García-Germán’s firm Garciagerman Arquitectos designed the Desert City research and development centre for a a stretch of former wasteland set between a motorway and the foothills of the Upper Manzanares Basin Regional Park in San Sebastián de los Reyes. 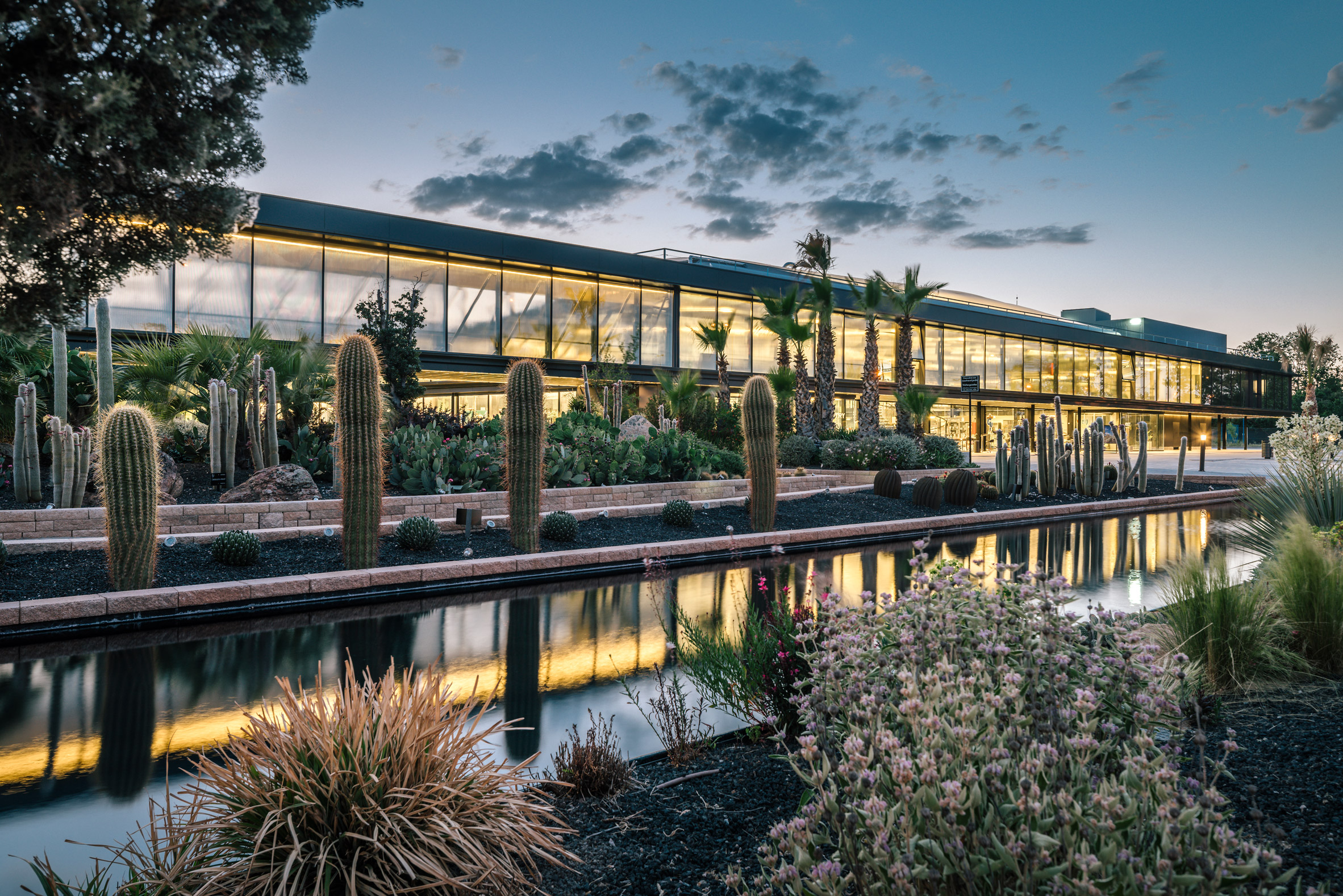 The 16,000-square-metre facility includes both indoor and outdoor gardens for xerophytes – types of plants such as cacti and succulents that require little water.

The centre also includes laboratories and workshops, as well as a restaurant and shop, as the site is open to the public as a garden centre. 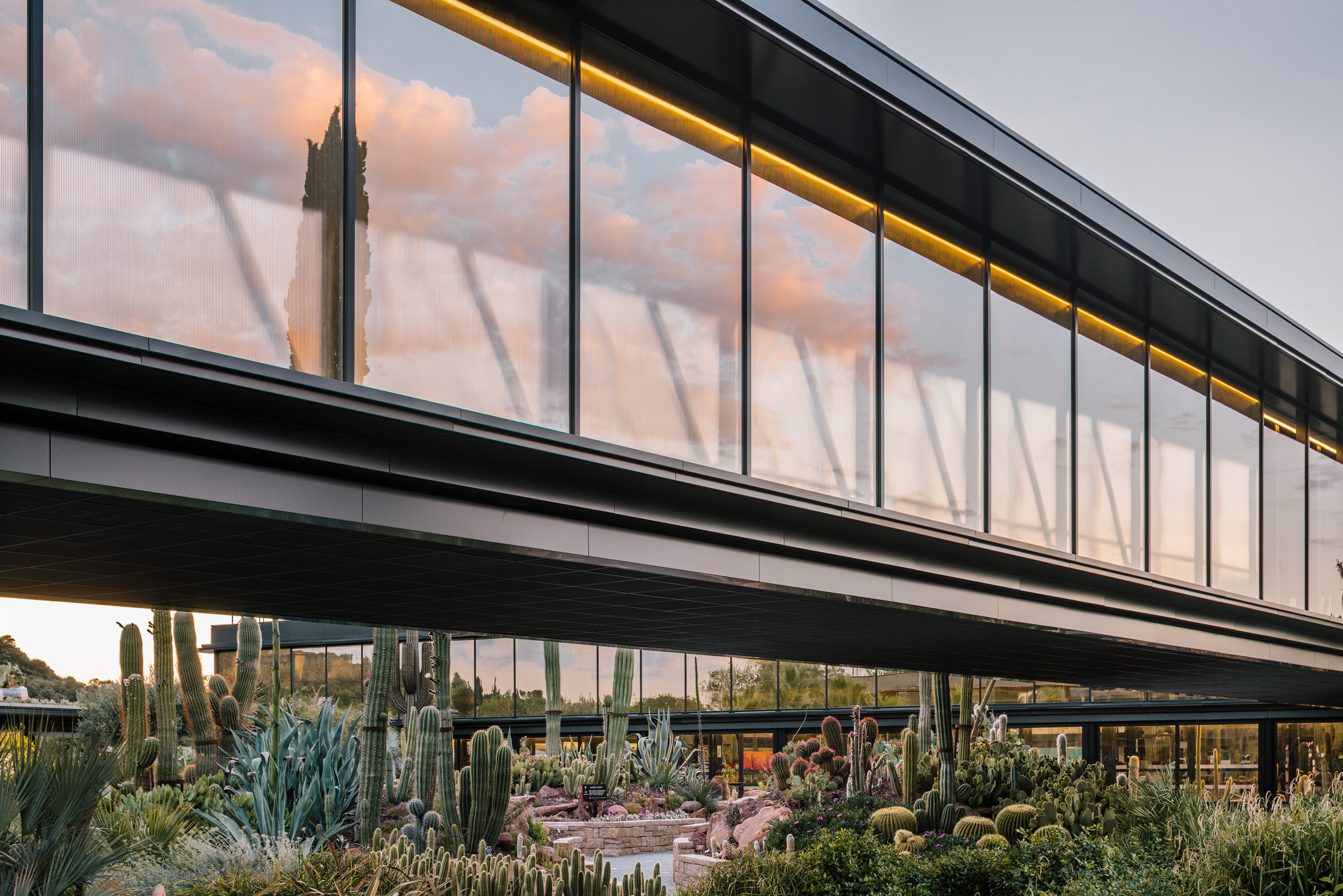 “The client is a group of cacti enthusiasts and aficionados led by Mercedes García Bravo, a self-made woman, professional chemist and engineer, and who four years ago gave birth to Desert City by purchasing a former wasteland and progressively converting it into the exuberant garden it now is,” García-Germán told Dezeen. 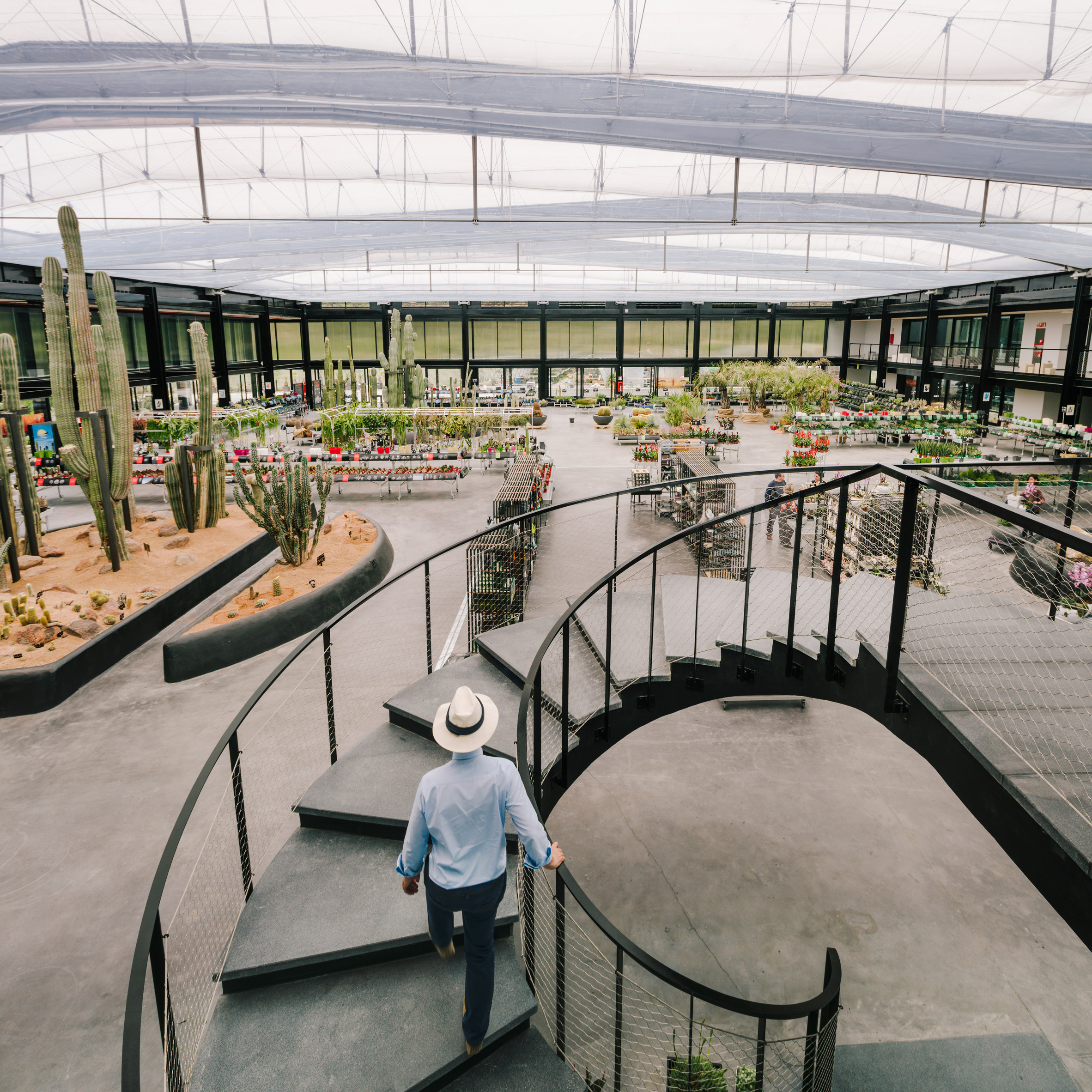 A pair of linear glass corridors stretch out across the gardens, which were landscaped with the help of Patricia Gammichia, joining two rectilinear blocks set at each end of the site.

This formation visually protects the gardens from the motorway that passes directly by it. 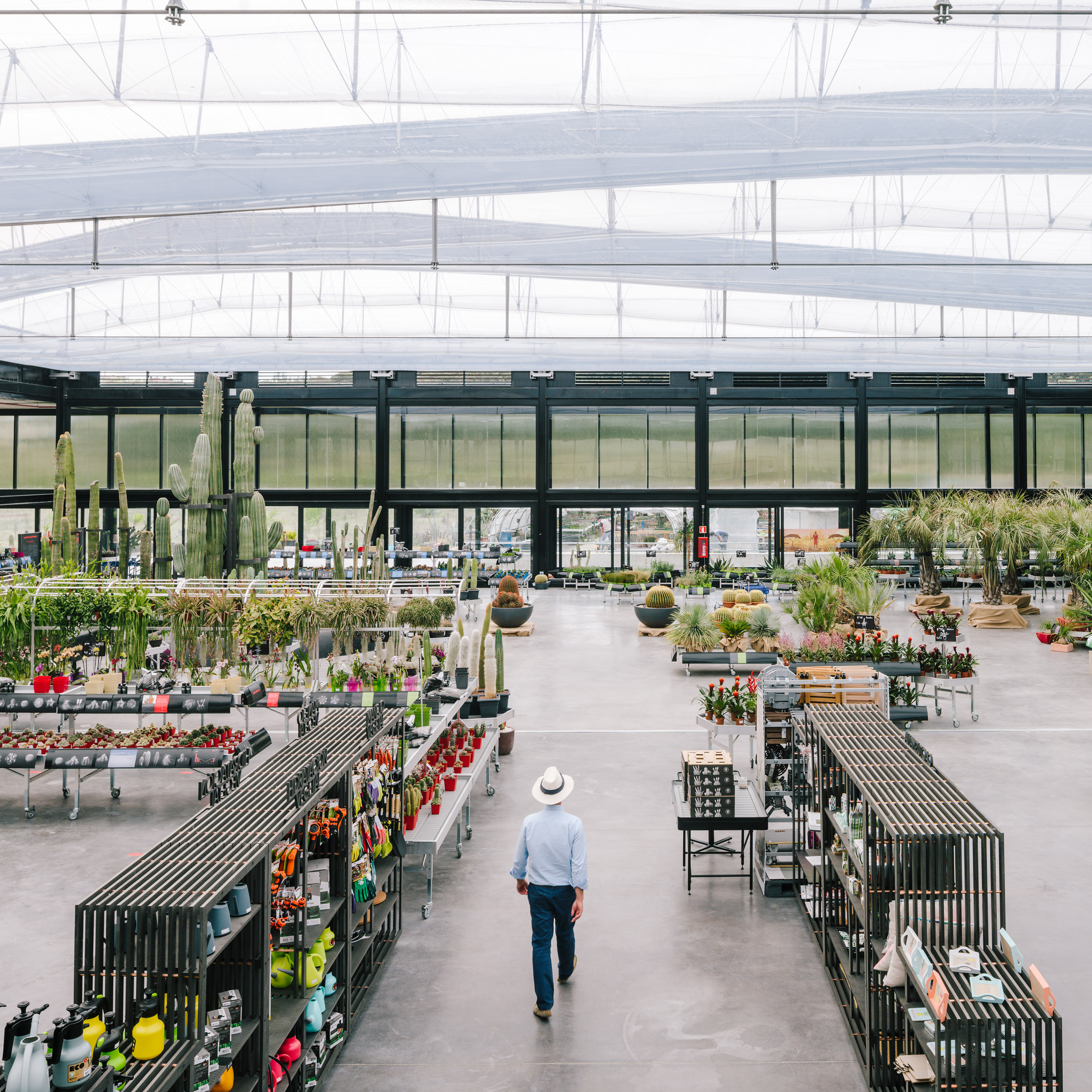 “A large longitudinal construction, lying parallel to the road, is symmetrically arranged as a garden-cloister, where visitors are received,” explained García-Germán.

“The Desert City environment was conceived to offset the neglected industrial image of other nurseries; hence the importance of attention lavished on finishes and the mise-en-scène of the interior, which aspires to astonish and delight visitors’ senses.” 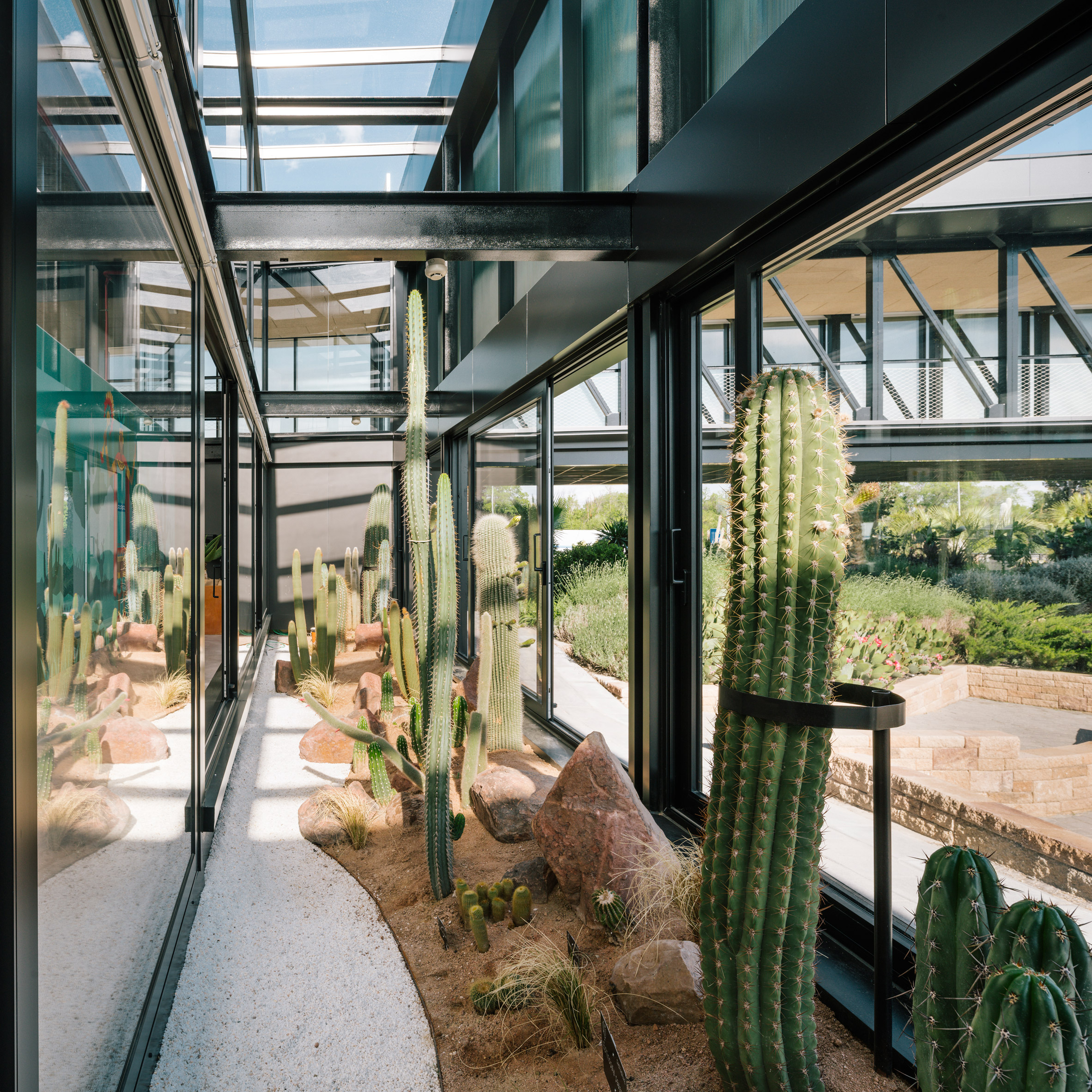 “There was a landscaping office involved who worked upon the design and execution of the garden while the architectural design was being completed,” he added.

“This turned the construction process into some sort of ‘installation’ upon the new garden, only touching it selectively, and enhancing the strong and polarized contrast between these two ‘artificial’ presences, nature and architecture.” 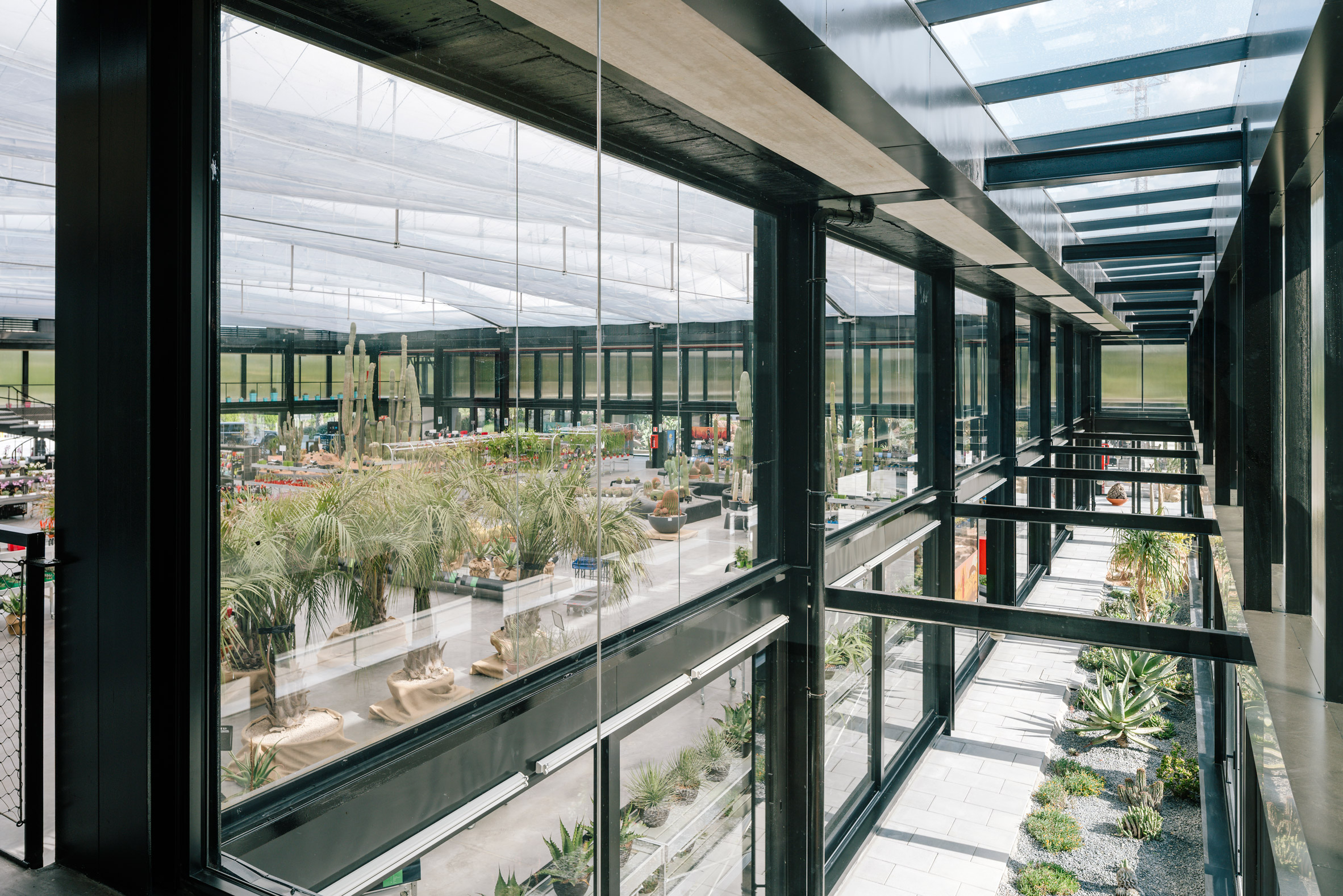 The roof of the nursery building is covered in an undulating roof made from traction-tensioned ethylene tetrafluoroethylene (ETFE) plastic.

This type of quilted plastic was also used by Danish firm CF Møller to create a domed tropical greenhouse in Aarhus, and for The Eden Project in Cornwall by Grimshaw Architects.

The gardens include 400 species of plants from five continents, which are grown in beds recreating arid and semi-arid conditions. Some beds are covered in sand to evoke desert settings, while others are topped by soil or gravel. 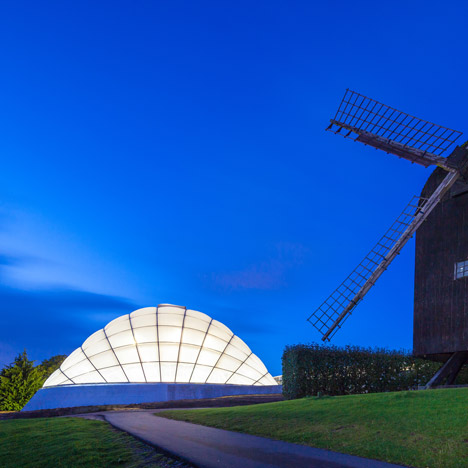