The four-bedroom MMS House was built on a longitudinal lot in São Paulo. It encompasses 411 square metres, built over three storeys and a basement. 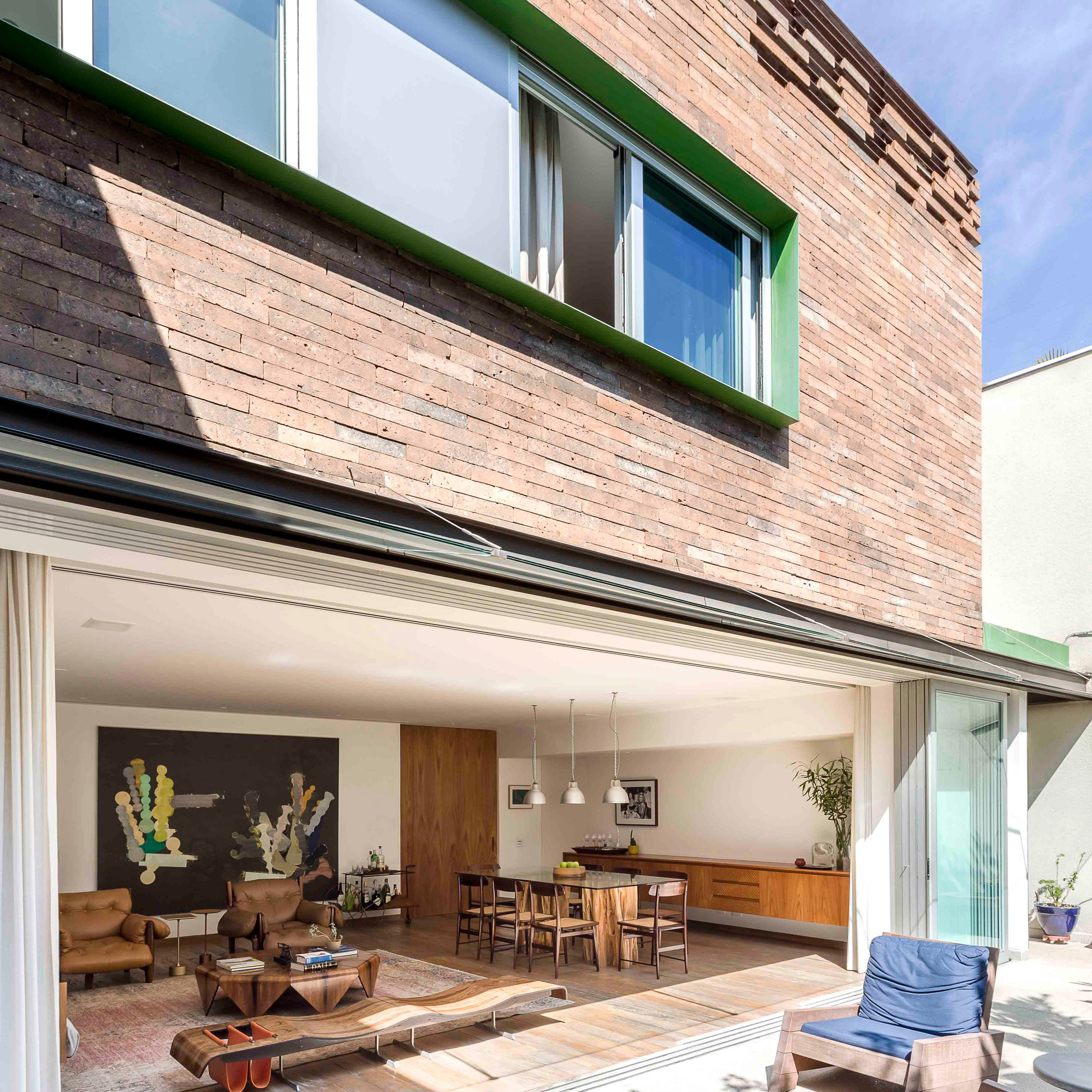 From the streetfront, the home is protected by an unassuming metallic wall punctured by two openings on either side of the residence. This wall defines a courtyard that occupies the front of the lot.

Through the bright green front door, an entrance hallway leads to an open-plan living and dining room at the end. 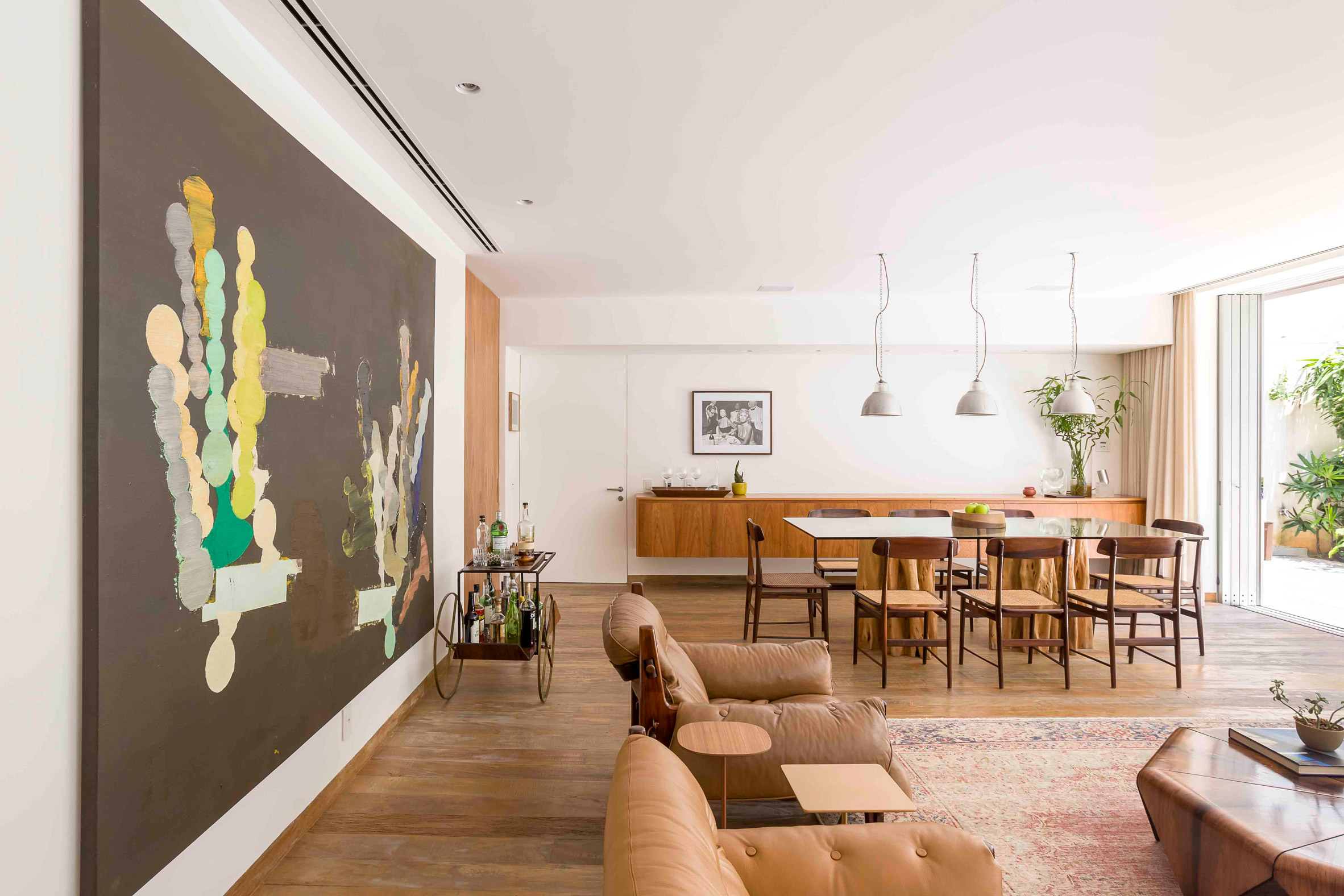 These spaces were designed together for family gatherings and entertaining. “We conceived the spaces in an integrated way in order to stimulate the social interactions of the residents,” said a statement from Pascali Semerdjian Arquitetos, which was founded in 2010. 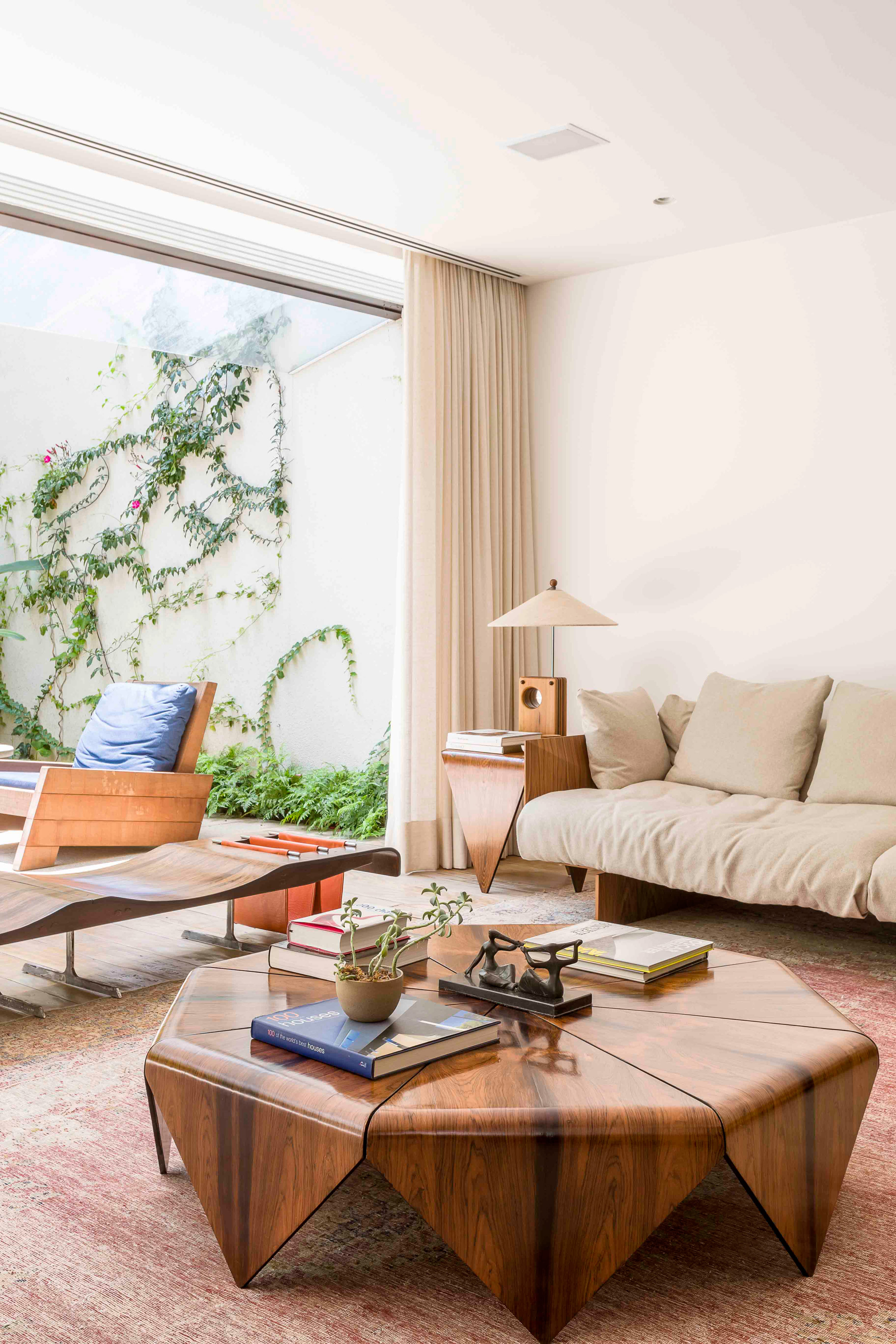 The living room floor is made of reclaimed wood, and the architects furnished it with pieces from Brazilian designers from the 1950s and 1960s such as Jorge Zalszupin and Sergio Rodrigues.

Sliding glass walls allow this area to open to the backyard, which is accessible via a terrace. The kitchen is adjacent to the dining room, but can be closed off by another sliding door. 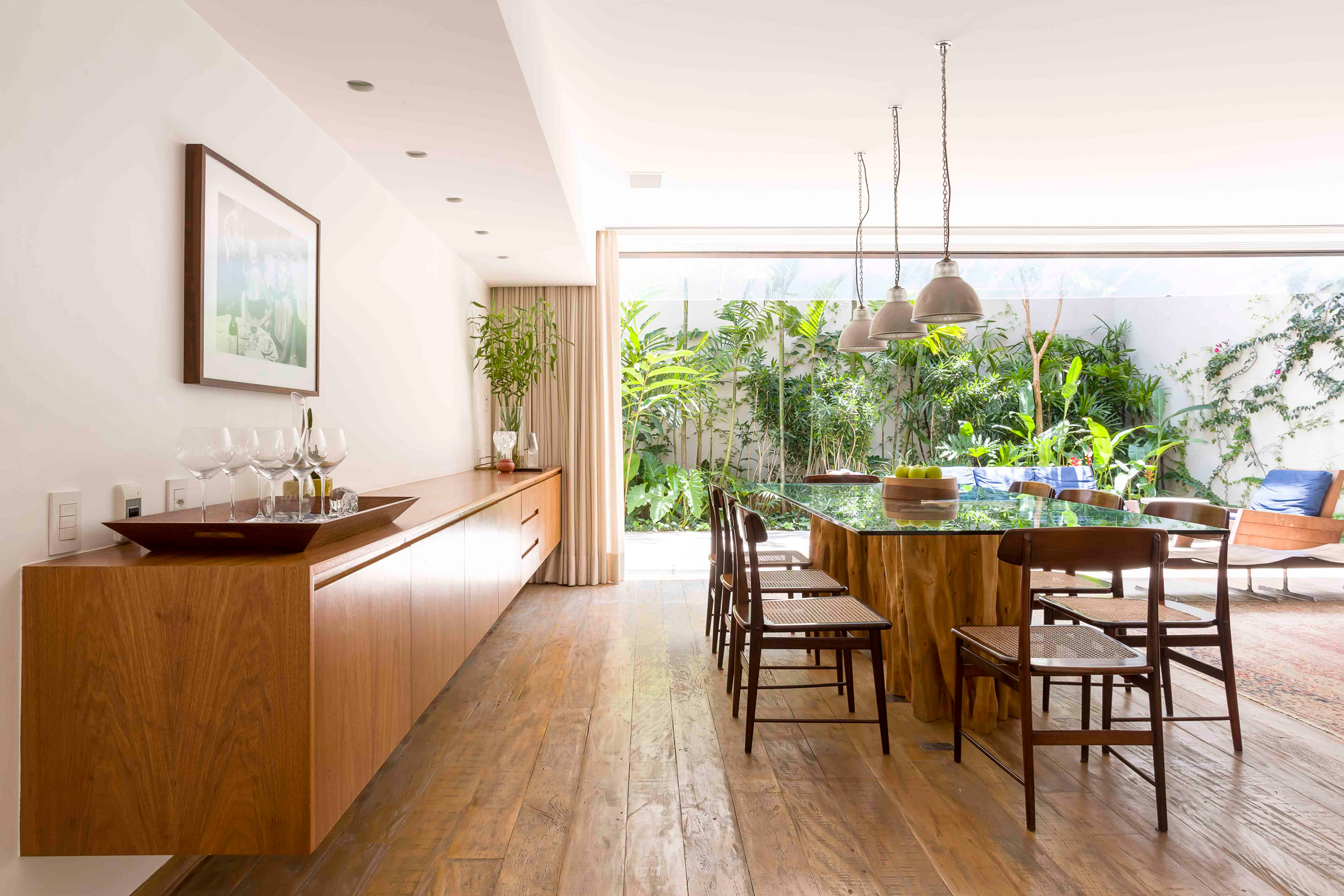 At the rooftop level, the architects included a small den and a home office. Climbing up to this floor also provides access to the roof. 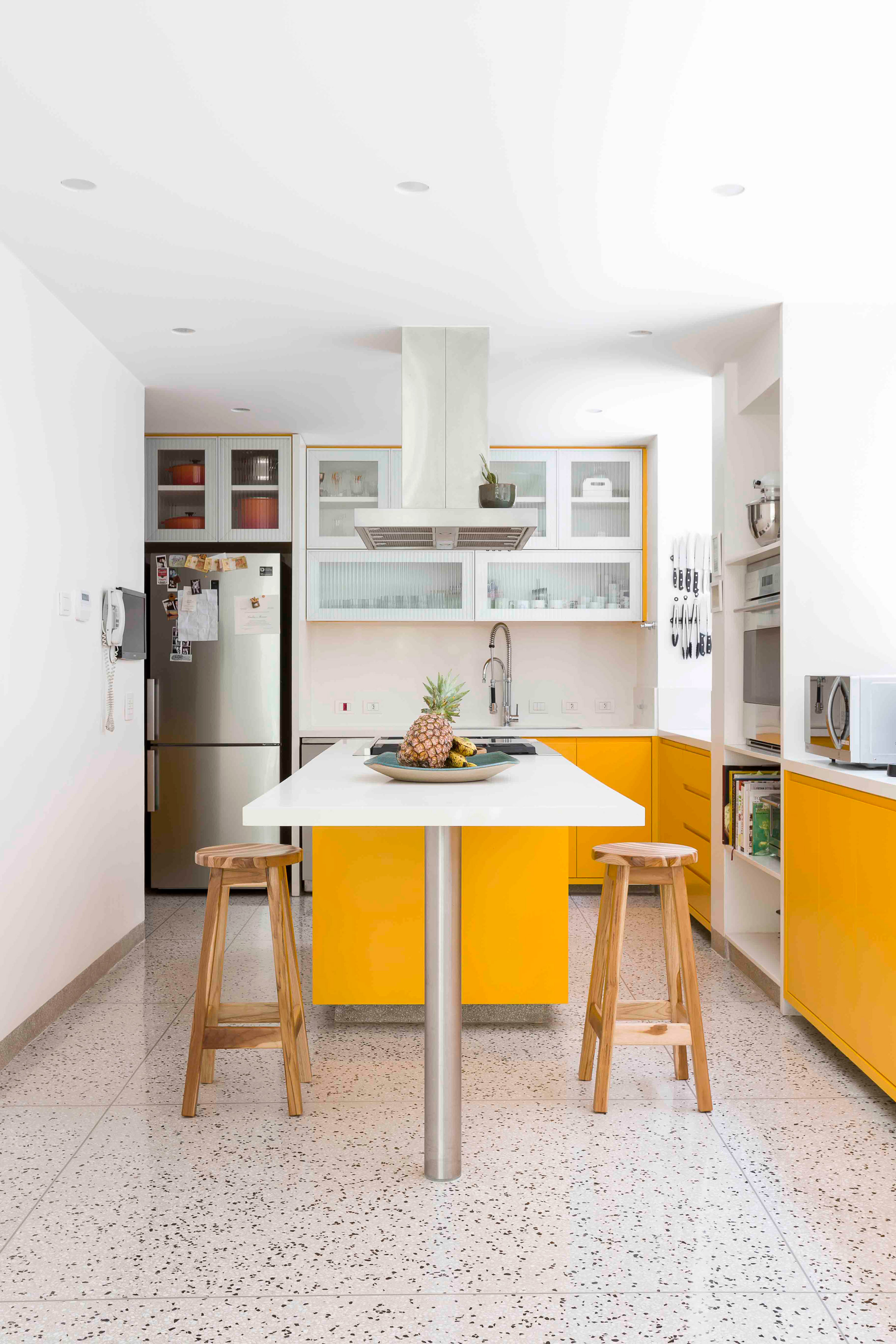 “Aiming at better comfort, we maximise natural light collection, ventilation and outdoor contact in all environments,” Pascali Semerdjian Arquitetos said. “It sometimes opens onto the street at the height of the treetops, or open onto an outdoor area with a tropical garden.” 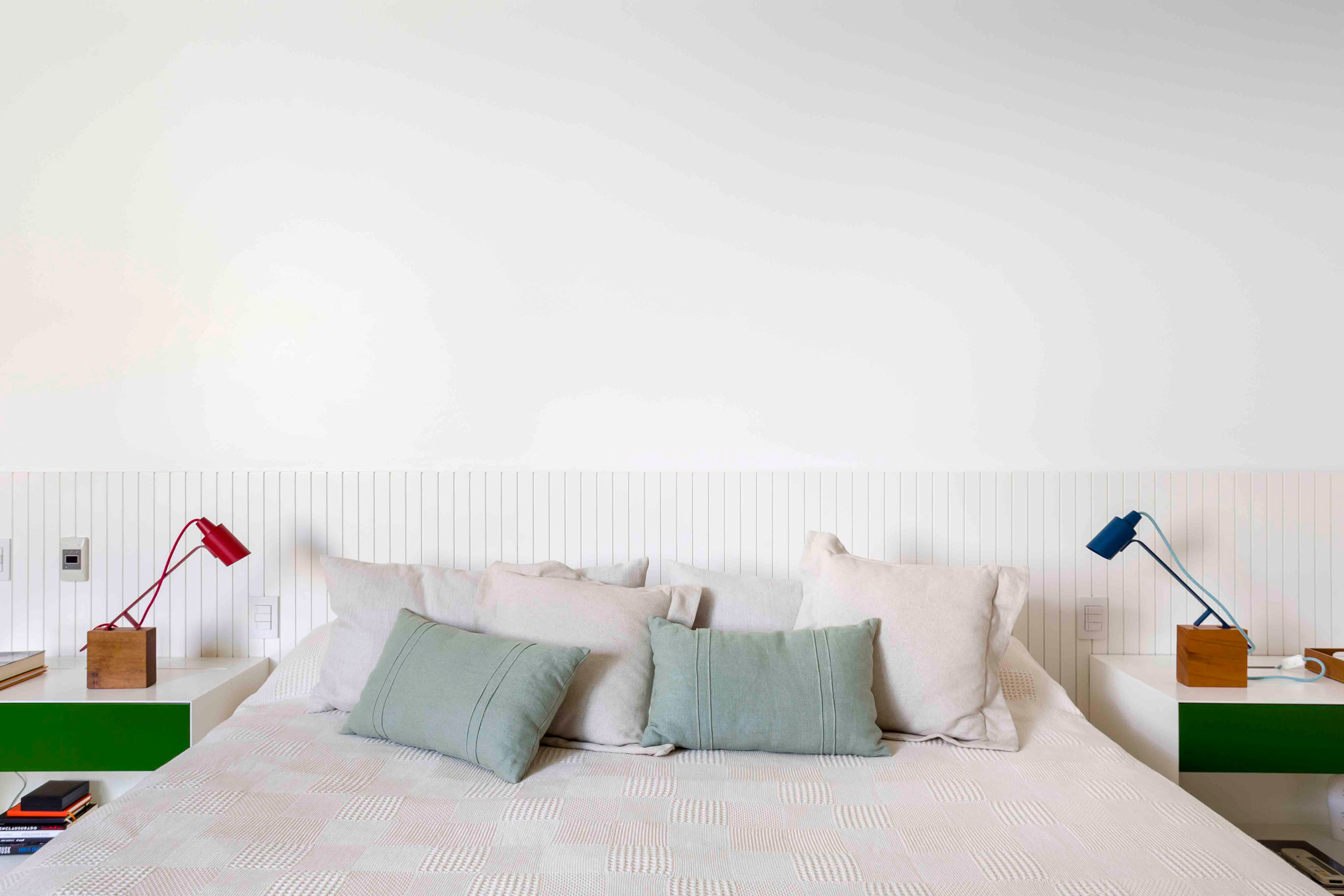 The owners were eager for the project to be built quickly and simply, so the architects used a hybrid structure that comprises a steel frame and reinforced concrete.

Facade bricks are increasingly offset at the top of the building, creating larger and larger gaps between them. The architects chose bright metallic shades of green for the doors and windows to contrast the brickwork. 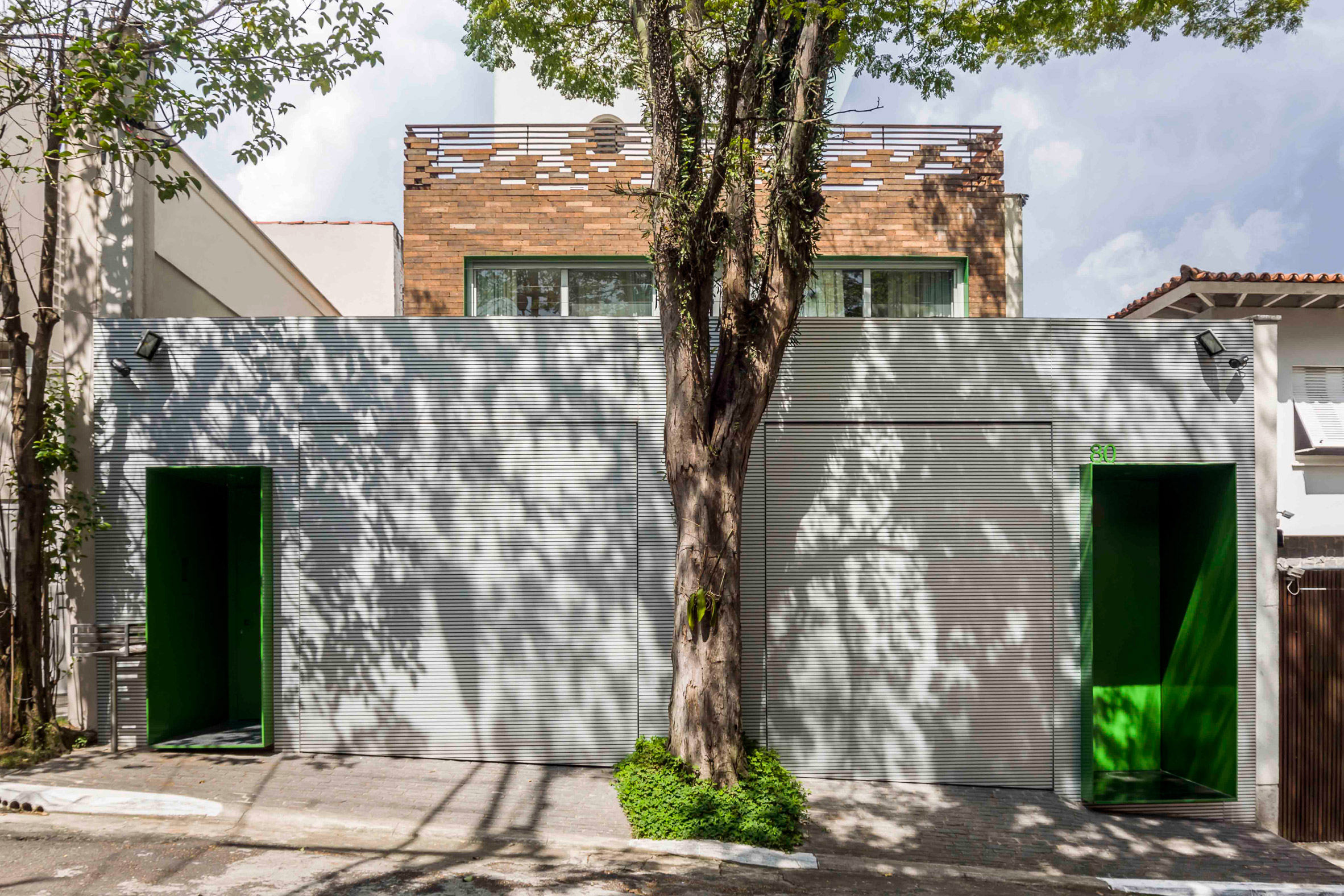 Brazil’s most populous city has an incredibly diverse array of private houses. Recently completed residences in and around the metropolis range from a tiny apartment that was renovated by Casa 100 Architecture to an estate in the suburbs that is covered by an expansive concrete roof.

Photography is by Ricardo Bassetti.