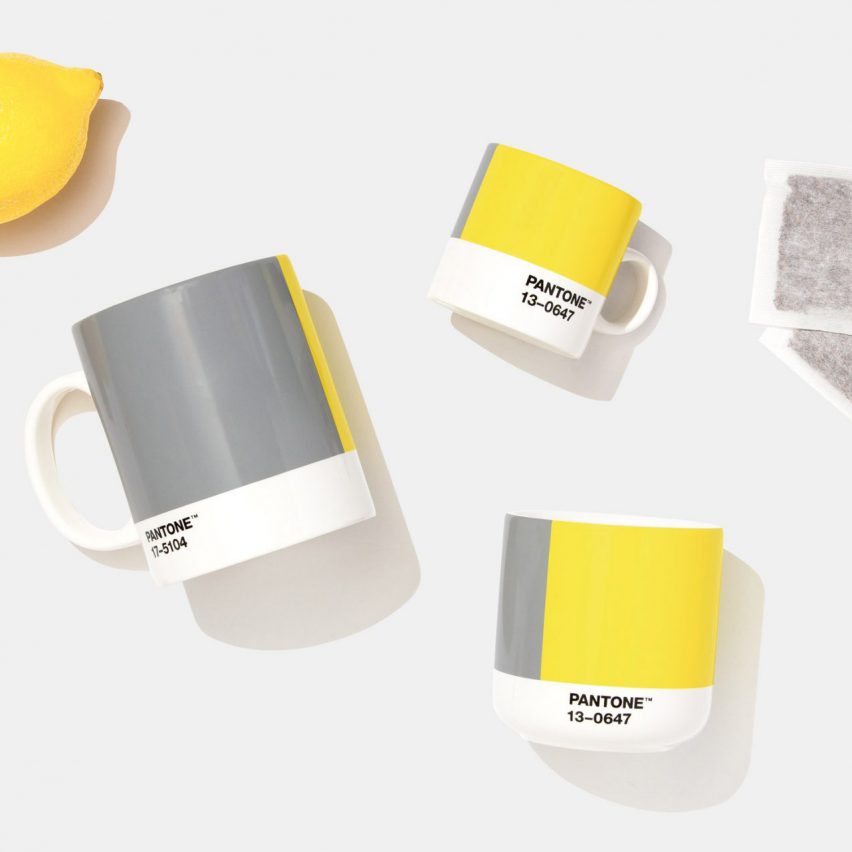 With its pick of two colours of the year for 2021, Pantone has tried to both reflect the depressing past year and predict hope for 2021, says Michelle Ogundehin.

The tricky thing with a colour of the year is to determine whether it is intended to be a prediction of what is needed for the year ahead, or if it stands as a sort of anticipatory reflection of what already exists.

Clearly, it’s easier to conjure the latter as you have a fairly solid basis for speculation, the year past. Plus, most major colour companies annually scour the globe for psychosocial clues or gather together a merry band of international trend forecasters and pick their brains, all for intimations of where the winds of change may collectively take us. But throw in the fact that this process often starts at least two years in advance of the year in question and the potential to get it all horribly wrong is laid bare.

In other words, most major brands would start work on 2021 predictions in Q3 of 2019, with the results are announced as work concludes on 2022 – it’s about allowing time for preparation of the requisite PR collateral as well as actual manufacture of any supporting product.

The potential to get it all horribly wrong is laid bare

Thus, while musing on 2020 at the end of 2018, I’d wager there were few pollsters wondering which precise shade of puce might best represent the possibility of a global pandemic! Dulux ultimately gave us Tranquil Dawn, a pale greyish green, the US paint giant Behr presented Back to Nature, a more yellowish-green, and Pantone went all misty for a profoundly optimistic Classic Blue redolent of an unblemished Mediterranean sky.

With this as a foretaste of how out of step such things can become, I was hardly holding my breath for 2021’s exercise in colour fortune telling. Just as well as in September Dulux launched Brave Ground, a cardboard box brownish beige while talking worthily of the need to have courage.

Now Pantone has proffered a down in the dumps Ultimate Grey. But wait, no, it’s also bringing to the party Illuminating, a vivacious bright yellow. Talk about hedging your bets! The presentation of such a spectrally diverse colour coupling is to literally cover both sides of the table at once.

According to Pantone executive director Leatrice Eiseman, this year’s double-dip gamble – for let’s call it what it is – signifies how “different elements come together to express a message of strength and hopefulness that is both enduring and uplifting”.

Pantone has proffered a down in the dumps Ultimate Grey. But wait, no, it’s also bringing to the party Illuminating

Right. What I see is a bog-standard grey – described accurately as “practical and rock solid” paired with a pretty unapologetic yellow that recalls Mr Happy, the Roger Hargreaves cartoon character.

You can’t help but imagine the backstage boardroom debates as the Pantone powers that be plumped for the grey, maybe coming from the same emotional wellspring of mehhr as Dulux. Then at the last minute, they lost their nerve – or came to their senses, depending on how generous you care to be, and recognised that grey alone would be too depressing.

Cue the eureka moment of let’s send it out alongside its polar opposite and call it deliberate! Genius. And Pantone has form in this regard. In 2016 it debuted both a pale pink and a light lavender blue in an expression of “societal movements toward gender equality and fluidity”?

Consequently, we have its answer to the earlier posited conundrum of what should a colour of the year represent — where we’re at or what we need? As far as Pantone are concerned, for 2021, it’s both.

This way it can cheerfully concede that we’re neck-deep in the doldrums while cheerfully suggesting that everything will be absolutely AOK again come a sunny spring – or vaccine.

If only it were that simple. Instead, as a species, we’ve been shown to be largely chaotic, over-cossetted, and possibly evolved to the point of weakness. Gout is on the rise in adults as is rickets in children, both 18th-century diseases re-emerging in the 21st century as a result of increasingly sedentary lifestyles, hunched over phones and screens and not enough time spent outdoors physically engaging with what’s left of the natural world.

Our modern sophistication has brought us rising rates of chronic disease, obesity and depression, even before Covid-19 lurched onto centre stage. Arguably, we are already in the midst of grey – or box beige – times, and already painfully aware of just how under-whelming they are too.

After all, grey is nothing more than the thinking person’s magnolia. The sophisticate’s default when decorative indecision strikes but beige is deemed stylistically verboten. But it is still a colour of submission.

Grey customarily signifies the dull, drab and dreary. It is a watered-down shadow of a stronger hue, a concession to a lack of discernible character. Indeed, who can forget former UK prime minister John Major‘s damming satirical Spitting Image puppet, depicting him head-to-toe in grey, from skin tone to clothing. Regardless, such shades crept up the popularity charts as pundits raced to declare them terribly à la mode.

Grey is nothing more than the thinking person’s magnolia

And yellow? Well, yellow is globally perceived as representative of optimism, creativity and enlightenment, associated as it is with the sun and its life-giving warmth. However, there is a corollary to all that jolly positivity.

In China, adult movies are often referred to as “yellow” films, in Italy “giallo” refers to crime stories, and it is also almost universally used as the colour of caution. Why? Because the human eye processes yellow first, making it perfect for traffic road signs that urge us to slow down.

Historically yellow also depicts cowardice, betrayal and madness, the latter because it’s typically the colour of malady — think jaundice, malaria and pestilence, all diseases that render the skin yellow to signal the sickness within. Perhaps it’s no surprise too then that many early sources of natural yellow pigments were acutely toxic: cadmium, lead and chromium.

In conclusion then: Pantone’s picks for 2021 could be read as heralding a year of anodyne boringness underpinned by a capricious hint of malice and decay. Alternatively, the selected duo says the sun will shine once more but in the interim just mask up and carry-on cowering at the altar of heightened hygiene.

Ultimately, the only thing more irritatingly predictable than the declaration of such an overtly happy clappy yellow to signal hope for the future, is the avalanche of perky lemon things that nobody needs or wants, that will inevitably follow it. No doubt they’ll all be set fetchingly against a backdrop of infinitely forgettable greige too.

The post "Grey alone would be too depressing for 2021's colour of the year" appeared first on Dezeen.