Costa Rica studio Carazo Arquitectura has completed a concrete residence that sprawls across the summit of a hill and steps down the slope into a canopy of vegetation.

The Murray Music House is situated in the small Costa Rican city of Heredia, which forms part of the capital San Jose’s greater metropolitan area. 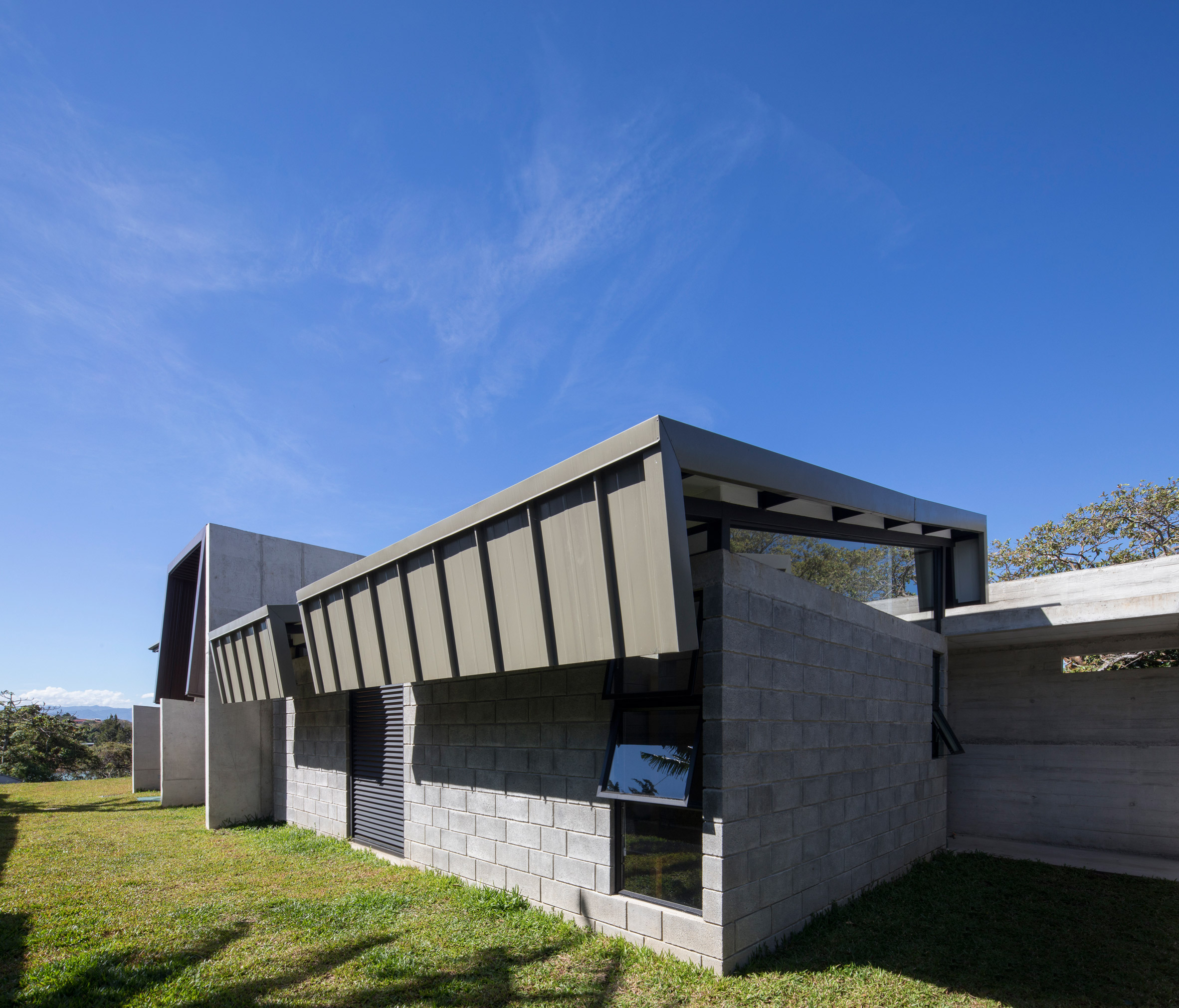 The clients – a young family of five – provided the architects with a lot of input during the home’s design.

“[The clients] provided feedback consistently throughout the design process,” Carazo Arquitectura said. “It became a key factor in defining every space and corner of the residence.” 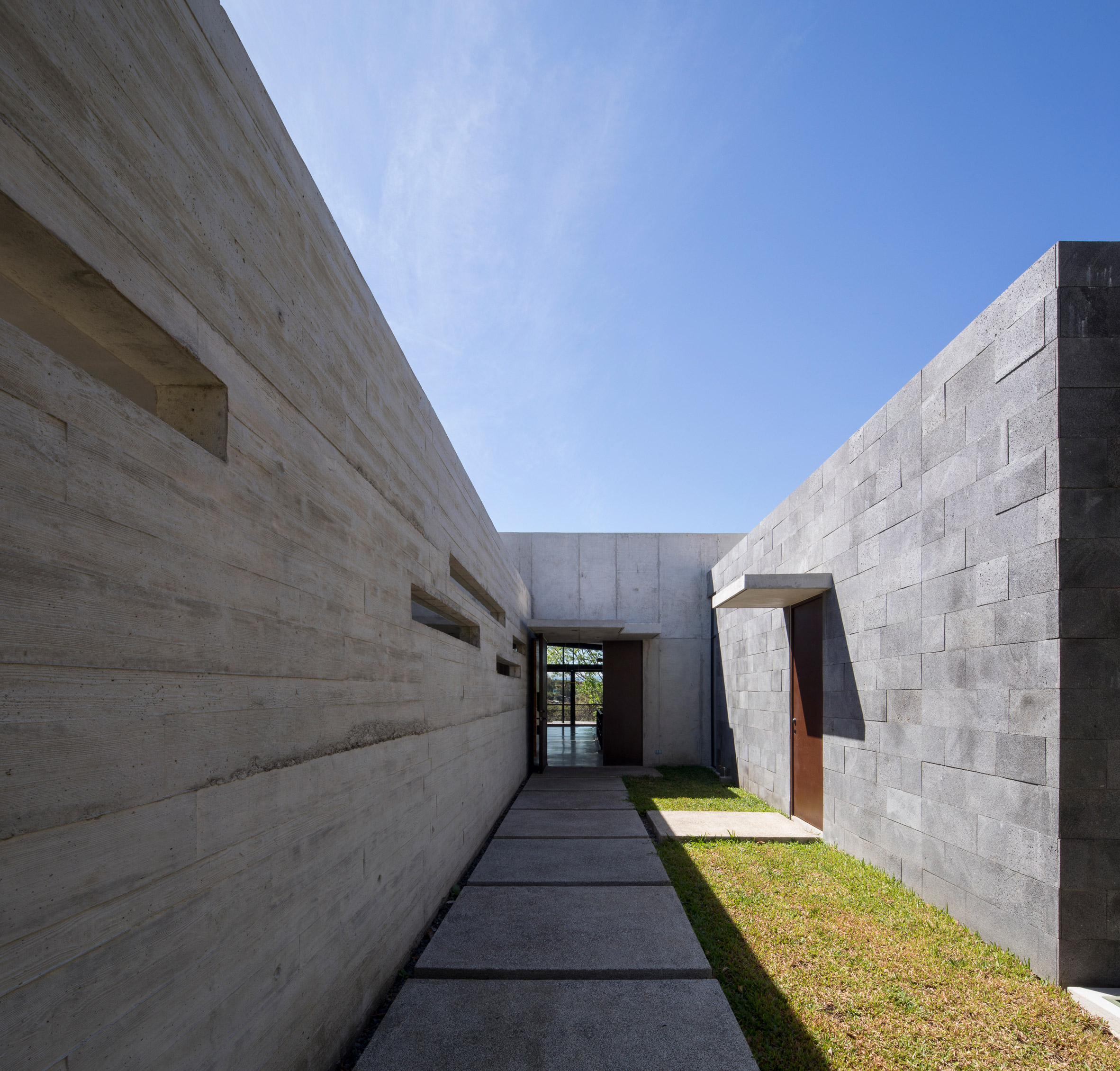 The studio planned the building’s programme in response to the terrain. Bedrooms sit beneath the shade of trees at the hill’s base, while communal areas take advantage of light available on the relatively sparse summit.

“The lower level has the quality of being immersed in the ground and within a wooded area that promotes privacy, while creating cool environments during the day and warmth at night,” said the firm. 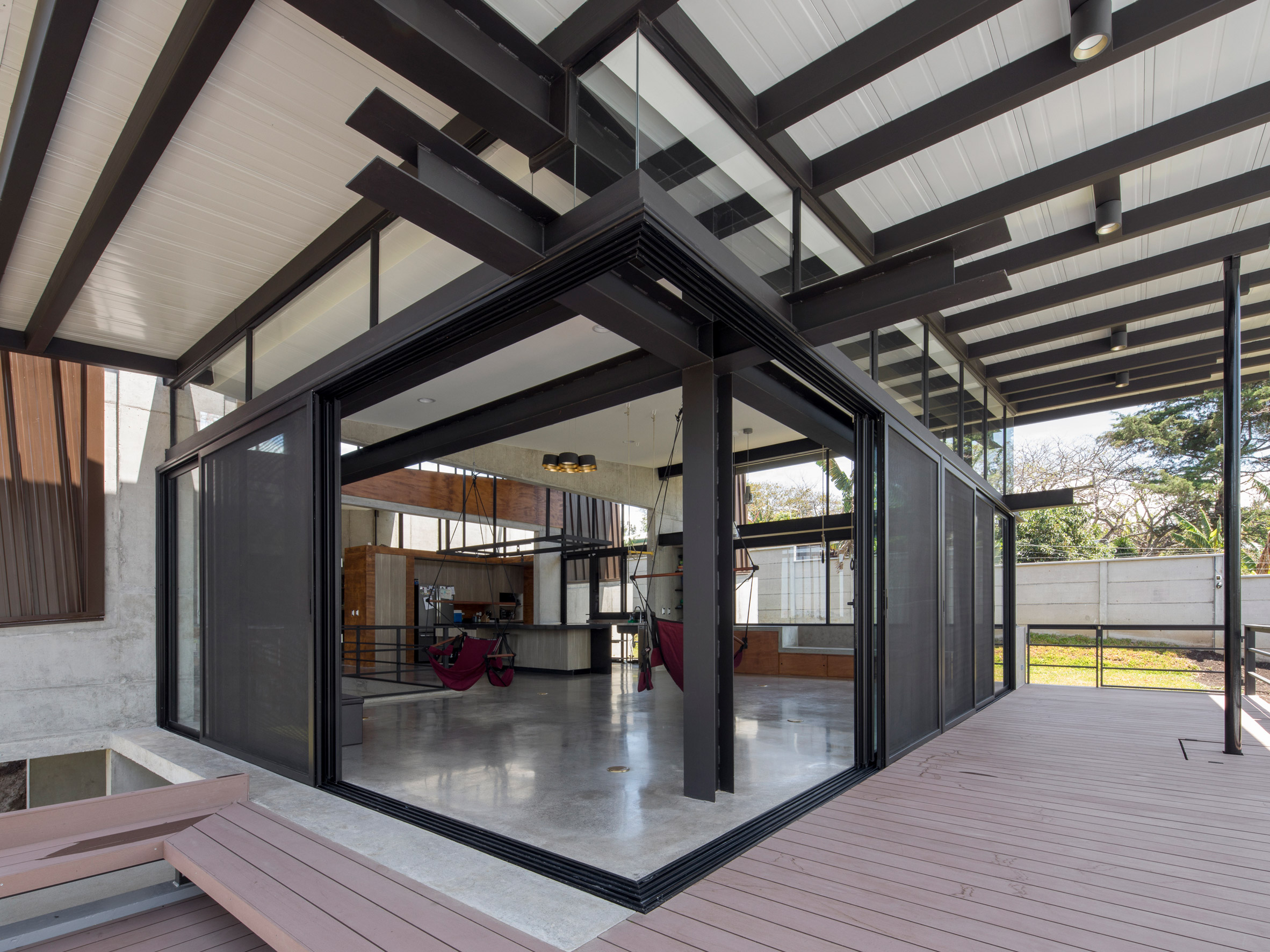 “The facades on the upper level are clear of vegetation to allow greater amount of natural light into the social areas – the terraces, the walls and open spaces canvases for the sunlight.”

Two intersecting components make up the upper floor plan. The main rectilinear structure extends from the threshold at the northwest edge to a porch at the opposite end. 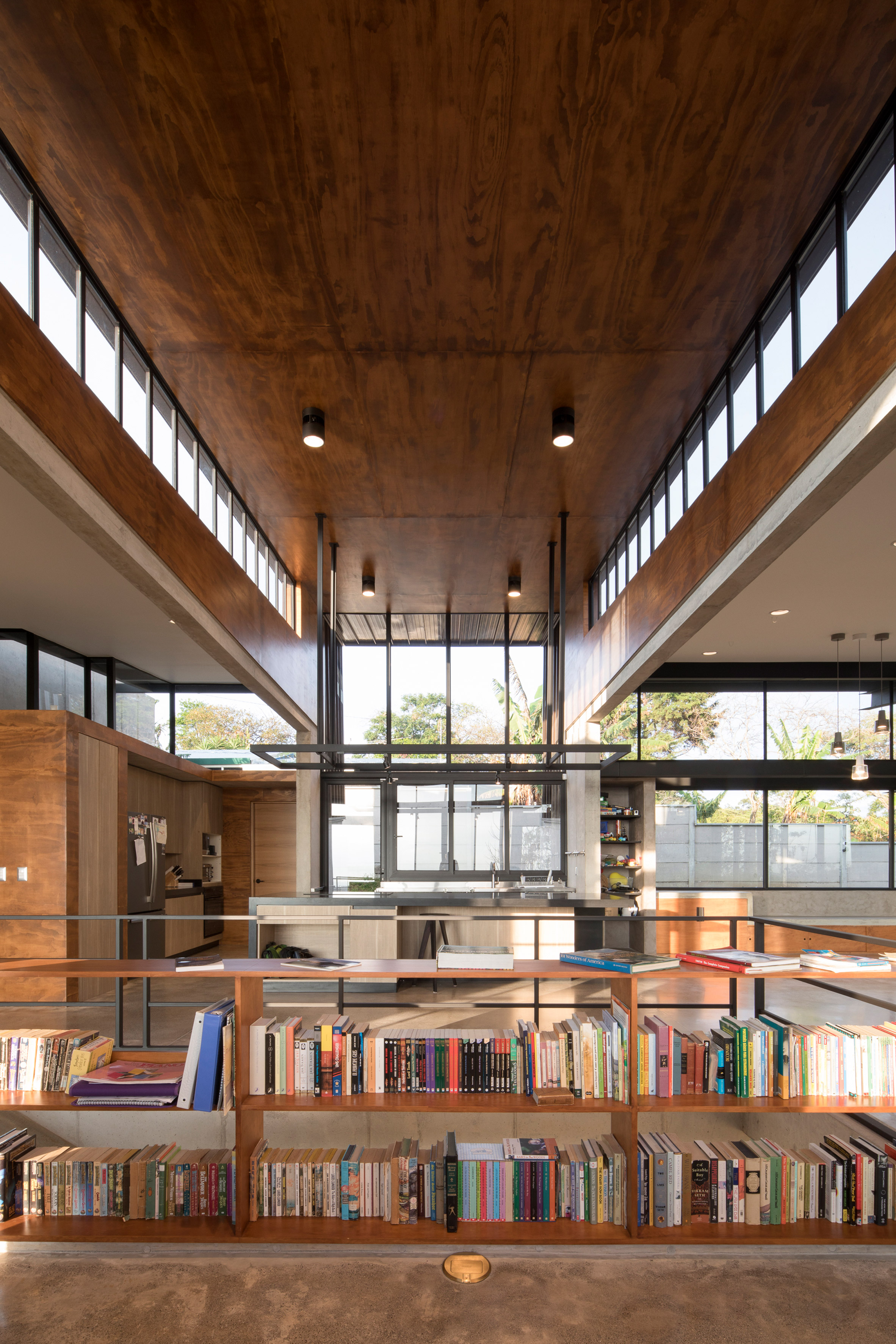 The second volume intersects the middle of the plan and has a higher ceiling that allows in more light through clerestory windows on either side.

Inside, this bright, open space is occupied by a combined kitchen, lounge and dining room. Providing for adaptable rooms was a key theme in the firm’s plan. 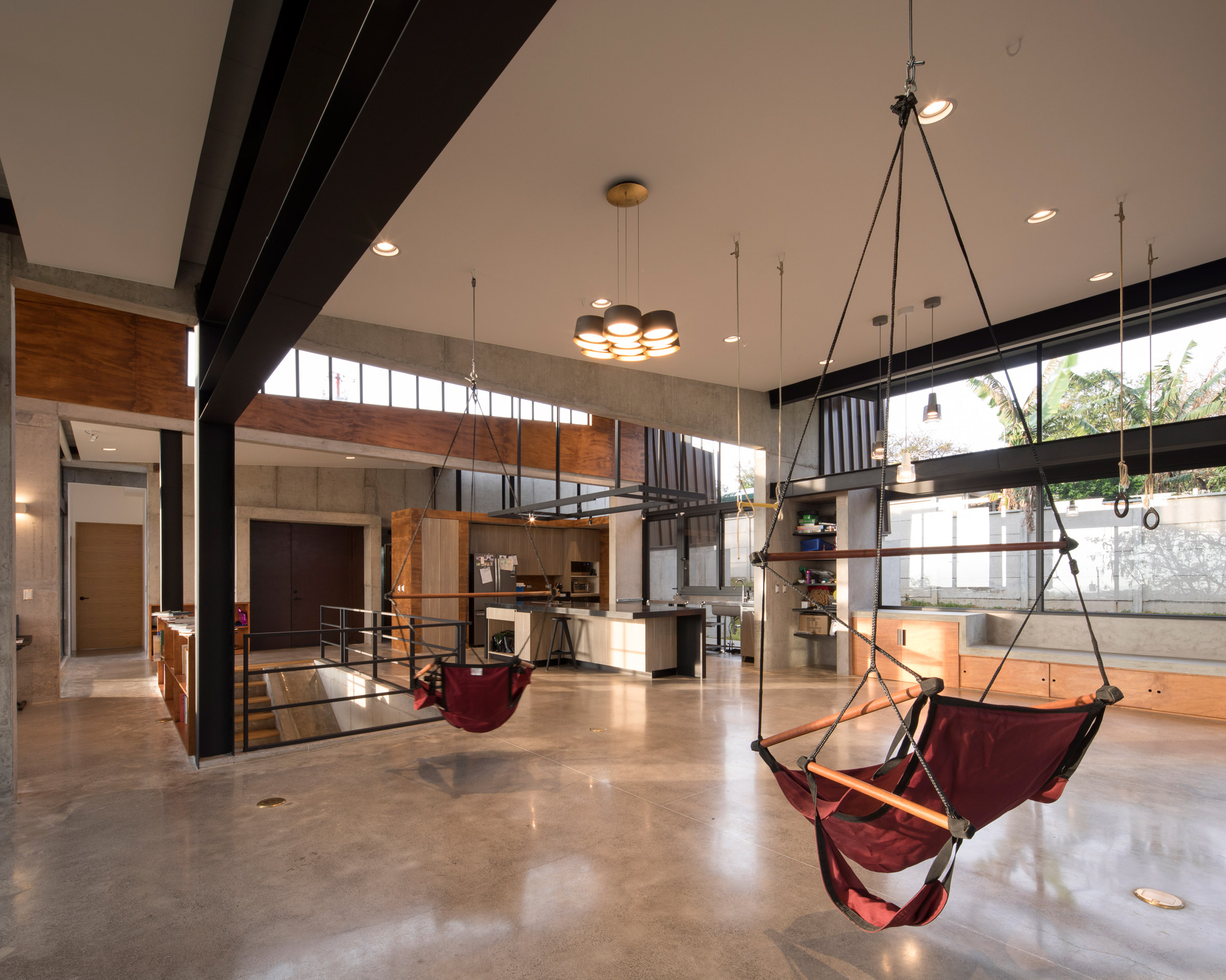 “To inhabit a house is to use each of its spaces, not exclusively for just one purpose – a kitchen won’t just be used for cooking, neither a room just for sleeping, nor a hallway just as a linear path,” Carazo Arquitectos said. 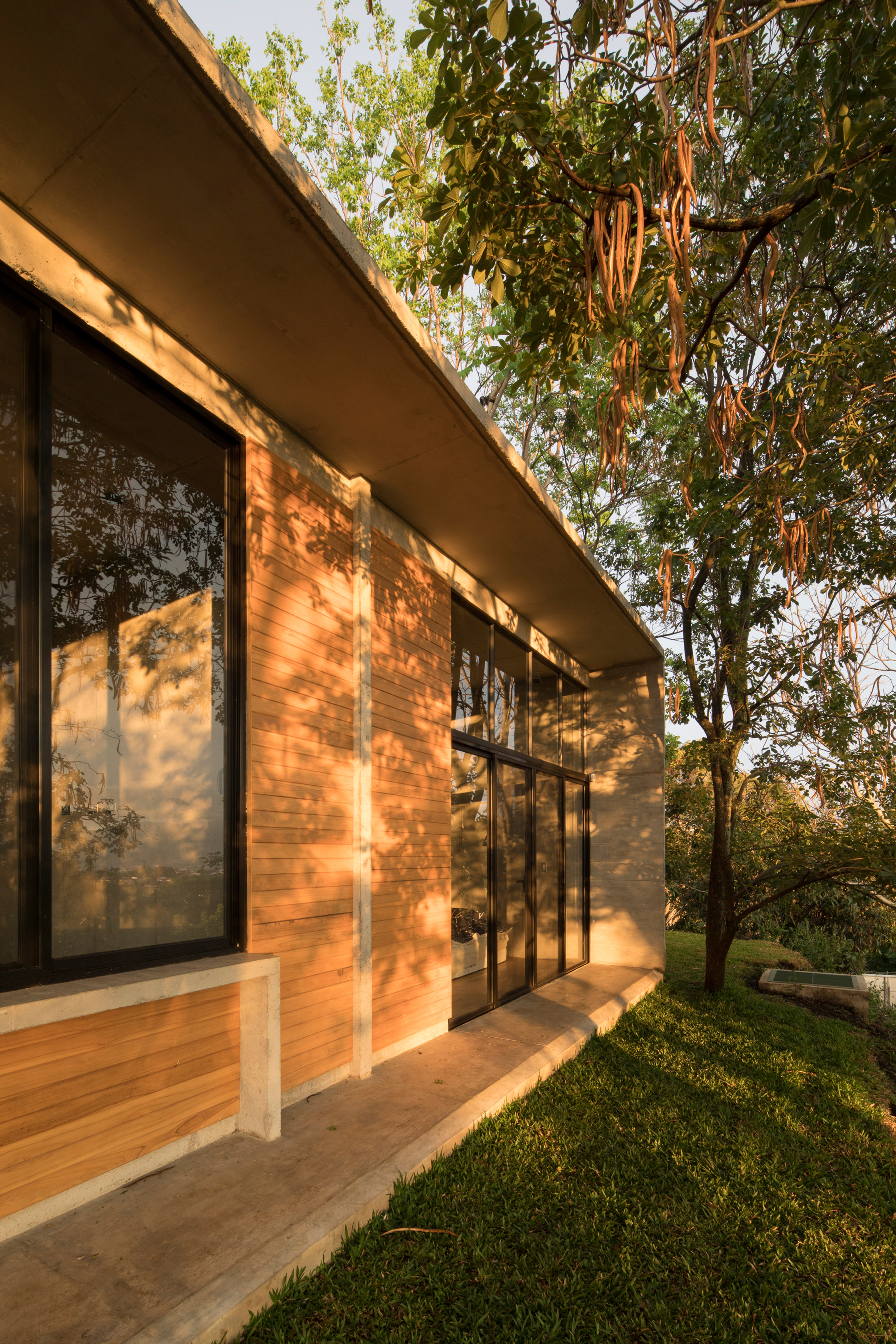 Hallways flanking the home’s entryway provide further examples – benches with adjacent bookcases are scattered along the walls, while play-nets draped from ceiling connect to mezzanines from bordering rooms.

In the lower volume, four bedrooms along the structure’s perimeter encircle a small living room. 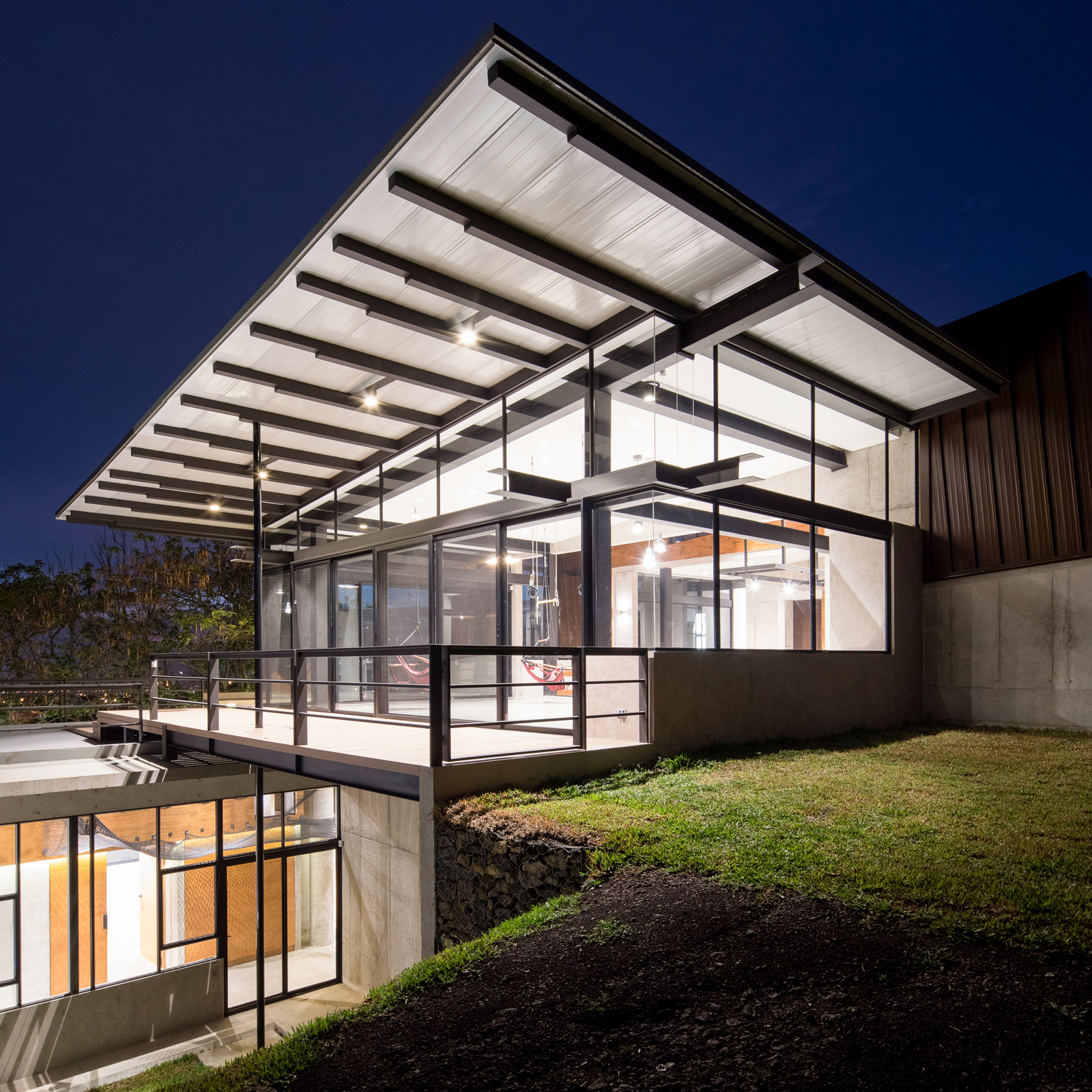 From the lounge, a staircase set into a concrete mass leads to the upper level, where it finishes opposite the entryway.

Wood caps the concrete steps, while black-framed glazing spans the southwest side of the staircase. The architects balanced these three materials across the interior. 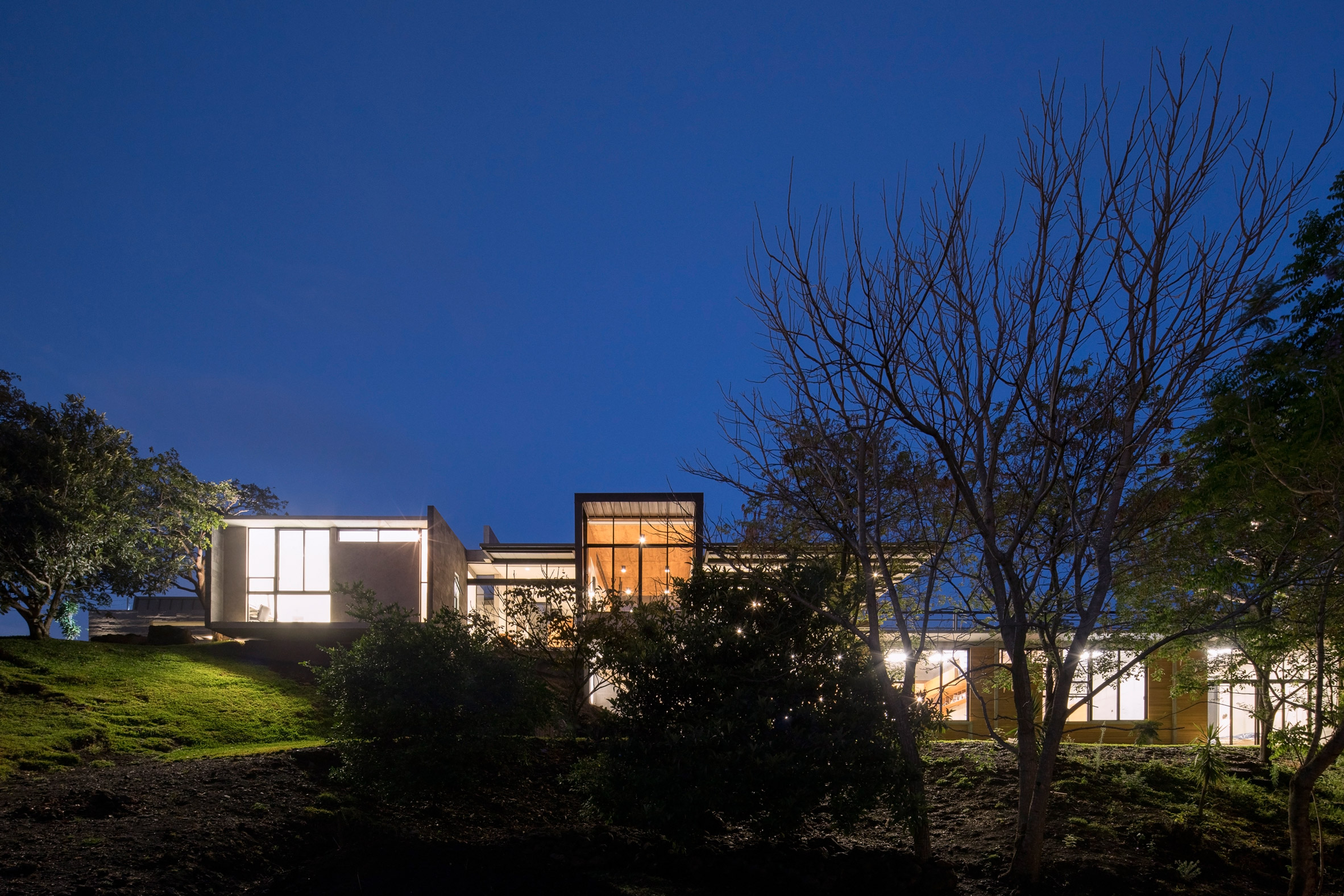 Known for its verdant, rolling landscape, Costa Rica is also home to a steel-and-glass house that offers panoramas of San Jose, and a house elevated above a canopy of trees. 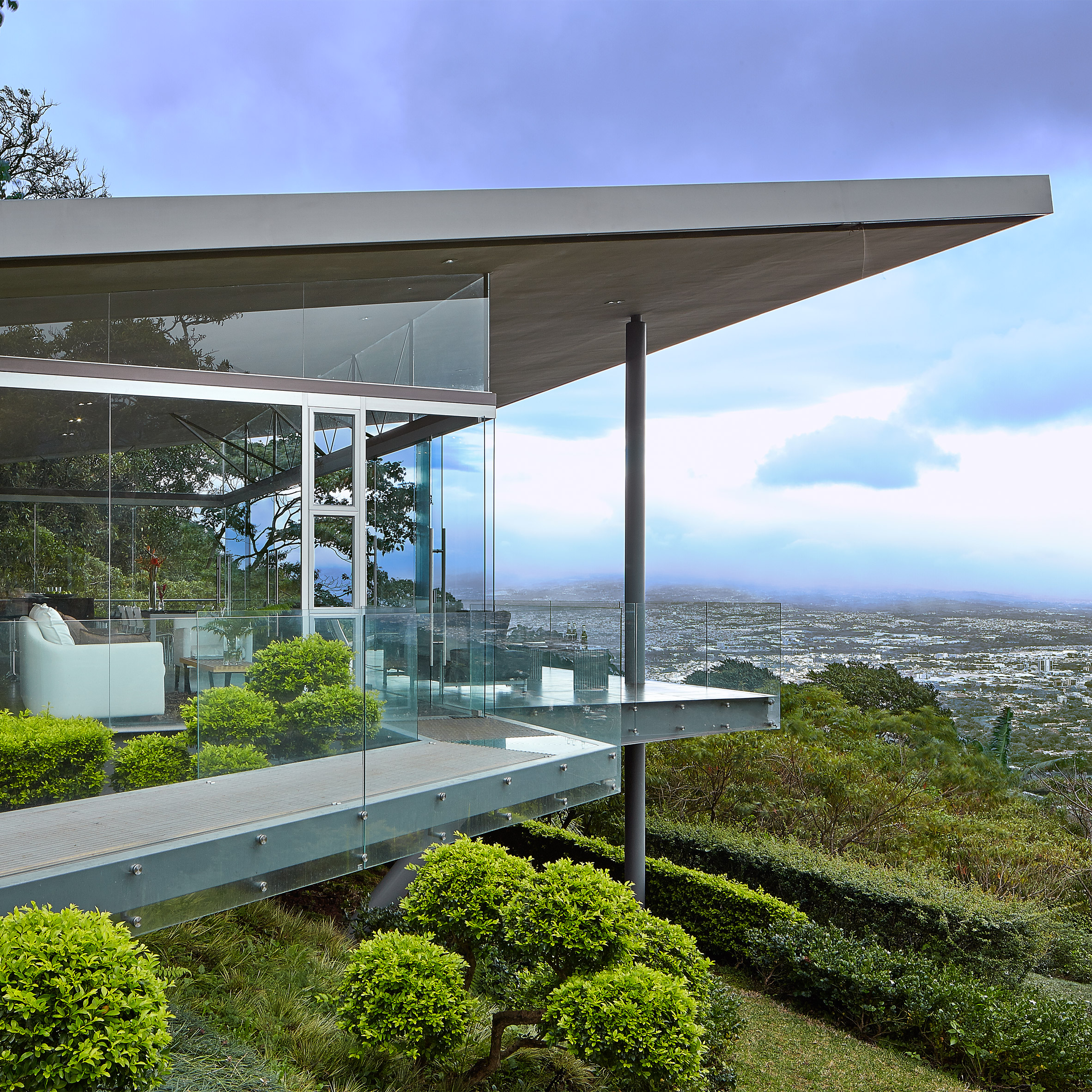