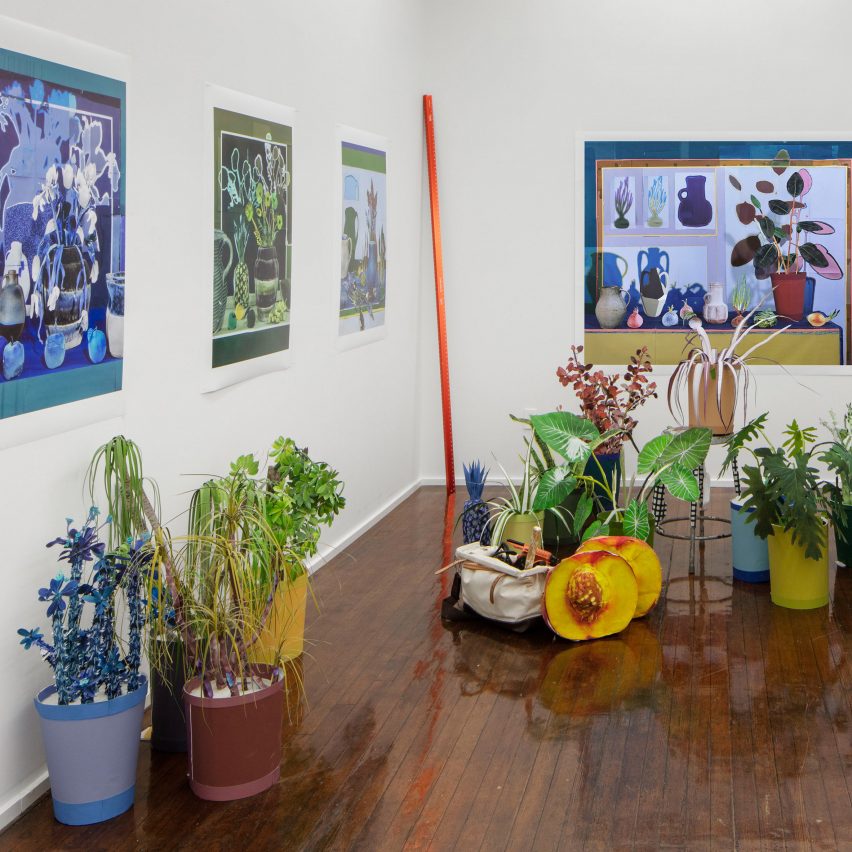 New York studio GRT Architects has transformed a turn-of-the-century Brooklyn townhouse into a home and studios for an artist couple, featuring a mix of functioning studios and eclectic interiors.

The house was previously the location of the Seneca Club, a local Democratic institution.

GRT Architects divided the townhouse to form both a house and working studios for artists Ruby Sky Stiler and Daniel Gordon, and their young family.

Visitors are greeted by a rustic, tan-coloured facade and an elevated front door that is reached by steps that are typical of a Brooklyn townhouse.

Inside, the artists’ studios are located at parlour level – the floor accessed by a traditional townhouse’s front steps. It is typically the level featuring the grandest architectural elements.

“The vast majority of what you see is a restoration of existing elements or custom-made,” said GRT Architects co-founder Rustam Mehta.

The architecture studio took care to preserve the house’s traditional elements while transforming the parlour level into the artists’ studios, which are separate from the living areas located on floors above.

At garden level, the property includes another shared workspace. What was originally an in-law apartment, which is typical of houses of the period, is transformed into separate rooms for shooting photographs, plaster-casting and screen-printing.

Upstairs, the living portion of the house is placed between two levels, in smaller rooms than those with tall ceilings that make up the studios below.

Wang also produced the millwork for stairs which lead to a potted plant-filled garden terrace, placed directly above the garden.

“An intentionally mismatched solution” is how GRT Architects described the style of the house’s second-floor bathroom.

Continuing the house’s theme of restoration, surplus cement tiles from the artists’ previous home have been repurposed to create monochrome checkerboard bathroom floors.

A black-and-white clawfoot bathtub by Waterworks matches these floors, while another white Fantini Rubinetti faucet contrasts with a slab of Breccia which decorates the sink area.

Noguchi Akari bubble lamps brighten the white-walled space, which has a cosy low-slung sofa and an Aztec-style patterned rug.

Bedrooms for the couple and their two children are located on the house’s top floor, which GRT Architects improved with what they called “selective removals”.

In order to insulate the house’s sloped roof, the architects removed a flat dropped ceiling. Like with other rooms, exposed-brick walls are painted white and provide a bright and airy backdrop for more colourful furniture.

In order to maintain effective insulation, the existing lath-and-plaster was removed to expose the walls.

GRT Architects is based in Brooklyn and was founded in 2014. The firm recently designed a black house with the layout of an open-plan studio in New York’s Dutchess County.

More Brooklyn townhouse projects include a new-build with Passivhaus principles by The Brooklyn Home Company and an all-blue renovated property by LOT Office for Architecture.

Photography is by Evan Jorgensen.