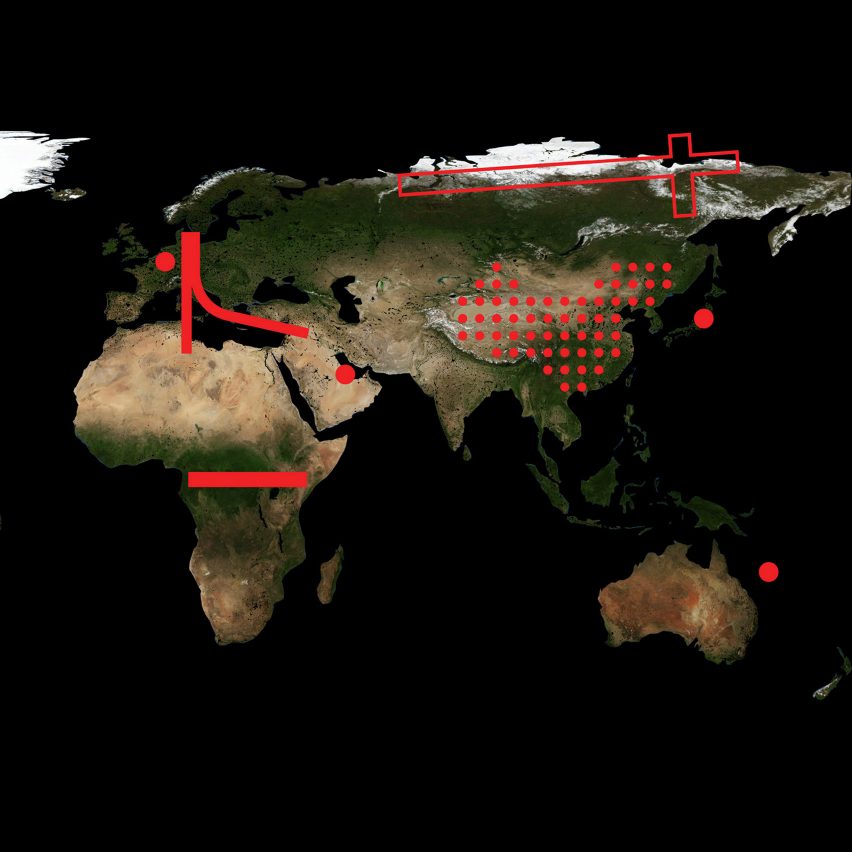 Rem Koolhaas will explore the radical change of the countryside in an exhibition coming to New York’s Guggenheim museum next year.

Opening February 2020, Countryside, The Future will showcase findings from an ongoing investigation led by Koolhaas and AMO, the research arm of the architect’s firm OMA.

The aim of the project is to take the focus away from cities to instead investigate rural areas, which Koolhaas says have “changed almost beyond recognition”.

“In the past decades, I have noticed that while much of our energies and intelligence have been focused on the urban areas of the world – under the influence of global warming, the market economy, American tech companies, African and European initiatives, Chinese politics, and other forces – the countryside has changed almost beyond recognition,” said the architect.

Koolhaas and AMO are developing the research project with students at Harvard Graduate School of Design, the Central Academy of Fine Arts in Beijing, Wageningen University in the Netherlands and the University of Nairobi, to showcase change through case studies.

“Countryside, The Future will mark a shift from a focus on the urban to the rural, remote, deserted, and wild territories collectively investigated here as ‘countryside,’ or the 98 per cent of the earth’s surface not occupied by cities,” the Guggenheim added.

The examples concentrate on the urgent environmental, political and socioeconomic changes facing countryside locations around the world, including China, South America and California.

Findings will be shown in a multi-sensory installation that includes photos, videos and archival materials displayed against a wallpaper that wraps the length the museum’s spiralling rotunda.

“Countryside, The Future will offer speculation on the future through evidence of transition from a diverse range of sites,” the museum continued.

“It documents examples from around the world as case studies, exposing the dramatic transformations that have taken place in the countryside, while our attention has been collectively focused on the city.”

Projects include glass-house farming concept, in which “superfluous” light used during photosynthesis is removed, and a set of imagery that show the amount of land necessary for raising cattle.

Countryside, The Future will open on 20 February 2020 and close in the summer of that year.

An illustrated report featuring the exhibition’s content and related public programming will also be published by Taschen in tandem with the showcase.

Focusing on rural areas forms a departure for the architect who has previously focused on cities, including the seminal book Delirious New York, which uses New York City as a metaphor for human behaviour, and SMLXL, which documents the first 20 years of OMA’s design work.

Koolhaas founded OMA, Office for Metropolitan Architecture, in 1975. The internationally recognised studio now has offices in Rotterdam, New York, Hong Kong, Beijing, Doha, Dubai and Perth. Its current projects include plans to build a residential tower in Kuwait City, a waterfront conference centre in Shenzhen and an angular facade extension for the New Museum.

AMO, meanwhile, is known for more experimental projects like catwalks for fashion brands Prada and Miu Miu. It has also created a display system made up of 43 slim free-standing steel walls for the permanent collection of Amsterdam’s Stedelijk Museum.

New York’s Guggenheim was designed and completed by celebrated 20th-century architect Frank Lloyd Wright. Previous exhibitions in the museum have included an installation by Doug Wheeler that surrounded a standing platform with a desert of white spikes.