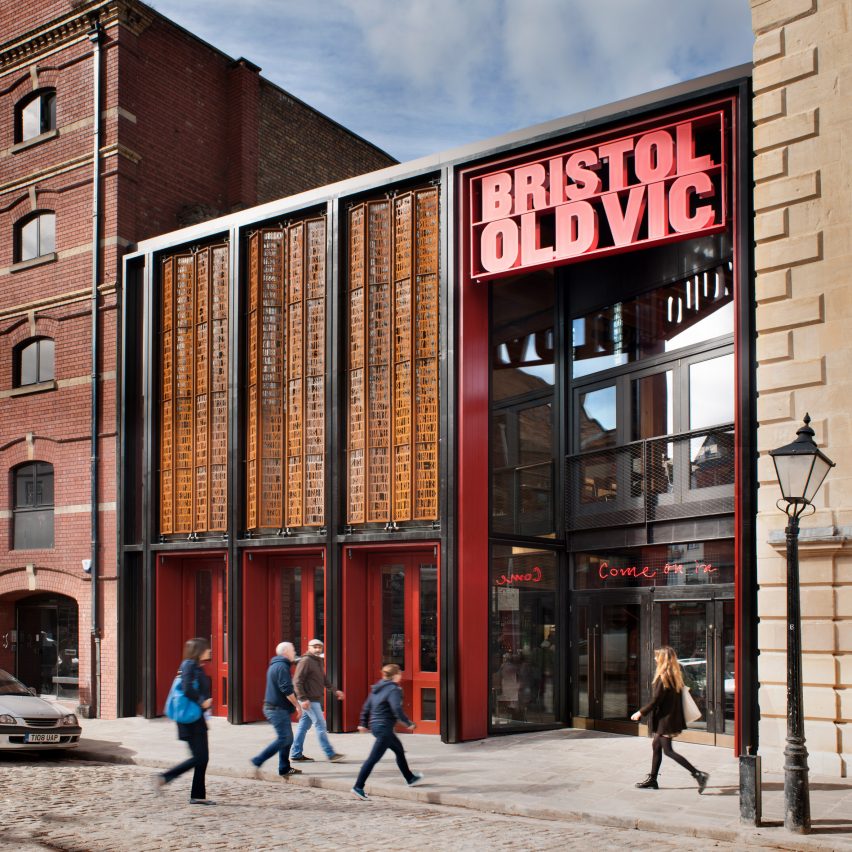 The architecture studio has replaced a large side extension designed by British architect Peter Moro, which was added to the Georgian theatre in 1972, with a new large auditorium. 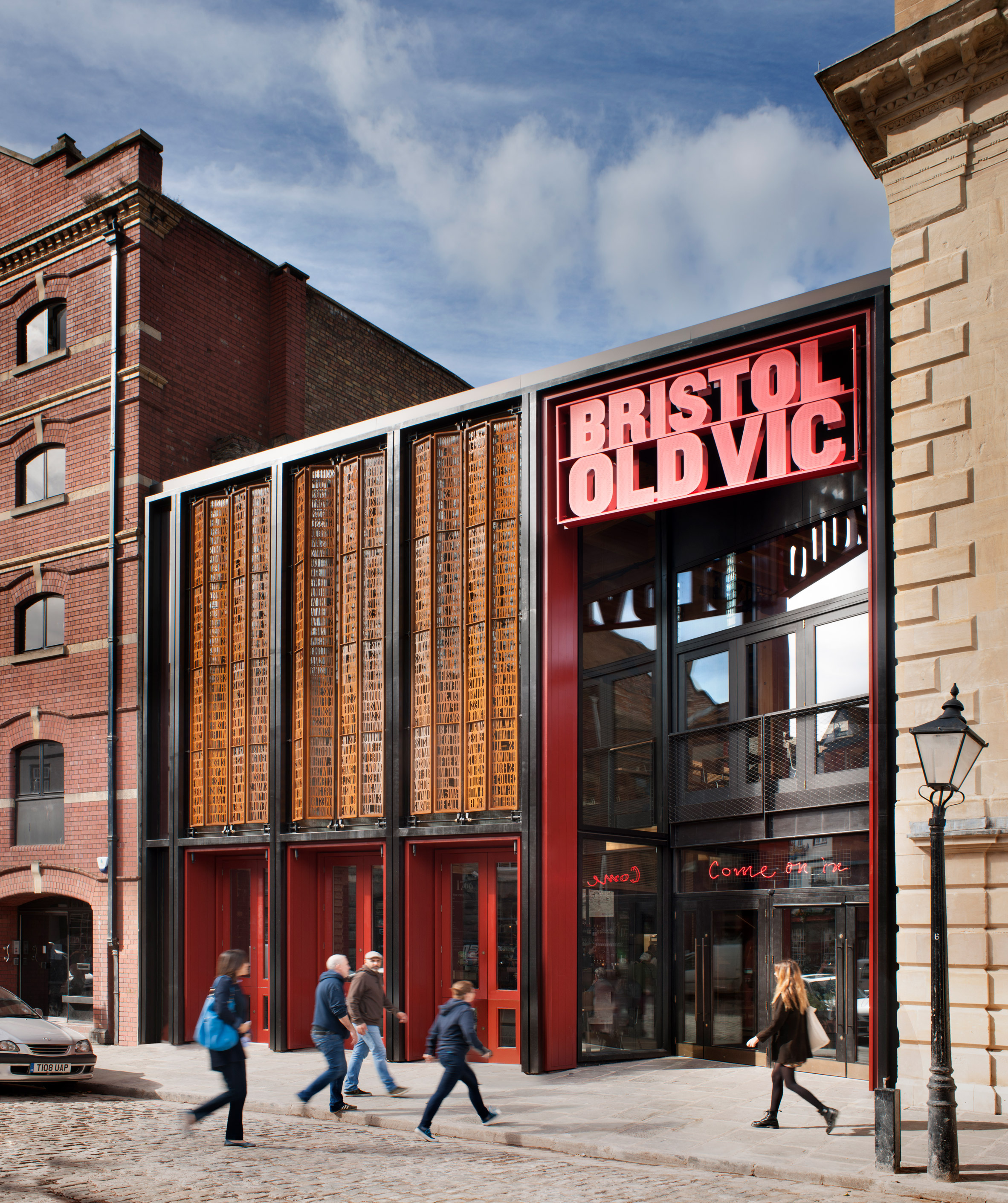 “The 1970s alterations, although conceptually clear and skilfully realised, divided the audience into two unconnected foyers, closed off the theatre’s public facade and over formalised the arrival and circulation spaces via the converted Coopers’ Hall,” said Haworth Tompkins.

“As a consequence [it] could no linger fulfil its historic purpose as a public room for the city.” 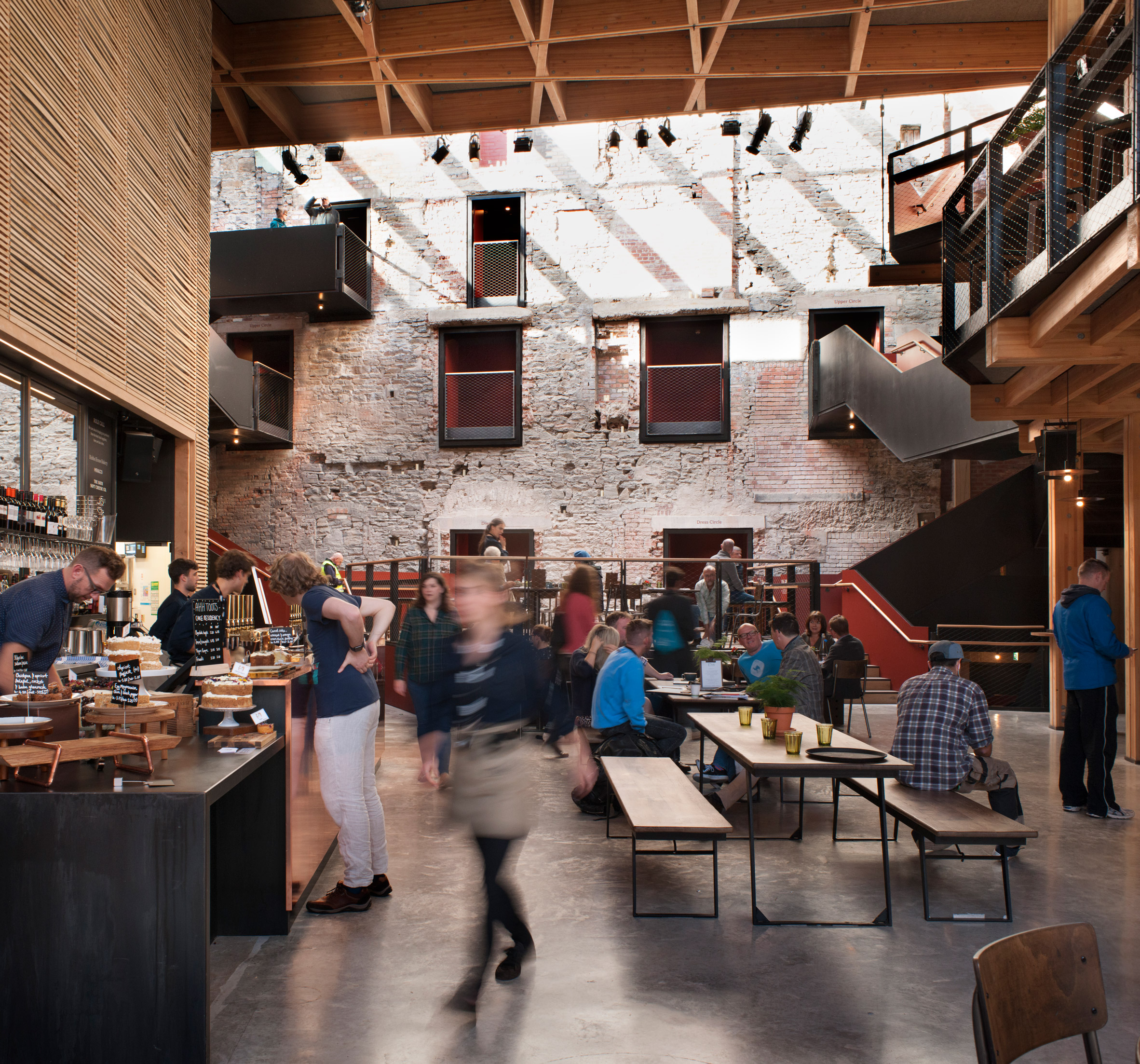 Haworth Tompkins’ renovation focused on opening up and revealing the original spaces. The new foyer has been conceived as “an informal extension of the street”, occupying the space freed up by removing the 1970s studio theatre.

A structure of timber and glass frames the original brick facade of the Georgian auditorium, into which new openings have been made. 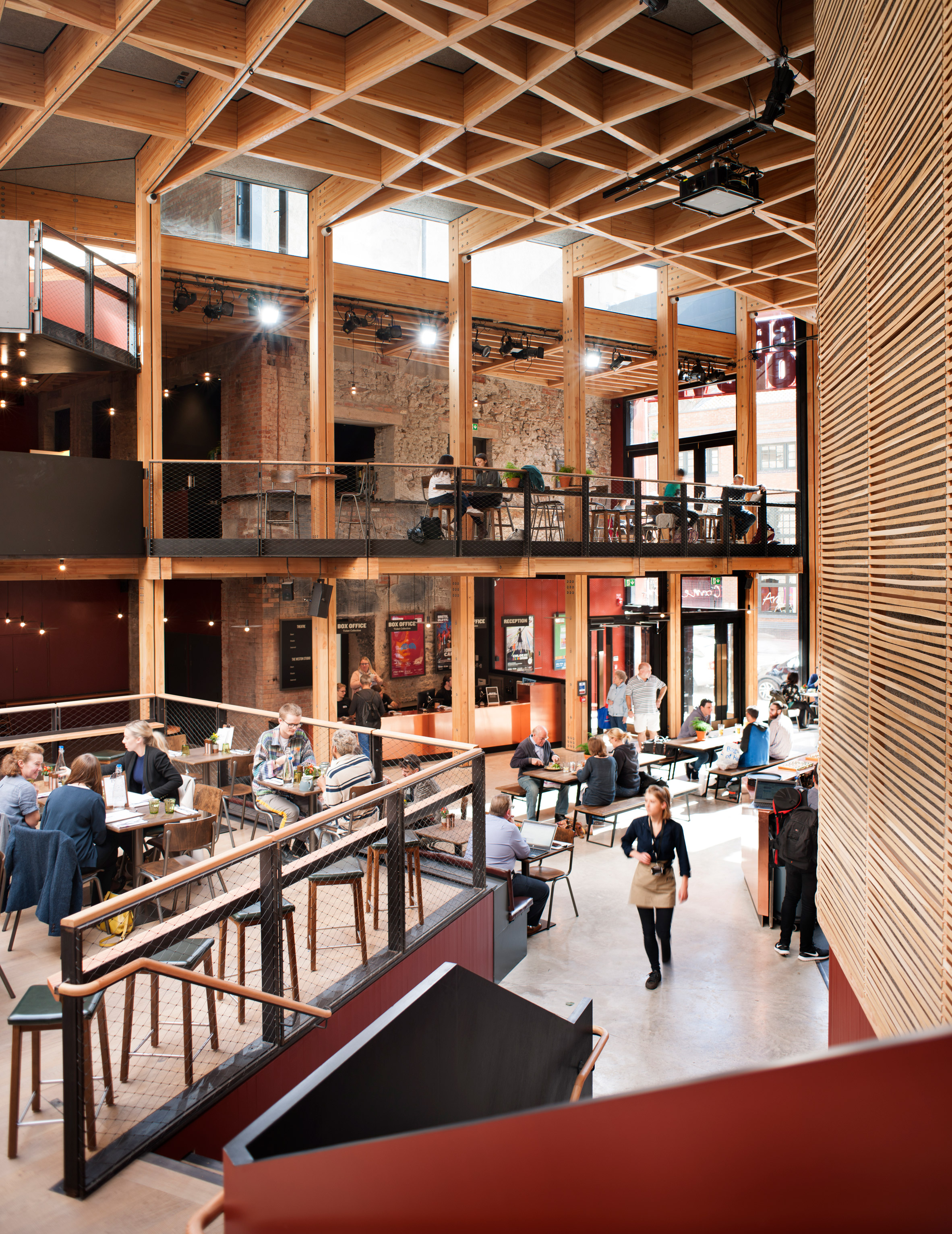 On the street, a new facade abuts the Grade I-listed Coopers’ Hall, incorporating a series of movable, sun-shading shutters that double as a public art work.

Operated by hand, these shutters feature the text of the inaugural address given at the theatre by David Garrick in 1766.

The “direct and informal” foyer detailing was chosen to create the sense that the entryway is a mediator between the street and the historic auditorium. 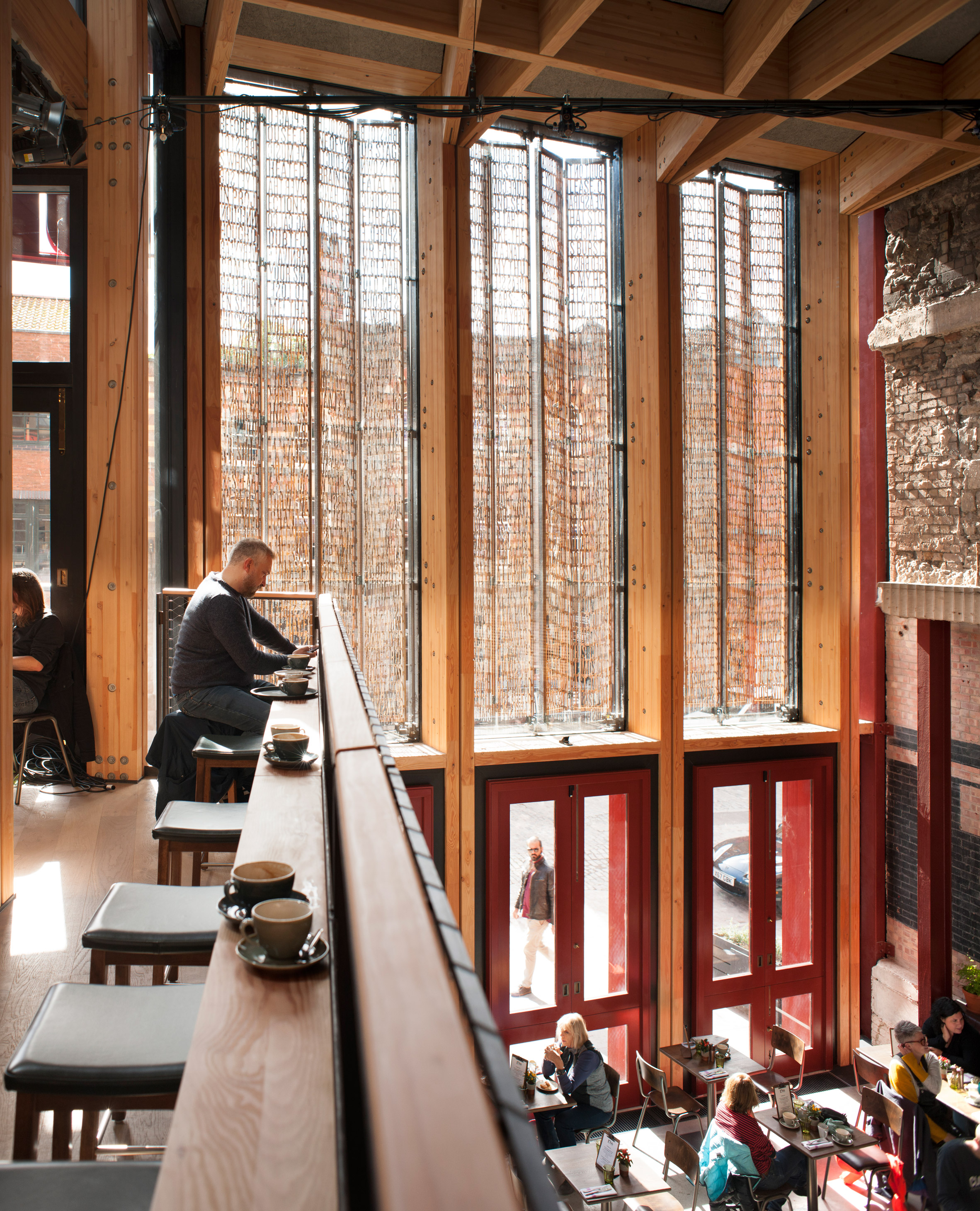 “Materials have been chosen for their durability and capacity to mature and change over time,” said the practice.

The wooden structure is built from Douglas Fir, which will darken over time, and an oak lath screen in the foyer is designed to bend organically. 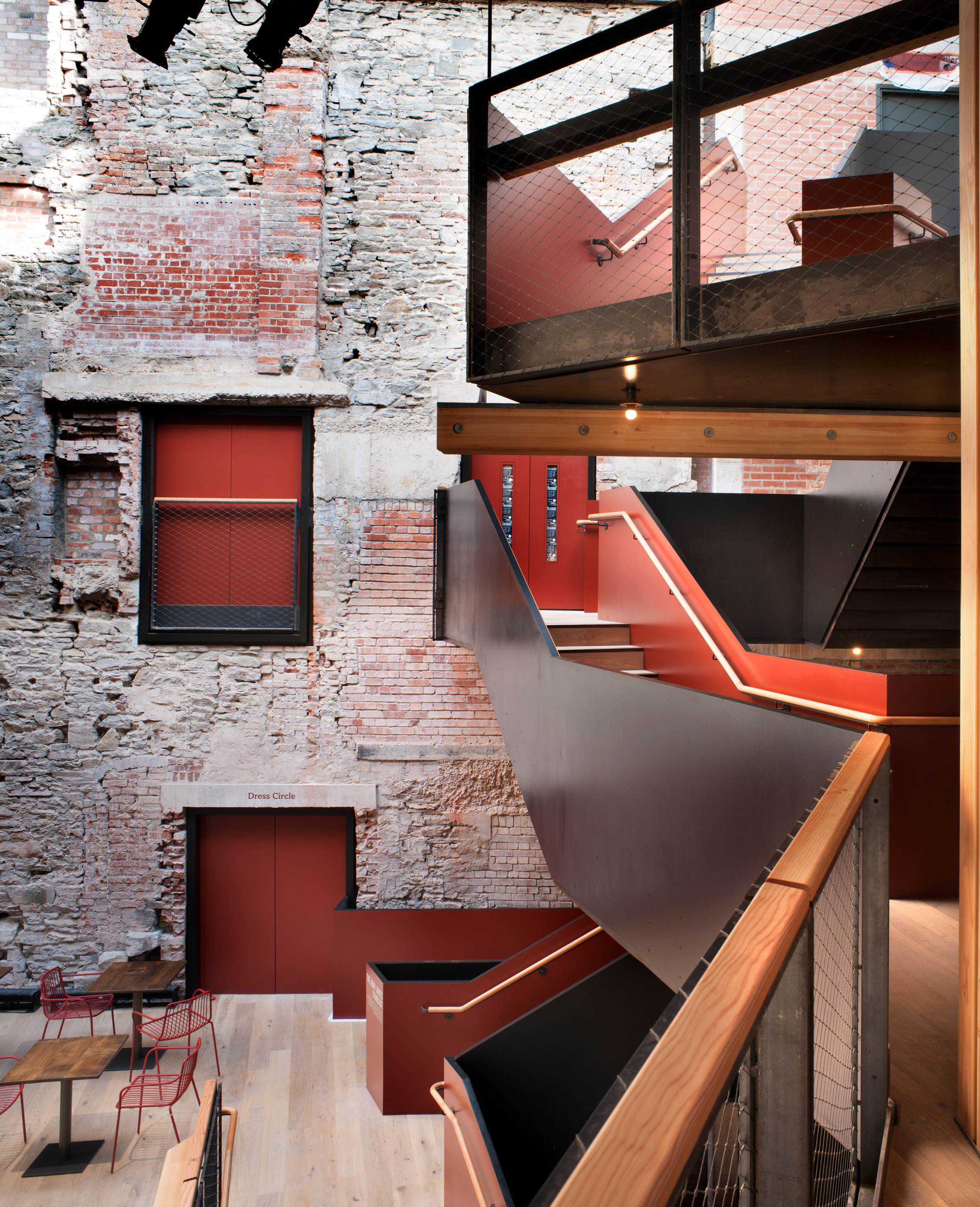 Above, the first floor has been converted back into a grand public room, able to act as either an extension of the foyer or a private function room. 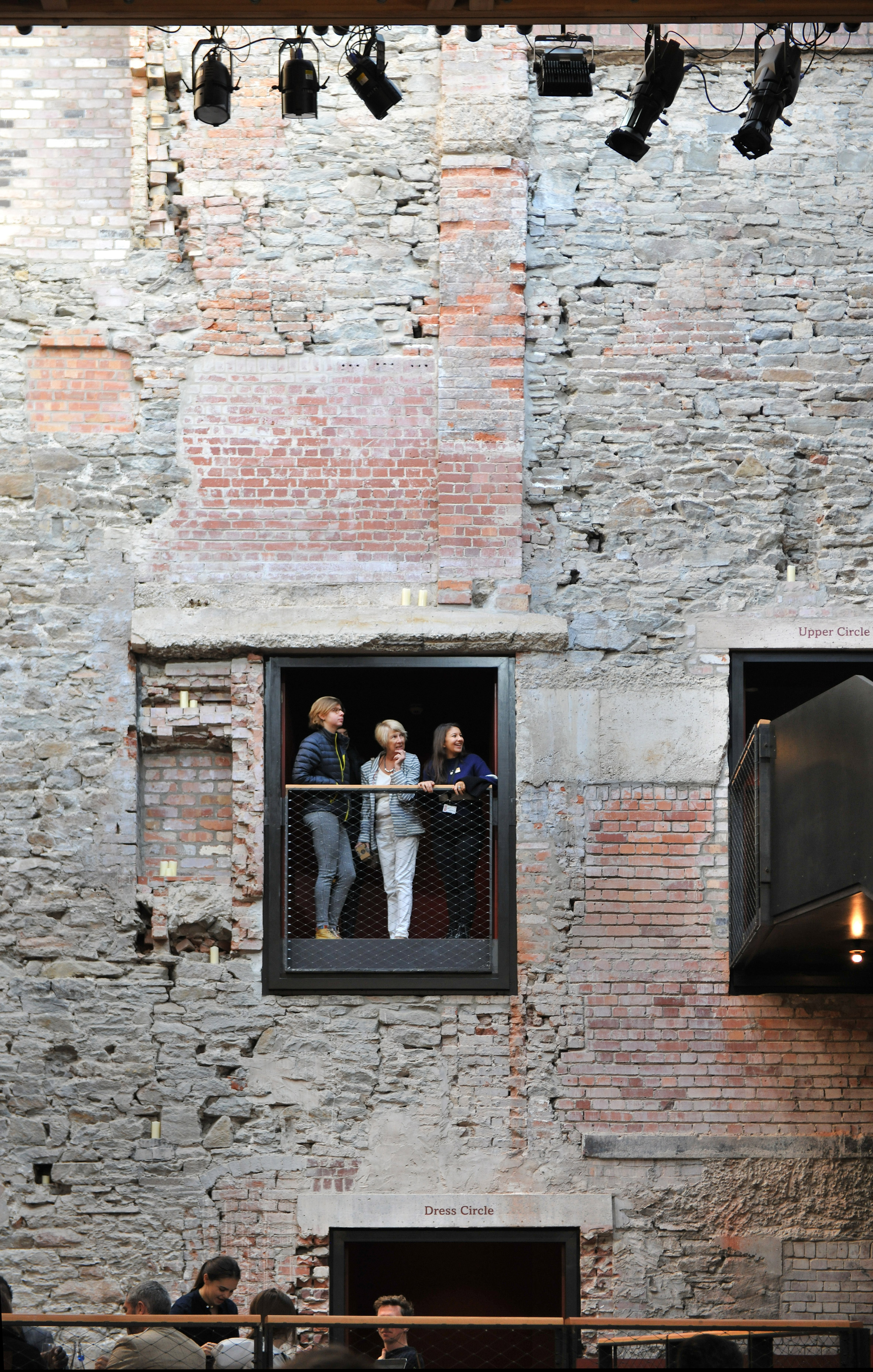 Steve Tompkins, a founder at the practice, was recently named the most influential figure in British theatre in The Stage magazine’s Theatre 100 listings.

As well as Bristol Old Vic, the practice has recently completed The Bridge theatre in London, designed new spaces for the Donmar Warehouse and done work on the UK’s National Theatre.

Photography is by Philip Vile.