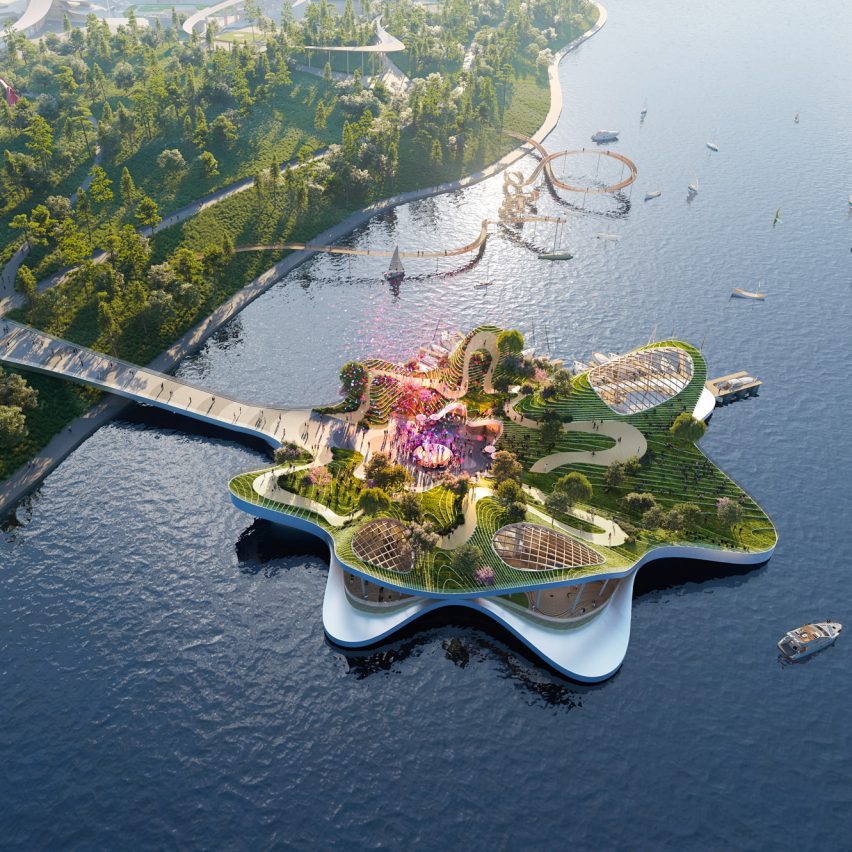 UK-based Heatherwick Studio has designed The Leaf multi-level pier for a site on the Han River near Seoul‘s Olympic stadium.

The plant-covered pier was designed as part of the wider plan to rejuvenate the area around the Jamsil Olympic Stadium, which was built to host the 1988 Olympic Games.

Shaped like a rounded, eight-pointed star, The Leaf would be constructed above the Han River, which flows through Seoul, South Korea.

It would be connected by a walkway to the parkland surrounding the stadium complex, which is set to be comprehensively renovated by architecture studios Benoy, Populous, DA Architecture Group and NOW Architects.

“As part of the submission, we have designed a dynamic new open and public space on the waterfront, linking the wider scheme with the Han River and promoting ideas of community spirit, activity, equality, play and togetherness,” said the studio.

Described by the studio as a “flowing, multi-level pier”, the structure would contain event spaces and an auditorium covered in an undulating roof and arranged around a central plaza.

It would be topped by an walkable, plant-covered roof with “winding trails”, play areas and view points. A marina will be built alongside it. 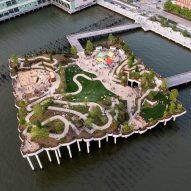 “At the heart of our project is the idea of playful togetherness,” said Stuart Wood, Partner and Group Leader at Heatherwick Studio.

“We want this to be a refreshing and dynamic new civic space for the city of Seoul where people come to laugh, explore and connect. Somewhere joyful and restorative for everyone.”

The Leaf is the latest pier structure designed by Heatherwick Studio, which is led by Thomas Heatherwick, following the recent opening of the Little Island on the Hudson River in New York.

The studio also recently designed a concept called The Cove to replace a series of deteriorating historic piers in San Francisco.

The visuals are courtesy of Heatherwick Studio.