Architecture studio Hollwich Kushner has remodelled New York‘s art-deco buildings, including the Empire State Building and the Chrysler Building, to show what the iconic landmarks might look like if built today.

Hollwich Kushner (HWKN) undertook the New(er) York Project to develop more a contemporary version of art deco – a decorative art, design and architecture style that emerged in the 1920s and 1930s – without just making copies.

The series reimagines 12 art-deco landmarks in New York City with new shapes and construction techniques, including the Empire State Building broken down into a tapered form and the Chrysler Building carved into irregular blocks.

It also features the Flatiron Building, which is not strictly art deco, with glazed walls and a splayed out top.

“Our goal was to maintain the personality and longevity of these buildings without copying their ornamentation,” the continued.

To achieve these updated versions, Hollwich Kushner built digital 3D models of each landmark and then stripped away ornamentation to leave just its mass and proportions.

The characteristic strong, symmetrical geometric shapes of the art-deco buildings were then manipulated in broken down forms or smoother lines to create new facades that could be built with more contemporary construction techniques.

For One Wall Street, the studio broke up the building’s wide base into vertical elements that offer a more blurred transition into its tower volume.

The two towers of Eldorado, located along Central Park West, merge so that they link at the base and curve outwards at the top.

Cross-shaped stone modules provide the structure for the glazed facade, as well as offer shading, and form the crowns on top. The studio also imagined that the glass panels would also increase in transparency towards the buildings top.

Turning to a mid-rise urban development, the studio tackled 214 West 29th Street in the Chelsea neighbourhood, smoothing out its stepped facade.

“Our redesign sculpts the building grid into a more unified massing that feels simultaneously plastic and rigid,” the team said.

Towards the top of the building these would stagger backwards to create private balconies.

Art deco initially appeared before the first world war, but was popularised following the 1925 International Exposition of Modern Decorative and Industrial Arts in Paris, later spreading to the rest of Europe and then the USA.

Hollwich Kushner was founded in 2007 by architects Matthias Hollwich and Marc Kushner, who also co-founded the architecture website Architizer.

The studio’s other projects include the conversion of an old factory in Philadelphia into the Pennovation Center, the Fire Island Pines Pavilion in New York and Wendy, a summer installation at PS1 Contemporary Art Centre in Queens. 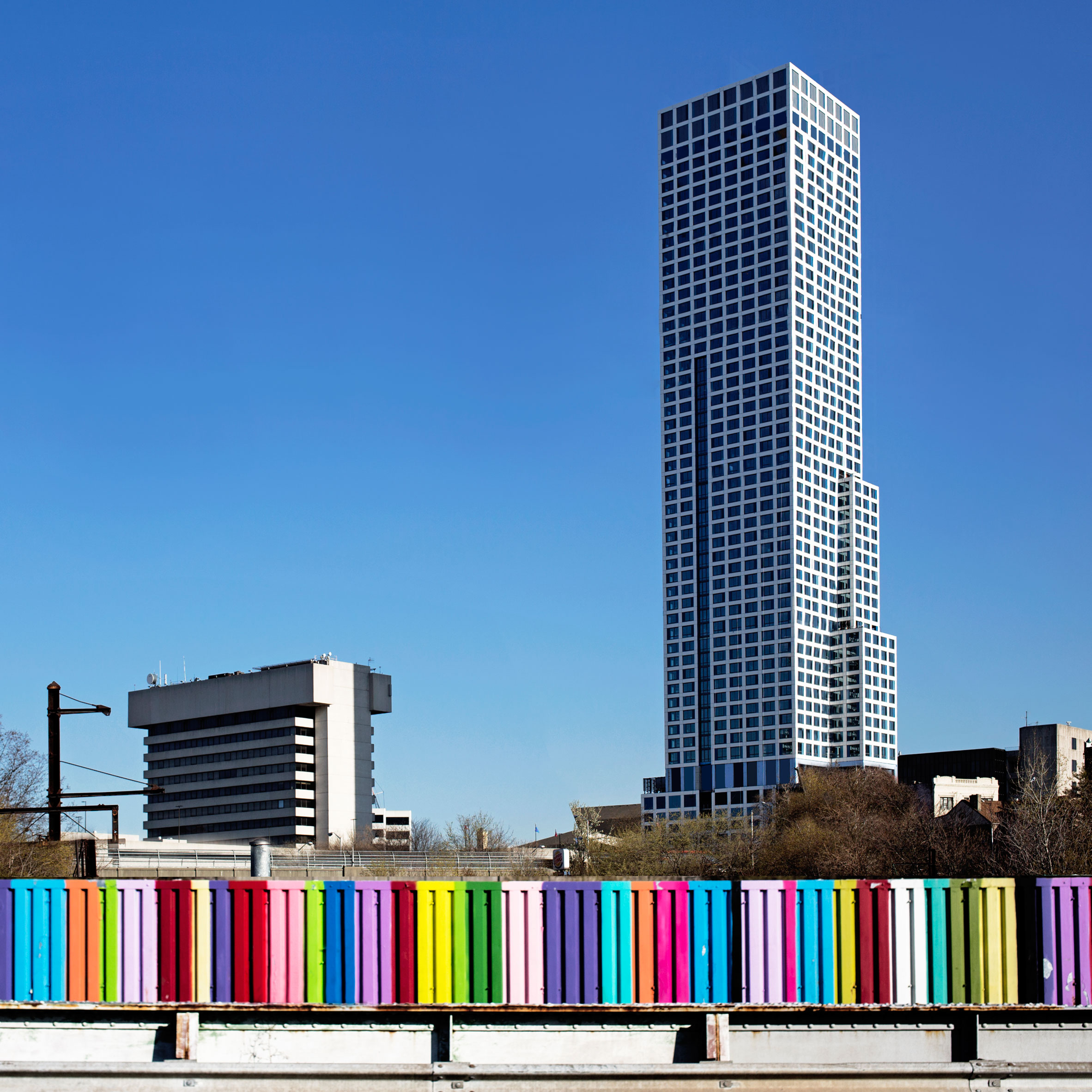