The soaring skyscrapers, manicured gardens and rubbish tips of Hong Kong are all shown in this drone footage shot by architect Mariana Bisti. 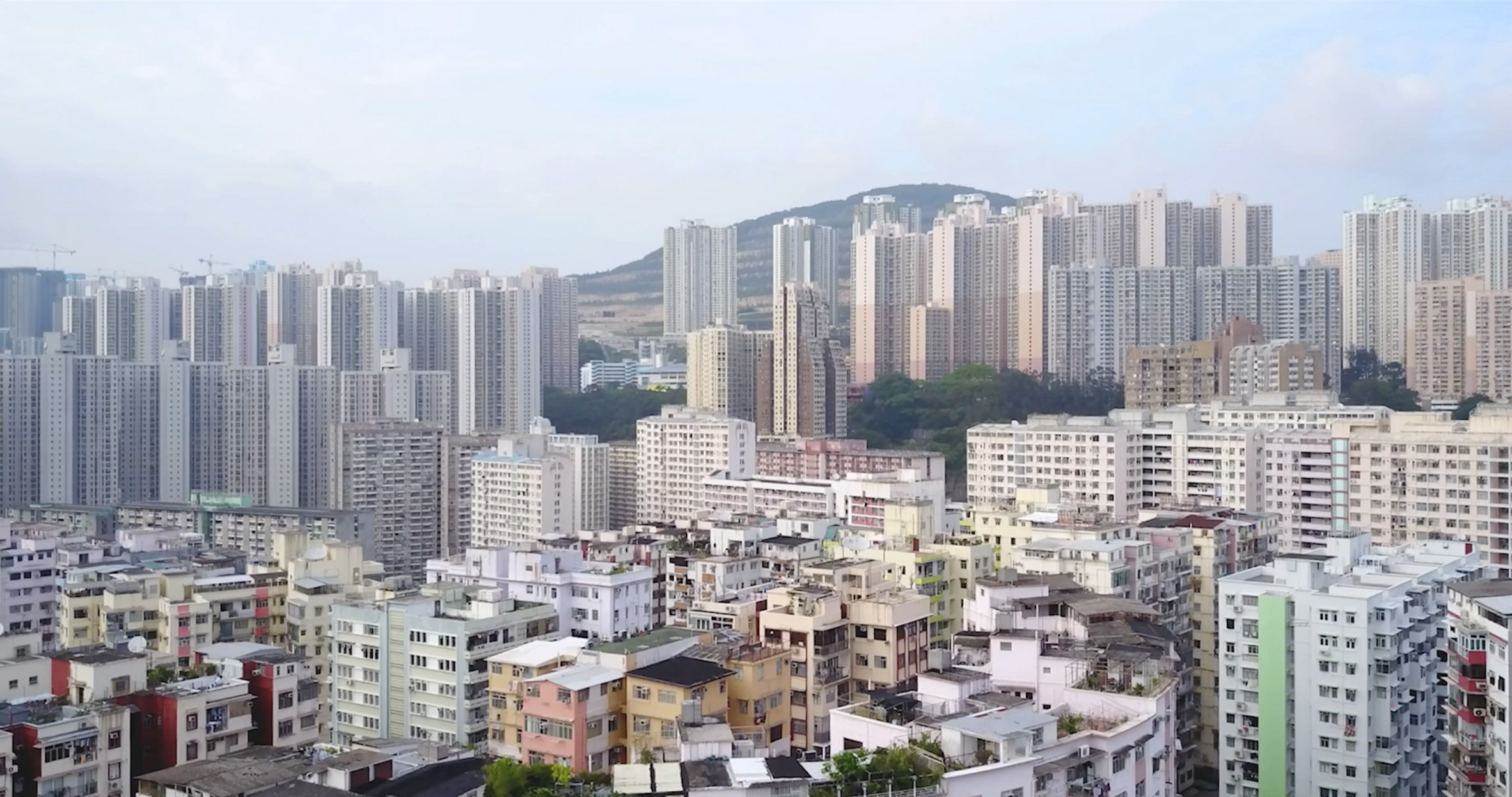 Bisti aimed to capture the “complexities and contradictions” of Hong Kong, which is one of the most densely populated territories in the world.

She shot the footage in February this year, while undertaking a 10-week artist residency at Hong Kong Baptist University’s Academy of Visual Arts, then cut the imagery down to an eight-minute movie. 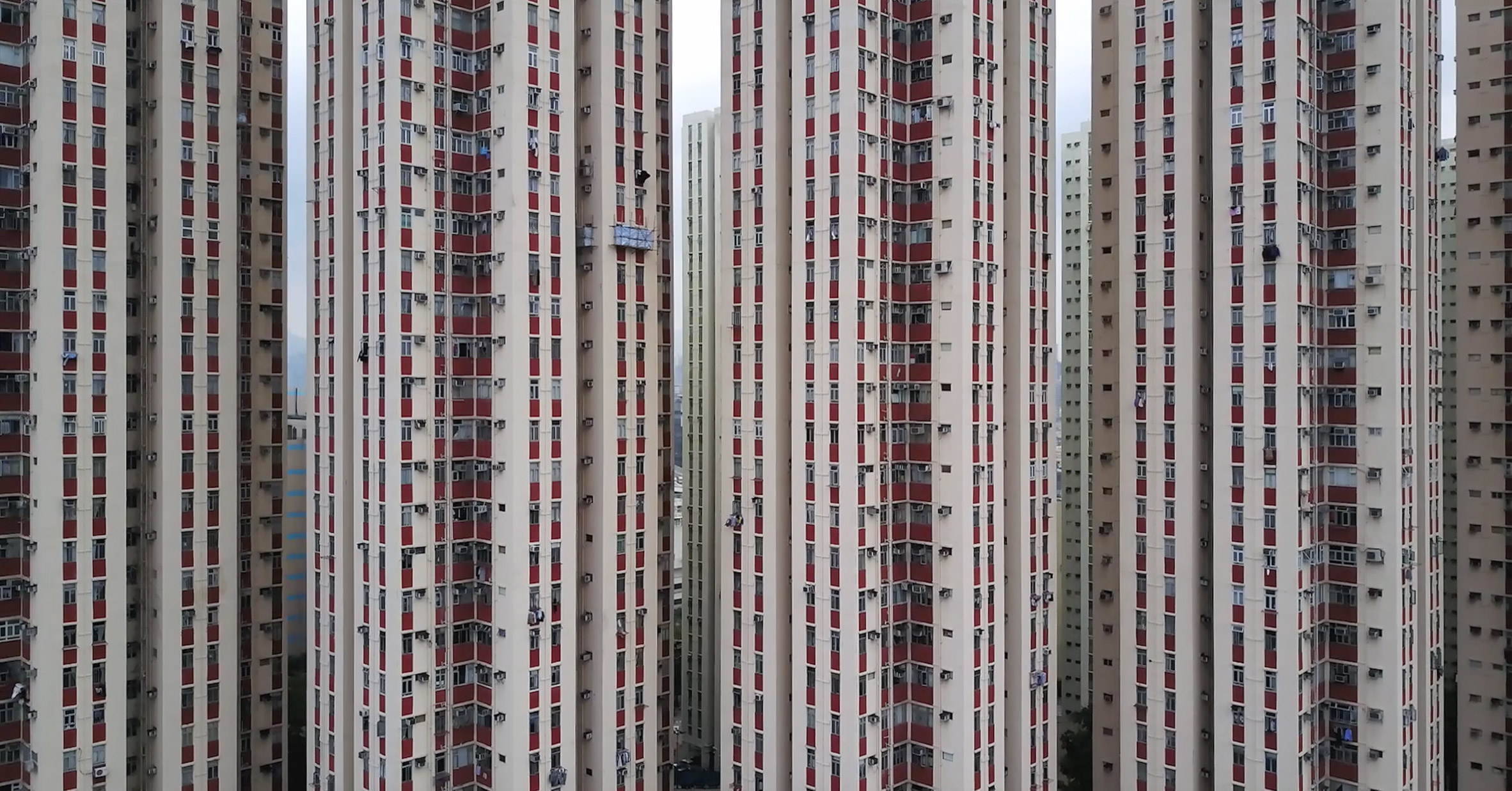 The architect had spent time researching and documenting on foot, before deciding that the best way to capture the city would be by drone.

“After my first week there, having spent hours and hours exploring and observing the city’s vastness and density from the ground level with my DSLR camera and notebook, I realised that Hong Kong – the most attractive and mesmerising​ dystopia on earth – deserved an examination from an unconventional viewpoint,” Bisti told Dezeen. 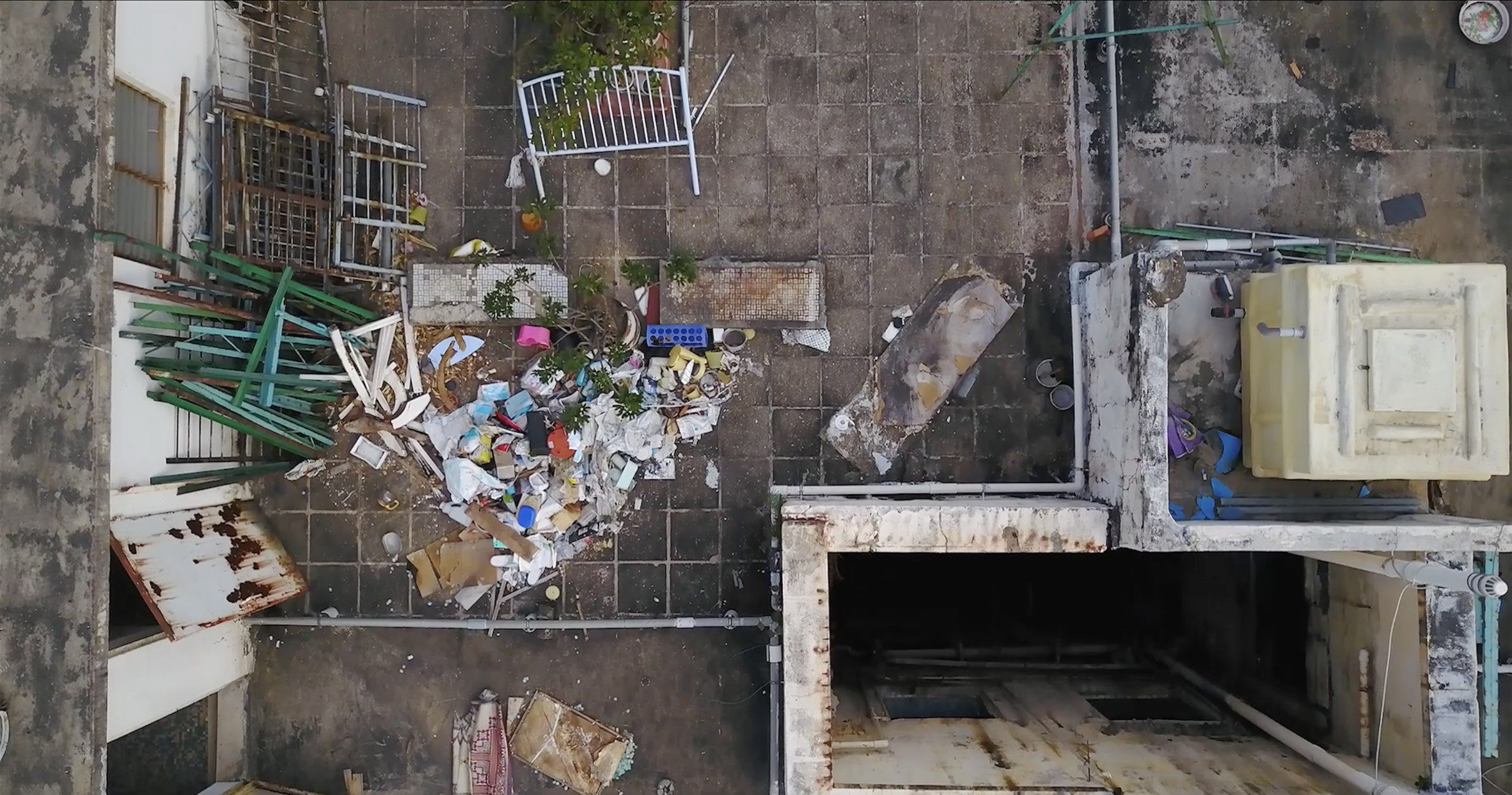 With no previous experience shooting with a drone, the Athens and London-based architect taught herself by spending a week watching online tutorials that outlined the best camera settings, flight modes and drone “dos and don’ts”.

She then pinpointed key locations in the city, including a range of public and private spaces, prominent buildings, and areas with constant movement. 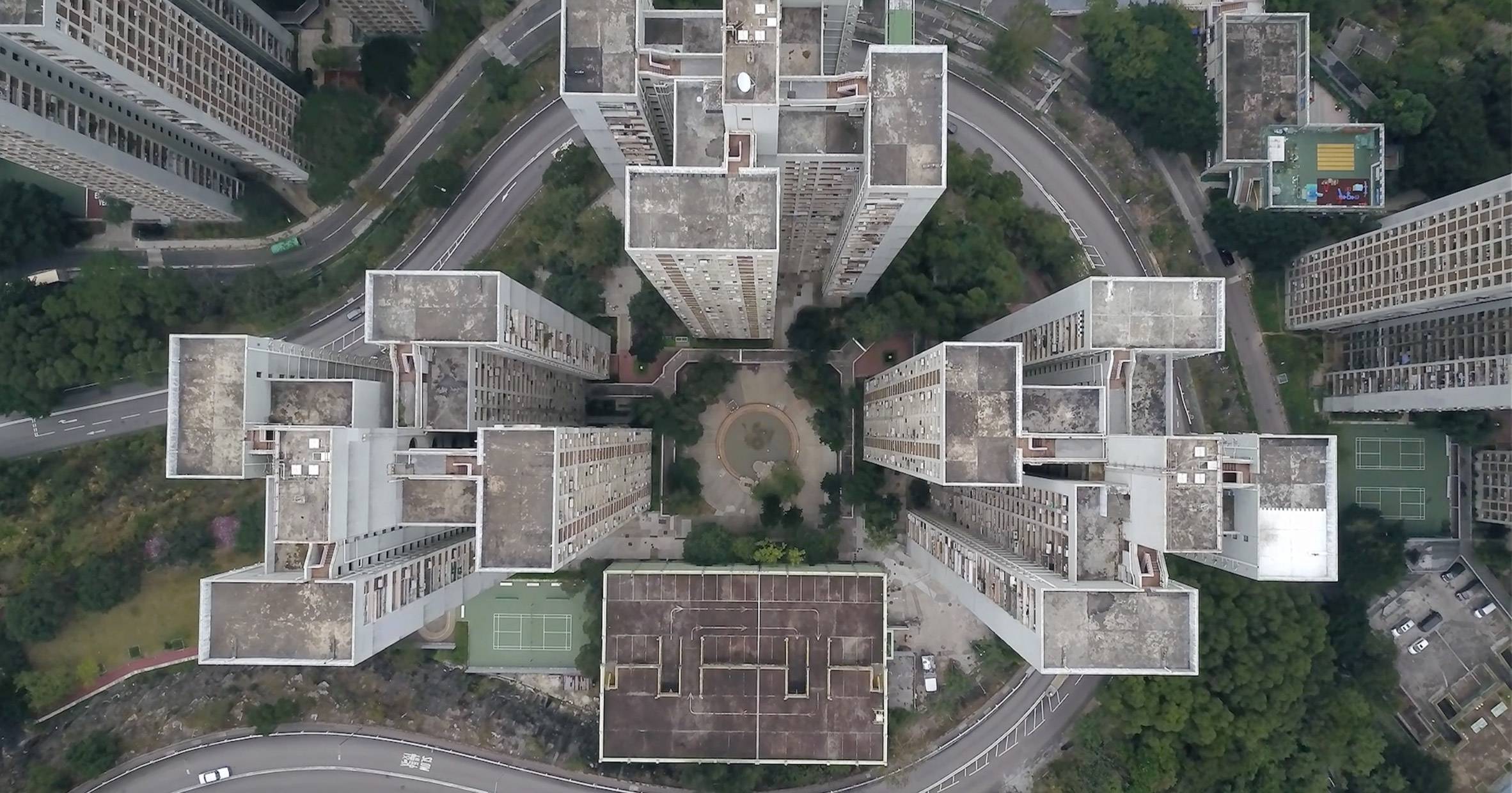 Bisti also looked for suitable spots for the drone to take off and places that were high enough, while also staying inside the altitude limit, and checked the weather and haze forecast two to three times a day.

She said it “often involved some guerrilla shooting, which turned the whole mission into a fascinating adventure”. 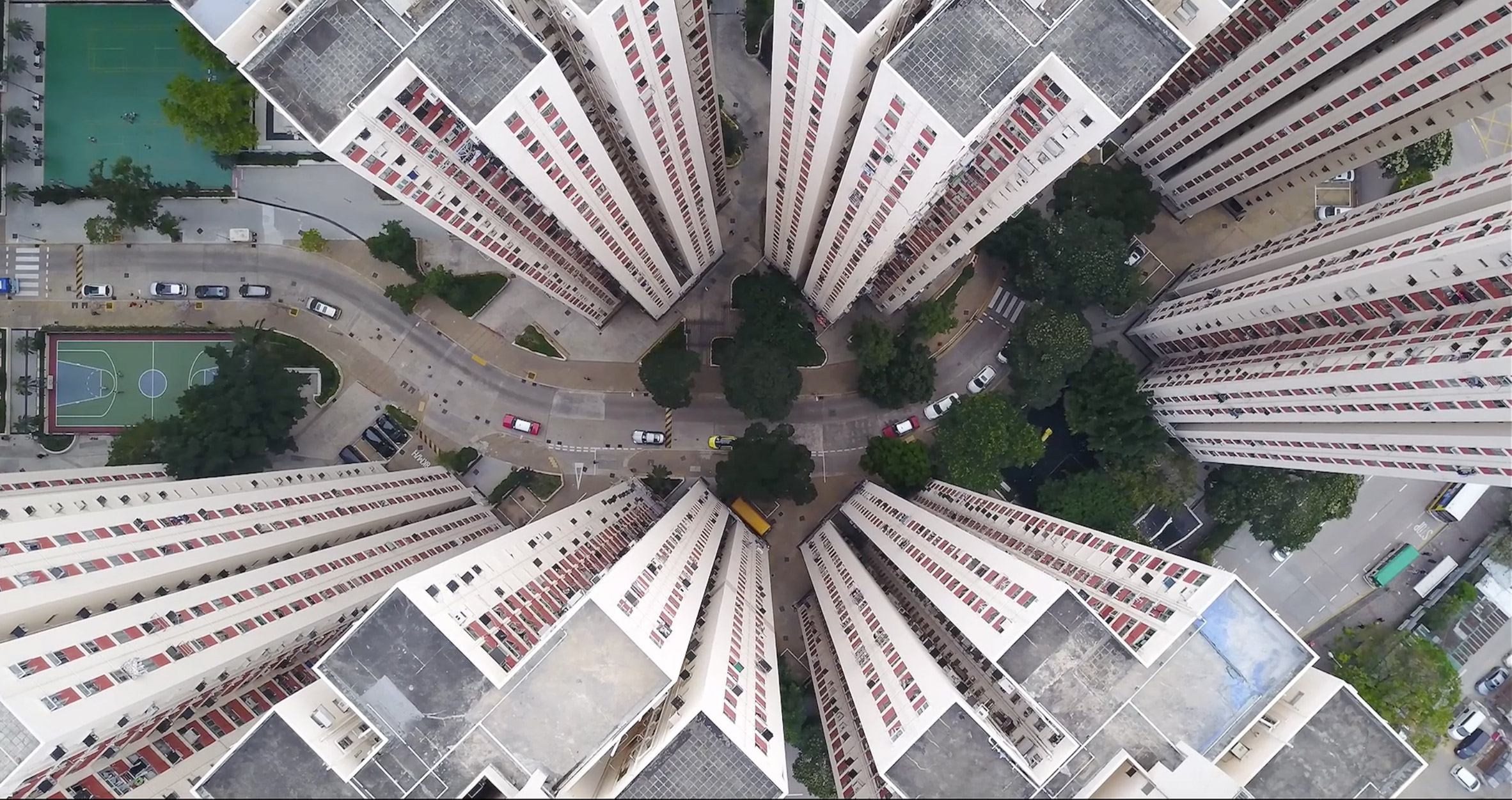 Prior to her trip, Bisti spent time researching the history and geography of the Asian territory. Now under Chinese rule, the series of mountainous islands was formerly a British colony, but was briefly occupied by Japan during the second world war.

The city was strategic to the British as a major economic hub in Asia, and has remained just as important to China since the handover in 1997. 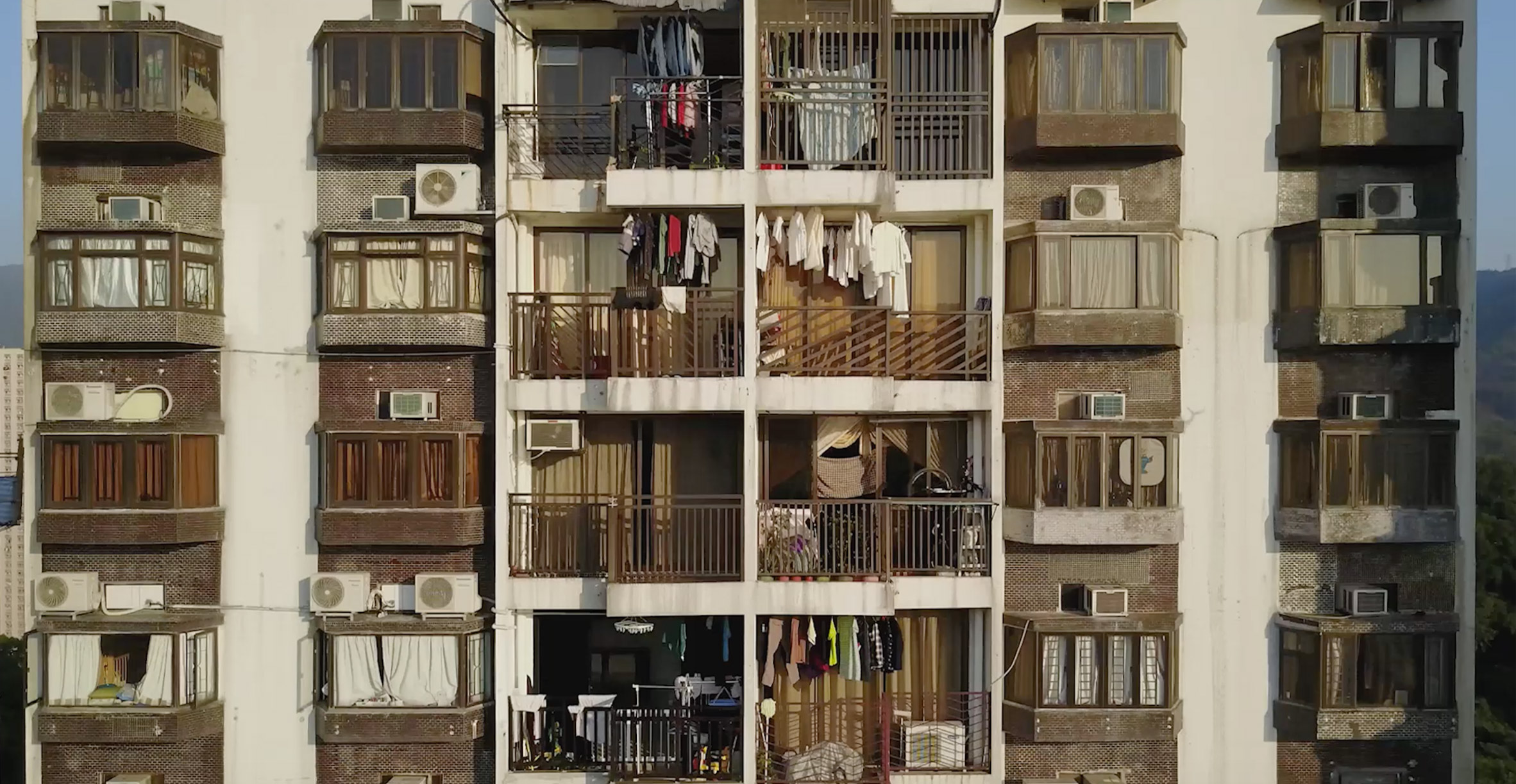 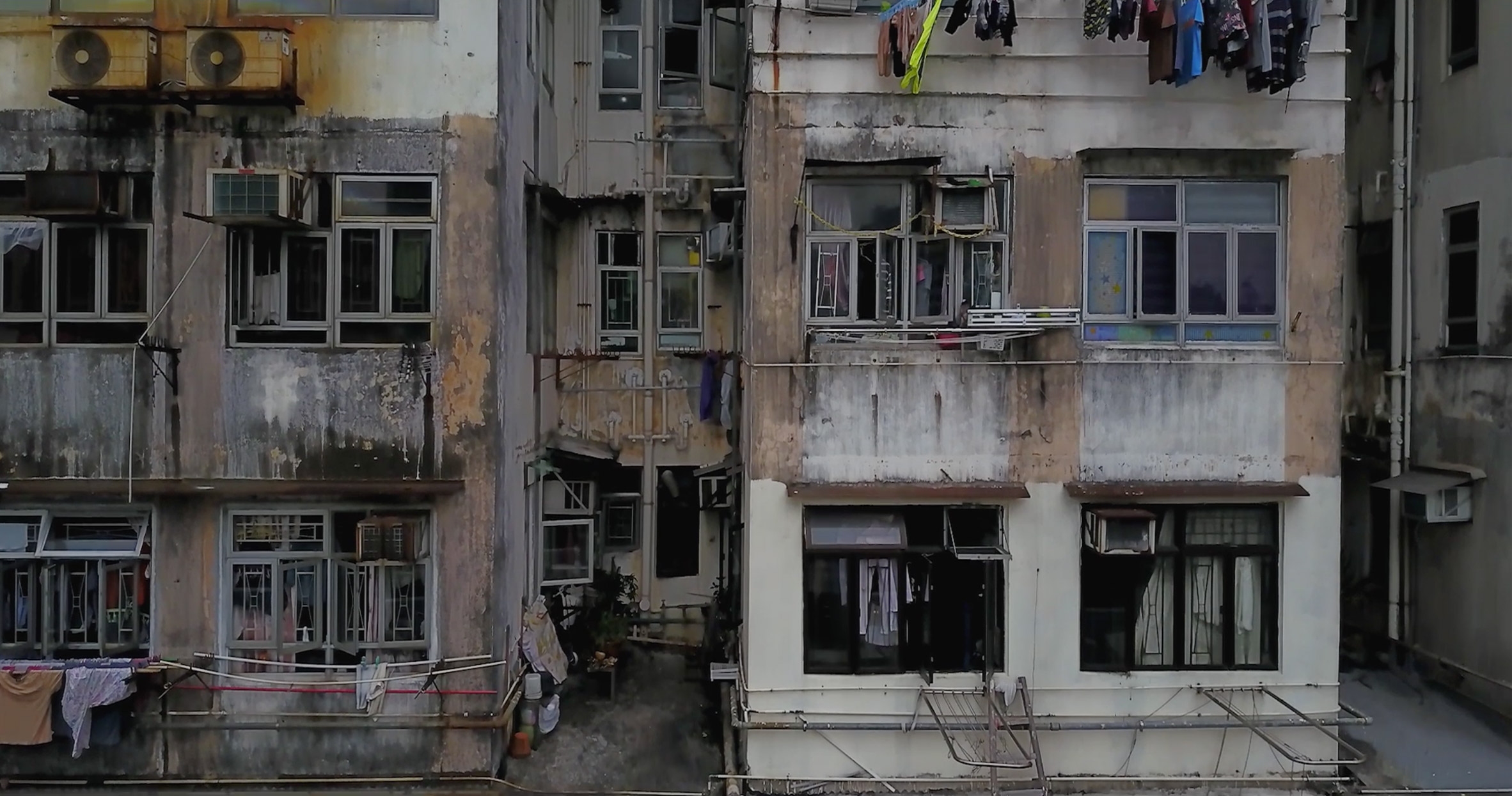 “Contemporary Hong Kong has a distinctive complex and contradictory nature, which stems from its turbulent history, its economy and structural arrangements,” said Bitsi.

“The aim and challenge was to reveal these layers of interpretation by capturing and exposing Hong Kong’s unique urban formations and landscapes.” 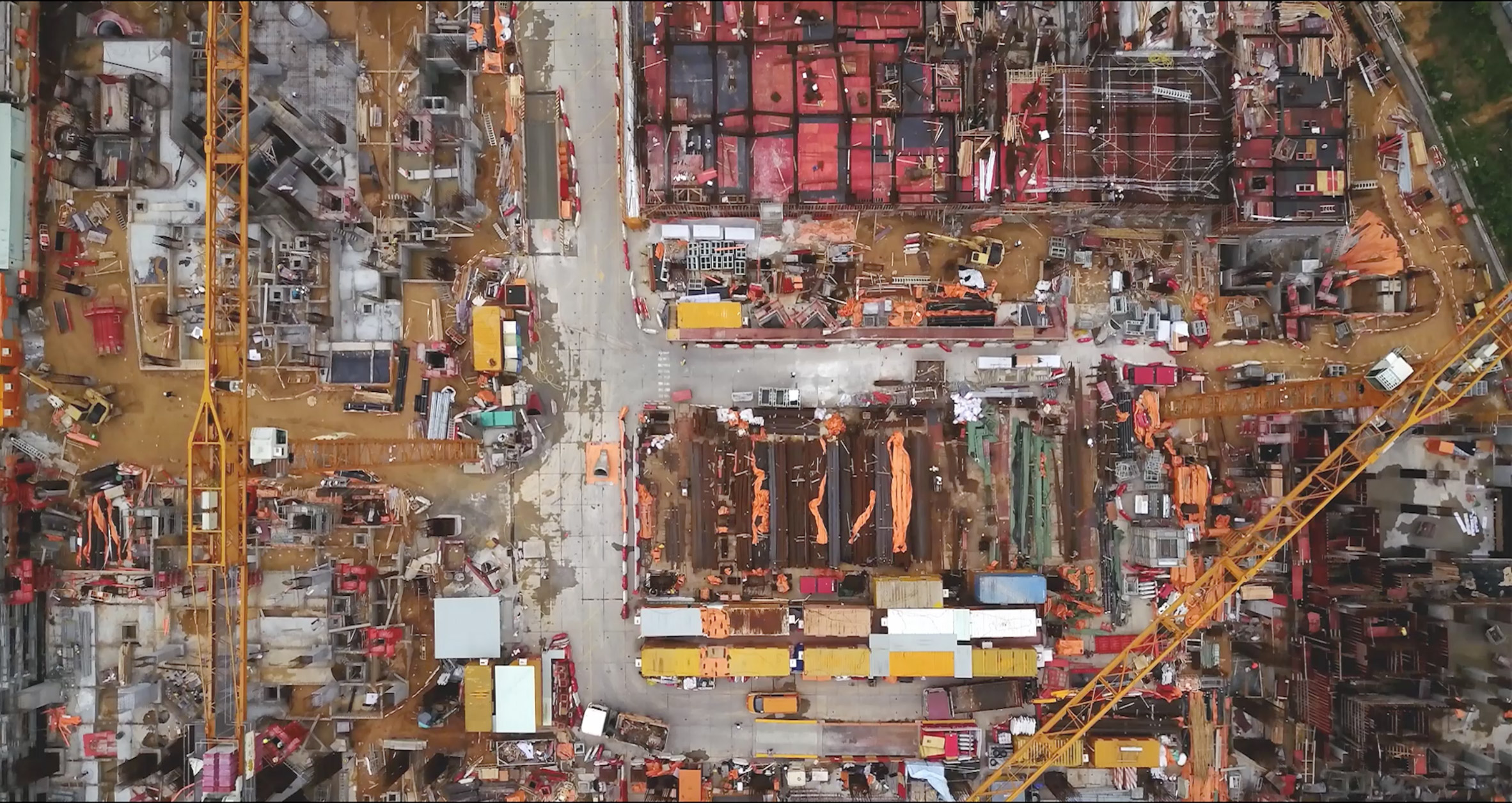 Her film is named Wěndìng Fánróng, after “the principle that organises the official identity of Hong Kong under Chinese rule”. But many scenes in Bisti’s film appear to contradict this, as they pan over rundown housing blocks.

At points in the film, the camera pans out to show the tight clusters of skyscrapers against their mountainous backdrop. In other scenes, the drone hovers over rubbish tips wrapped by roads, public plazas, tennis courts and playing fields. 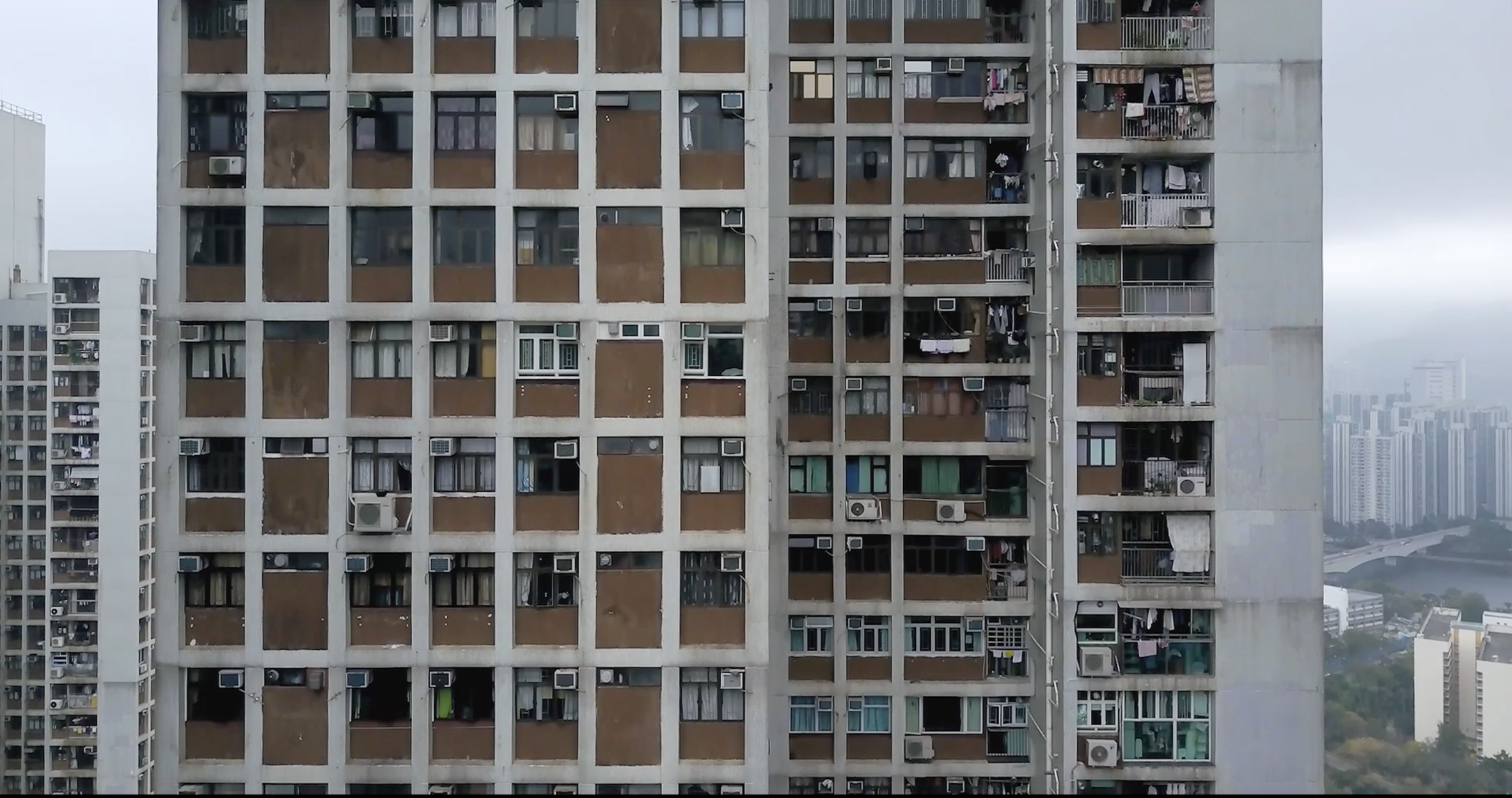 Similarly, videographer Alaïa Fonk used a drone to capture the late Zaha Hadid’s Messner Mountain Museum, which is half buried into the peak of an Alpine mountain in Italy.