The owner of a construction company in Houston has collaborated with Seattle architects Suyama Peterson Deguchi to create a Japanese-influenced home that she built for herself. 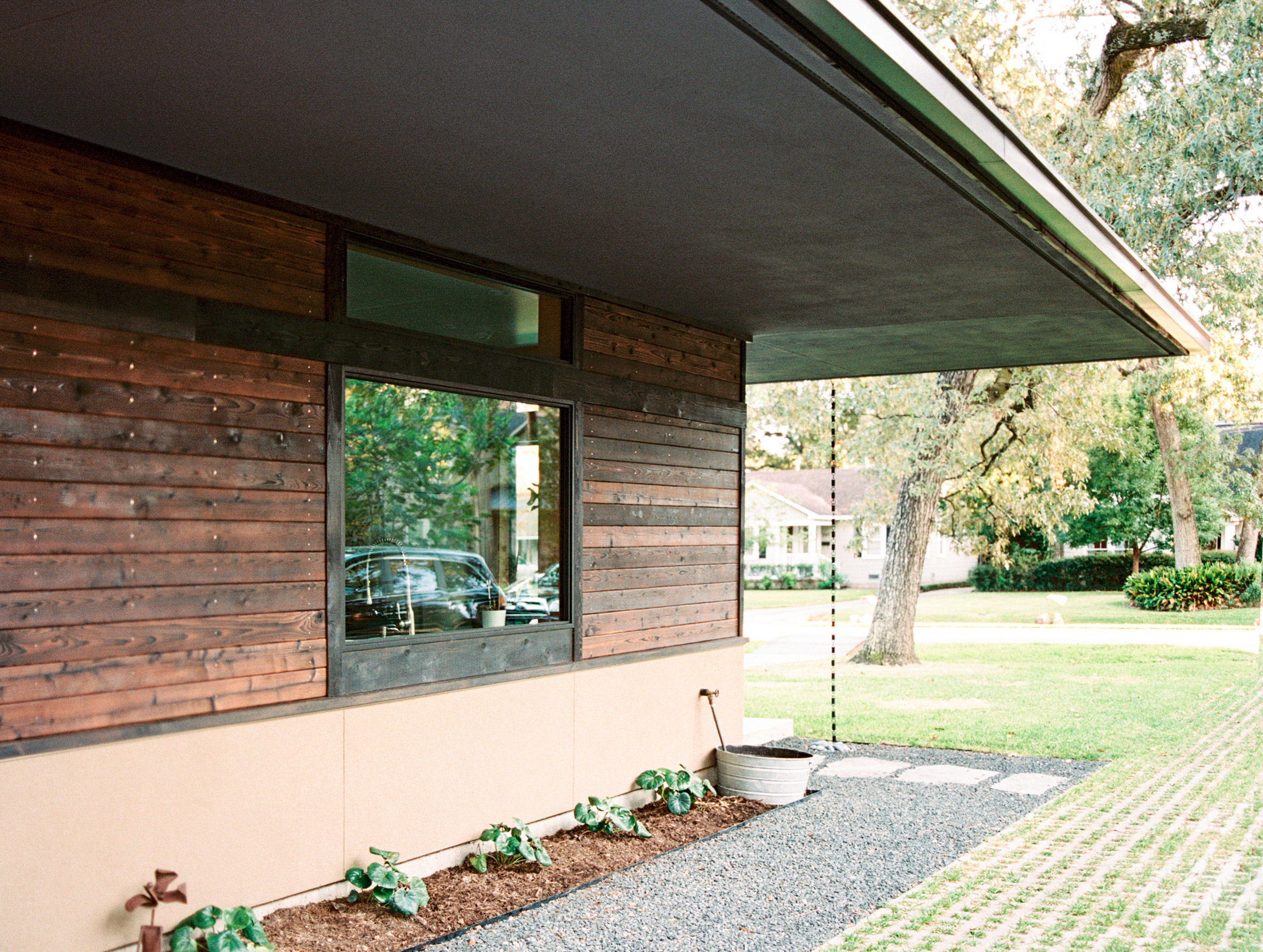 The design and construction of the Shou Sugi Ban House was joint effort between the architects and Erin Stetzer. Because the client, the proprietor of Stetzer Builders, was also responsible for construction, many decisions were streamlined.

“Inspired by traditional Japanese architecture, the Shou Sugi Ban House was designed for a couple with two young children and their desire for an Asian contemporary home,” said Suyama Peterson Deguchi. 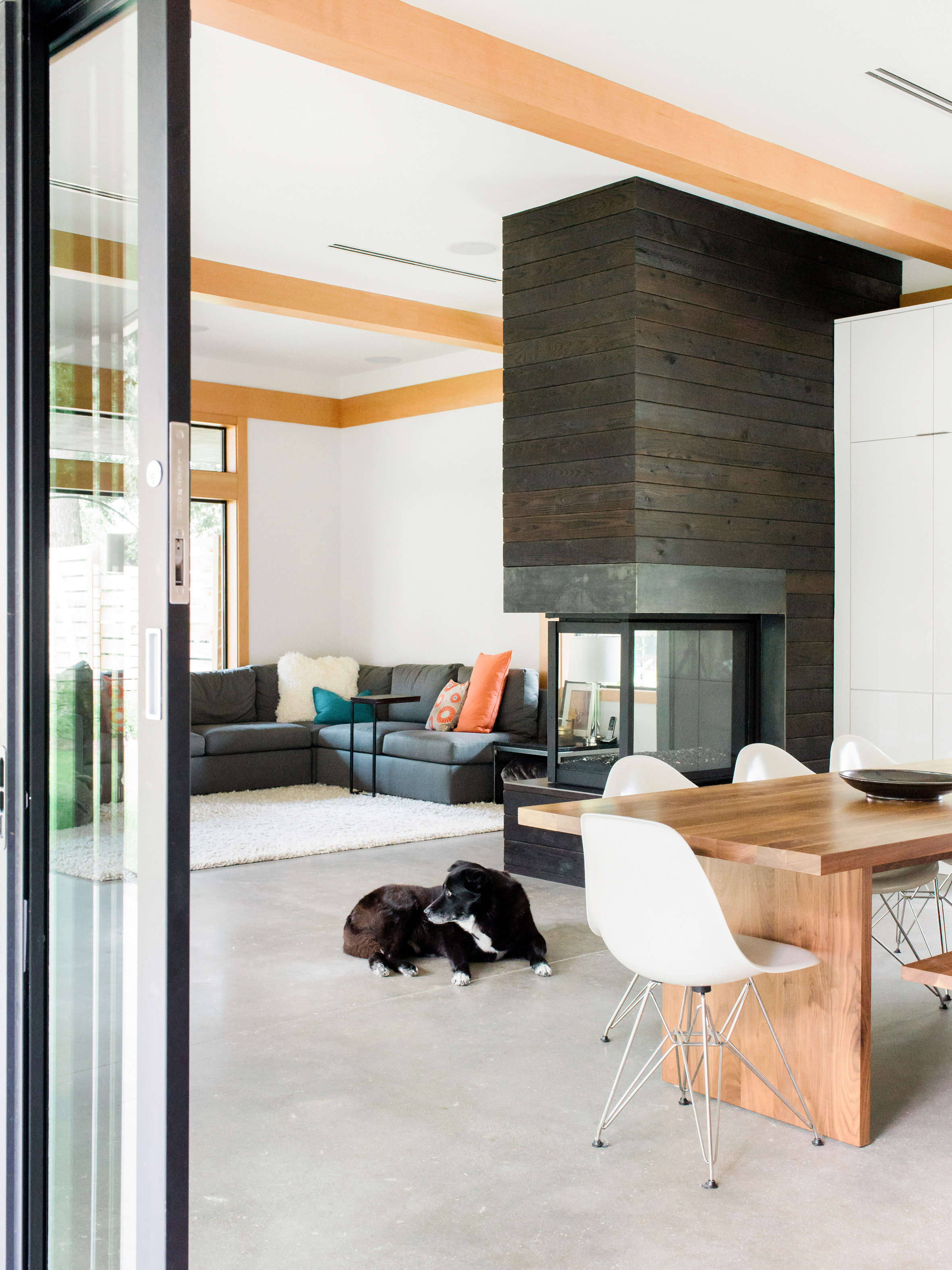 The house is named after a traditional Japanese technique for weatherproofing wood. The process involves burning and oiling lumber to give it a rich dark colour and render the material more durable.

“The wood planks, which came from Seattle, were burned by the owners using an ancient Japanese method called Shou Sugi Ban and used on the exterior and interior,” said the architects. 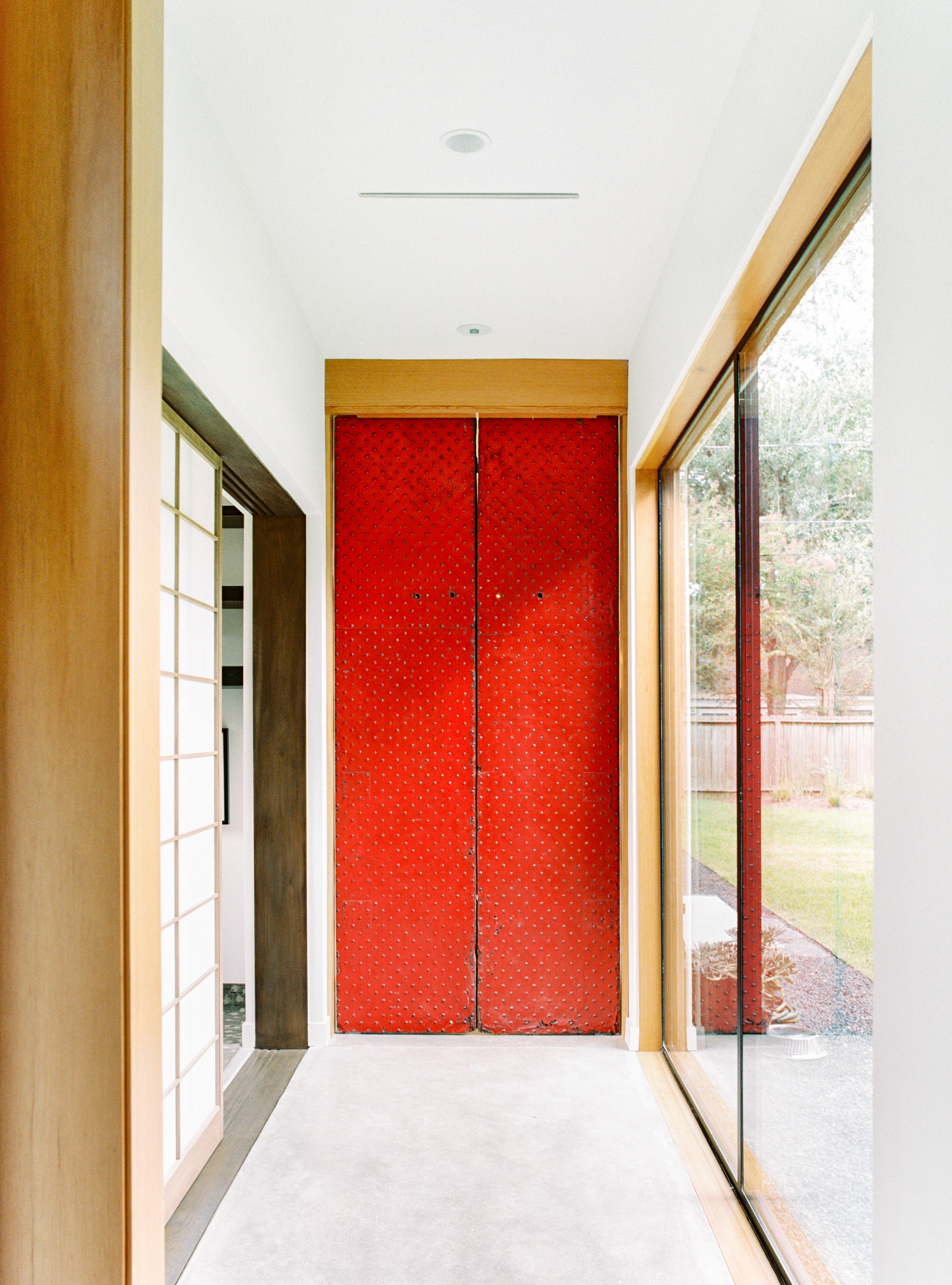 Visitors enter the T-shaped ground floor at the intersection of its two wings. The shorter section contains the home’s public areas; the kitchen is located to the west, across from the open-concept living and dining room to the east.

The master suite is situated in the longitudinal volume oriented north-south, and includes a walk-in closet and private bathroom. 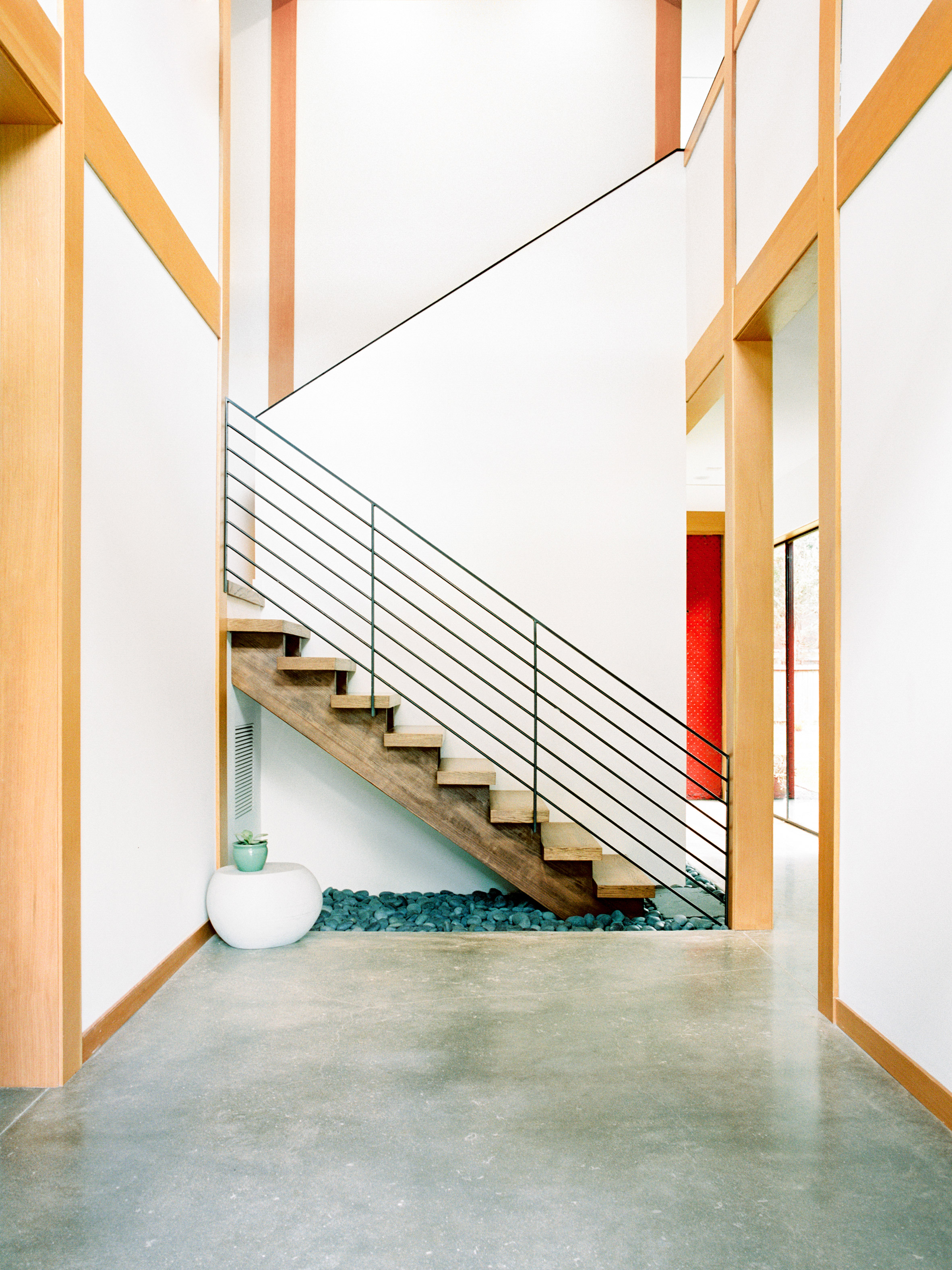 A brightly lit staircase at the nexus of the two wings leads to the upper floor. This narrow volume contains three bedrooms laid out along a hallway. Two share a bathroom, while the third has its own.

At the end of the hallway, the architects created a small extension to the staircase landing, which is glazed on three sides and receives plenty of natural light. 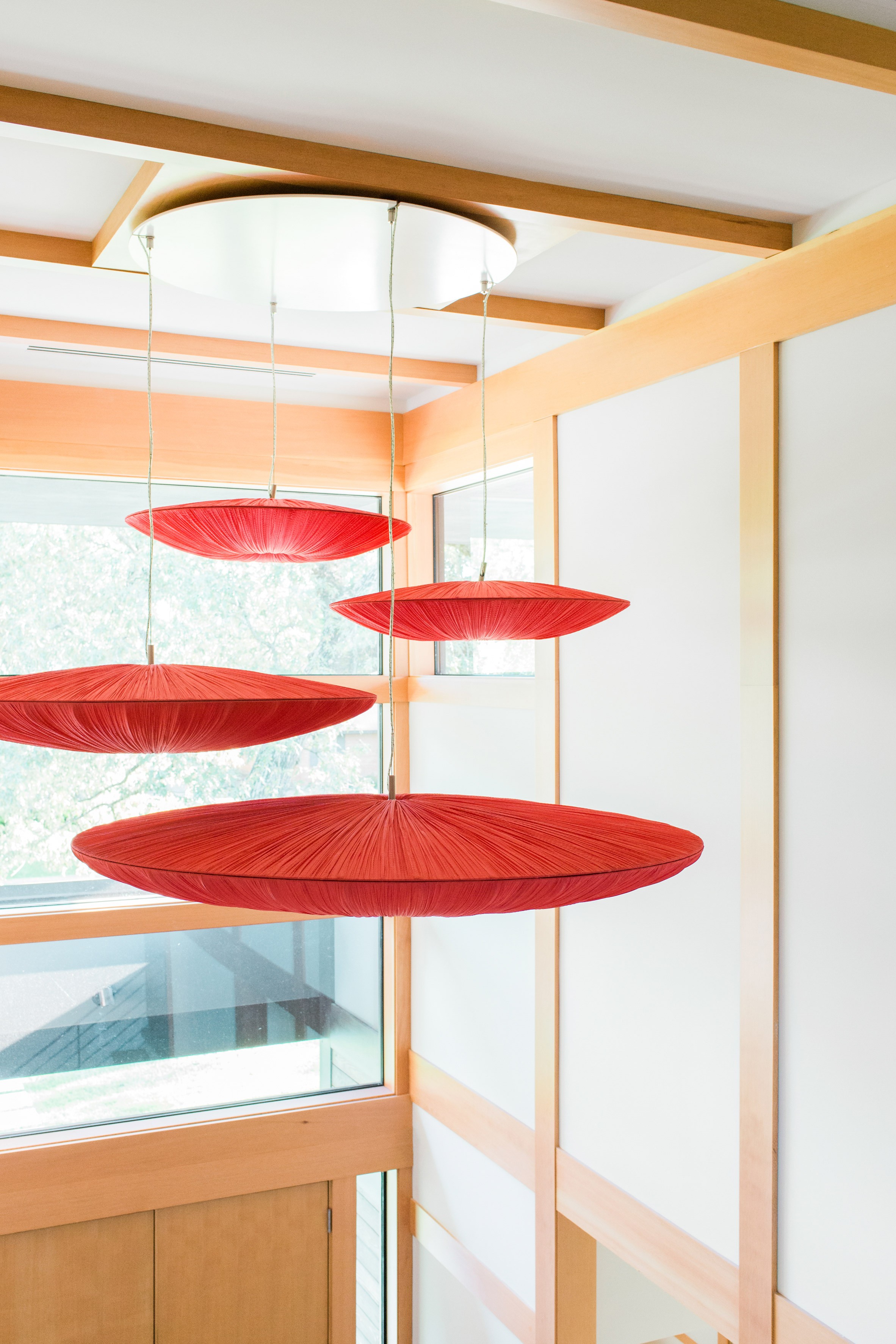 Throughout the interior, the charred wood contrasts with white tones that the architects used for most other surfaces. Colour accents are provided by various objects chosen by the client for the minimalist spaces.

“Incorporated into the home’s architecture and interior are both personal and found objects, such as the red salvaged doors for the master bedroom, antique doors for the dressing room and an antique cabinet made by the owner’s grandfather,” the architects said. 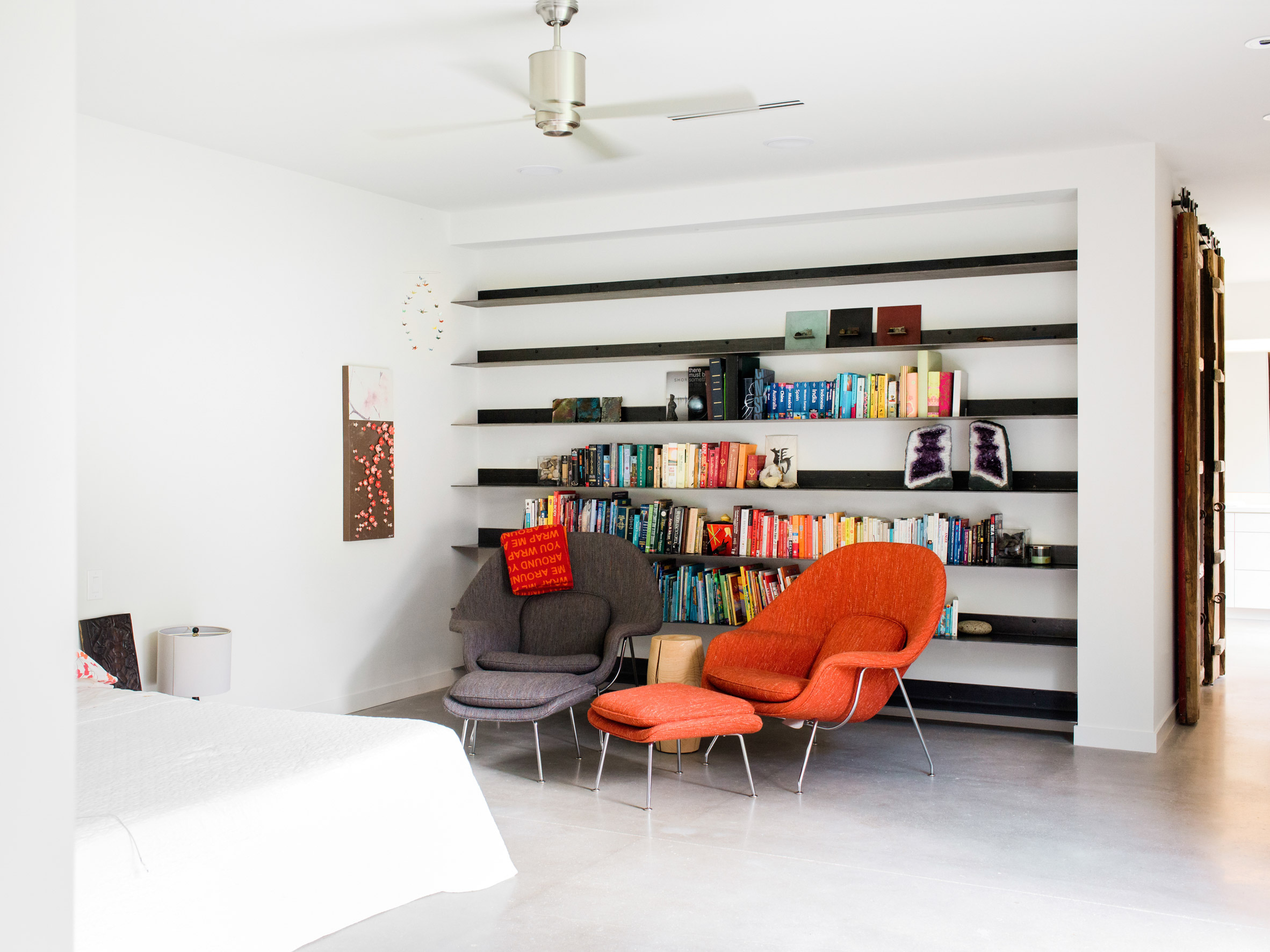 Photography is by Divya Pande. 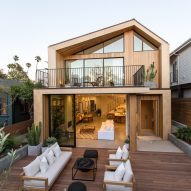