Canadian firm Hunter Office Architecture has built a stilted concrete house with ample glazing, which has a layout influenced by a traditional Hindu organisational system. 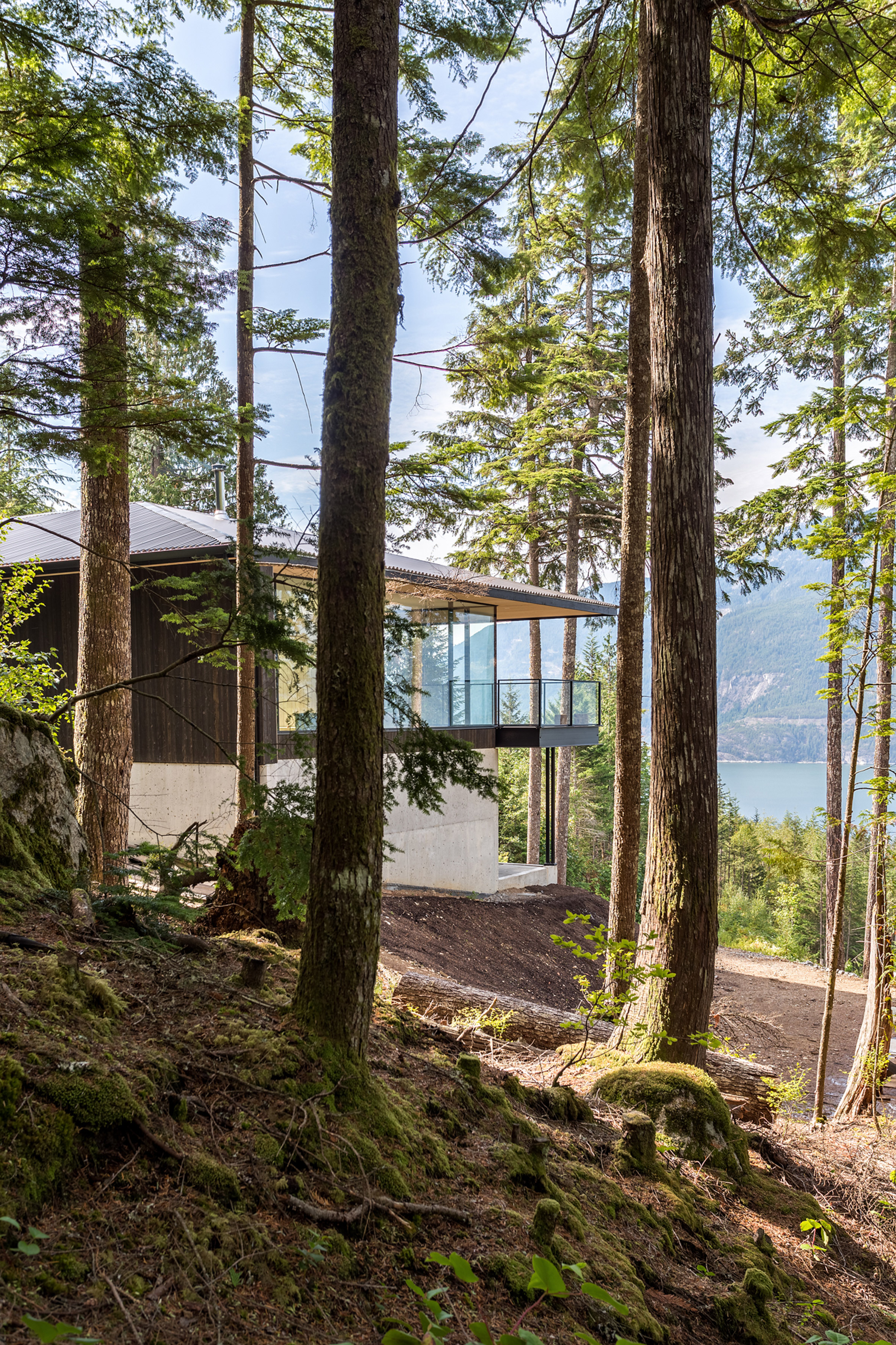 Located in Britannia Beach, a small town north of Vancouver, the secluded Stilt House was designed using guidelines from the Hindu system known as Vastu shastra – which translates as “science of architecture” – upon the owners’ request.

This system, described in ancient texts, dictates that the home should integrate with nature, while implementing symmetry and directional alignments. 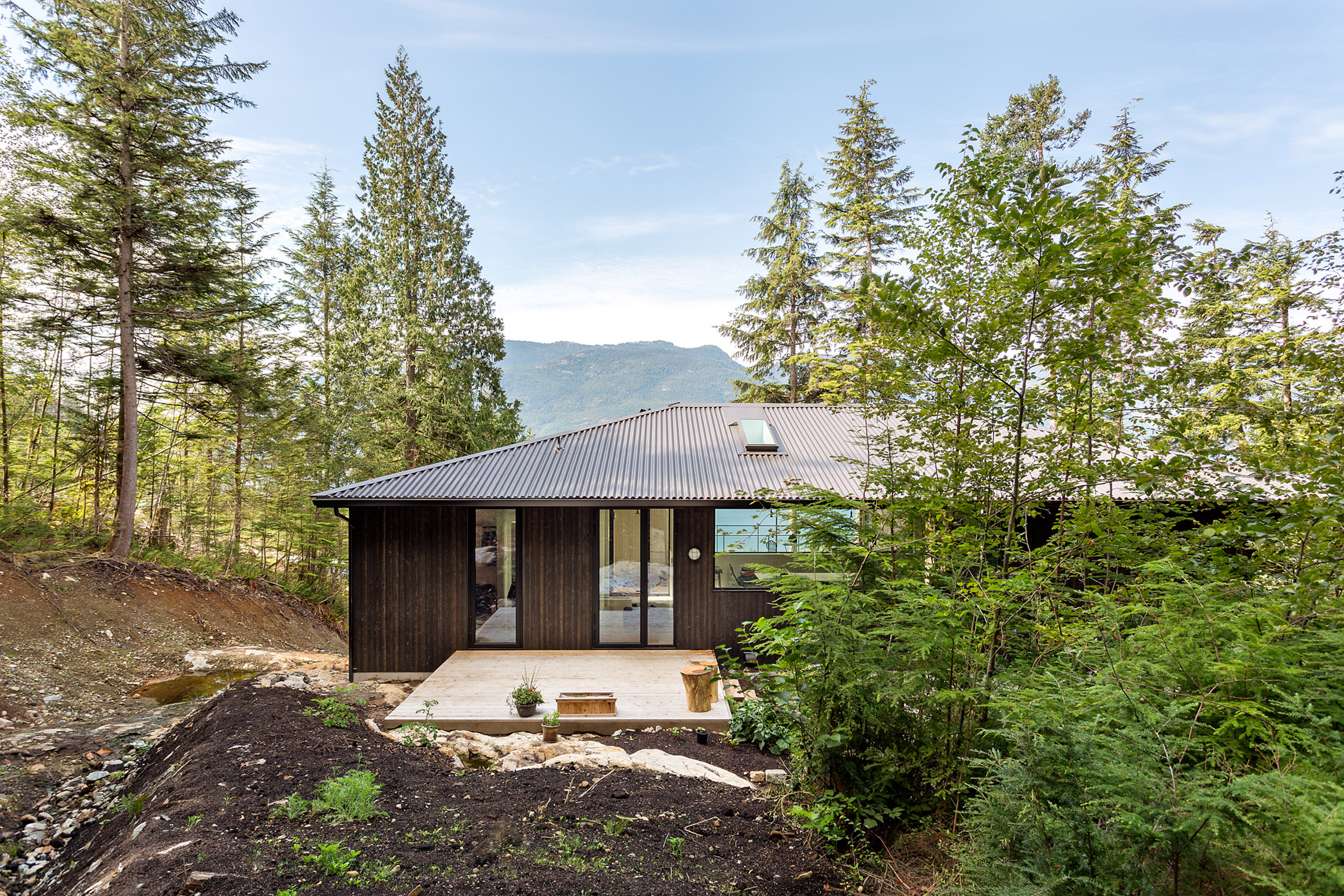 “It required the main axis of the house to be aligned along the north-south axis and orient each space towards the central open courtyard,” said Hunter Office Architecture founder Chris Hunter. Therefore, the two-storey, 1,800-square-foot (167-square-metre) home wraps around a courtyard in a U-shape. Concrete pillars support a portion of the upper storey, and are constructed on granite bedrock, allowing waters from a nearby creek to flow underneath the home. “Initially, this was a massive design hurdle to overcome, however it quickly became a key experiential character of the house,” said the architect. 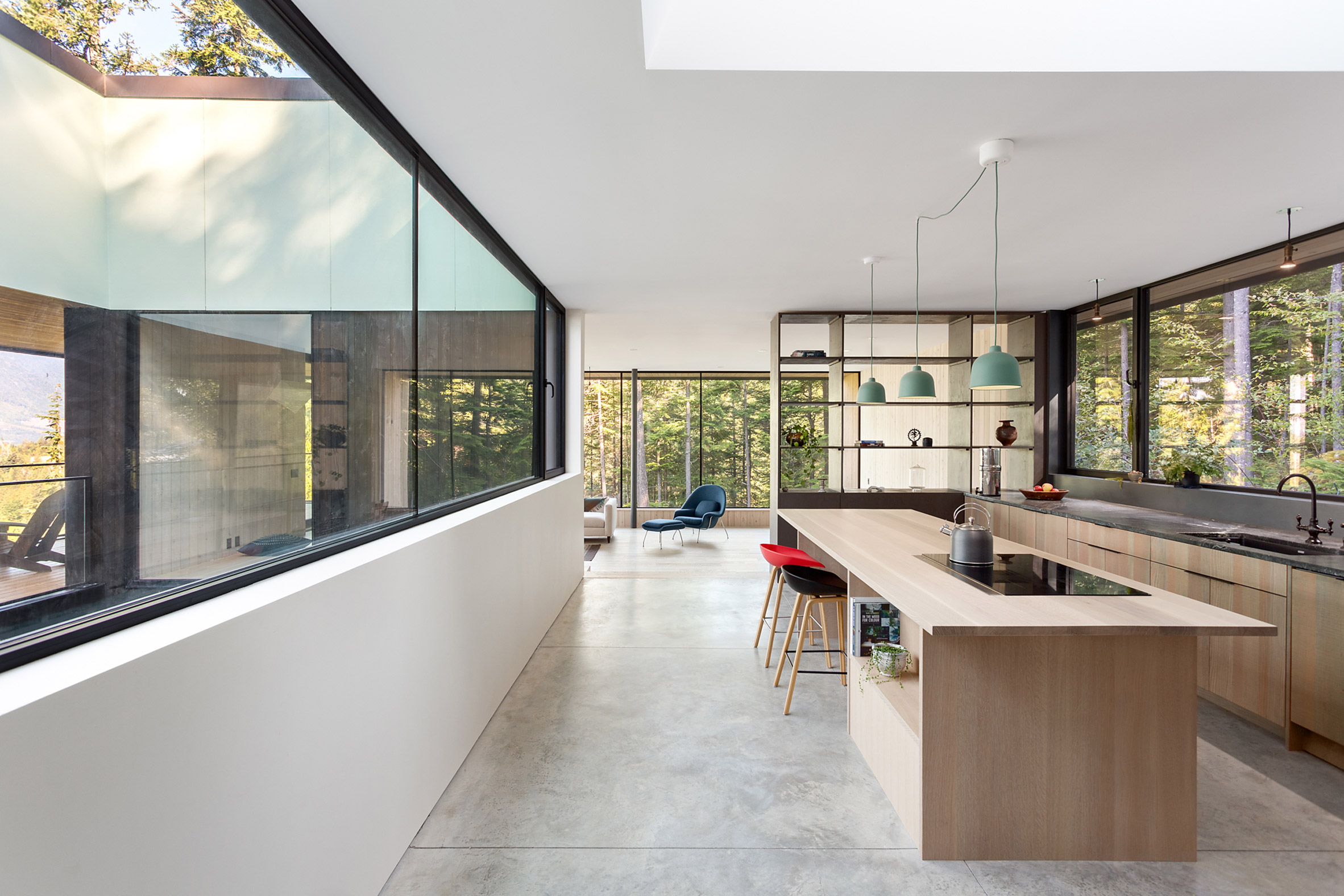 A black metal staircase leads from the open courtyard area to the upper floor, where the main living spaces are found. This arrangement creates a treehouse feel, with views of the surrounding nature in nearly every space. 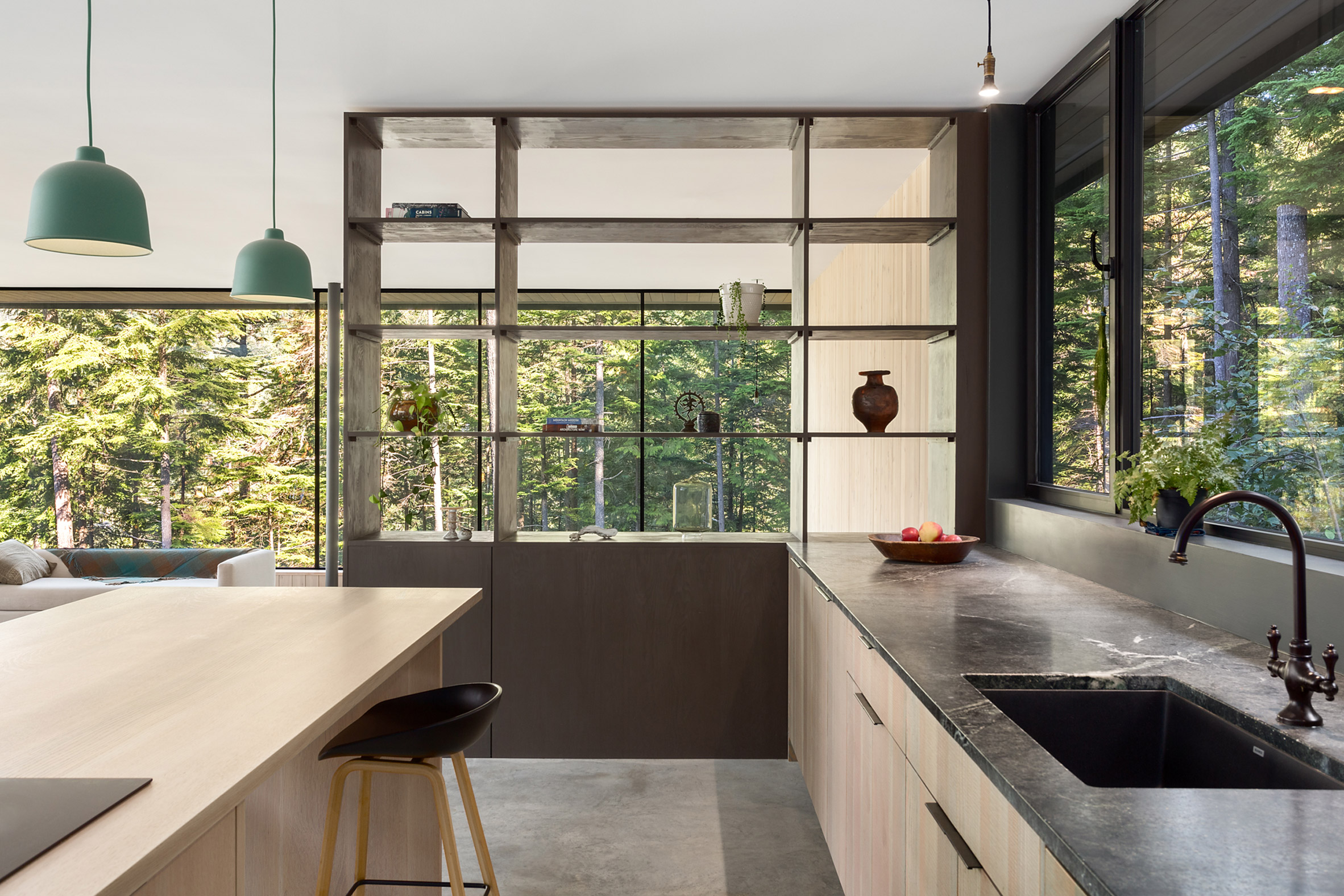 On this level, a living and dining room occupies one wing, two bedrooms and bathrooms fit into the other, while the kitchen takes up the adjoining space. A covered balcony connects the other ends of the wings, enclosing the courtyard. Downstairs, there’s room for an art studio and a fermenting cellar. 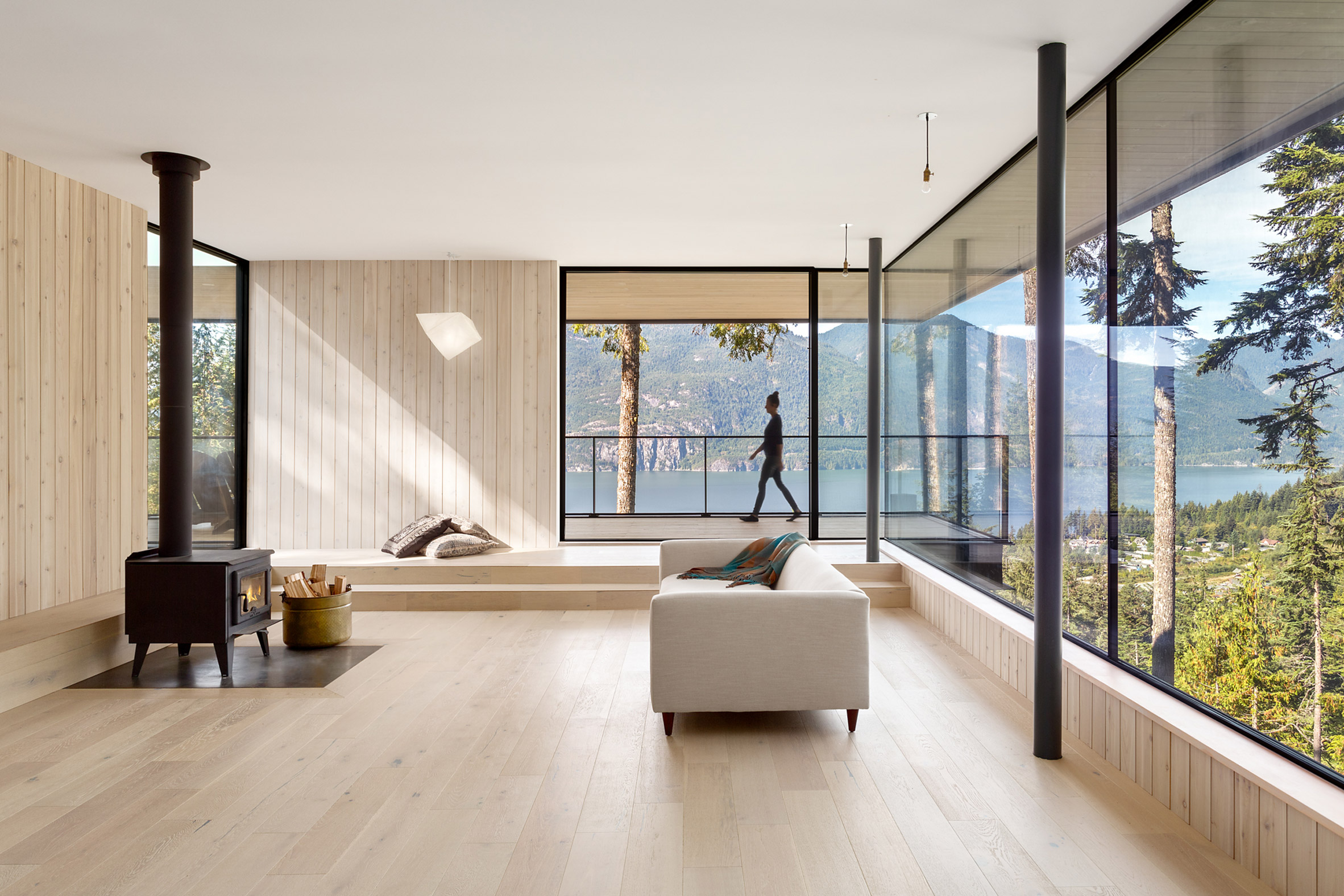 A corrugated roof tops the structure and is a subtle reference to a Balinese mountain house, a feature also requested by the owners. Black-stained cedar cladding surrounds the raised portion of the house, while the concrete structure is left exposed below. 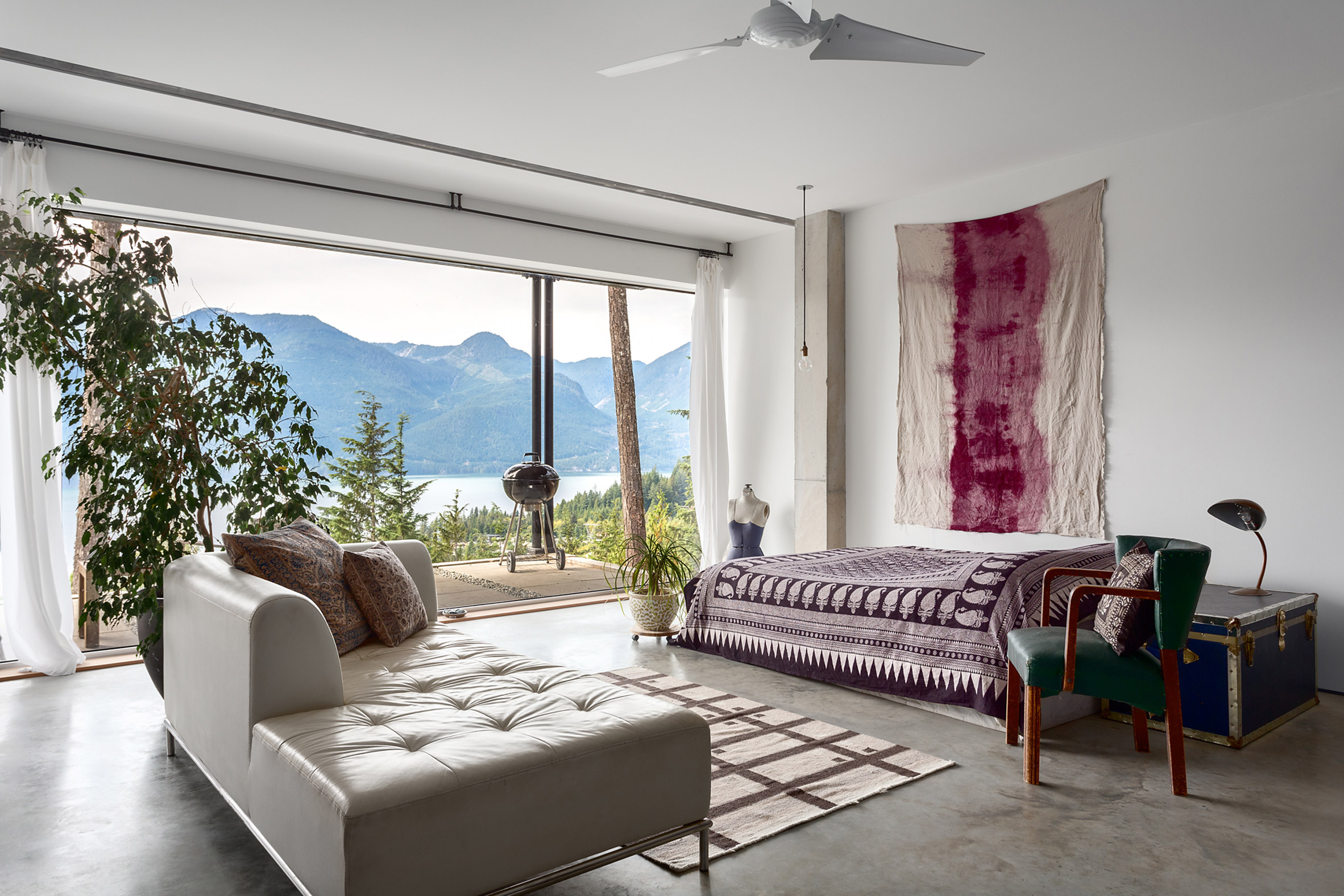 For interior decor, light pine wood features throughout, from kitchen cabinetry to interior cladding and flooring. Poured concrete floors are found in the kitchen and bedroom. 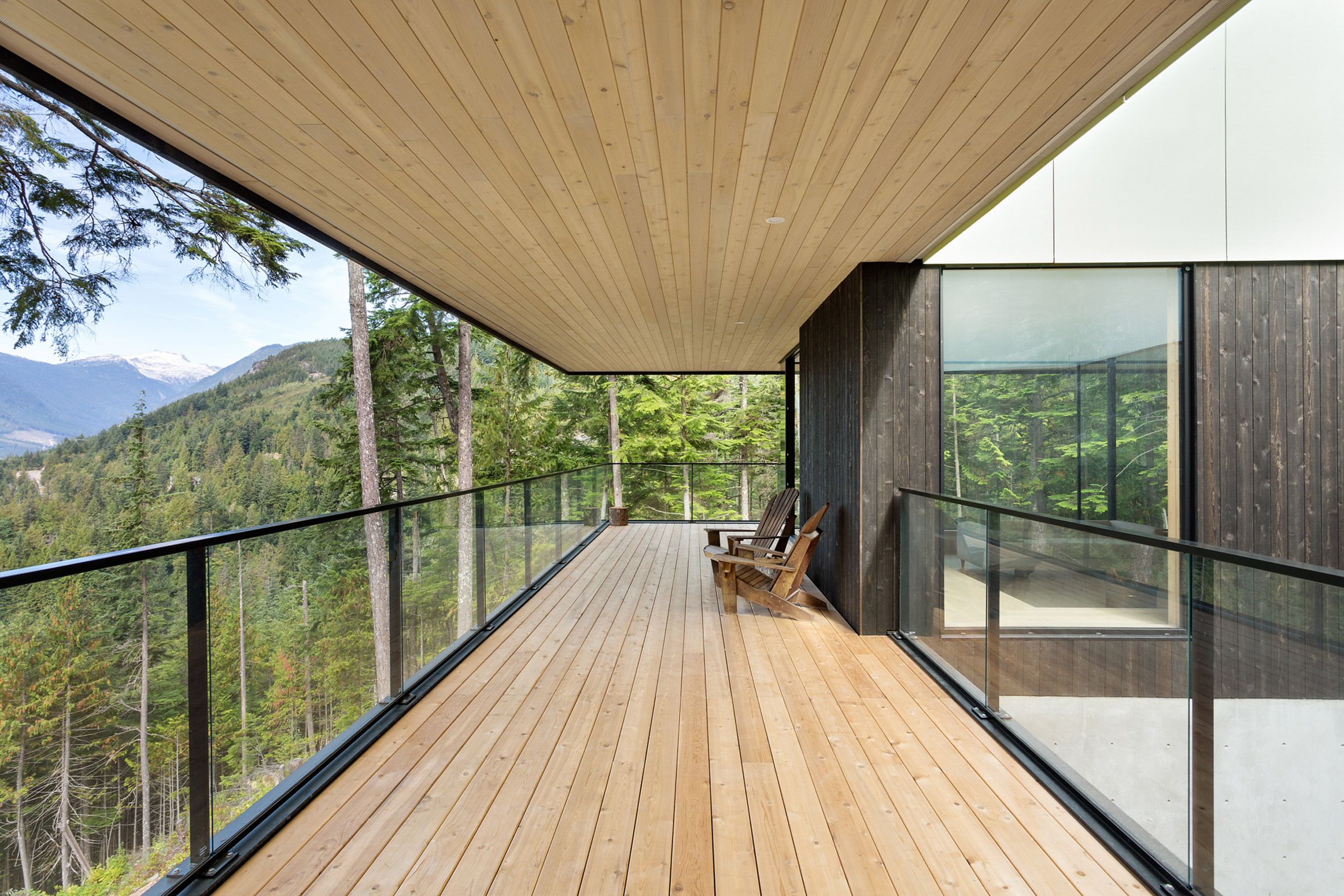 Hunter Office Architecture was founded in 2014 and is based in Squamish, a small town very close to Britannia Beach. The firm designs family houses and vacation cabins in the area. 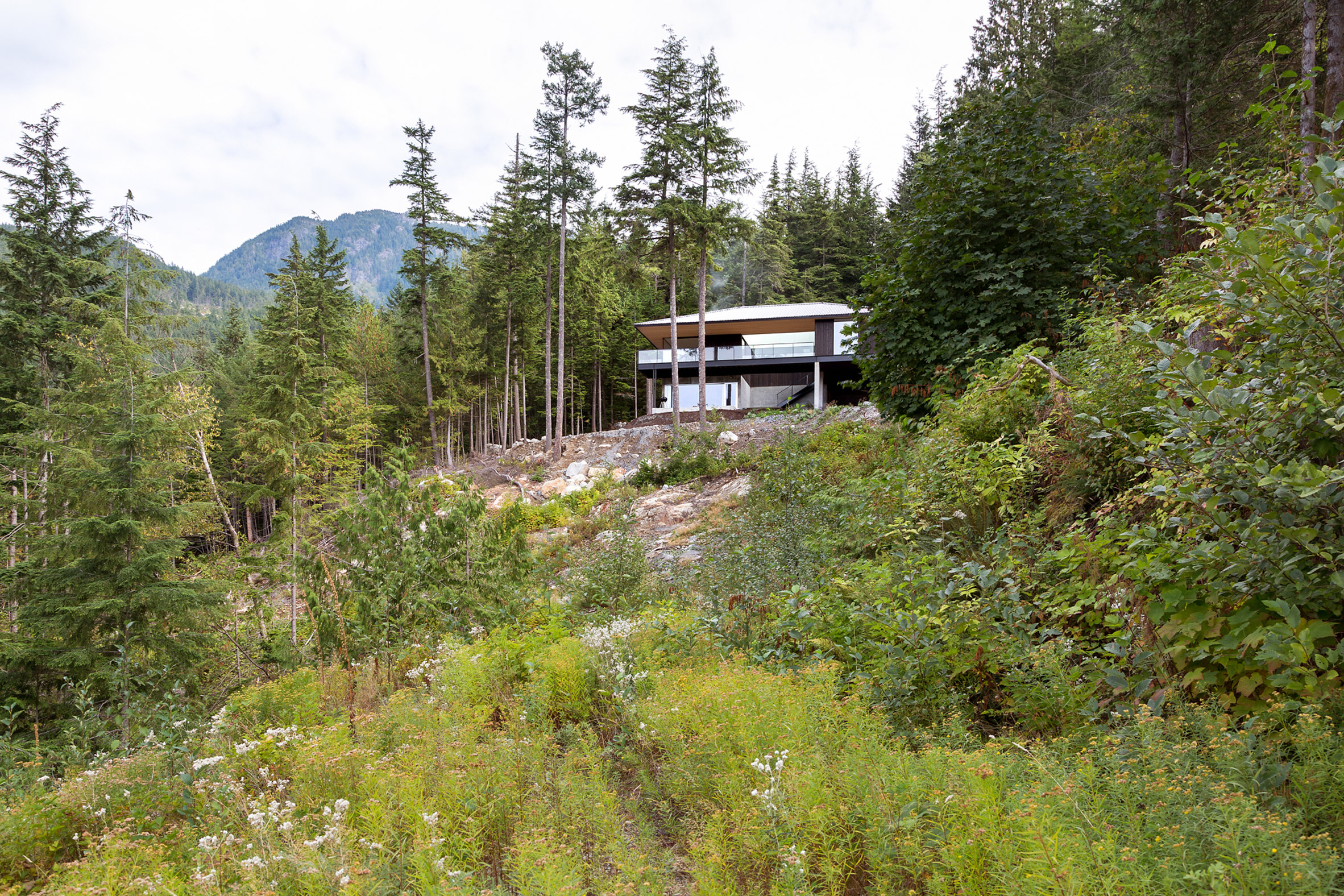 British Columbia’s dramatic landscape draws artists and holiday makers from across the world. Its forested terrain is also home to a small wooden artist’s cabin, while in its winemaking region, an angled, metal-clad building for a vineyard steps down a hillside.

Photography is by Provoke Studios. 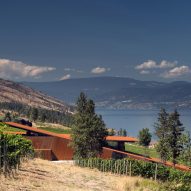