The latest football stadium for the 2022 World Cup tournament in Qatar has been unveiled, featuring a diamond-patterned exterior based on the knitted white cap traditionally worn by Arab men. 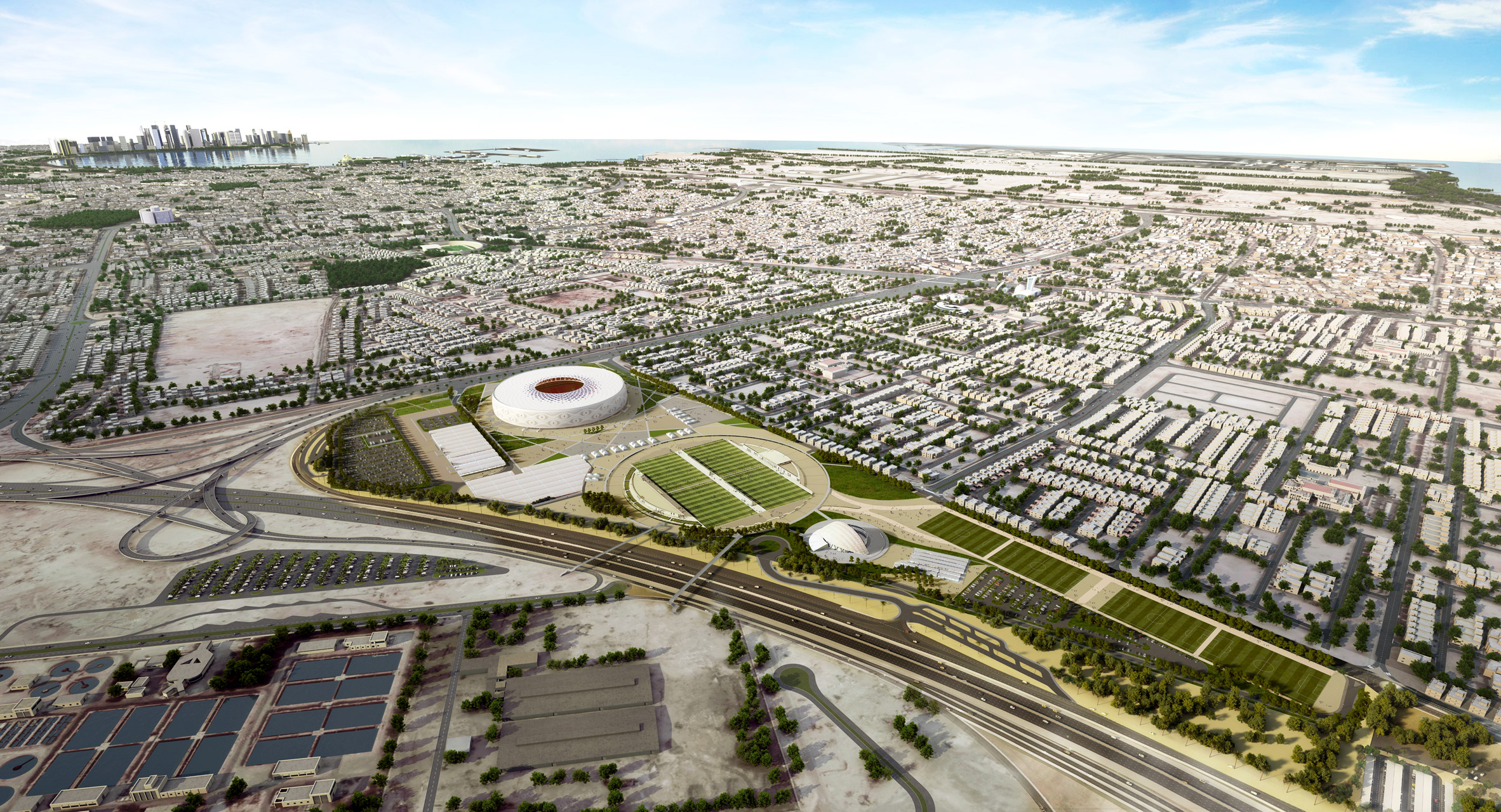 Modelled on the gahfiya – a tightly fitted cap worn by Arab men as part of their traditional dress – the circular stadium will be punctured with diamond-shaped perforations that form larger rhombic shapes with rounded forms set in between. 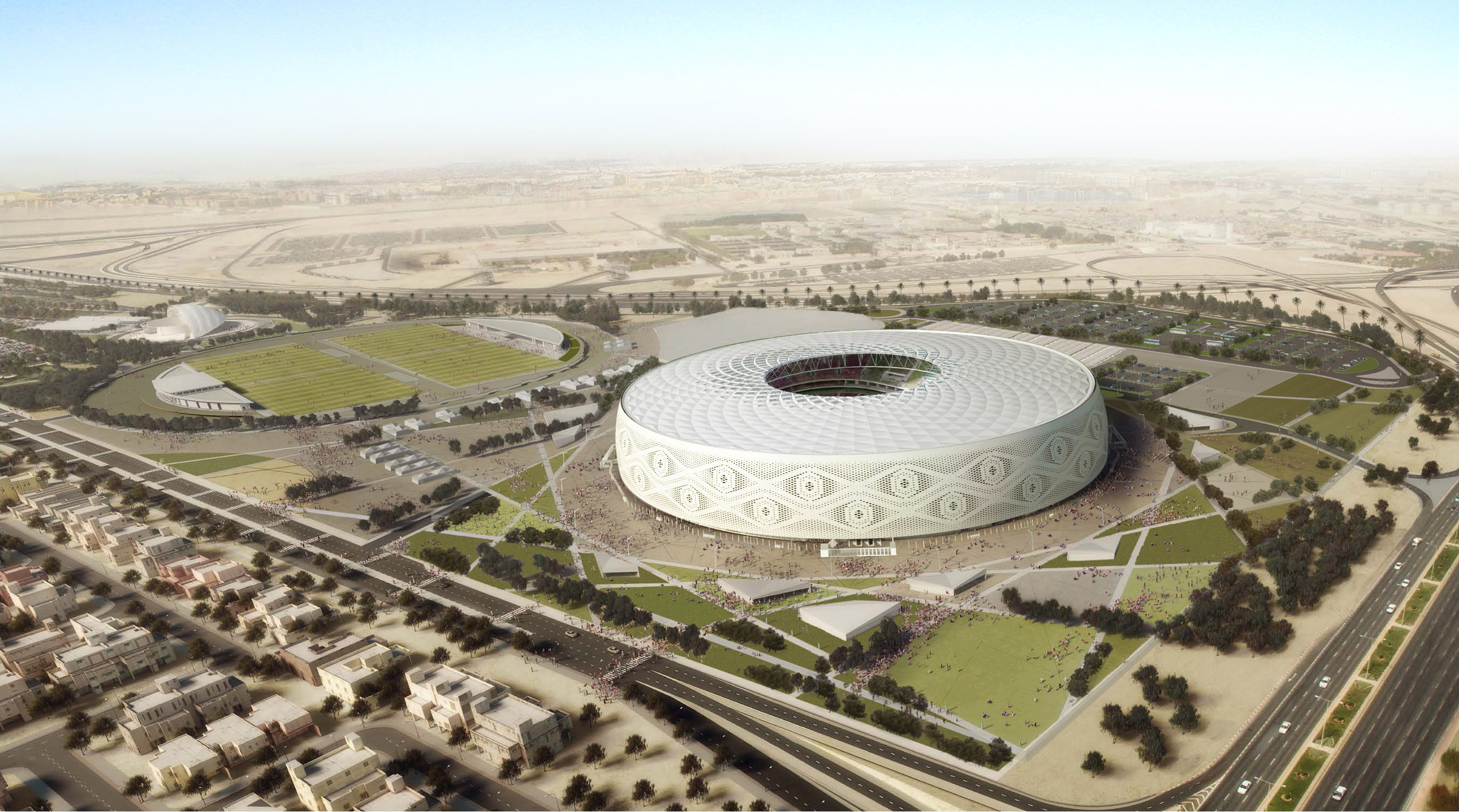 “The reveal of Al Thumama Stadium design comes with immense pride in having contributed to the delivery of the first World Cup in the history of Qatar and the region,” said Jaidah. 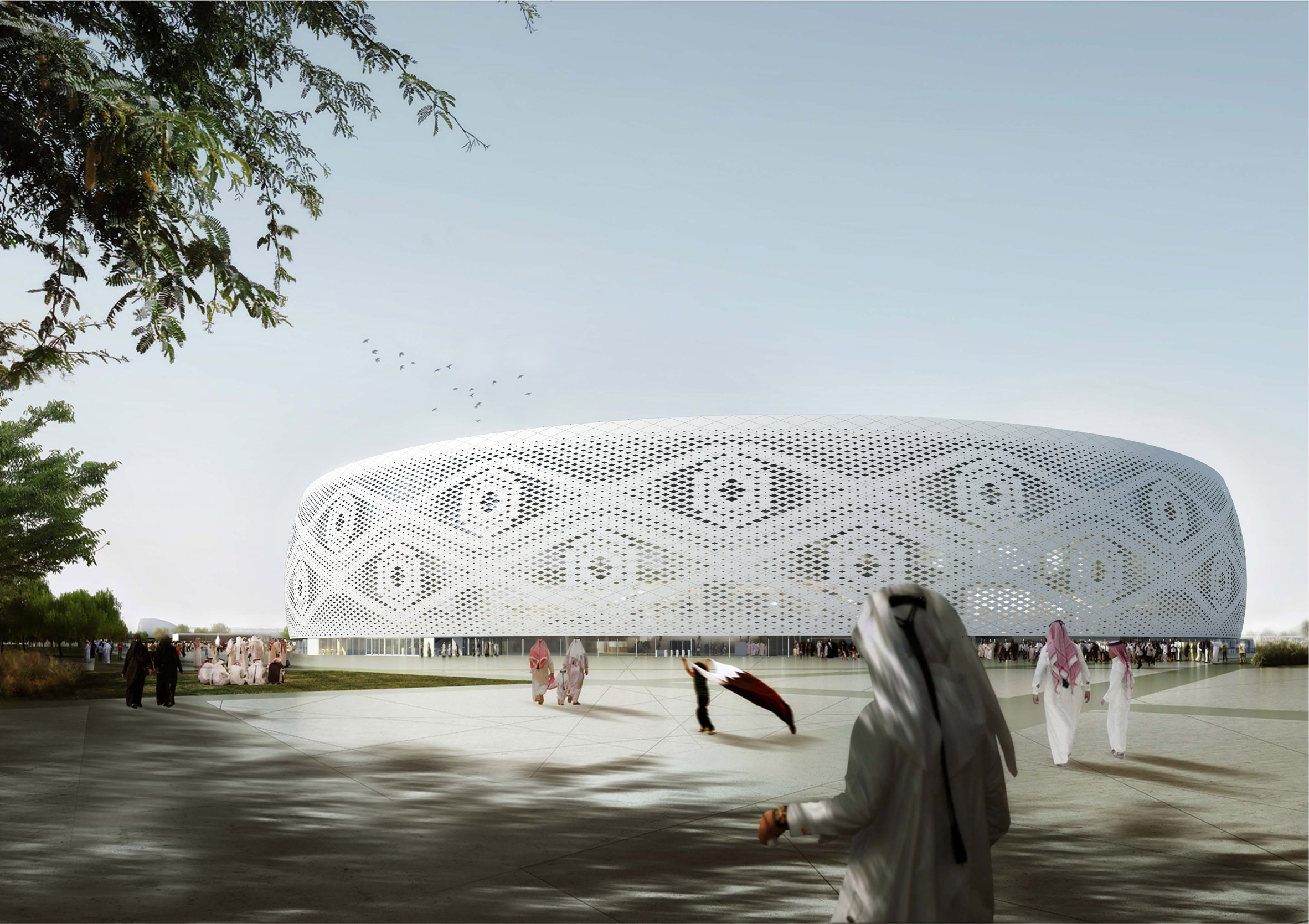 “The inspiration behind the design comes in line with Qatar’s hosting promise that this World Cup will be one for the region to celebrate,” he continued.

“I believe it will be a stadium design that resonates with the Arab community, and we are extremely proud to have designed this innovative venue.” 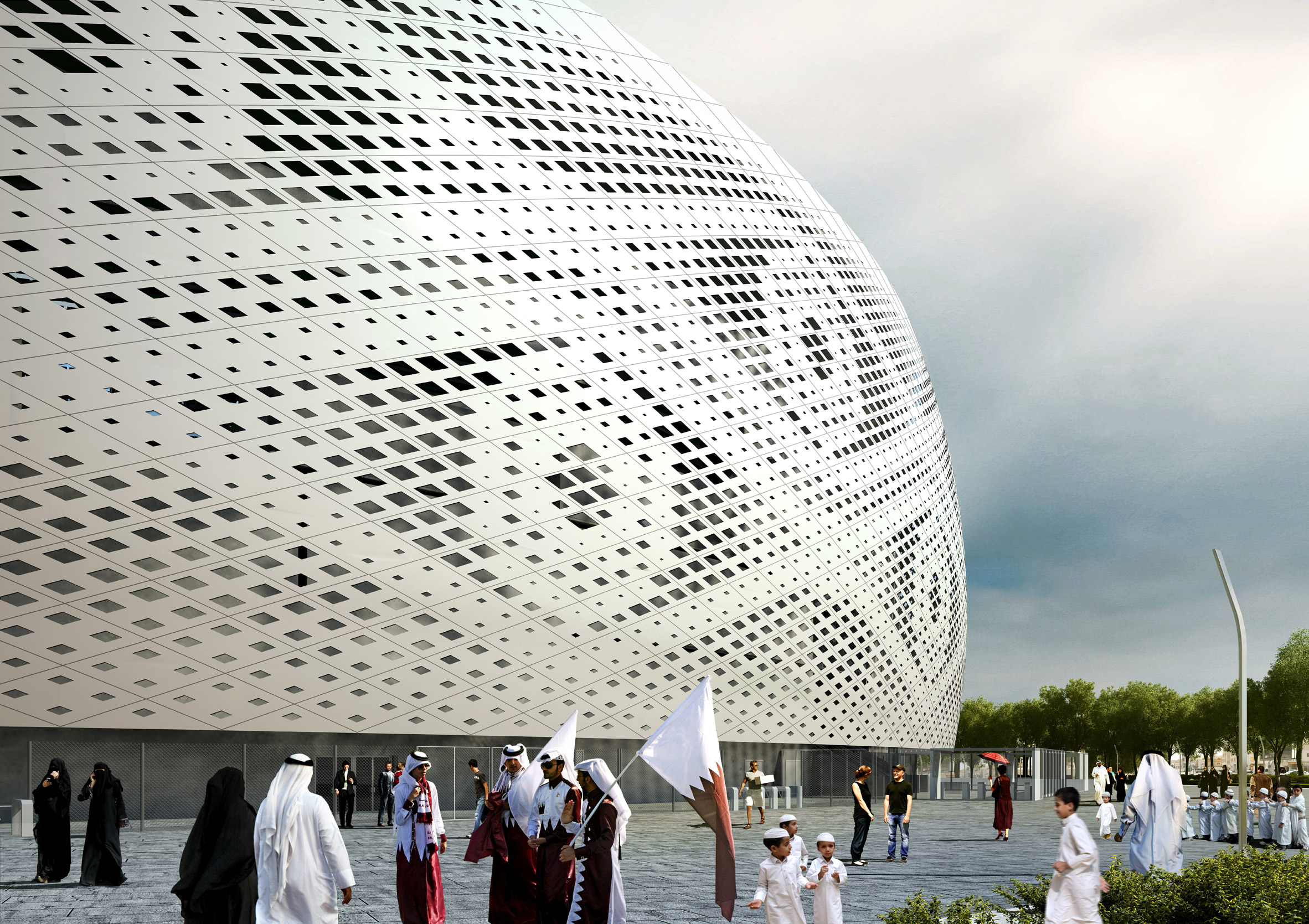 Ibrahim M Jaidah will work on the project wth architectural design consultant Heerim. It will also feature a circular opening in the roof and cooling systems so it can be used for sporting activities all year round.

The Supreme Committee for Delivery & Legacy (SC), the organisation responsible for providing the infrastructure to host the World Cup, praised the design of the stadium for its ties to Arab tradition and history. 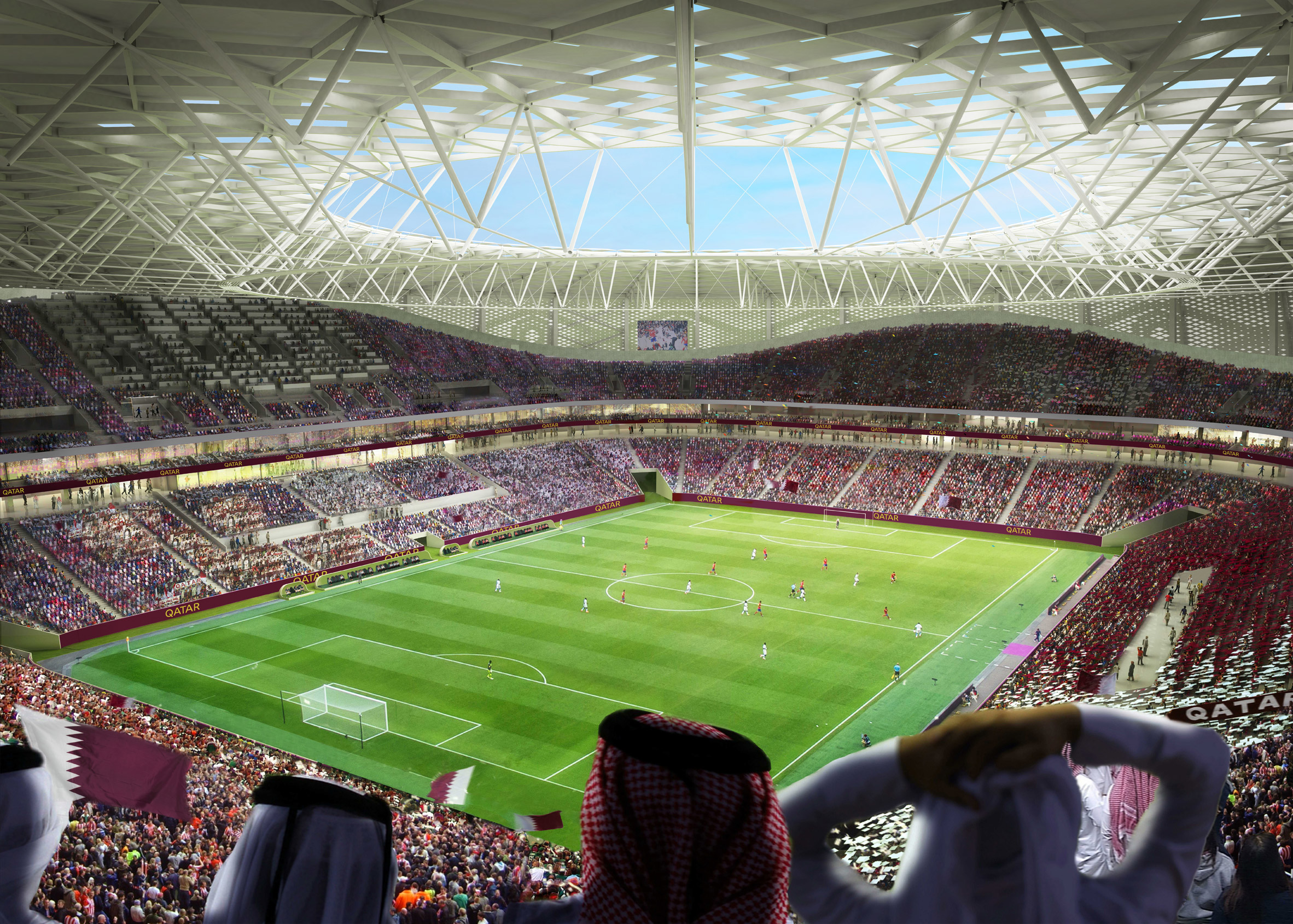 “With just over five years to go until Qatar opens the doors of the Middle East to the world, this symbolic design embodies everything that unites us as Arabs and Muslims, and is a fitting tribute to the first FIFA World Cup in the Middle East,” said the organisation’s secretary H E Hassan Al Thawadi.

“Given its cultural and historical relevance… Al Thumama Stadium will become a favourite among the region’s sports fans and a sporting landmark that demonstrates to future generations just how unique the Qatar World Cup will be.” 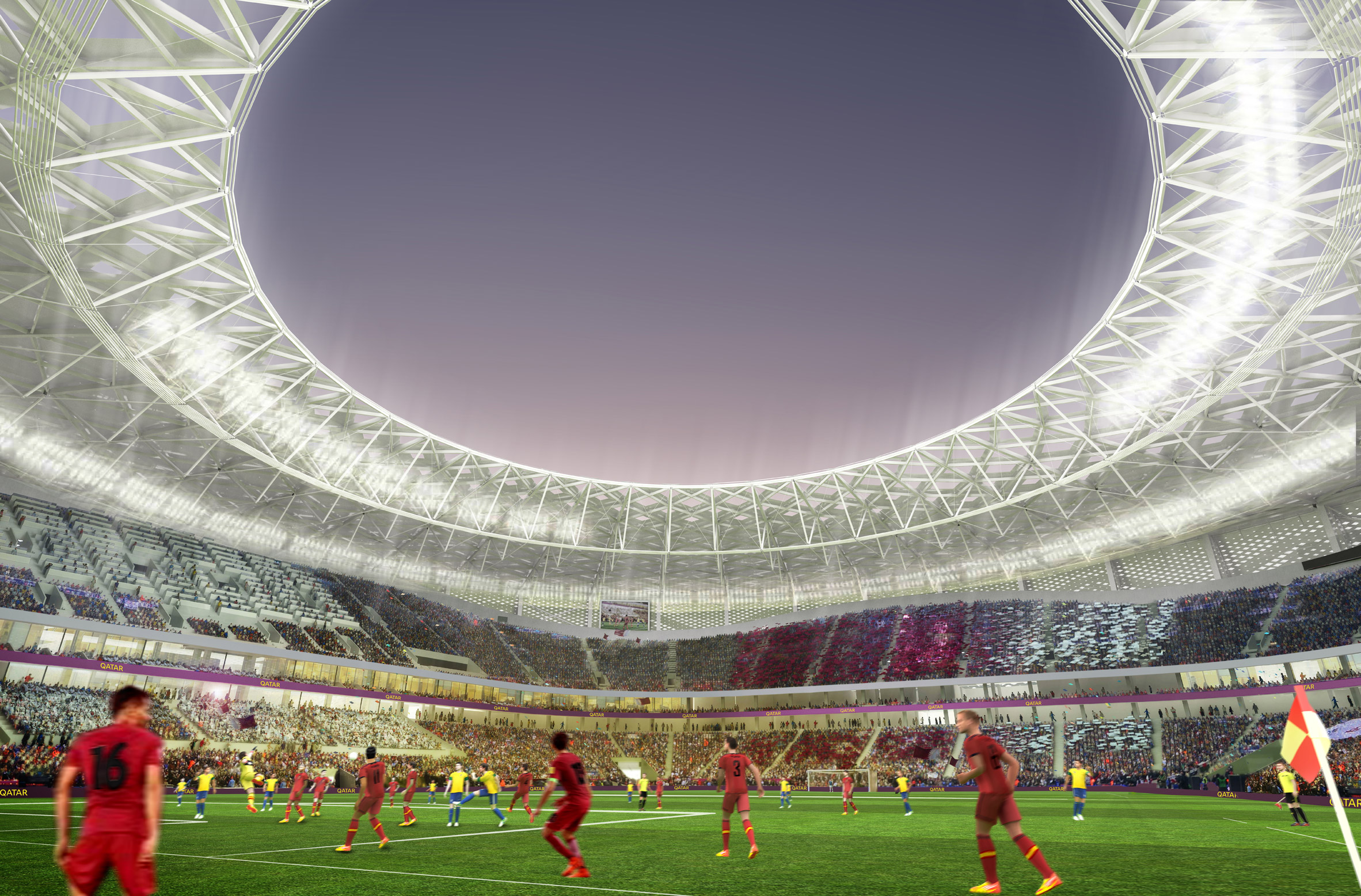 The Al Thumama Stadium is located Al Thurmama, a neighbourhood in the capital city of Doho, which is six kilometres from waterfront promenade, the Corniche, and close to metro stations on Qatar Rail’s Red Line. 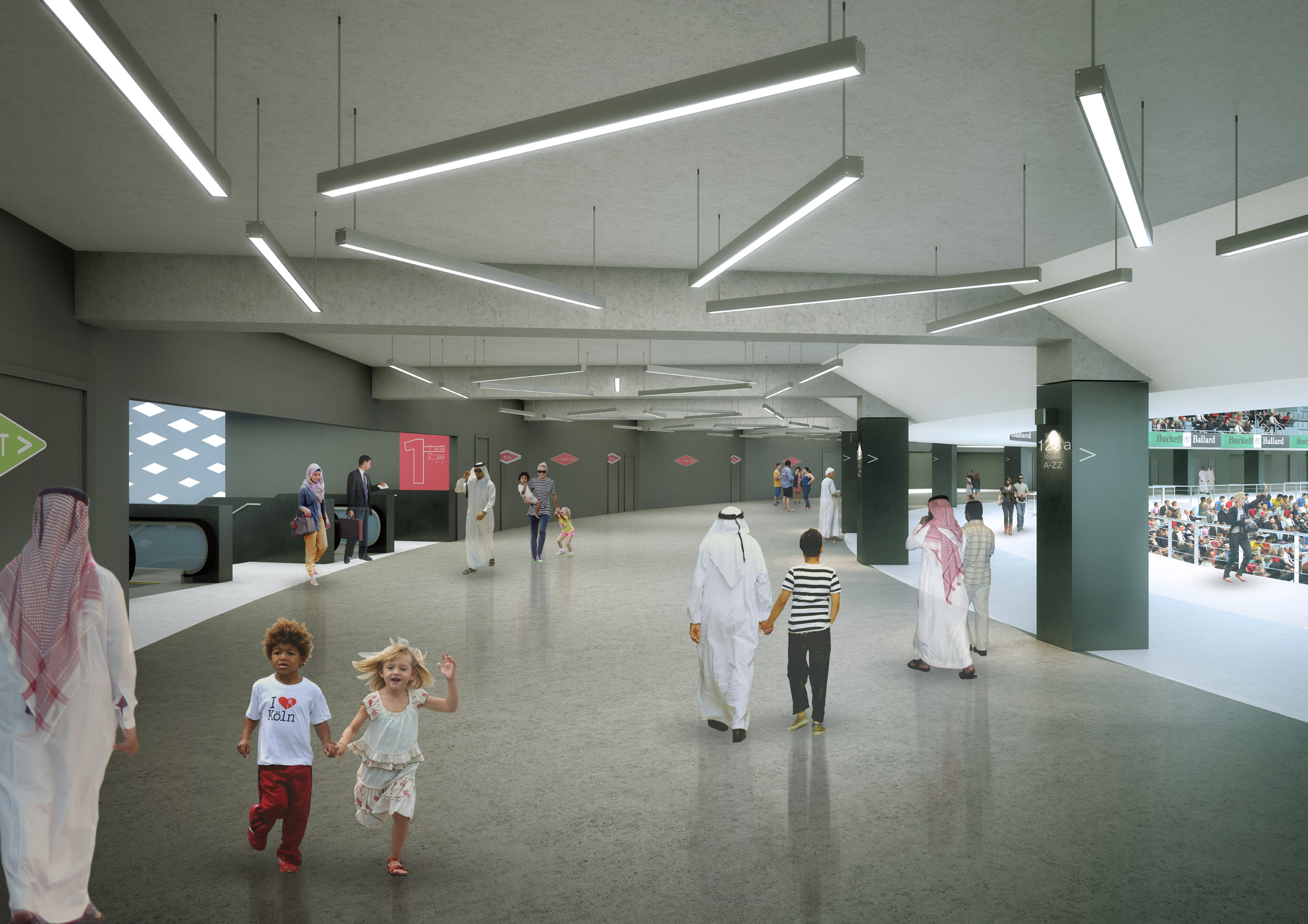 It is set to be one of the most central of the eight venues expected to be completed ahead of the tournament in 2022.

Seven are currently under construction across Qatar, including the Foster + Partners-designed stadium that will host the opening game and closing ceremony, the 40,000-seat Al Wakrah stadium  Zaha Hadid Architects in the south of the country, and the Al Bayt Stadium, which is expected to complete next year.

The eighth, the Khalifa International Stadium, was completed in Doha earlier this year. 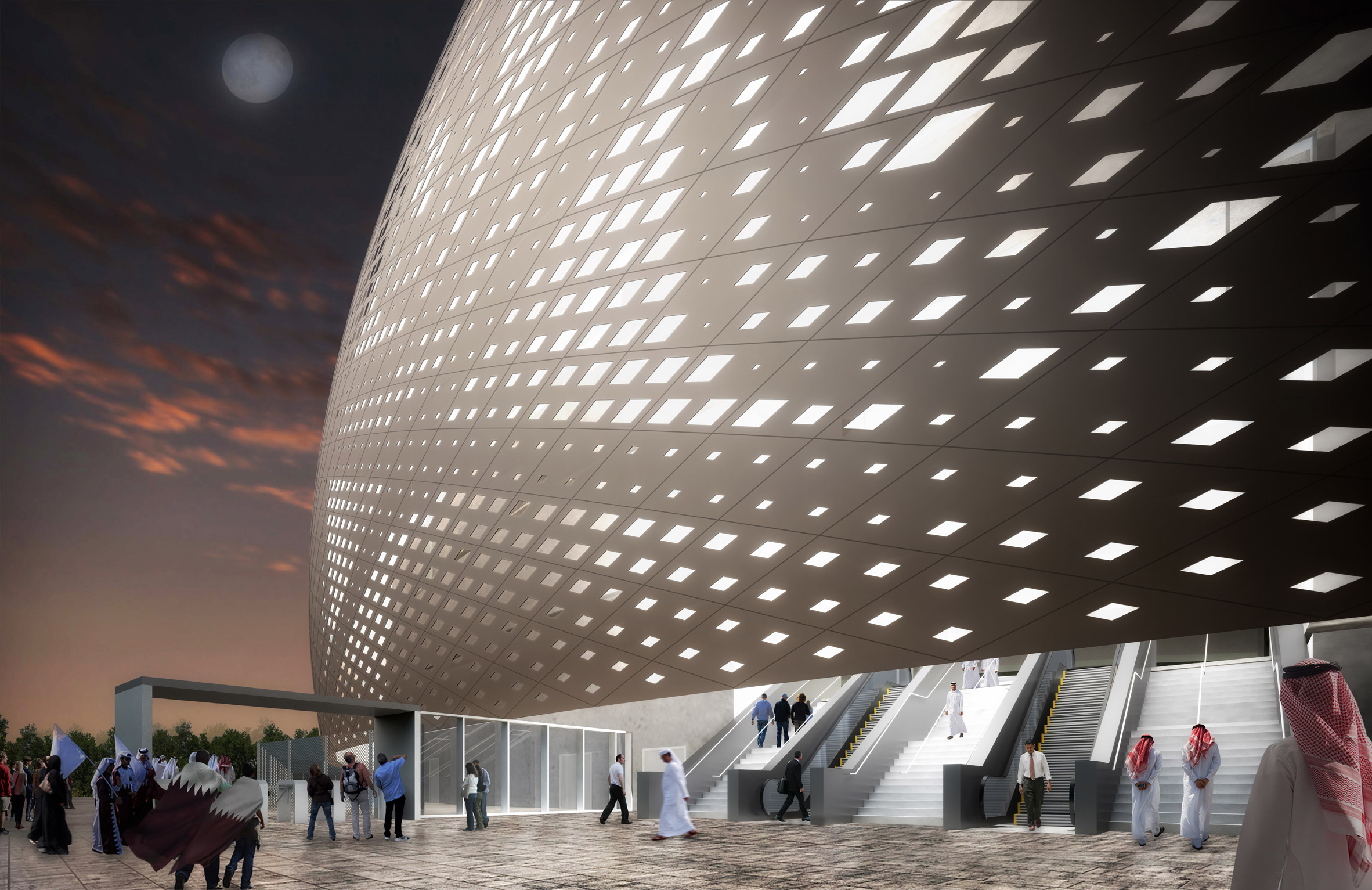 The Qatar tournament will kick off on 21 November 2022 instead of in its usual summer slot to ensure that temperatures are cool enough for the players.

As well as changing the usual timing, the event has been dogged by other controversies. In 2014, an investigation by British newspaper The Guardian into conditions in the Qatari construction industry found that over 500 Indian migrants and 382 Nepalese nationals had died in the country since 2012.

American sports channel ESPN followed by speaking to workers who were living in “squalor” in camps and said they were unable to leave as their employers held their passports. When asked about worker conditions in the country, late architect Zaha Hadid said it was the responsibility of the government to resolve any issues.

Al Thumama Stadium will be built by Qatar company AlJaber Engineering and Turkish construction company Tekfen, and is expected to be completed in 2020. Following the event it will go on to be a legacy stadium with seating for 20,000, as well as a boutique hotel and other amenities.

Prior to the construction, Al Thumama Stadium’s site was occupied by four Qatar Football Association training pitches, which hosted the early rounds of the Workers’ Cup, an initiative launched by the SC to enable migrant workers across Qatar to play competitive football. 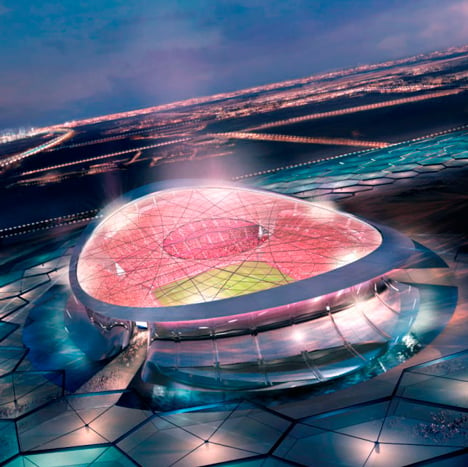