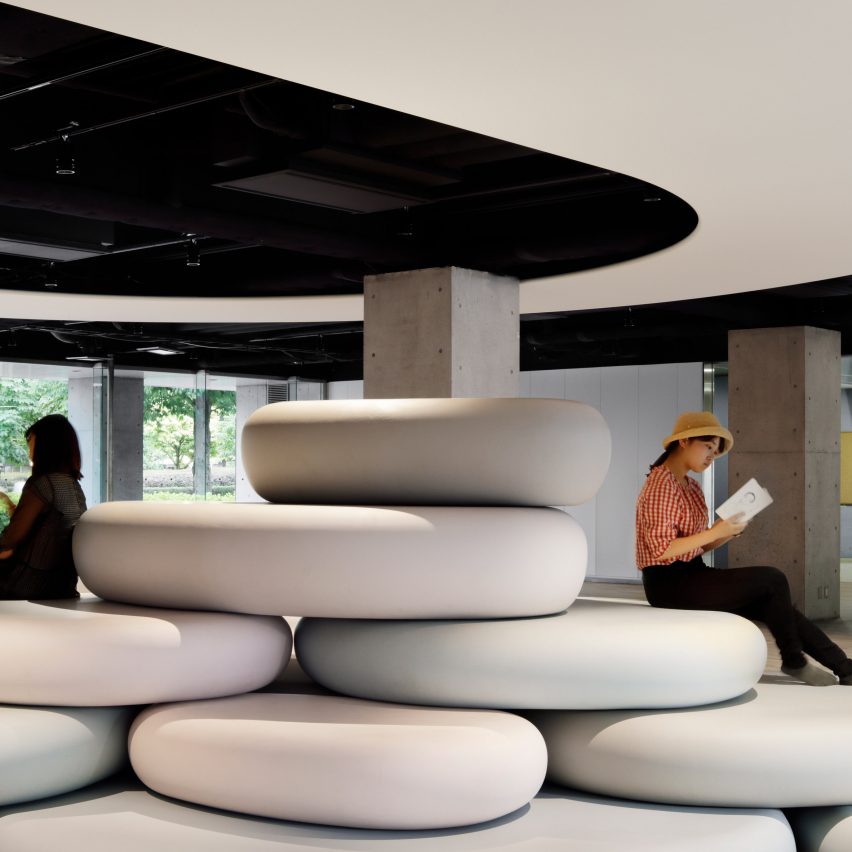 Pebble-like seats in pastel hues offer students a place to recline in this recreational area, which Igarashi Design Studio has created for an arts university in Tokyo. 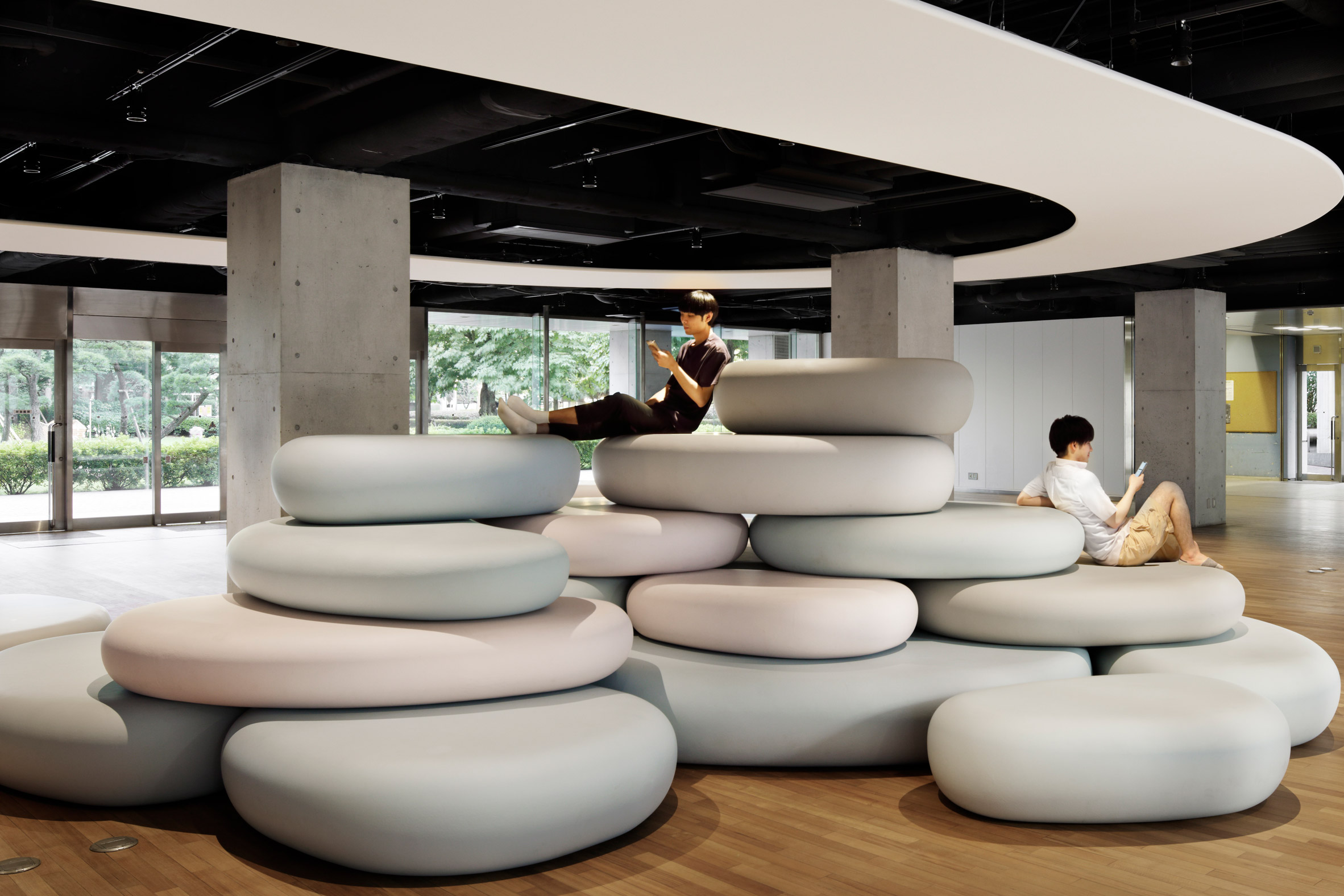 Populated by a series of comfy seating pads, the space was previously used as a shortcut to reach other buildings on campus. The local studio has make it into a place where students can relax or work in a much more casual setting than the library. 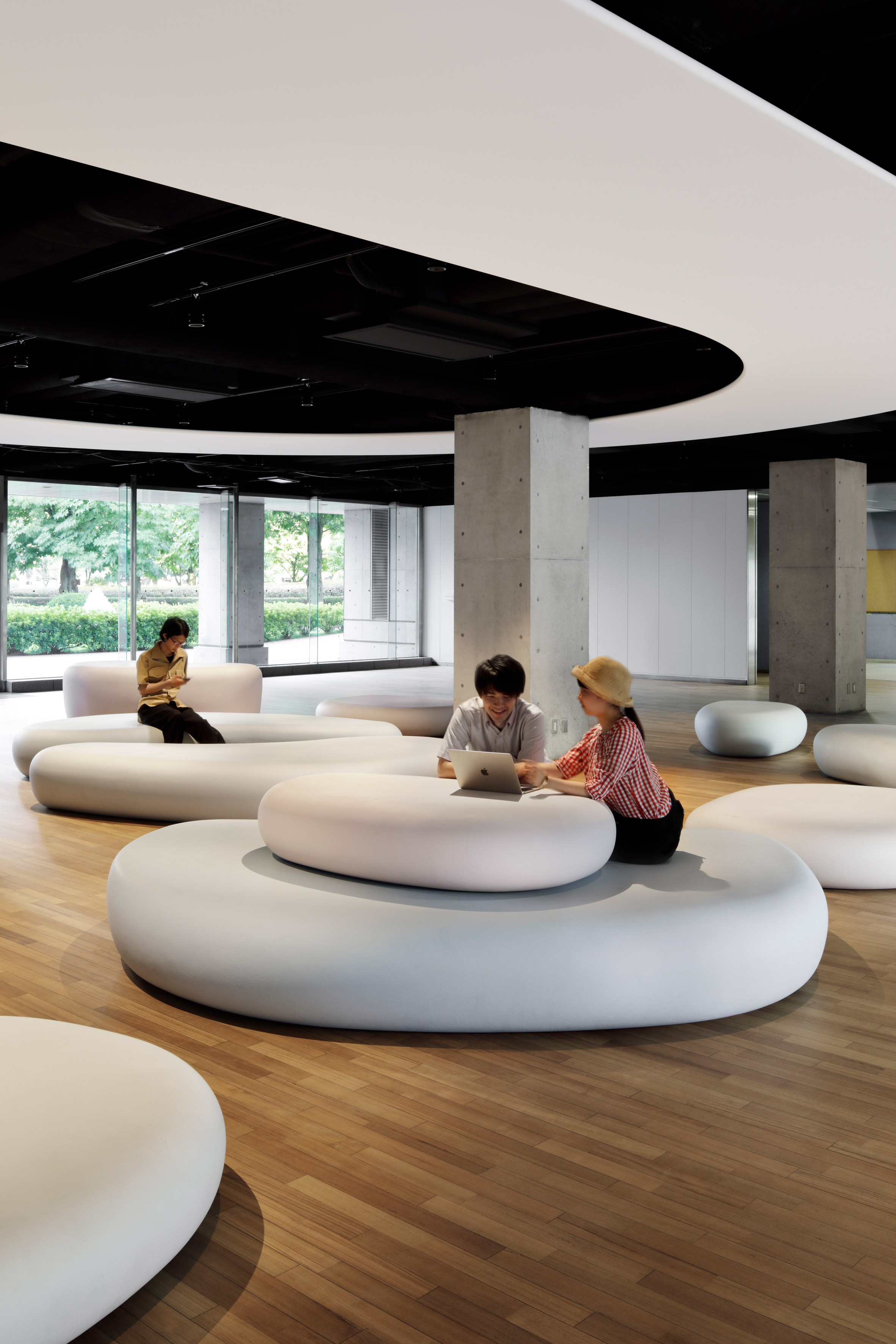 Designer Hisae Igarashi, who heads up the studio, has also been a professor at the university since 2010.

“Everyone has their own styles of seating and sleeping, and we have searched for an optimum solution,” the studio explained. “Zero Space was created as a highly flexible space to suit each one’s purpose, letting people use them both alone and in a group.” 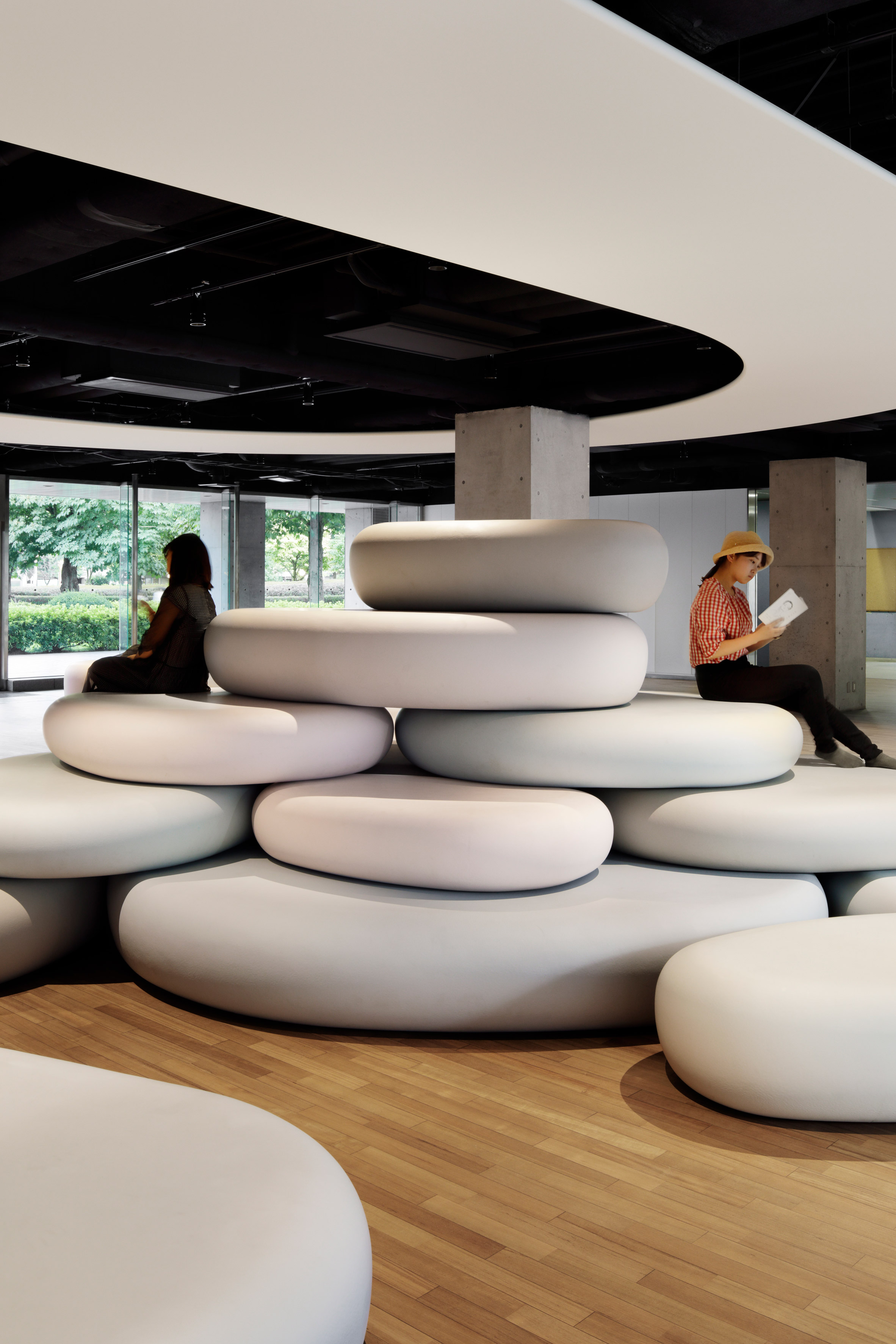 Featuring smooth, rounded edges and shallow indentations, the seats are meant to resemble pebbles that have been shaped over time “by the flow of a natural river”. They’re coloured off-white, baby pink, or baby blue, contrasting against the room’s warm timber floors.

Students can sit on or lie across the pads, or stack them up to form small desks and sofa-like seats. 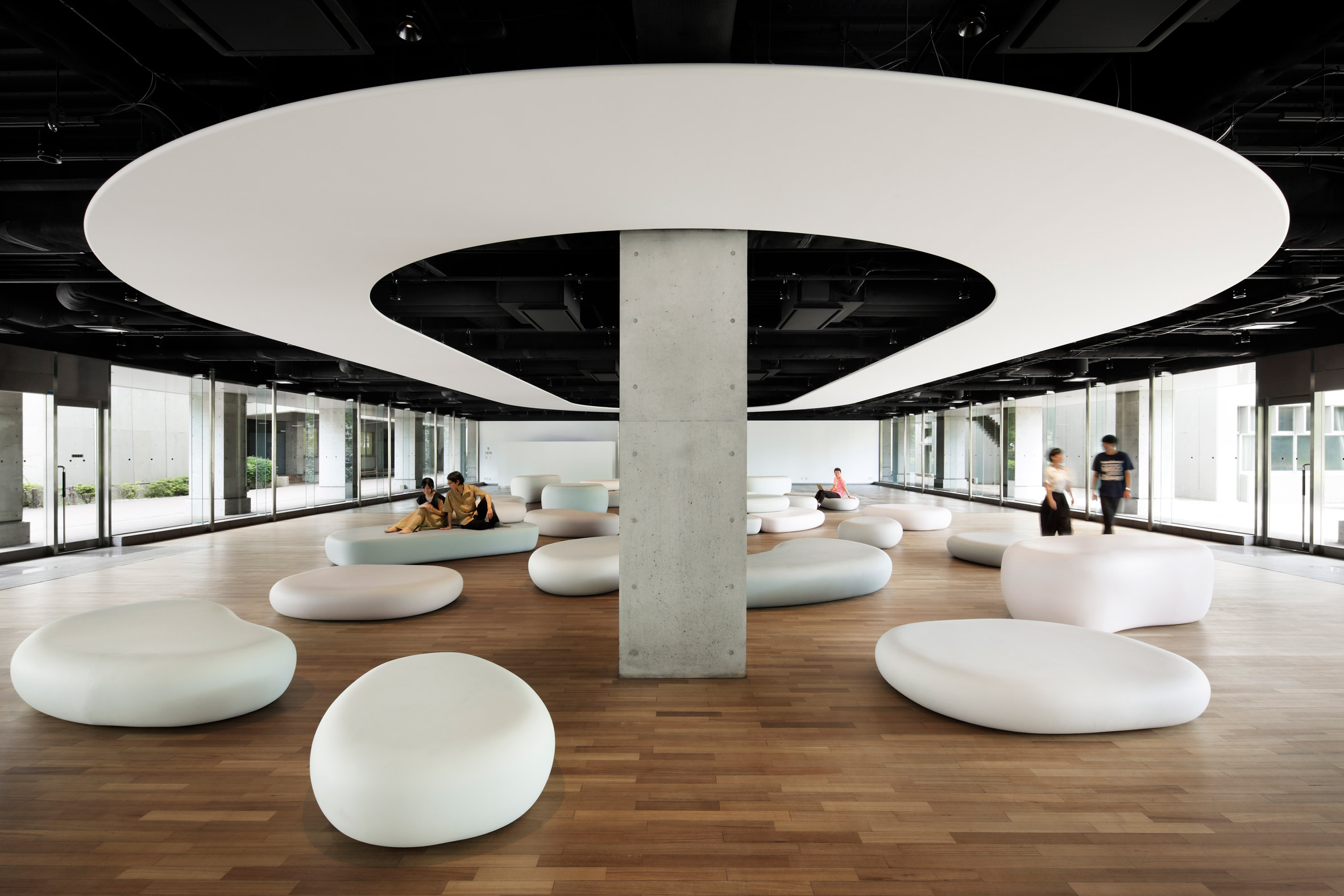 A zero-shaped plate has also been suspended just underneath the black-painted ceiling, an attempt by the studio to loosely encompass the scattered seats below – at night the plate can also be switched on to cast a ring of light.

The room is otherwise illuminated by 35-metre-long panels of glazing that run along the peripheral walls. 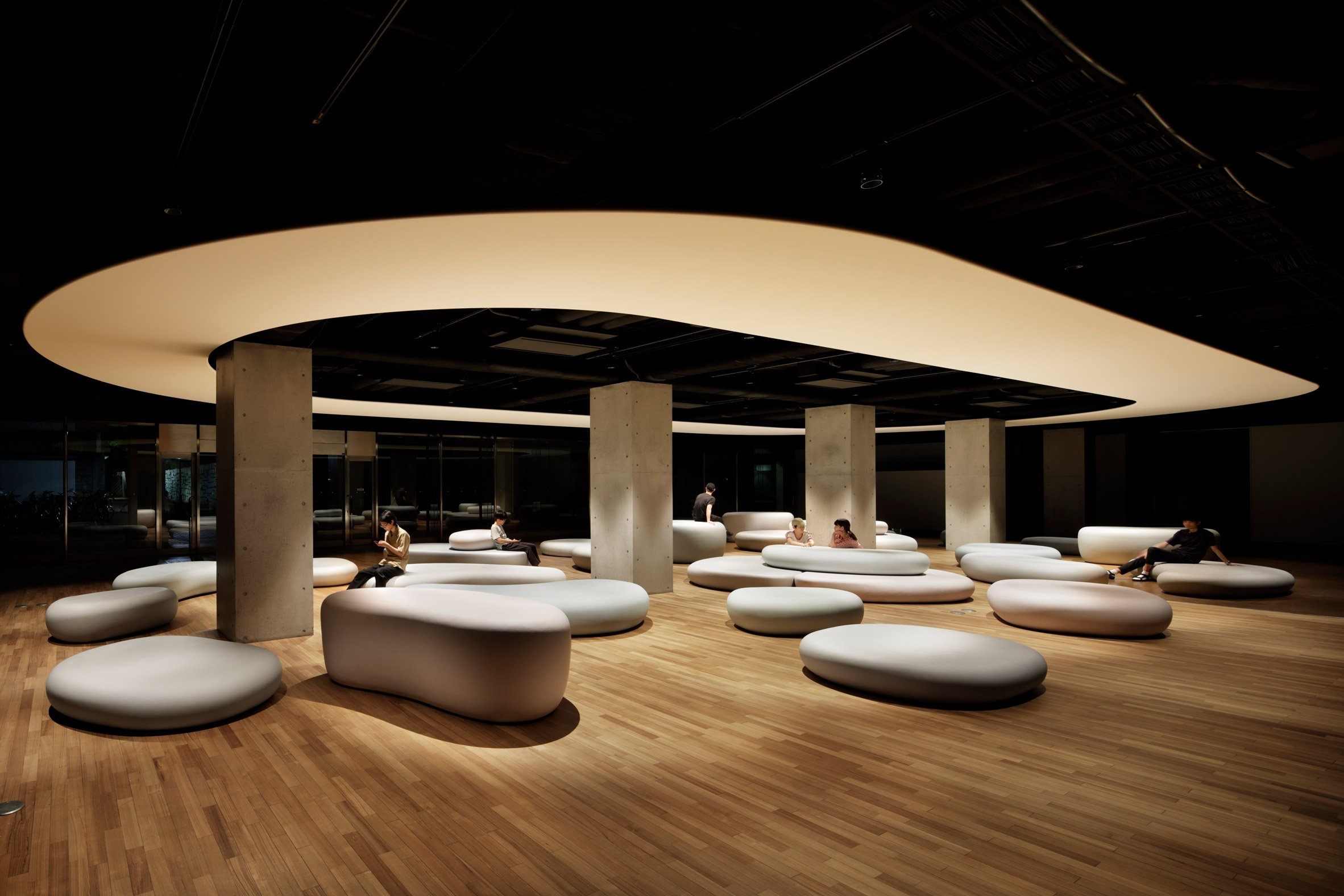 “The inside [of the plate] is an area where pebbles are gathered, it indicates a sense of a place where one could belong,” the studio added.

Zero Space isn’t the only quirky spot that’s been created for students to relax in – the University of British Columbia, in Vancouver, plays host to a sculptural bench that was fabricated by robots, while a school in Ljubljana contains an undulating green lounge that has spotty walls and big cushions.

Photography is by Nacasa & Partners.

The post Igarashi Design Studio’s Zero Space is filled with furniture based on river-weathered pebbles appeared first on Dezeen.