Renowned chef Massimo Bottura has opened an Ilse Crawford-designed community kitchen in Kensington, the London borough that’s been in the headlines this week for the fire at public housing block Grenfell Tower. 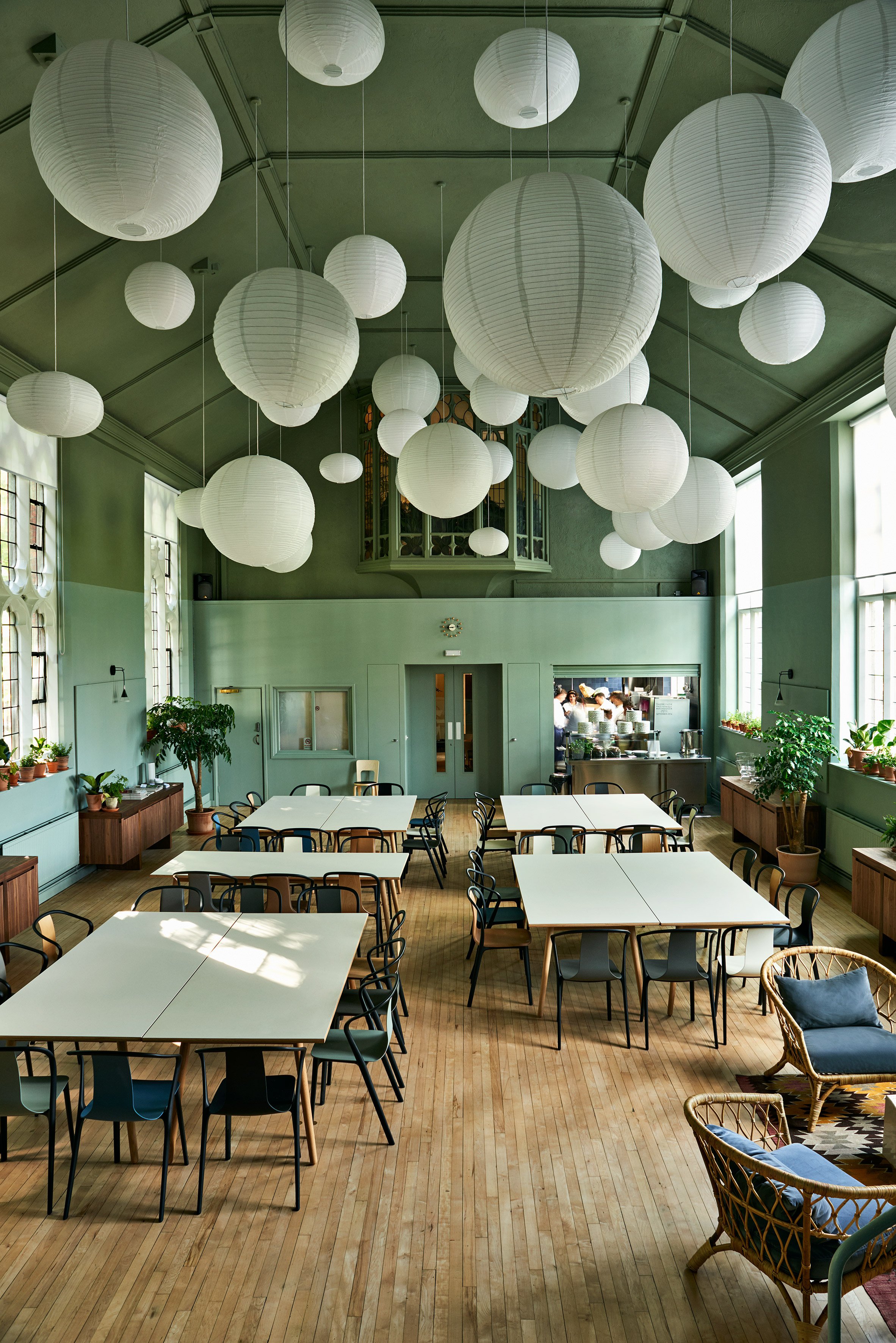 The organisation sources high-quality in-date ingredients that would otherwise go to waste, before serving them to homeless individuals in their various soup kitchens and dining spaces.

Crawford’s studio, Studioilse, was brought on board to design the interiors for the space – her primary aim being to add a “universal pleasure that is often missing from social projects”.

By doing this, she noted that the kitchen and dining room could become more attractive for hire, which could in turn help fund and sustain the project.

“As a studio we have always aimed to balance the work we are paid for with work with projects with a social dimension where there is no or a limited budget, particularly in relation to the homeless and mental health,” Crawford told Dezeen. 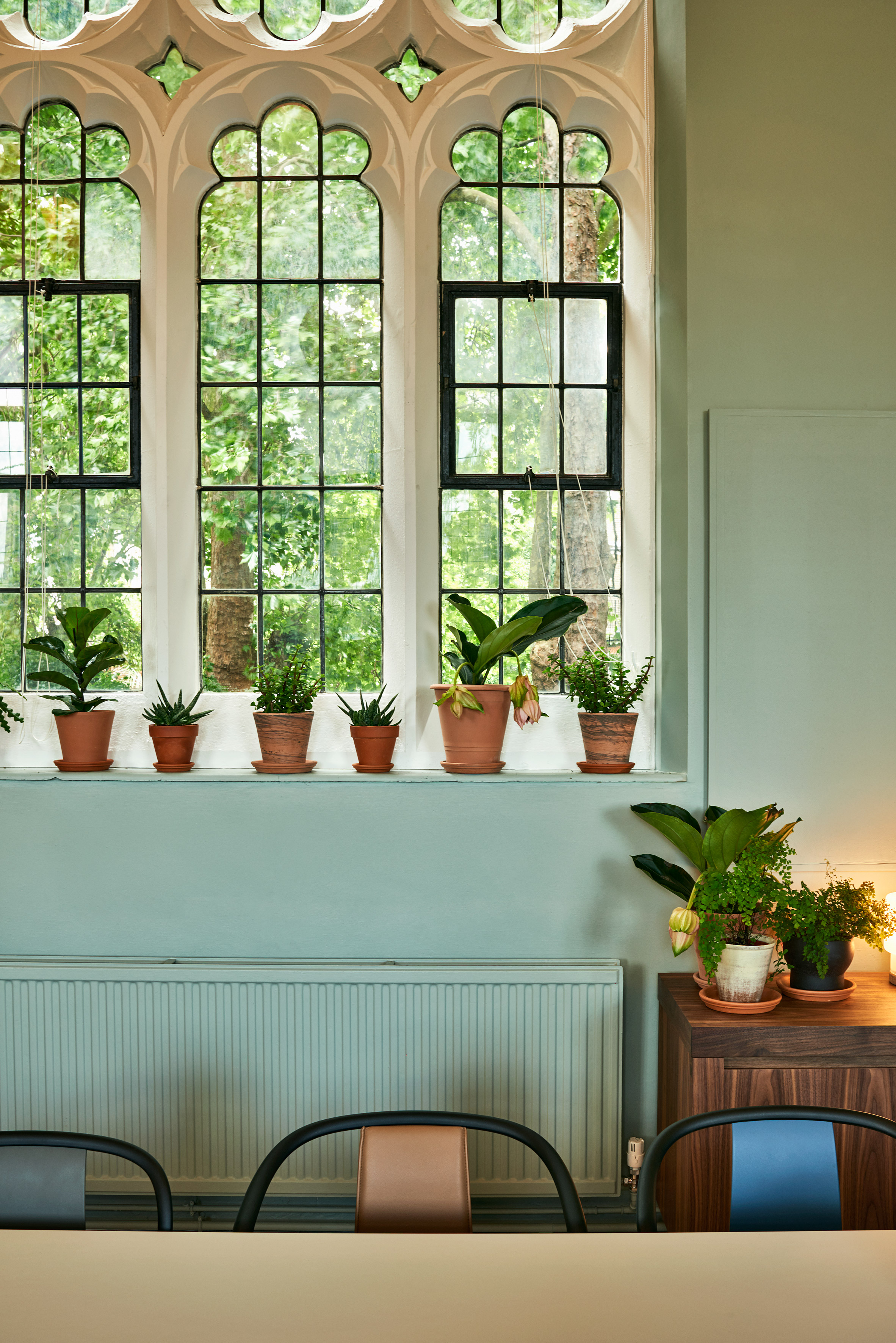 “The brief was simple: to make it beautiful, a universal pleasure that is often missing from social projects,” she continued. “This not only brings dignity to the space but also – rather more pragmatically – makes a space that is welcomed by the community and attractive to hire after hours.”

The studio began by speaking to staff and volunteers who already worked at the centre, asking how it could be improved for both them and their guests. 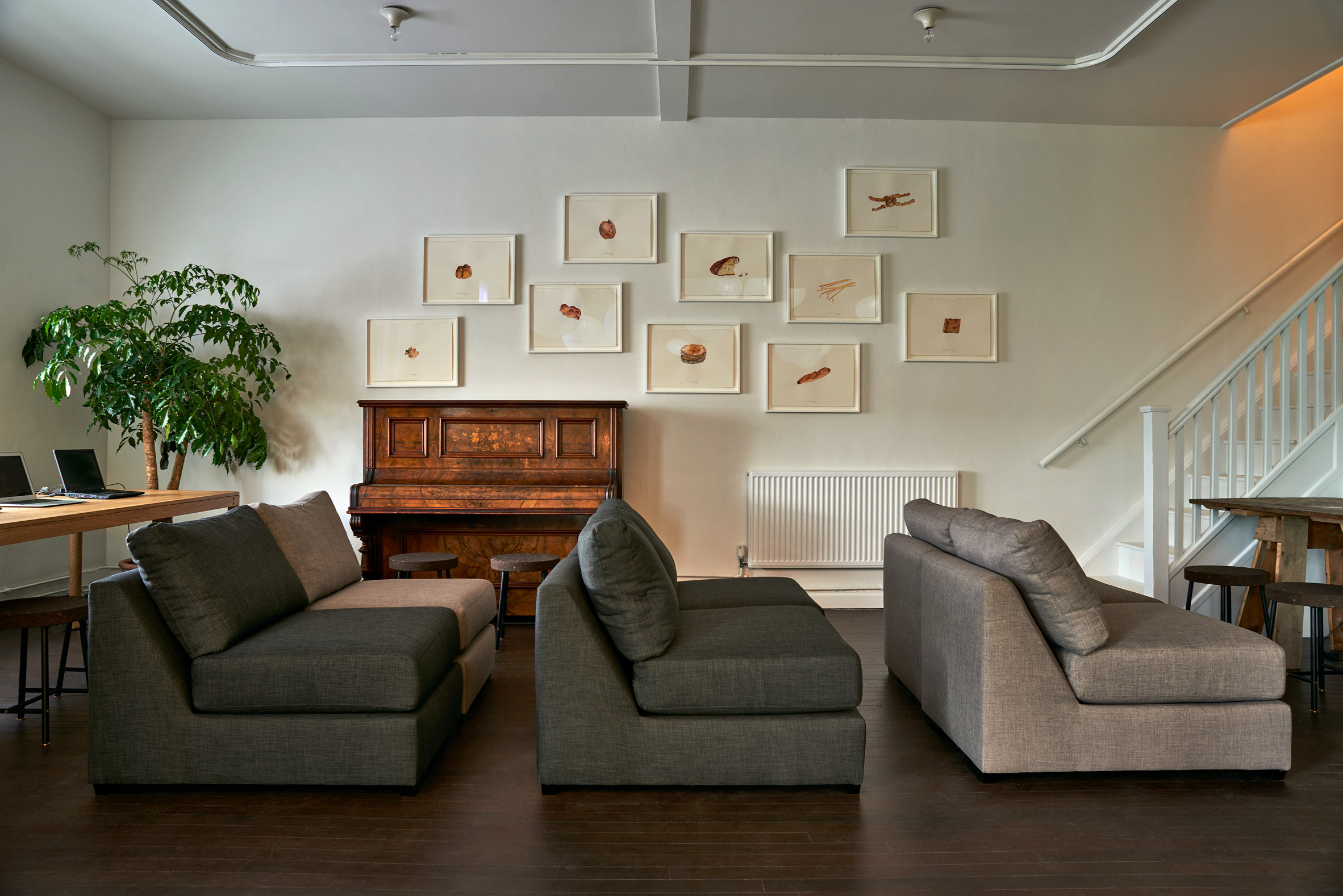 With visitors primarily being from socially vulnerable or homeless backgrounds, they felt the focus should be on making them feel closer together.

Studioilse generated a sense of intimacy with darker paintwork and low-hanging pendant lights that would make the vast ceilings appear lower. Other lighting is kept soft to enhance this effect, while plants bring colour and a natural element to the space. 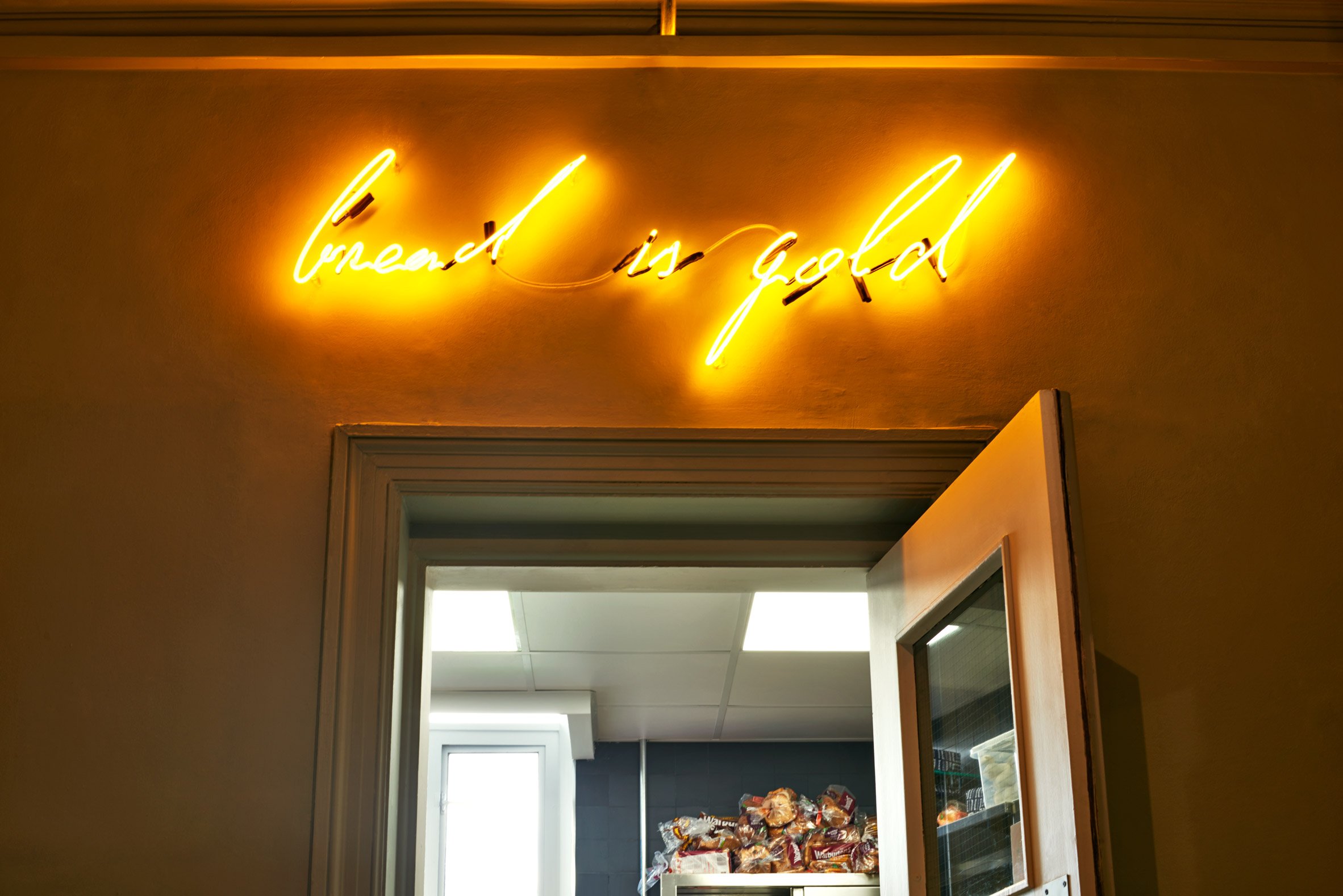 The interior incorporates a reading corner, private counselling room and film screening area, while updates to the commercial kitchen ensure it can keep up with the volume of food production needed.

“It’s all the small details that add up to make a place feel special and cared for,” said Crawford. 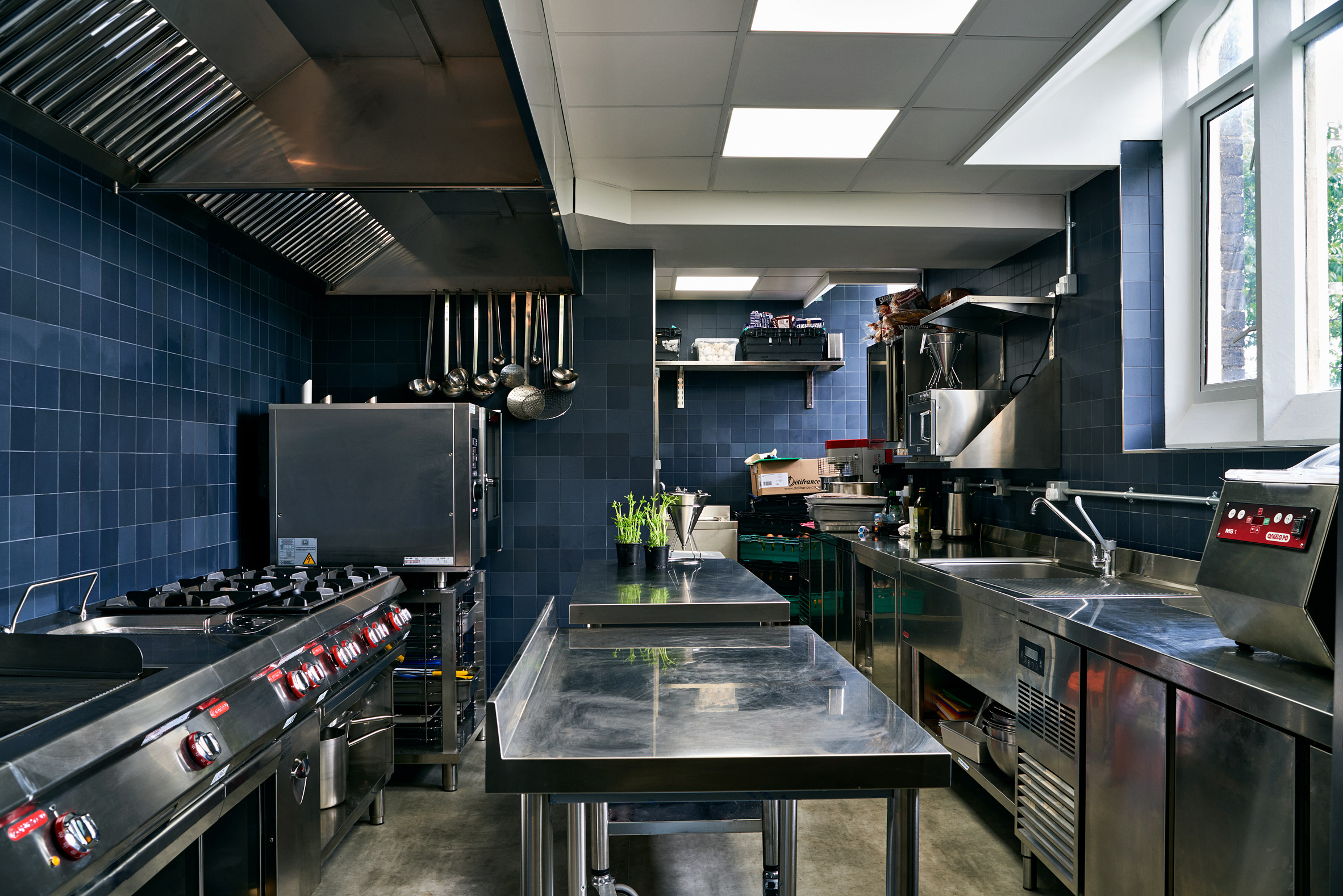 Refettorio Felix is in the Royal Borough of Kensington and Chelsea, which – despite being known for its affluence – contains some of the most deprived areas in the country.

The wealth disparity there has become news in the wake of the fire at Grenfell Tower, a public housing block that had recently been renovated – sub-standardly, according to accusations. Community organisations in the area have put in a massive effort to help affected residents.

As with many charity projects, the budget for Refettorio Felix, which opened early in June, was small – approximately £37,500. Crawford worked pro bono, and the studio relied on generous donations from the likes of Alessi, Artek, Artemide, Mutina, Mylands, SCP and Vitra for furnishings. 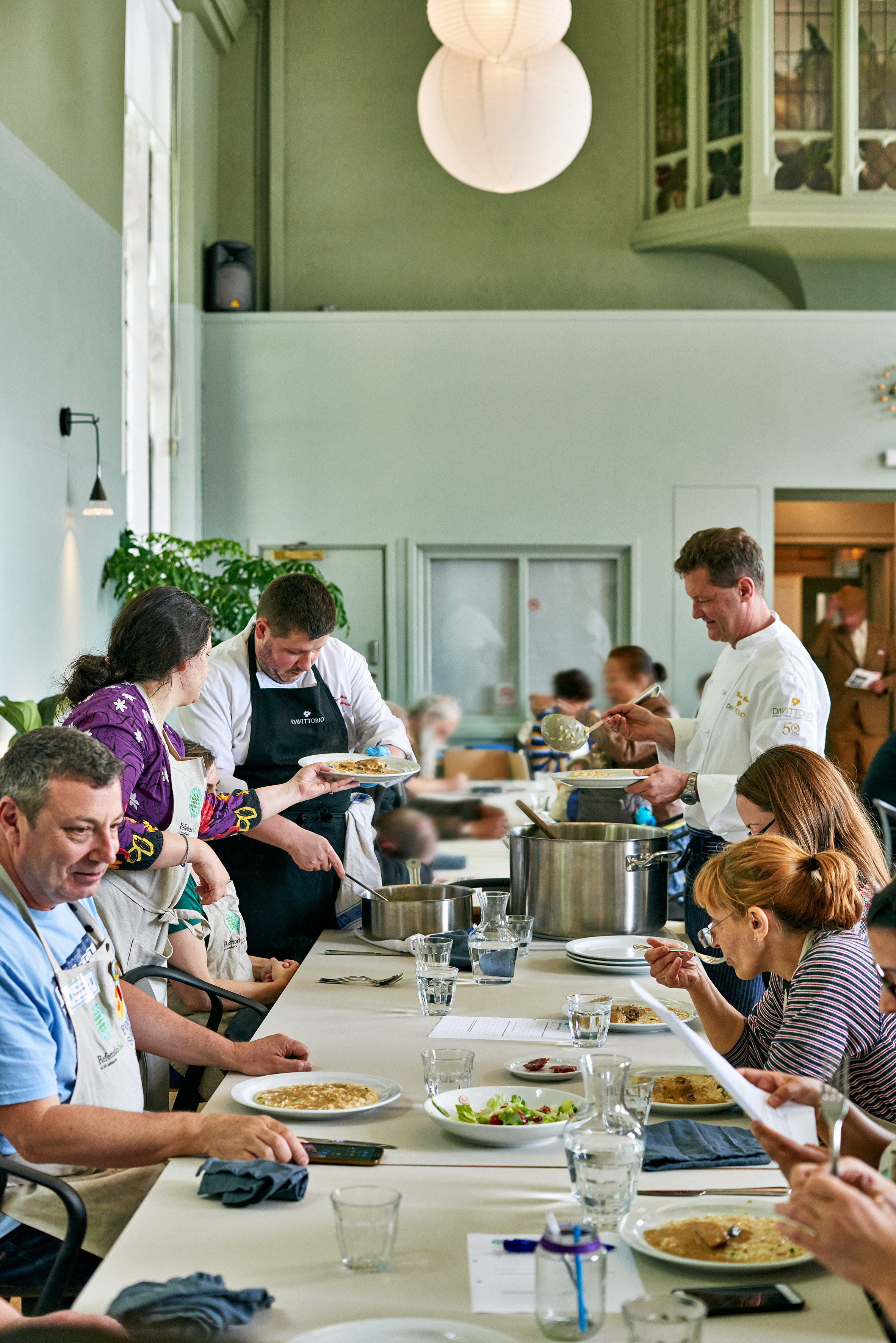 “There is the desire to be generous in the design industry that a social project with such a clear concept and good logistics unlocks,” she said. “For example, Vitra generously donated 60 chairs formerly used in one of their cafes, Artemide the majority of the lighting, and Artifort a pair of armchairs from ex-showroom stock.”

After beginning her career as a journalist and being the founding editor-in-chief of Elle Decoration UK, Crawford founded Studioilse in 2001.

Although best known for interiors – which earned Crawford a place on Dezeen Hot List – the studio also designs products, including a recent collection of “deliberately low-key” pieces in natural materials for furniture giant IKEA. 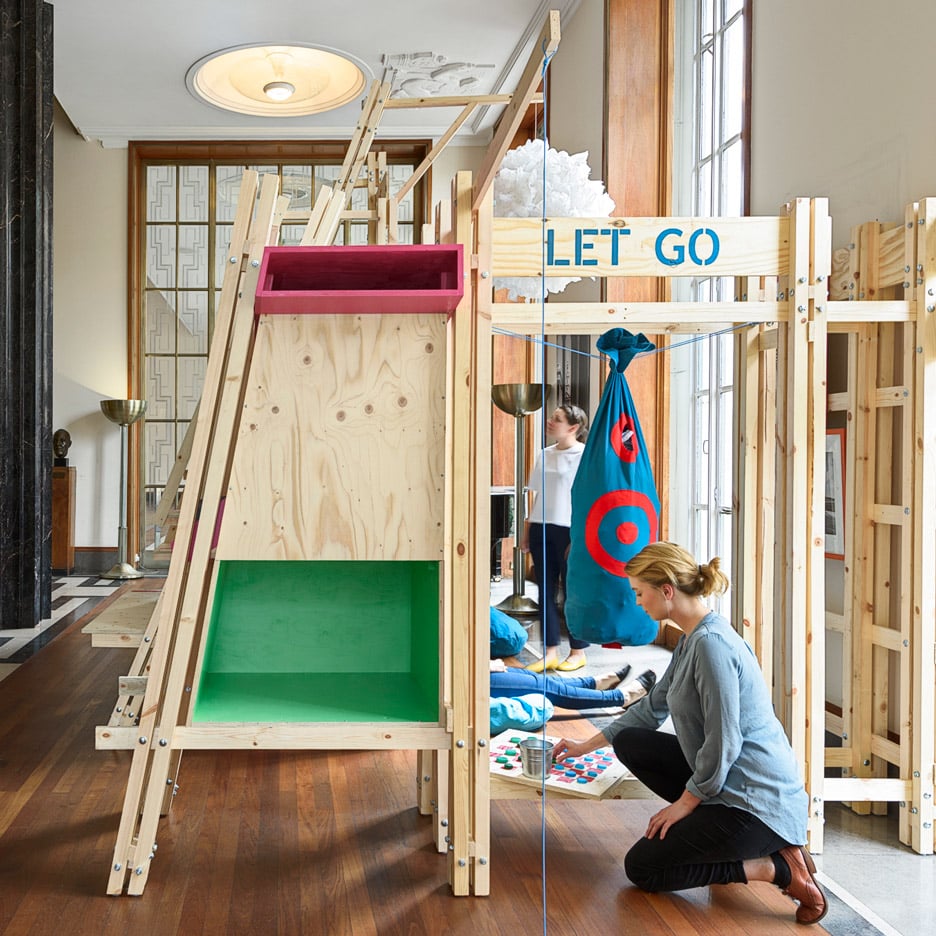