The fibreglass-concrete facades of this technology centre in Moscow, designed by architecture practice Wall, are imprinted with a pattern based on the conductive tracks of circuit boards. 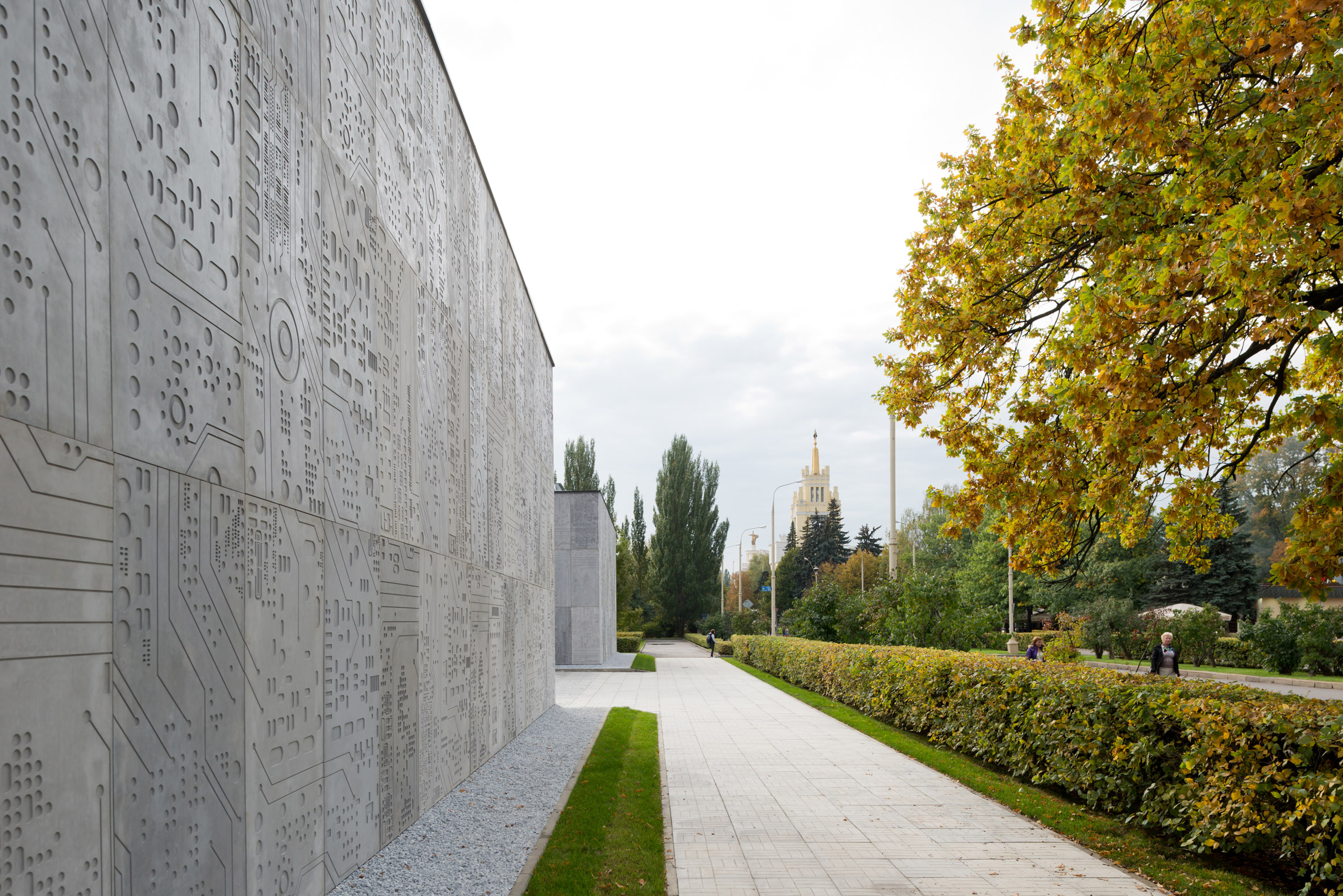 Also known as Pavilion DIT, the 1,600-square-metre temporary pavilion stands at the intersection of Kolcevaya Road and Serenevaya Alley.

It is expected to remain in place for 10 years, and will be used to show off the most interesting achievements in electronics. 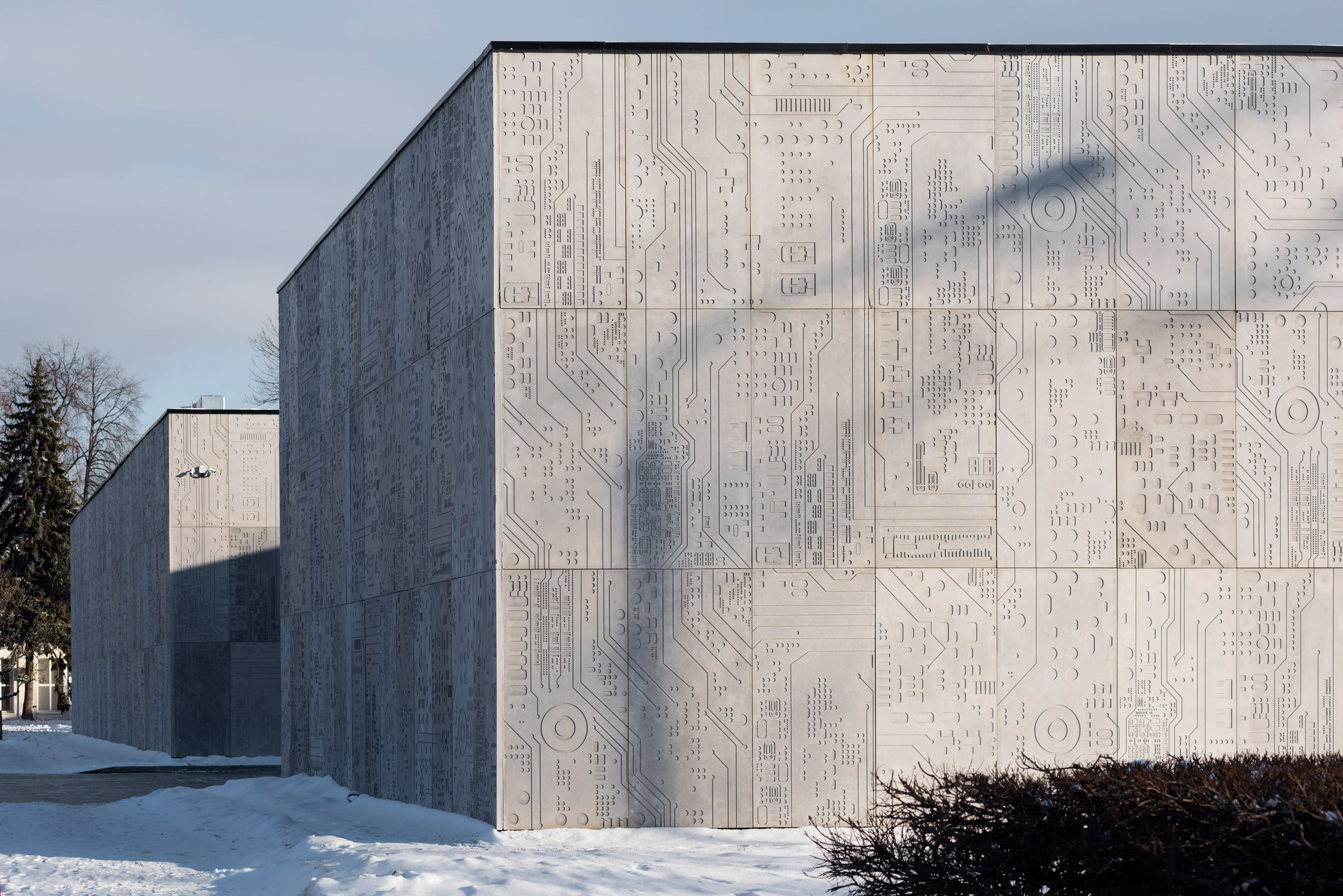 Lines and circles are imprinted into the fibreglass-concrete panels that clad the building, creating the tactile facade intended to reference the circuit boards used in electronics.

The panels, which continue onto the ground at the pavilion’s entrance, were designed by Wall and made in a local factory. 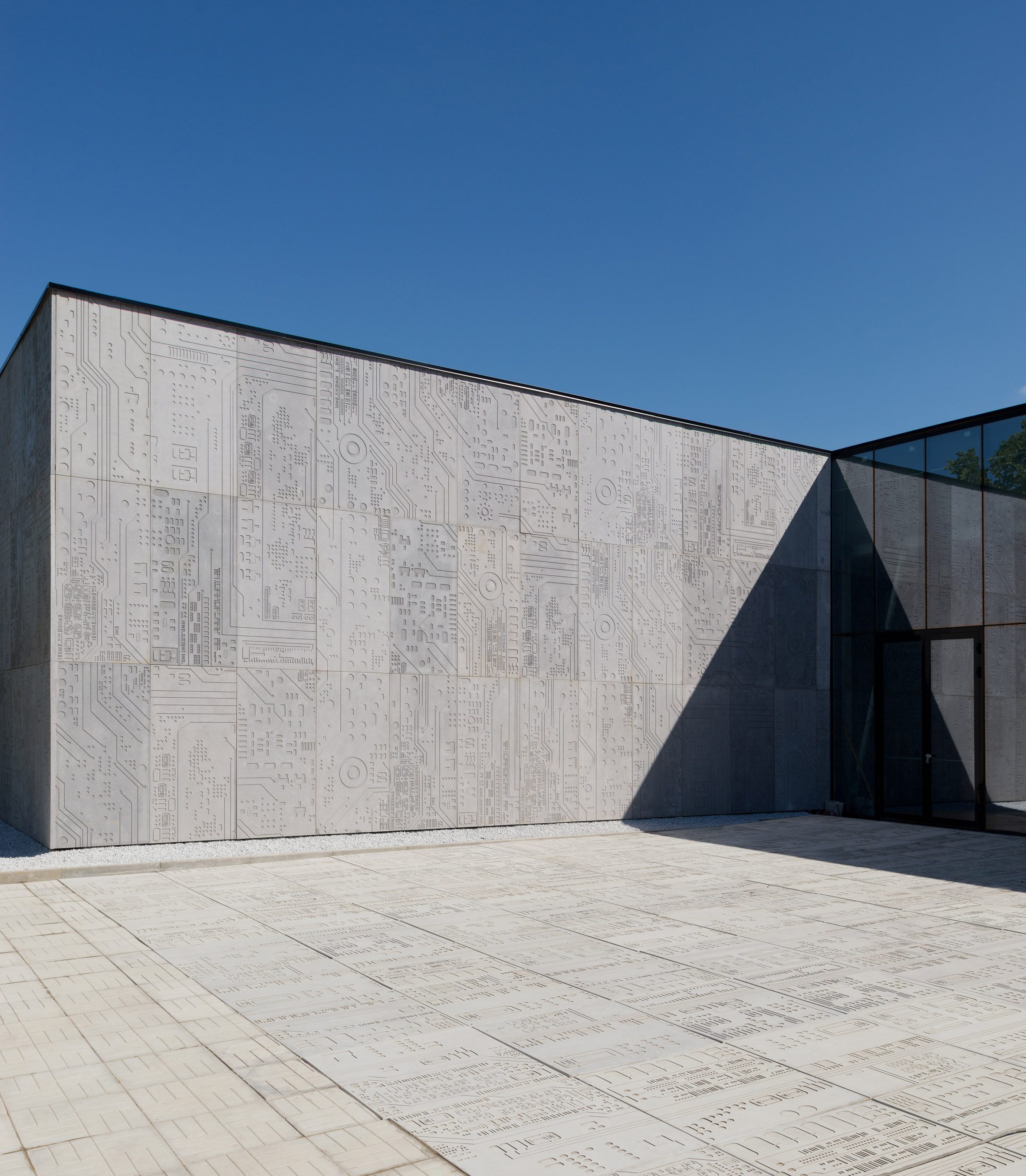 These imprinted walls are windowless, placing further emphasis on the pattern. This approach also helped to draw visitors towards the full-height glazing that fronts entrance points to the building. 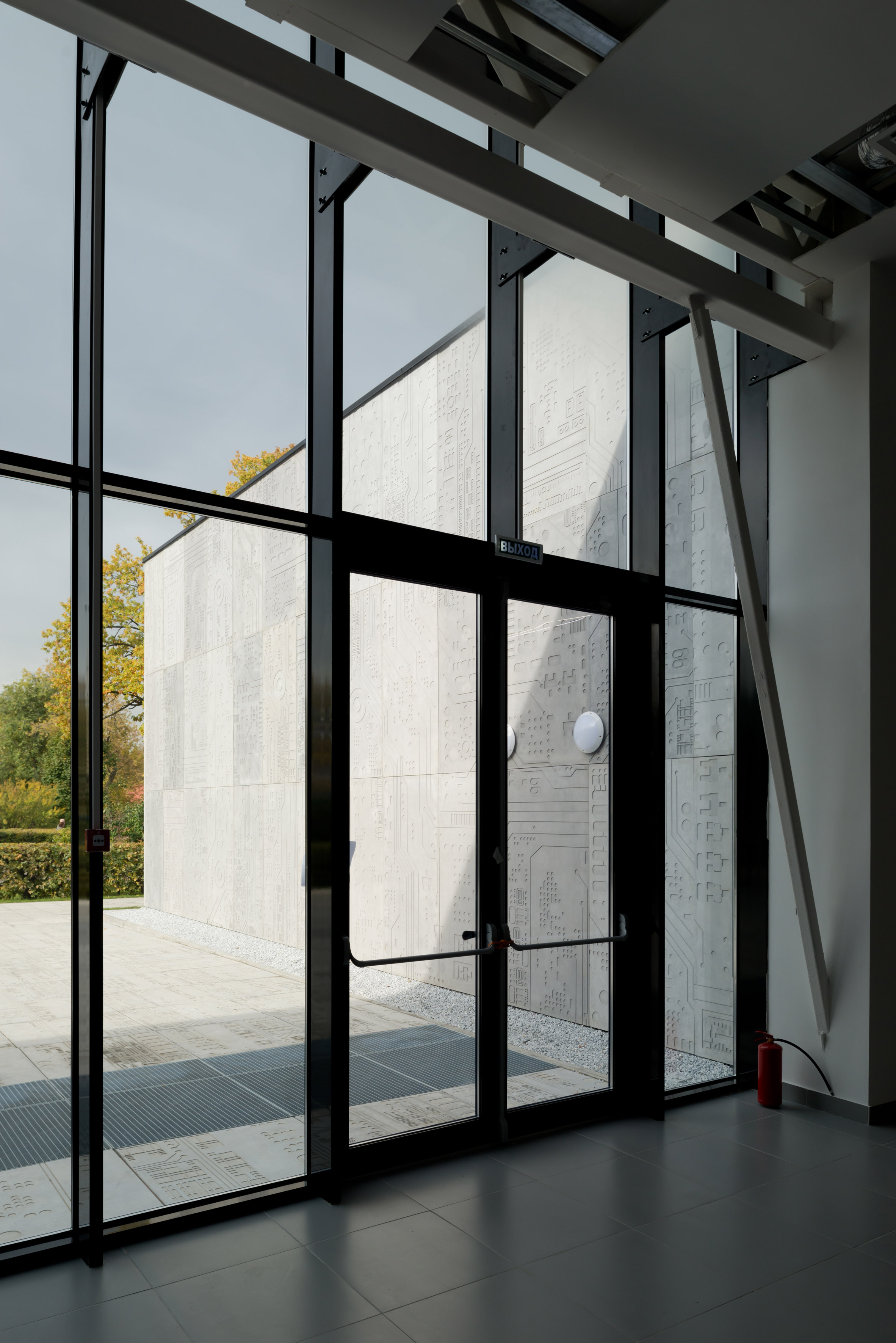 Inside, the single-storey space is divided into three parts – an exhibition space, business centre and a children’s zone – that are separated by a recess in the building’s facade. 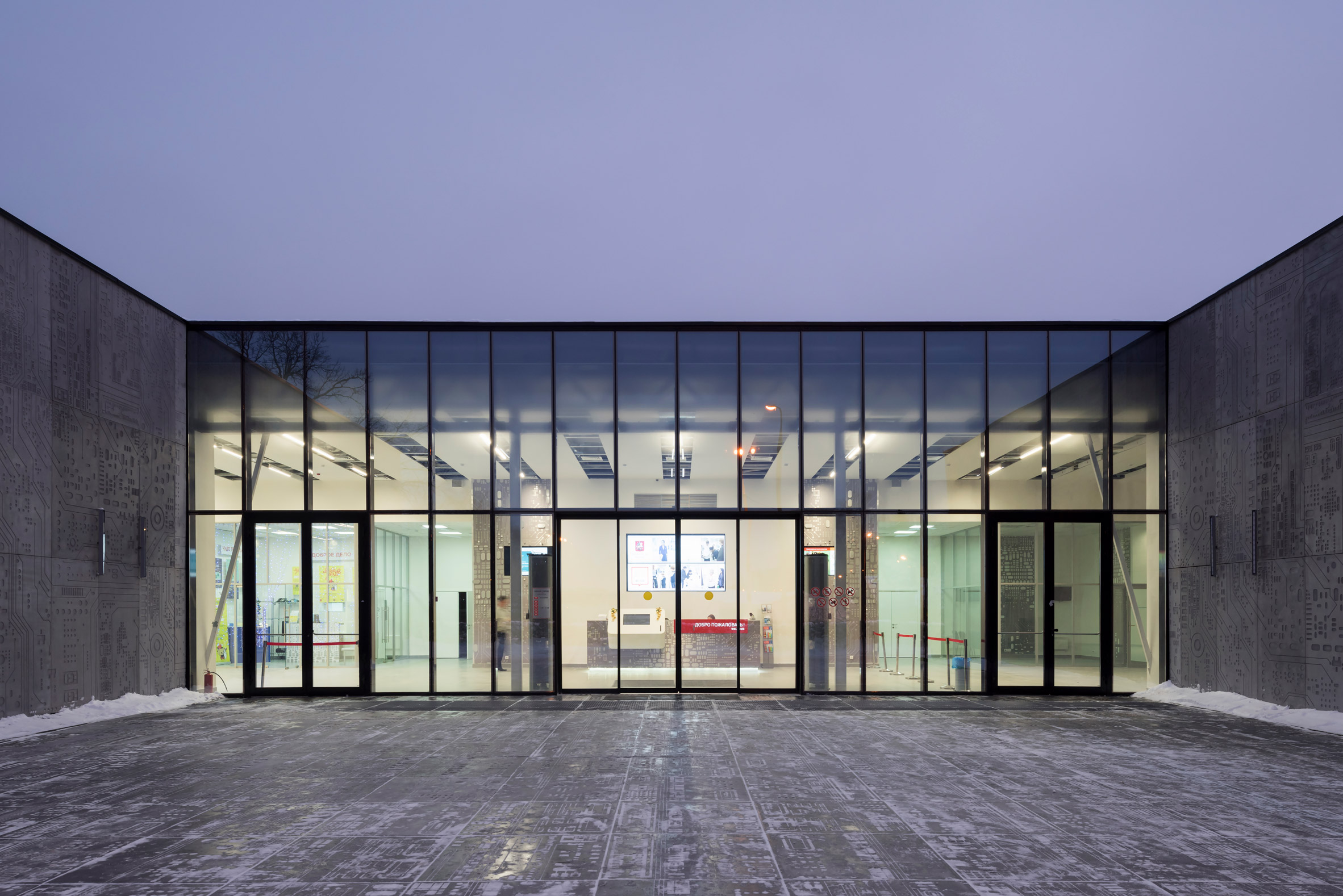 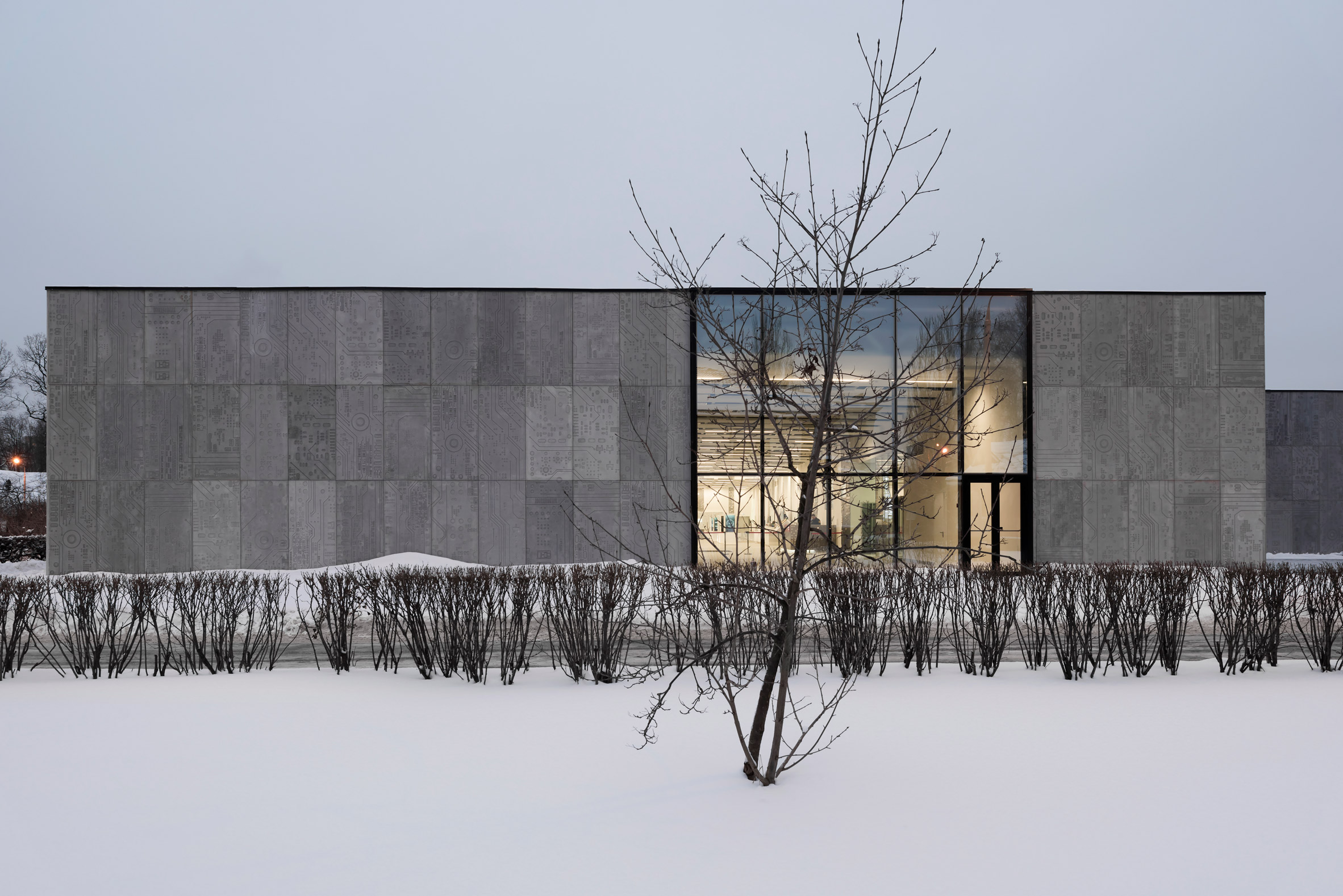 Just outside the city, London-based Zaha Hadid Architects is working on a building for the Skolkovo Innovation Center, Russia’s answer to Silicon Valley. The 131,000-square-metre Sberbank Technopark building references Hadid’s well-documented interest in the Russian Avant-Garde.

Photography is by Ilya Ivanov. 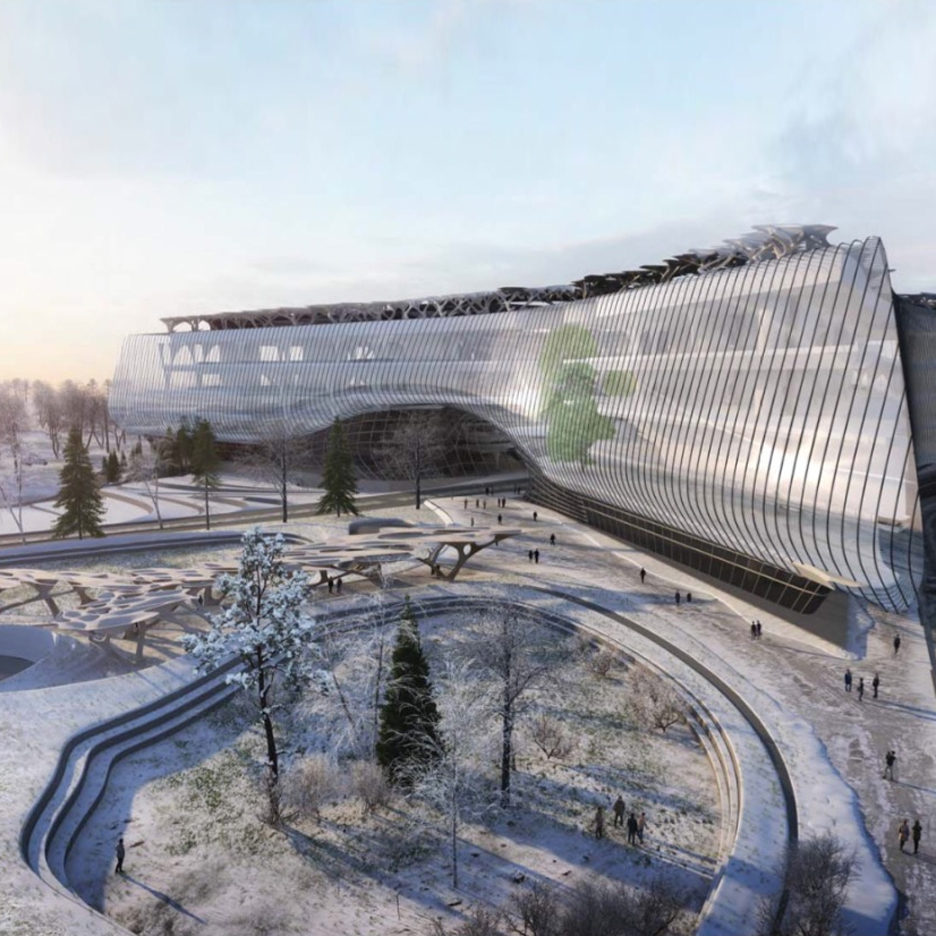