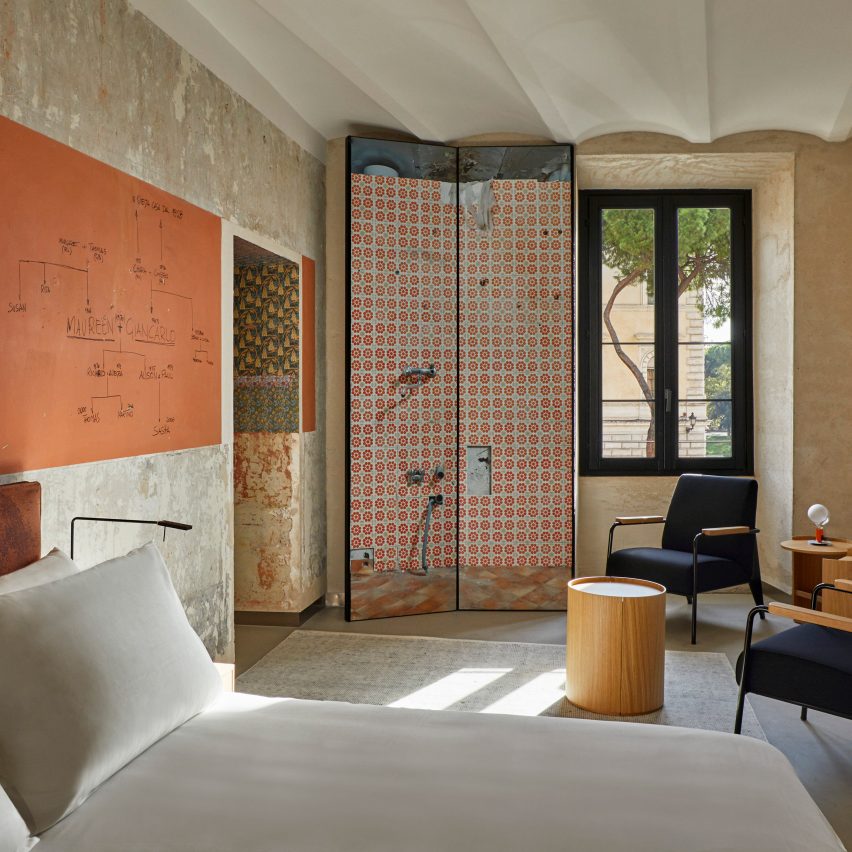 French architect Jean Nouvel has carried out a subtle update of an old palazzo in Rome to form a series of guest rooms with dilapidated surfaces. The Rooms of Rome comprises of 24 guest suites set within a 17th-century palazzo in the city centre, all of which have been designed by Jean Nouvel to feature a mix of aged surfaces and contemporary furnishings.

Located just next to historical landmark the Arch of Janus, the Rhinoceros Palazzo is presided over by Fondazione Alda Fendi – Esperimenti, a foundation set up in 2001 by luxury fashion label Fendi, which donates to arts causes around the Italian capital. As it previously played host to family-owned flats, the palazzo initially required some restructuring by Nouvel but has otherwise been preserved to “testify to the passage of time”.

Crumbling bricks, flaking plaster and worn-away patterned tiles can be seen across the room’s surfaces. 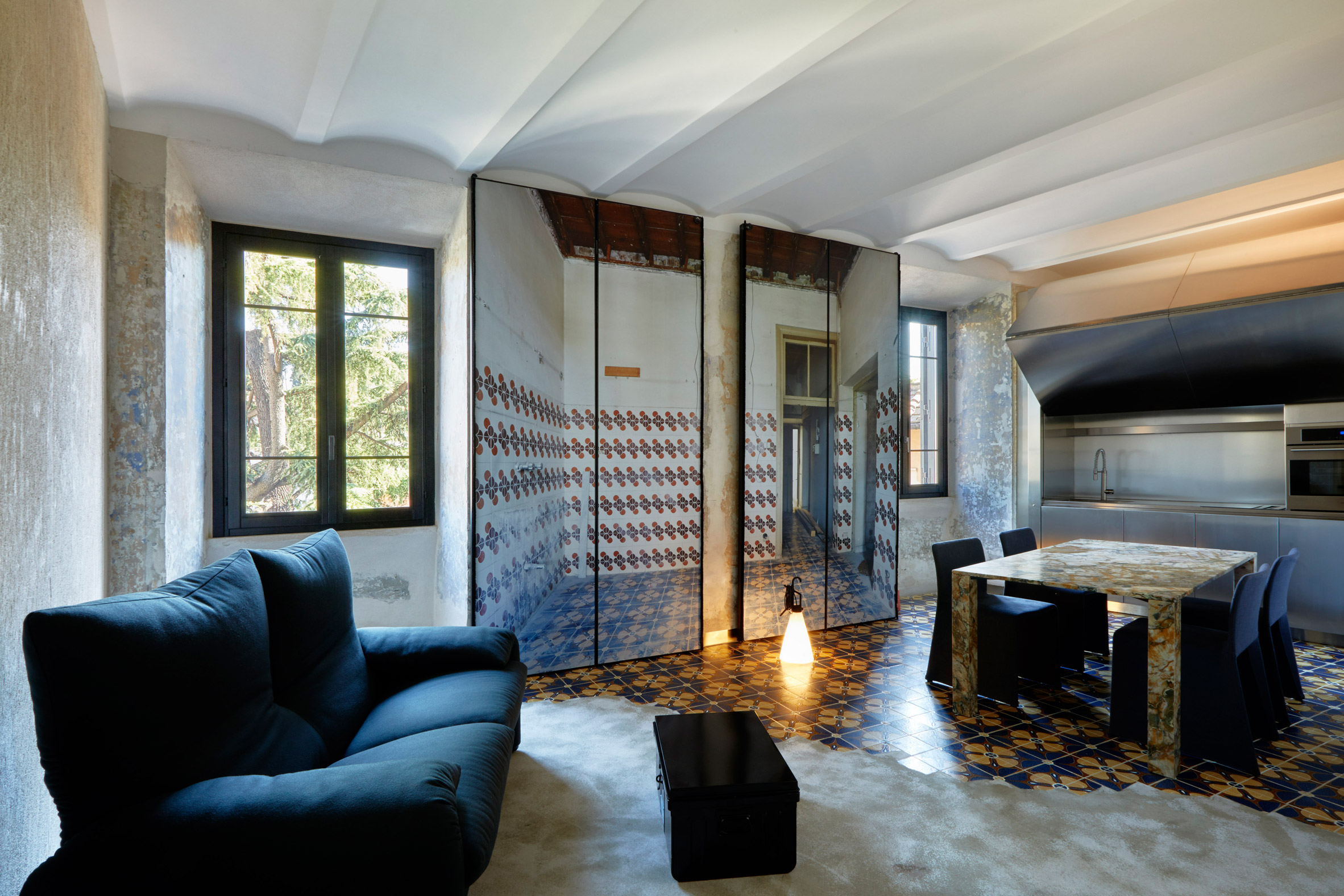 Service areas such as the kitchenettes and bathrooms have been completed in contrastingly modern materials like stainless steel, complemented by huge mirrored folding screens that loosely divide living areas. 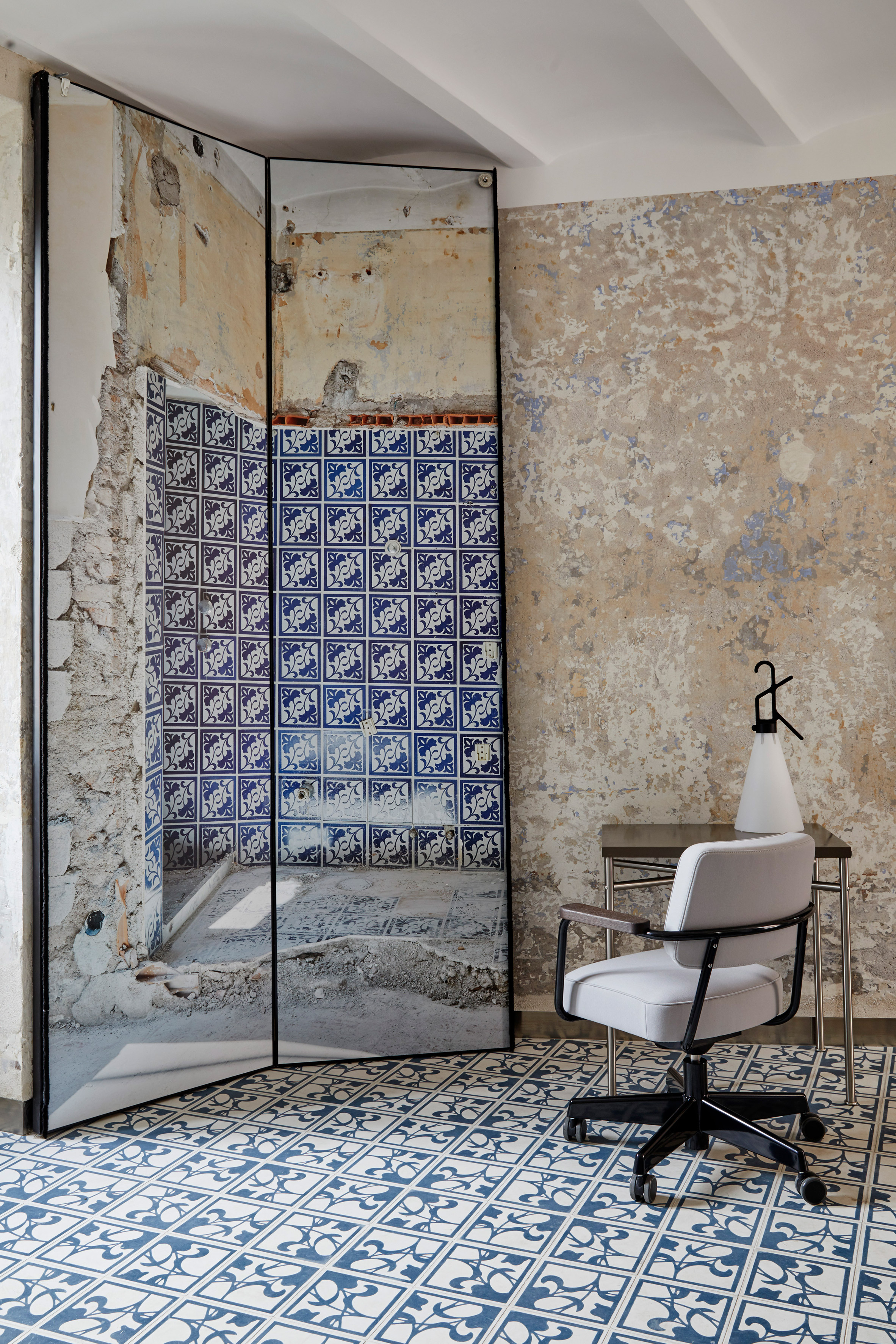 “It’s difficult to build in Rome. An architect is logically obliged to respect the hierarchy of historic architecture, so we’re bound by a great sobriety,” explained Nouvel.

“[The suites] are a play of encounters, a collision of epochs from the most ancient to the most modern.” 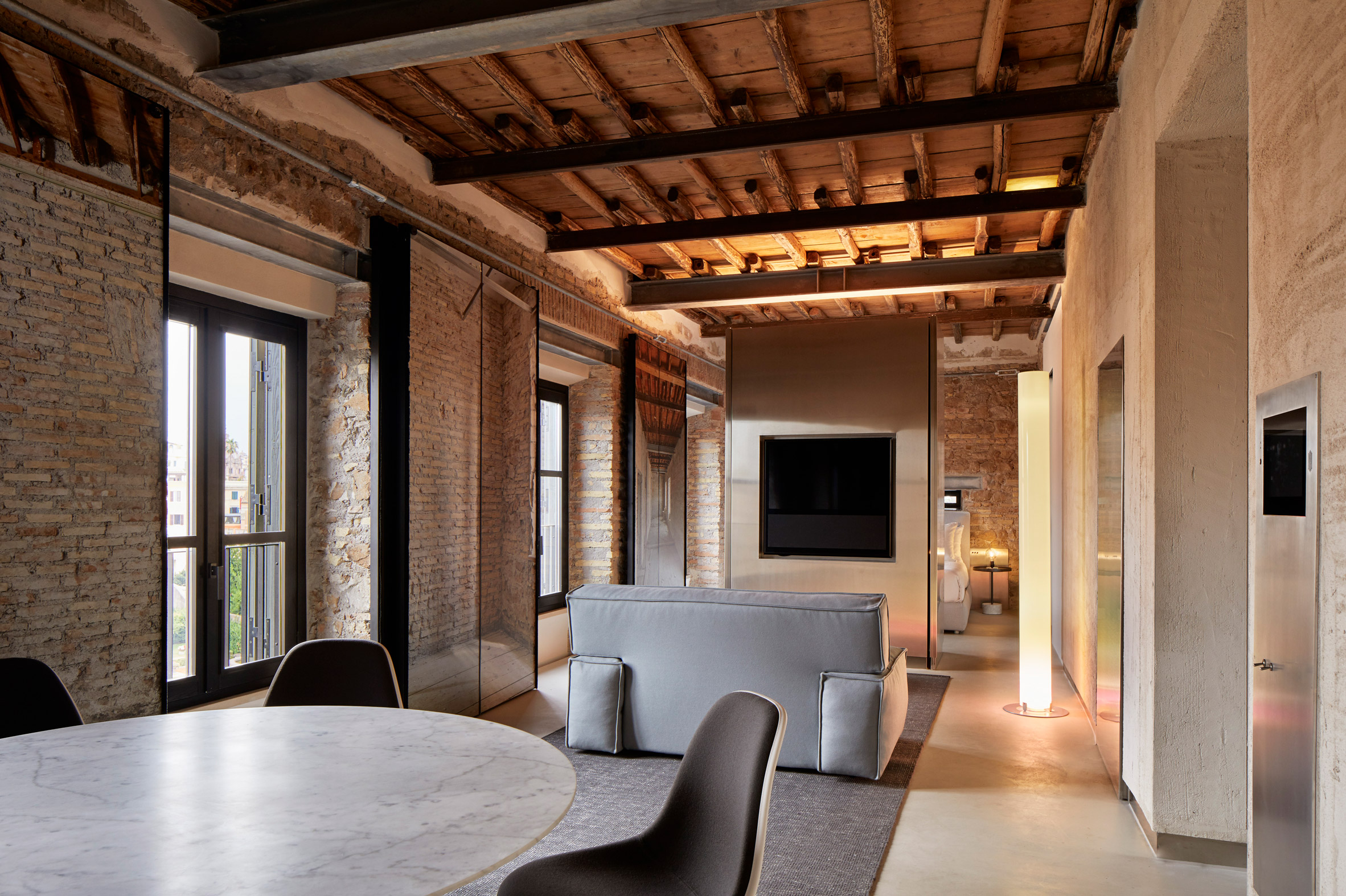 Joining a gallery on the ground floor and a roof terrace restaurant serving French-Russian cuisine, the suites form what the foundation describes as a “culture hub” that will allow guests to “live immersed in art”.

Jean Nouvel is one of several architects and designers that have opted for an unfinished aesthetic in their projects – Yusuke Seki created a stripped back coffee shop in Japan that features raw concrete walls, while Archiplan left faded ceiling frescos exposed in the overhaul of an apartment in northern Italy.