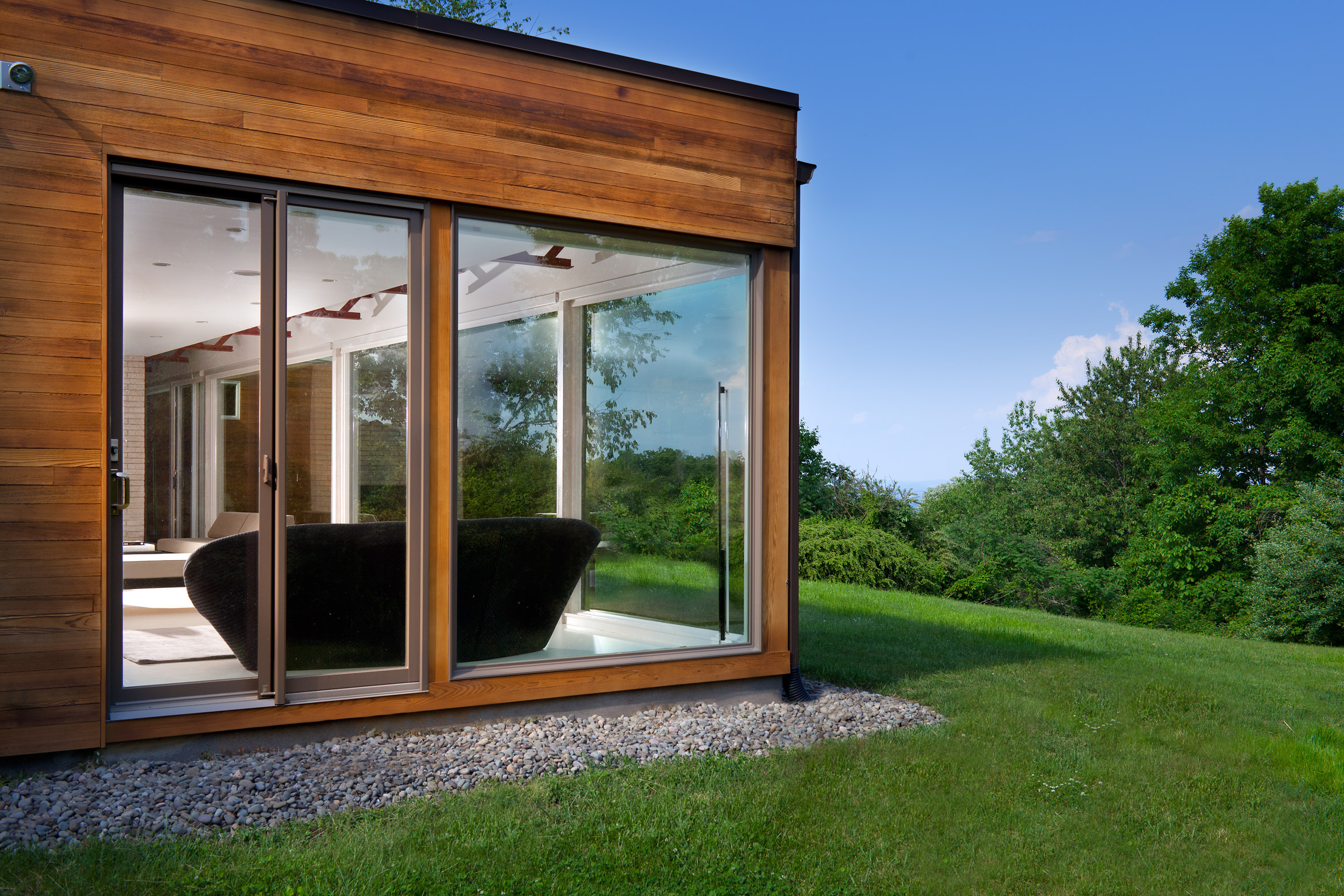 During the revamp of the 1954 cedar-and-vinyl-clad house, Jeff Jordan Architects opened up the floor plan and added floor-to-ceiling windows. The studio also continued to use modernist elements throughout, such as cedar walls and mid-century furnishings. 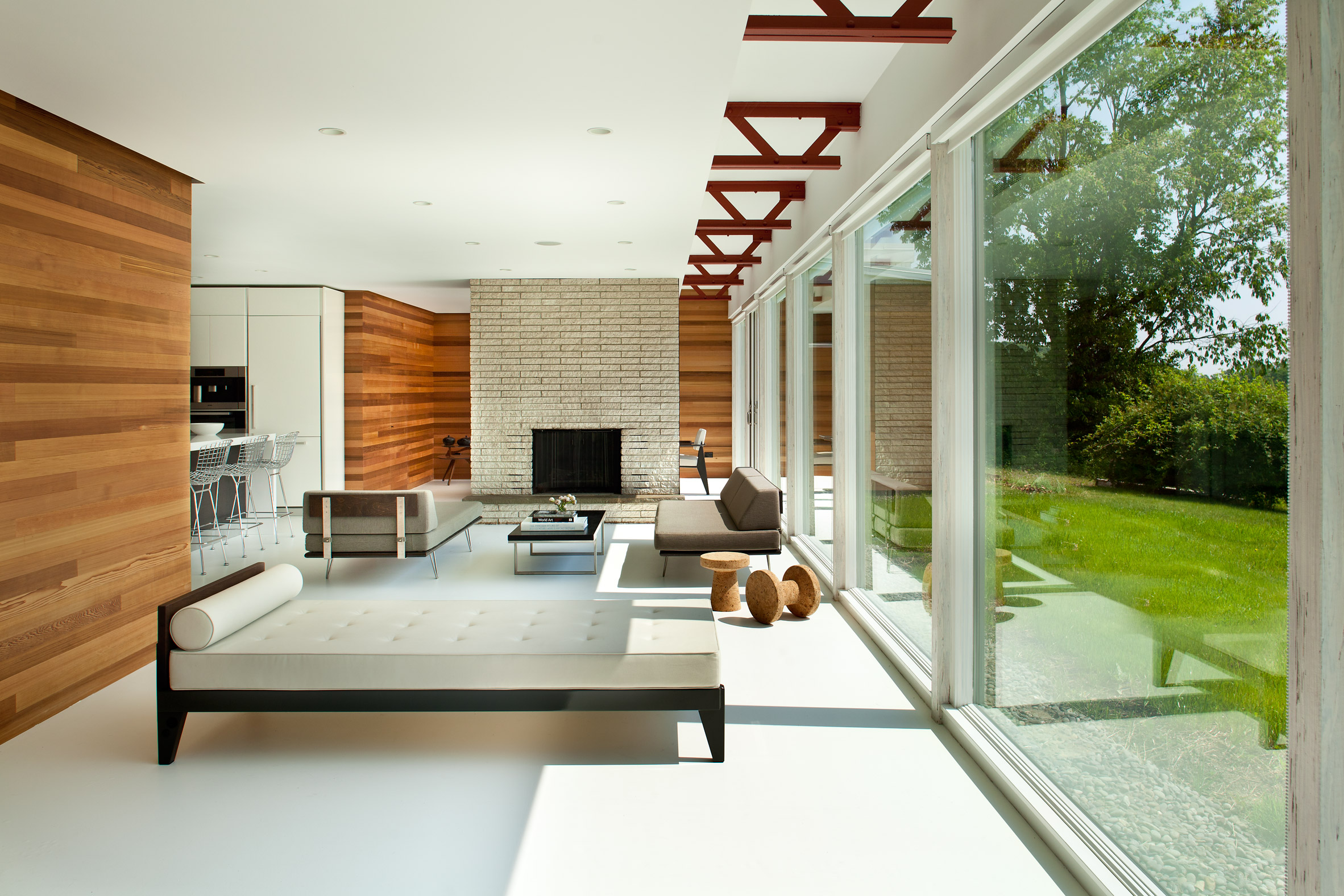 Hillcrest House is located in New York‘s Hudson Valley, an area where city-goers flock for its rural landscape and vibrant art scene, which centres around Storm King — an outdoor sculpture park — and contemporary museum Dia:Beacon. 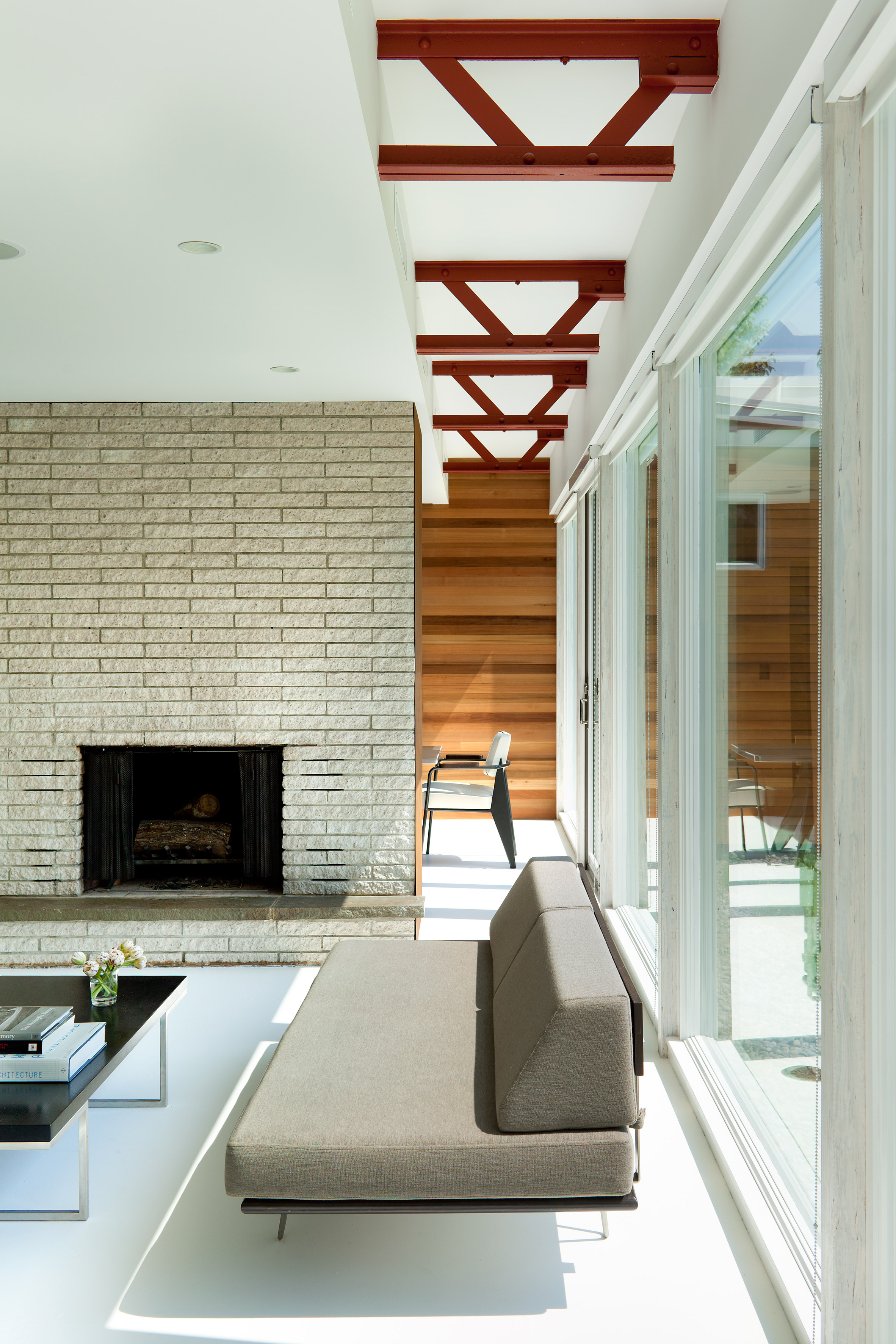 The owners were drawn to the home’s original design and wooded site. “They were less excited, however, with the underwhelming connection between the living space and the surrounding woods and the Hudson River beyond,” said Jeff Jordan. 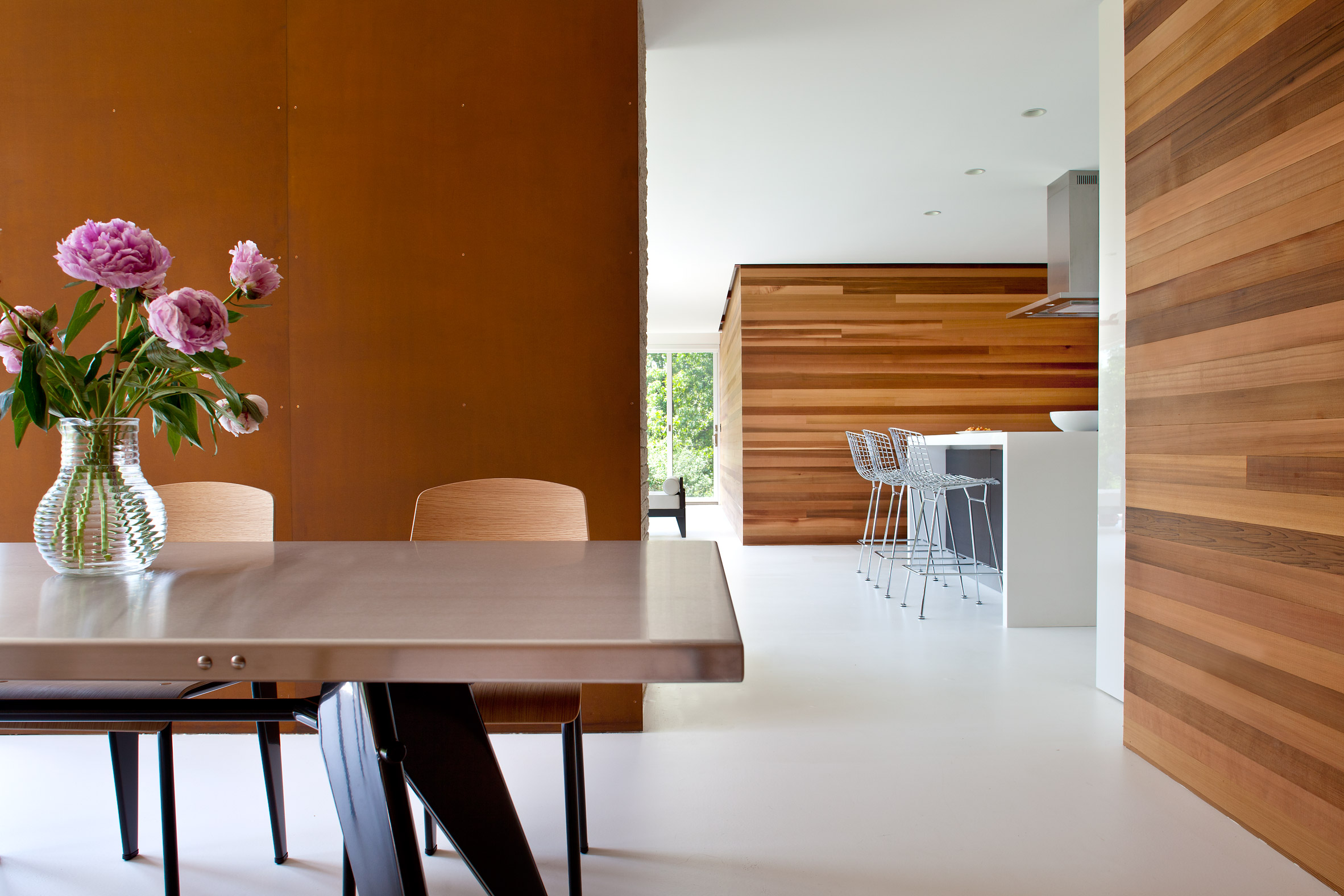 Mid-century modernist homes are characterised by an integration with nature and clean lines, and the updated Hillcrest House follows suit. 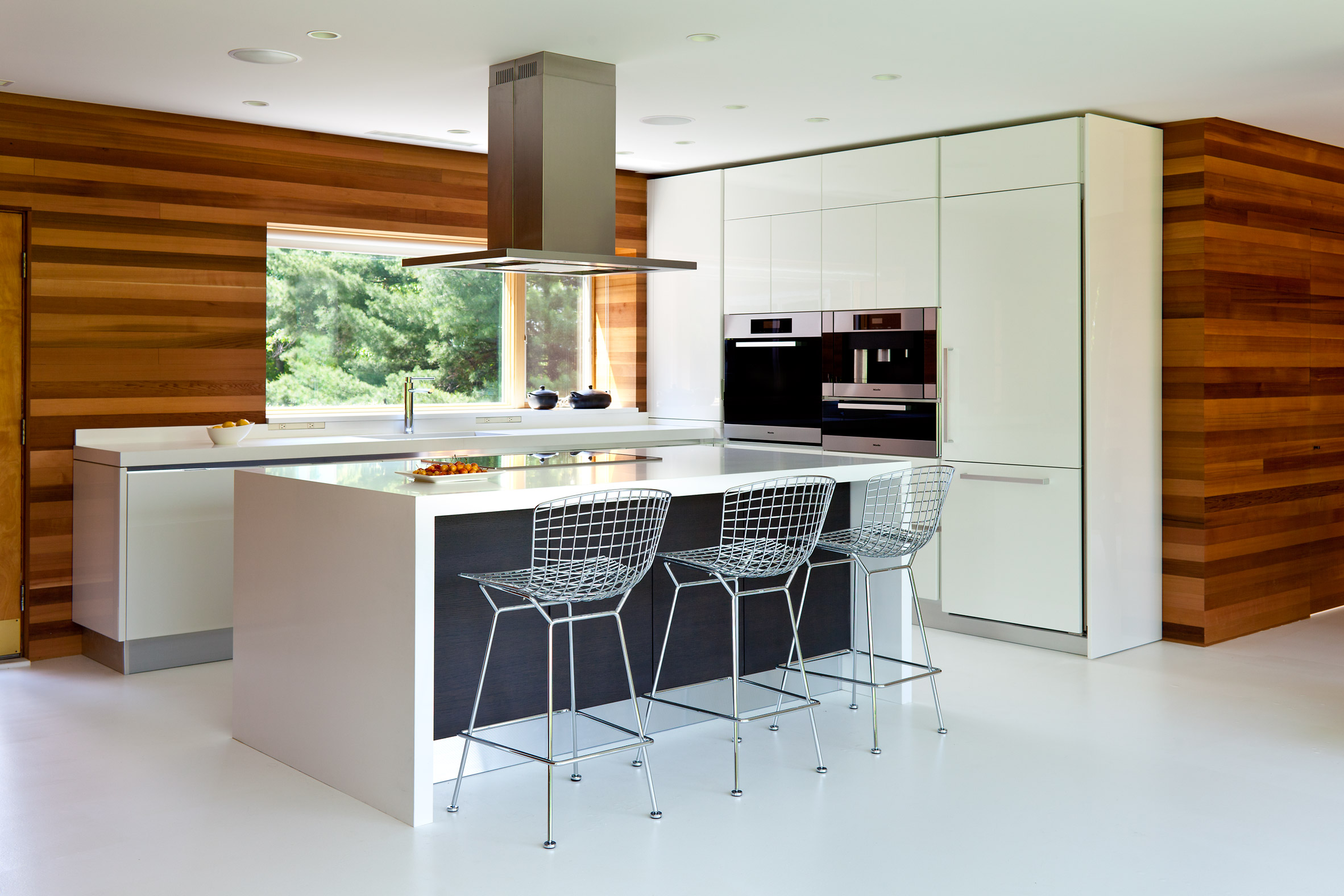 The existing interior was cramped and outdated, with its “disorienting array of materials from brick to wood paneling and bamboo floors to terra cotta tile”. The new space by Jeff Jordan is uses only a handful of materials throughout, creating a much airier feel. 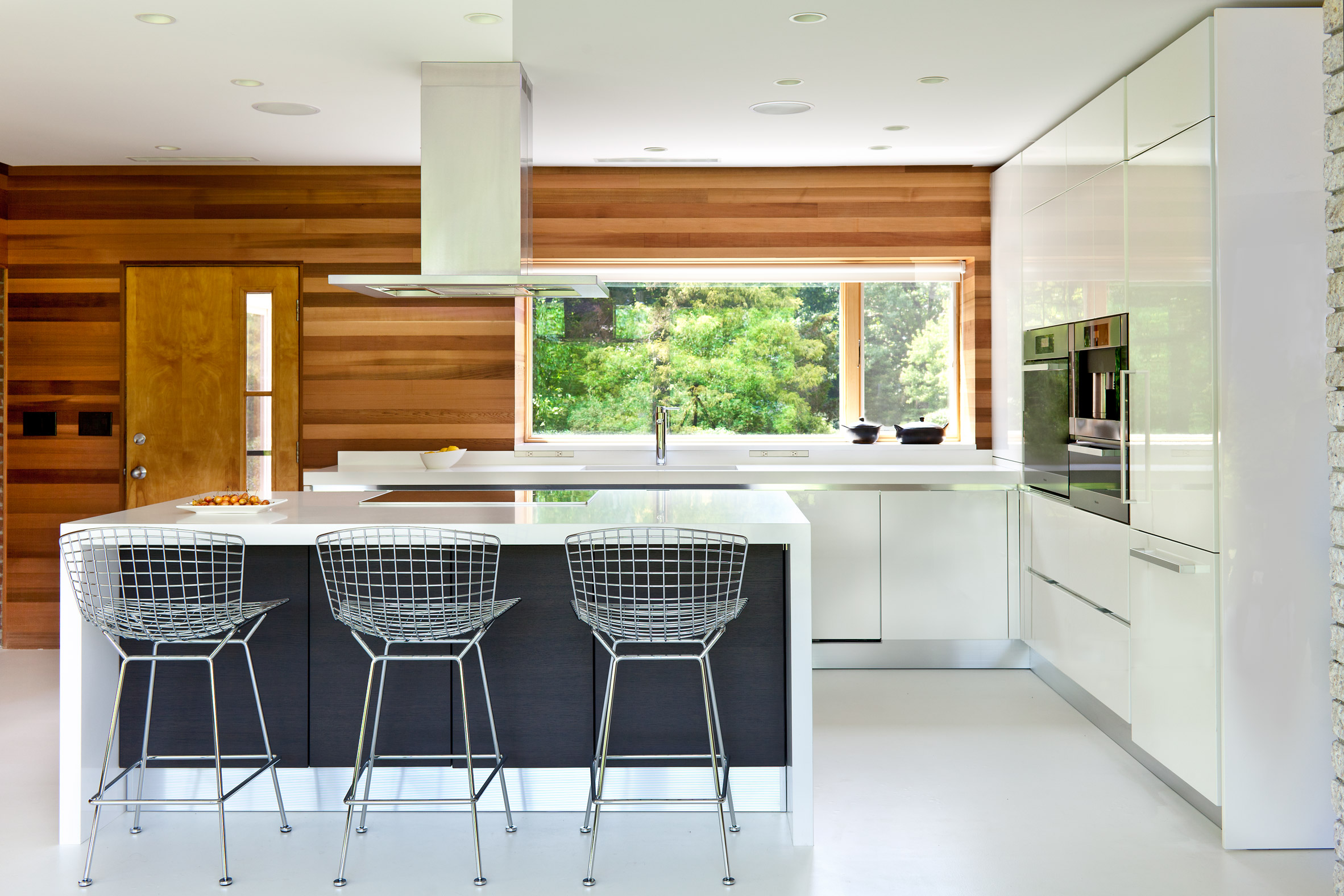 The most striking addition is the expansive glazed wall along the living and dining rooms, which calls to mind modernist homes like Mies van der Rohe‘s Farnsworth House – which is set to become the focus of an upcoming Hollywood movie. 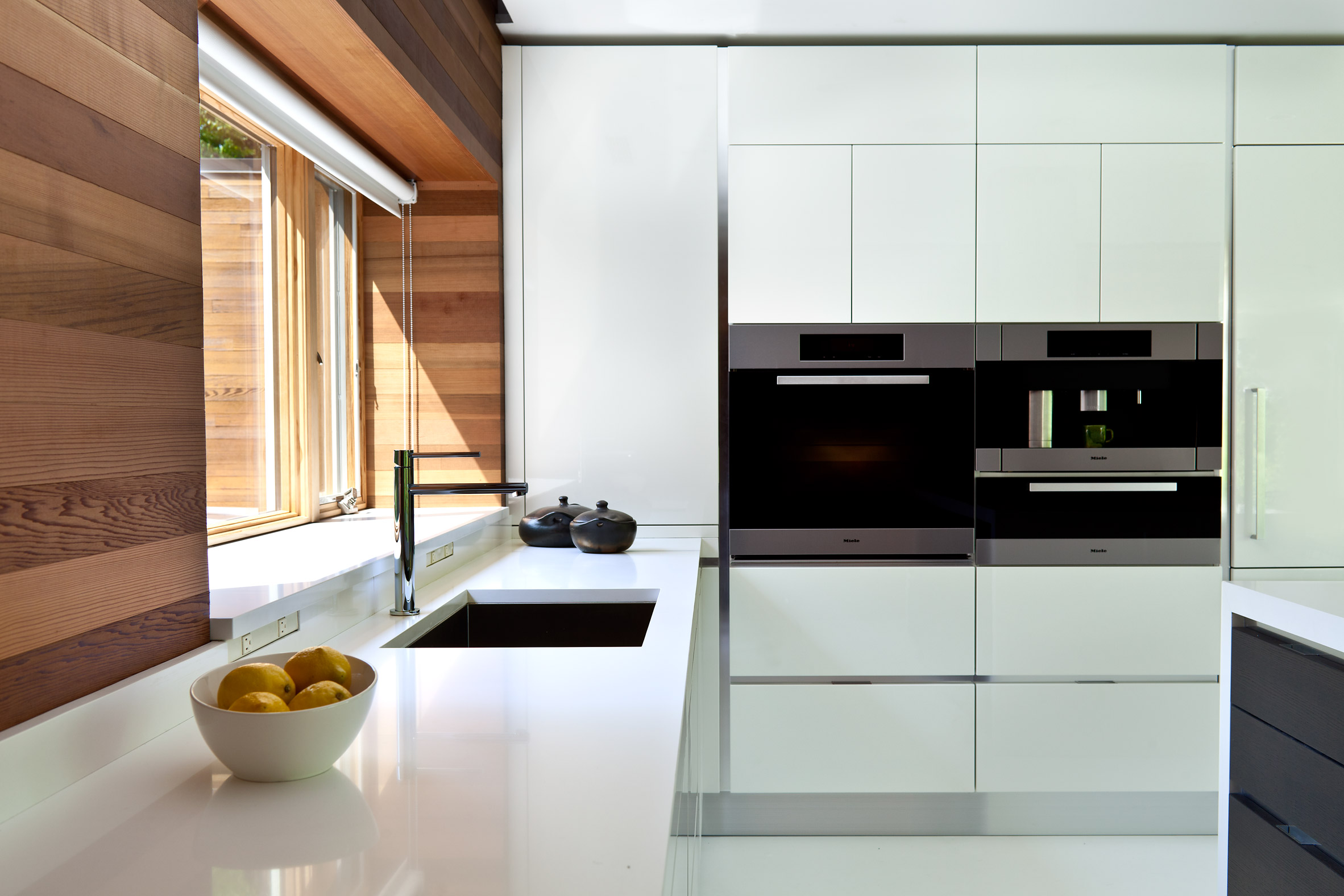 “In order to improve the connection between the interior and exterior, we removed the exterior walls in the living space and replaced them with floor to ceiling windows and sliding doors,” said Jeff Jordan. 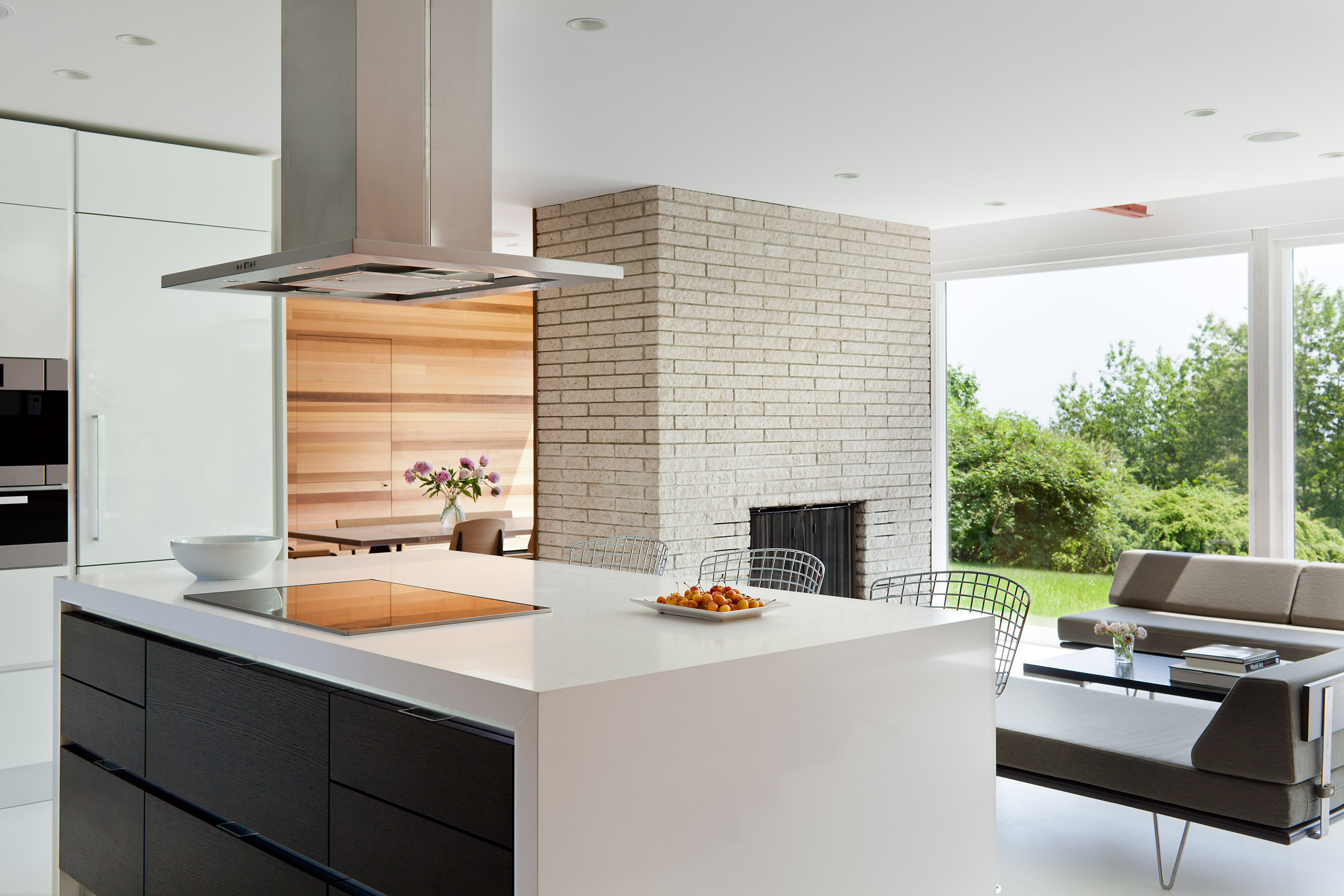 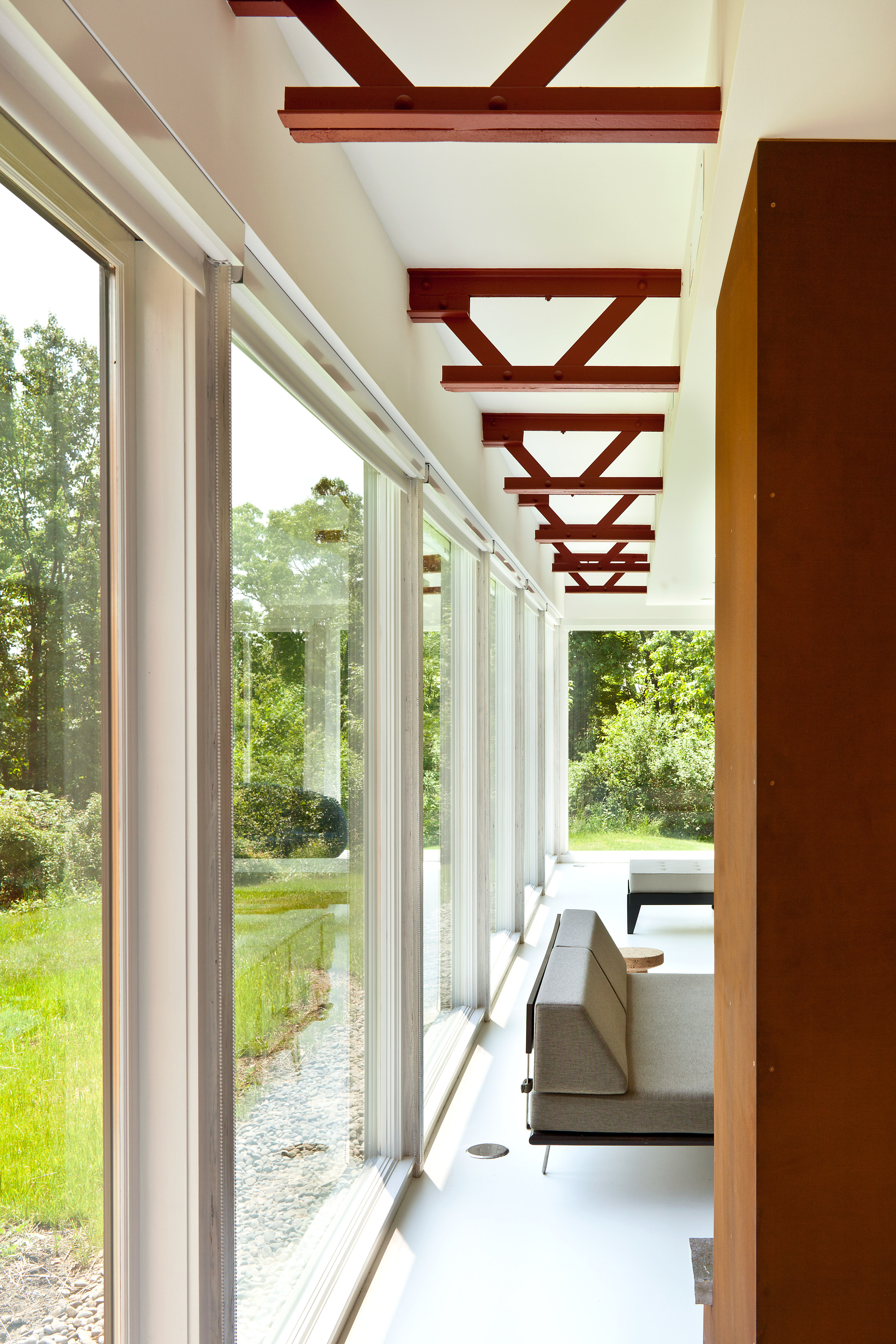 White epoxy floors and white cabinets add a contemporary flair to the interior. Above, the ceiling has partially exposed support beams with a geometric design. 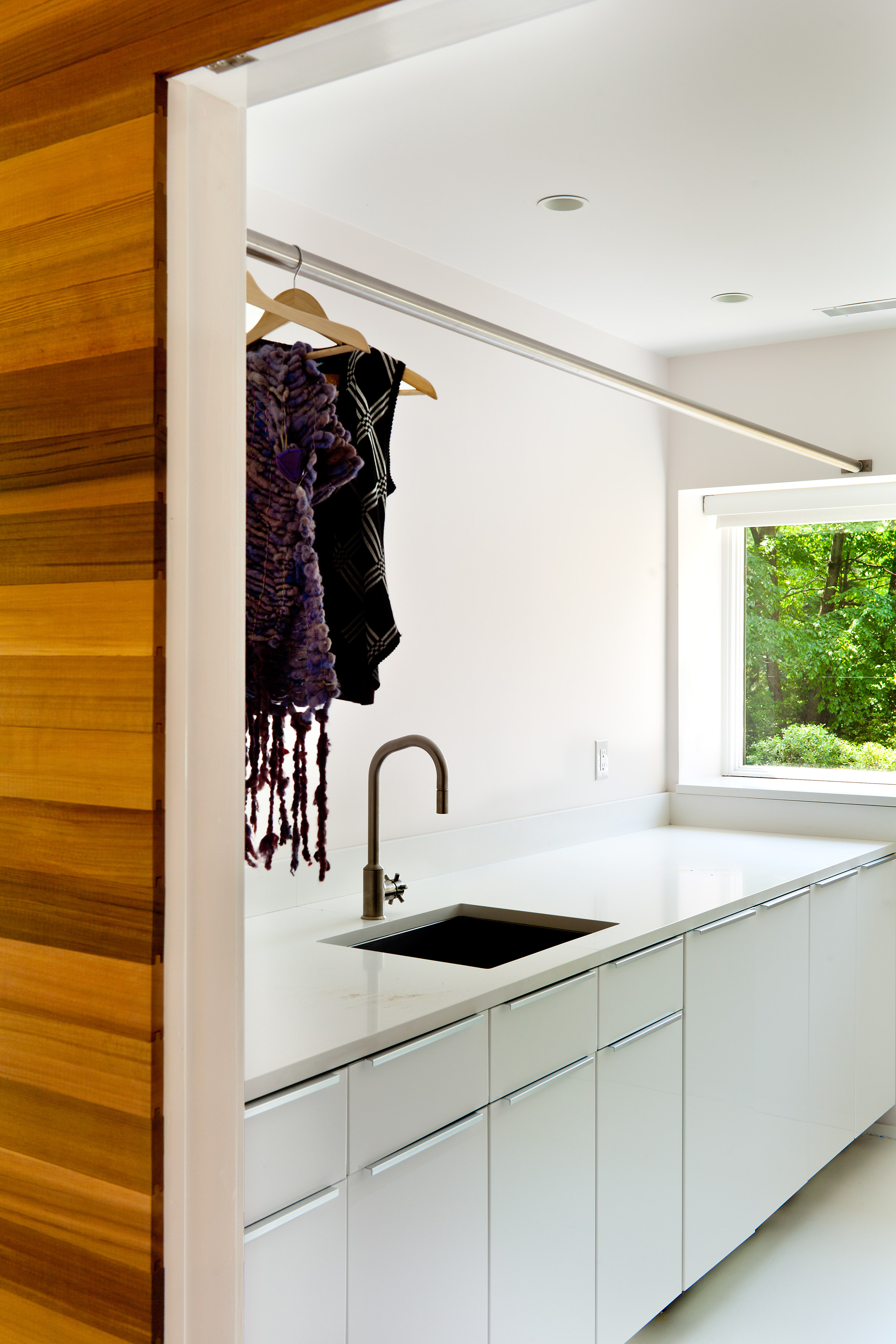 Walls are covered in a cedar, referencing the mid-century home’s original touches while adding warmth to offset the various metal furnishings. The cedar-cladding is an extension of the original siding that now also covers the exterior of the house. 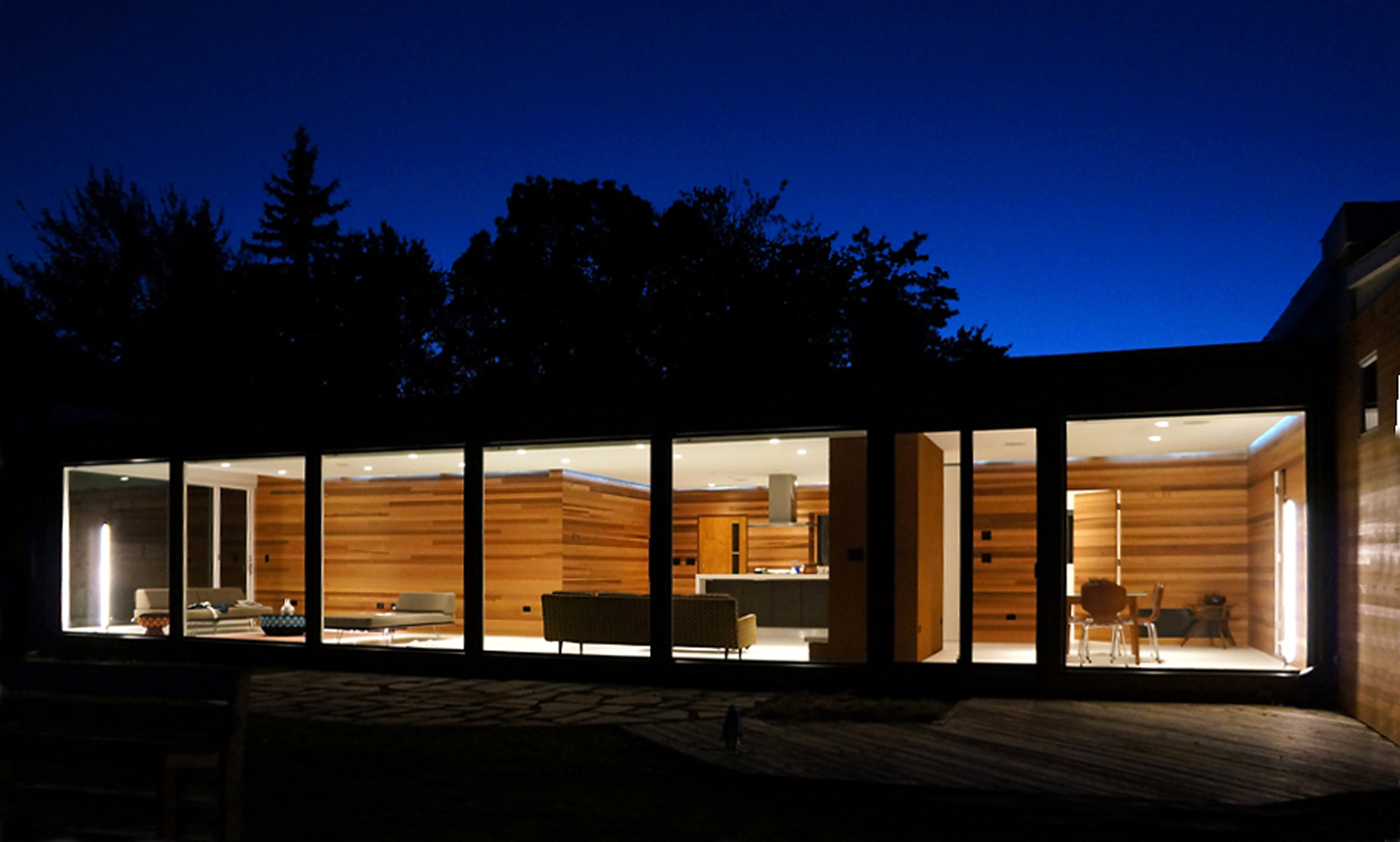 Jeff Jordan Architects are known for using wood in their construction, which can be seen in the pine interior home in Jersey City and this boxy, cedar-clad beach house in New Jersey.

Photography is by Steve Gross and Sue Daley. 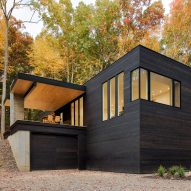