Students at Kansas State University in Missouri have designed and constructed a two-unit apartment building that is intended to be occupied by low-income tenants. 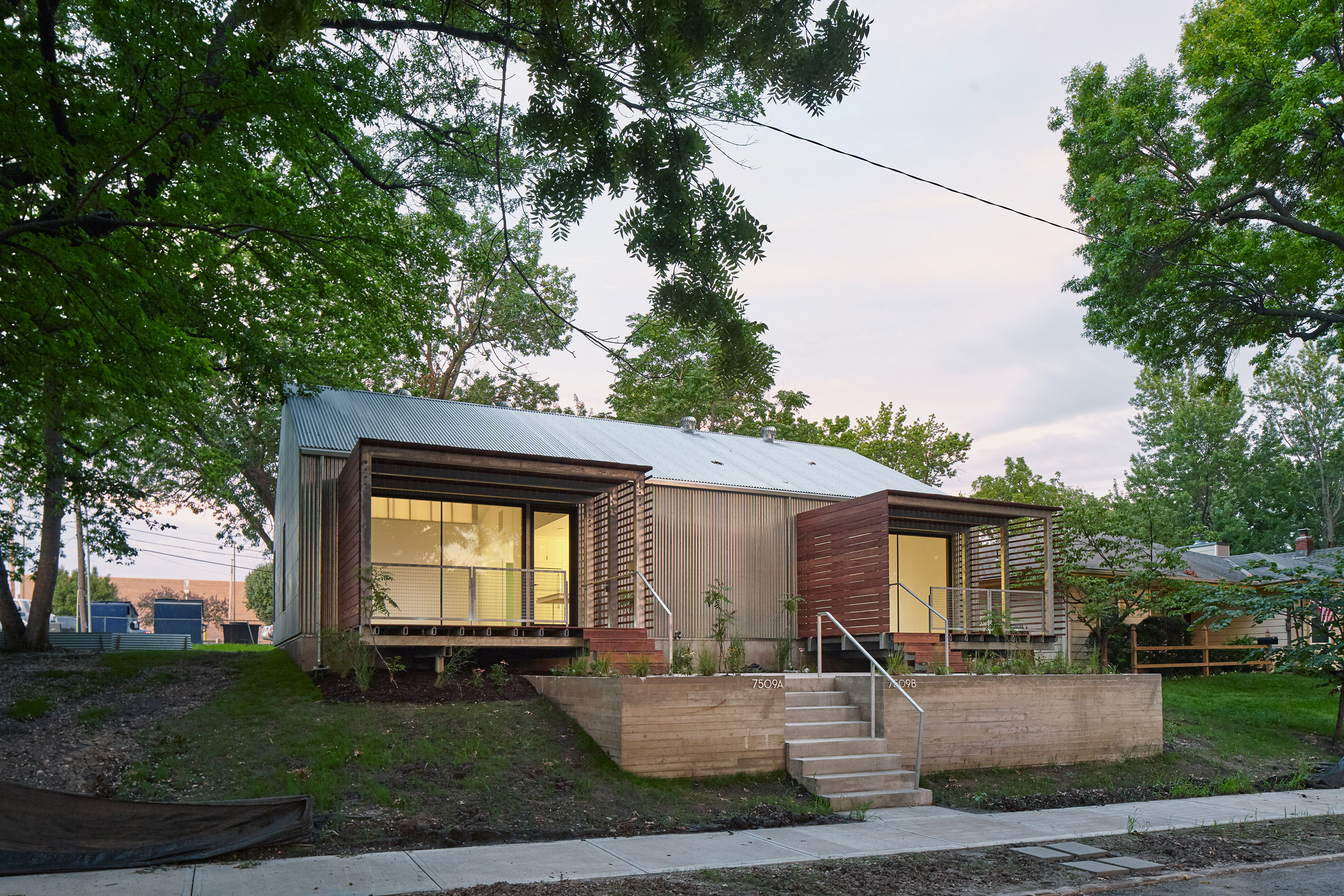 The Waldo Duplex is located in a diverse and historic district in Kansas City that is dominated by single-family bungalows and shotgun homes. Architectural experimentation is “rare but celebrated” in the area, which has been experiencing rising rents.

The dwelling, which contains a pair of apartments, was designed and built by a group of fifth-year students in the architecture program at Kansas State University. The students are part of Design+Make Studio, a collaboration between the university and the local firm El Dorado. 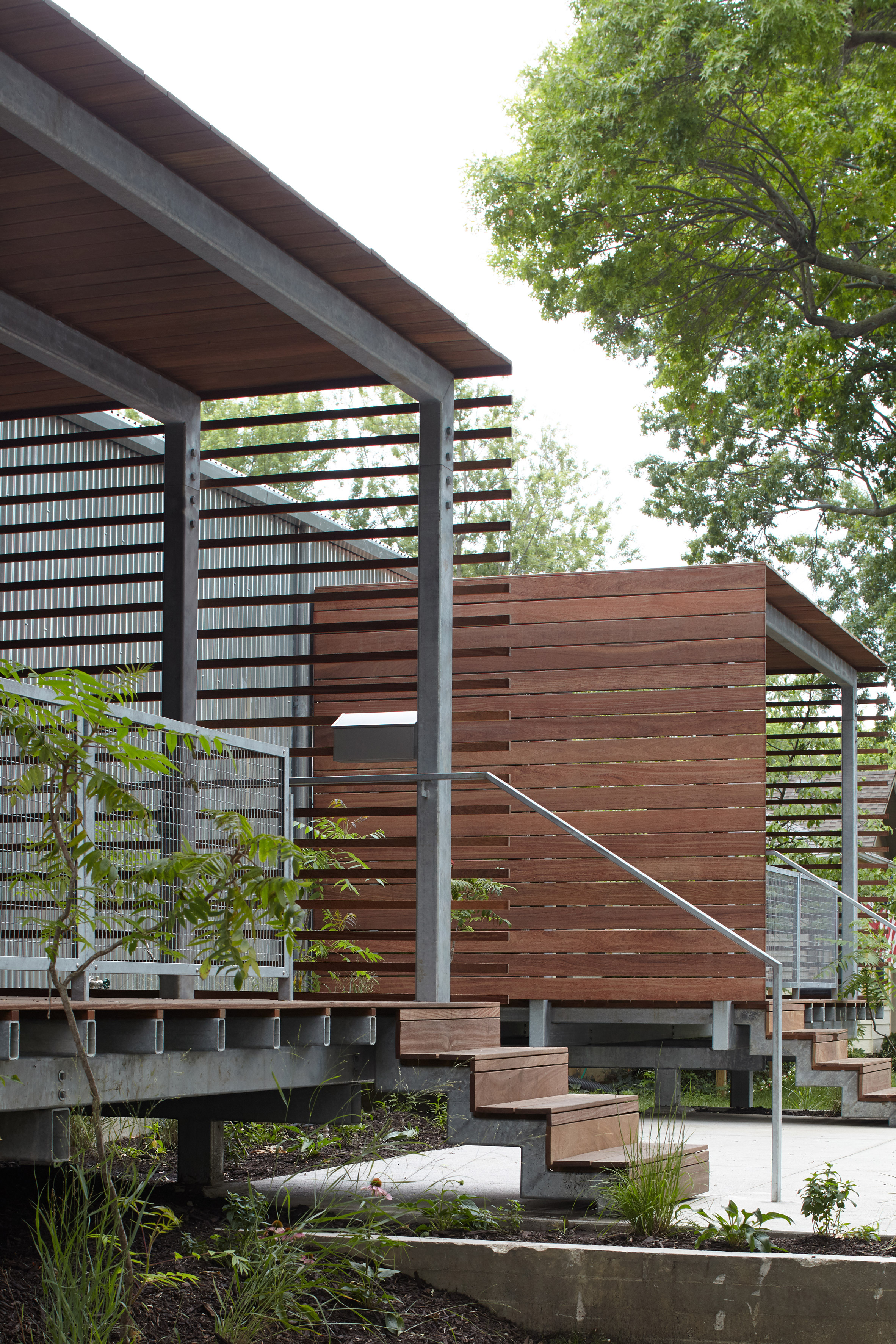 “Today, developers have commodified the duplex, creating suburban neighbourhoods with no distinctive identity whatsoever,” the team said. “The Waldo Duplex looks to the inherent benefits of duplex construction, but works to redefine the building typology through a wholehearted embrace of pragmatic constructive and material constraints.” 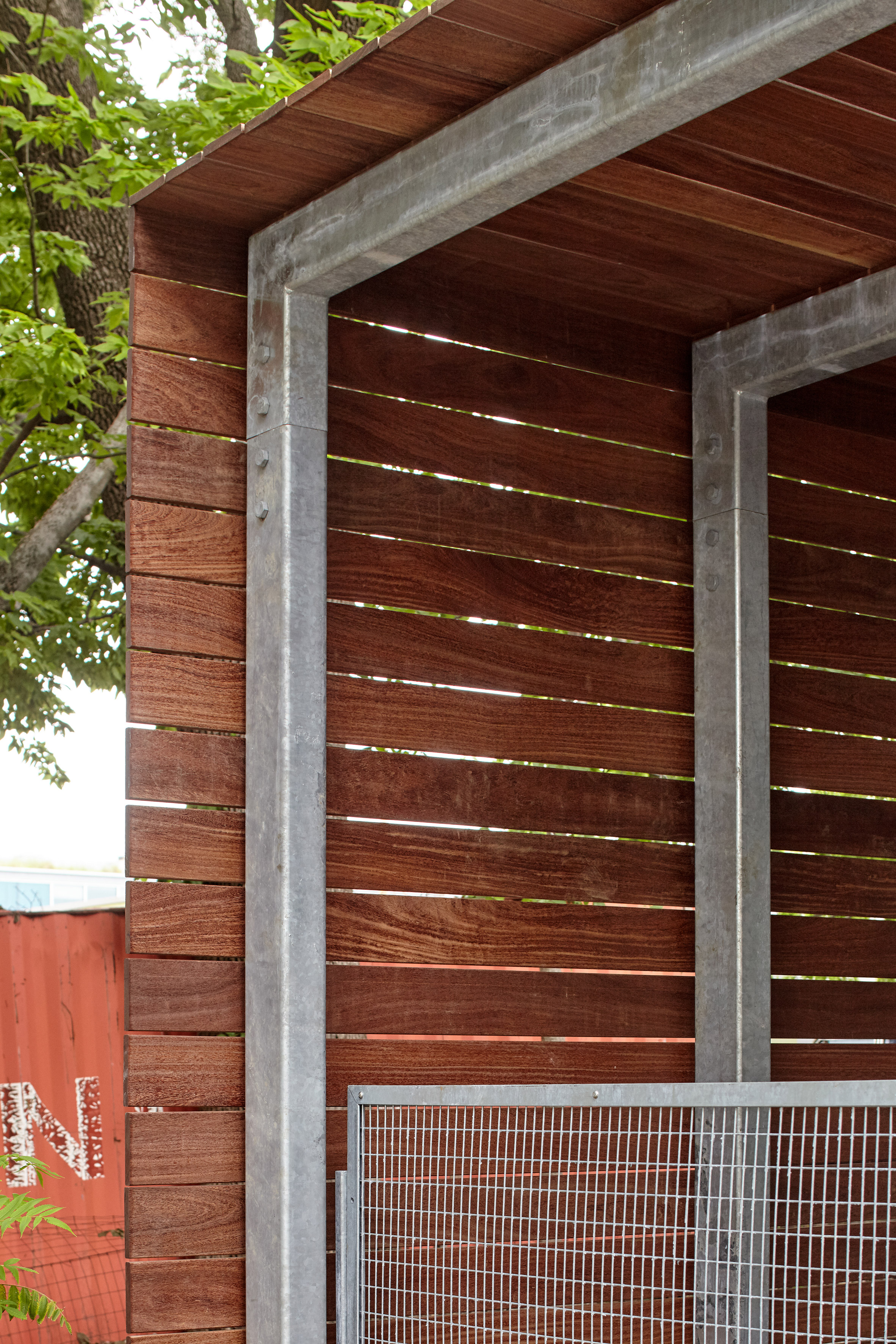 The duplex is intended to be occupied by two low-income families that earn less than 80 per cent of the city’s average income.

“This building type was conceived as a more compassionate way to meet housing needs in lower-income municipalities and neighbourhoods without the density that is typical in affordable housing,” the team said. 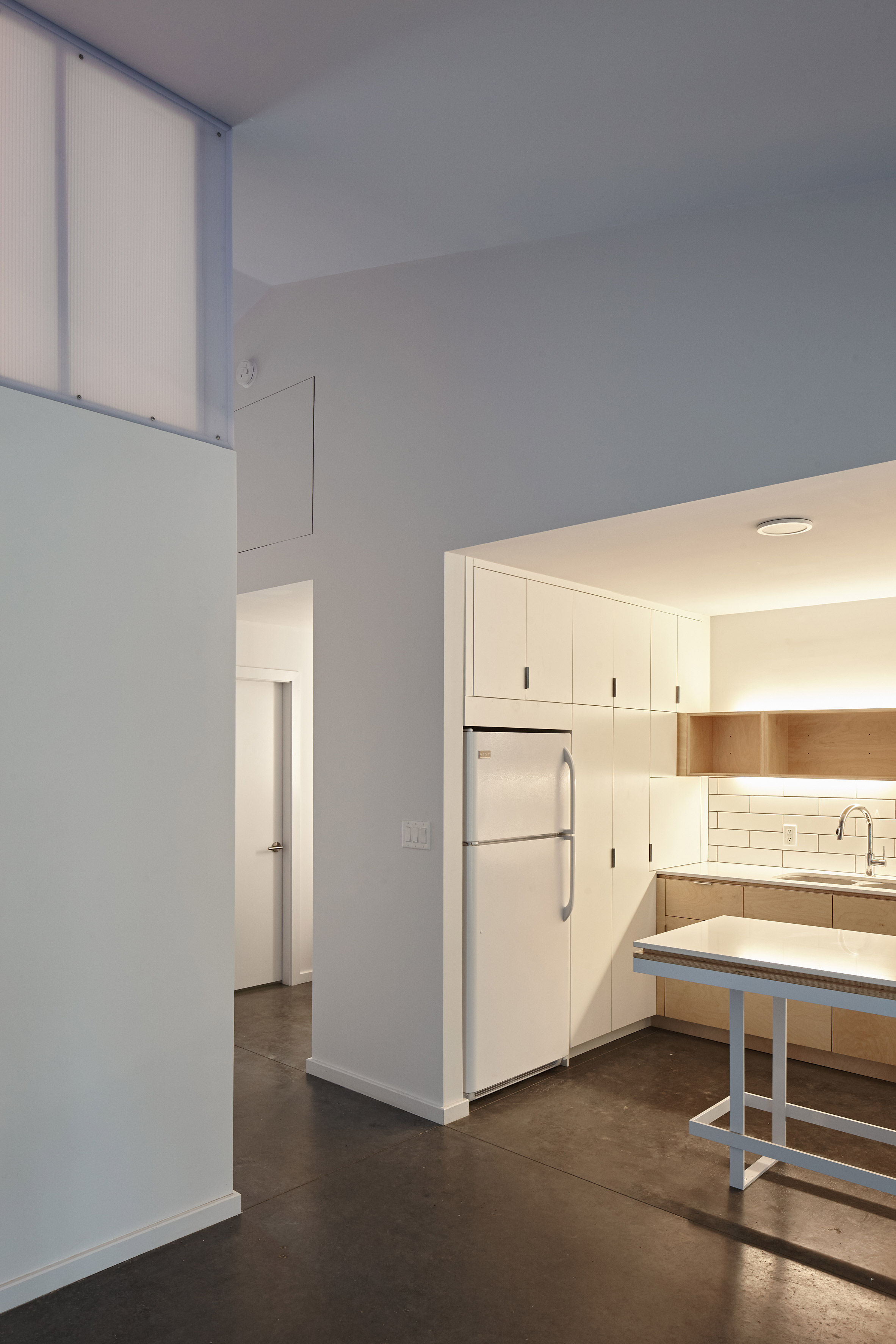 The building is designed to embrace the surrounding context. Built on a gently sloping site, the rectilinear dwelling sits atop a concrete base. Exterior walls, along with the pitched roof, are clad in corrugated metal. 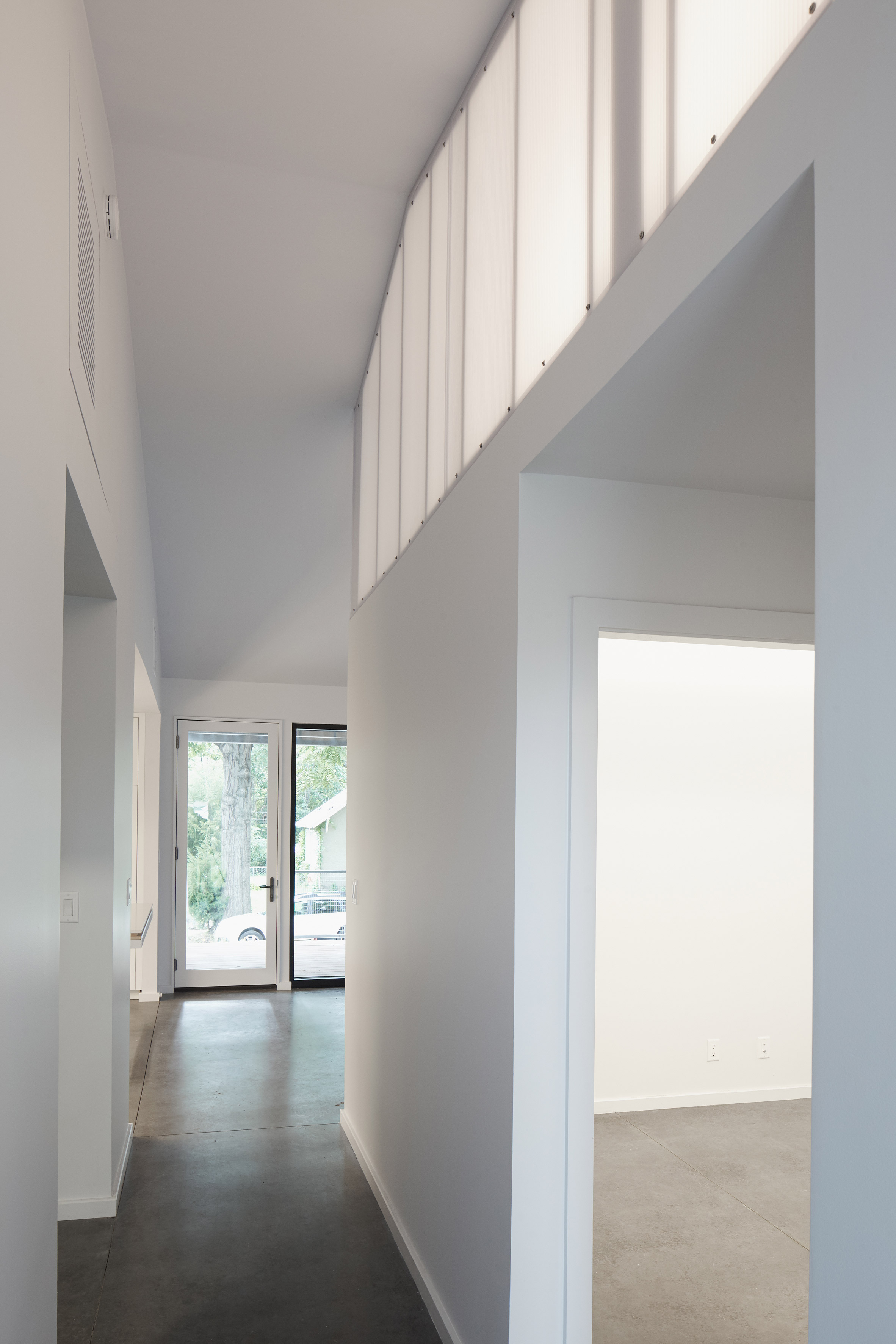 On the street-facing elevation, stairs lead up to front porches, which are enclosed within wooden slats and slightly cantilever over the site. Walls of glass bring in natural light and provide a strong connection to the neighbourhood.

Each unit totals 725 square feet (67 square metres). The apartments have two bedrooms and an open-plan area zone for cooking, dining, and living. The rooms are illuminated through a careful balance of natural and artificial light. 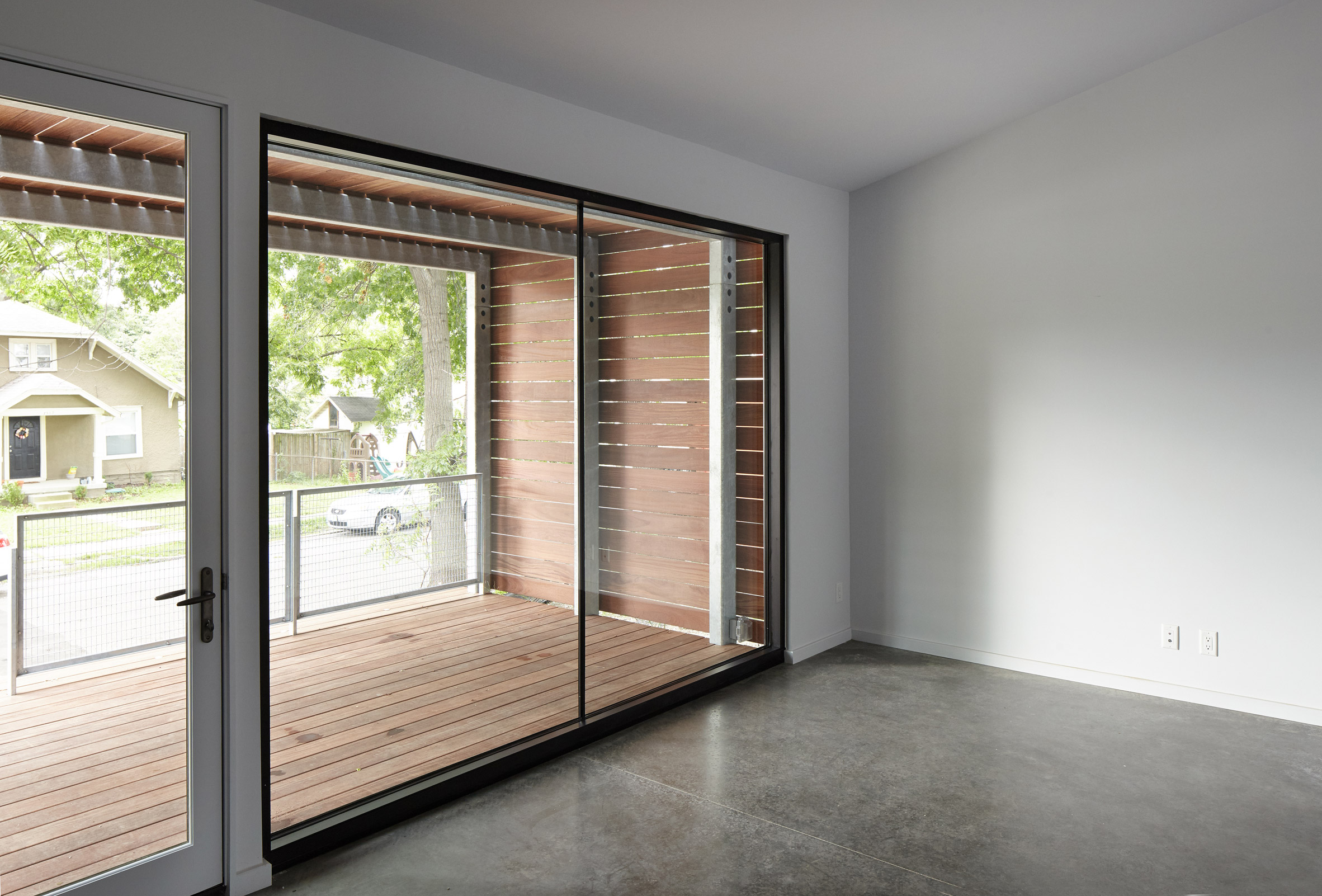 “Through the concept of ‘borrowed light,’ the spaces are in a constant dialogue with each other,” the team said. “The kitchen, bathroom vanity nook, bedroom entry and even the clerestory above the bedrooms act as the luminaire for the adjacent spaces.” 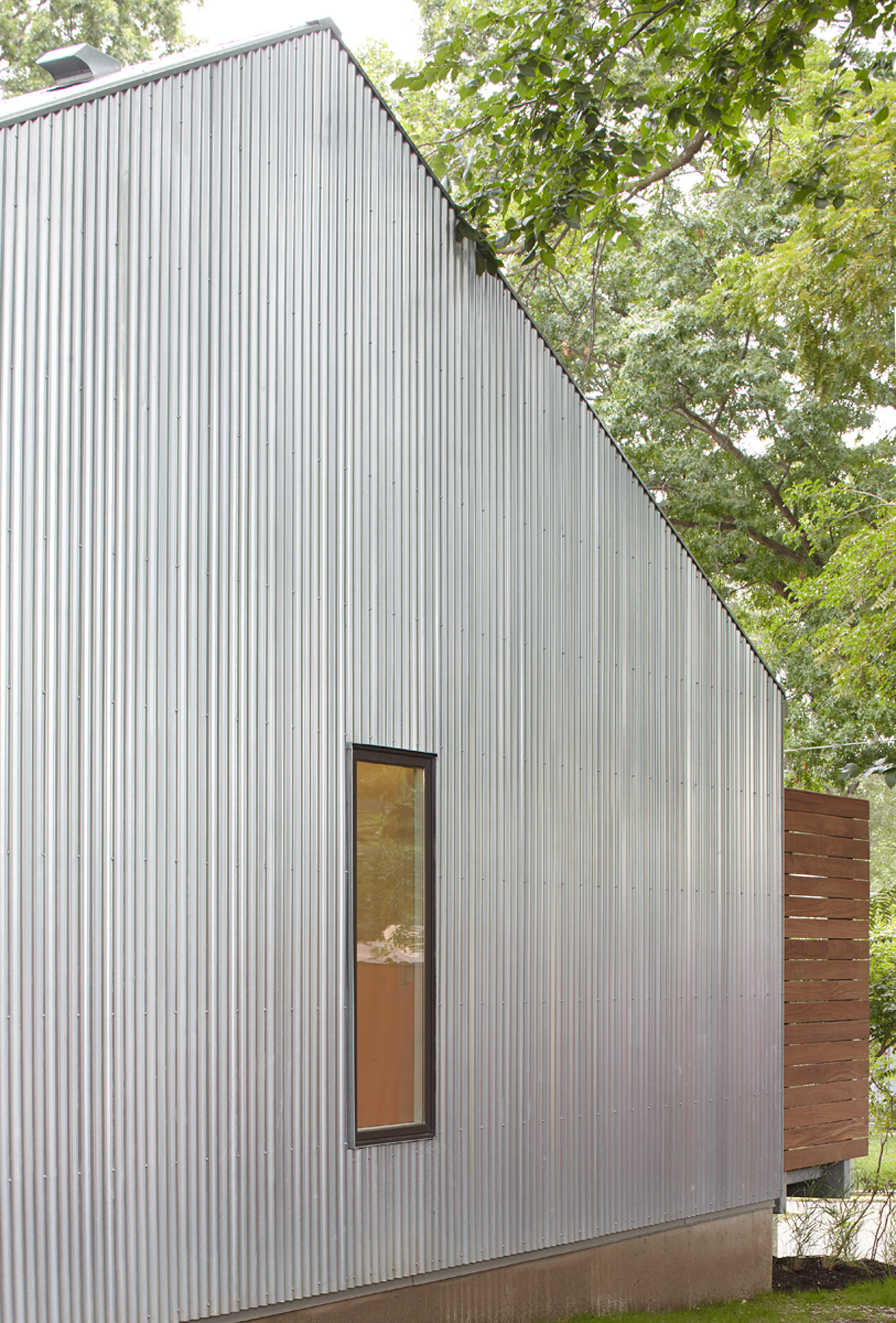 Despite a limited budget of $290,000 (£215,000), the team was able to incorporate high-quality finishes and custom cabinetry. The project was built for $200 (£148) per square foot, which is less than comparable projects.

“Typical affordable housing only advances perceptions of inequality rather than fight them,” the team said. “The project is the result of a rigorous investigation of the construction process, and an unwavering belief that design excellence is possible within affordable housing.” 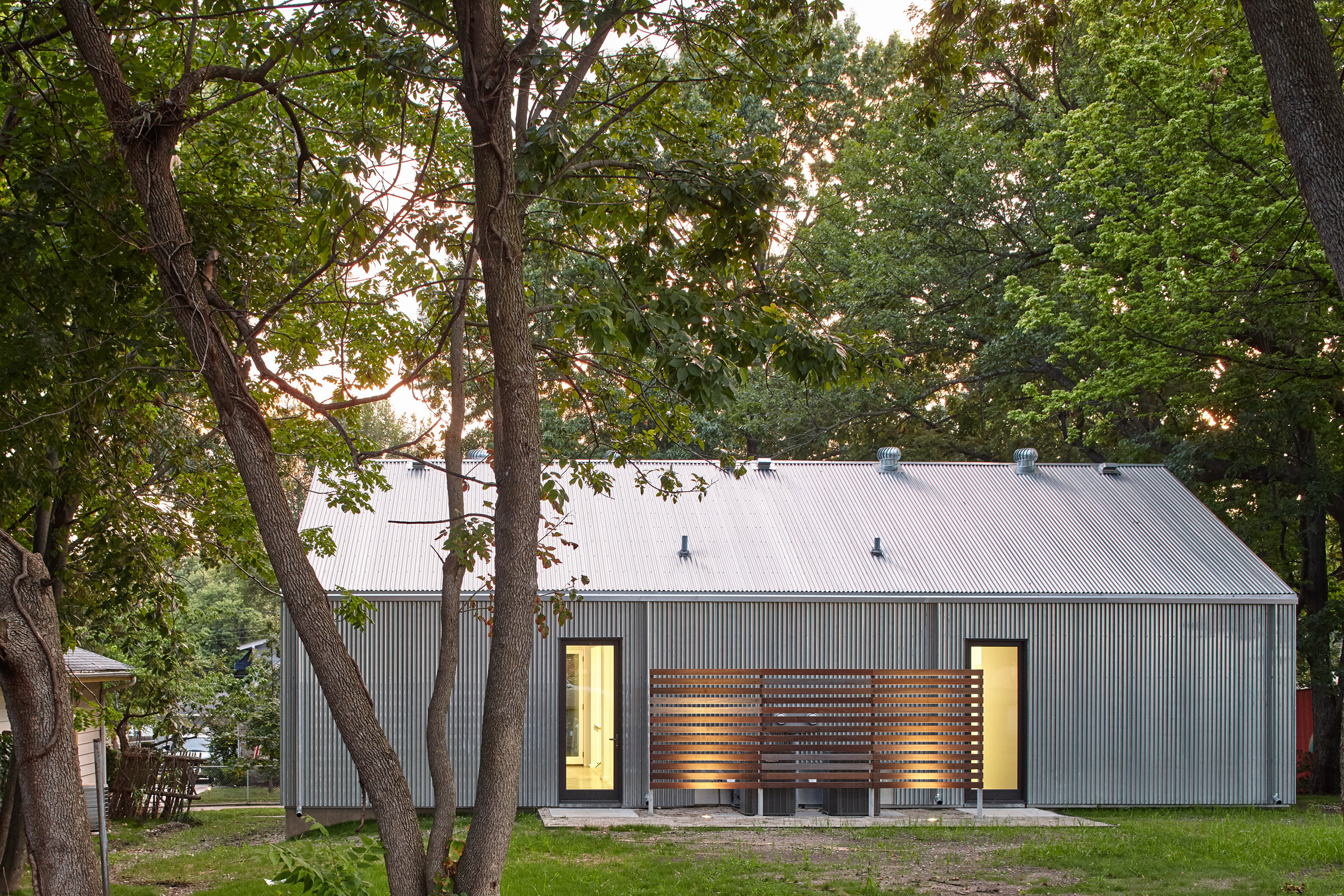 Other design-build projects by American students include a prefabricated dwelling for homeless residents by a group at Yale University and a Kansas home by Studio 804 that was built using salvaged materials.

Photography is by Mike Sinclair.

Yale architecture students create dwelling in Connecticut for the homeless