Richly toned wood is paired with stucco-covered concrete to form the walls of this contemporary country house in Missouri, designed by American firm Kem Studio.

The Modern Lodge is situated on a sloped site overlooking Weatherby Lake, near Kansas City. The owners – a married couple with children – work in the city but wanted a country-style home where they could wind down and entertain friends. 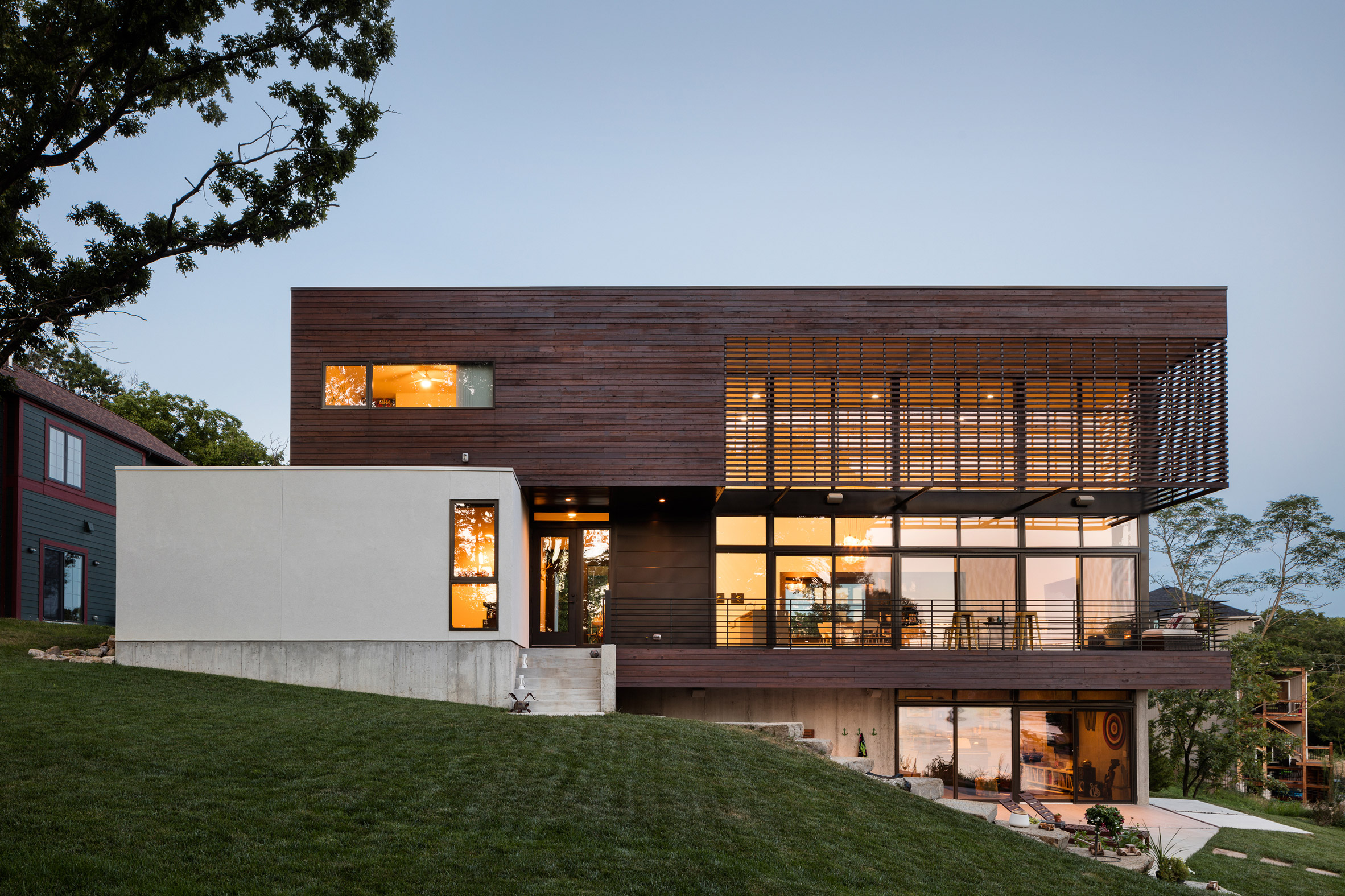 The building is composed of two platonic forms that are arranged perpendicularly and sit atop a concrete base. One volume houses public functions, while the other encompasses private spaces. 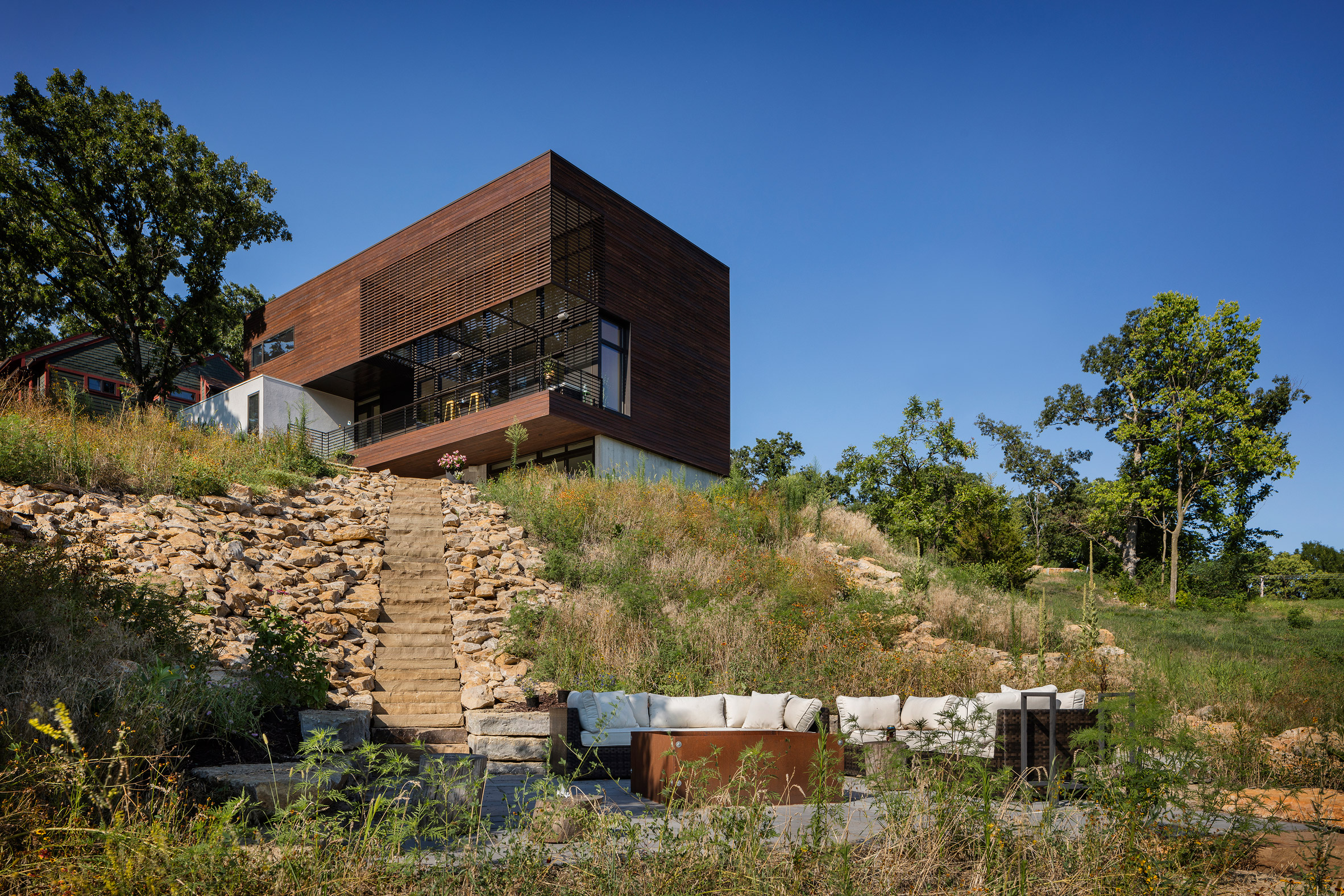 According to Kem Studio, this arrangement was created in response to the husband’s job as a commercial photographer, in particular, “the process of capturing an experience with a still photo”.

“The two are pulled apart, creating an aperture to the lake and transition between public and private functions of the house,” said the Kansas City-based firm. “The view is revealed once you enter the house, leaving the city behind and immersing yourself in lake living.” 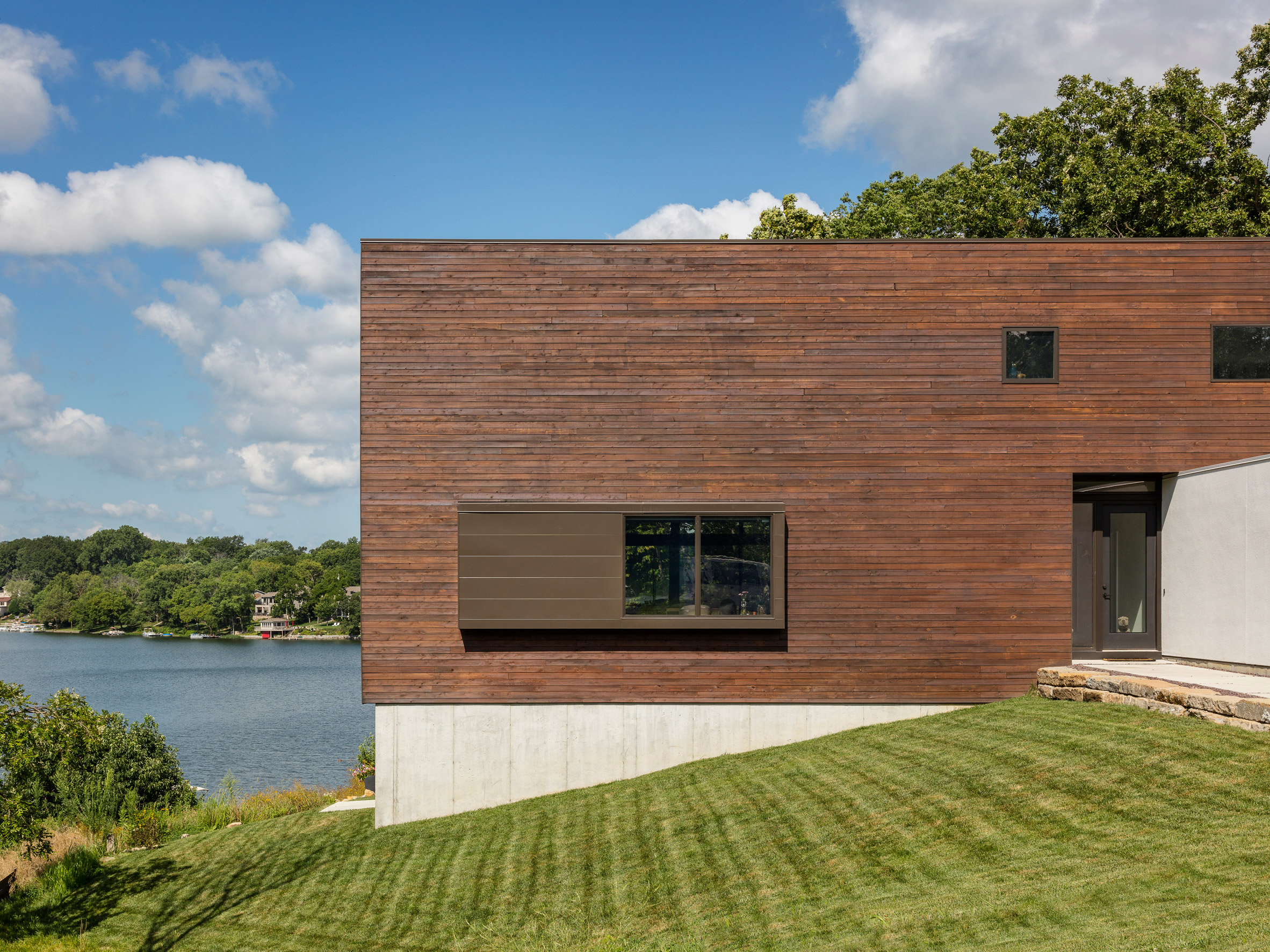 The public volume – the larger of the two – is wrapped in cypress shiplap, a type of wooden board panelling. On the west-facing side, which looks toward the lake, a screen hangs down and helps shade glass walls.

The smaller form is sheathed in crisp, white stucco and has only a few windows, which allow for “visual separation” and privacy. 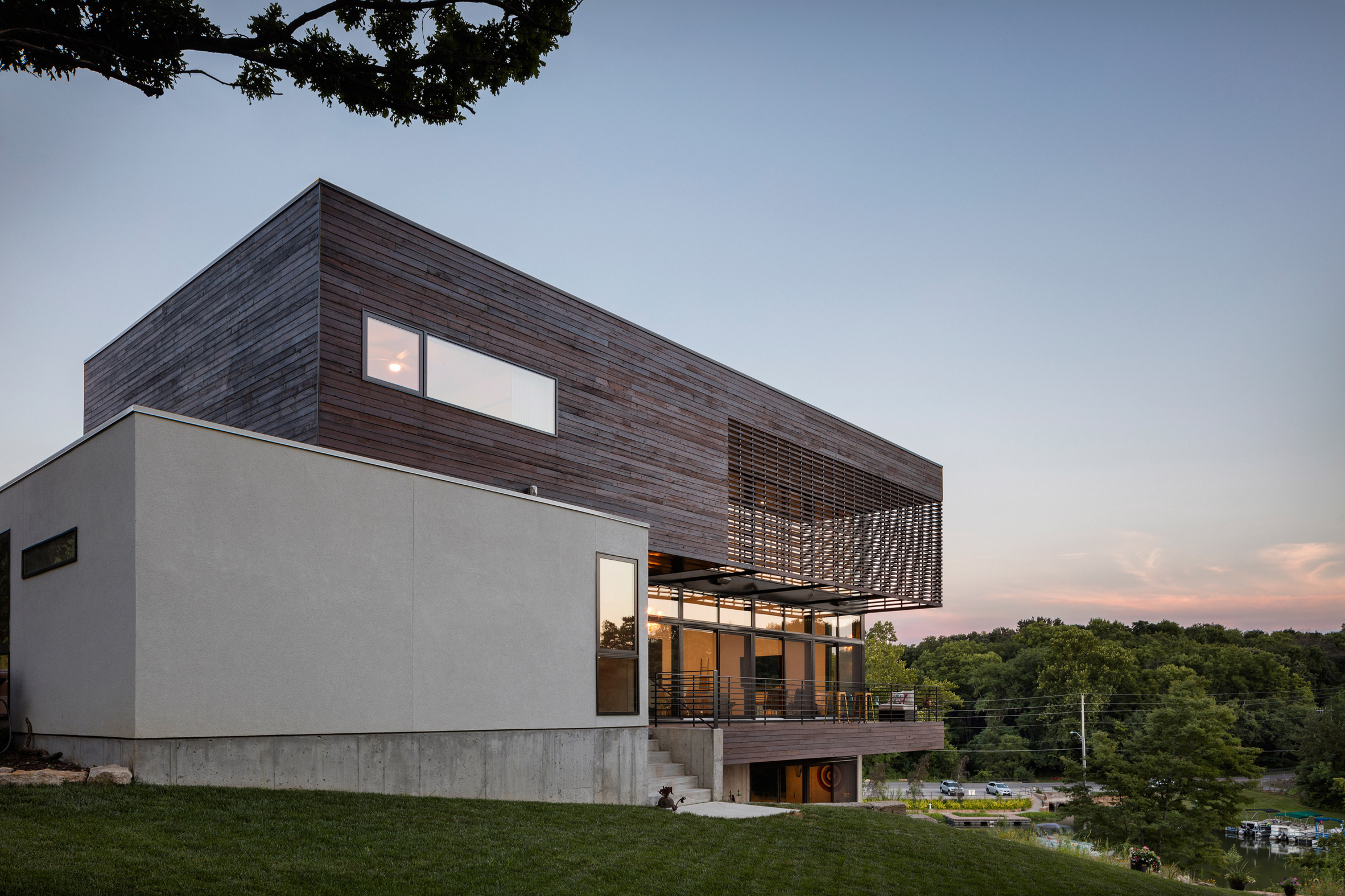 The property’s natural vegetation was left in place in some areas, helping connect the house to the landscape. A stone pathway in the rear yard leads down to an outdoor patio and the water.

“As one descends toward the lake, the house becomes a backdrop to the natural experience of lake living,” the studio said. 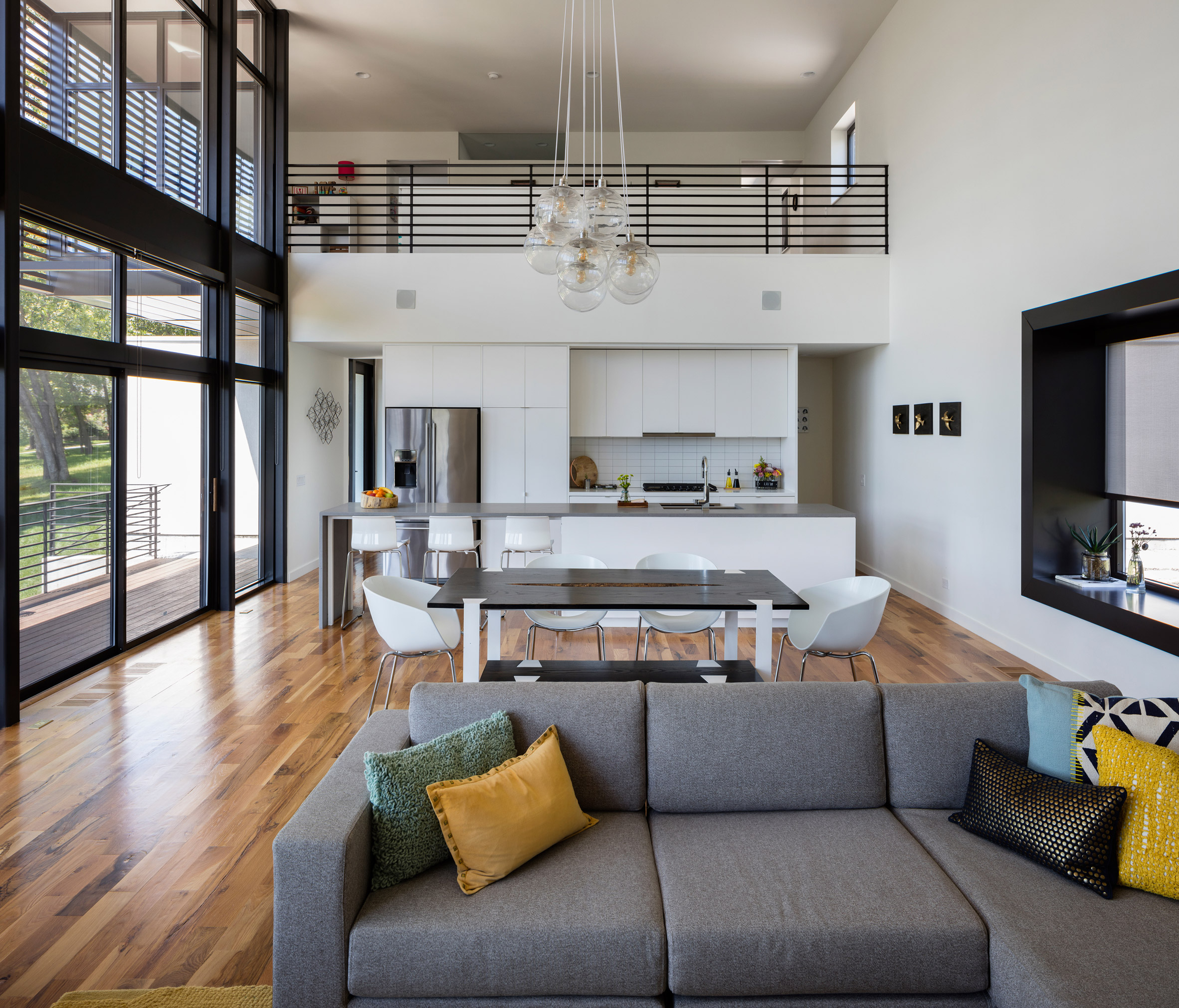 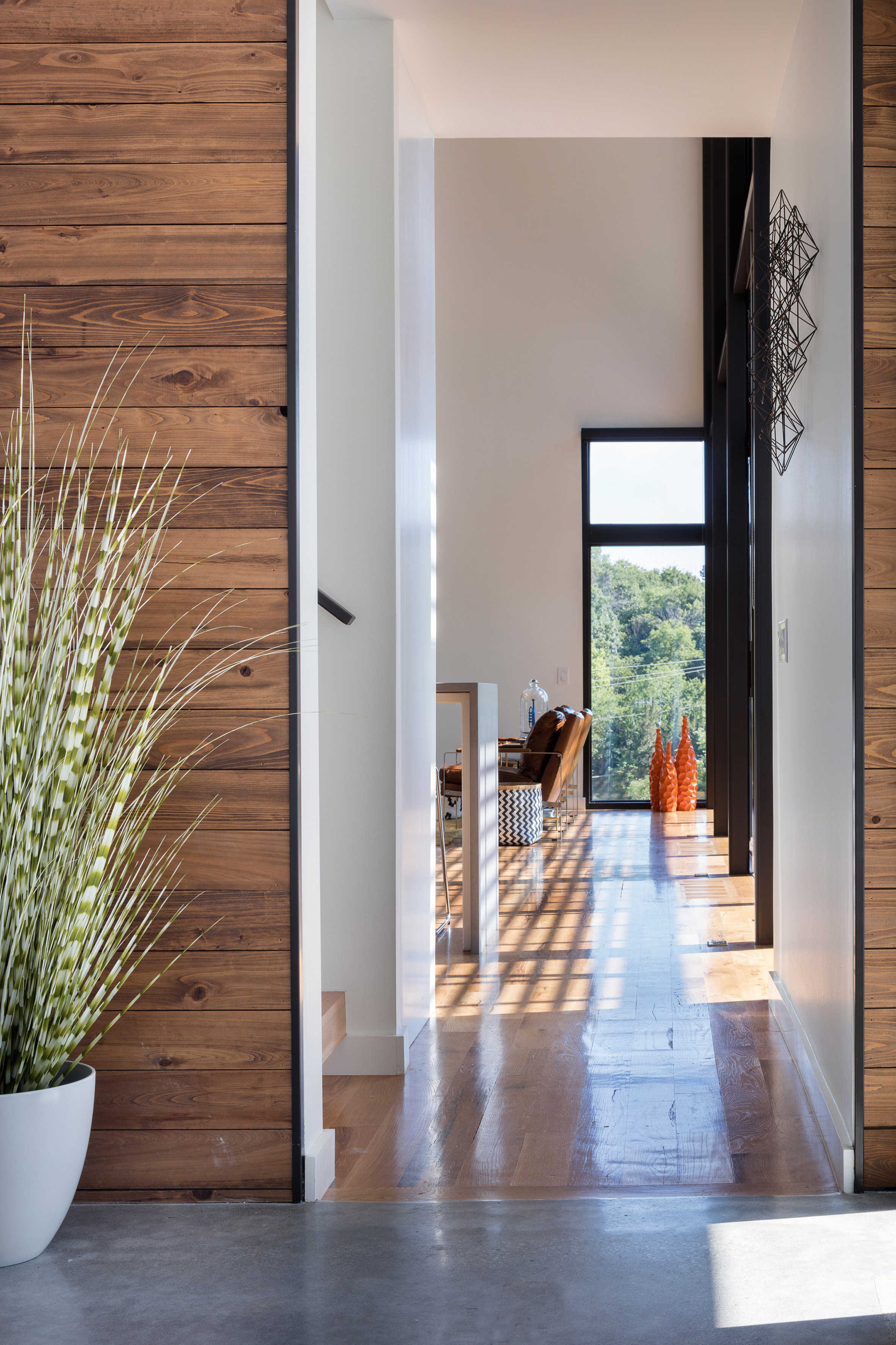 Wooden floors and a built-in fireplace help create a cosy atmosphere, while sliding glass doors provide a strong connection to the outdoors.

“The floor-to-ceiling glass occurs within the overall volume of the main living space, allowing for the perspective lines to bleed to the exterior of the home and be captured by the solar screen,” the team said. “This makes the volume feel much larger than it actually is.” 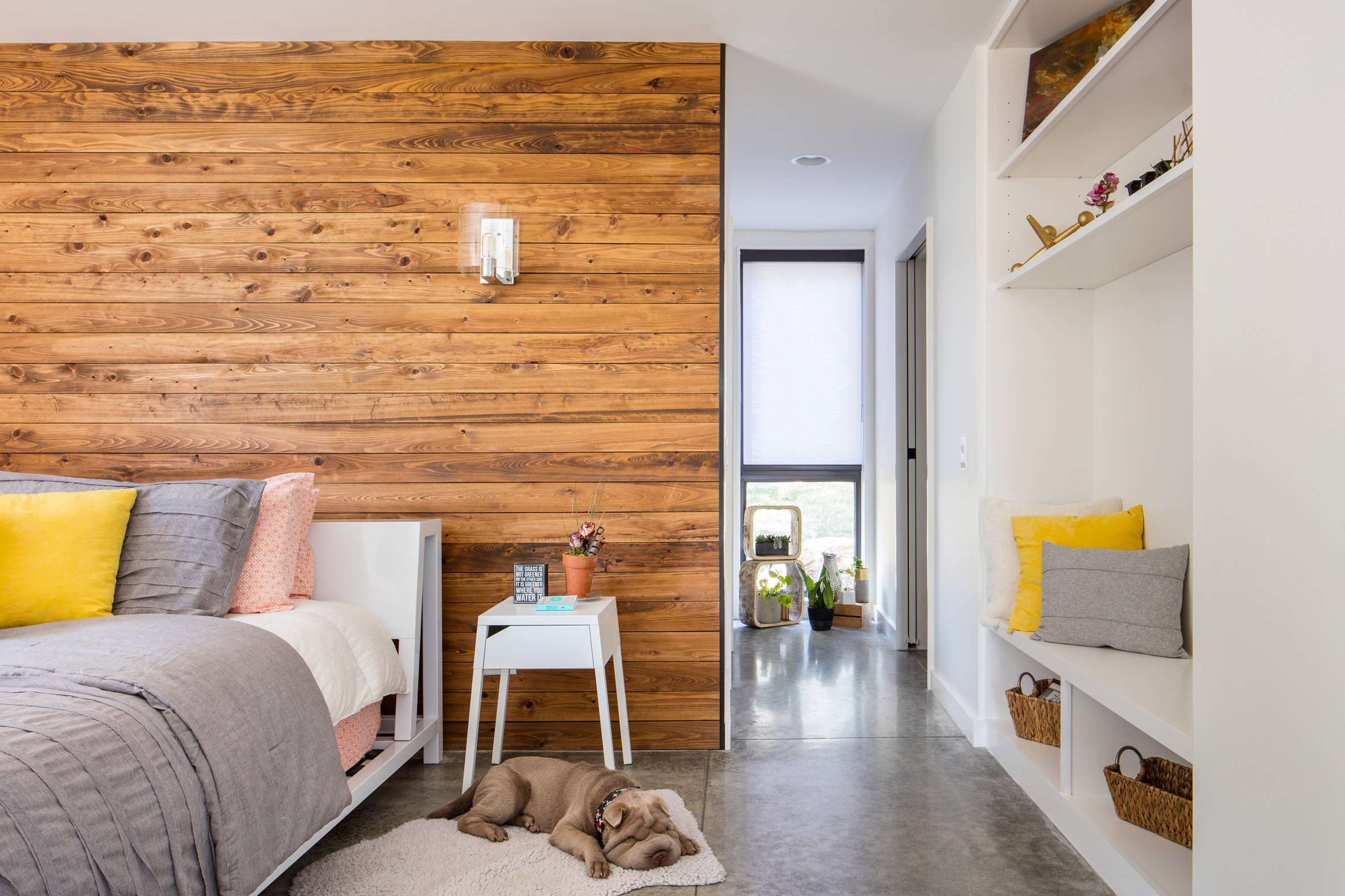 In a loft space, the team placed two bedrooms for children and a play space, which “borrow light and views” from the main living zone below. A secondary living zone is located in the home’s bottom level, and is defined by concrete walls and eclectic decor. 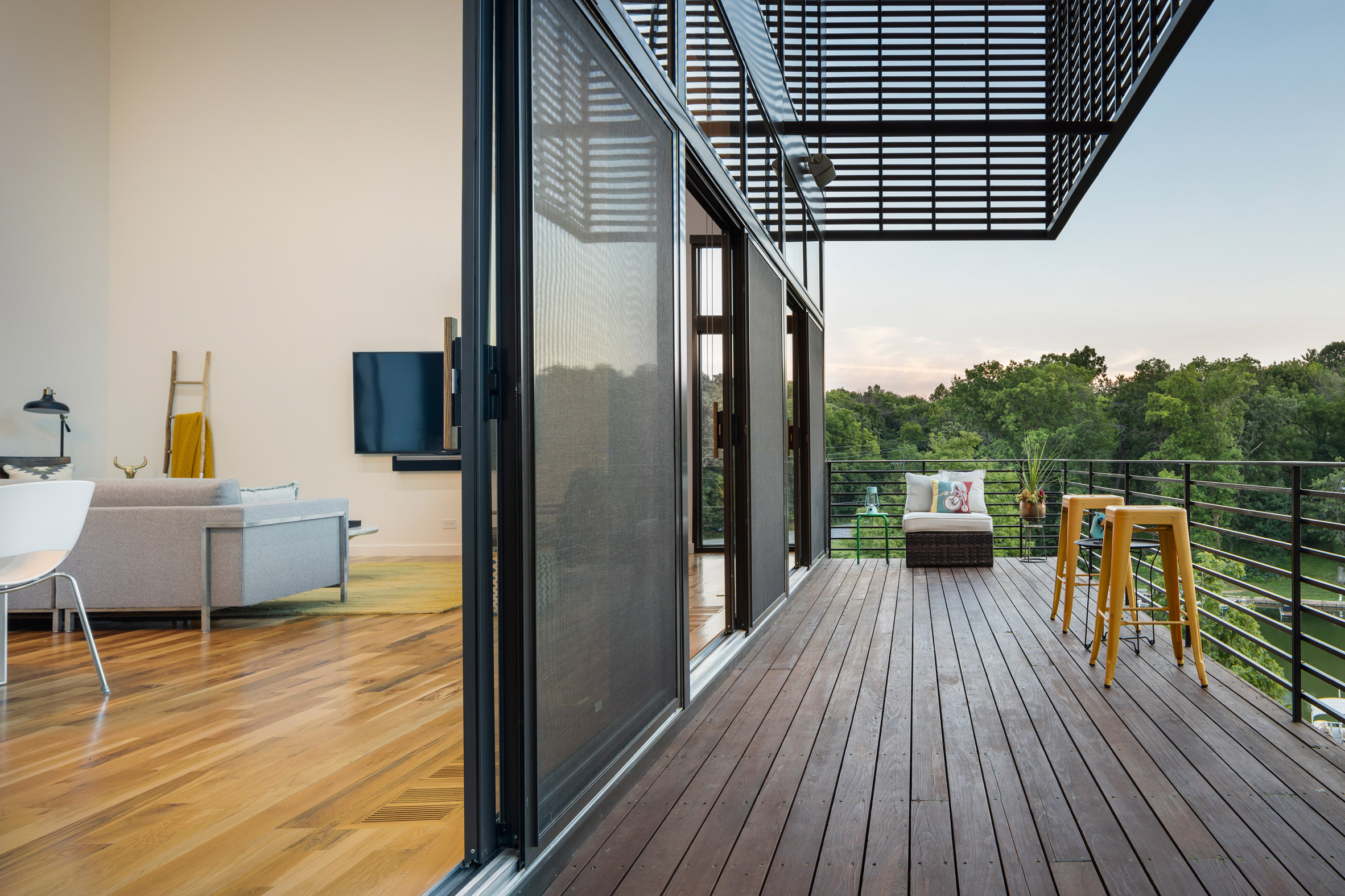 Other recently completed homes in Missouri include a low-slung residence by El Dorado that is organised around a central courtyard.

Photography is by Bob Greenspan. 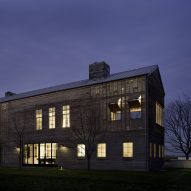