kengo kuma and associates has designed an observation deck on the summit of the scenic nihondaira spot, shizuoka prefecture, an area famous for its prominent views of mt. fuji. built in the shape of an octagon, formed from the cardinal directions, the project incorporates an observatory, an observation corridor, an exhibition space, a café and a watchtower. 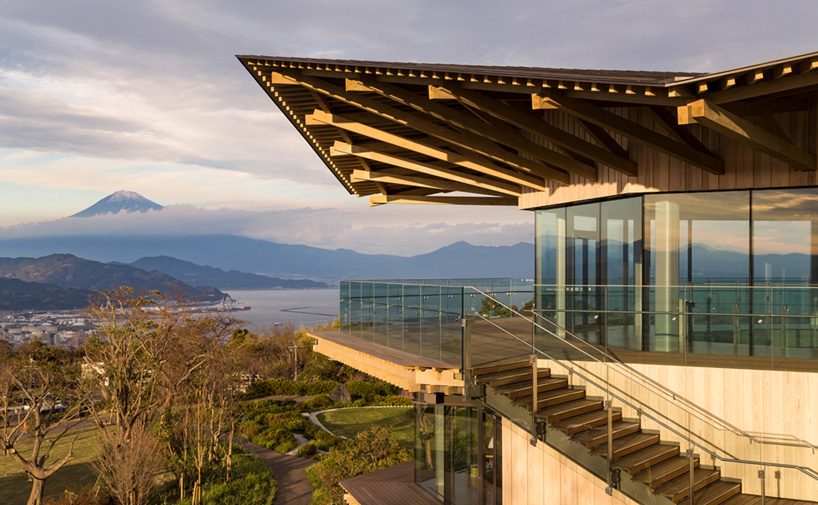 drawing from the octagonal shape of  yumedono ( the hall of visions) at the horyu-ji temple in nara, kuma has formed the observatory in a similar way, taking advantage of the its multi-directional façades. this particular geometry offers visitors a series of framed views of the mountain, as well as the experience of walking above ground on the observation corridor. the building is characterized by floor-to-ceiling windows, combined with local shizuoka cedar, that adds a sense of complexity, similar to dense branches. 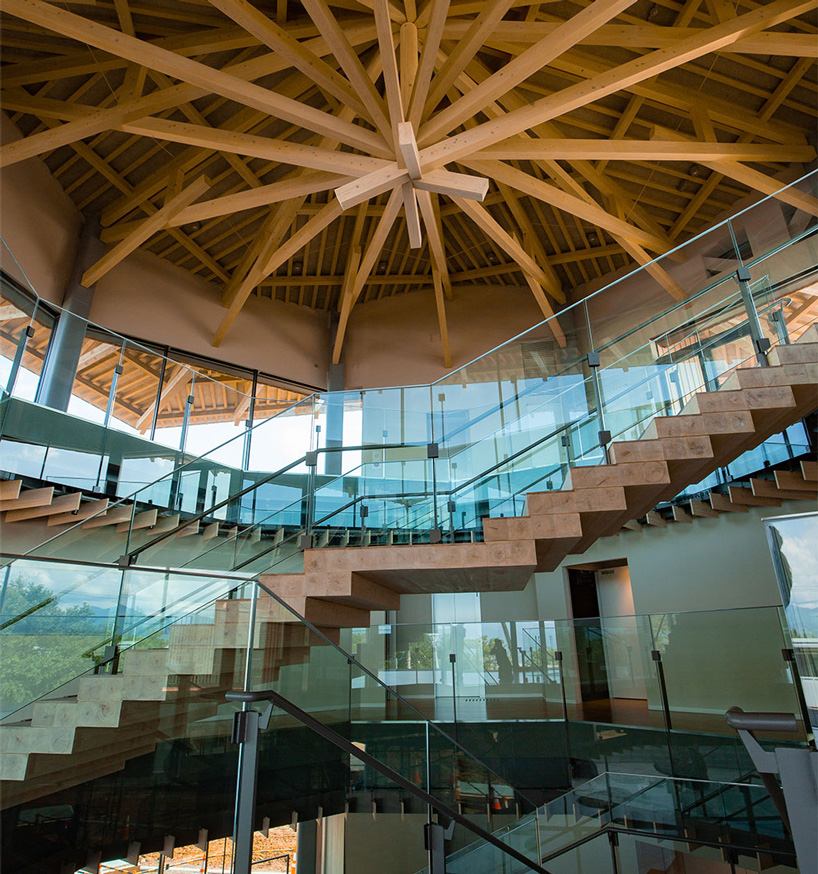 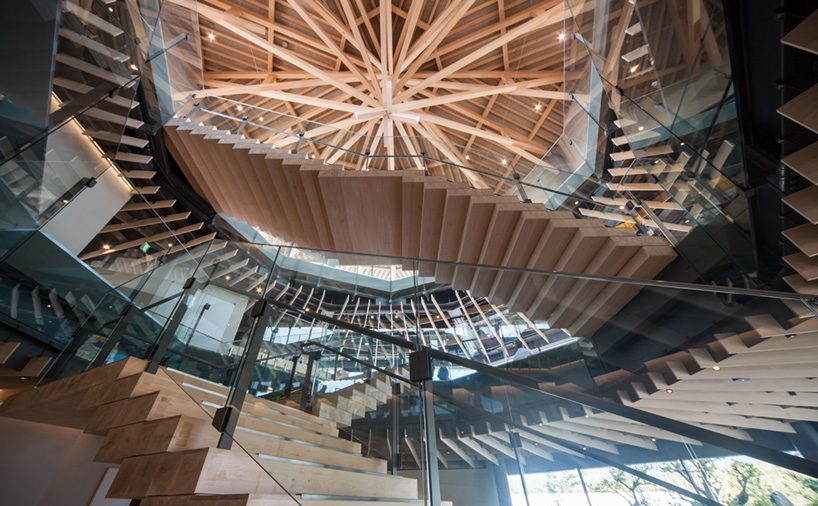 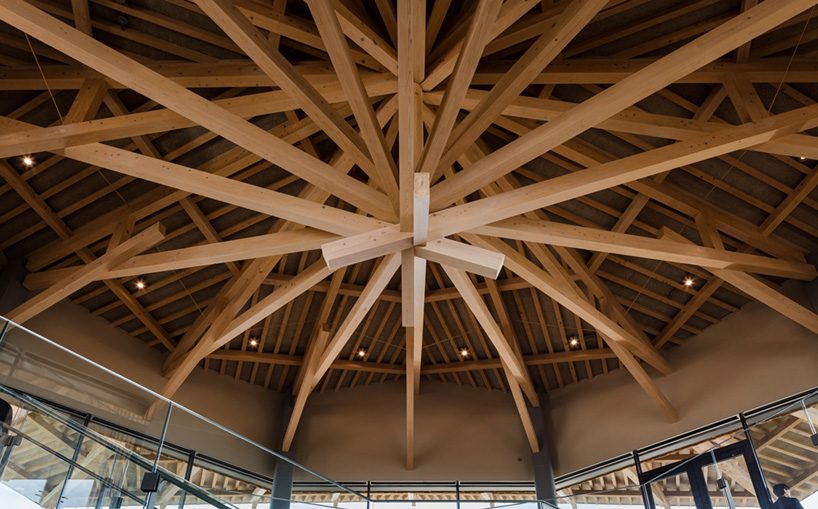 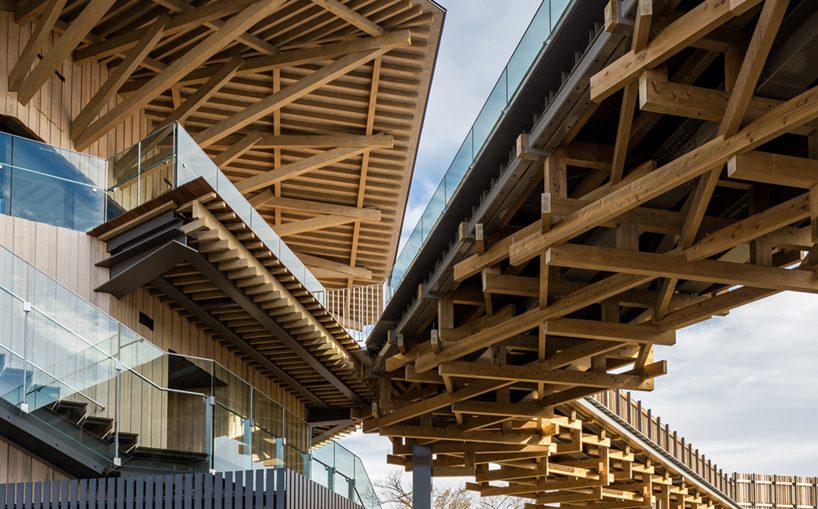 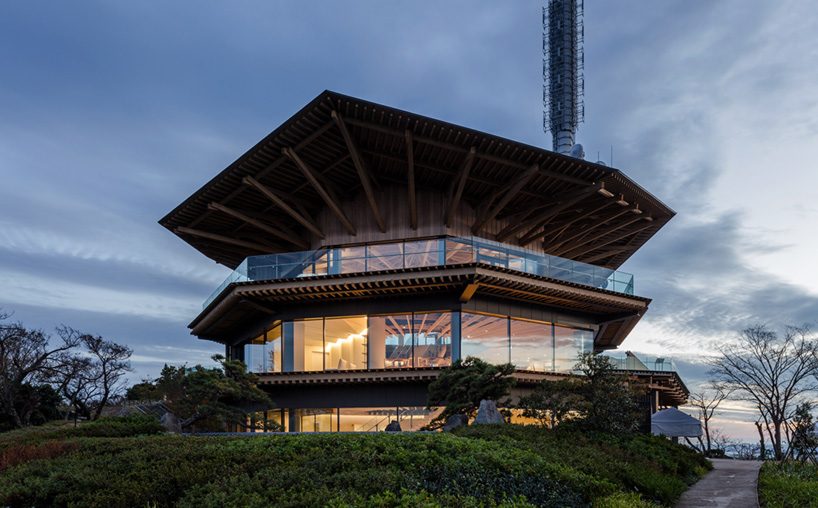 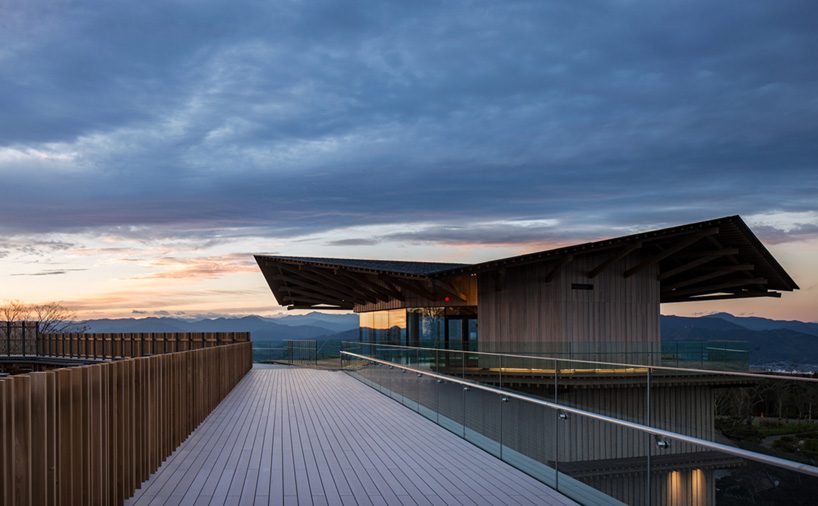 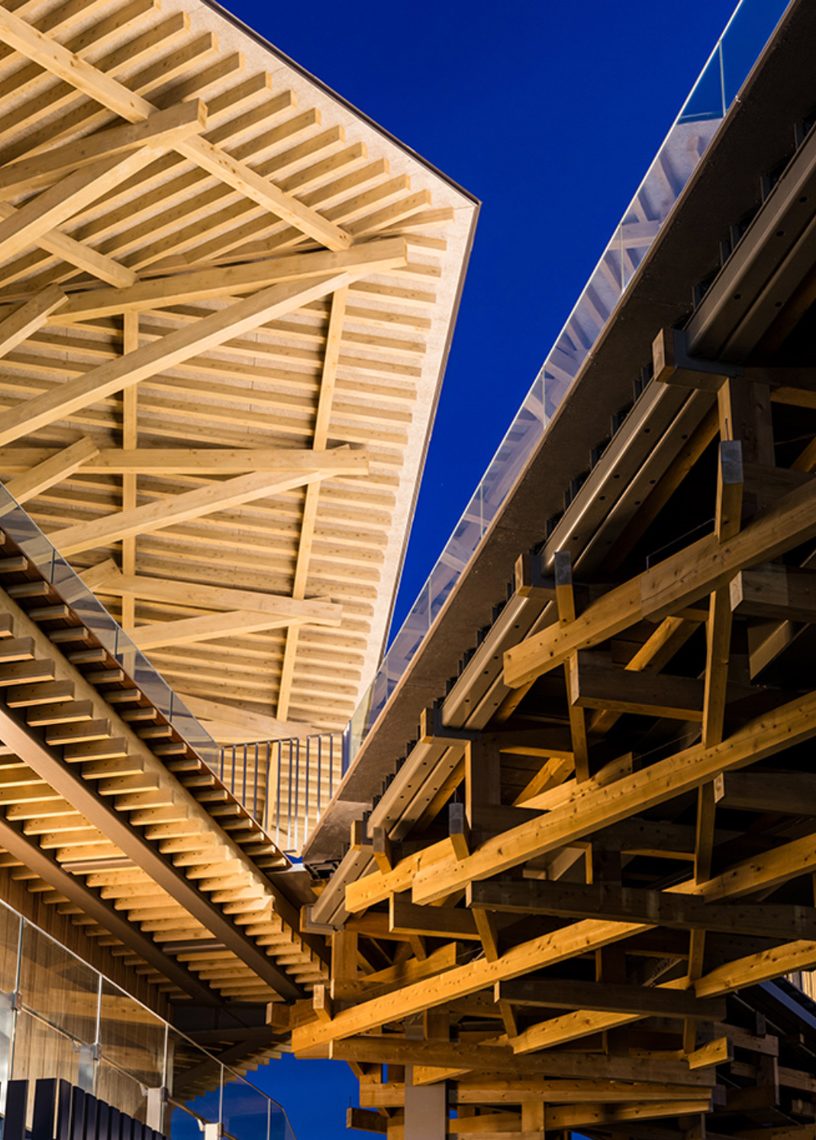