Japanese architect Kengo Kuma has used an ancient East Asian landscaping principle to inform the design of this house outside Portland, Oregon. 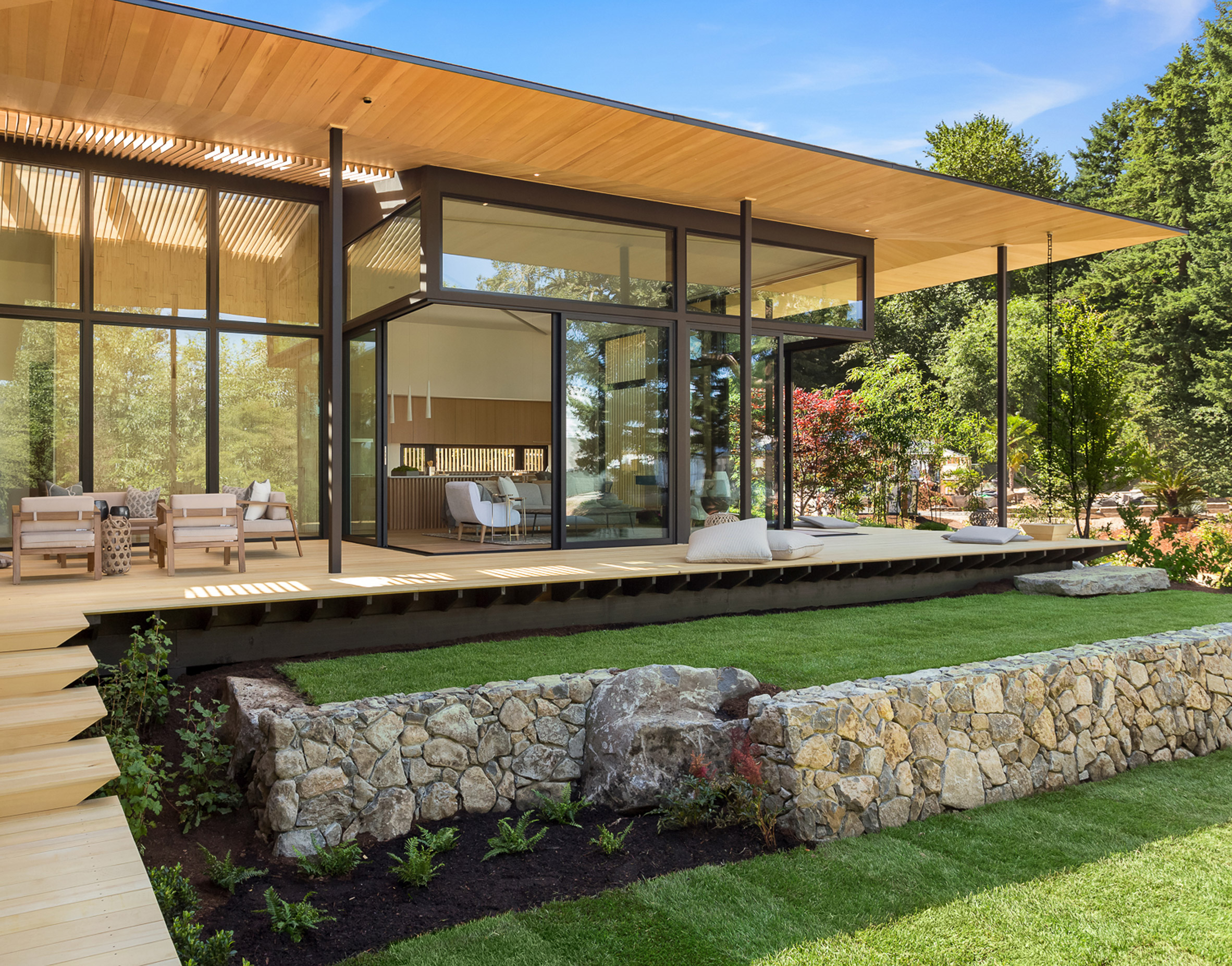 Kuma designed the concept house for Japanese builder Suteki, which constructed the residence as part of this year’s NW Natural Street of Dreams. 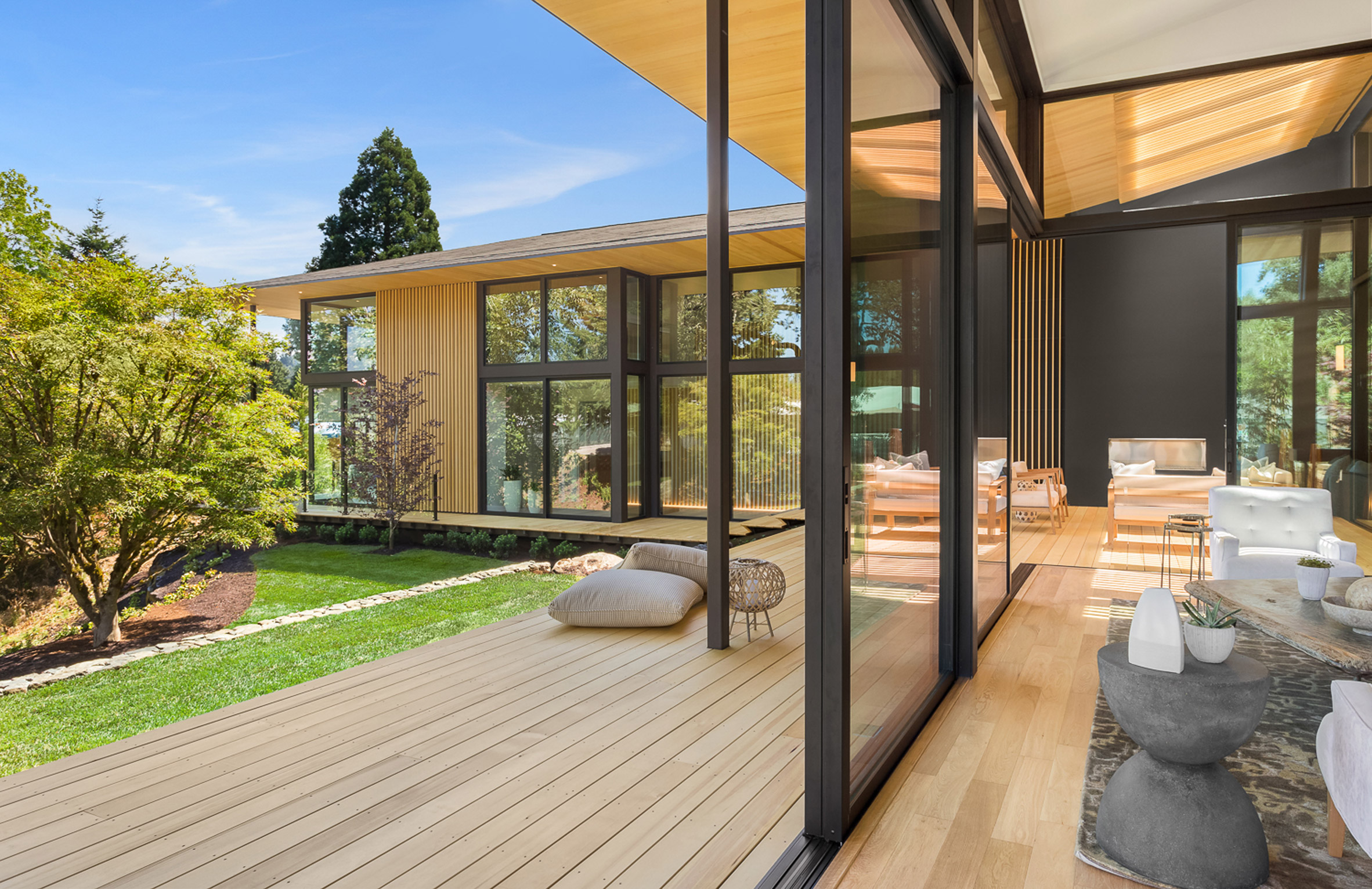 The project in the leafy Happy Valley neighbourhood, southeast of Downtown Portland, sees five builders each year produce a prototype that demonstrates their vision for living. 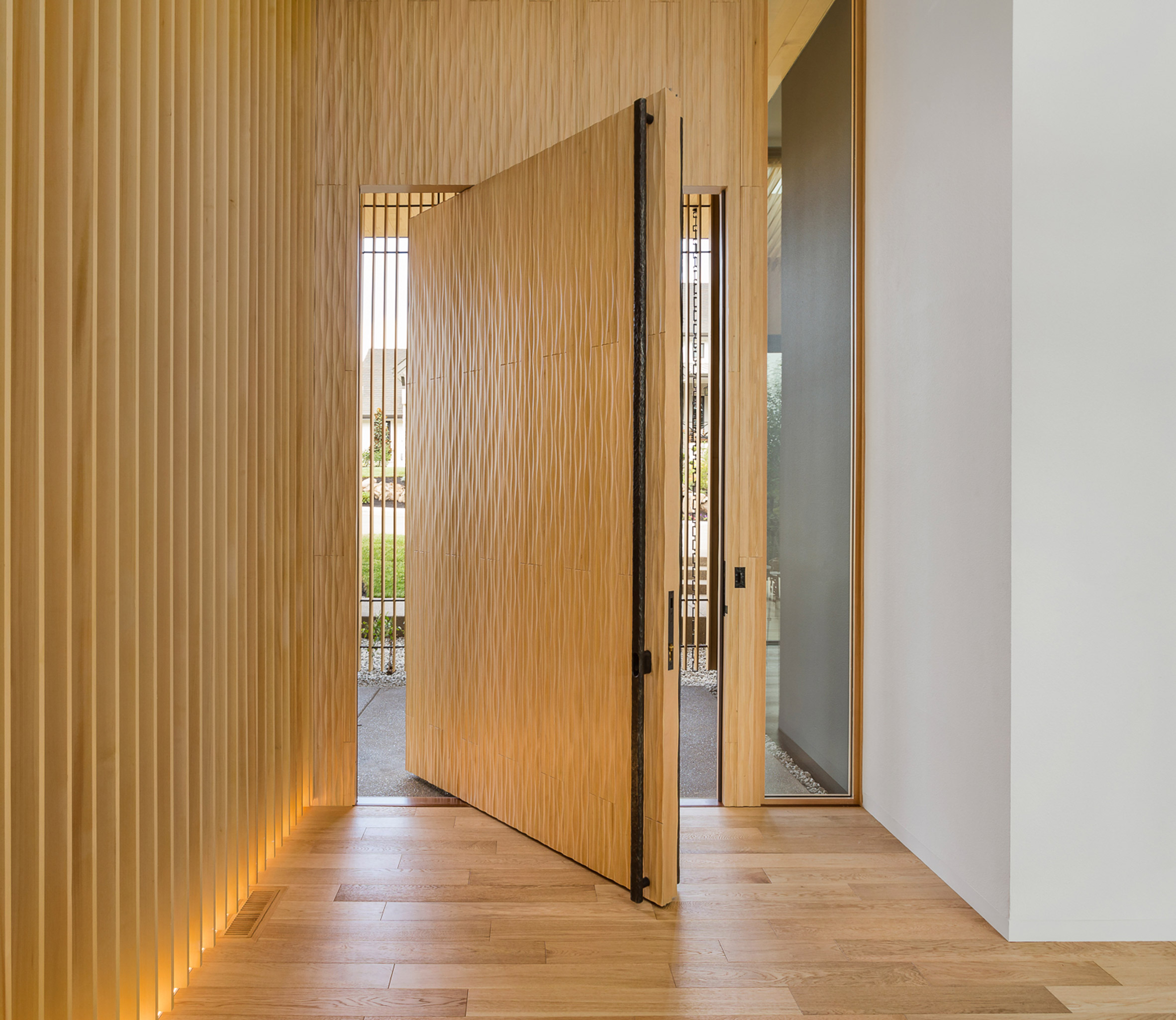 Kuma’s design is based around the principle of shakkei – translated as “borrowed scenery”. This involves using elements of the natural landscape both near and far to complement and enhance the architecture, and vice versa. Dating back to the 17th century, the principle was adopted in the 1960s by modernist architects – particularly in Japan – as a way to create continuity between indoor and outdoor spaces. 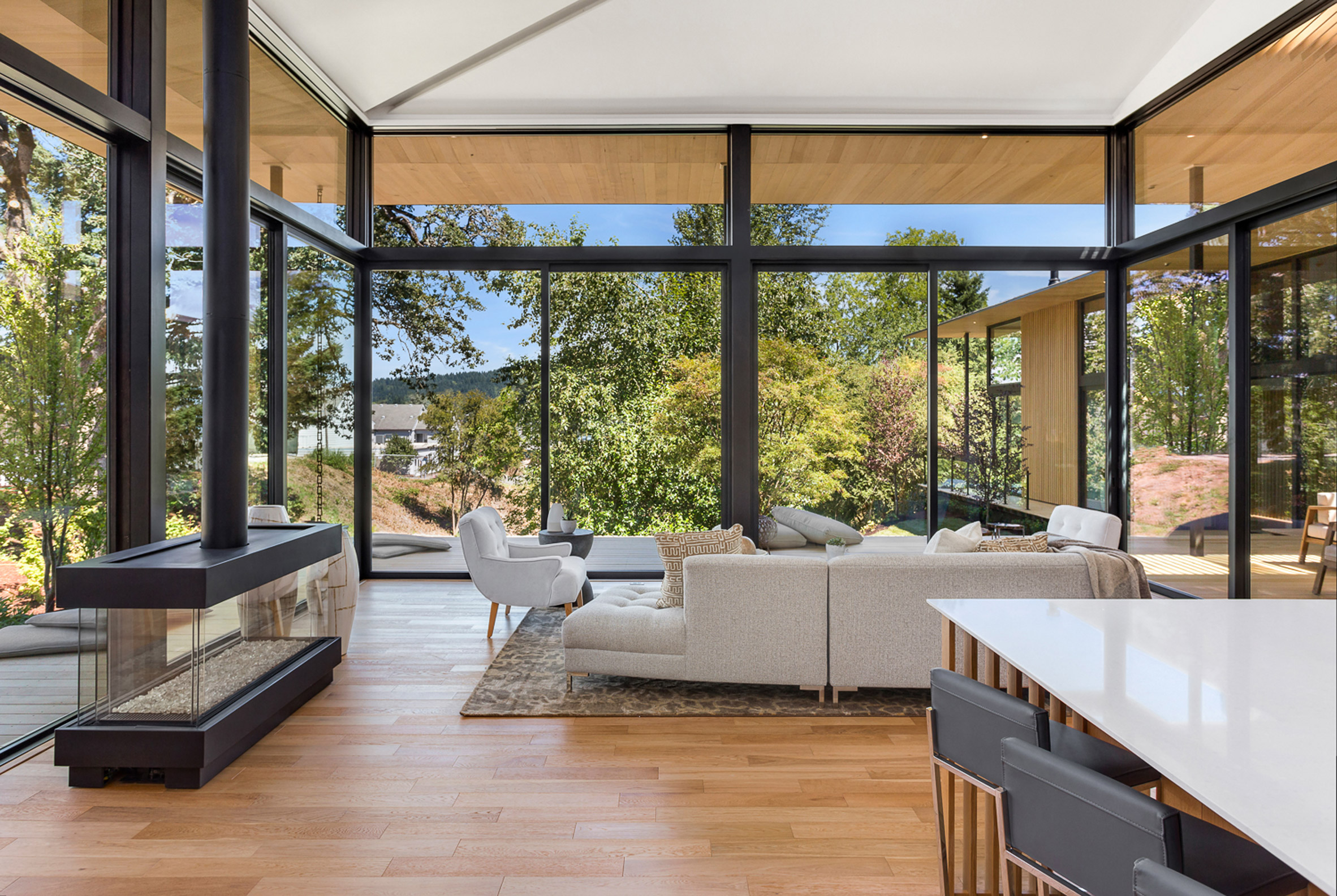 Kuma took elements like giant oak and sequoia trees, and a stream running alongside the property, to inform the orientation and layout of the house. He also considered how each would relate to the overall form of the building when viewed from the vicinity, and how each would look from various points inside. 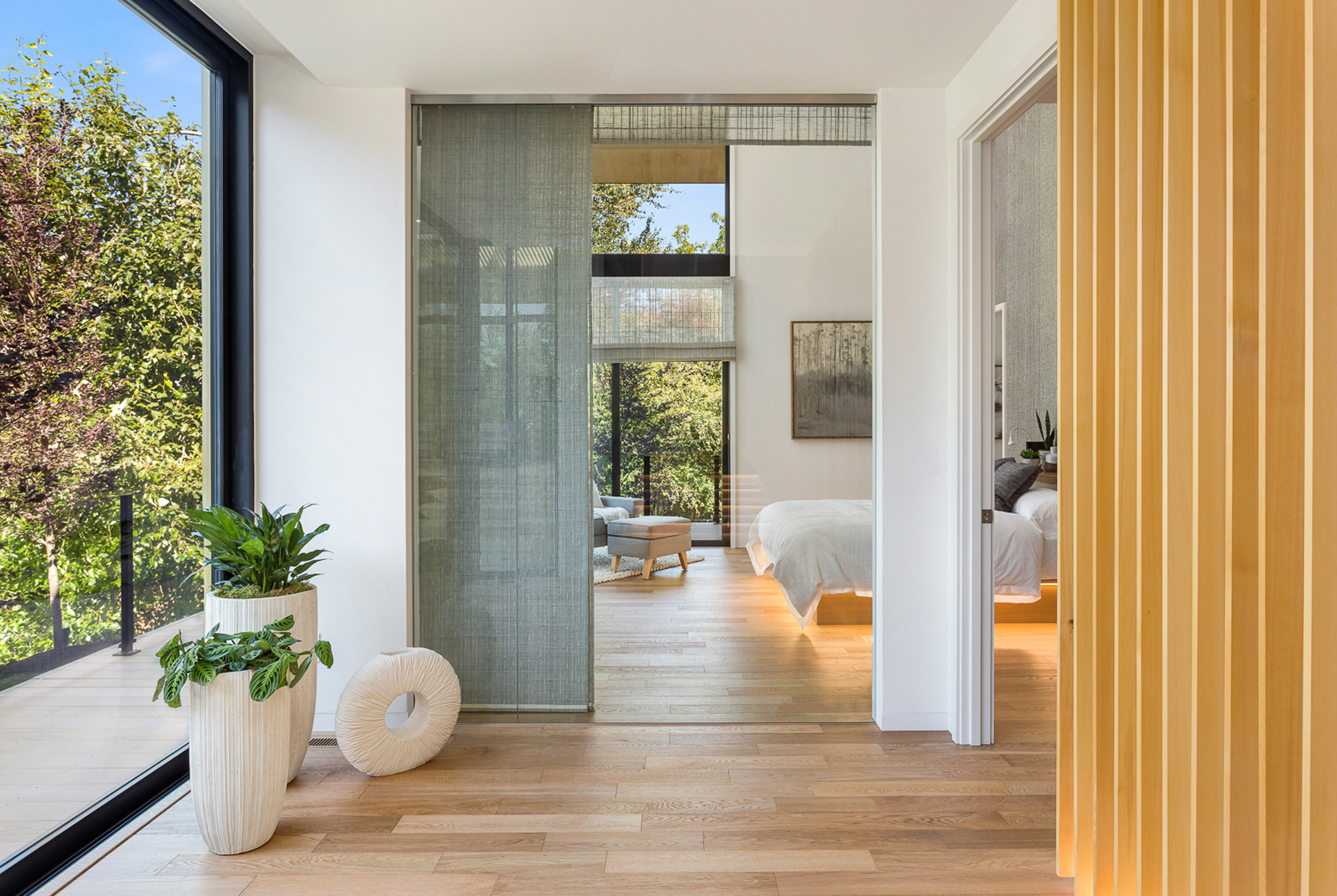 “My collaboration with Suteki is owed to our shared view of the sublimity of nature,” said Kuma. “Embracing the surroundings, insisting on natural materials, sustainability and transparency creates a space where people can experience nature more completely and intimately.” 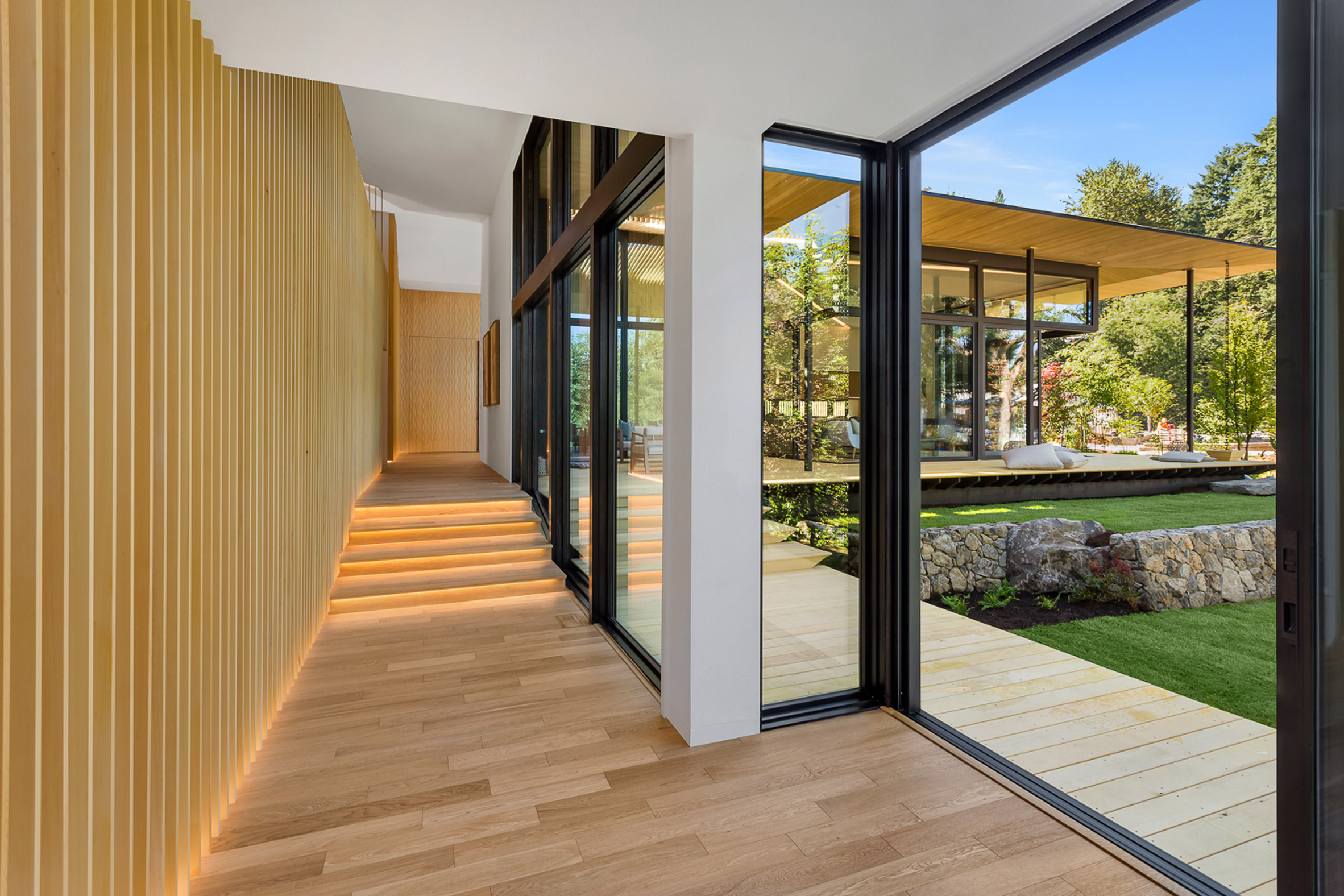 The architect recently completed the expansion of facilities at the Portland Japanese Garden, and its curator Sadafumi Uchiyama designed the landscaping around the Suteki House. His design also helps to enhance the borrowed scenery from both inside and out with sightlines and focal features. 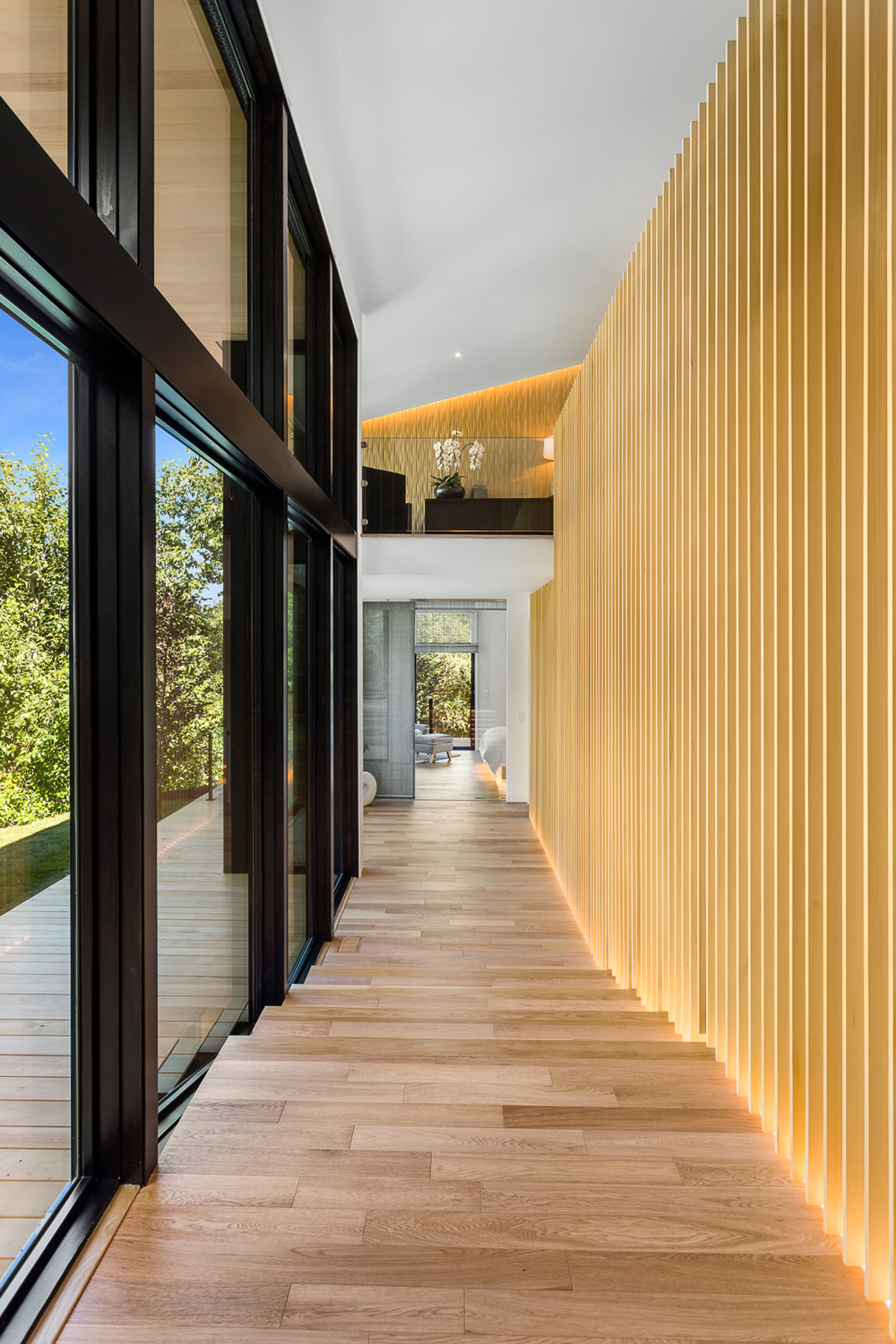 Around the garden side of the building a wooden deck known as an engawa extends from the living spaces. Deep eaves, hisashi, cover the deck so occupants can use the outdoor space in all weathers. 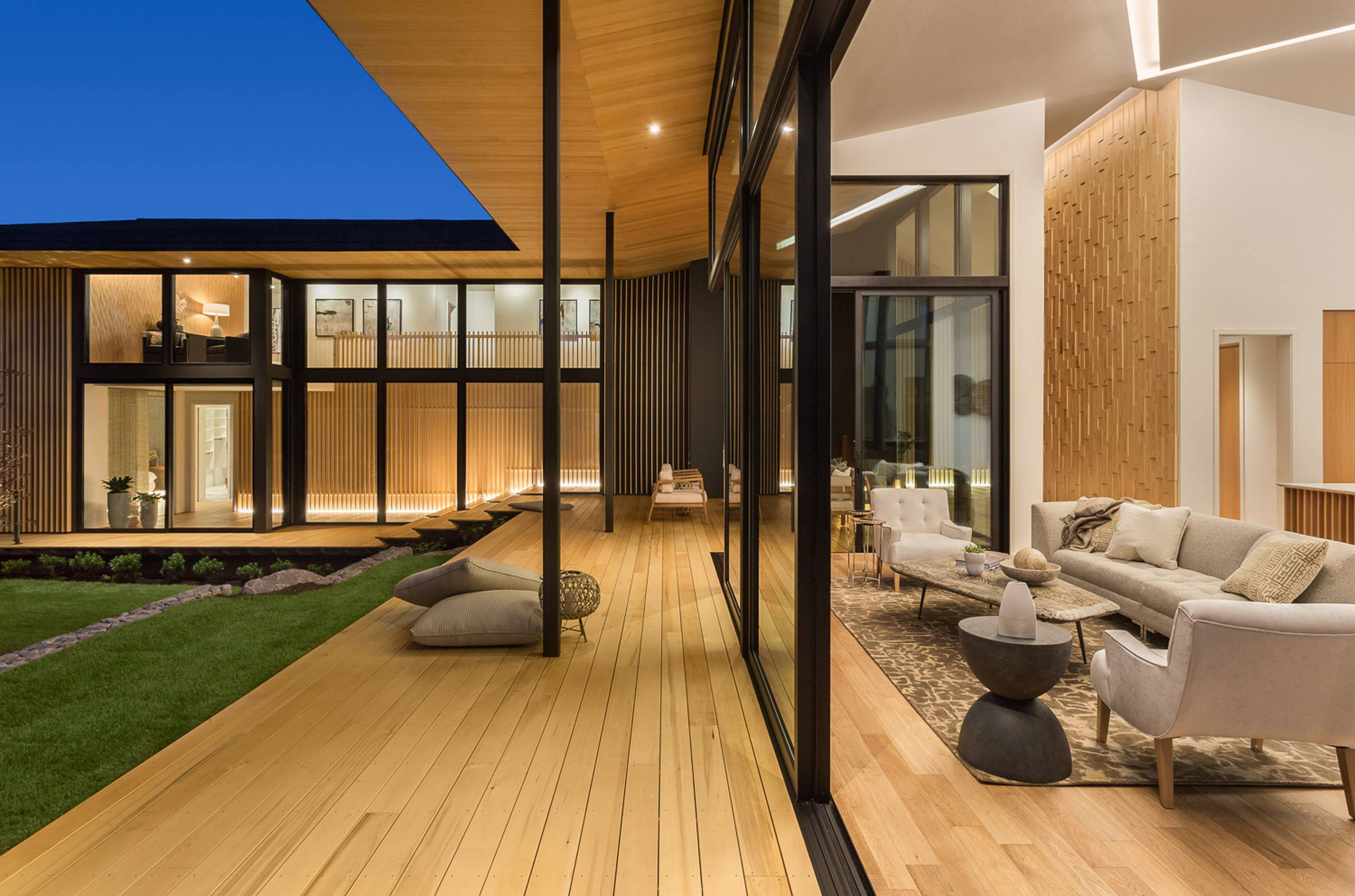 Inside the L-shaped home, a wall of vertical timber louvres forms a partition down the longer wing. Made from Alaskan yellow cedar, this screen hides a staircase up to private quarters, and matches a similar treatment on portions of the facades. 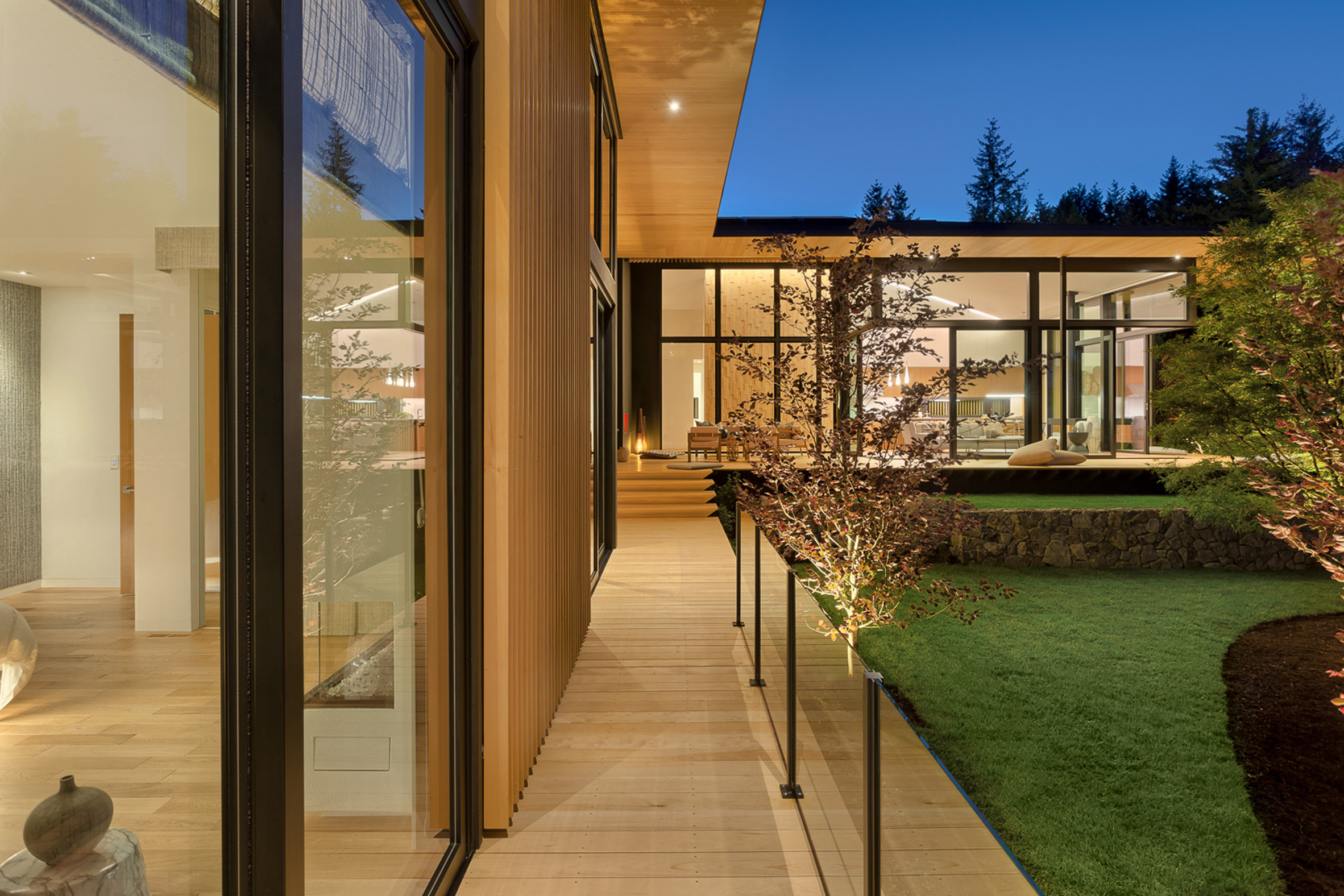 Floor-to-ceiling glass allows ample light into the living area, which has a faceted white ceiling based on origami paper folding. 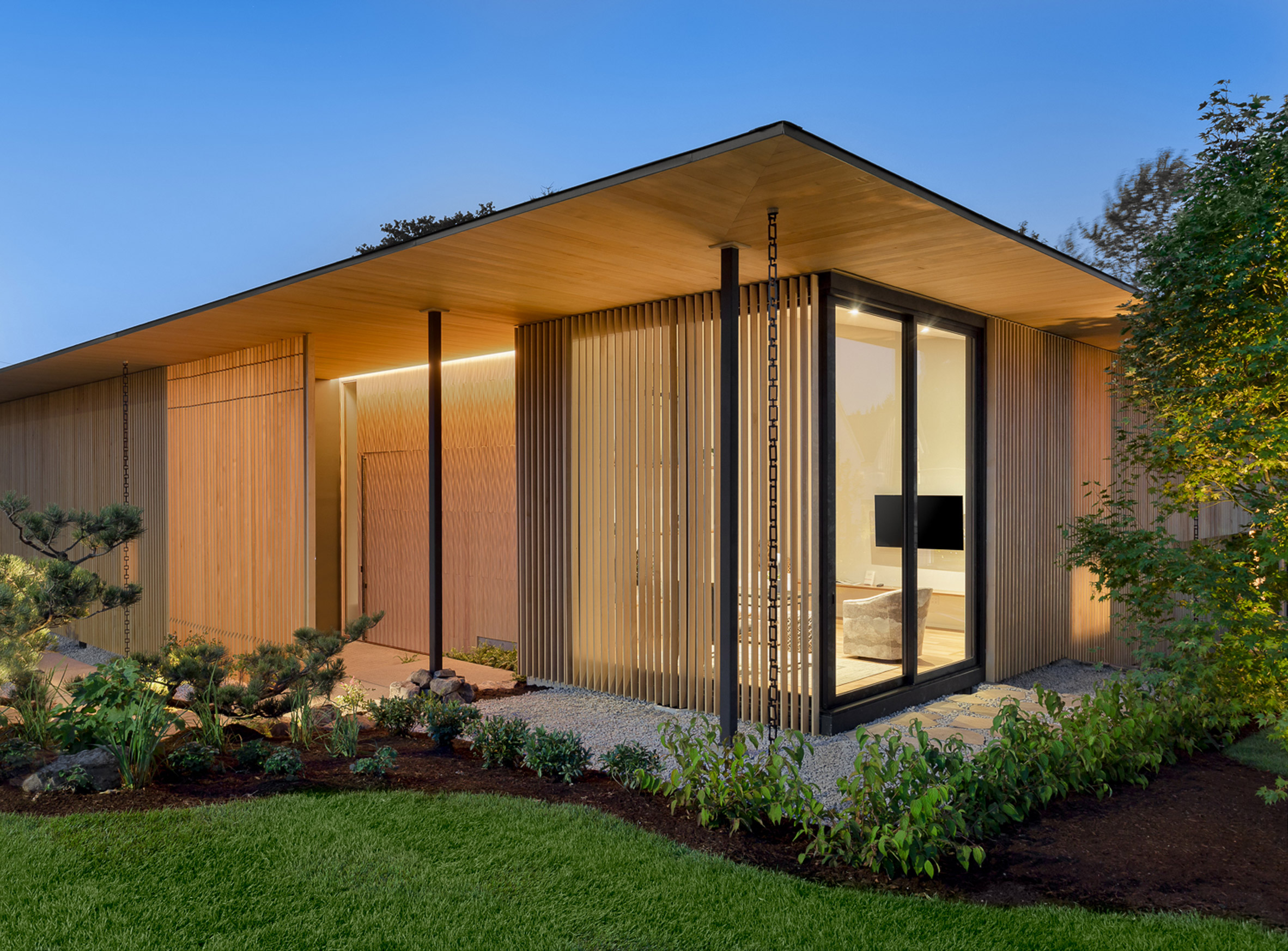 NW Natural Street of Dreams is located at the intersection of SE 129th and SE King Road, and is open to visitors from 29 July to 27 August 2017. 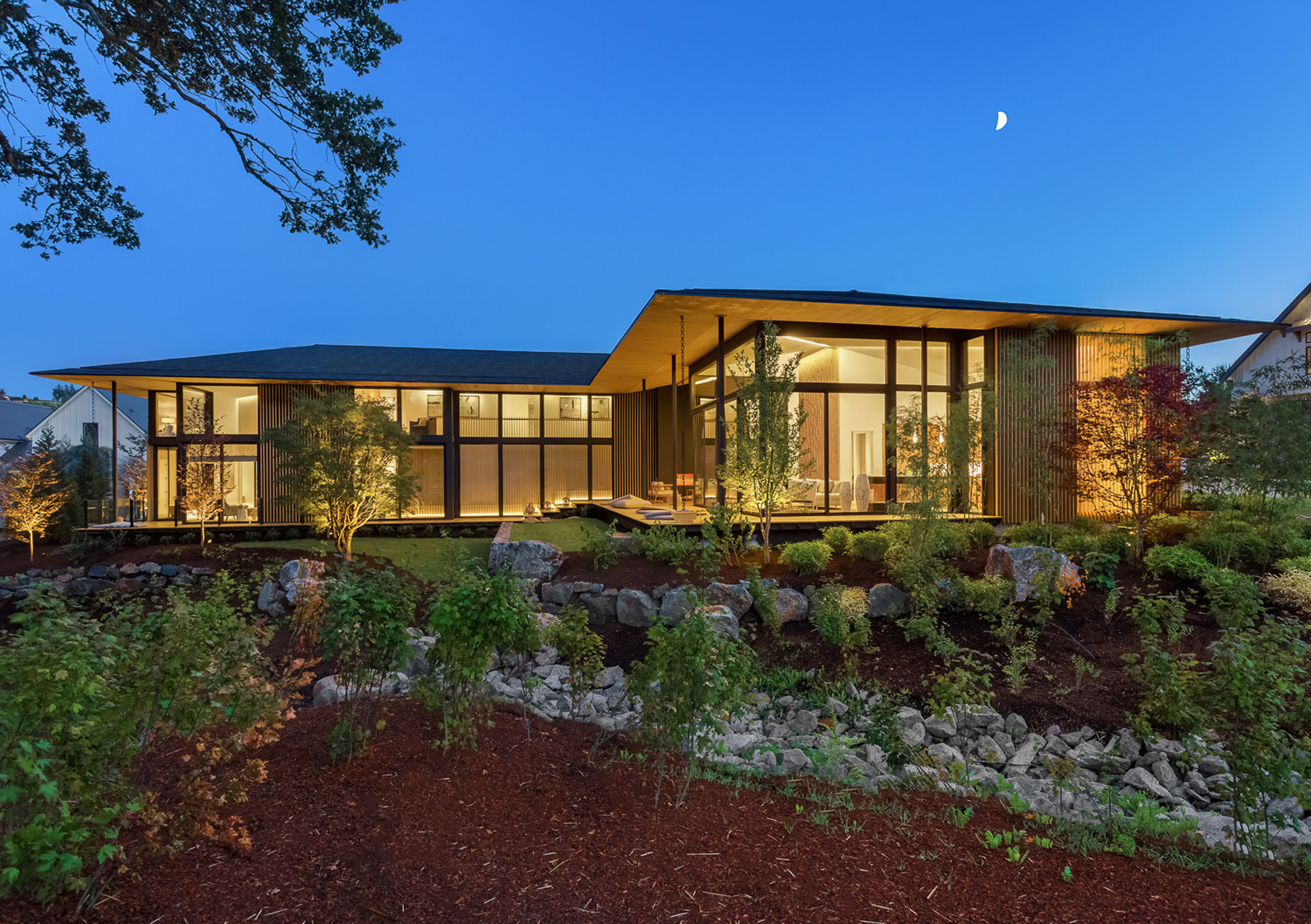 Kuma – who made the top five of last year’s Dezeen Hot List – completed his only other house in the US in 2010. He is currently working on major projects across the globe, from the 2020 Olympic Stadium in his home city Tokyo to the V&A museum in Dundee. 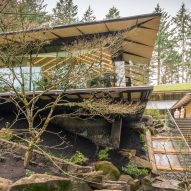