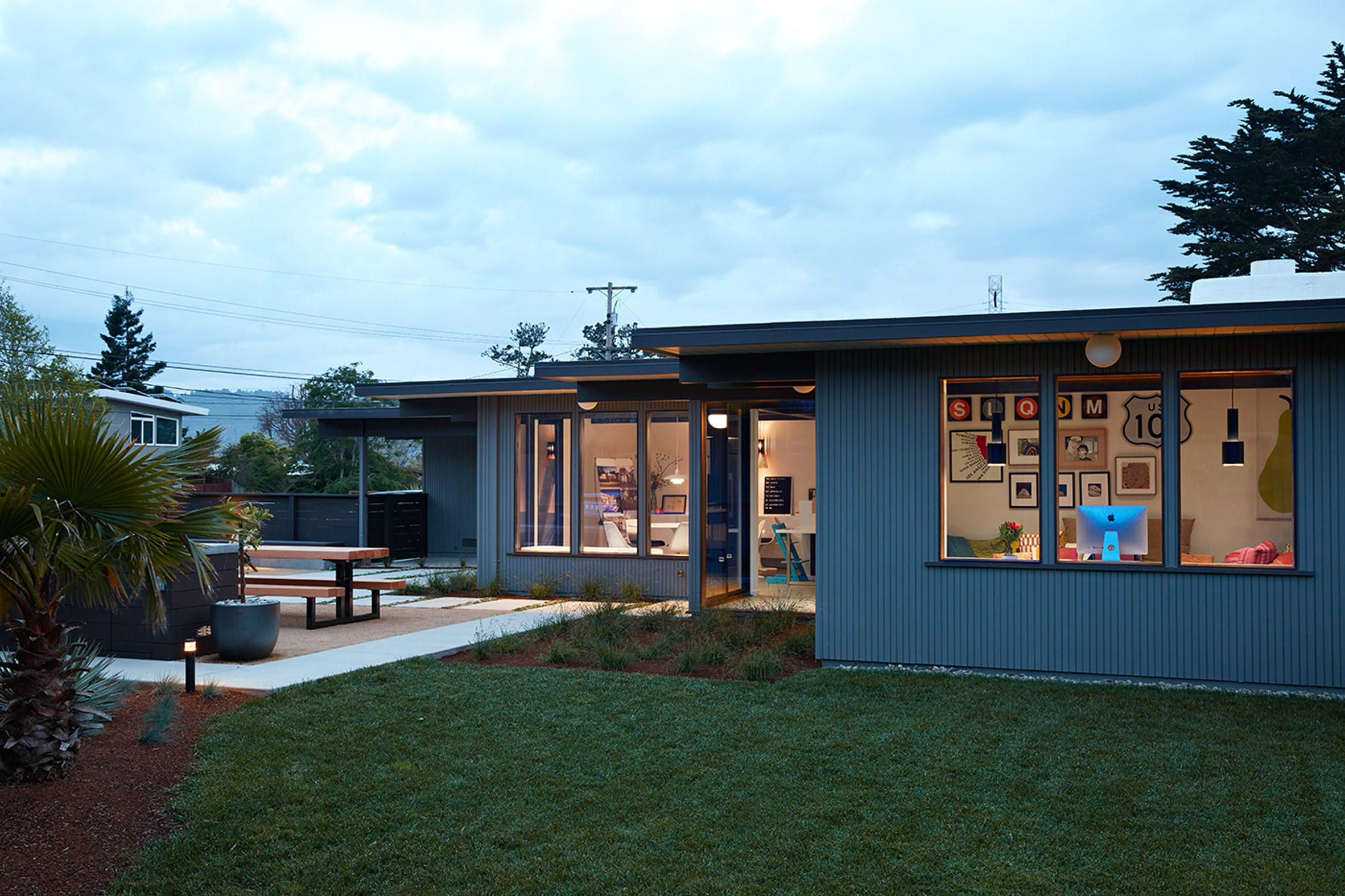 The 2,285-square-foot (212-square-metre) dwelling is located in the San Mateo Highlands neighbourhood, which features numerous modern homes built by Eichler in the 1950s and 1960s. Eichler, who died in 1974, is credited for introducing modern-style housing subdivisions to America. 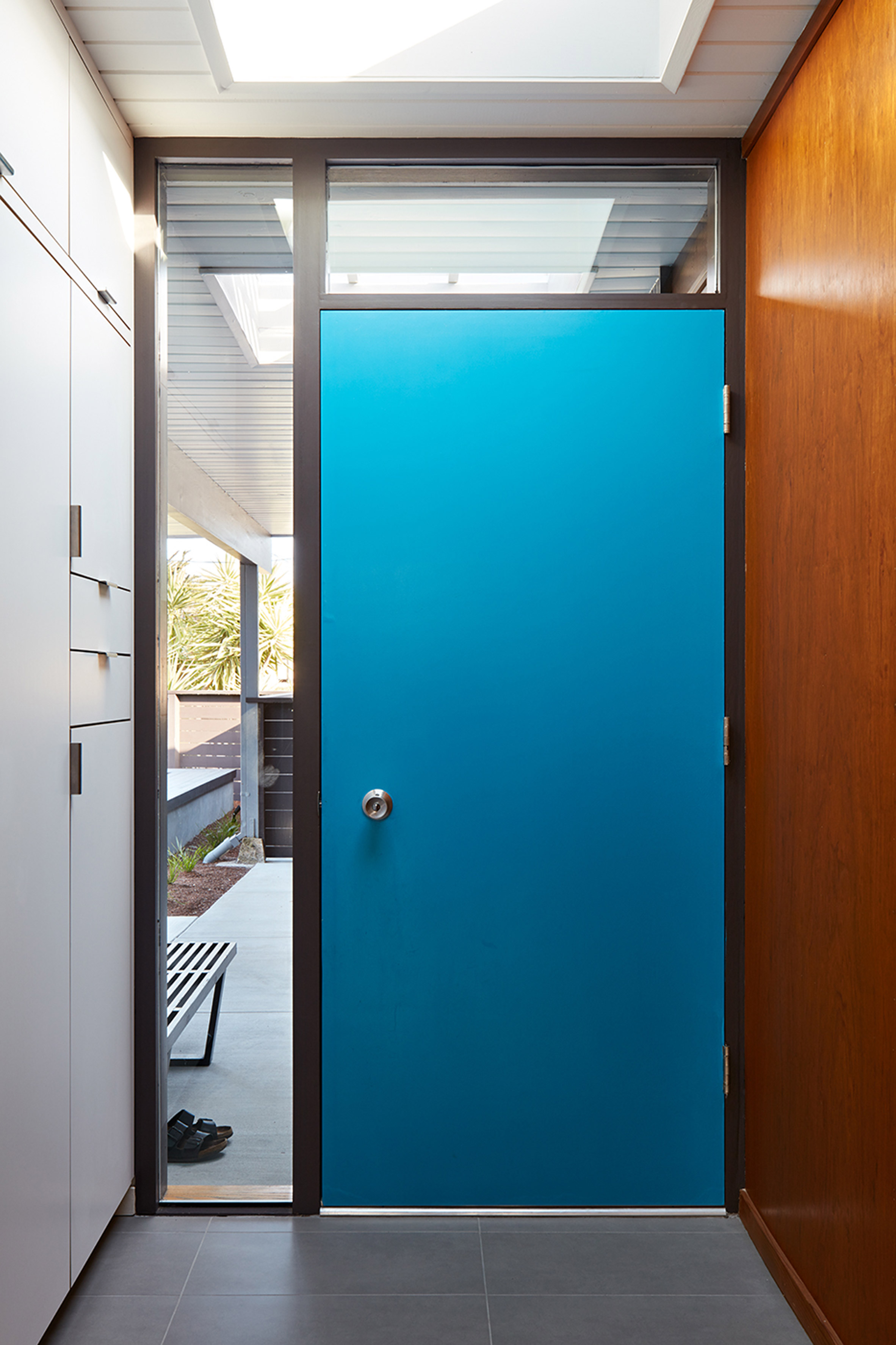 The project, called the Mid-Mod Eichler Addition Remodel, was commissioned by a young couple with two small children, who had a strong appreciation for Eichler homes. 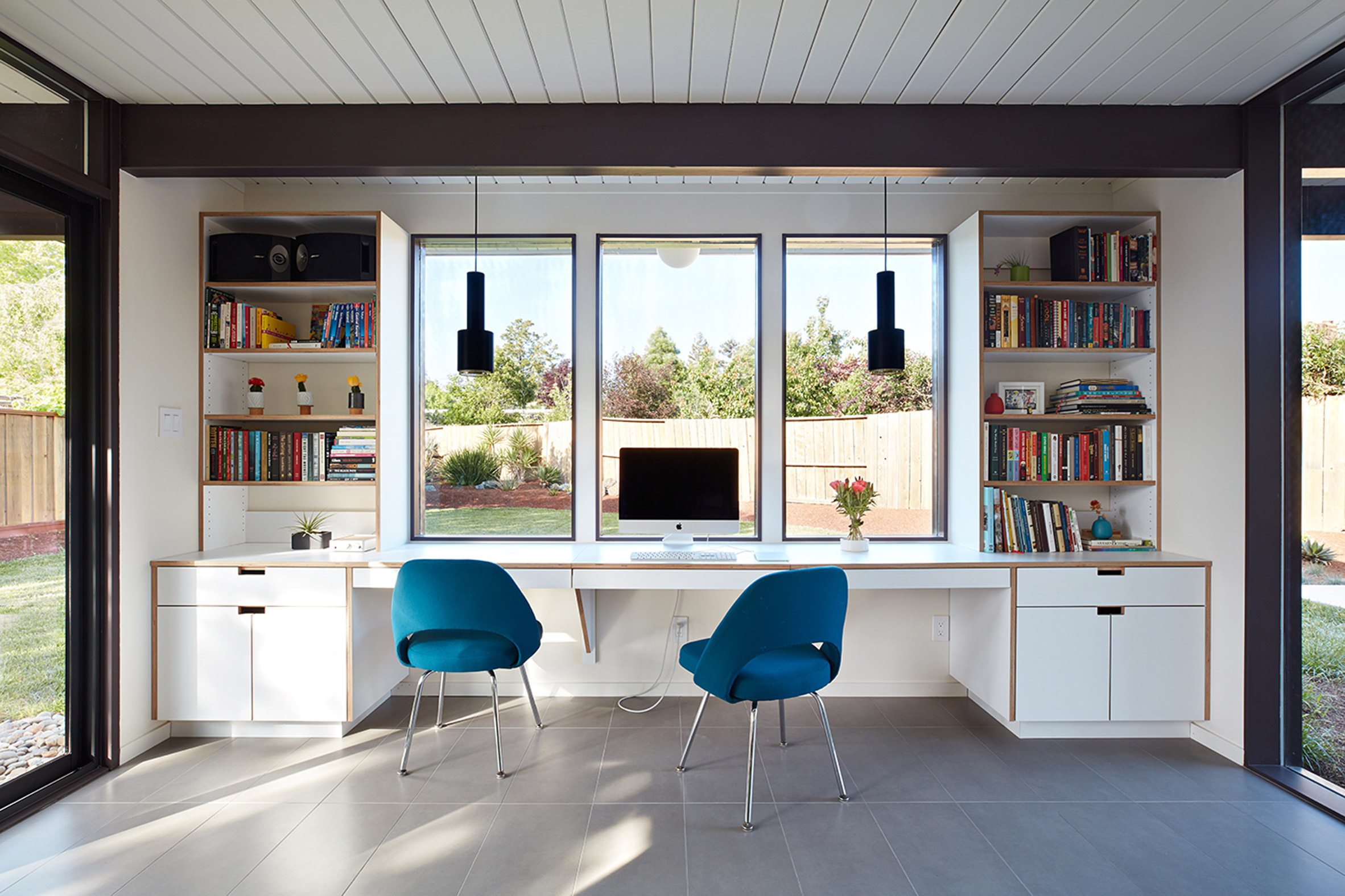 “They are minimalists with a modernist’s eye who, along with their tasteful modernist art objects and furniture, were looking for an updated and upgraded modernist home,” said San Francisco-based Klopf Architecture, who worked on the project in collaboration with Outer Space Landscape Architects and Coast to Coast Construction.

“The goals were to maintain the Eichler style while bringing in high quality, more current materials and updating what was already there.” 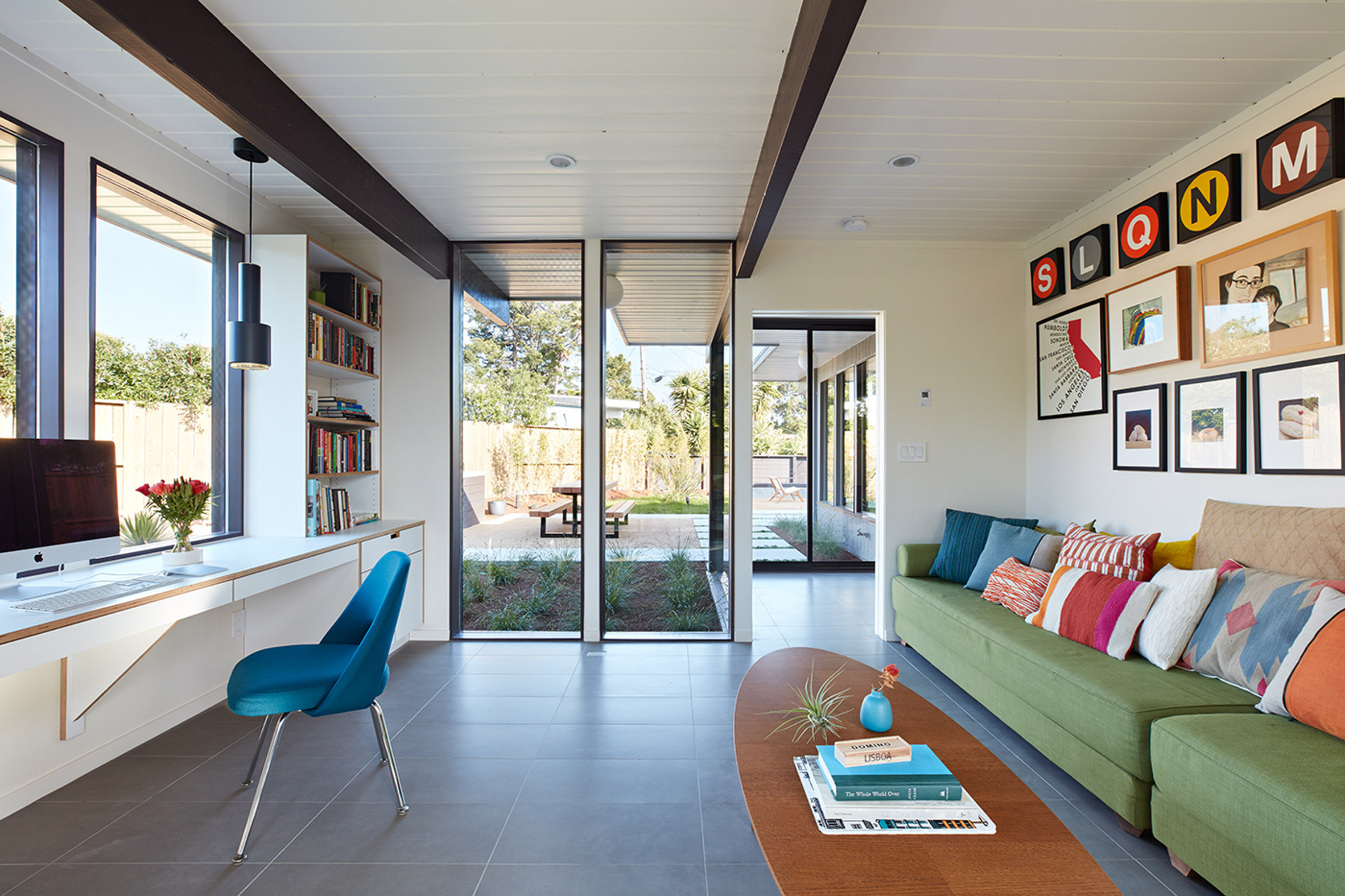 Situated on an irregular wedge-shaped lot, the low-lying house totalled 1,880 square feet (175 square metres). To make it a big larger, the team created an addition that extends into the home’s side yard, and contains an office and guest room. 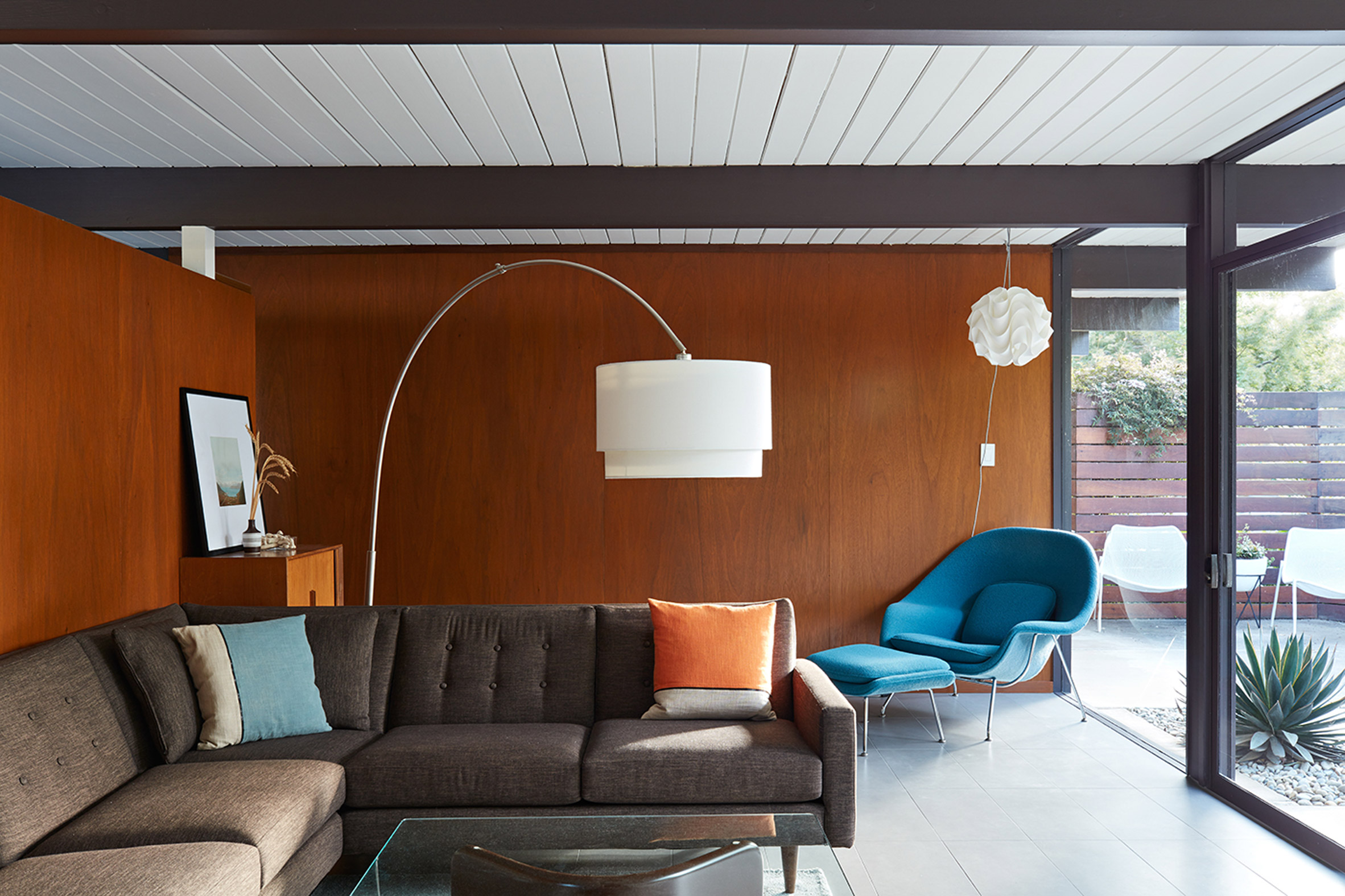 “The addition needed to be transparent so it would not appear massive and take up the side yard,” the team said. 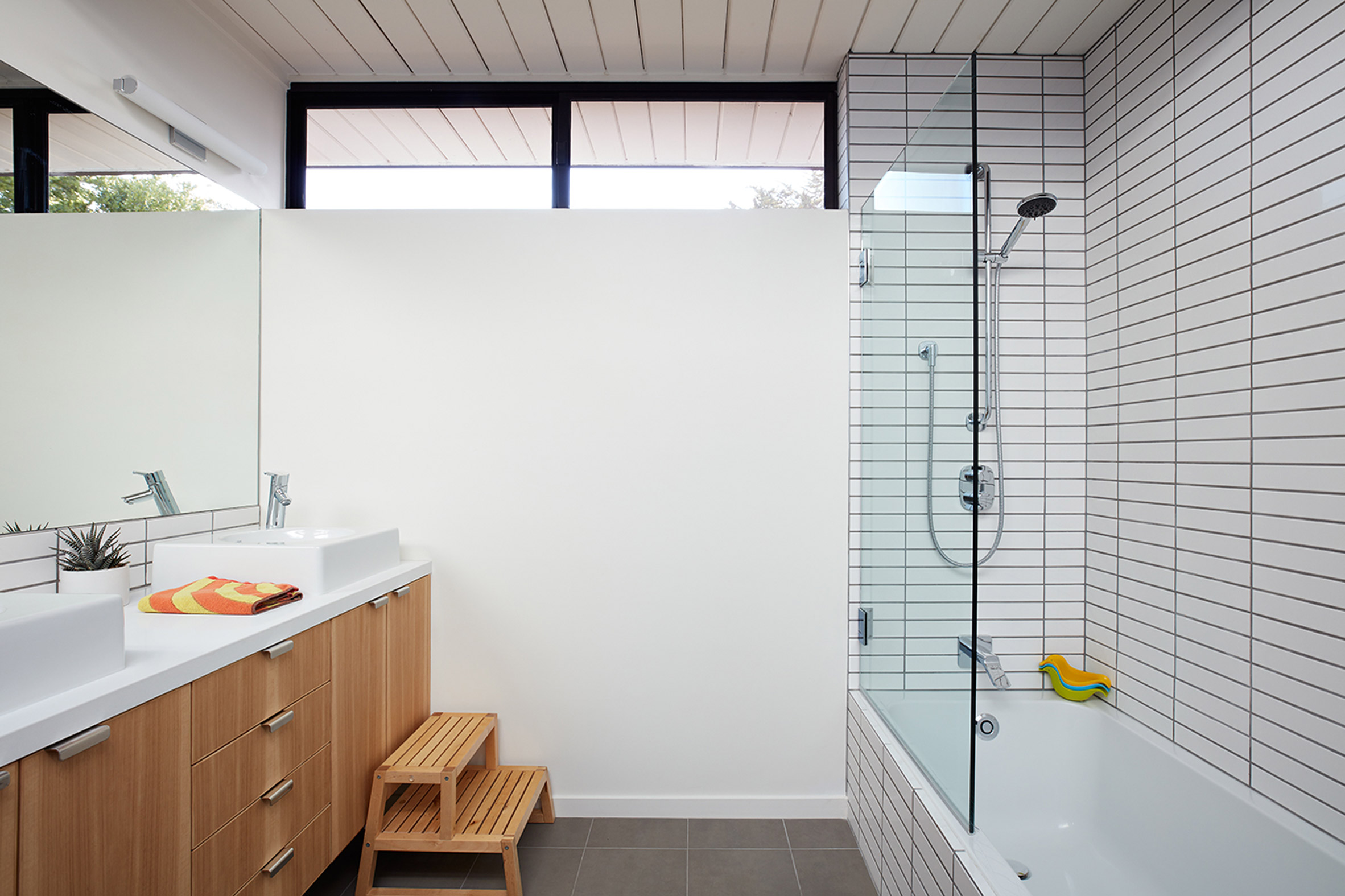 Various modifications were made to the existing parts of the home. Bathrooms, storage areas and the entry zone were enlarged, and new ceramic tile flooring was installed. A new radiant floor heating system was put in place, replacing the former one, which was leaking.

The team was able to retain most of the home’s original mahogany panelling, which was re-stained to bring out the richness of the timber. Damaged panels that were beyond repair were replaced.

The project also entailed updates to exterior spaces, including a new barbecue area, a fire pit with seating and drought-tolerant plants. The home’s original plywood siding was retained and refreshed. 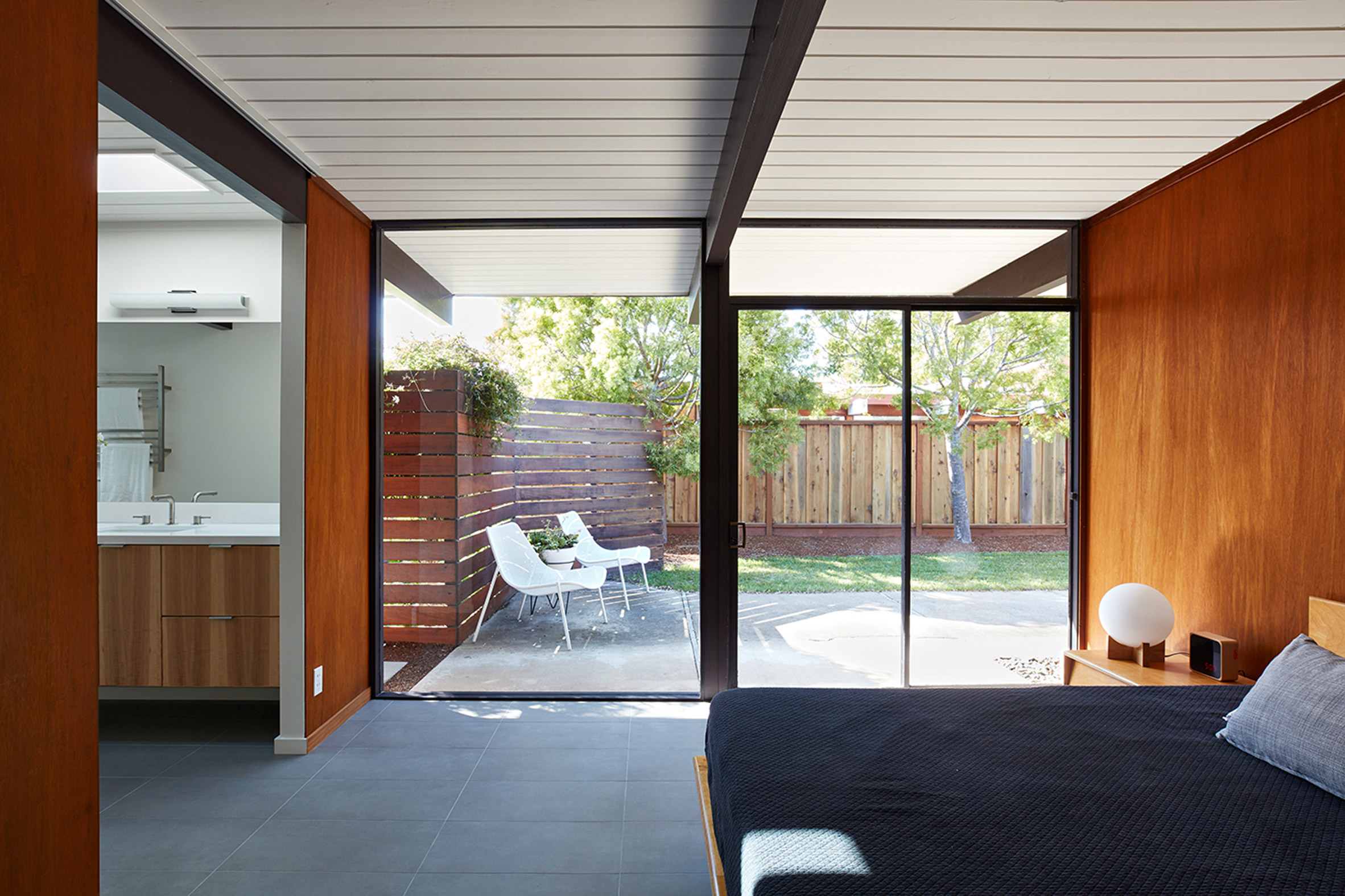 Between 1949 and 1966, Eichler built over 10,000 modern-style dwellings for the middle class in California. Klopf Architecture has renovated dozens of Eichler homes, including one in the nearby town of Mountainview, while architecture firm Michael Hennessey recently refreshed a 1965 Eichler house in San Francisco’s Diamond Heights neighbourhood.

Photography is by Mariko Reed. 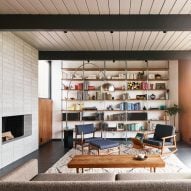