Sheets of corrugated steel envelop the upper storey of this house and studio for a photographer in Japan’s Shiga prefecture, which was designed by local architect Kouichi Kimura to feature an interior that makes dramatic play of light and shadow. 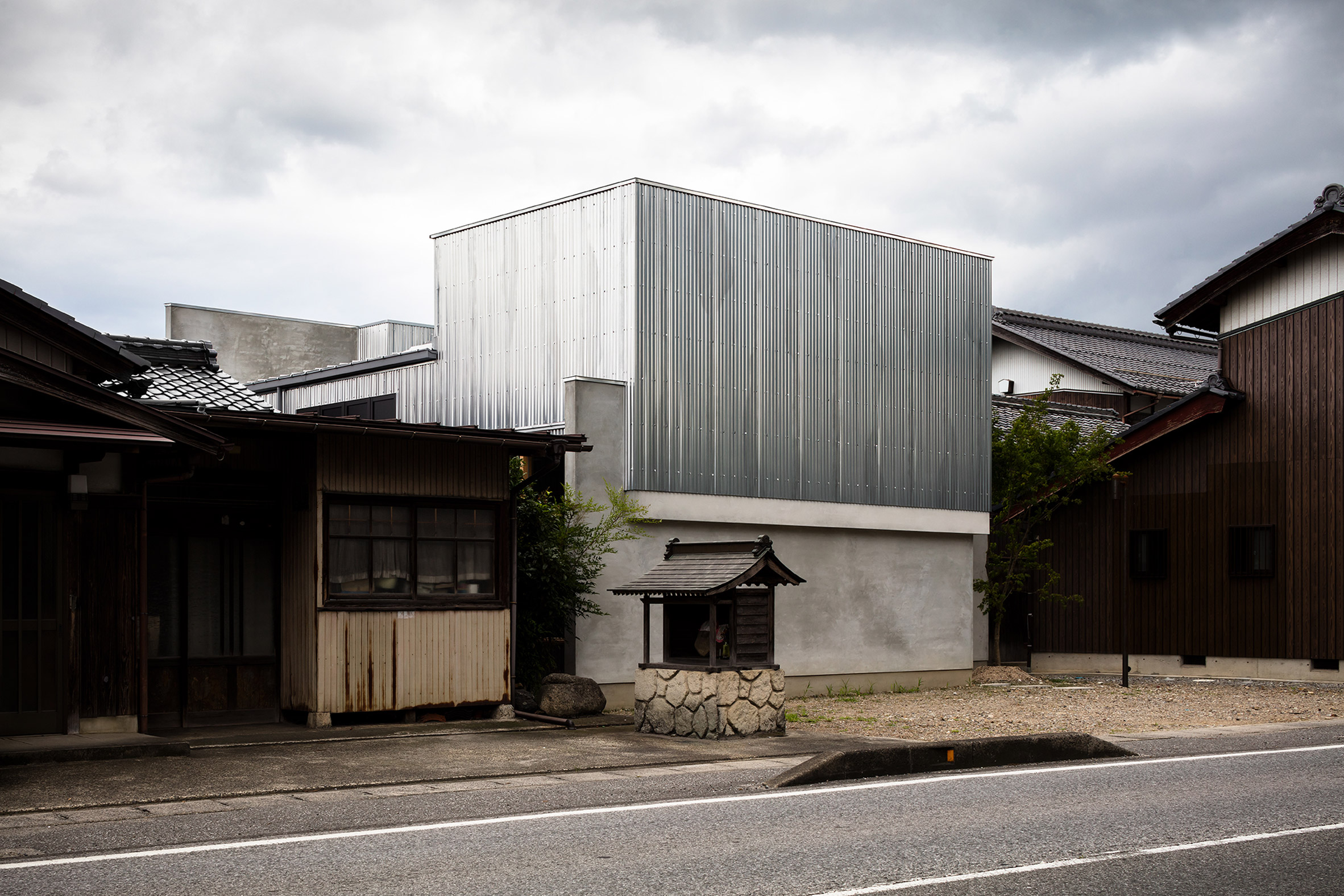 Kimura, of Japanese studio Form, designed the project called House for a Photographer as a live-in studio.

Located on a countryside road, and opposite the entrance to the village shrine, the 170-square-metre building is arranged as a series of spaces framed by its stacked-box formation. The ground floor is dominated by a large atelier, which doubles as a living space. 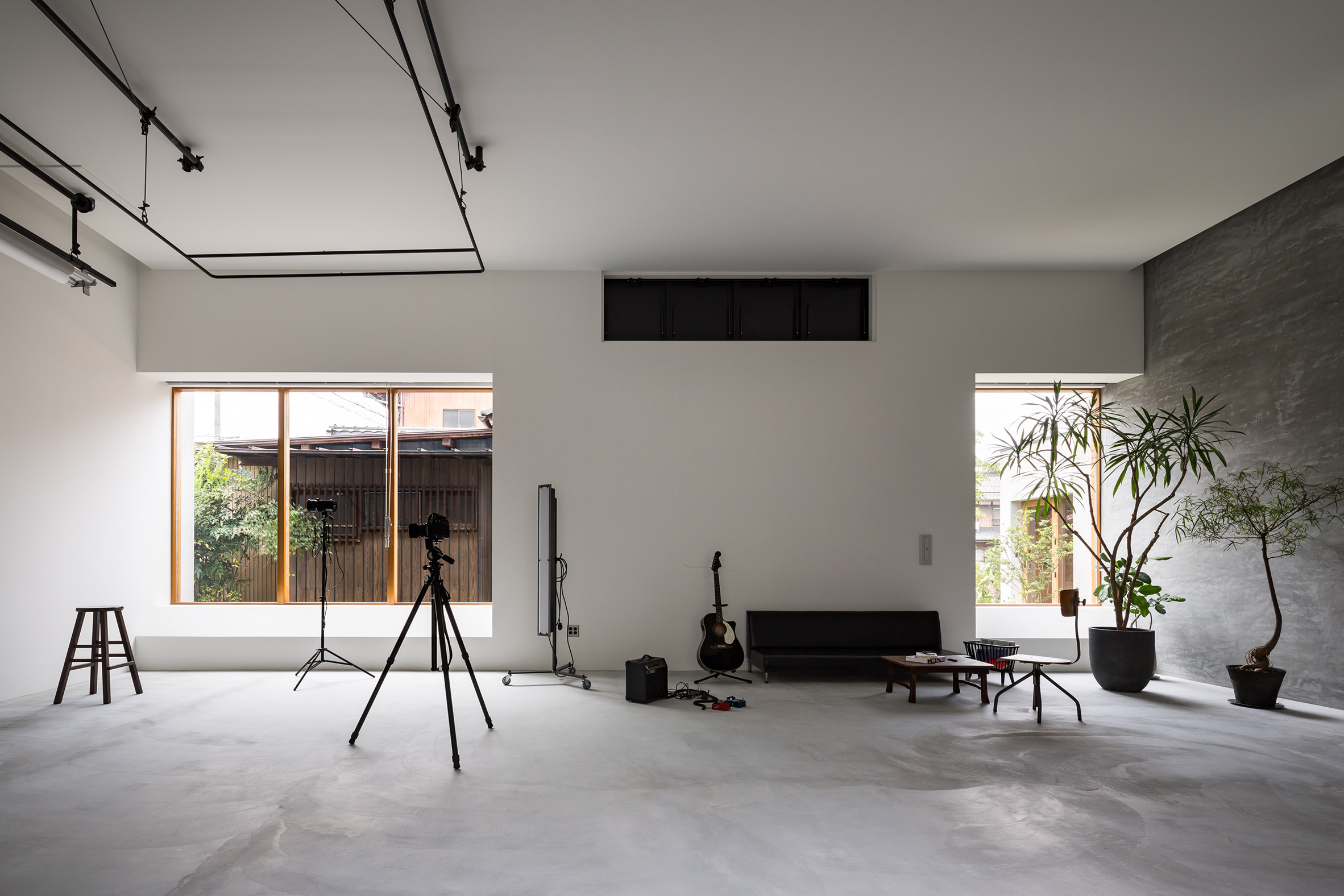 Sections of wall protrude around windows to cast deliberate shadows across the interior that shift throughout the day.

A dimly lit passage draws visitors from the entrance towards the main body of space, which by contrast appears vast and filled with natural light. 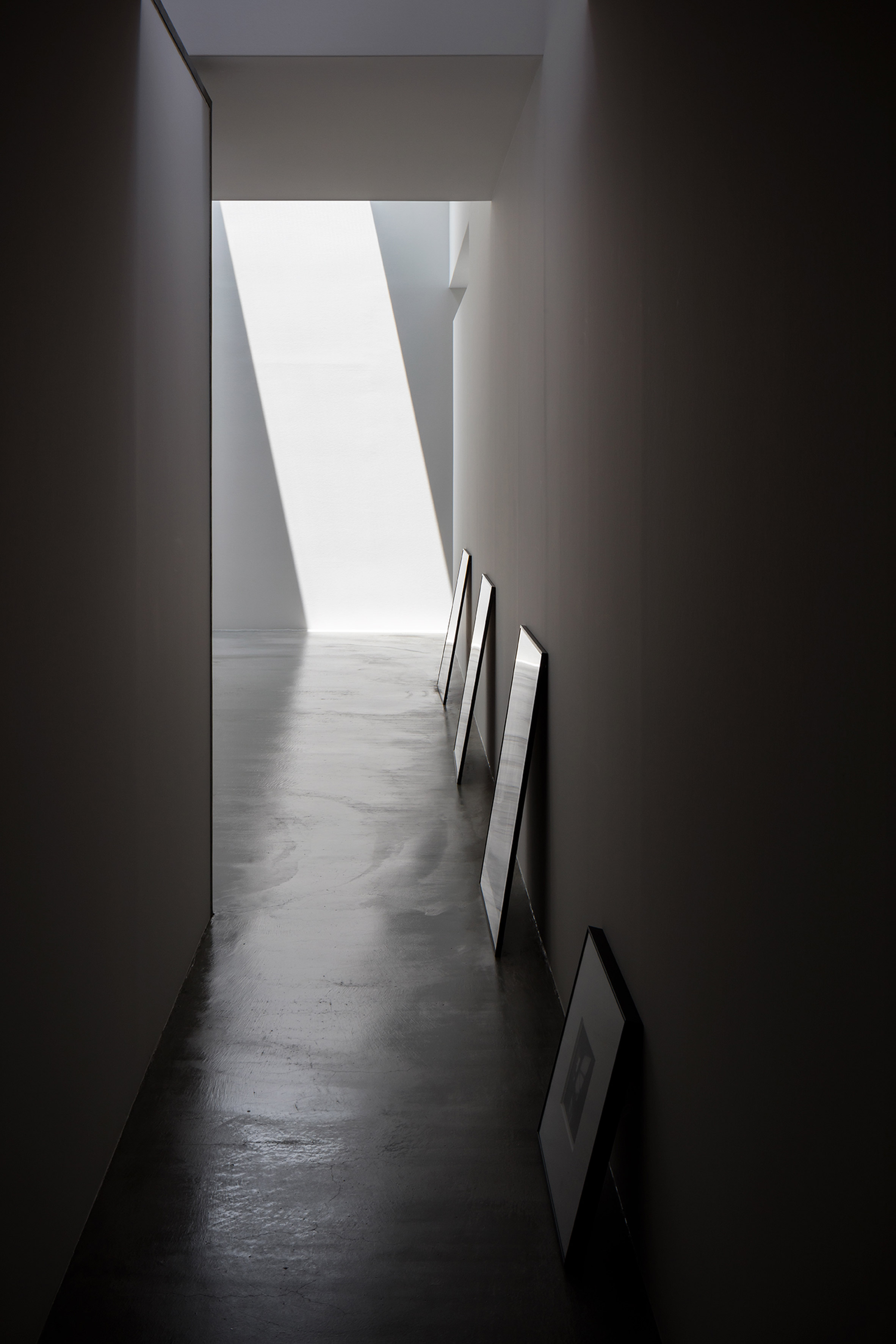 At the end of a gallery area illuminated by a deep-set skylight, further narrow hallways lead to the main living and studio area, and to a small wood-lined lounge.

“Light and shadow are important to both the photographer and the architect. I felt that a theme with this as the common point could be interesting,” Kimura told Dezeen. 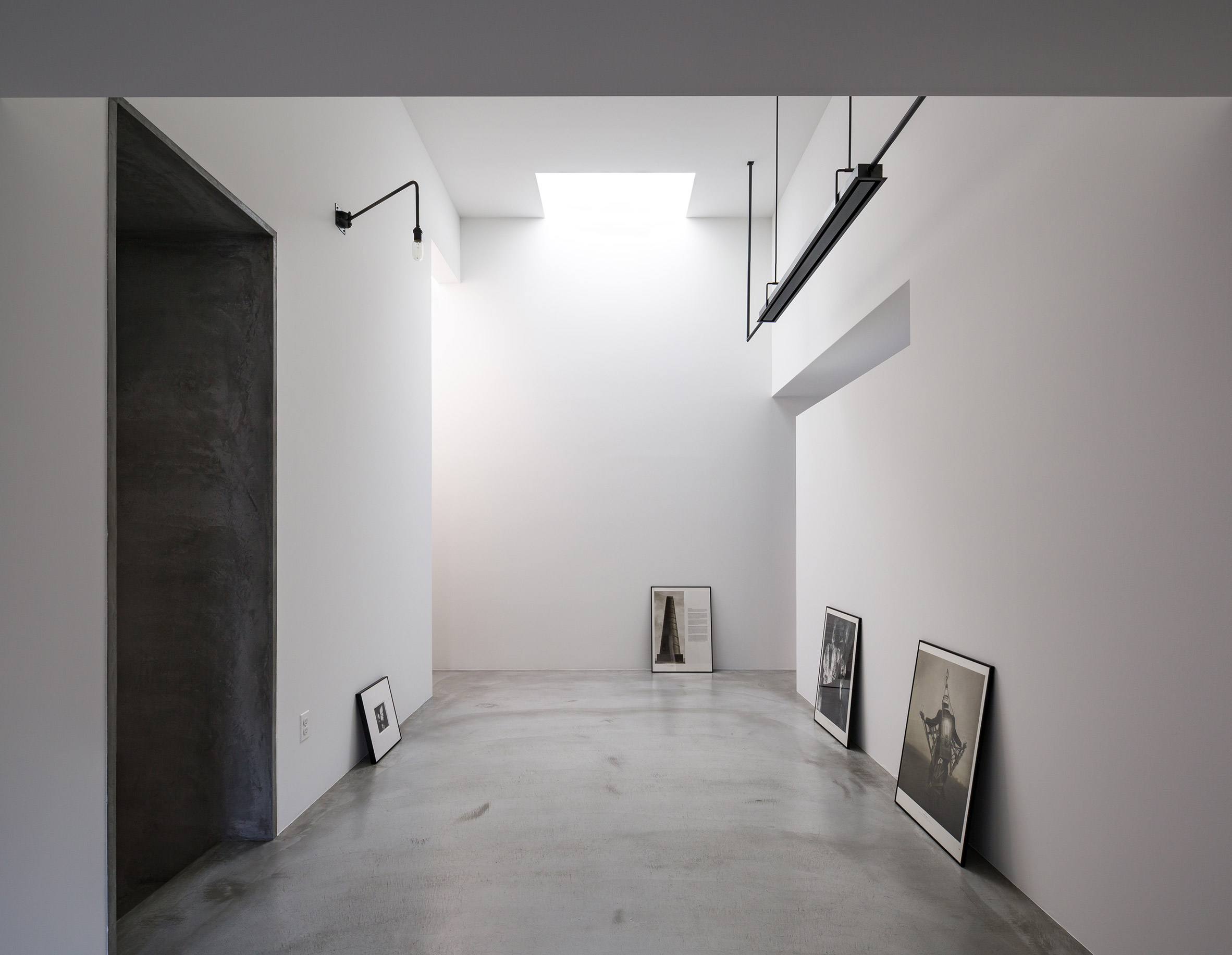 “The client requested that I unite the studio where he works and his living space. Instead of segmenting the space by function, I came up with an optimum plan by clarifying how the resident wants to live.”

Accessed via a door in the hallway, the atelier has a smooth polished grey floor, white plaster walls and a large set of sliding steel shutters that give access to a narrow patio outside. 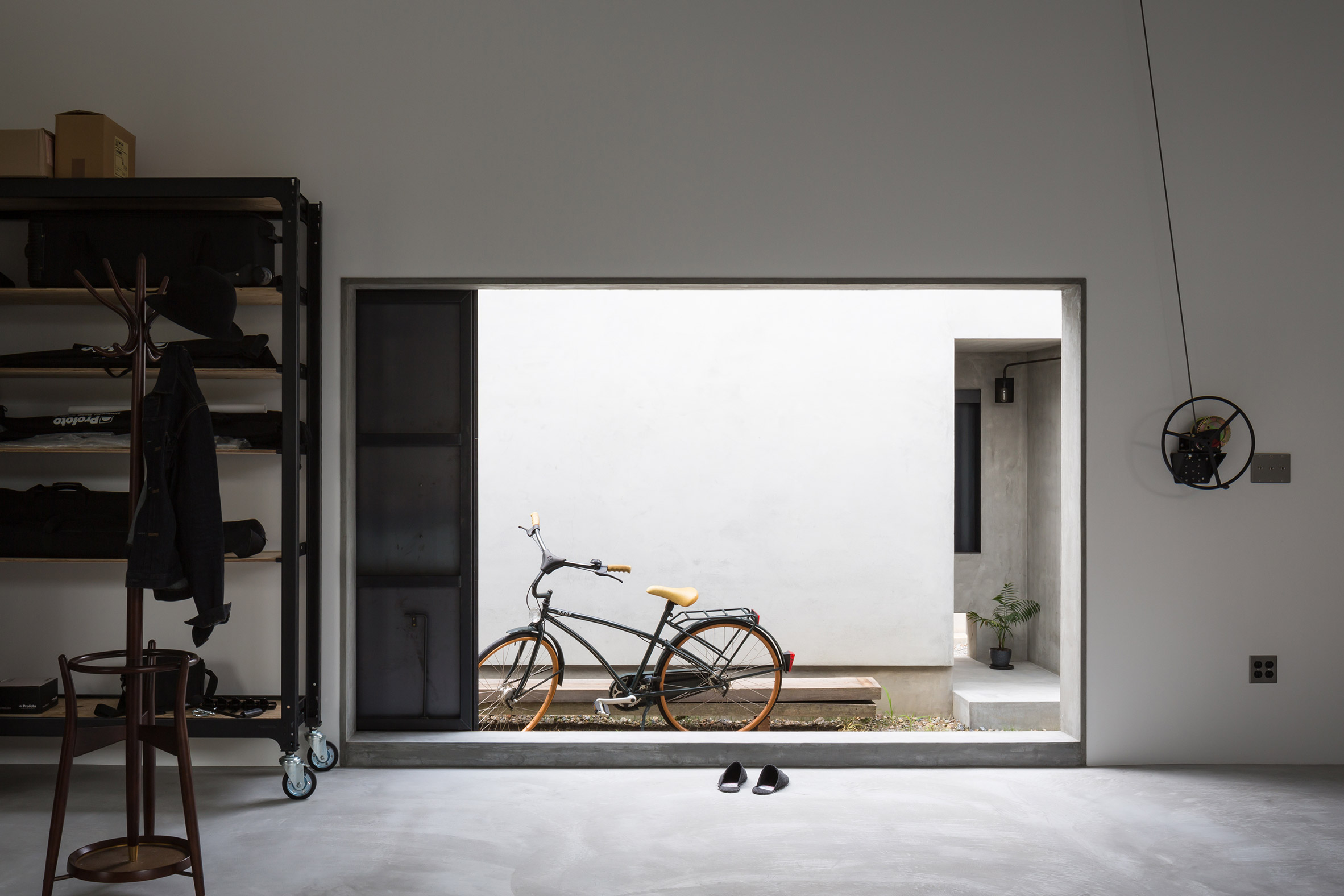 The room, designed to operate both as a living space and a photography studio, is equipped with wooden-framed windows that let in plenty of daylight for shoots.

“Photo shooting equipment, vintage furniture, musical instrument and artworks are placed here and there, blending in with the space,” said the architect.

“It acts in concert with the photographer’s feeling and aesthetic and acts as the base to produce new creativity and activities.” 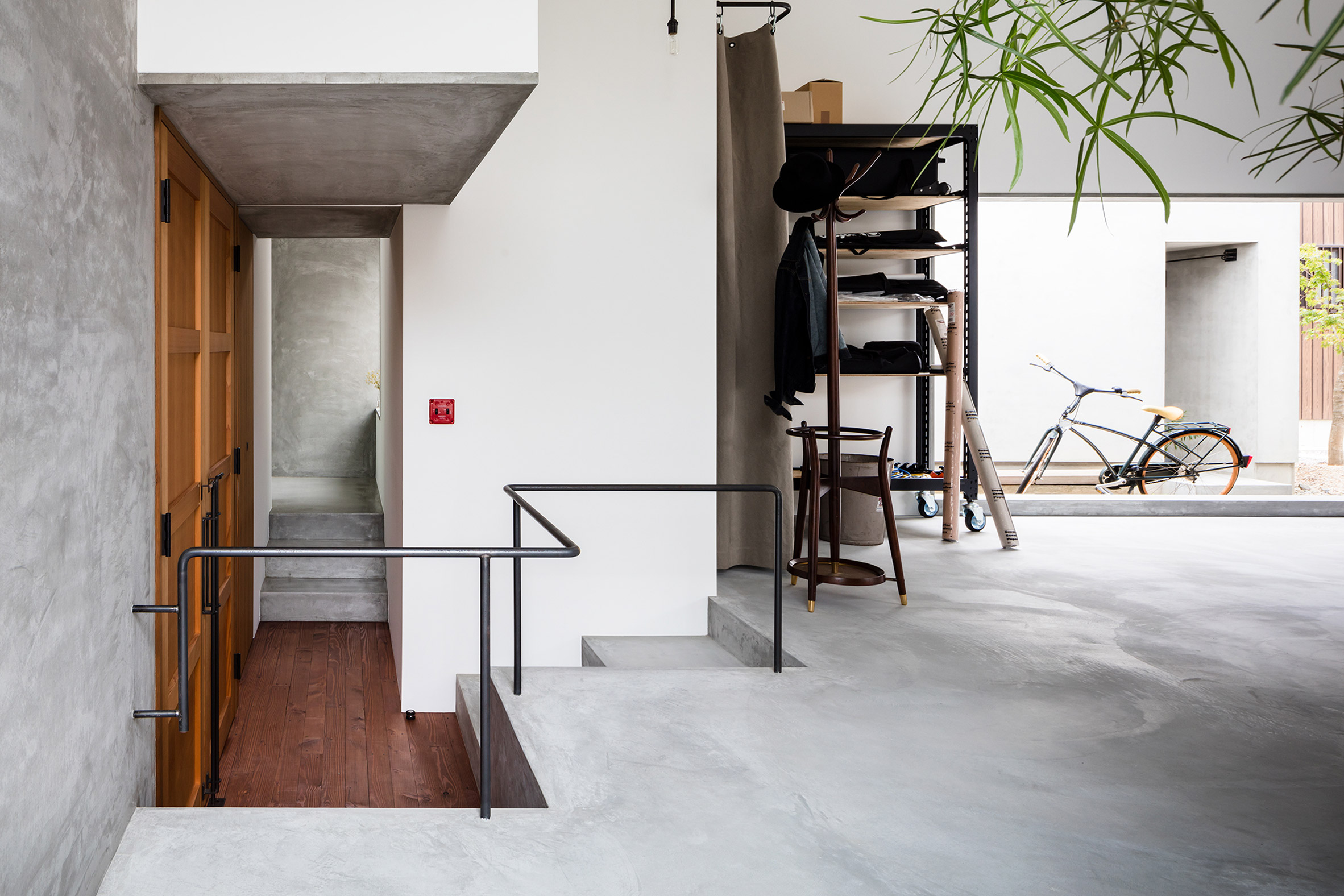 A single room and a hallway take up the remainder of the ground floor plan, while a bedroom occupies the upper storey.

The outside of the building is covered in mortar and galvanised steel, giving it an armoured appearance. 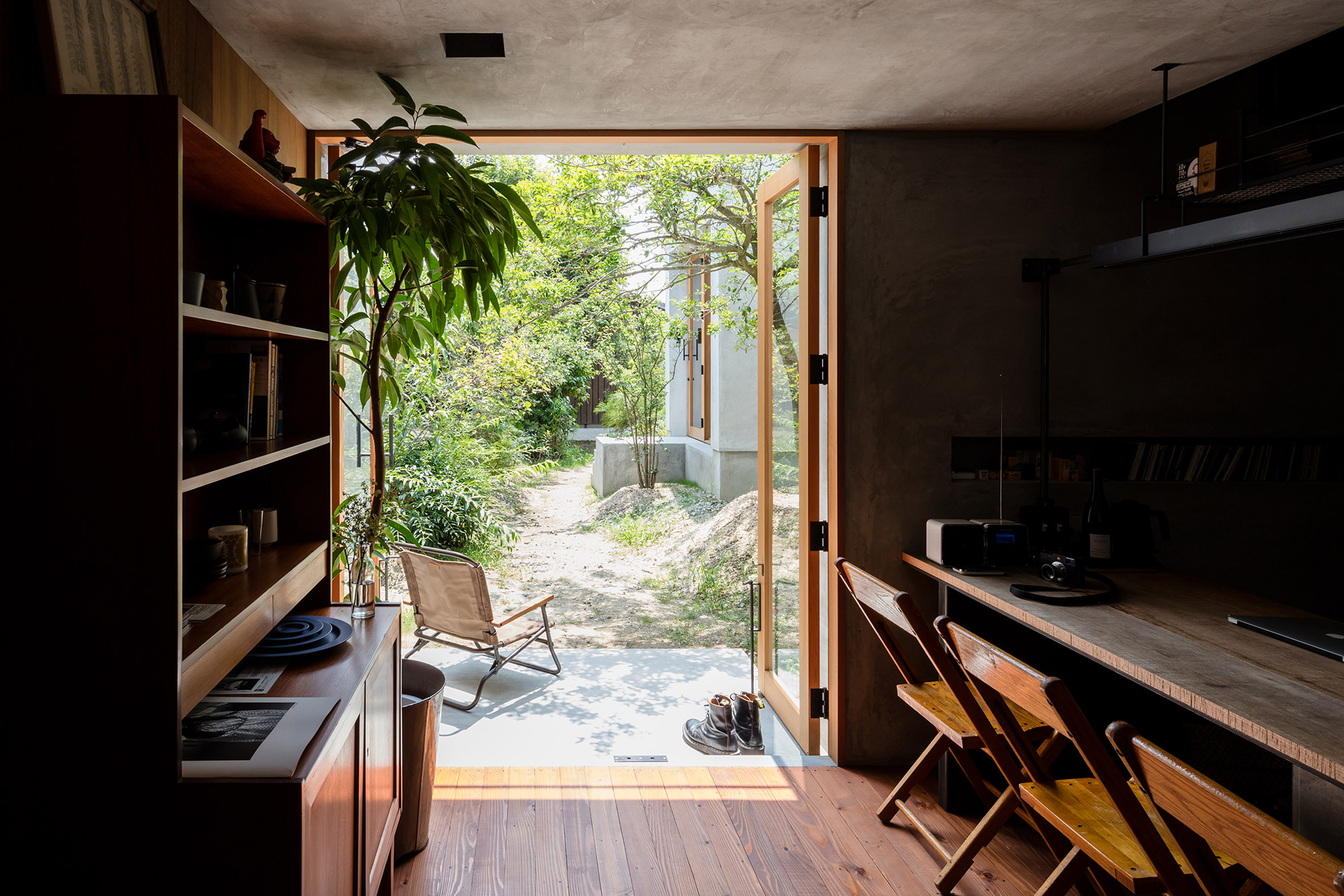 Like many of Kimura’s designs, there is an interplay between traditional Japanese functionalism – with open-plan rooms and functional divisions of spaces – combined with a limited material palette to create a minimal aesthetic.

“The materials have a tactile quality that will age with the surrounding environment,” he said. 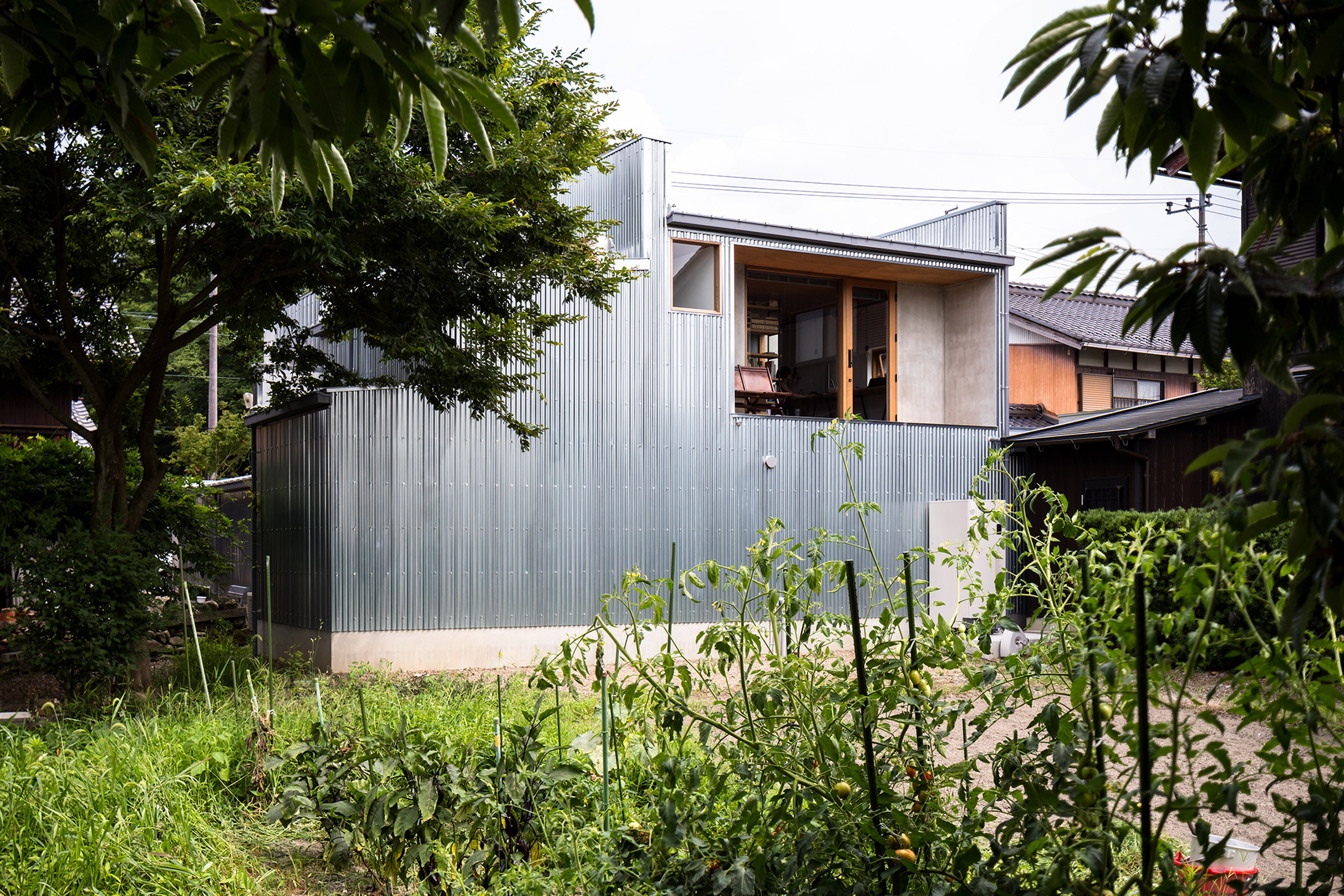 Kimora founded his Shiga-based architectural studio Form in 1991. He has completed a range of properties in the prefecture, including a house with a white-tiled courtyard for yoga, a steel-plated office and a home with just a few windows.

Like House for a Photographer, these buildings all feature strategically placed windows that make use of natural light and shadows, while retaining an element of privacy.

Photography is by Yoshihiro Asada and Norihito Yamauchi. 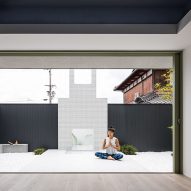