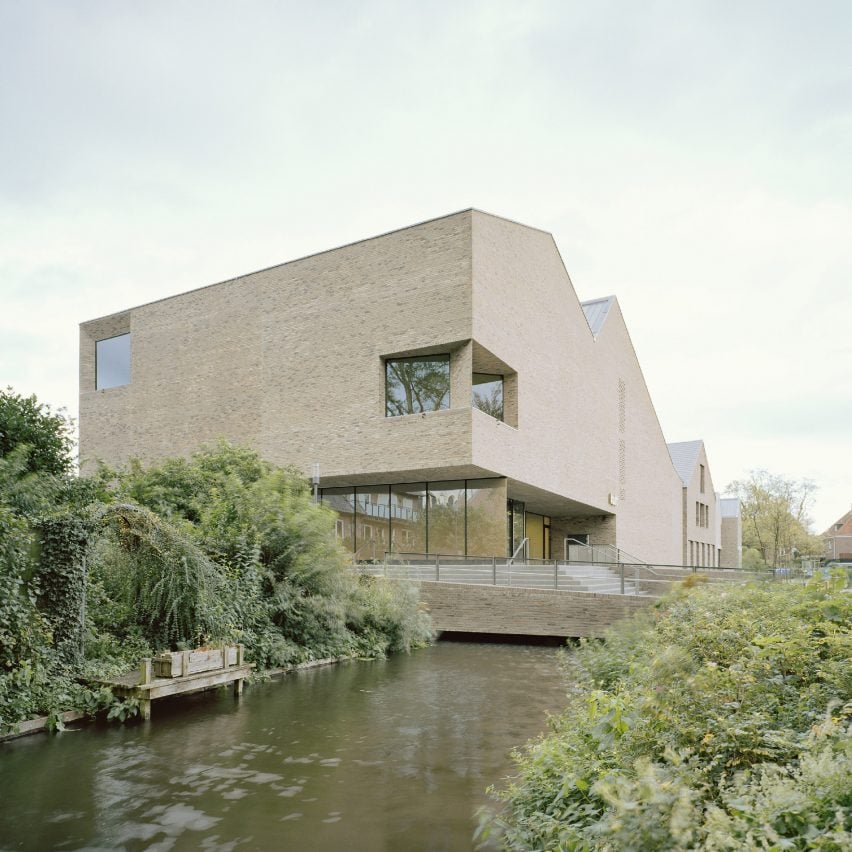 Designed as both a cultural hub and museum for the town of Vreden, Germany, Kult has 1,400 square metres of space for a permanent collection. 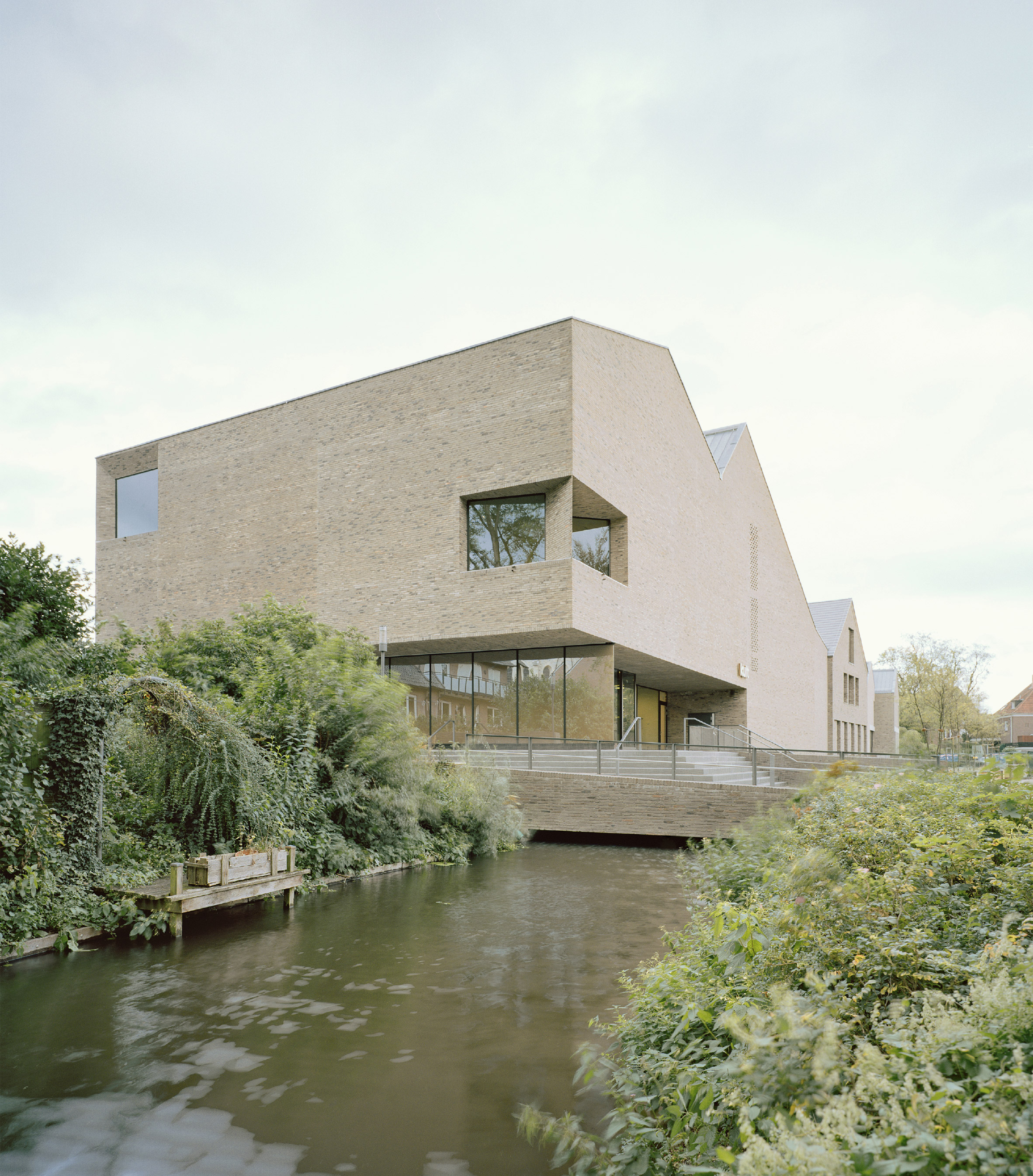 “The centre aims to walk the delicate line between sensitively integrating itself in the medieval heritage and establishing a contemporary landmark that actively contributes to Vreden’s cultural and social life,” said Pool Leber Architekten and Bleckmann Krys Architekten. 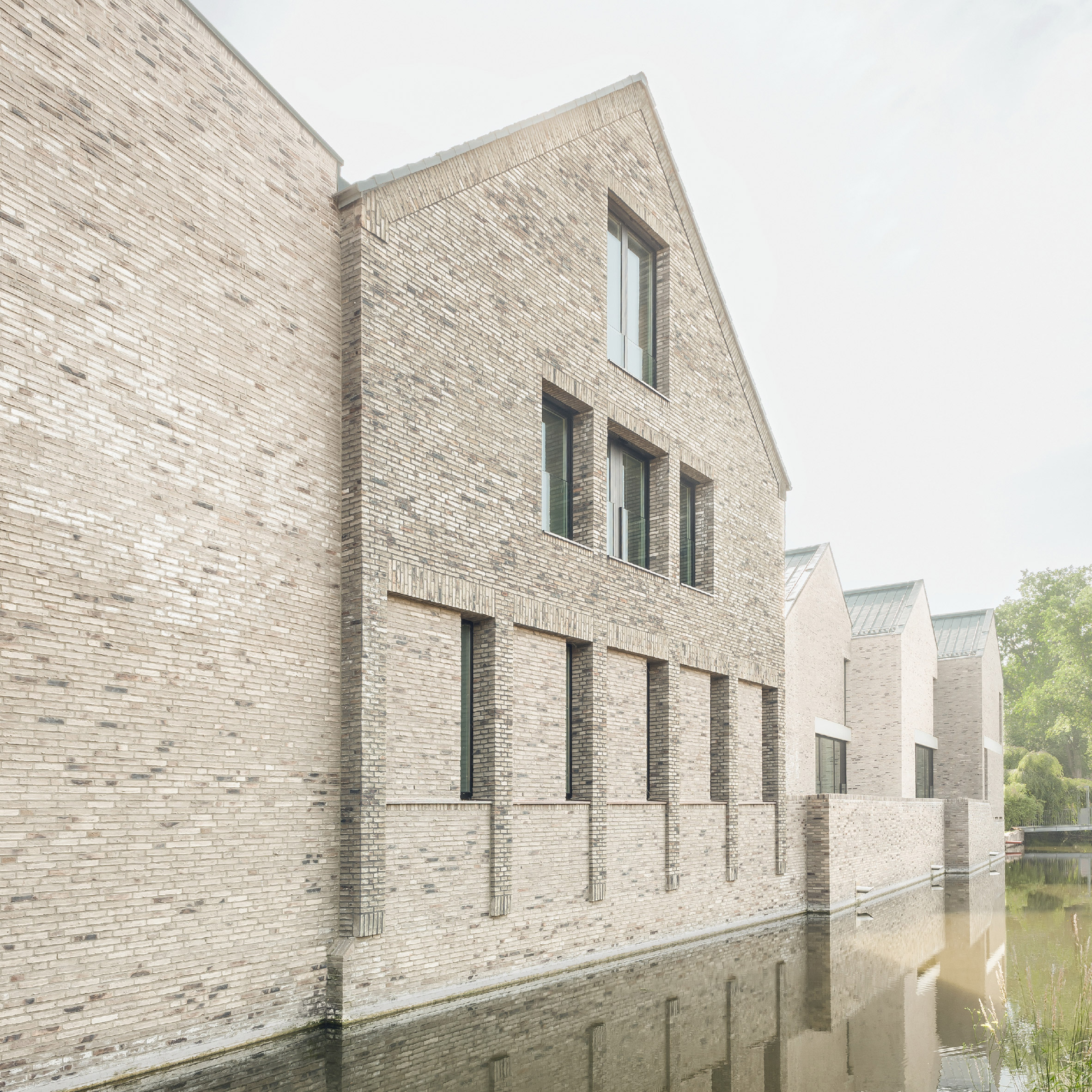 Conceived as an internal part of a cultural route that leads from the centre of Vreden and across the river Berkel, Kult consists of four existing structures and two new forms, overlooking the river.

Two of these existing structures date from the 14th and 16th century, while the other two dating from the 1970s and 1980s were the former home of the Hamland Museum. 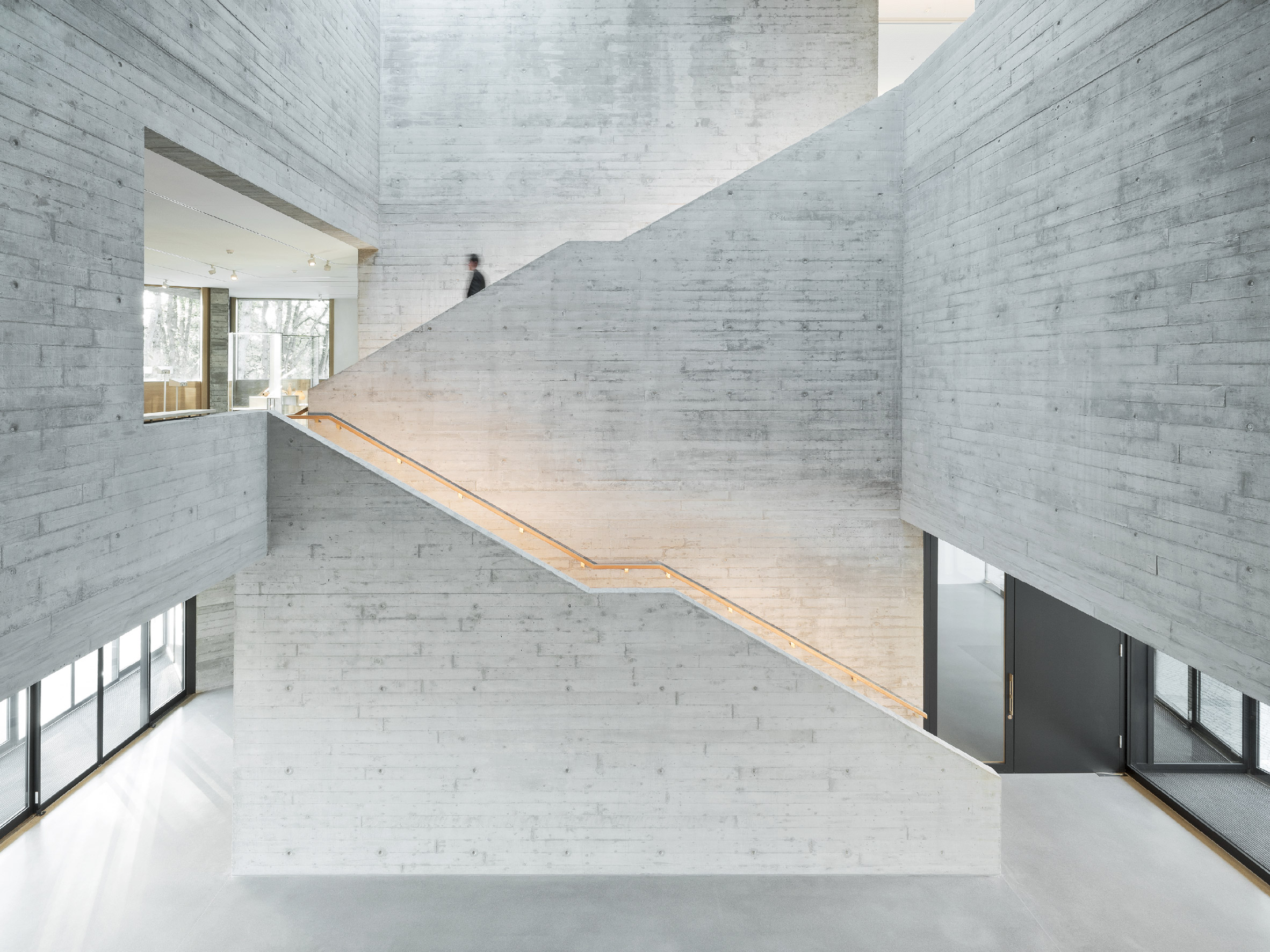 “To preserve the legibility of the historical layers, the facades are subtly shifted and detailed to recall the original styles,” explained the architecture studios. “Different blocks are clad with local bricks that gently change in colour shade.”

Inside, this more “rural” character is peeled away to reveal bare concrete finishes, accentuated by yellow accents for shopfronts and reception areas that run along the central unifying “backbone” of the building. 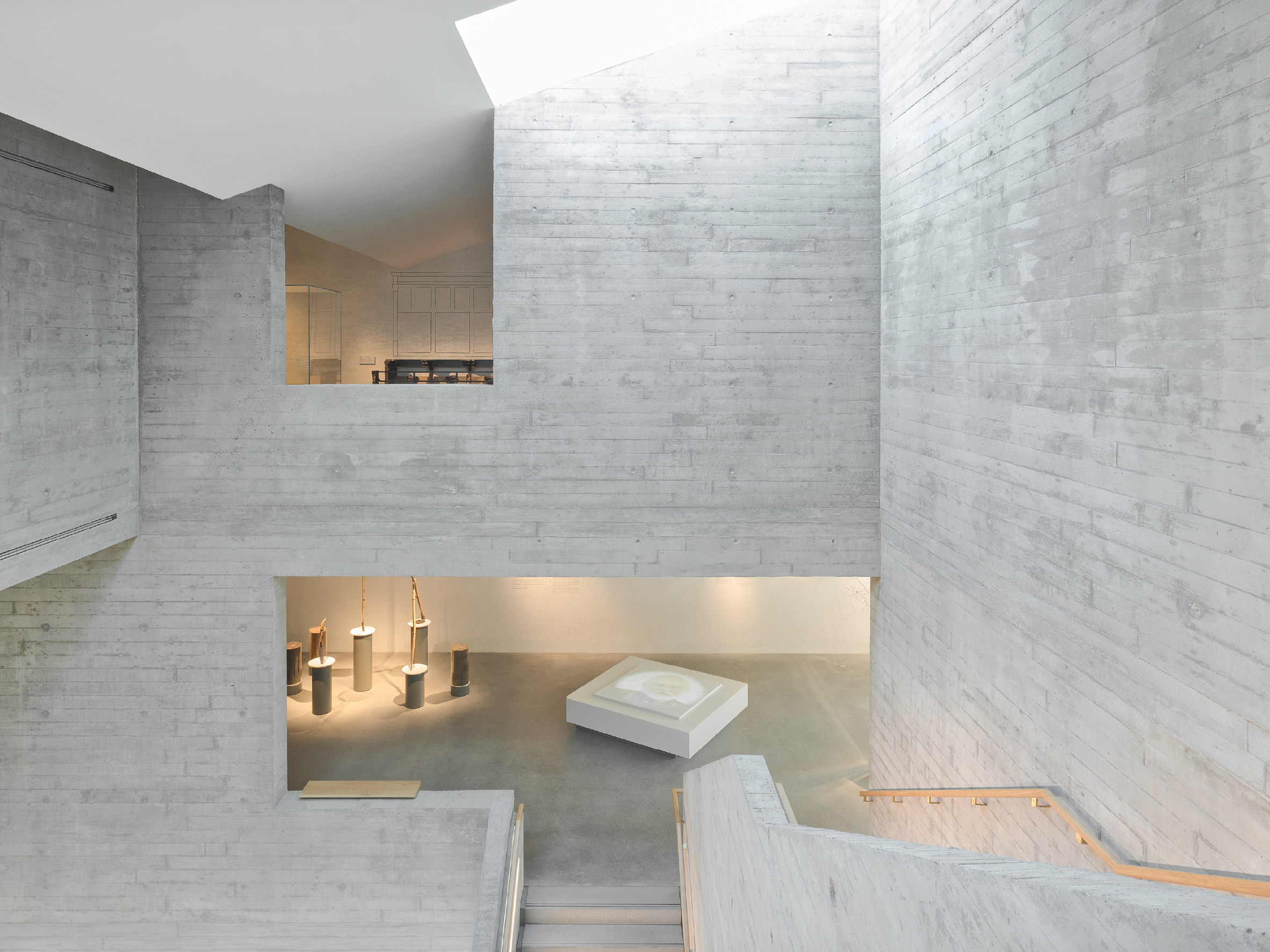 A glass-walled entrance space at ground level is dominated by a central staircase which connects the various areas of the museum. On the first level, the “secular” galleries look out towards Vreden’s port, and on the level above the “clerical” displays look towards the town’s two churches.

“The staircase itself is not only a distribution space for different exhibition areas, but is also a representative backdrop of the atrium, which is also used for conferences, festivals and concerts,” explained the architects. 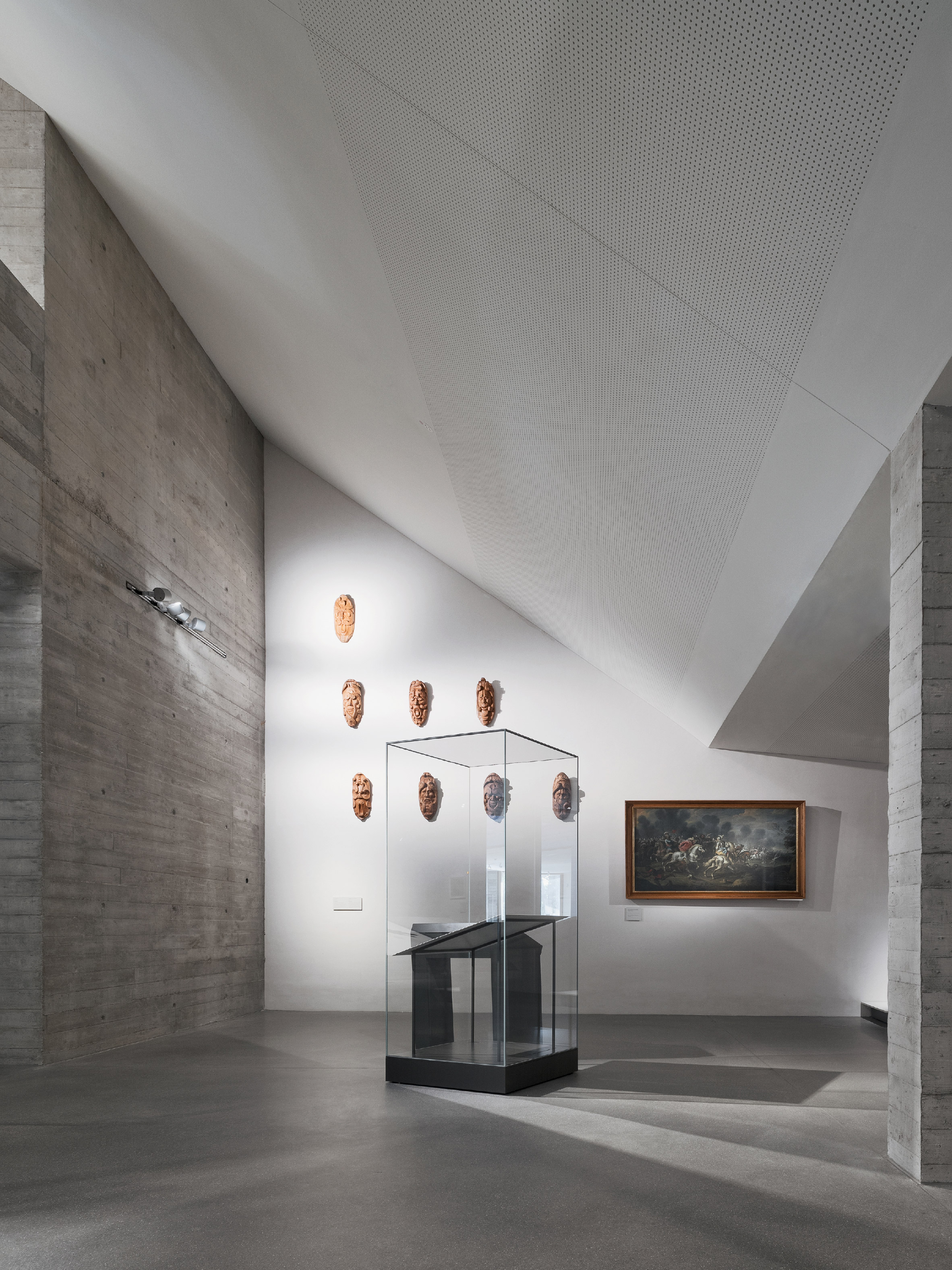 Openings in the atrium space to a thin courtyard help bring light deep into the plan and orientate different areas of the museum.

“The result is a coherent ensemble that nevertheless frankly declares the juxtaposition of diverse identities, which harmoniously coexist without challenging each other,” said the studios.

Kult was longlisted in the Civic and Culture category of the Dezeen Awards last year. The award was eventually won by Chiangmai Life Architects and Construction for its Bamboo Sports Hall at the Panyaden International School,

Photography is by Brigida González.