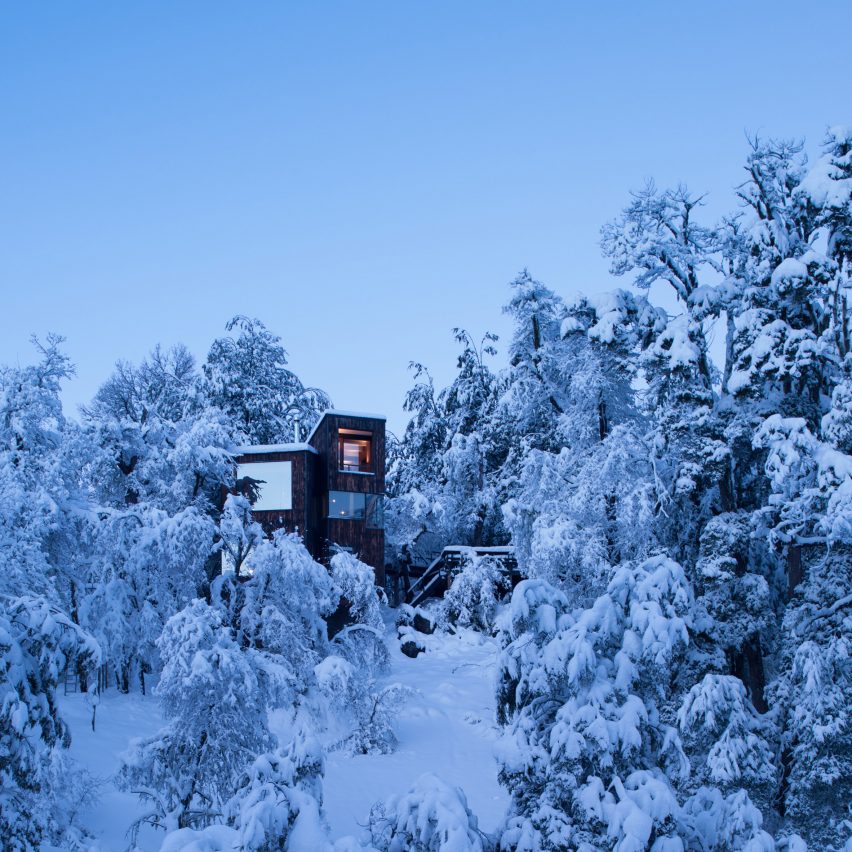 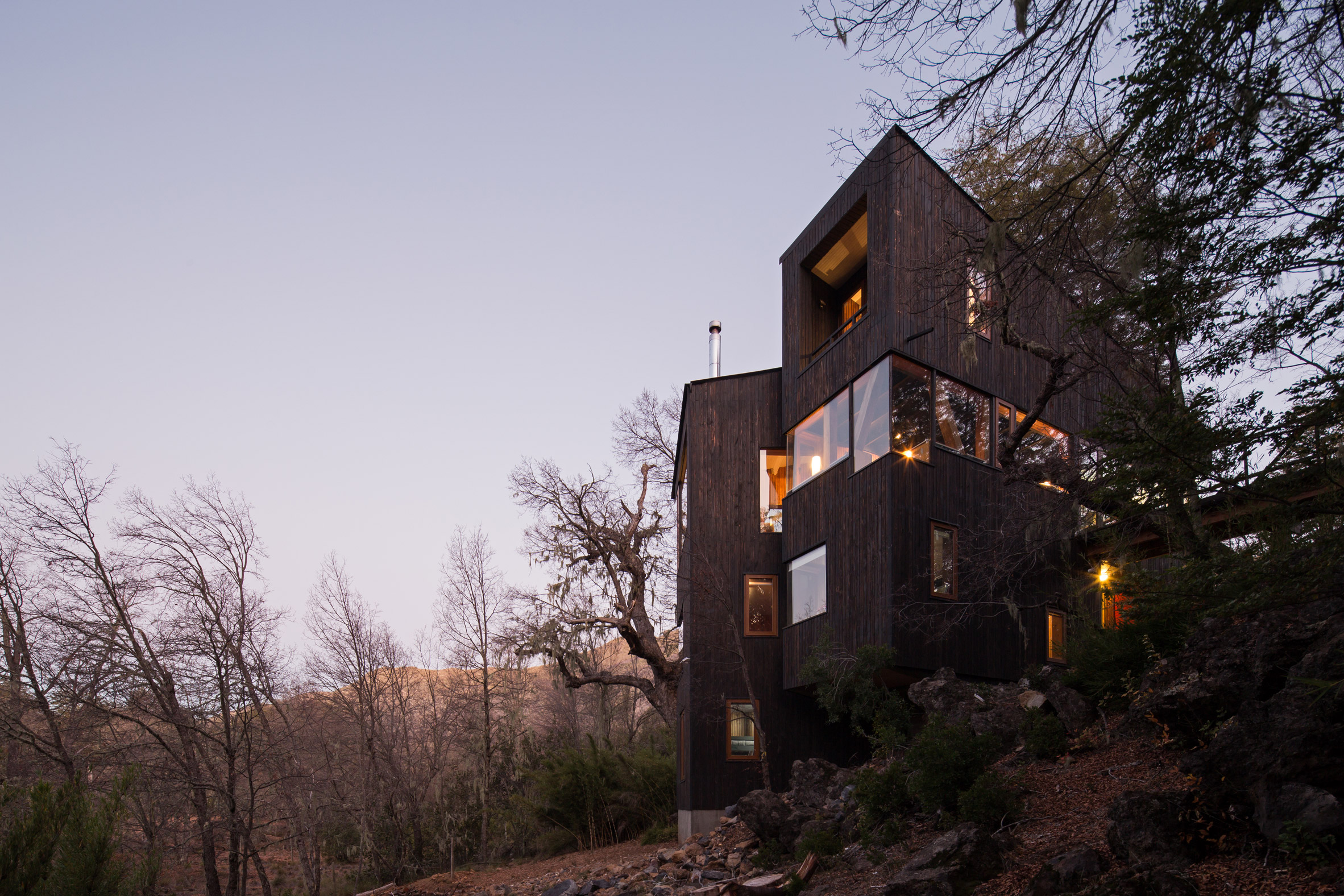 Perched on a gently sloping site, the multi-storey cabin is designed to be highly efficient and to offer views of the scenery, according to DRAA (Del Rio Arquitectos Asociados), which is based in Santiago. 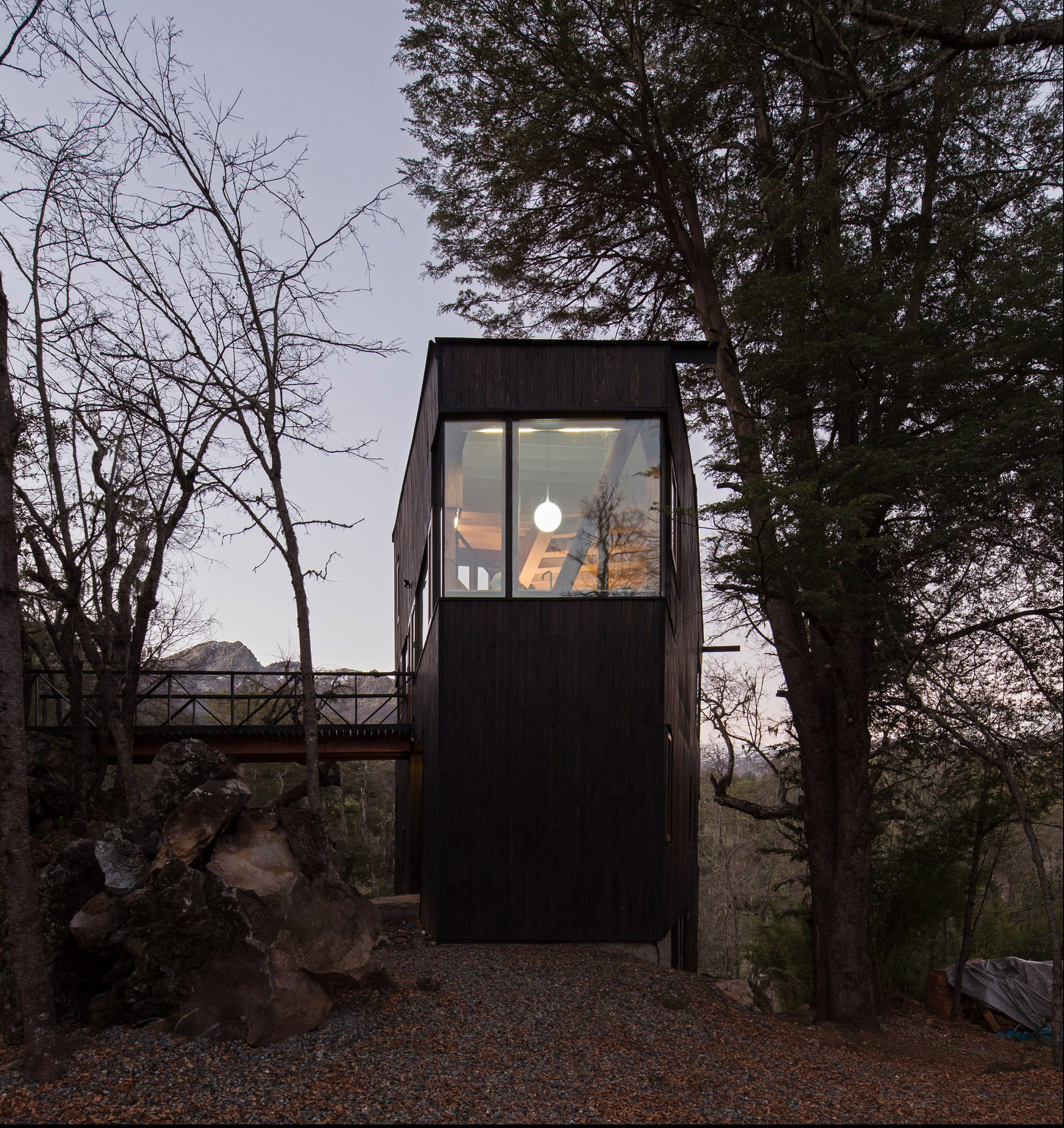 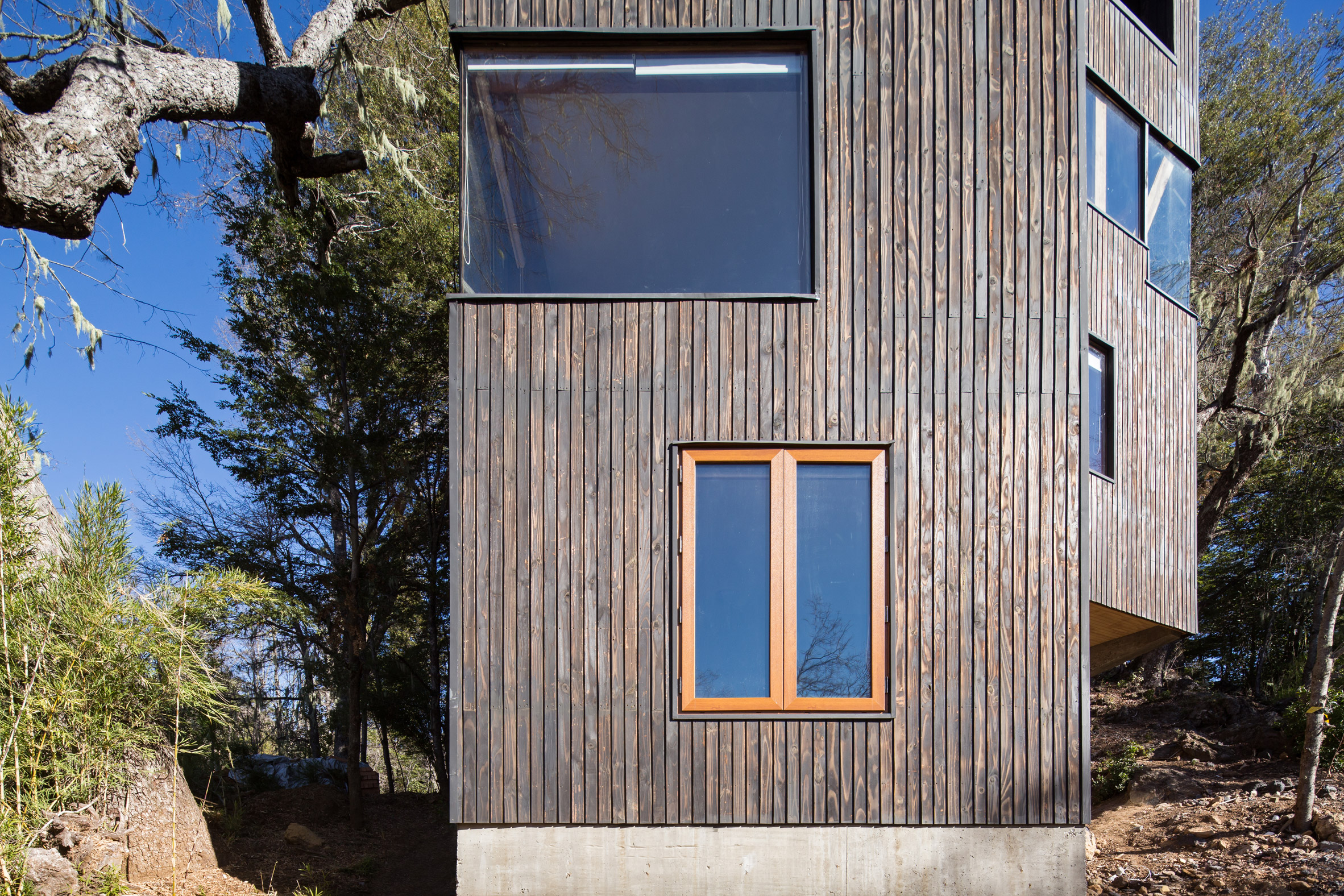 Roughly V-shaped in plan, the 140-square-metre cabin rises up from a half-hectare site studded with trees. The building is oriented in a way that capitalises on the path of the sun, while a highly insulated perimeter and a thermally massive core help reduce energy usage. 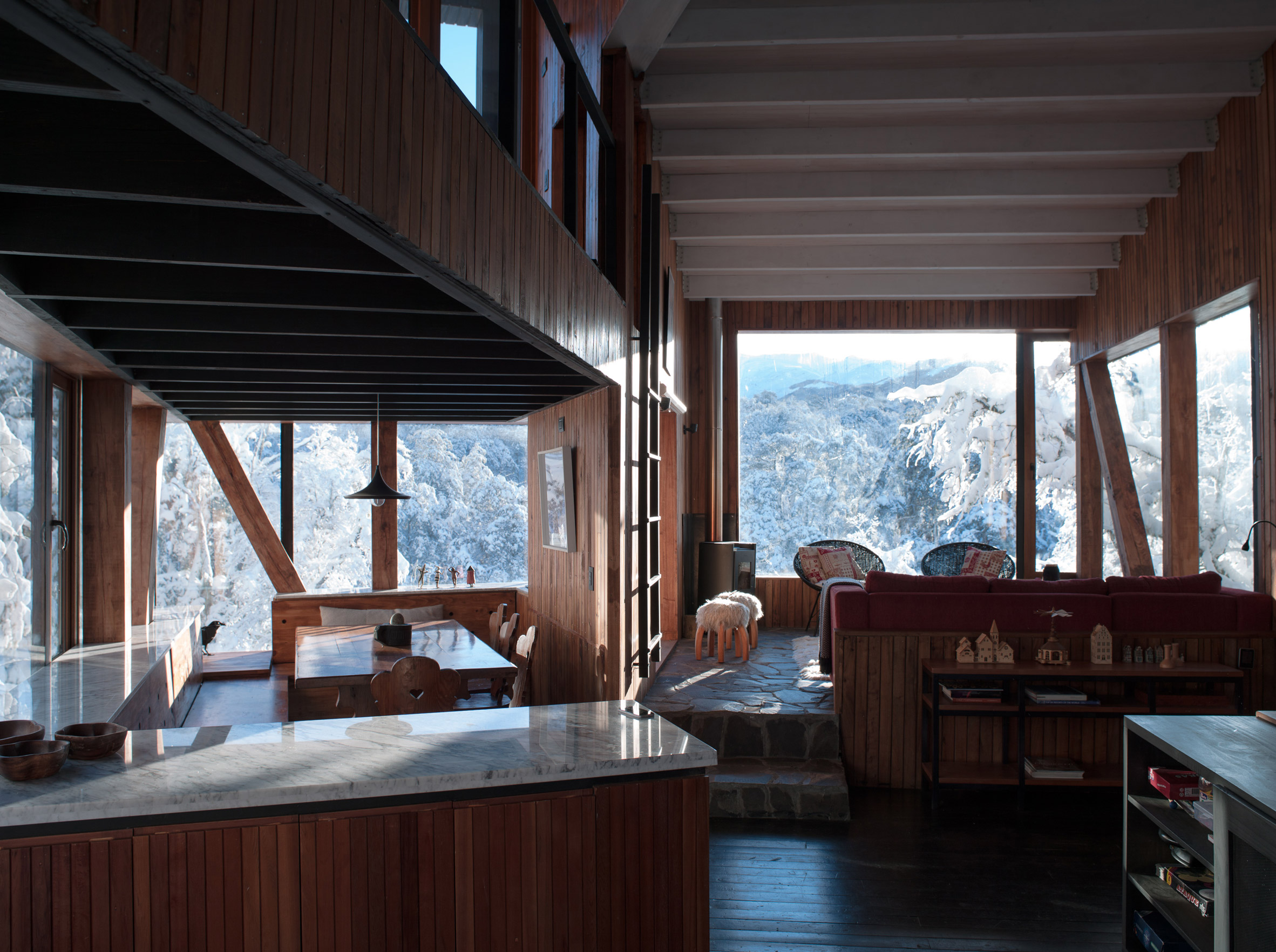 The cabin’s exterior walls are clad in pine planks that are charred using the Japanese technique of shou sugi ban. Burning the wood helps increase its resistance to insects and decay. 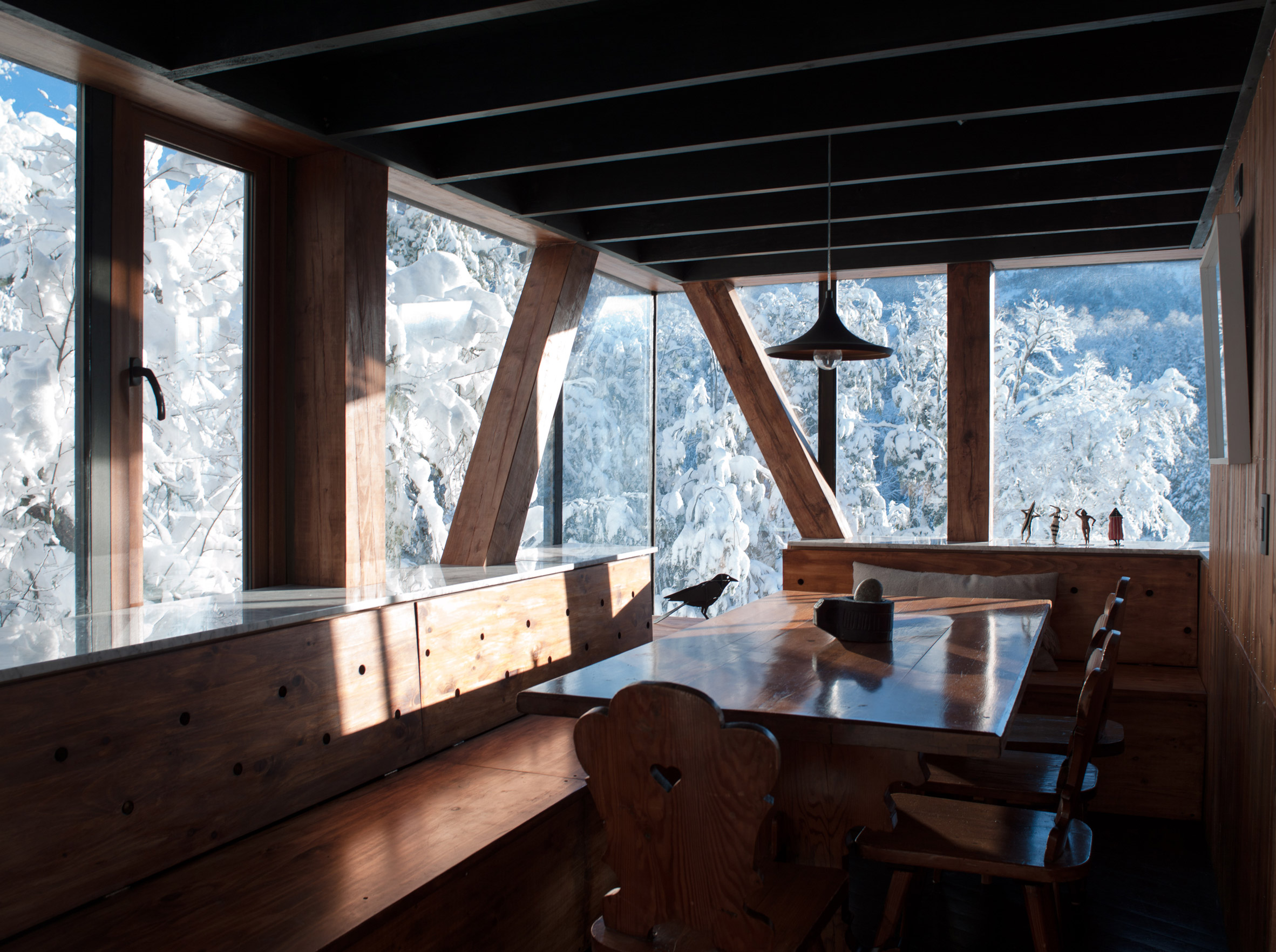 Behind the timber cladding are structural insulated panels, or SIPs, which were assembled on-site during the warm months. Generous windows, particularly on the north and west, bring in ample light and offer framed views of the wooded terrain. 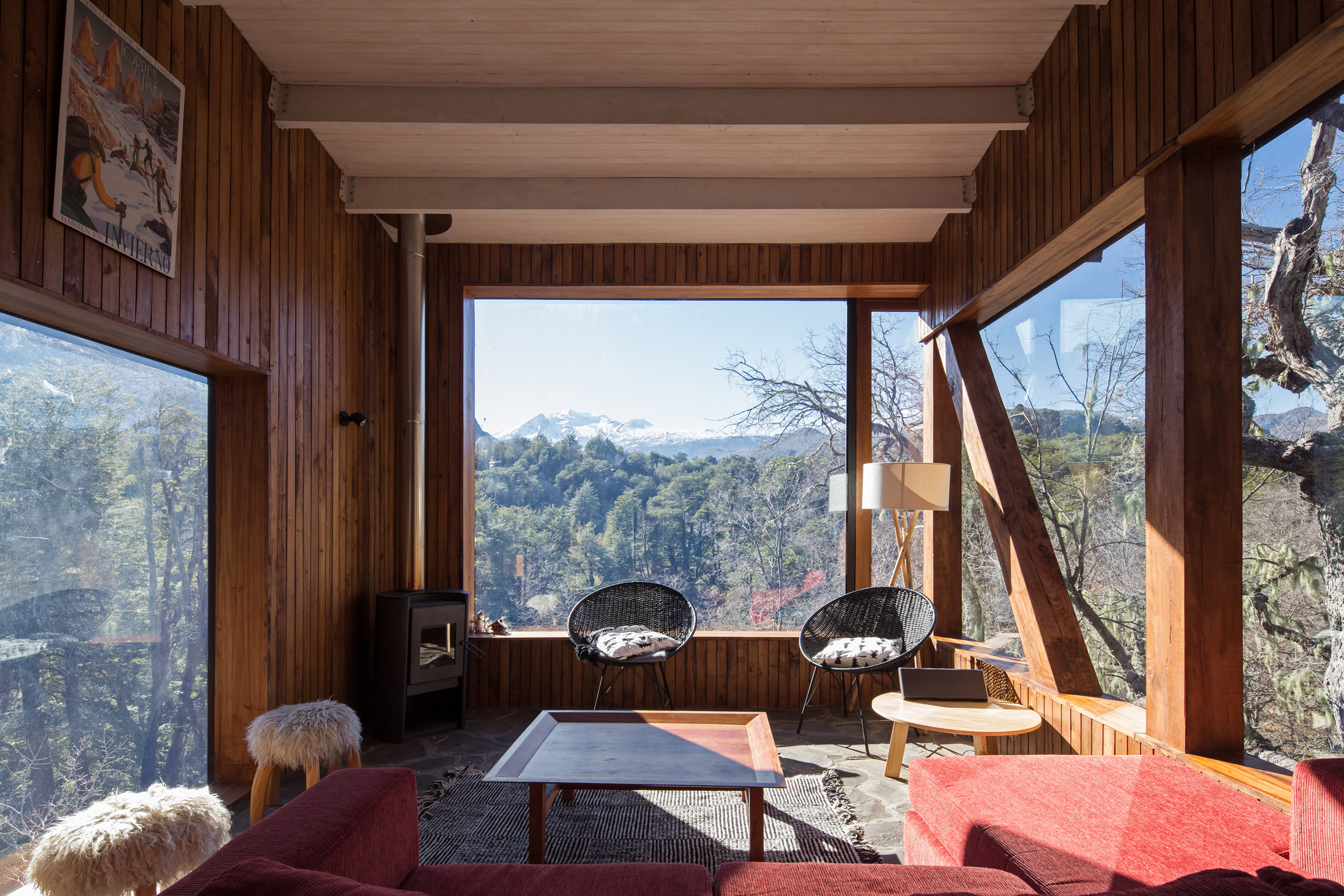 “La Dacha follows passive-design principles in a concentrated, vertical and highly insulated refuge that mingles among a pristine mountain landscape,” the team said. 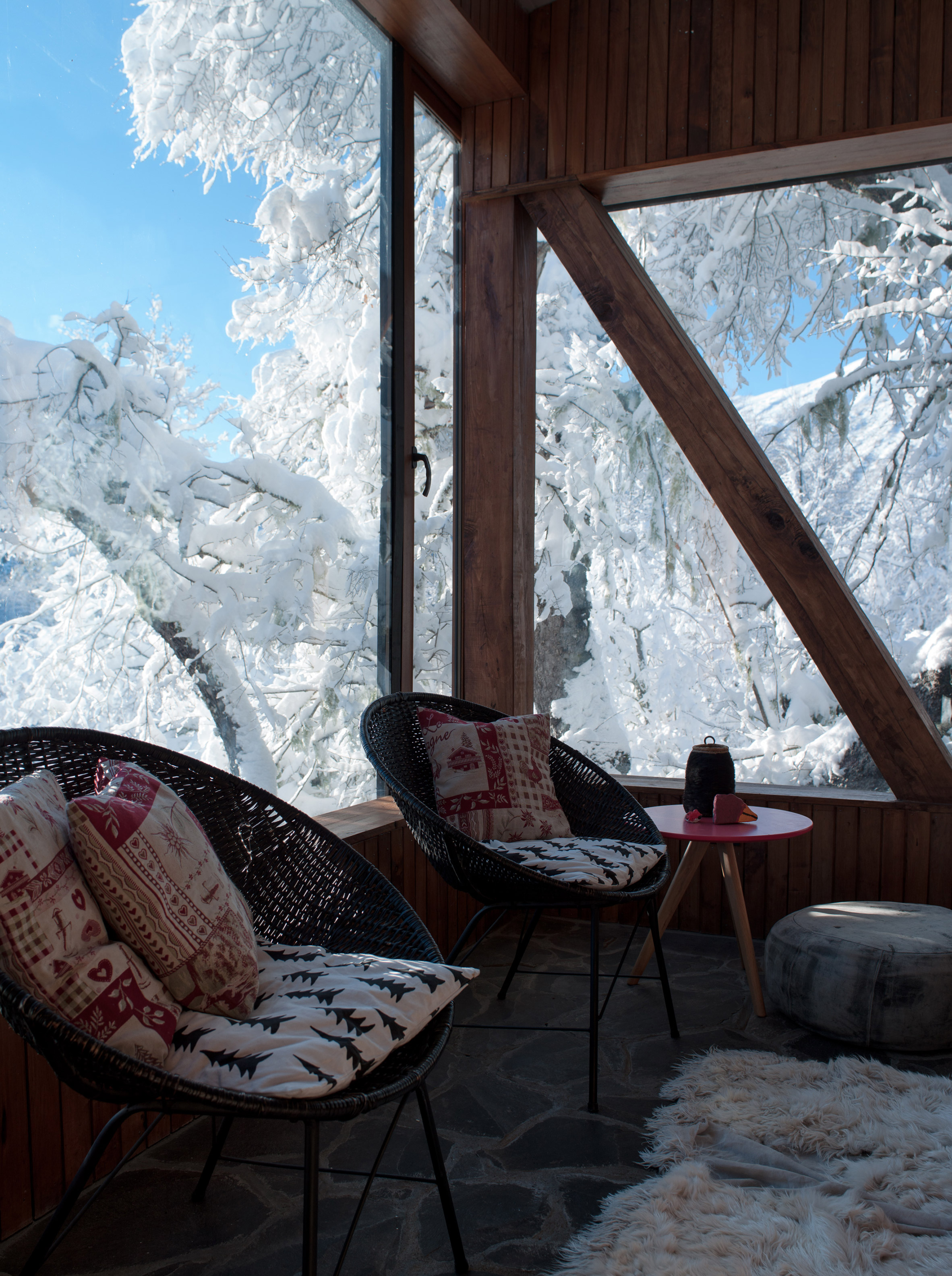 Public zones were situated in the upper levels, while private areas were placed below. The main entrance is located on the middle floor, which is accessed via a wood bridge.

The middle level features a wood-burning masonry stove – called a kachelofen – that stores heat in its thick walls. A single load of wood can generate a significant amount of warmth throughout the day. 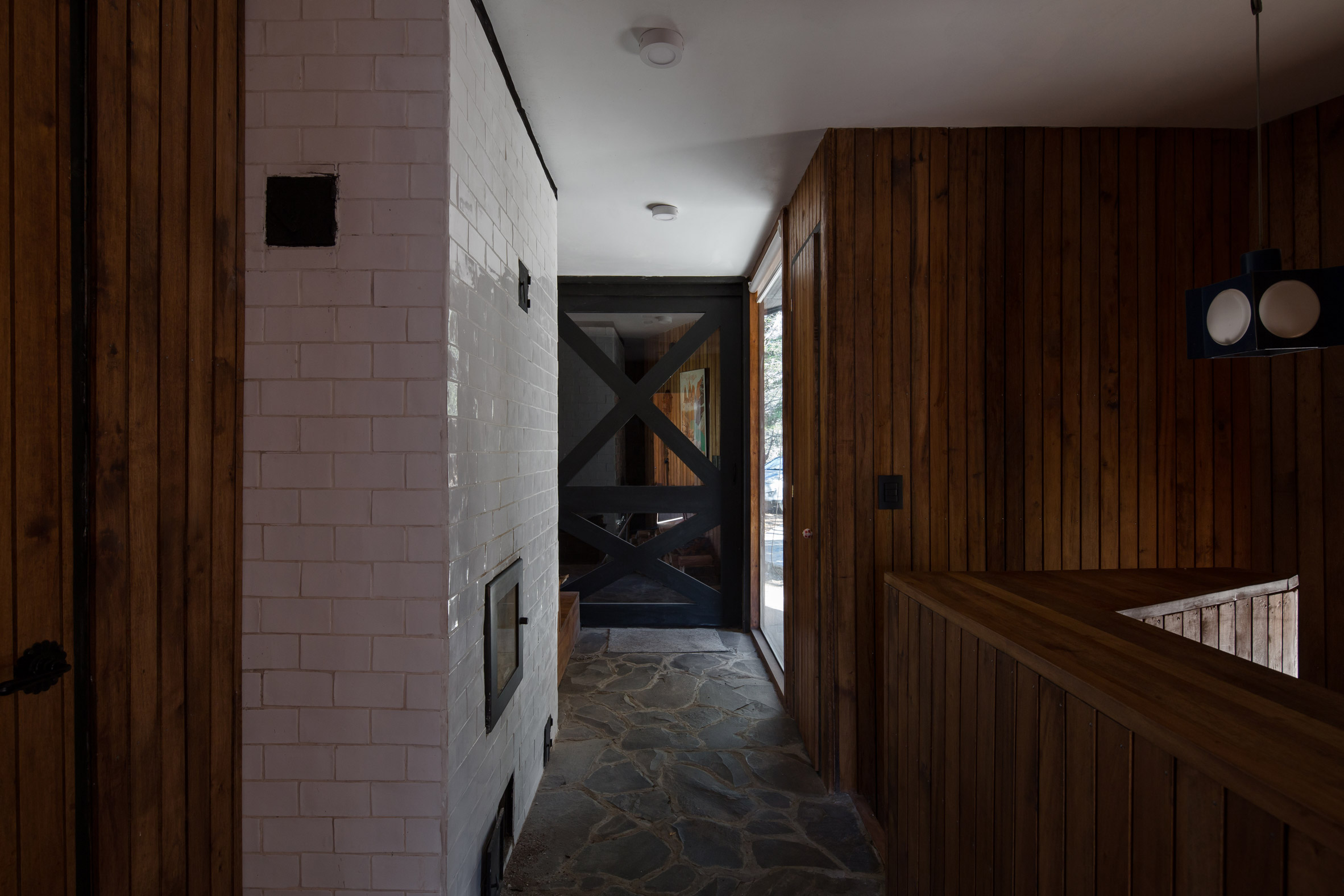 “This ancient technique, common in central Europe, becomes a prototype for southern Chile, where wood consumption and pollution are becoming crucial issues,” the team said.

Inside, earthly materials such as stone and wood give the cabin a rustic atmosphere. Walls are wrapped in warm-toned lingue wood, which is native to the region. 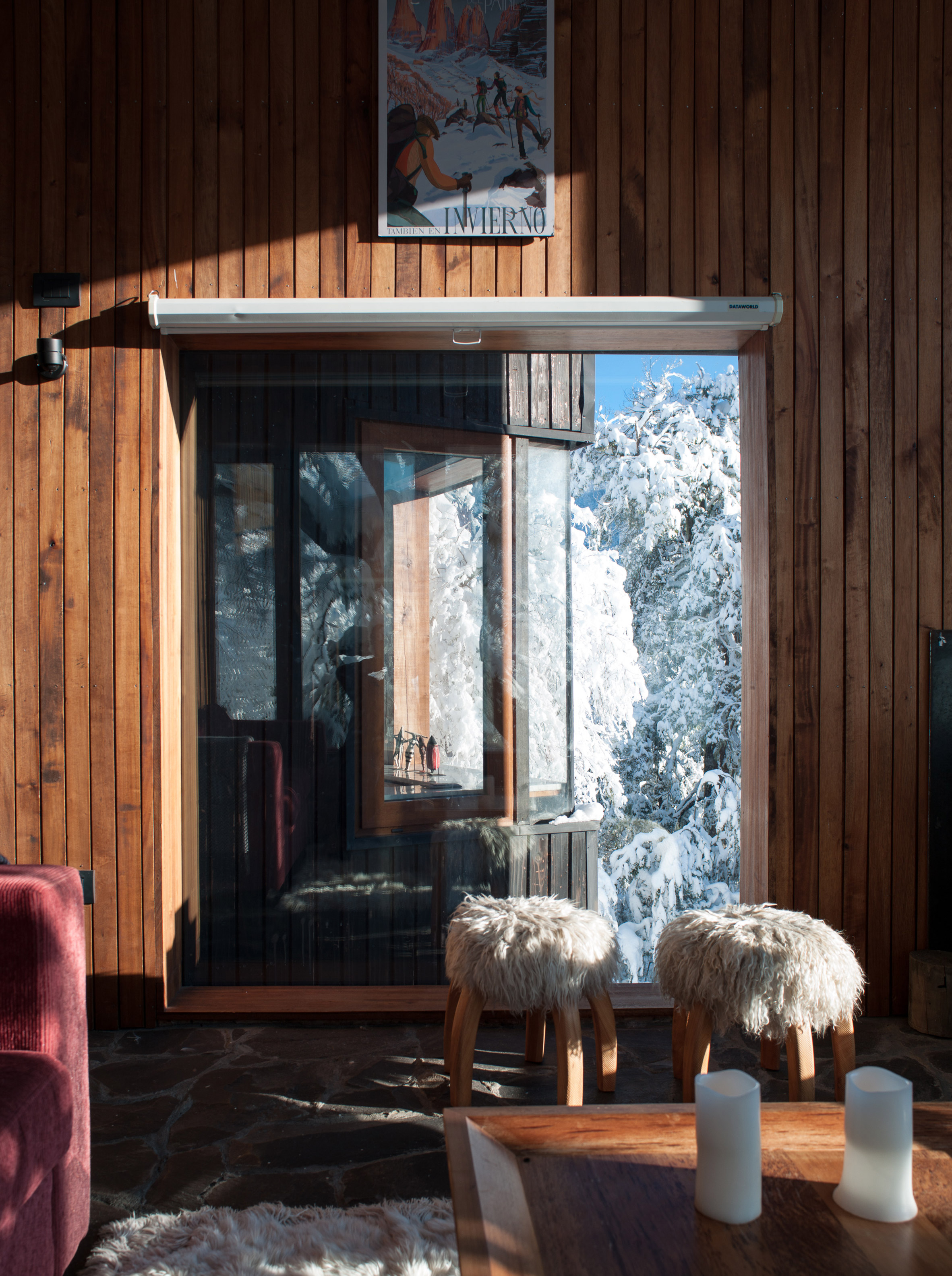 Other dwellings in Chile include Casa R, a pointy black cabin designed by Chilean architect Felipe Lagos for his family, and Casa La Roja, a bright red house in a verdant, mountainous zone near the Argentina border.