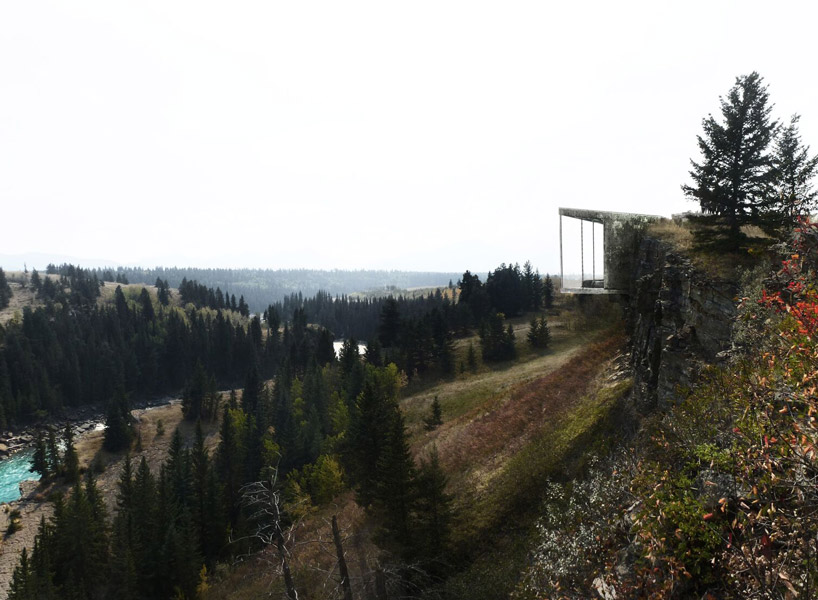 the minimalistic cliff cabin named ‘maralah’, which in native american means: he/she who was born during an earthquake, is a tribute to the history of the specific area as a native american reserve.