A harbour view is framed through the gap between the two sides of this house in Massachusetts by New York firm Leroy Street Studio.

Cove House extends across a sea-facing slope in Woods Hole, a coastal town in the south of the state, overlooking the Vineyard Sound. 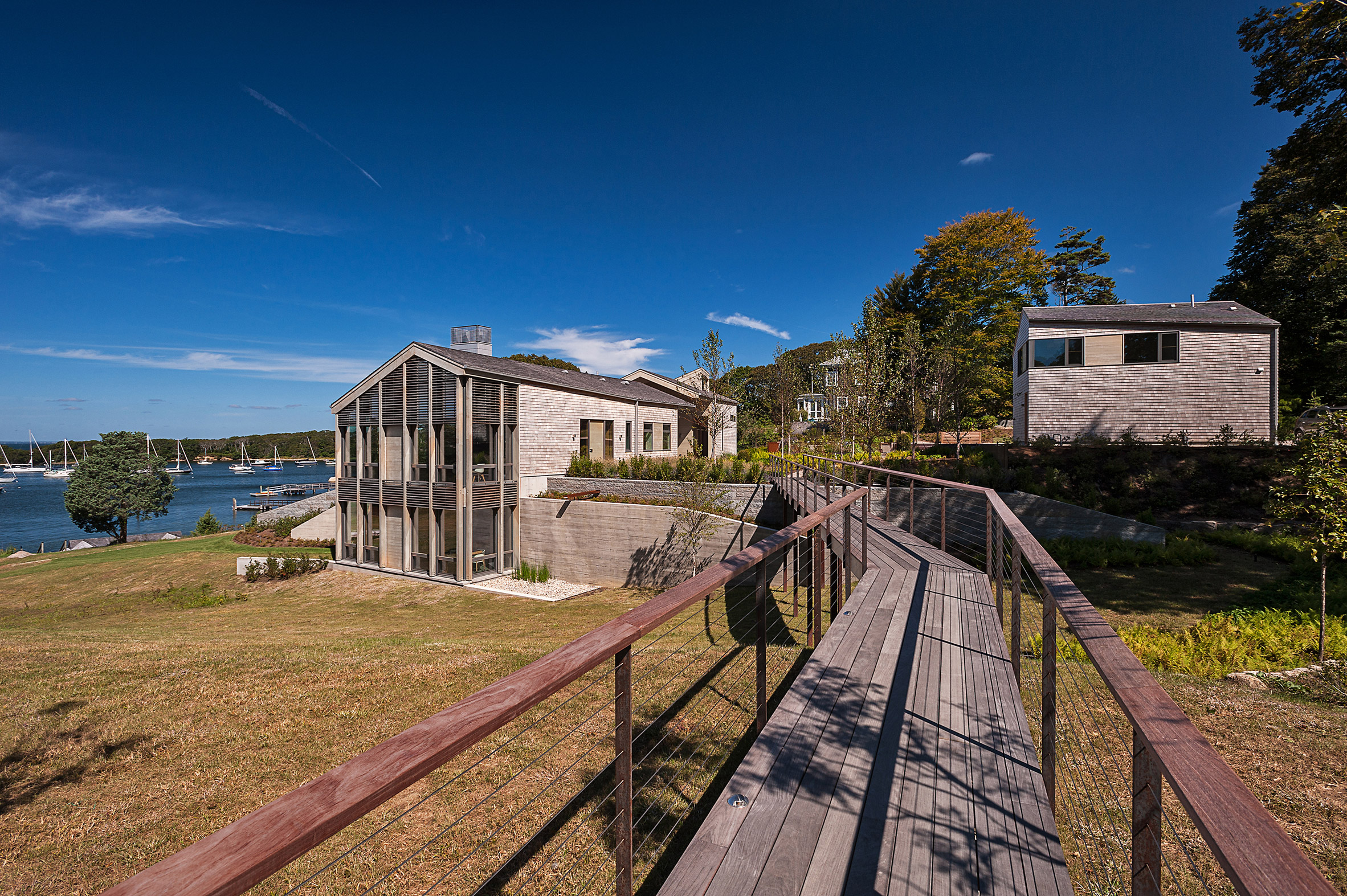 Leroy Street Studio designed the home as a modern adaptation of the historic shingle-covered buildings found in the area.

“The Cove House embodies the client’s desire for a contemporary house that is deferential to the New England vernacular,” said the architects, which also recently completed two houses on Long Island. 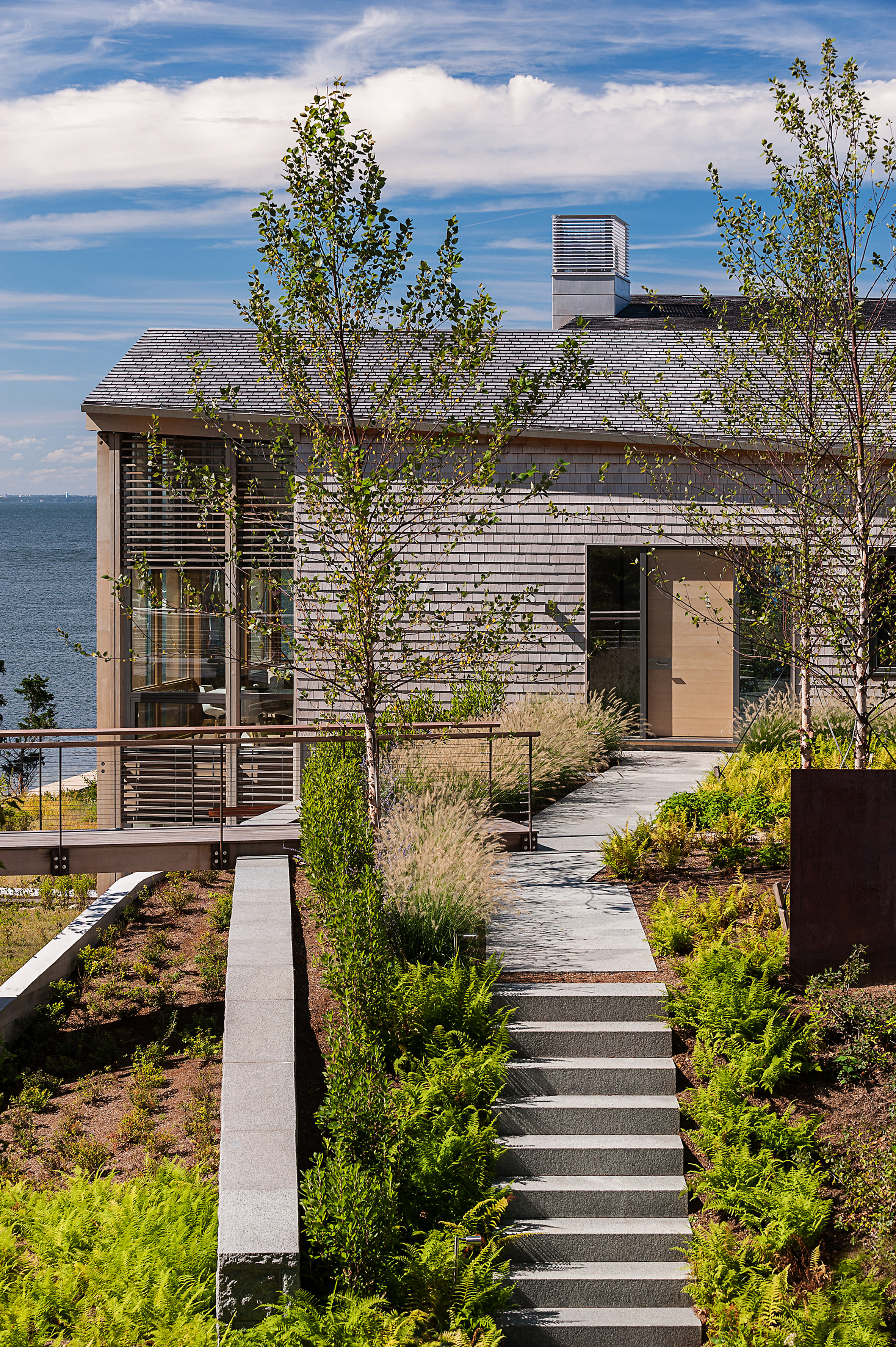 The building is split into two, with the separate sections positioned at slightly different angles towards the sea. They are buried into the hillside, so they are less imposing from the street but open up fully to the ocean, and are linked below grade. 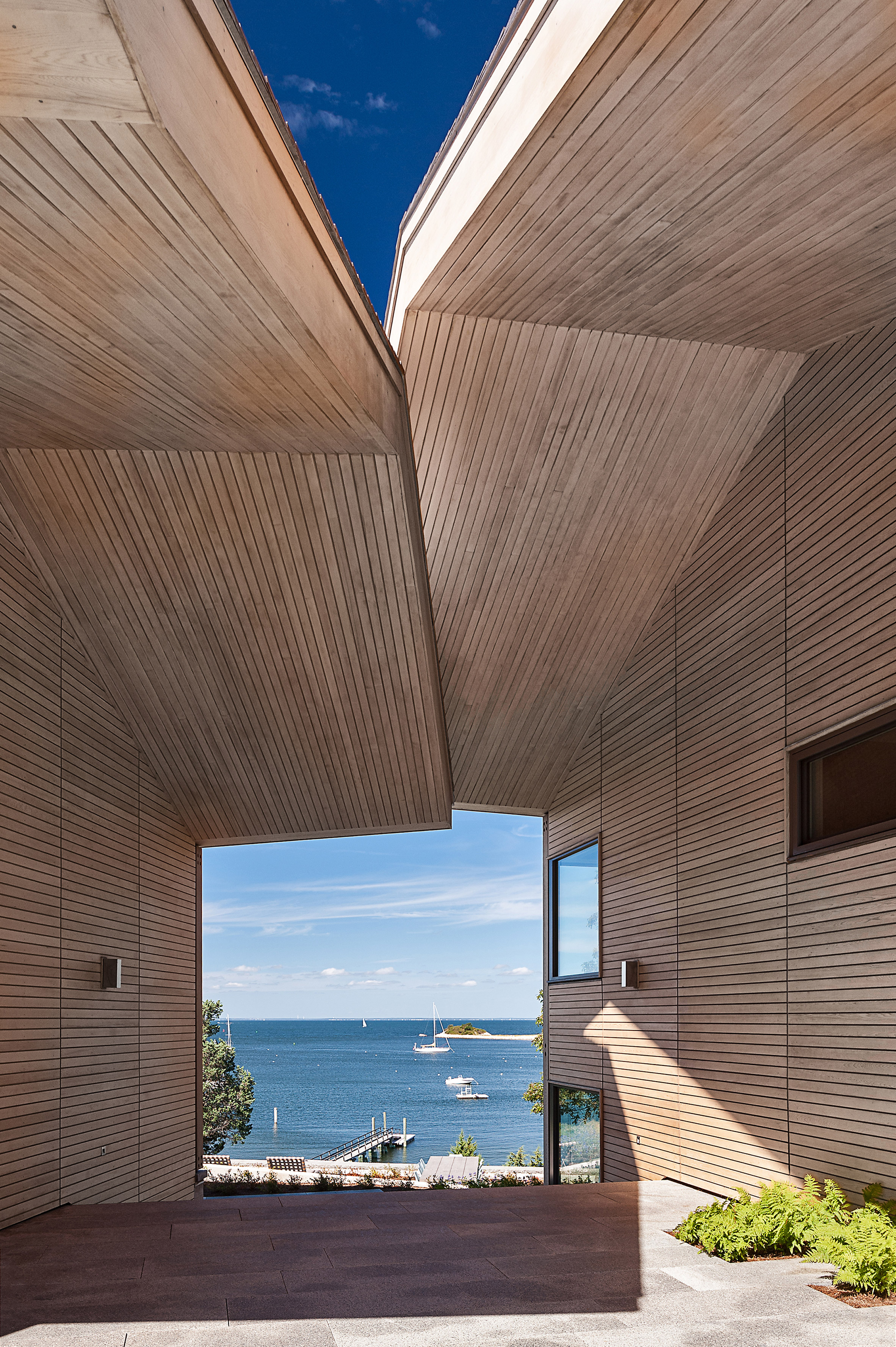 Both sides are two storeys high, although one is a touch taller than the other so their gabled roofs can overlap.

“The massing defines an upper utility court and kitchen garden, with a dynamic interstitial space that frames the ocean view,” said Leroy Street Studio. “The resulting form defines the landscape spaces of the site, embodies the tautness and linearity of the shingle style, and references the sailing ships that once anchored in the neighbouring harbour.”

The pair of buildings accommodate different functions. All the bedrooms are situated in the northern block, with the master suite and two guest rooms at entry level, and three kids bedrooms and staff quarters below.

An assortment of spaces for lounging, dining, cooking, reading and exercising are distributed across the two floors in the south section. Small level changes help to define the different areas, and help the home align with the terrain.

Ample glazing on the sea facade maximises views of the boats, while shingles made from Alaskan yellow cedar clad the street elevation.

From the parking area, access to the dwelling is via a footbridge that traverses a former rose garden, where local landscape architects restored the retaining walls and planted native species.

Passing through the gap between the buildings, a deck steps down towards the water and provides an outdoor dining area for watching the sunset. 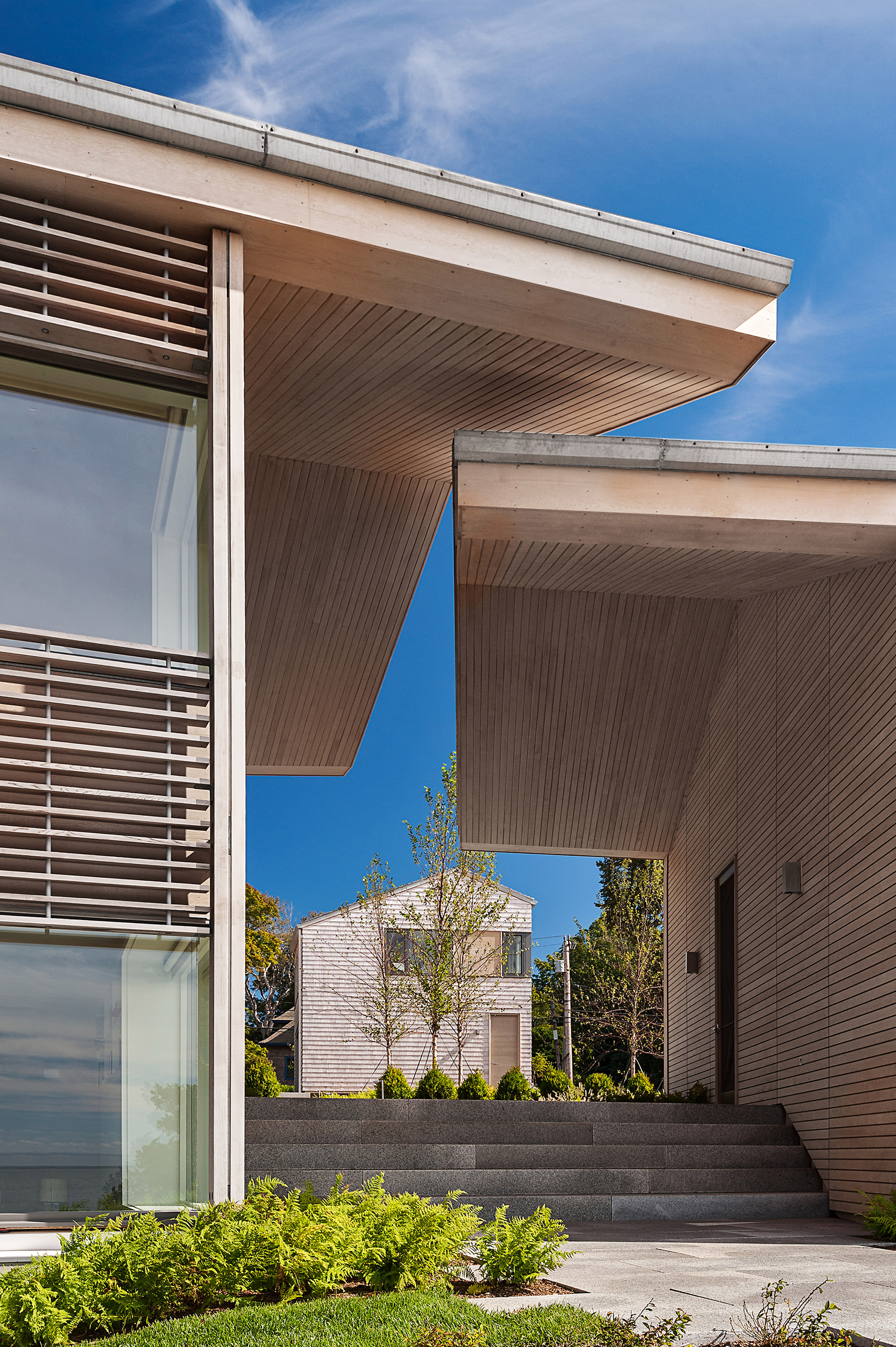 The Massachusetts coastline and islands are dotted with large villas for wealthy holidaymakers. Many are clad in local cedar, including a retreat on the island of Martha’s Vineyard, while others have a more contemporary look, like a home comprising eight concrete boxes. 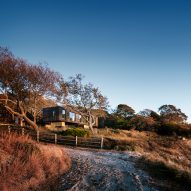 All photography is by Christian Phillips, unless otherwise stated.