London mayor Sadiq Khan has withdrawn support for the Thomas Heatherwick-designed Garden Bridge by refusing to sign the vital financial guarantees that would allow building to go ahead.

In a letter addressed to the Garden Bridge Trust chair Mervyn Davies today, Khan said he would not guarantee funds for the bridge’s operation and maintenance.

He cited the potential for spiralling construction costs and the funding of the upkeep of the bridge as a risk to London taxpayers.

Without these mayoral guarantees, the Garden Bridge will not meet the conditions of planning approval from Lambeth and Westminster councils.

The mayor’s decision follows the findings of Margaret Hodge’s independent review into the Garden Bridge, which determined that the taxpayer would be better off if the project were cancelled.

“Having assessed all the information available to me including the findings of Dame Margaret Hodge’s independent review, my view is that providing mayoral guarantees will expose the London taxpayer to too much additional financial risk,” said Khan.

“The funding gap is now at over £70 million and it appears unlikely that the Trust will succeed in raising the private funds required for the project,” he continued.

“I am simply not prepared to risk a situation where the taxpayer has to step in and contribute significant additional amounts to ensure the project is completed.”

The review found that the bridge’s predicted construction costs have escalated from £60 million to over £200 million. Hodge urged the mayor not to sign any guarantees until the future funding of the project was secured by the Garden Bridge Trust, the organisation behind the project, from private donors.

» increasing capital costs of the project

» the risk of the bridge only being partially built

So far, £37.4 million of public money has already been spent on the 367-metre-long bridge designed by London office Heatherwick Studio, with additional funding underwritten by the government bringing the cost to the taxpayer up to £46.4 million should the project be cancelled.

“Under the previous mayor [Boris Johnson], a considerable amount of London taxpayers’ money has already been spent on the Garden Bridge,” said Khan.

“I have always been clear that not a penny more of taxpayers’ money should be allocated to the project.”

The mayor concludes that these obstacles cannot be overcome before planning permission for the Garden Bridge expires in December this year.

British designer Thomas Heatherwick first unveiled designs for the Garden Bridge back in 2013 and its completion was slated for 2017. However, the plant-covered bridge, which was designed to span the River Thames between Temple and the South Bank, has been embroiled in controversy since the outset of the project.

The idea for the plant-covered bridge spanning the River Thames between Temple and South Bank was conceived by British actress and campaigner Joanna Lumley, but issues regarding restricted usage and its funding has meant the project has been embroiled in controversy since its outset.

The Garden Bridge Trust has been contacted for comment but is yet to respond. 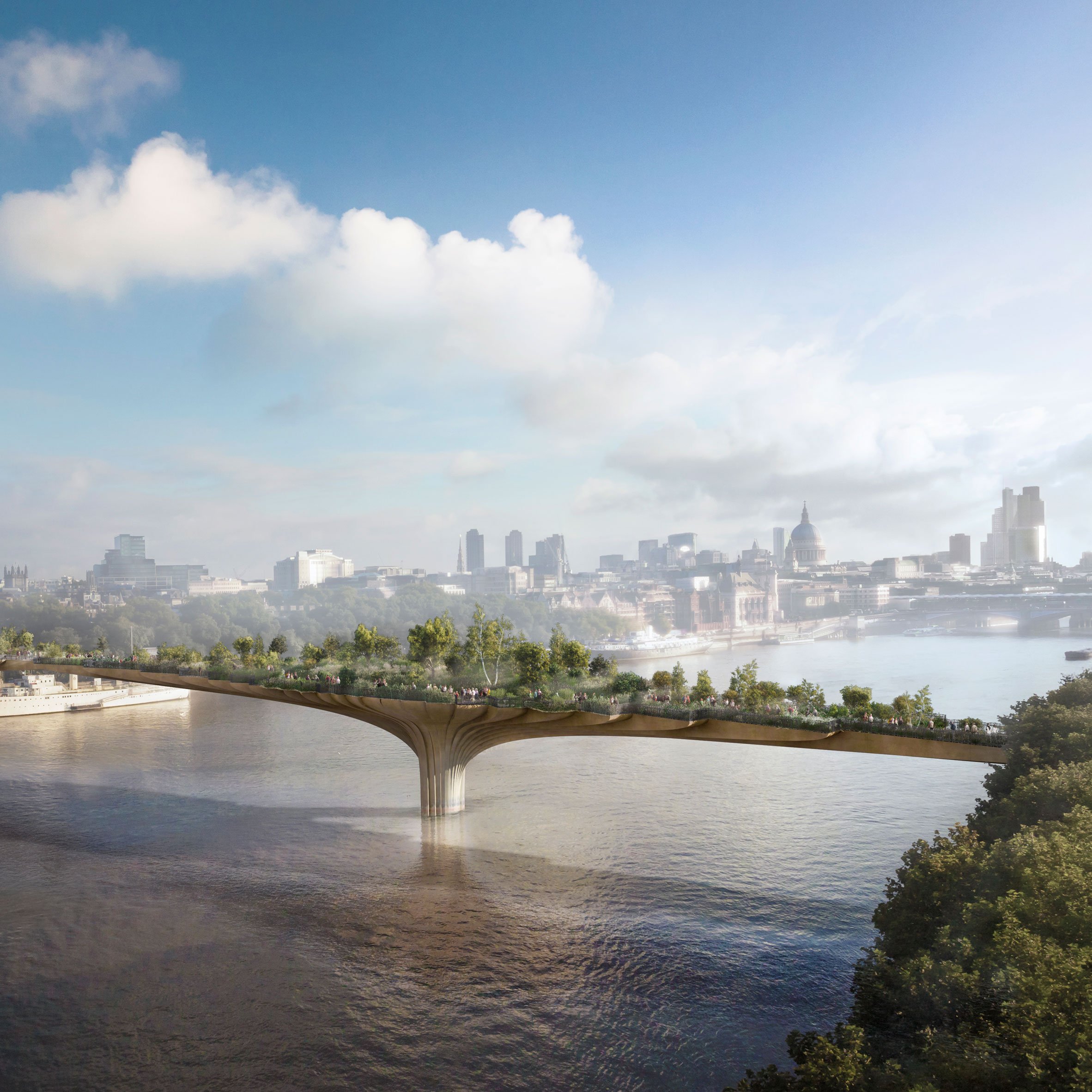