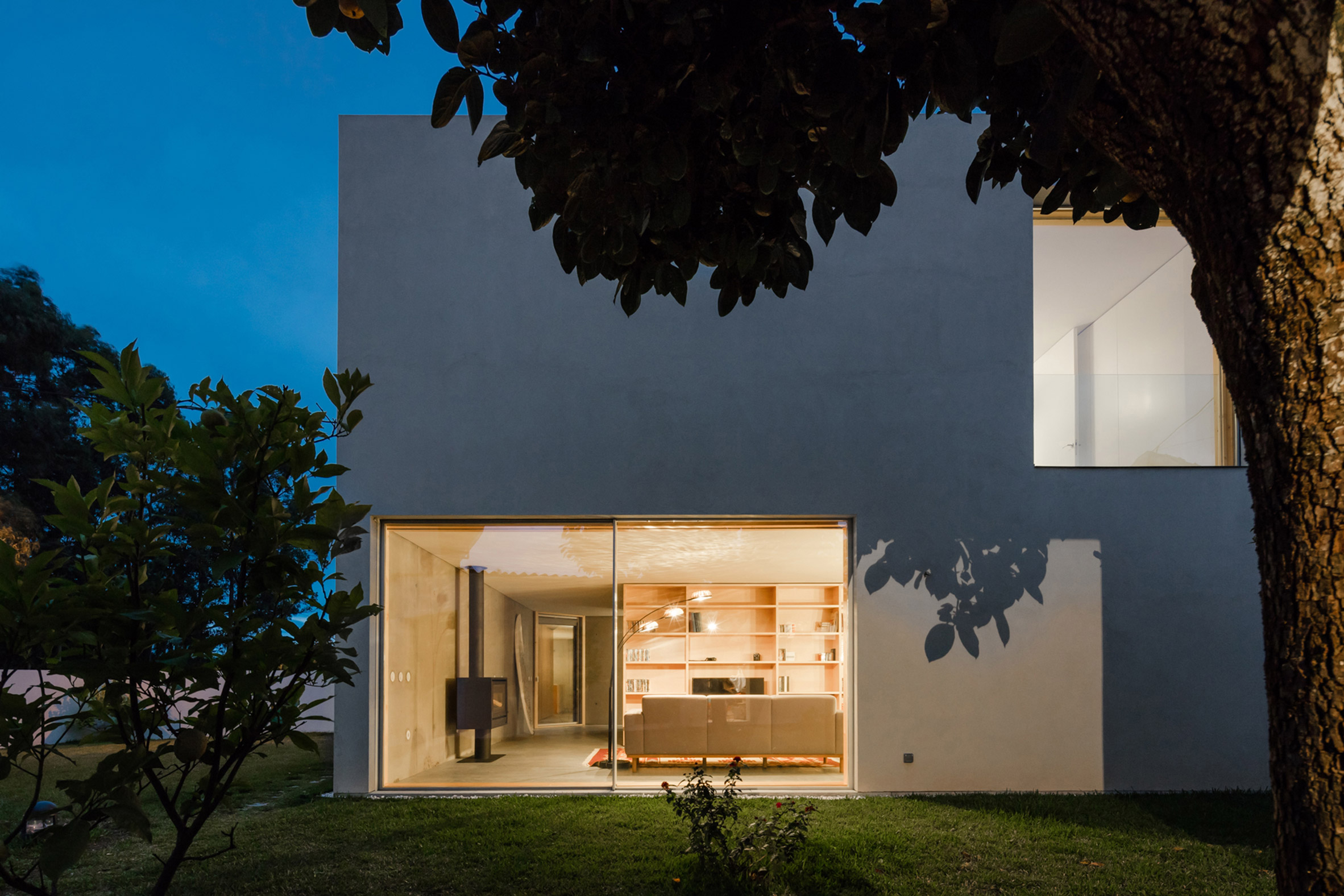 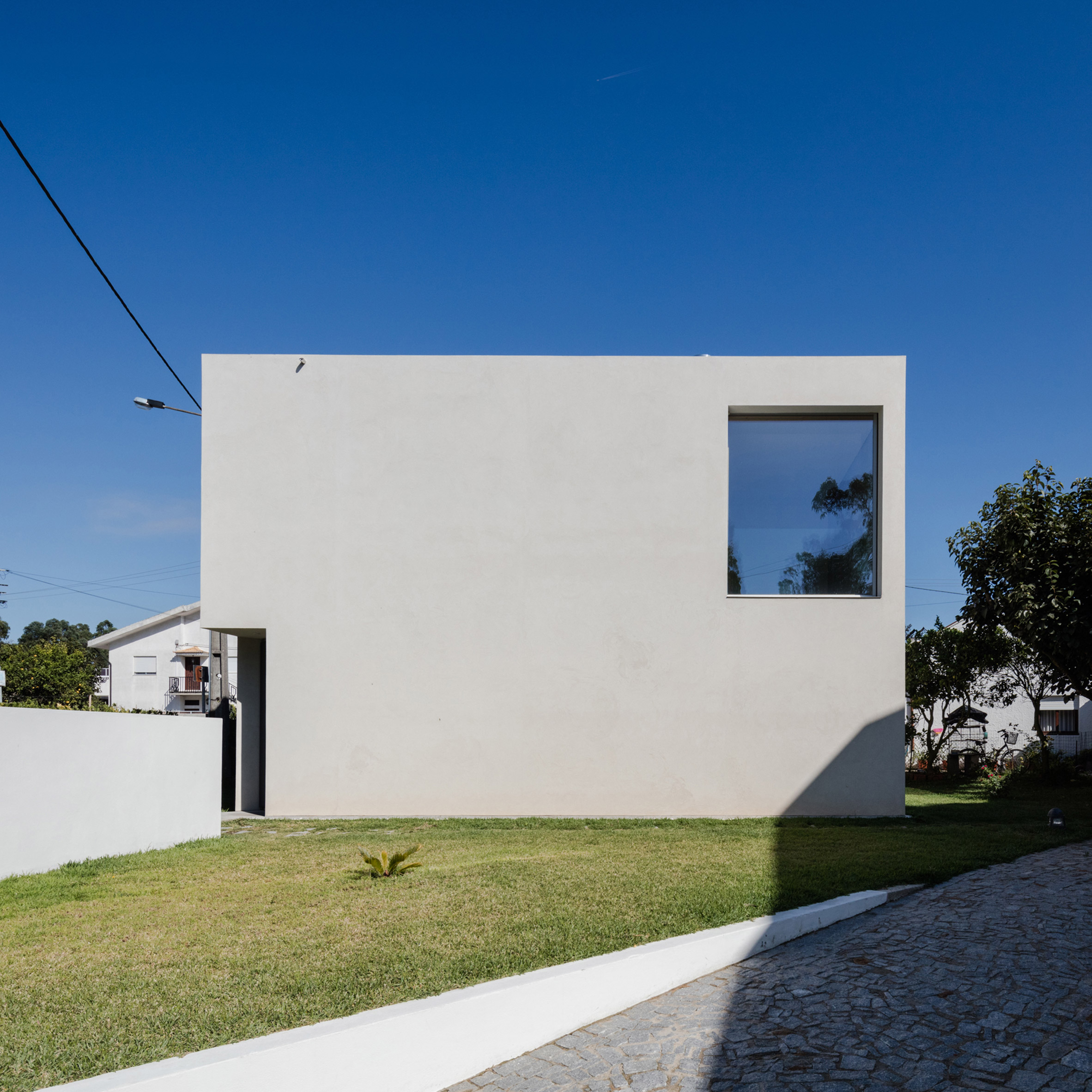 Called Mami House, the property they ended up with is a simple two-storey home contained within a basic cuboid.

It is located in Matosinhos, a coastal town just outside Porto. It occupies a site that Nunes de Oliveira described as being “the shape of a slice of pizza”, which was previously dotted with sheds and vegetable gardens. 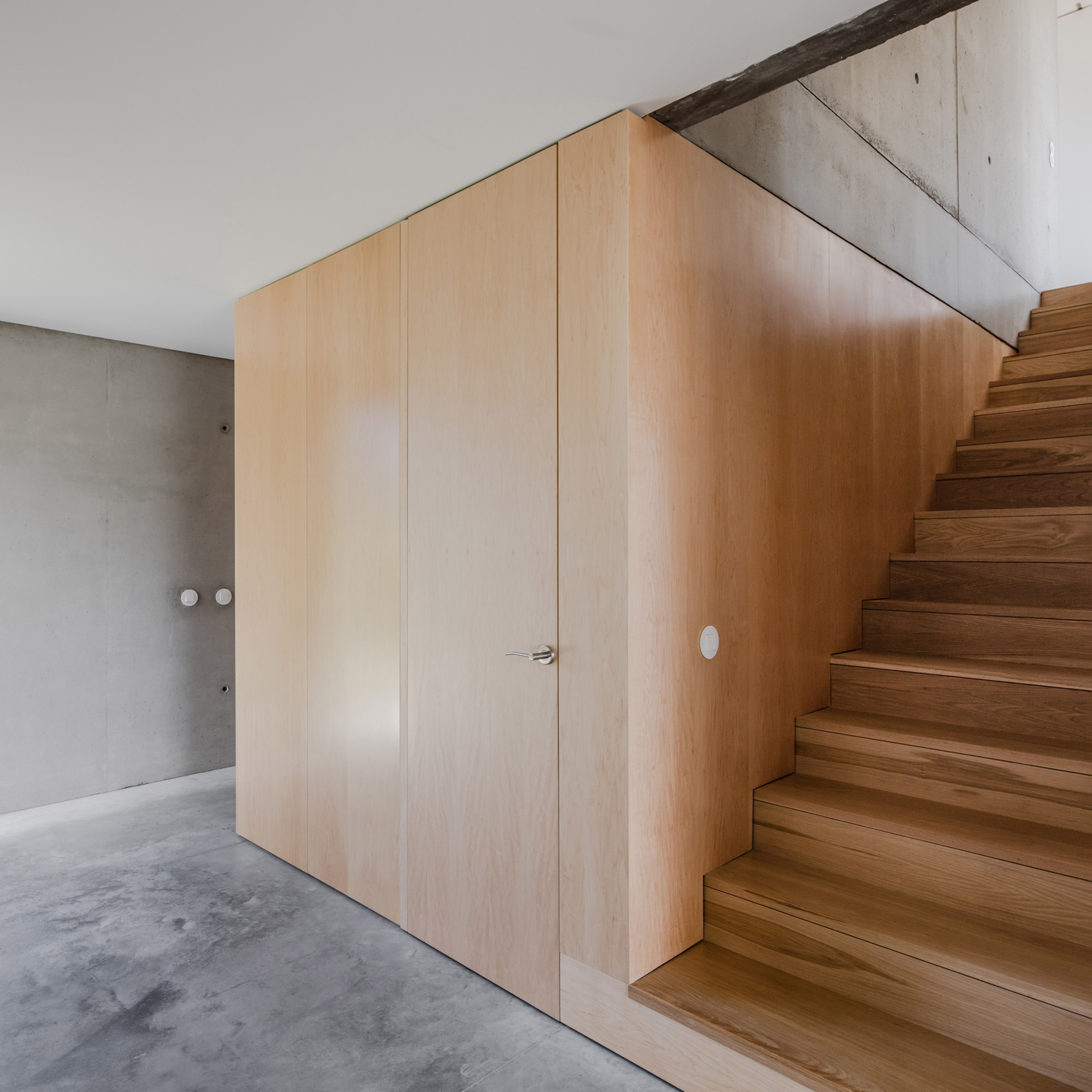 To keep the budget down, the building’s finish was kept as simple as possible. Externally, walls are coated with a pale grey render, while the concrete is left bare inside. 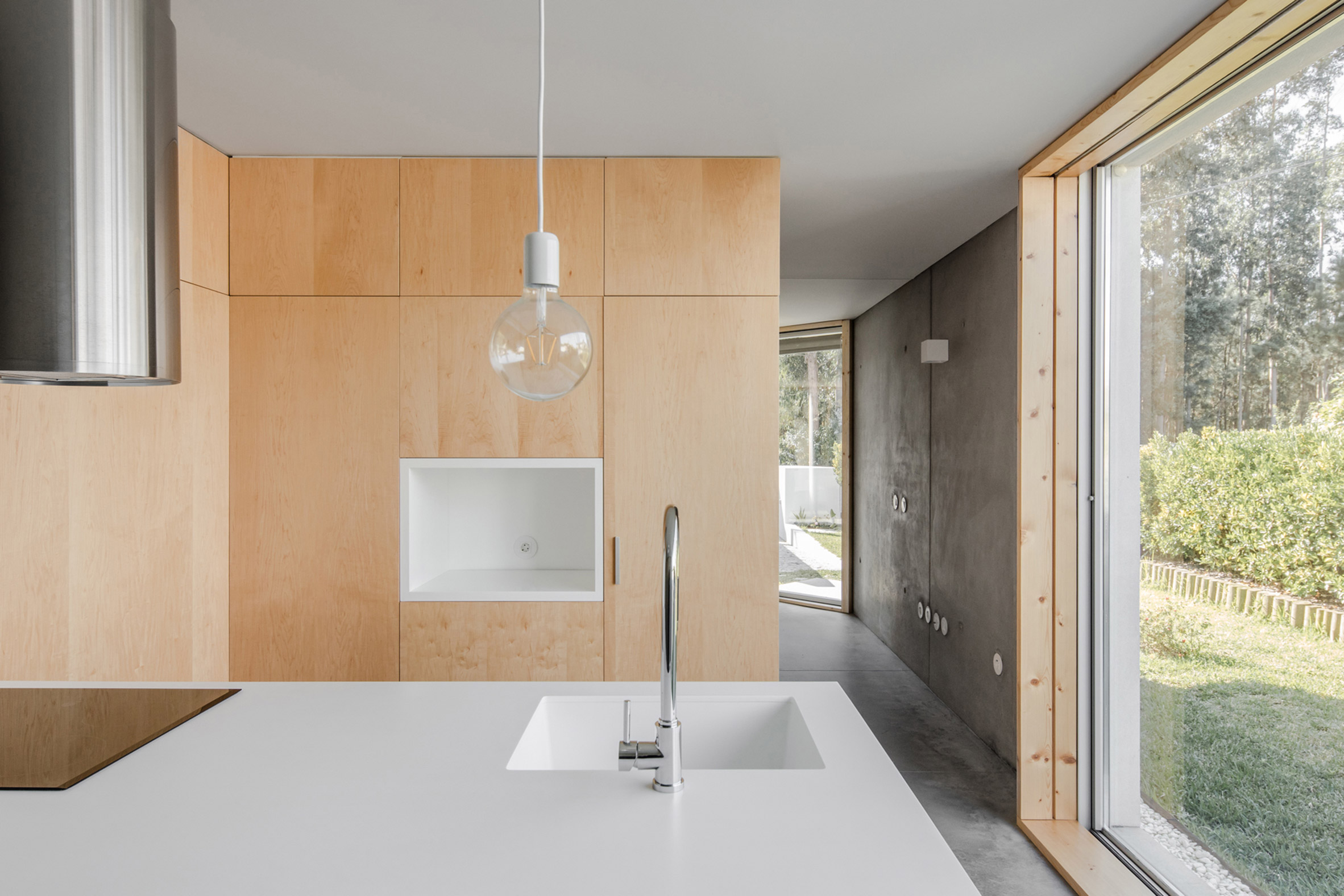 “We identified the more expensive options of a building,” explained Nunes de Oliveira.

“We prefer to invest in the energy efficiency of the building, instead of an expense in finishing materials,” he continued. “I imagine the house as a mini bunker. Natural concrete walls inside, and on the outside, a thermal insulation component system.” 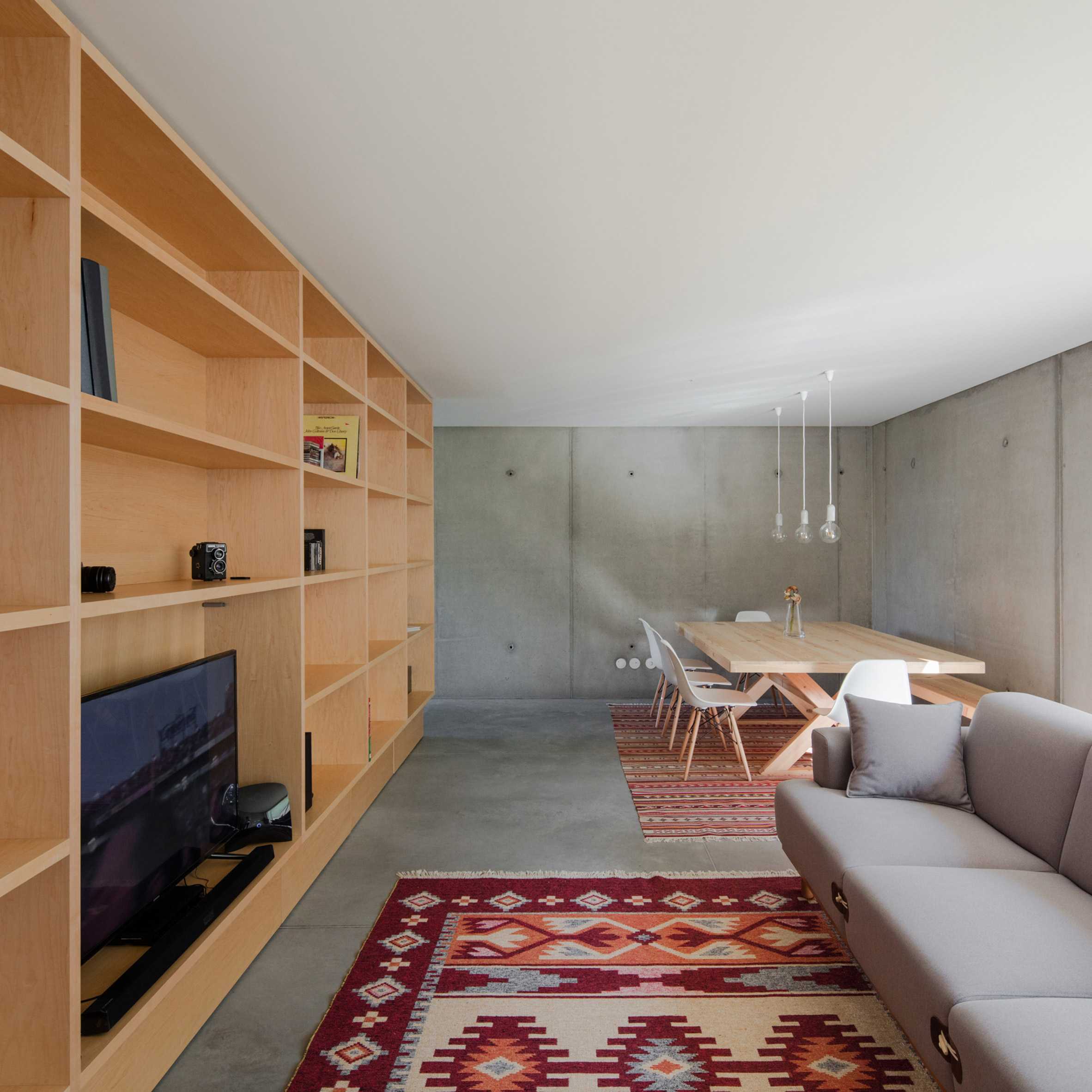 The layout is also kept as straightforward as possible, with no more partitions than necessary.

The staircase is positioned at the centre of the nine- by six-metre plan, where it serves as a space divider for both levels. On the ground floor, it divides the living and dining space from the kitchen, while upstairs it separates the master suite from two smaller bedrooms. 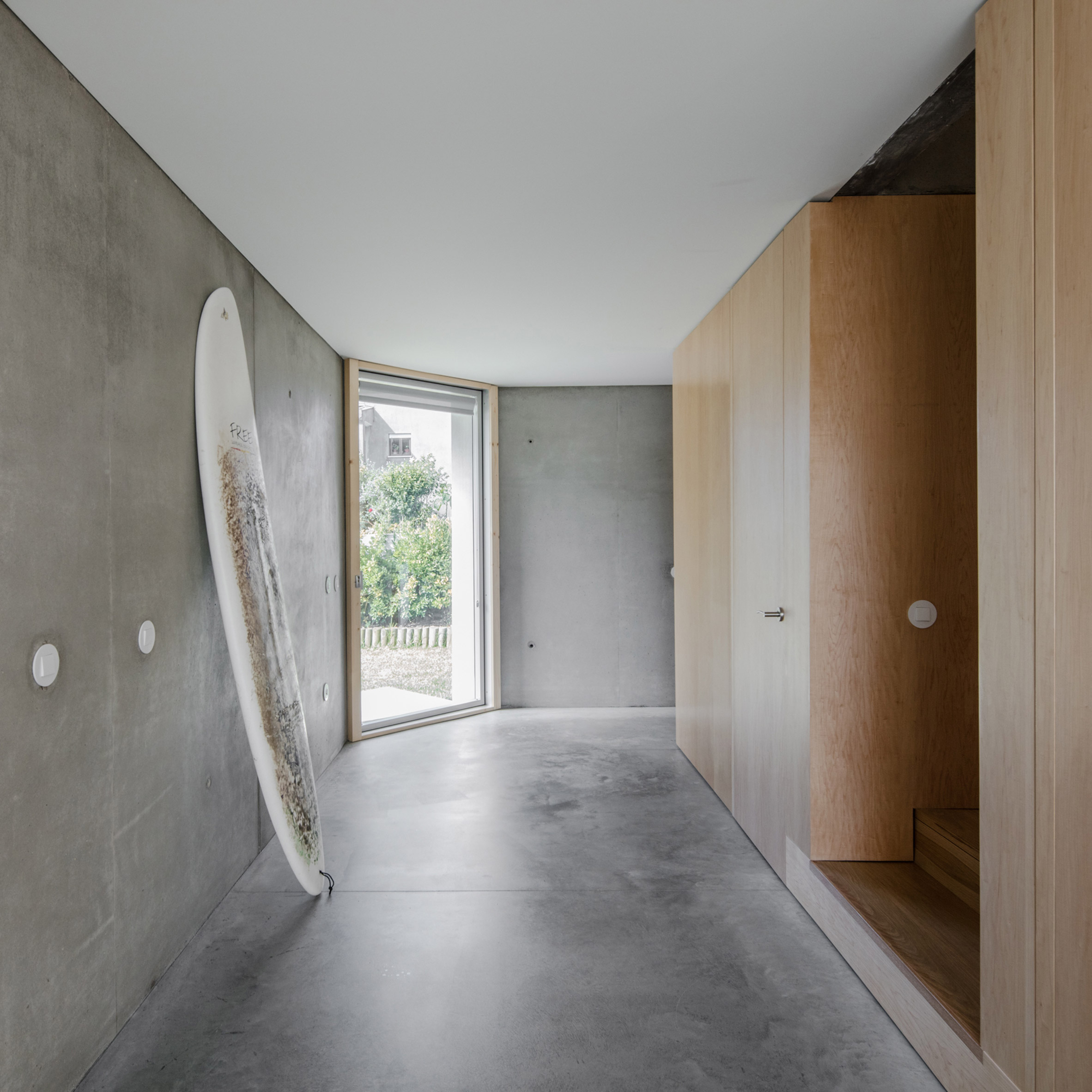 This staircase block, which also incorporates shelving and a bathroom, was built from wood, offering a warm contrast to the bare concrete. It is complemented by patterned rugs on the lower floor and wooden floors upstairs. 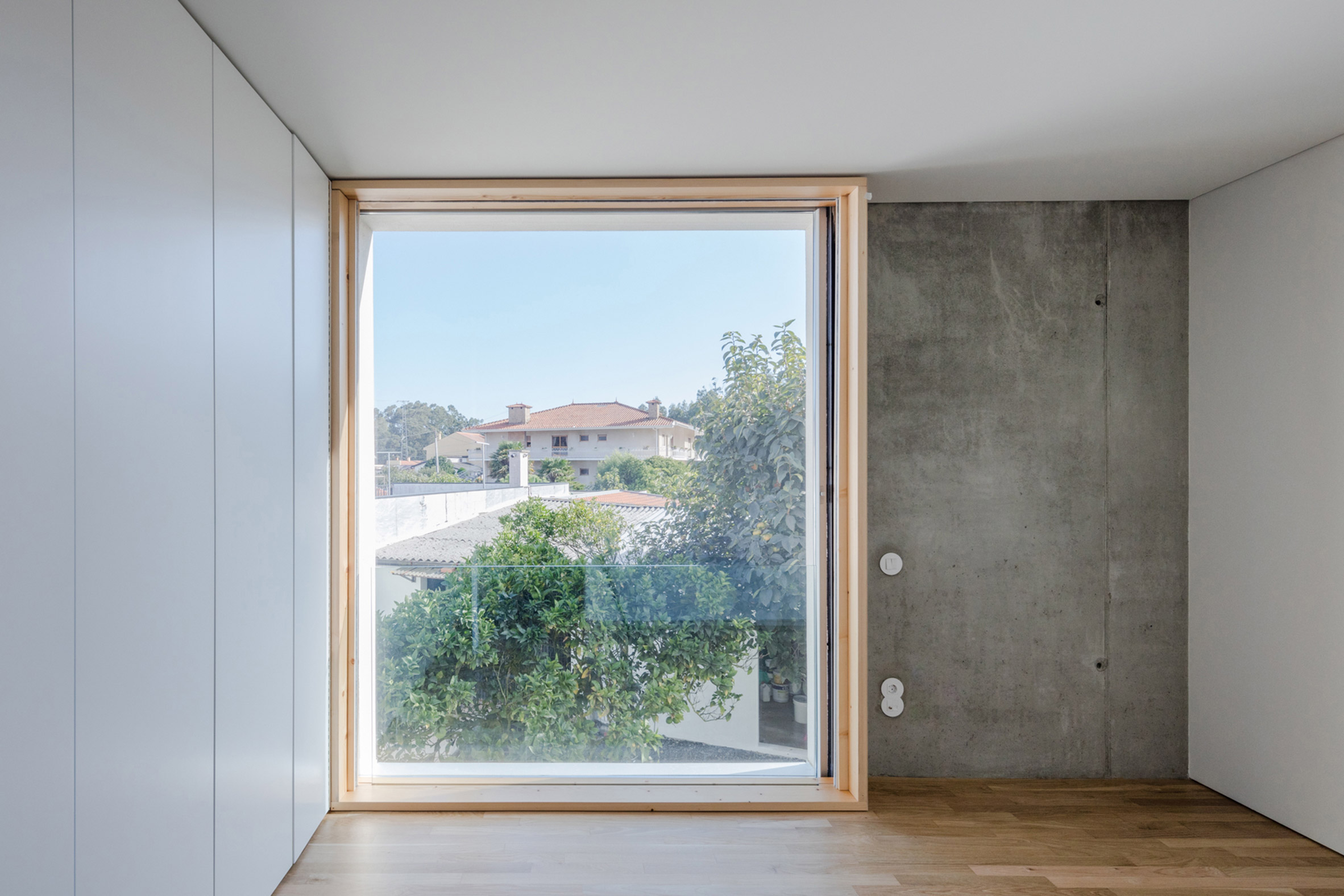 To prevent the house looking cheap, the architect specified generously sized windows. This includes one set into the corner of the building, and a pair of glass doors that open the living space up to the garden. 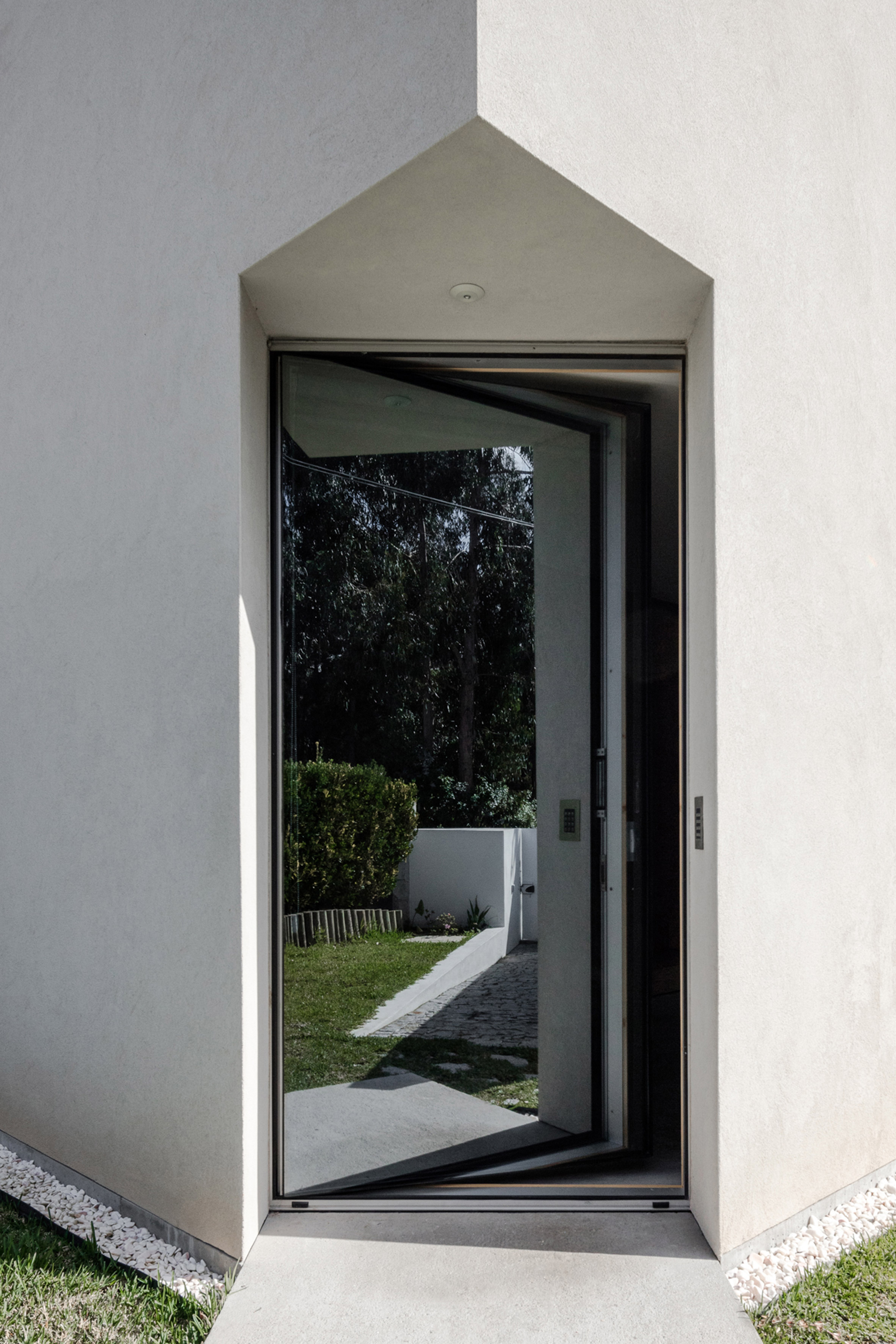 There is also a basement floor that provides the building with ample storage space. 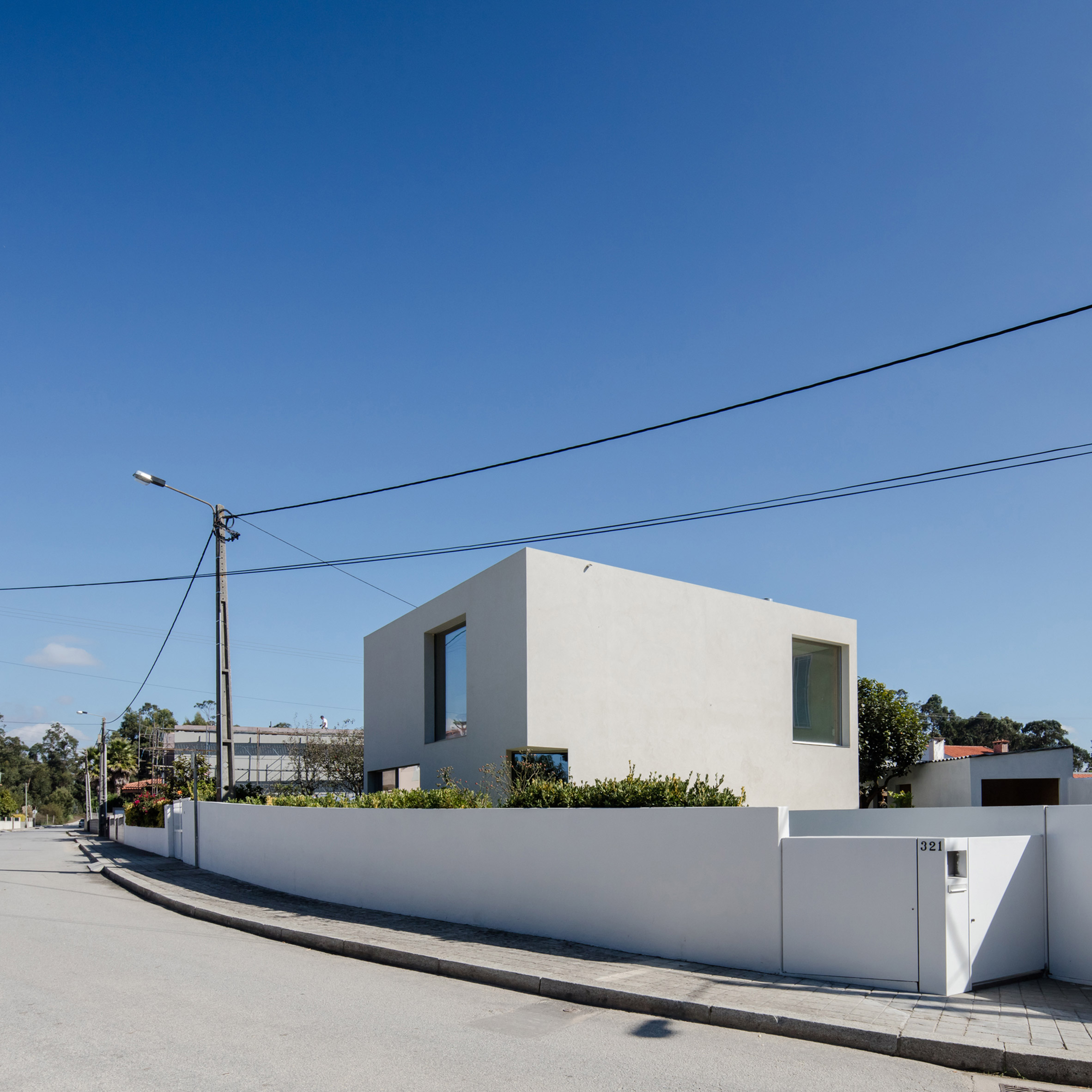 Nunes de Oliveira founded NOARQ in 2000, with offices in Porto and Trofa. Past projects include a house in northern Portugal with a roof that extends into a hillside. 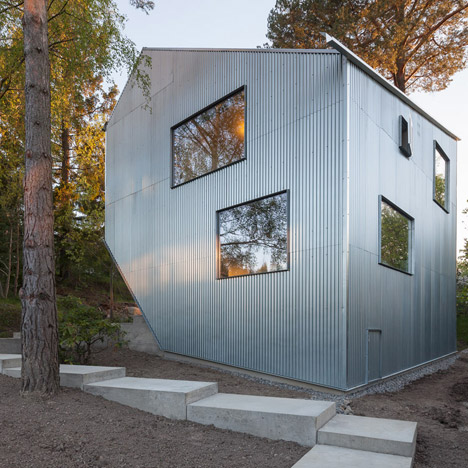 Photography is by João Morgado.

The post Mami House is a “mini bunker” built for a family on a very tight budget appeared first on Dezeen.