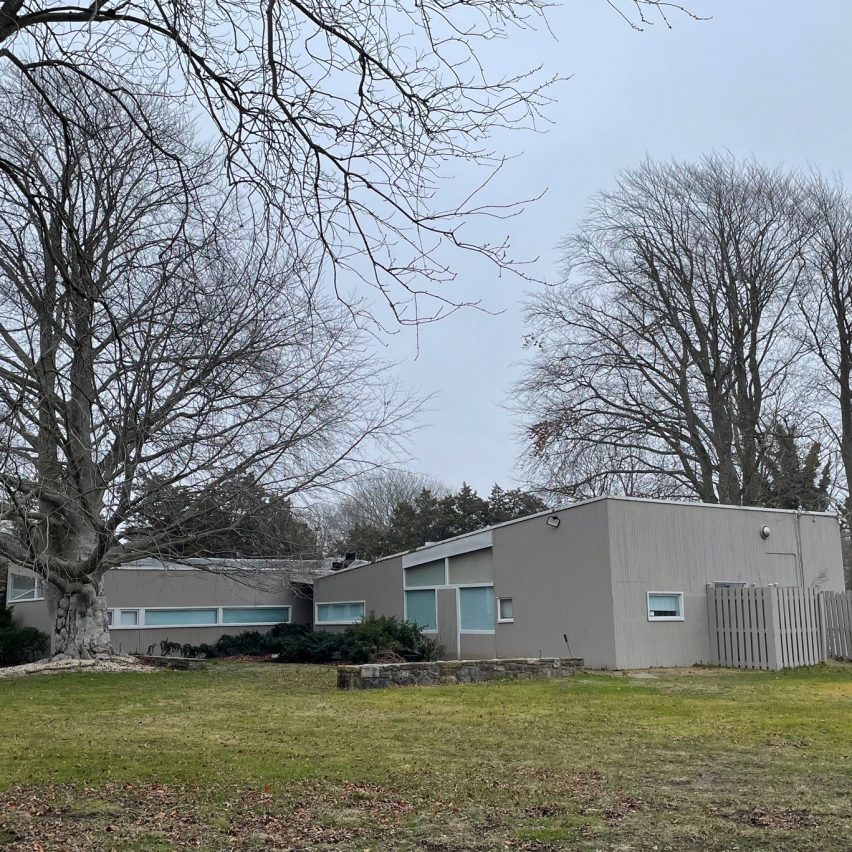 Modernist architect Marcel Breuer‘s Geller I house in Long Island, which was his first “bi-nuclear” home, has been demolished to make way for a tennis court.

The home in the village of Lawrence, Long Island, which was one of Hungarian-American architect Breuer’s first buildings in the USA, was demolished on 25 January.

“Marcel Breuer’s first binuclear house, Geller I in Lawrence, New York has been demolished in the dead of night,” revealed non-profit preservation society Docomomo US in a post on its website.

“Most significant loss in recent memory”

Named Geller I after its clients Betram and Phyllis Geller, the house was the first building designed by Breuer after leaving the studio he ran with architect Walter Gropius.

The house was reportedly demolished as the owners wanted to combine two plots and create a larger home, with a tennis court expected to be built on the site.

Docomomo US executive director Liz Waytkus described the demolition as “a devastating loss”.

“Individual houses are hard to save but this was by far the most significant loss in recent memory,” she told Dezeen.

“The house was not just any Marcel Breuer designed home but really the first of his own design blending American ideas, materials and his own upbringing in Hungary. You just don’t expect a Breuer house to come down and certainly not for a tennis court.”

Docomomo US was in the process of trying to protect the house from demolition after reports that its owners intended to demolish the property.

The preservation society made an application for the building to be listed as a local landmark in December.

Geller I was designed to align with the modern needs of the US family. It was the first in his series of bi-nuclear homes, where the architect separated the sleeping areas and the living spaces into two wings divided by an entrance hall.

Both the home and adjacent guest house were topped with butterfly-pitched roofs. 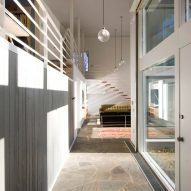 “The Geller House, as one of the earliest executions of Marcel Breuer’s bi-nuclear design, helped set the stage for a trend in residential modern design on Long Island in the years following world war two,” explained Docomomo US on its website.

“Its butterfly-pitched roof and its efficient design scheme that distinguished between daytime and nighttime uses became a prototype for how modern family living could be ideally achieved.”

Breuer was one of the 20th century’s most significant architects and furniture designers who was awarded the AIA Gold Medal in 1968. He was a student at the Bauhaus who went on to become a master in the carpentry workshop.

After fleeing from Germany to London as the Nazis gained power he moved to USA, establishing his studio in New York in 1946. He designed over 100 buildings in the US including New York’s Whitney Museum of American Art, which is now The Met Breuer.

The photography is courtesy of Docomomo US, unless stated otherwise.