the port of la savina, the main point of access to spain’s formentera island, serves as a border between an urban neighborhood, the mediterranean sea, and a saltwater lake within ses salines natural park. giving protection to the open sea, this lake has traditionally been used as a natural harbor to anchor small fishing boats. because of its geographic importance, architect marià castelló situated his municipal sailing school along this coastal site, a project designed to express the nautical characteristics of its context. 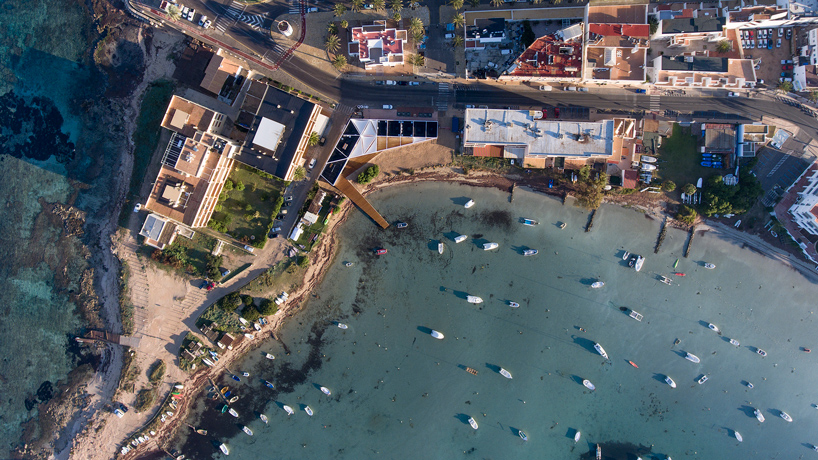 influenced by the programmatic duality of the project, castelló divides the building between two independent volumes, separating classrooms and offices from a workshop and dressing rooms. the two volumes face a different street, at whose intersection the building offers a void space with visual access toward the waterfront with its oblique geometry, and a covered space for gathering in the shade. alongside the duality of program, the intervention expresses a duality of converging landscapes. toward the north, the volumes seem opaque, heavy and without depth. on its south side, the building is opened with a wide platform that unites the two volumes and extends into the lake as a dock. 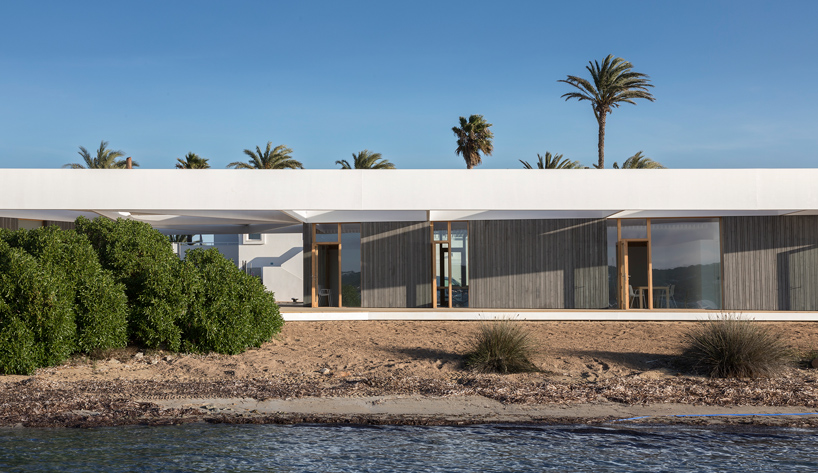 through a tectonic based almost entirely on a single material, a lightweight building has been erected, built with low environmental impact. similar to the boathouses traditionally built along the island’s coastline, the studio worked primarily with wood, manifested in different forms and types depending on the requirements. with the structure, enclosure, and finish fabricated with cross-laminated timber, the ventilated facade is expressed with pine louvres which, over time, will take on a characteristic gray patina. the dock is fabricated with the traditional technique of wooden piles submerged below sea level, while the outer platform is suspended on a minimum foundation, prefabricated and reversible, based on surface micro-piles. 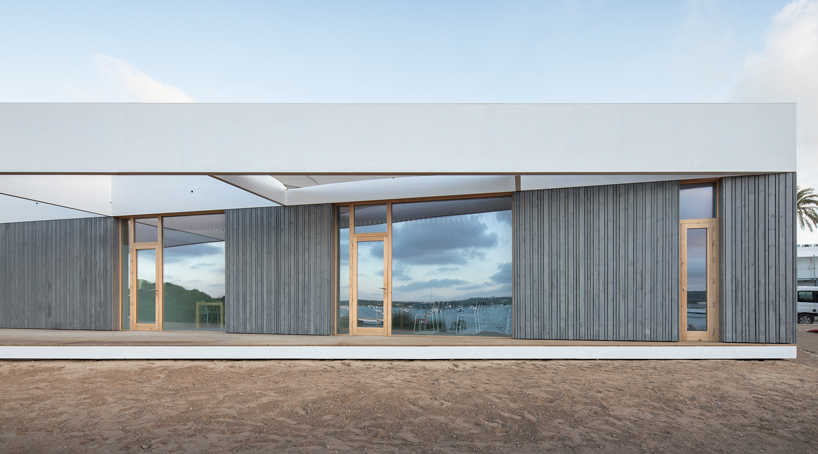 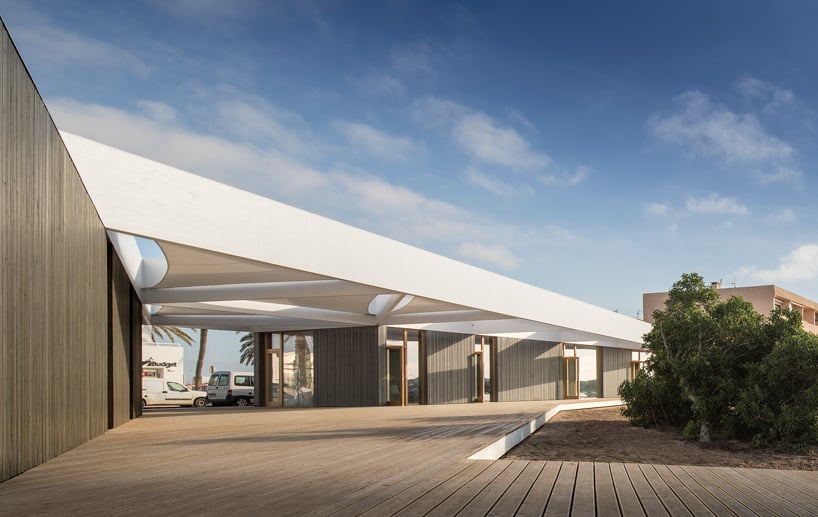 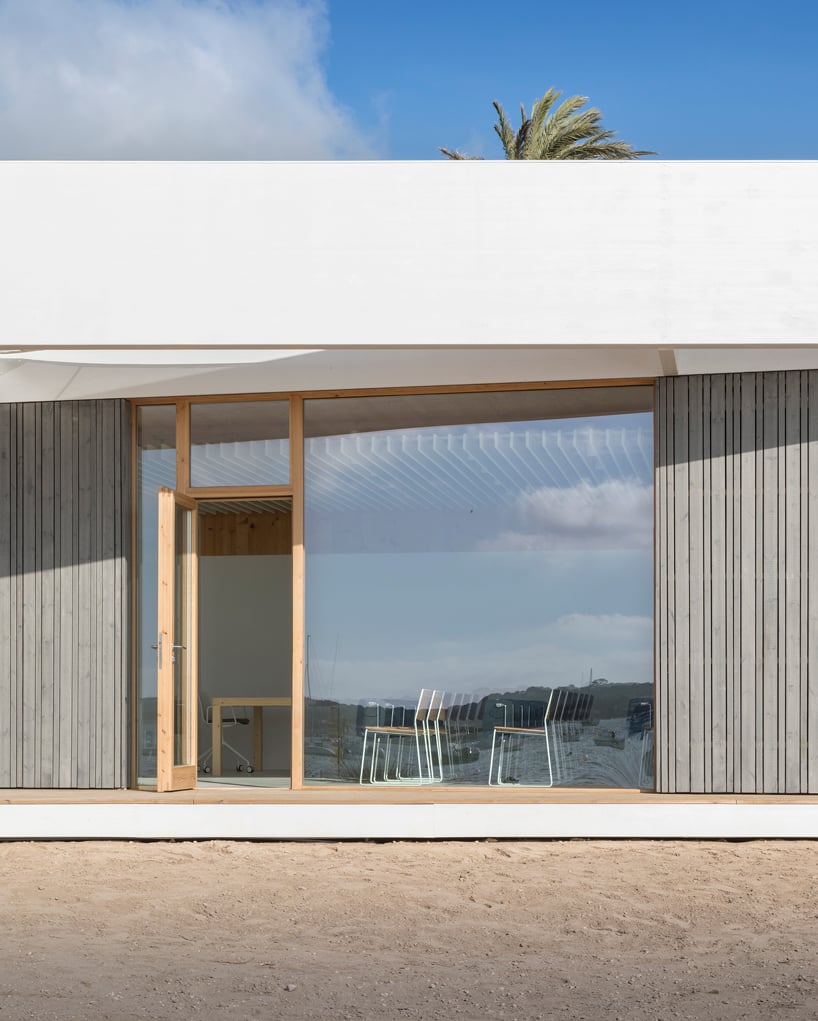 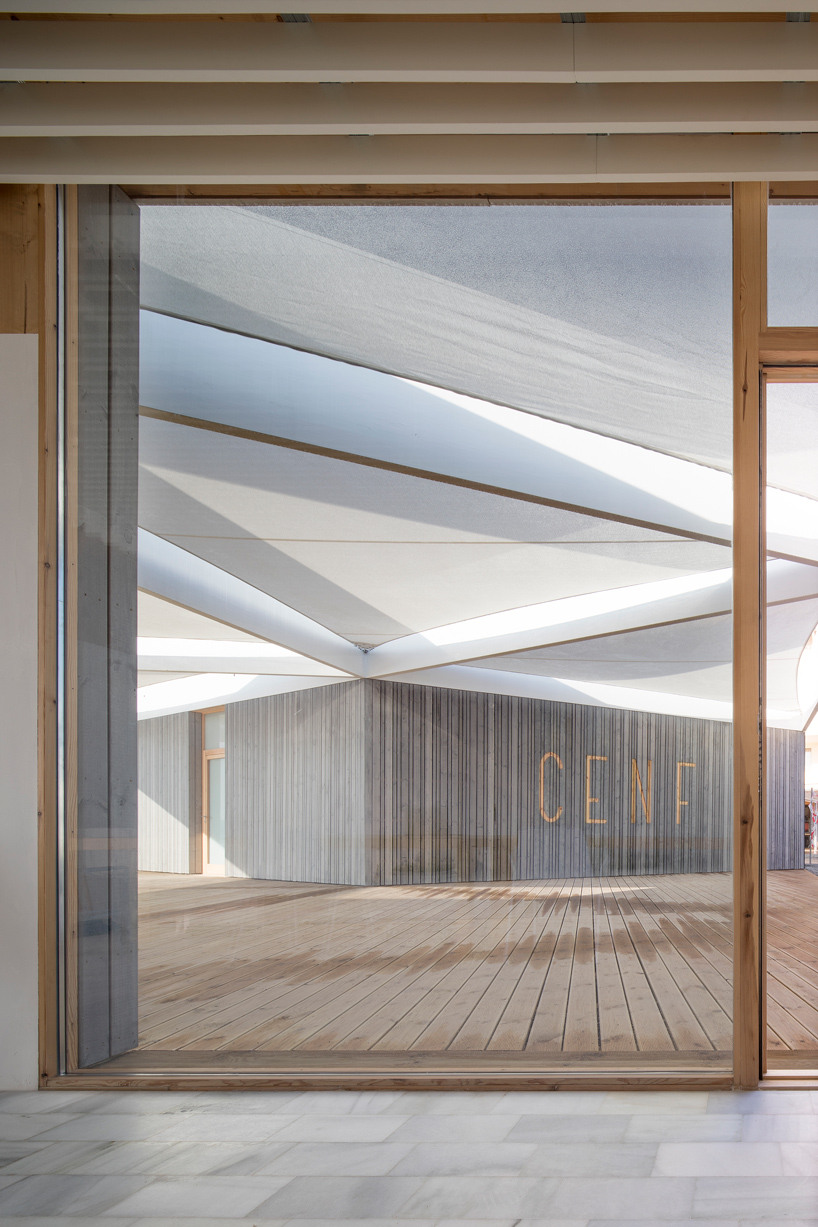 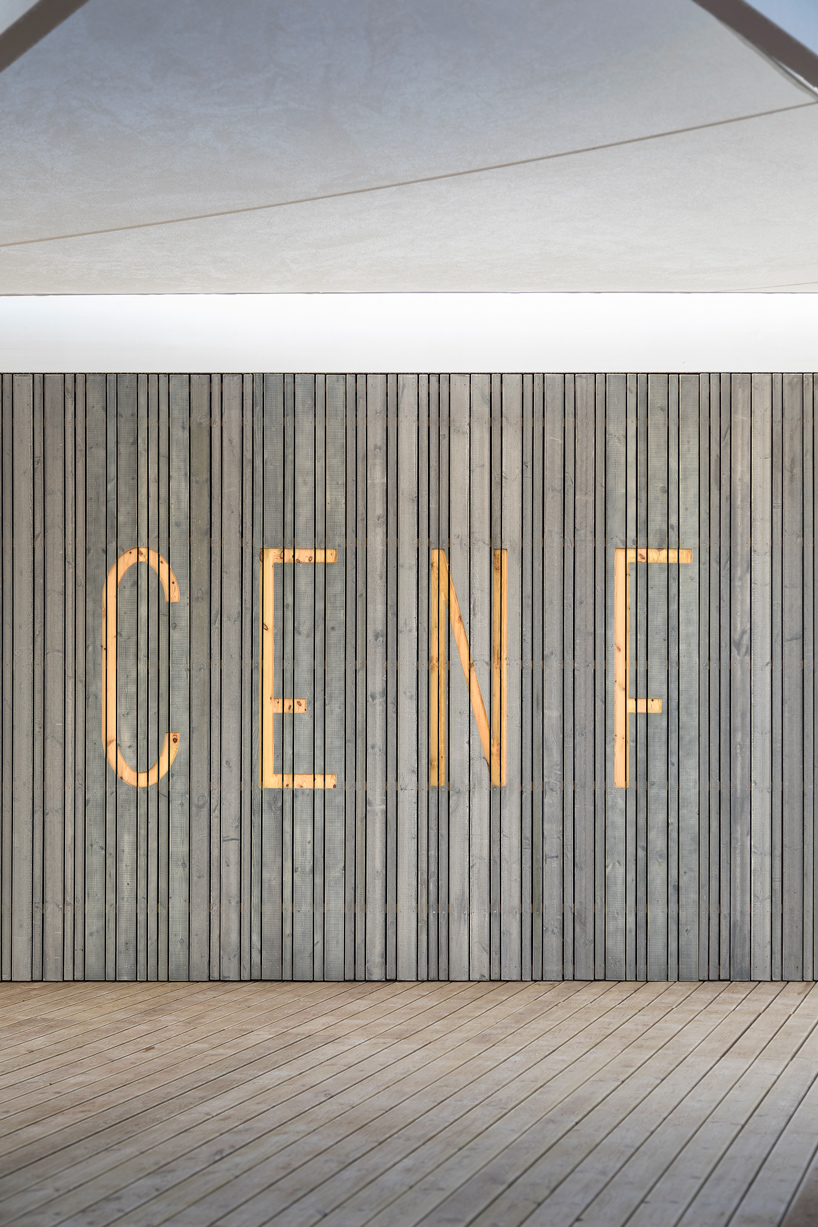 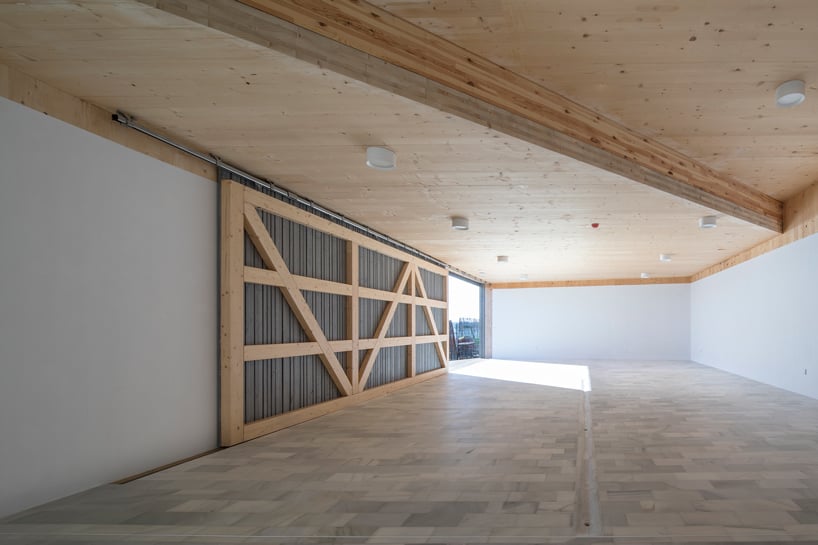 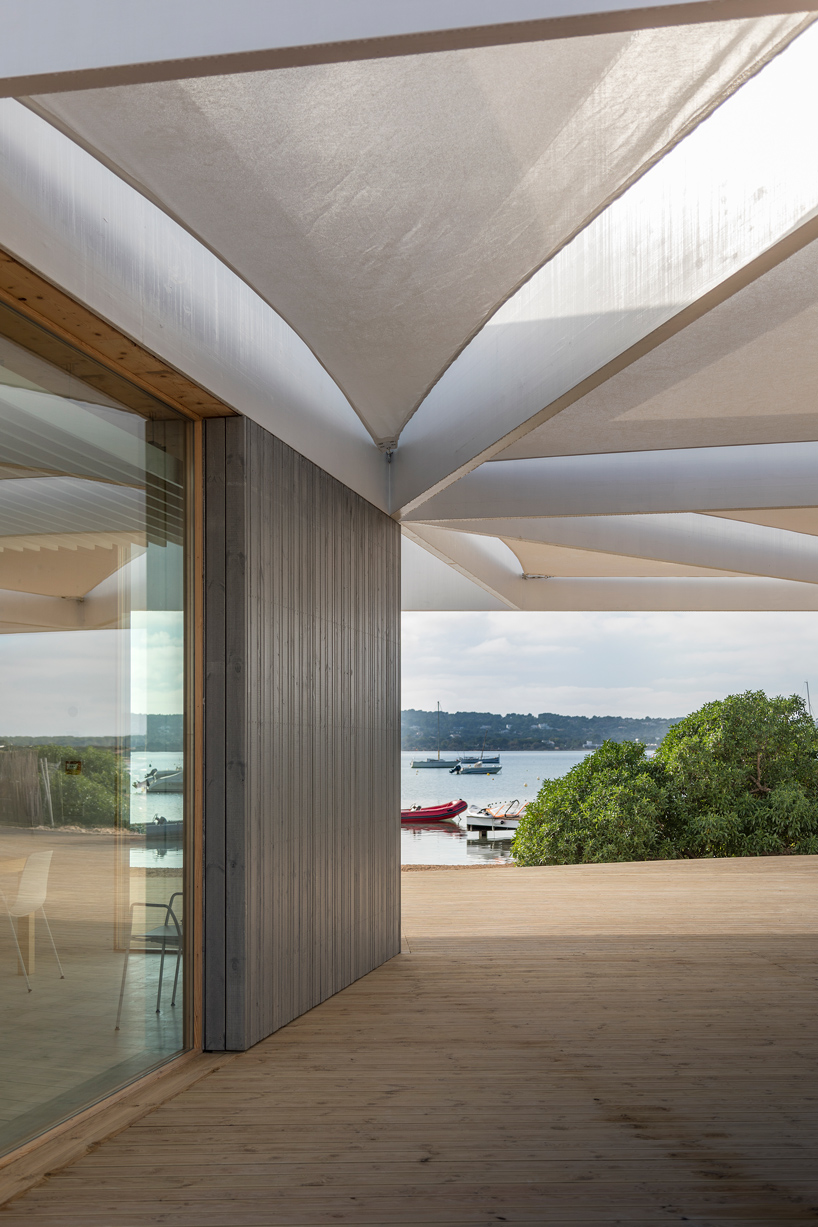 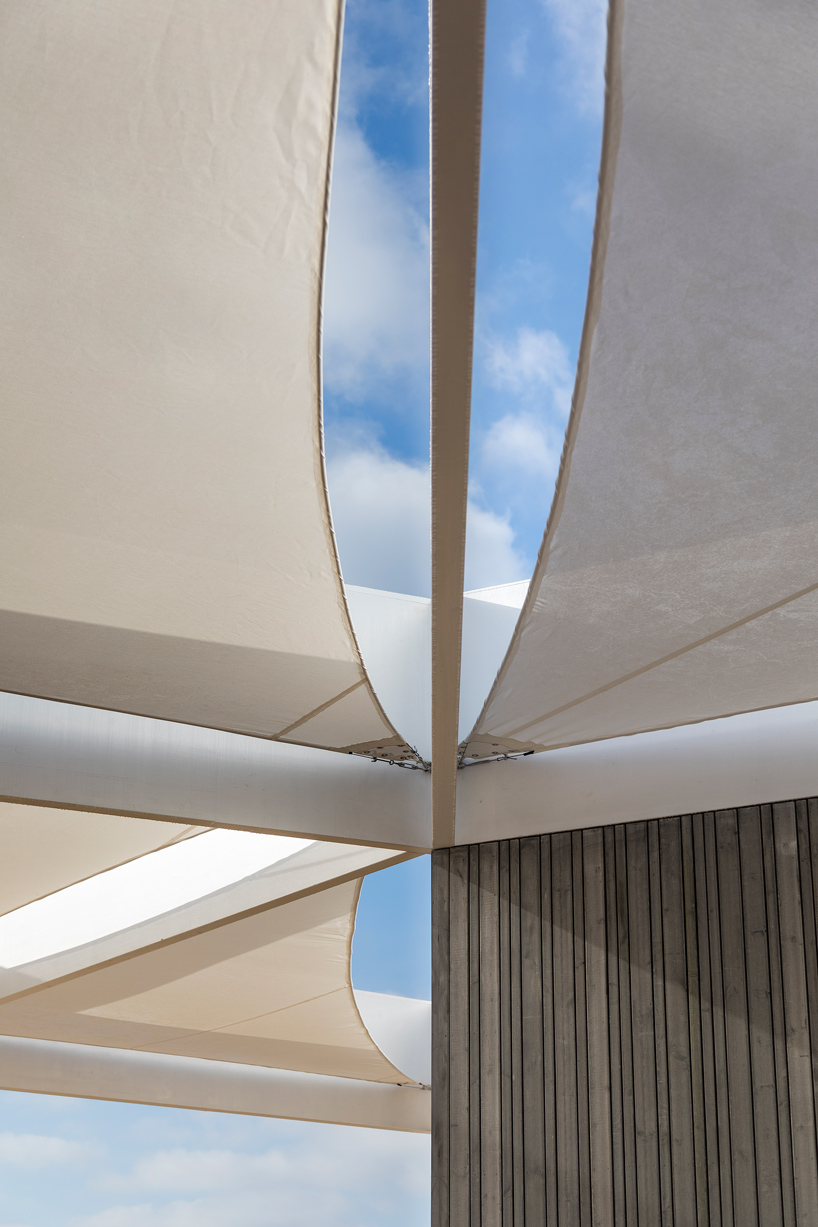 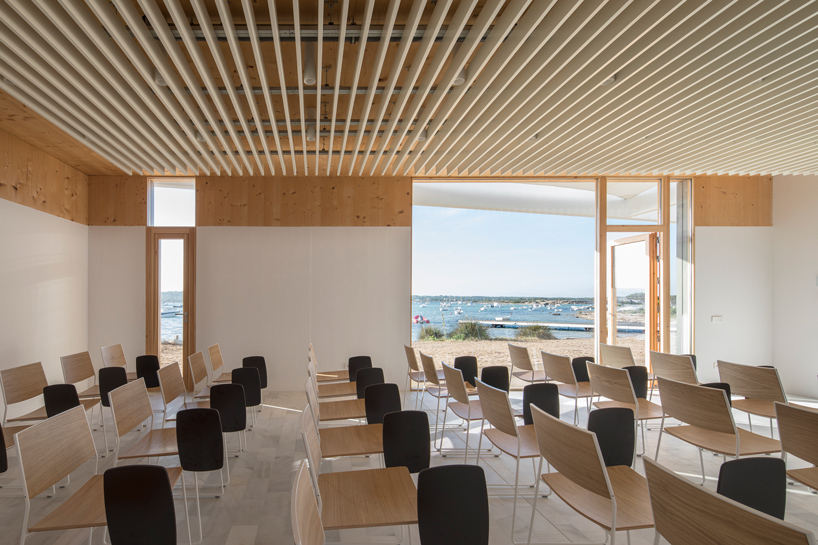 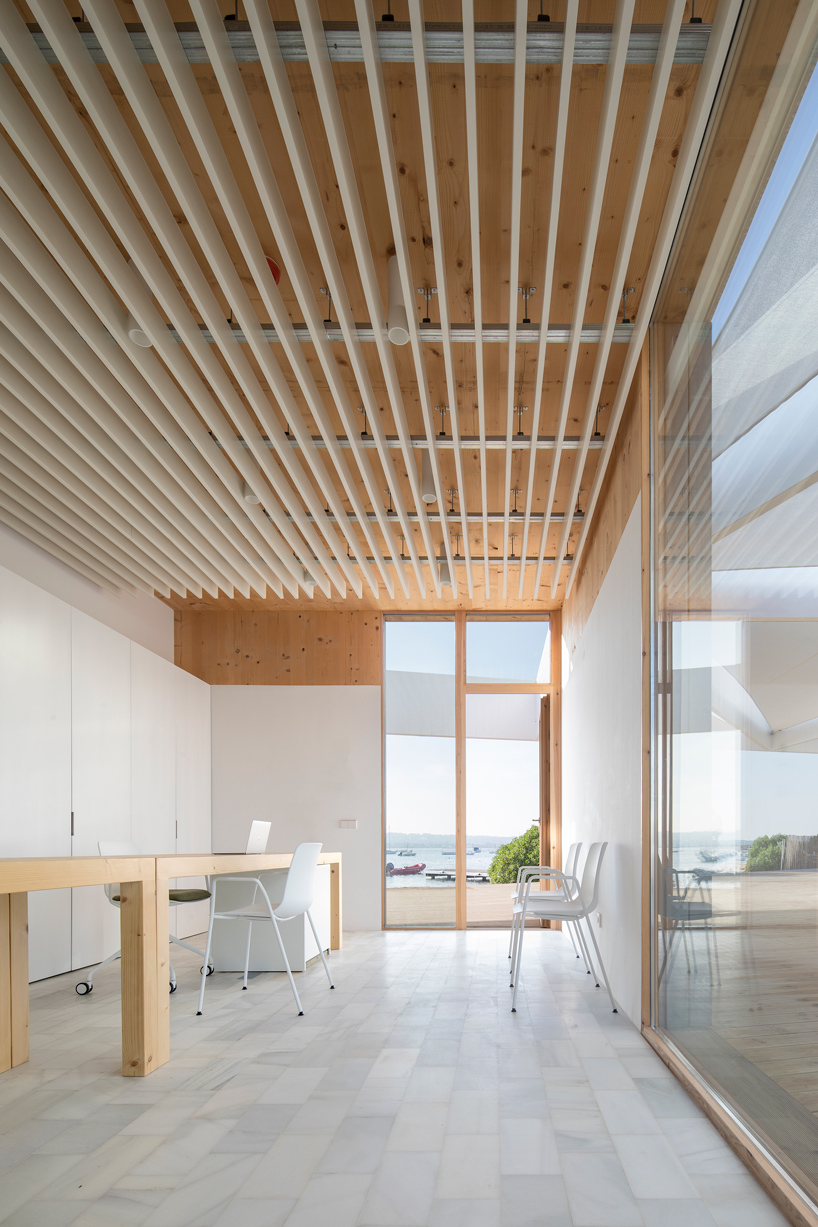 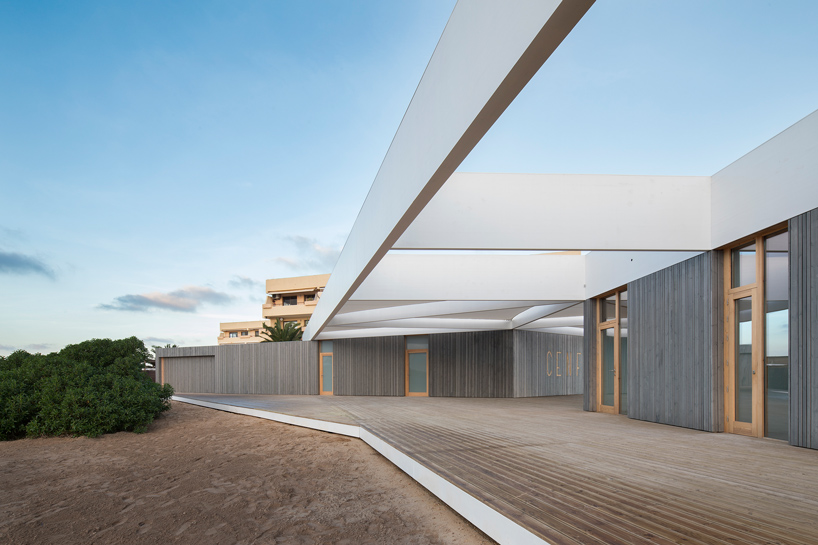 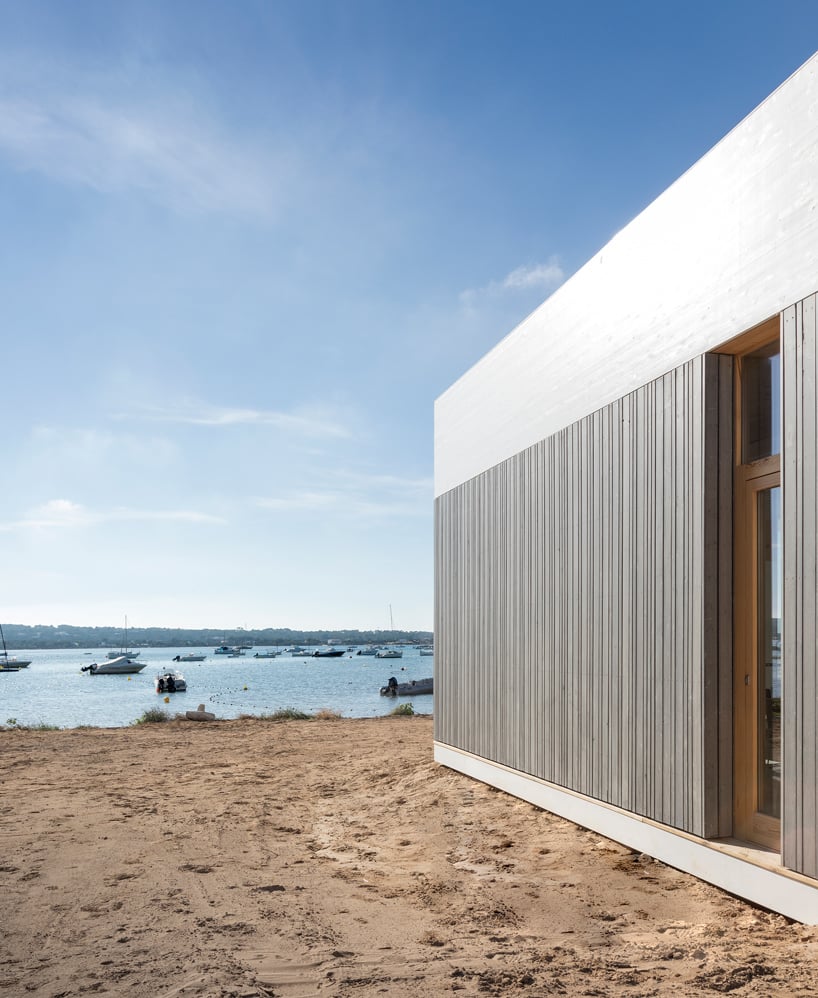 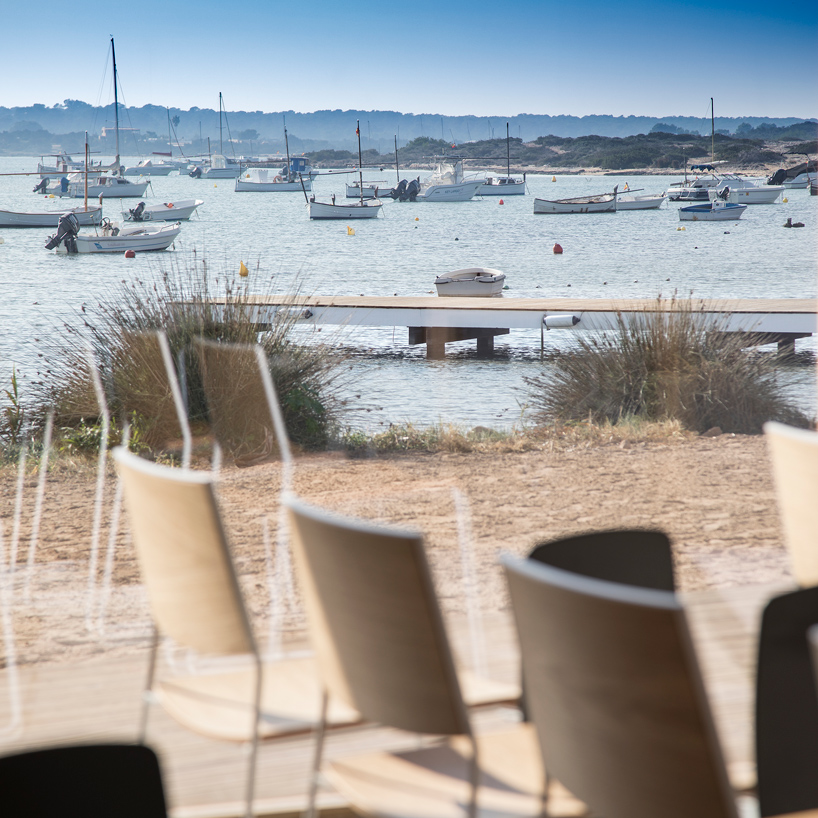