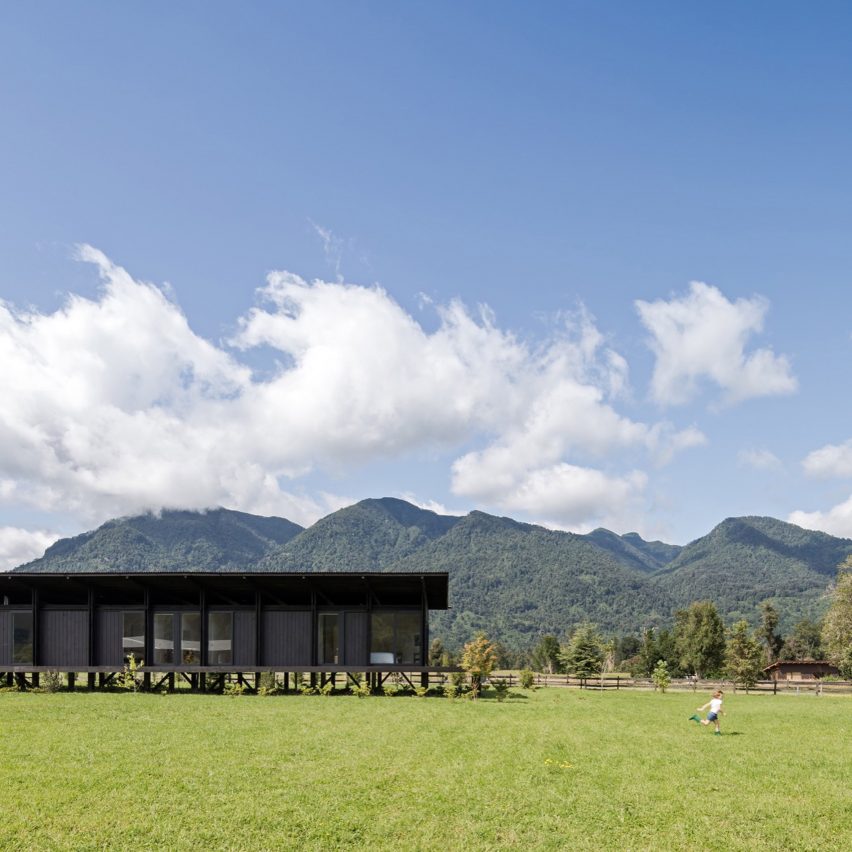 Chilean studio Max-A combined local materials with modular construction to keep costs down on Casa Tobita, a holiday home built for less that £115,000.

Located on the east side of Lake Ranco, the fourth biggest lake in Chile, the single-storey house is a rural retreat for couple Cristóbal Concha and Francisca Eguiguren. Max-A principal Maximiliano Noguera Balmaceda achieved this by designing a house that could be easily constructed by local builders, using materials that can be sourced from the region, to reduce transport costs. 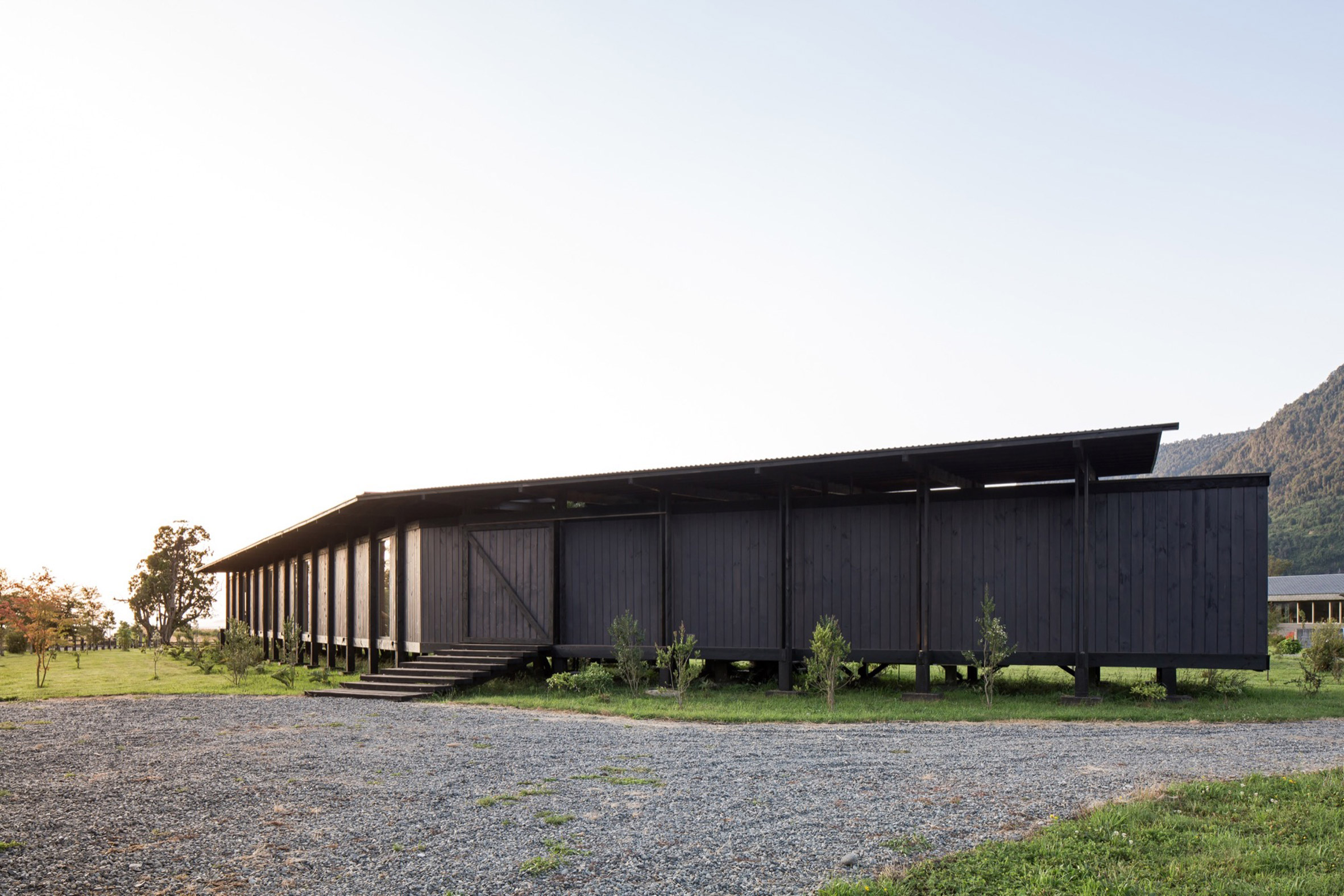 “Every time our firm is faced with projects in remote locations, we thoroughly investigate the area for available construction material, local consultants and construction teams,” explained Noguera Balmaceda. 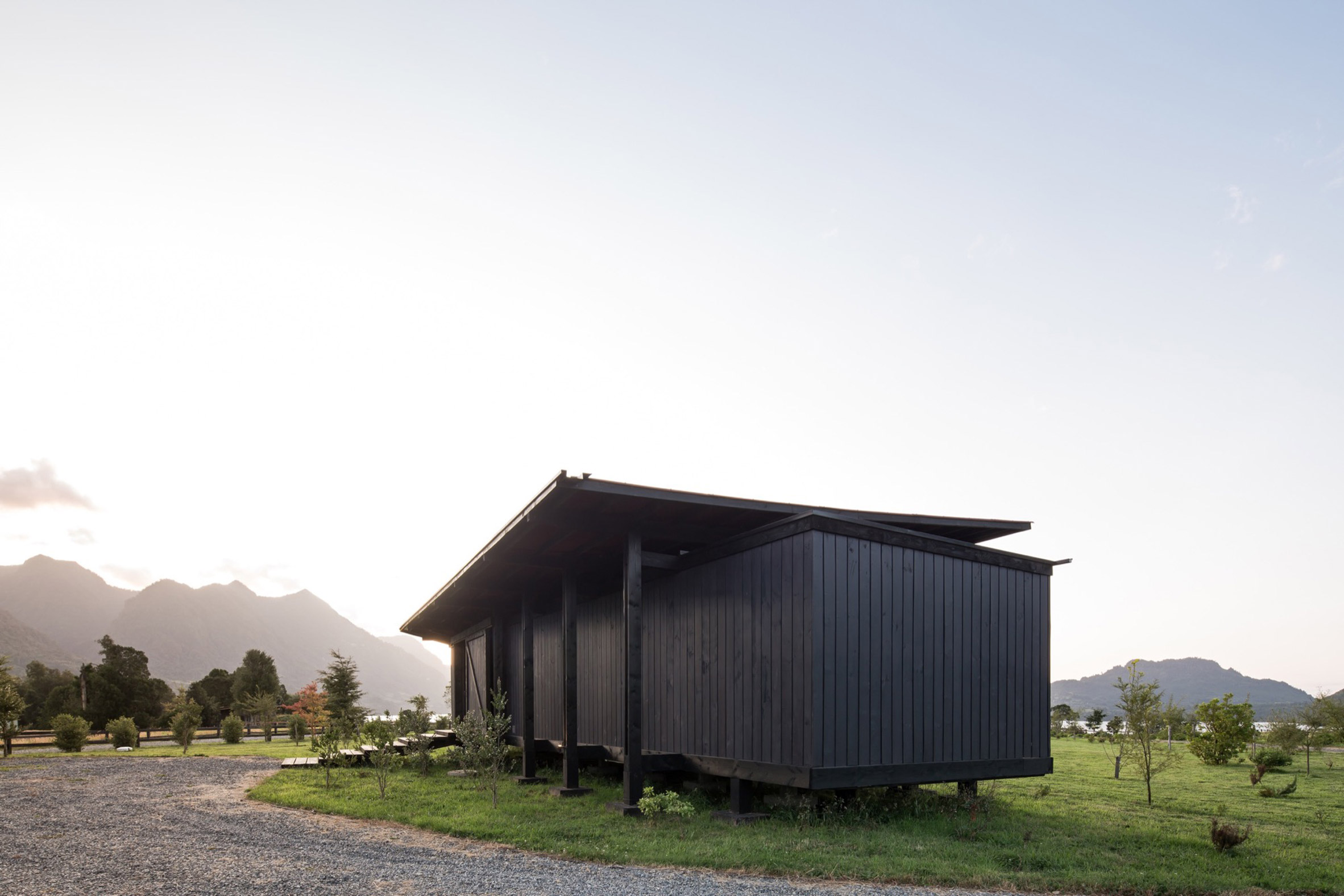 “By designing with modules, we not only reduce waste but also accelerate the construction process, making it possible to have the finished home in short time frames,” he continued.

“Using predefined measurements allowed us to work with locally produced wood and play with fitting programmatic needs into these dimensions while not losing spatial quality.” 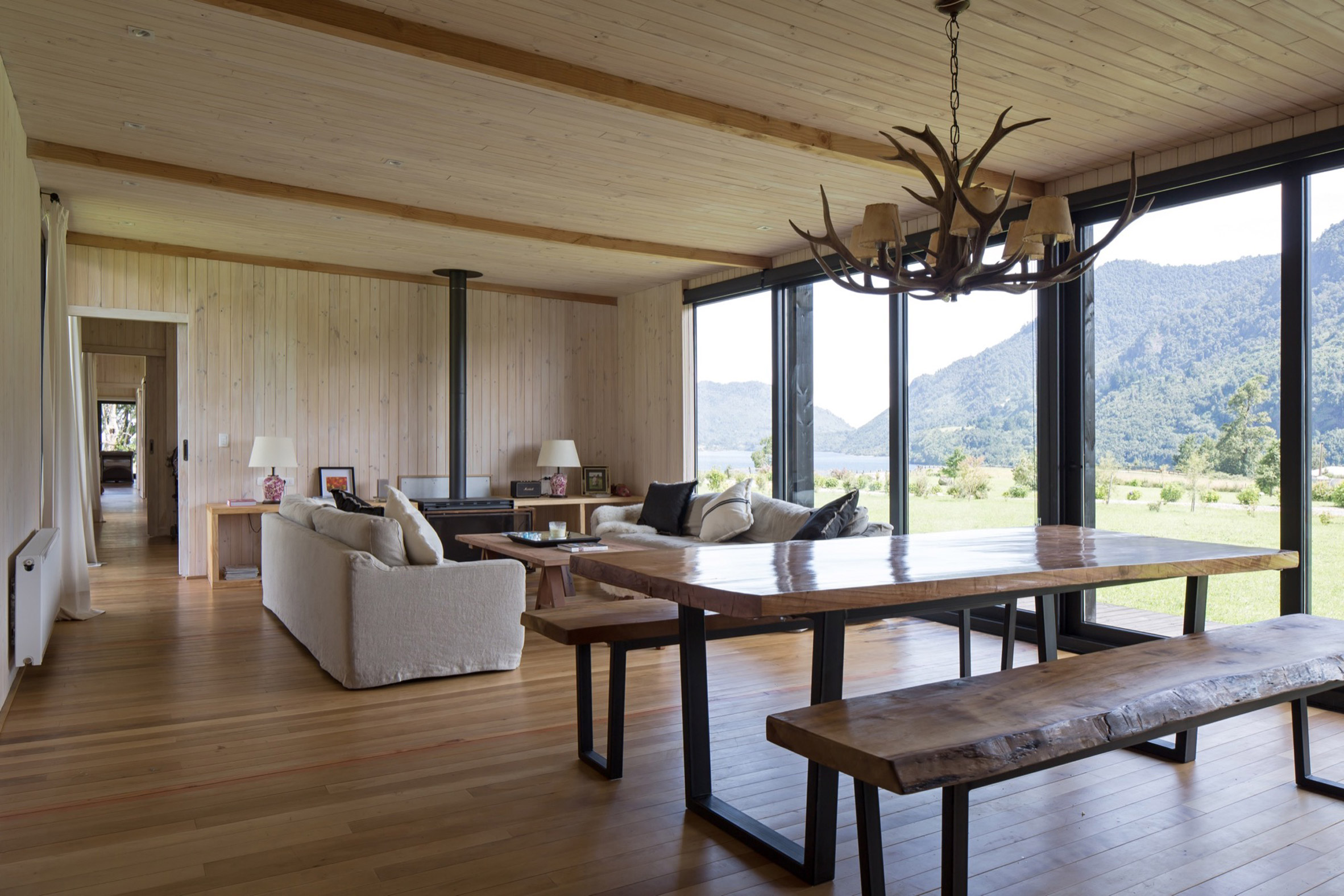 The wood they chose was radiata pine, also known as Monterey pine because it originates from Mexico. This wood was treated with a grey oil stabiliser on the exterior, which gives the building its dark colour.

The structure is raised off the ground, minimising its impact on the landscape. Similarly, the overhanging roof is a separate element elevated above the building volume. According to the architect, these two moves help to “maintain the thermal mass of the house and buffer the intensive rainfall present in the Los Rios region of Chile”.

The modular construction gives the building a linear interior layout. There are two wings, positioned at a 30-degree angle from each other, which are both sheltered under the continuous, angular roof. 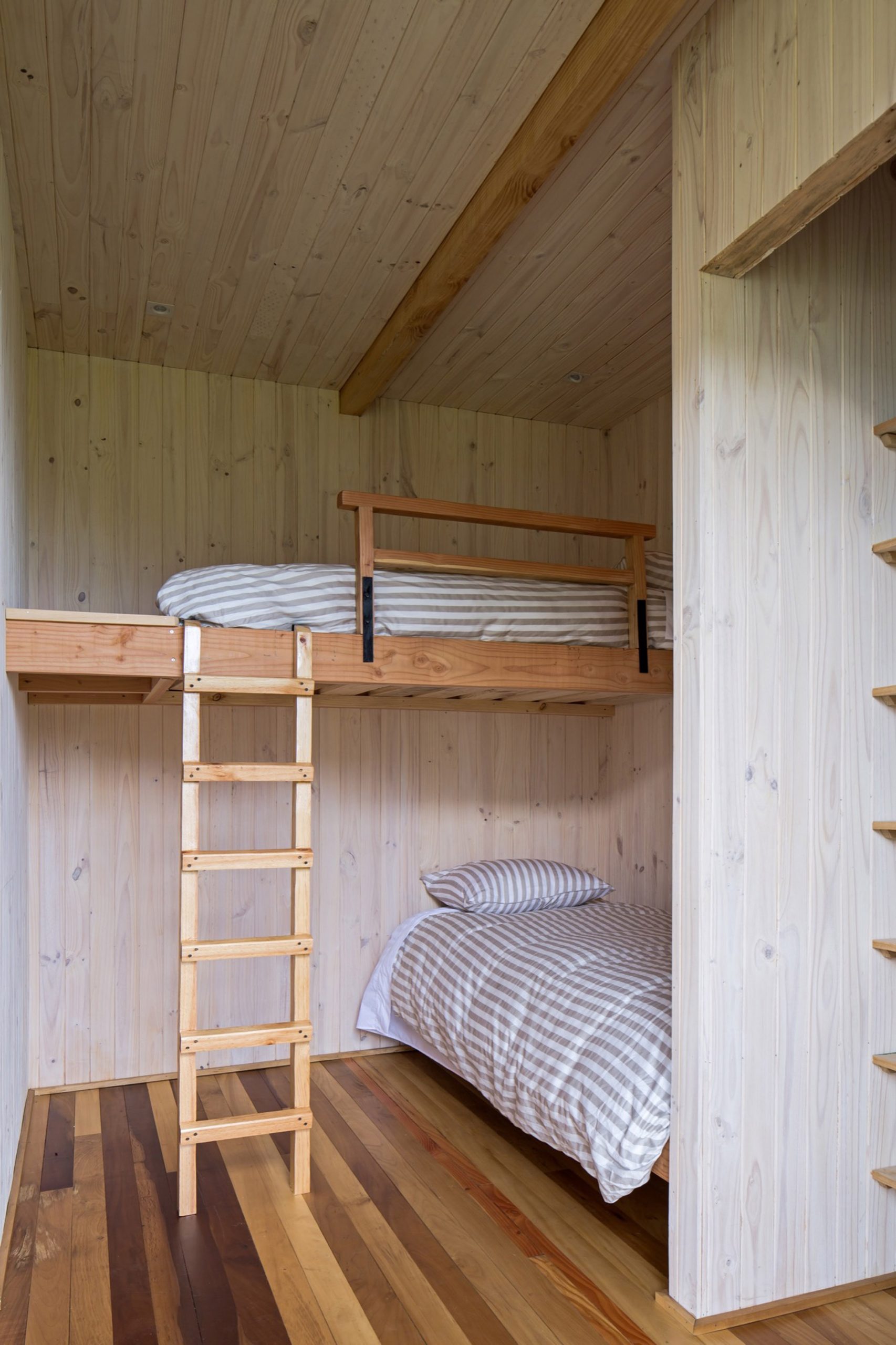 The largest of the two wings contains the main living spaces, including three bedrooms, a TV room, and an open-plan kitchen, lounge and dining space.

The smaller wing contains two independent bedrooms and bathrooms, designed to host extended family and guests. There’s also a sheltered terrace in between, which can be made more open or closed with a system of full-height doors. 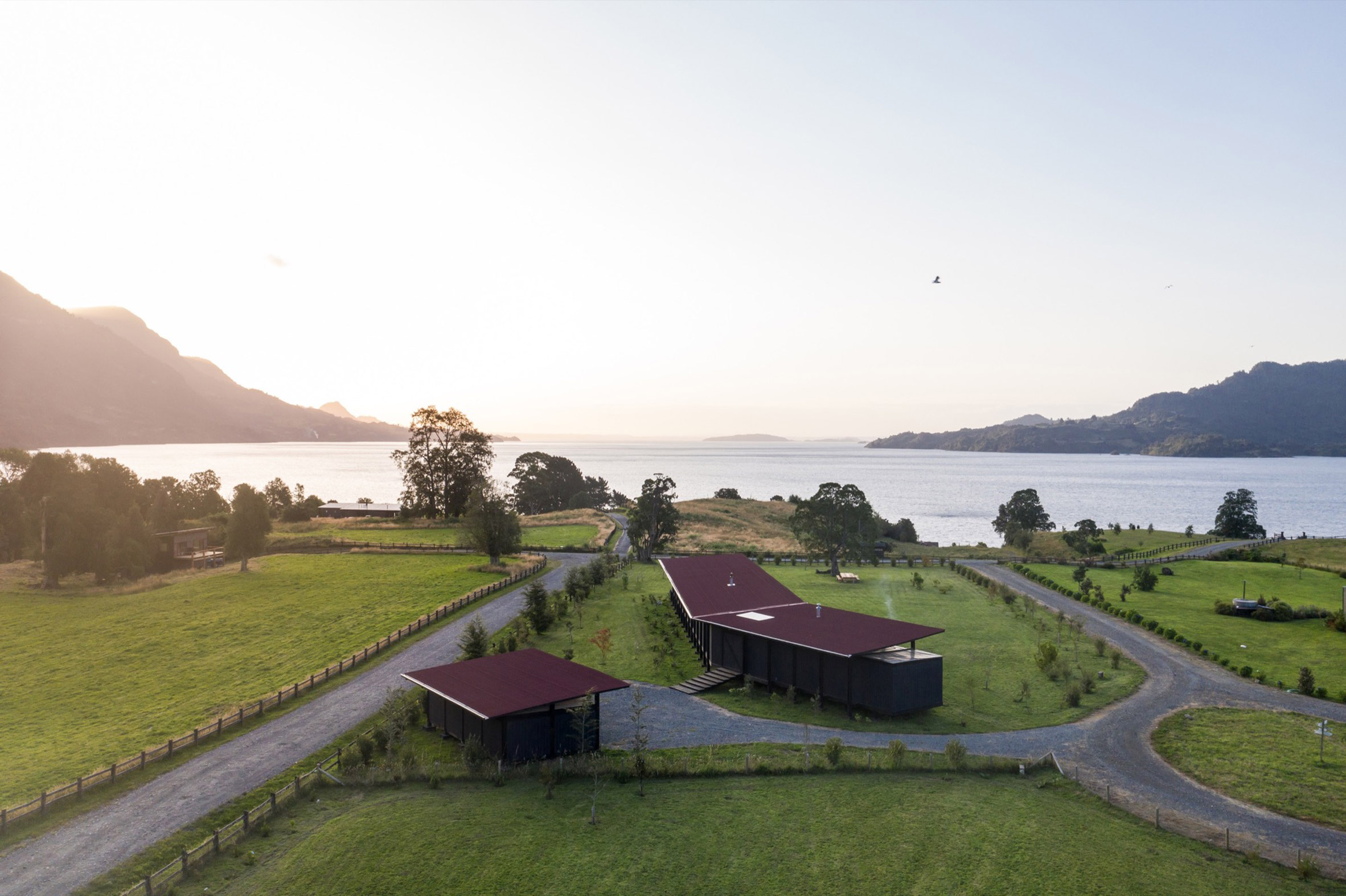 Noguera Balmaceda hopes that these customised details give Casa Tobita a bespoke feeling, even though the design is very simple.

“We hope the owners and visitors take away how a house can uniquely respond to a specific site and still be considered a modular design,” he added.

Other Chilean homes on Dezeen include an angular pavilion overlooking the Pacific Ocean that has a cantilevered upper floor to take advantage of the views and a blackened pine-clad house designed by architects Pablo Saric and Cristian Winckler.

Photography is by Nico Saieh.