During the renovation of an 18th-century home in Upstate New York, Manhattan-based Messana O’Rorke Architects has revitalised its original appearance and added modern conveniences in an extension clad in Corten steel.

Situated on an apple orchard in Columbia County, the renovated Ten Broeck Cottage – which dates back to 1734 – still bears signs of its Dutch colonial roots.

“Fabricated in huge hand-hewn timbers, the basic frame and form of the house conforms to the ‘H bent’ frame consistent with Dutch settlers of that time,” the architects said.

“This, some wide-board flooring and a miraculously preserved wattle-and-daub wall in the field-stone basement are about all that remained of the original house.”

The studio stumbled across a local antique shop that carried wide floorboards removed from a demolished building nearby.

Combining the boards with those preserved in the homestead, Messana O’Rorke kept the floors visually consistent with the exposed timber ceilings.

In replacing the fenestration, the architects created variations of the oldest, six-over-six sash window in the home and inserted them across the exterior.

Over the centuries, successive renovations had created a partitioned interior. After stripping back the previous alterations, the architects halved the square ground-floor plan with a central fireplace.

A dining room now occupies the north section, while a lounge is situated on the opposite side of the hearth.

A staircase at the west edge of the space leads up to a pair of bedrooms, situated to either side of the landing.

White walls and ceilings create a minimal contrast to the old floors. Windows set into the low walls and across the sweeping, sloped ceilings emphasise the geometry of the gabled volume.

In addition to the renovation, the clients requested an annex that would provide more space.

The architects sought to create an extension that contrasts with the simplicity of the main structure’s “classic house form, emulating a child’s perception of a house replete with four windows, a door, and sloped roof with a chimney on top”.

The resulting cuboid volume is based on another of the area’s typical housing types.

“Trailer homes are a common site in rural Columbia County,” said the firm. “While their aesthetic is generally of the lowest order, there is something compelling about their simple rectilinear form; this became the conceptual catalyst for the addition.”

The extension strides the west side of the home, and wraps around part of its north facade.

Its Corten-steel cladding will rust further over time; the architects expect the changing hue to gradually match the cedar siding across the main structure.

A glass gasket connects the two volumes. Doorways flanking the staircase lead into kitchen, occupying roughly two-thirds of the annex. The space flows into a guest bedroom situated at the north end.

Messana O’Rorke added recessed glazing along the entire west facade of the volume, offering views towards the apple orchard across a sloped lawn.

A stone-walled pathway burrows down from outside the volume’s south facade to its basement, occupied by an exercise room and a sauna.

The entry to the lower level also provides access to the main building’s cellar, which the architects converted into a steam room.

Several 18th-century renovations have struck a balance between maintaining the original character of the home and supplying modern amenities. Examples include a granite farmhouse in the Scottish highlands, and a Spanish townhouse featuring an overhauled interior. 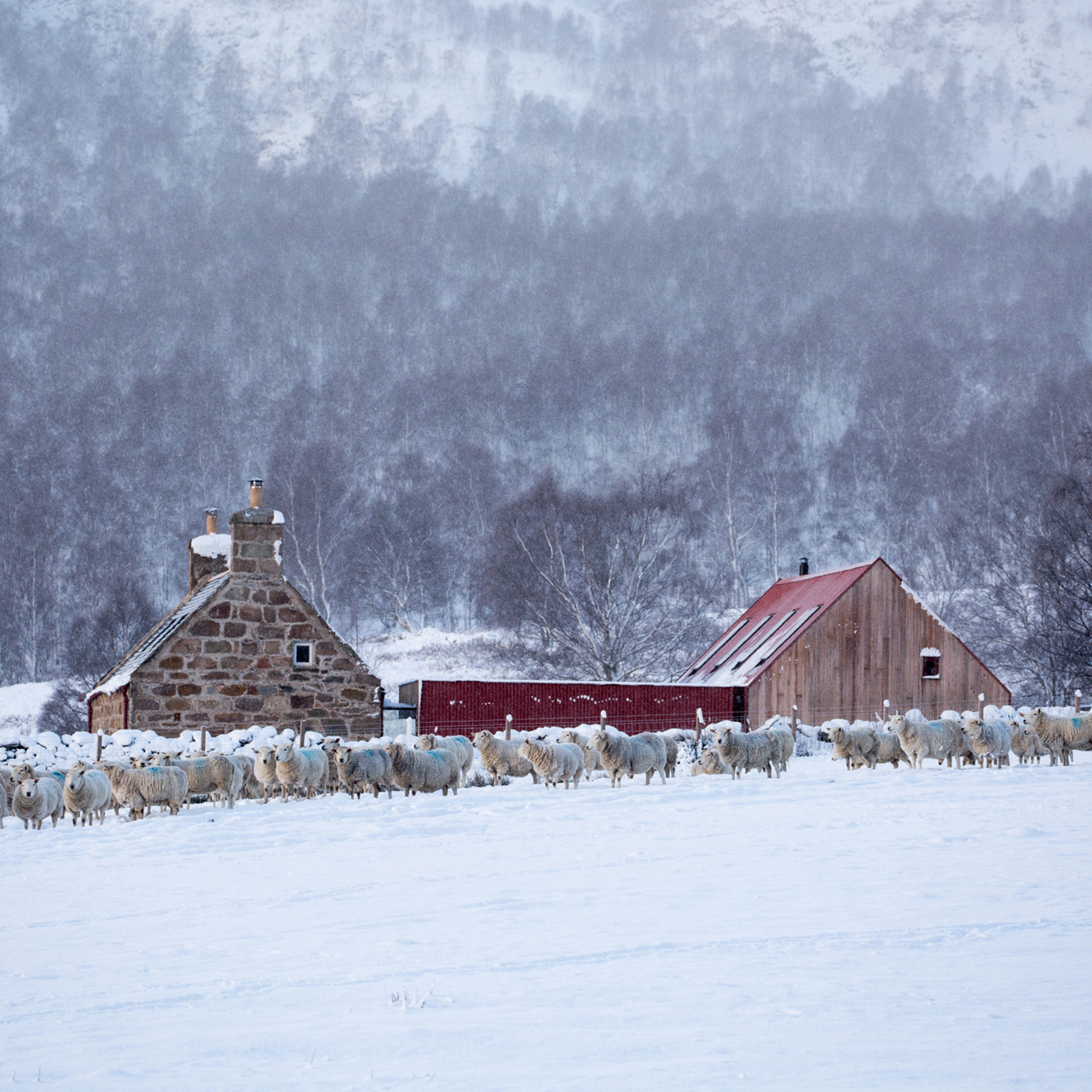