A university campus designed by Oscar Niemeyer in Brazil‘s São José dos Campos has gained a huge new science building, which is intended to echo a nearby education wing built by the modernist architect. 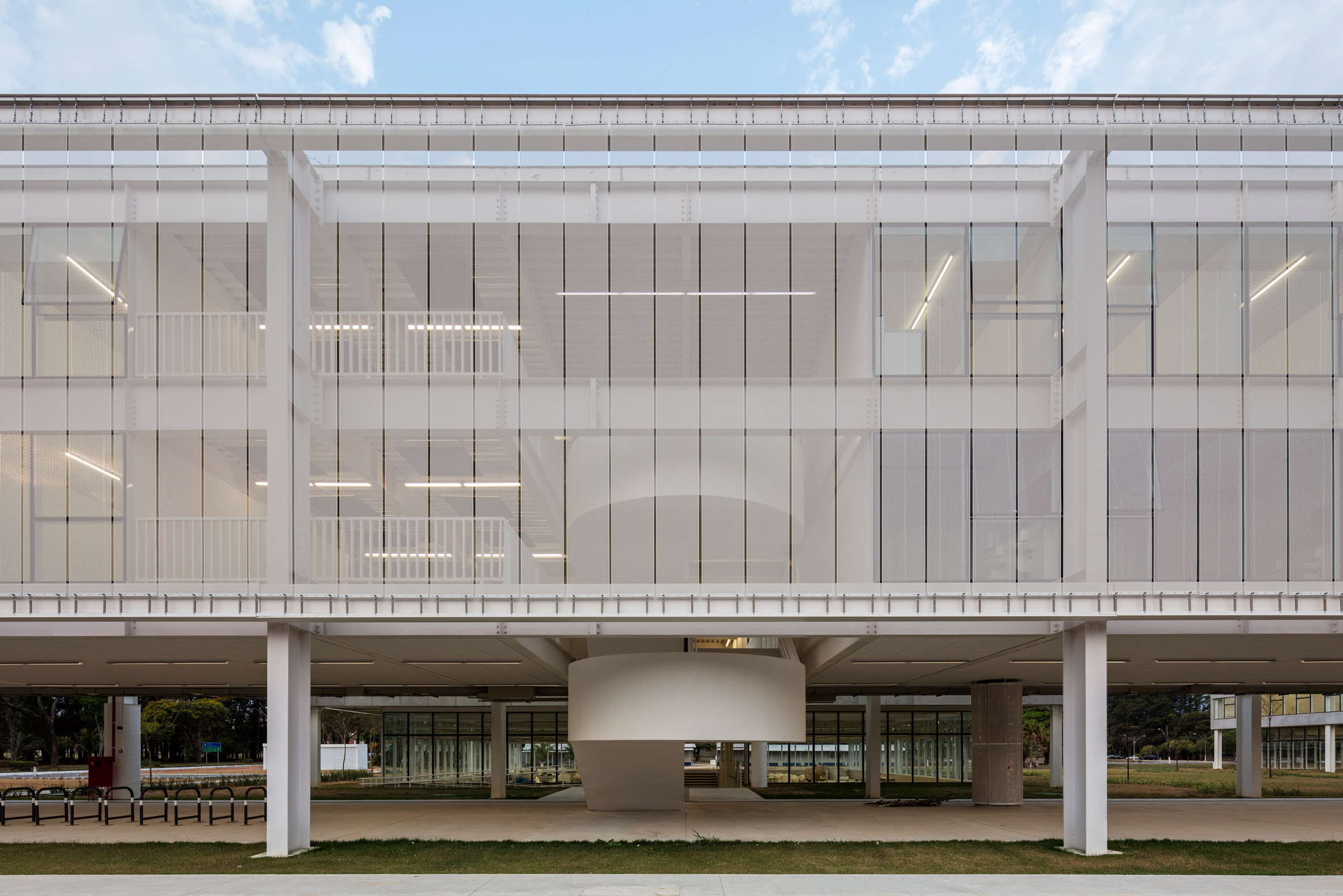 The project – a collaborative effort between São Paulo-based firms Metro Architects, MMBB and Piratininga Arquitetos – marks the first stage of a total redesign of the campus for the Technological Institute of Aeronautics (ITA). 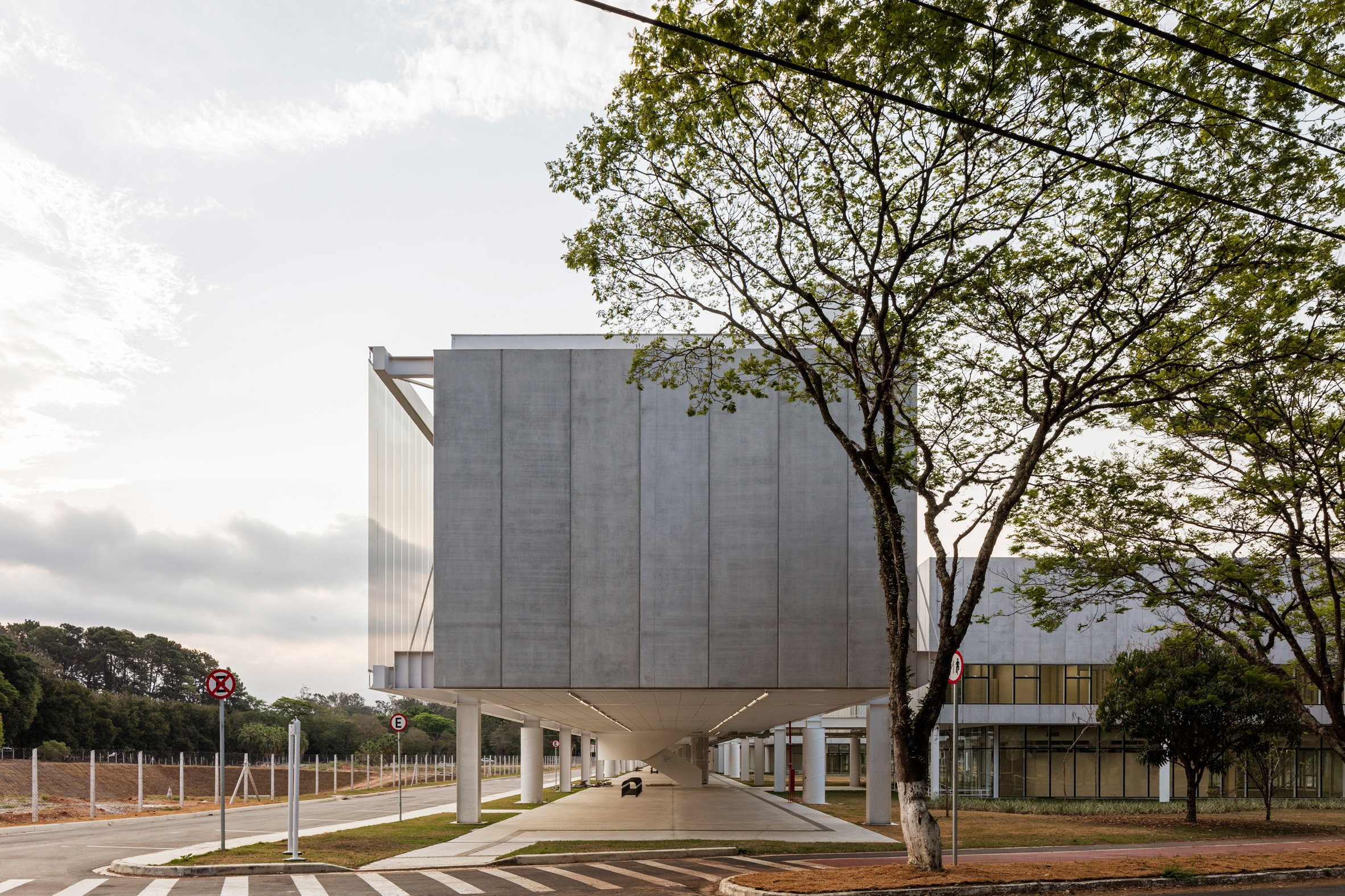 Its layout comprises a long rectangular plan that is joined by three square-like offshoot structures. This construction directly mirrors another education building on a nearby street, completed by Niemeyer in the 1950s as part of his masterplan for the university.

“We were very much guided by the spirit of Niemeyer,” said Metro. “We completed the group of buildings by adding a new long bar that defines a central plaza so to speak, where we placed the more gregarious buildings: new library and auditorium, in a coherent position regarding the original ones.” 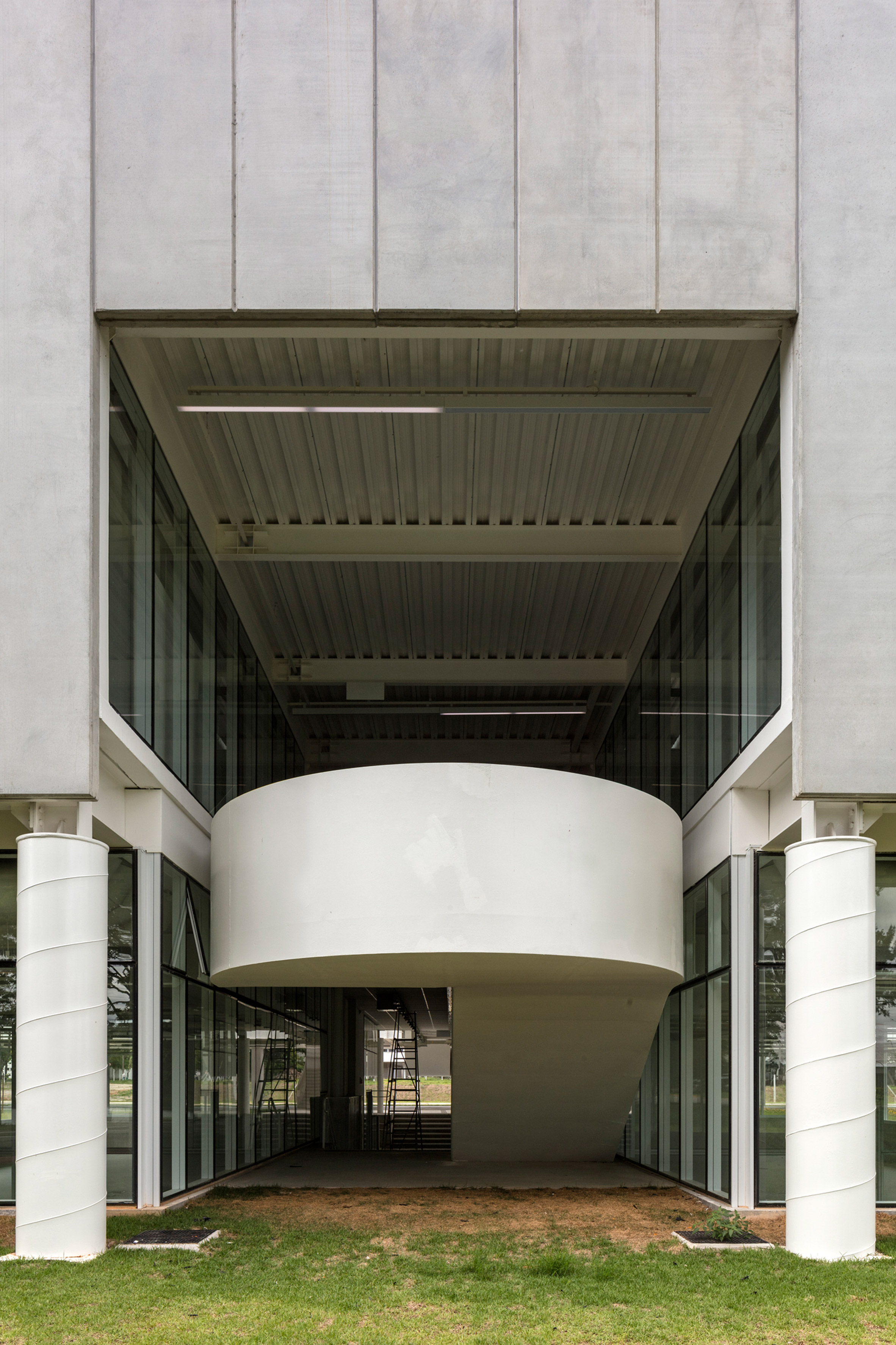 The thinner “long bar” unit runs parallel to the street with a glazed facade, while other portions overlook a grassy site. The science building is supported on pillars that elevate the teaching spaces above a concrete courtyard. 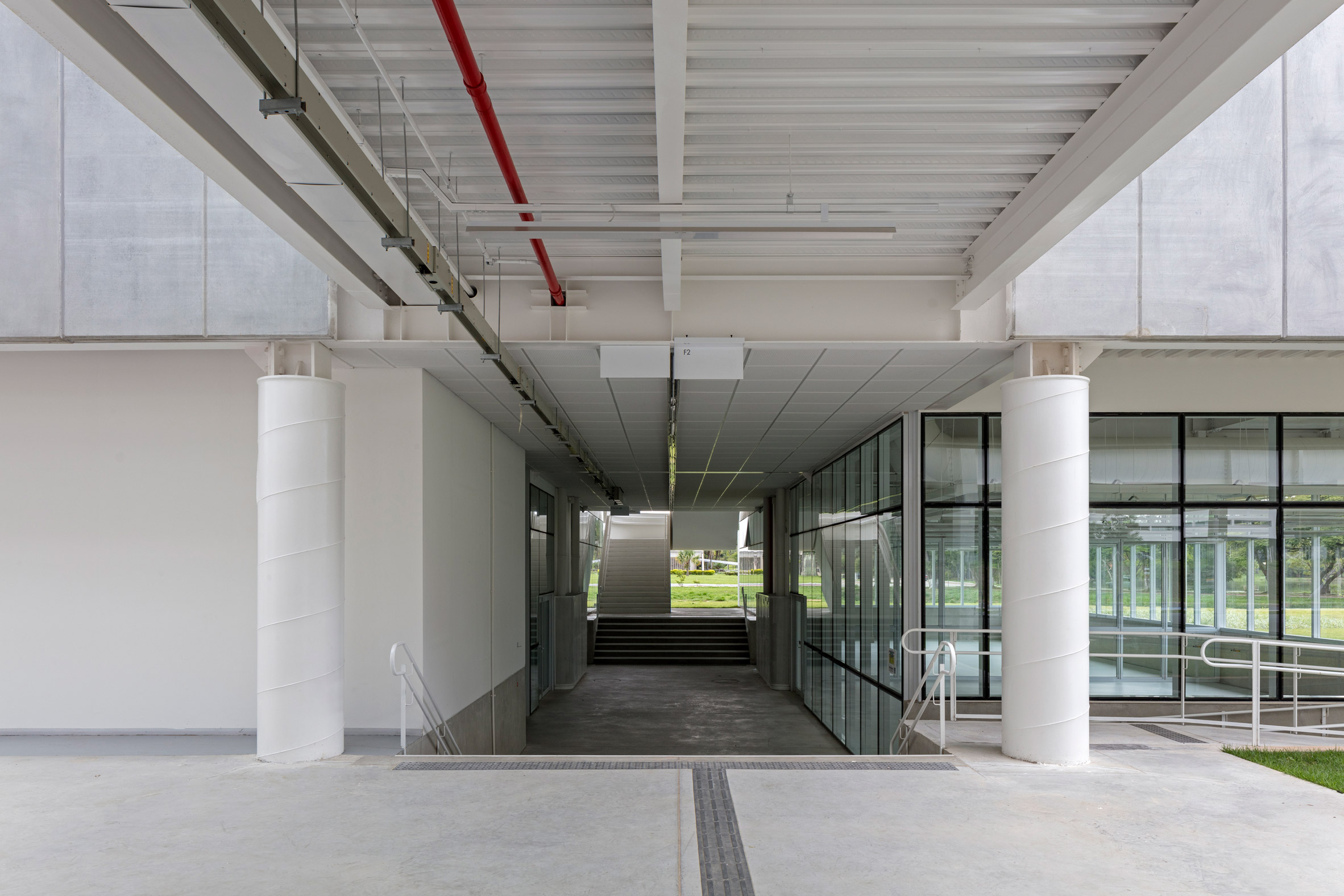 A series of white circular stairwells, similar to those Niemeyer designed for the nearby building, feature across the exterior. Elsewhere, standardised steel components were used to maximise build-speed and technical accuracy, as well as reduce waste. 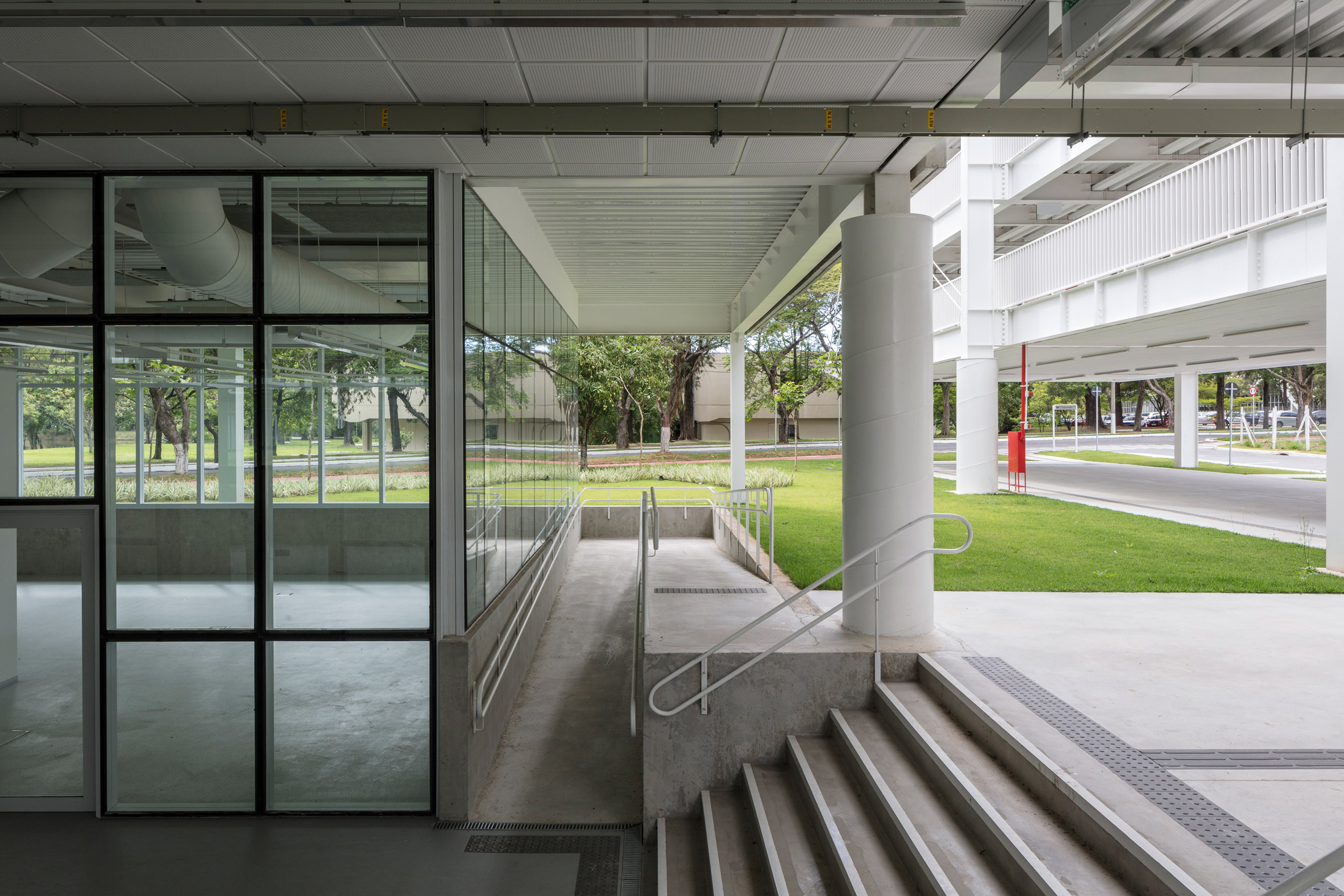 The white facades, rounded stairs and low-slung plans the building resembles Niemeyer’s other modernist designs, including Centro Niemeyer in Avilés, Spain, with its observatory-like construction, and the Palácio da Alvorada built in 1958, where Brazil’s president Michel Temer moved out of for fear of ghosts. 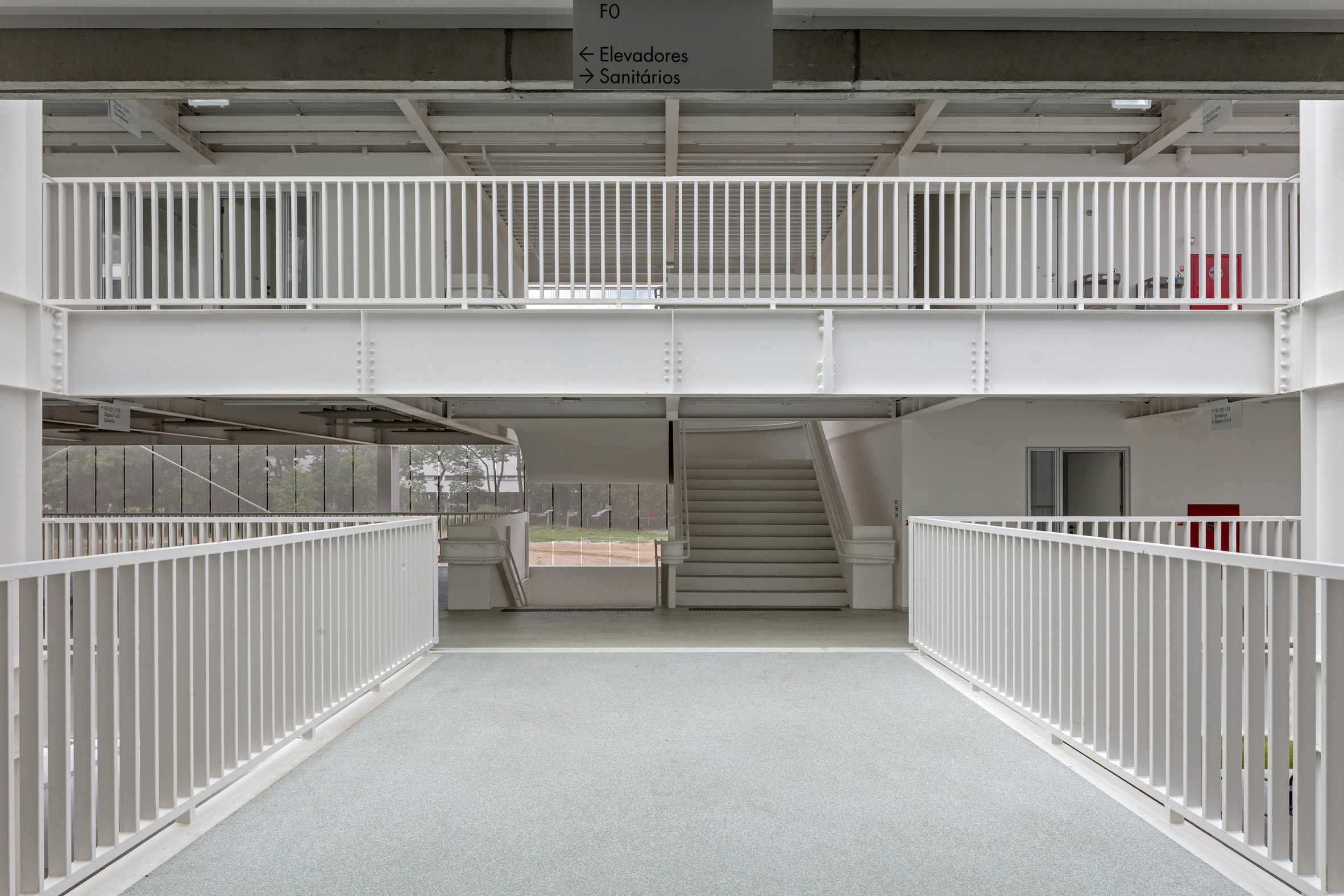 The science building for ITA is sited near other buildings designed by Niemeyer, including a smaller rectangular structure that houses a library and auditorium.

“Based on the ITA Campus, whose initial layout and geometry of some buildings were outlined by Oscar Niemeyer, we understood the importance of creating a dialogue with this existing architectural design, and enhancing the notable characteristics of the whole,” said Metro. 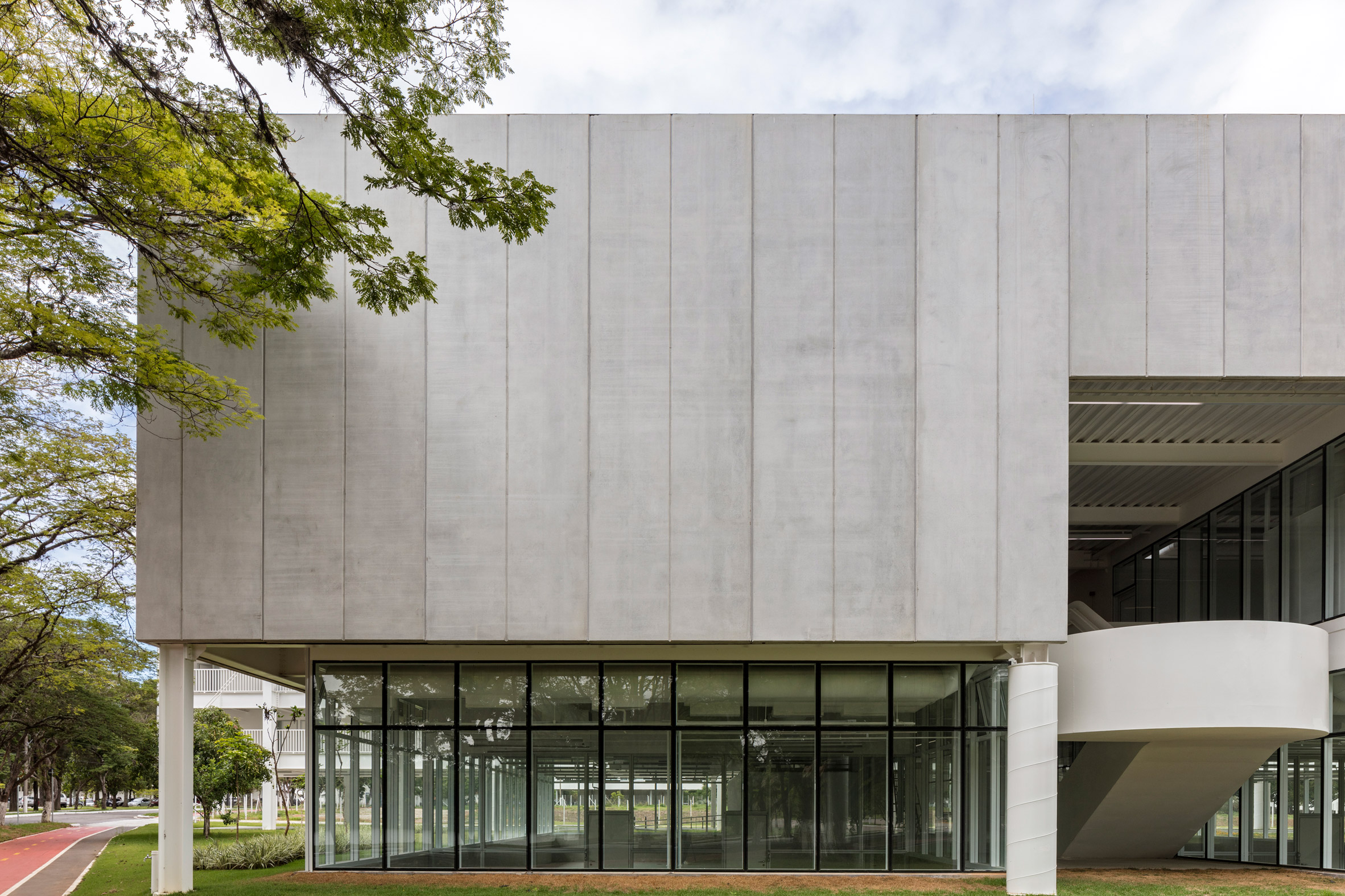 The redesign accommodates twice the number of students. Inside, the science building includes classrooms, professor rooms and laboratories. For ventilating all of the buildings, a system was designed with natural means and open external galleries so no air conditioning is needed. 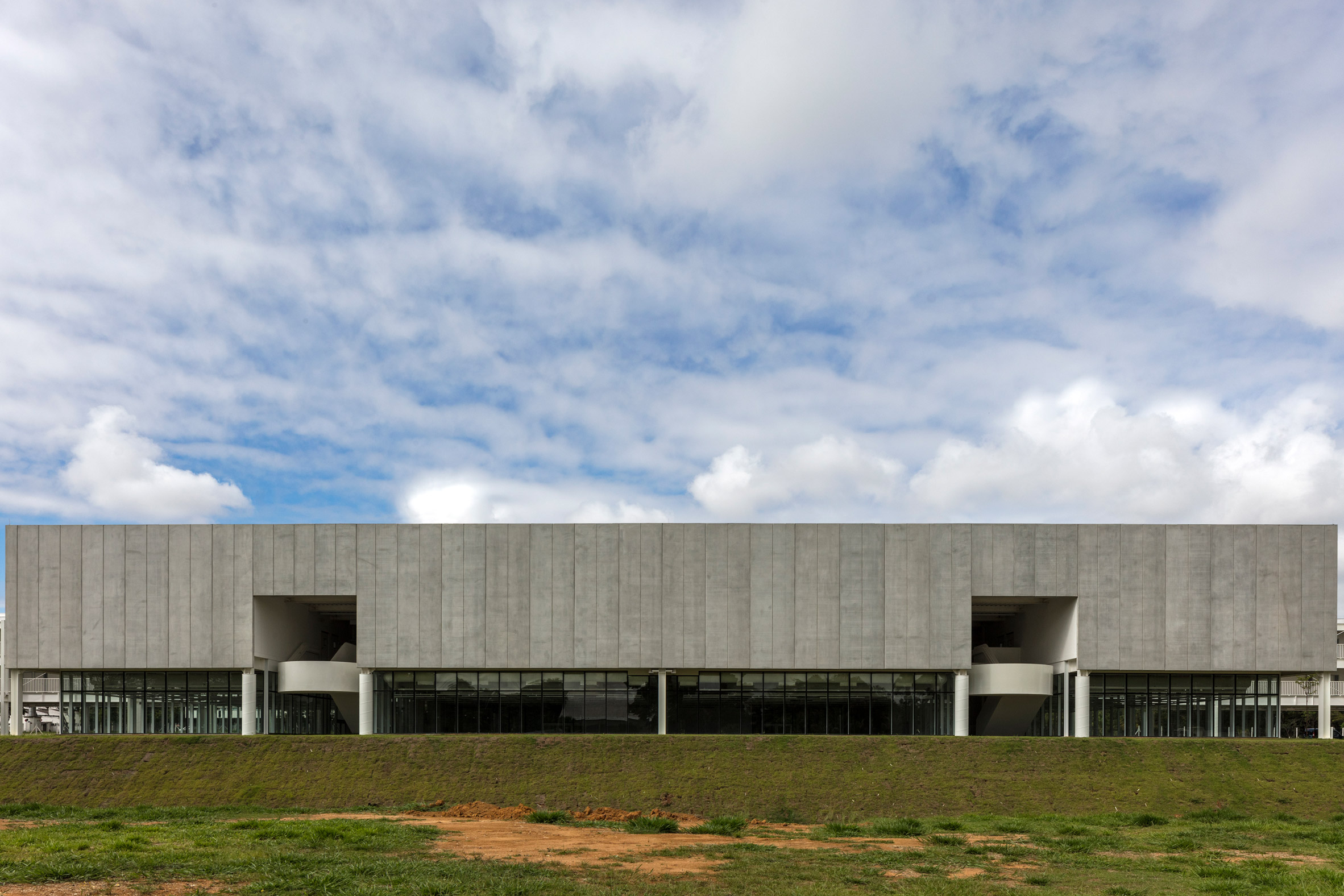 ITA was set up as an aerospace technology institute in 1950, and is located an hour outside São Paulo. The wider revamp of the campus will also include separate library and auditorium buildings that will be closer to the new science building. 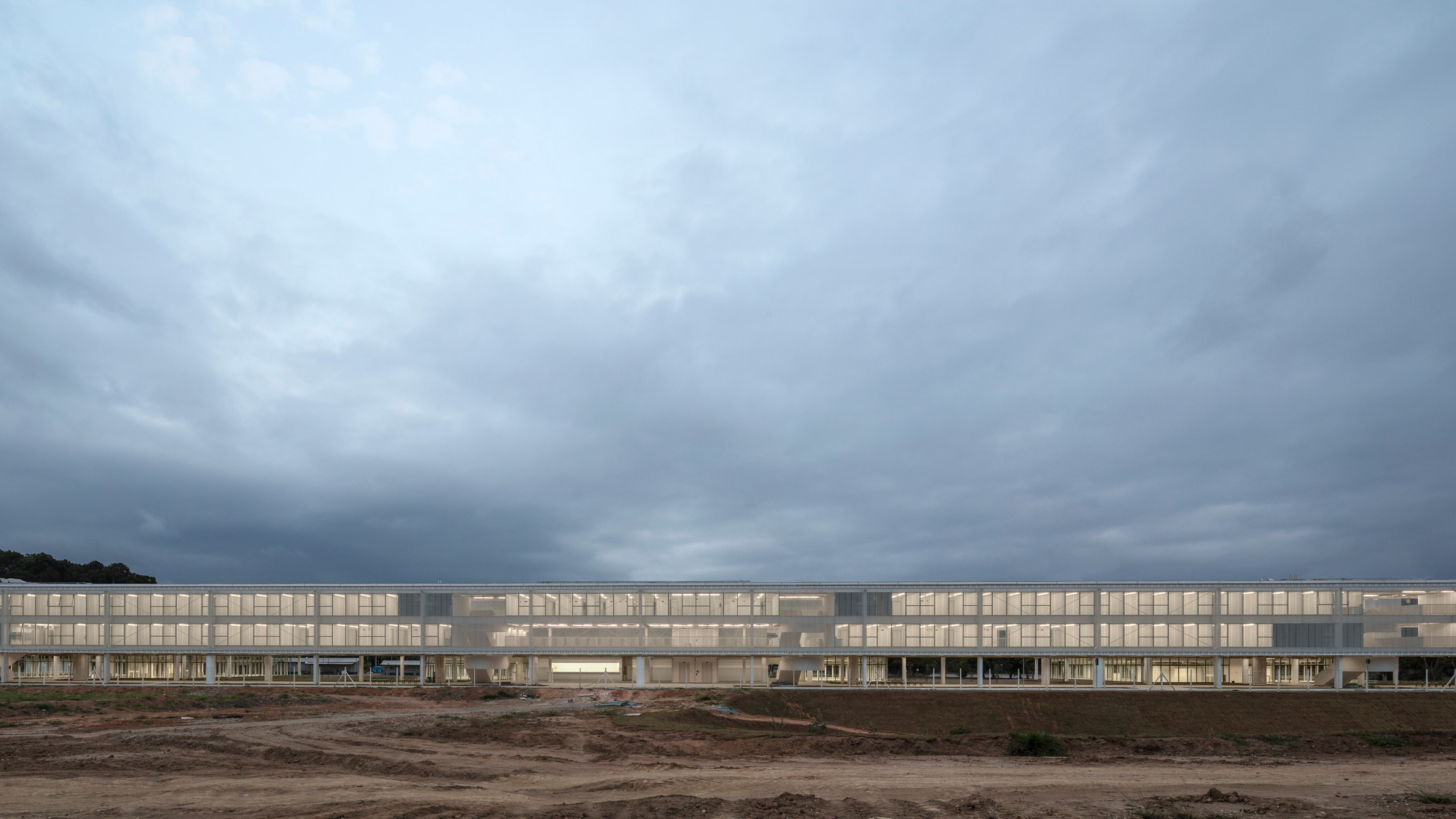 These structures will be square in shape and almost identical in size. A central courtyard is designed for the new library, the auditorium is planned to seat 1,200 people, and both will be located close to a large green space. 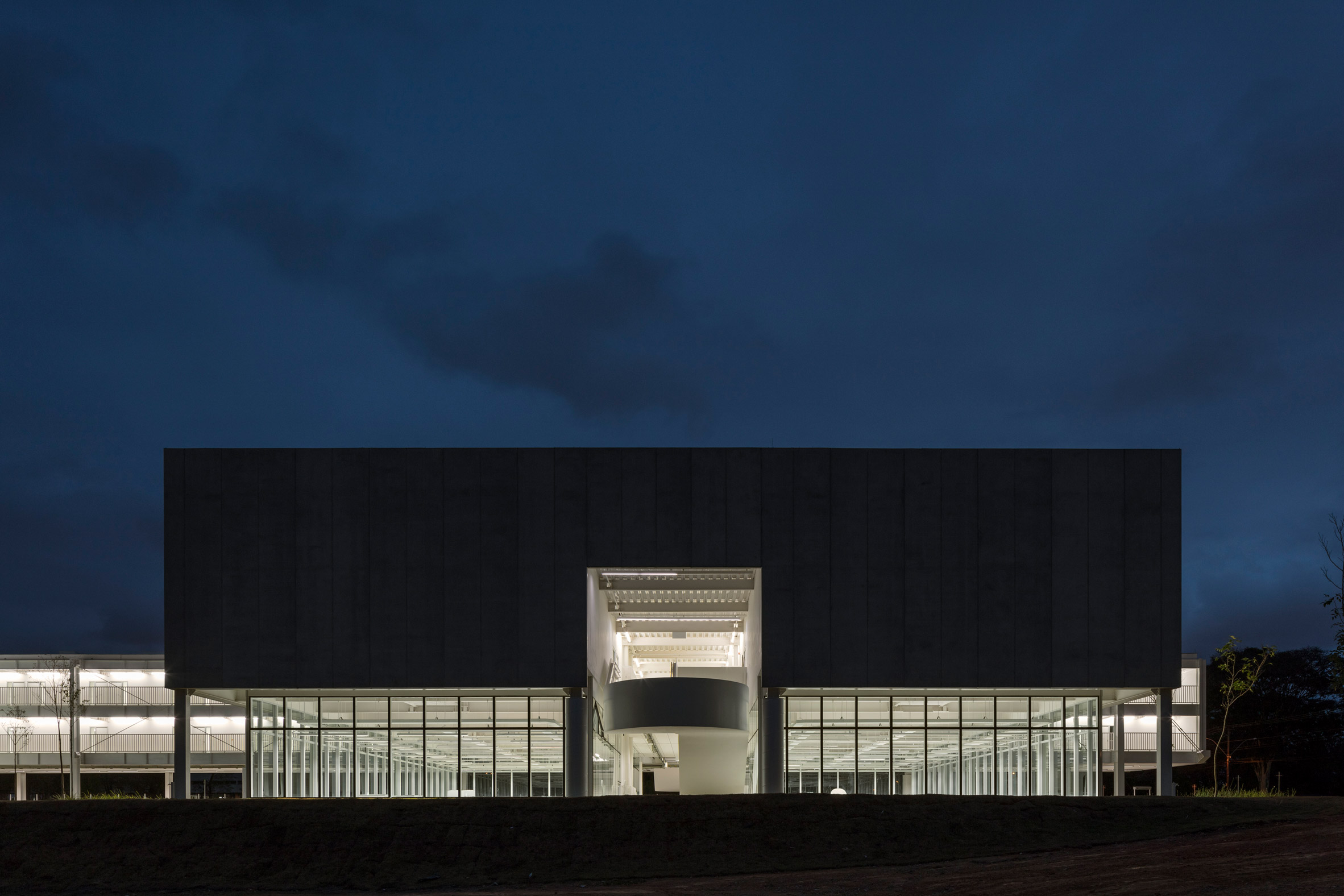 “A key design principle of the plan of was to make a clear distinction between areas for living and public use with those areas intended for faculty and students,” said Metro.

Niemeyer is considered Brazil’s most important architect, and completed a wide variety of buildings in his home country before his death in 2012, aged 104. 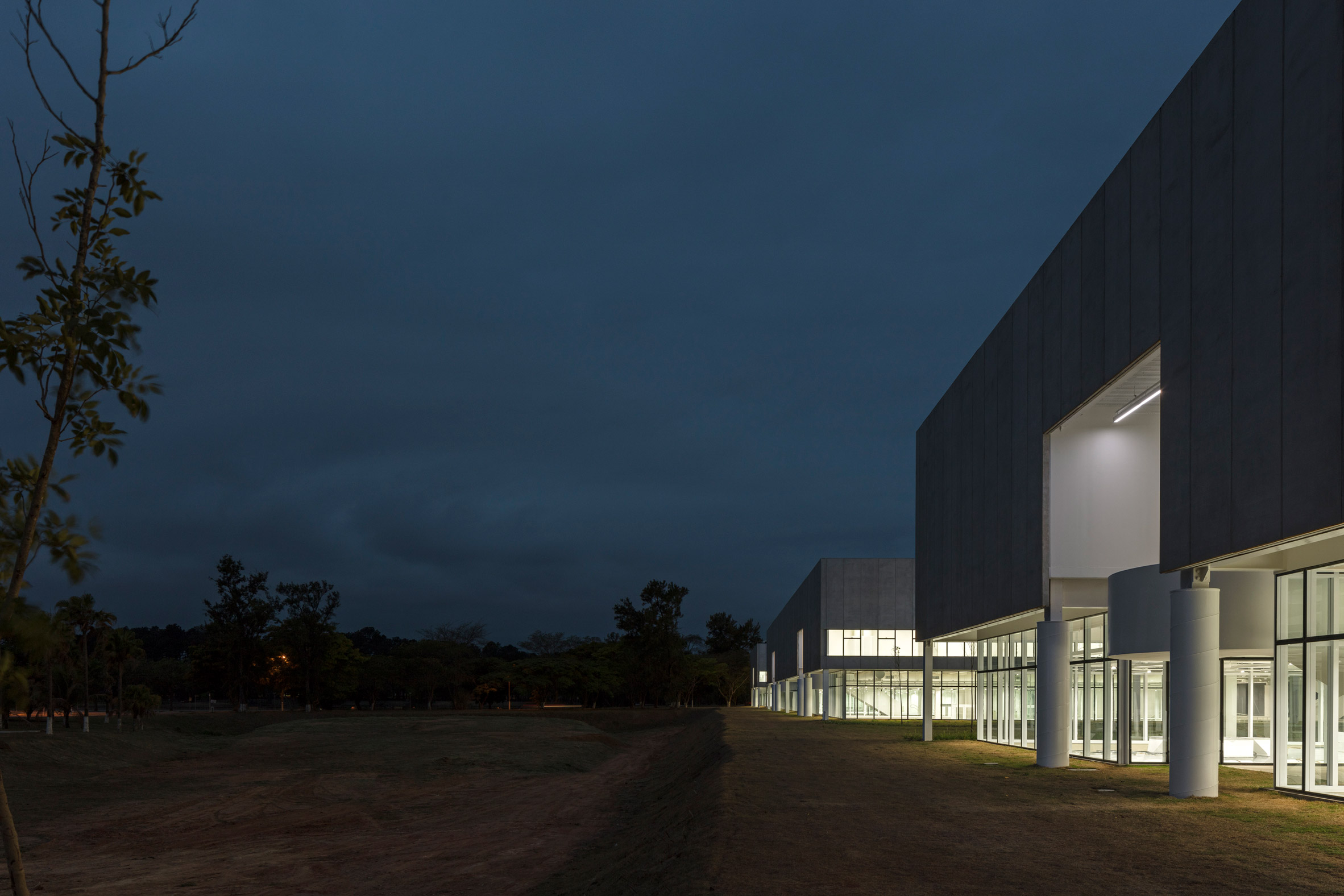 They include the Museo de Arte Contemporáneo de Niterói in Rio de Janeiro, which was used for a Louis Vuitton fashion show in 2016, and the city’s Hotel Nacional that reopened last year after two decades.

His other educational projects include the brutalist Haifa University in Israel, which was completed in 1962 and renovated by Tel Aviv-based architect Asaf Lerman with a new library wing last year.

Photography is by Leonardo Finotti.