American firm The Miller Hull Partnership has completed a firehouse in the Pacific Northwest with large bi-fold glass doors that enable a quick exit for emergency trucks. The Mercer Island Fire Station 92 is located on a small island directly east of Seattle. The two-storey building replaces an older station built in 1962 that was cramped and seismically unsound. A major aim for the project was to increase the visibility of the fire department and the vital role it plays in the community. 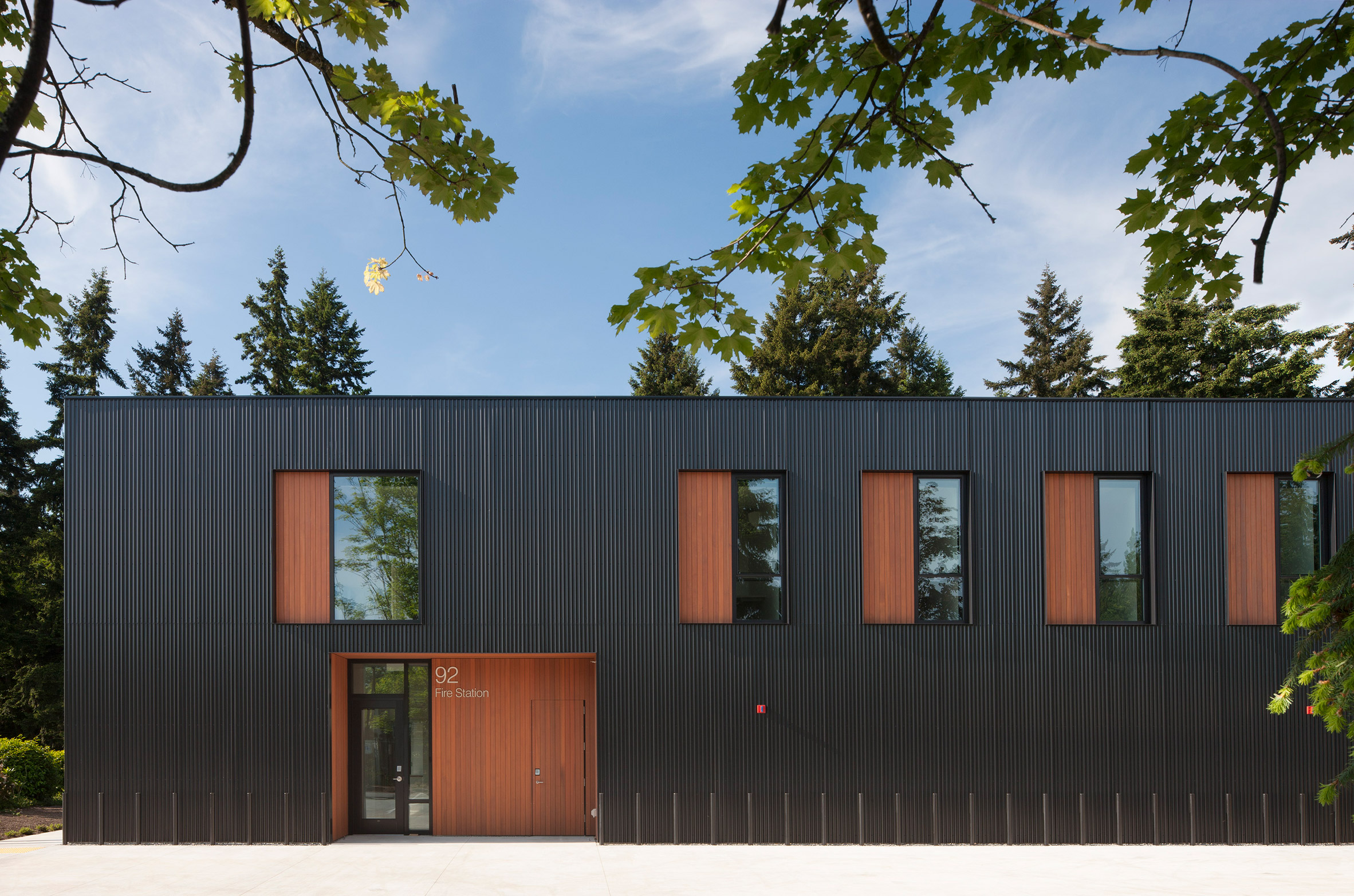 “One of the goals for this building was to increase public awareness surrounding the importance of the facility and for it to be a more engaging, welcoming and positive presence in the community it serves,” said The Miller Hull Partnership, a Seattle-based studio founded in 1977. 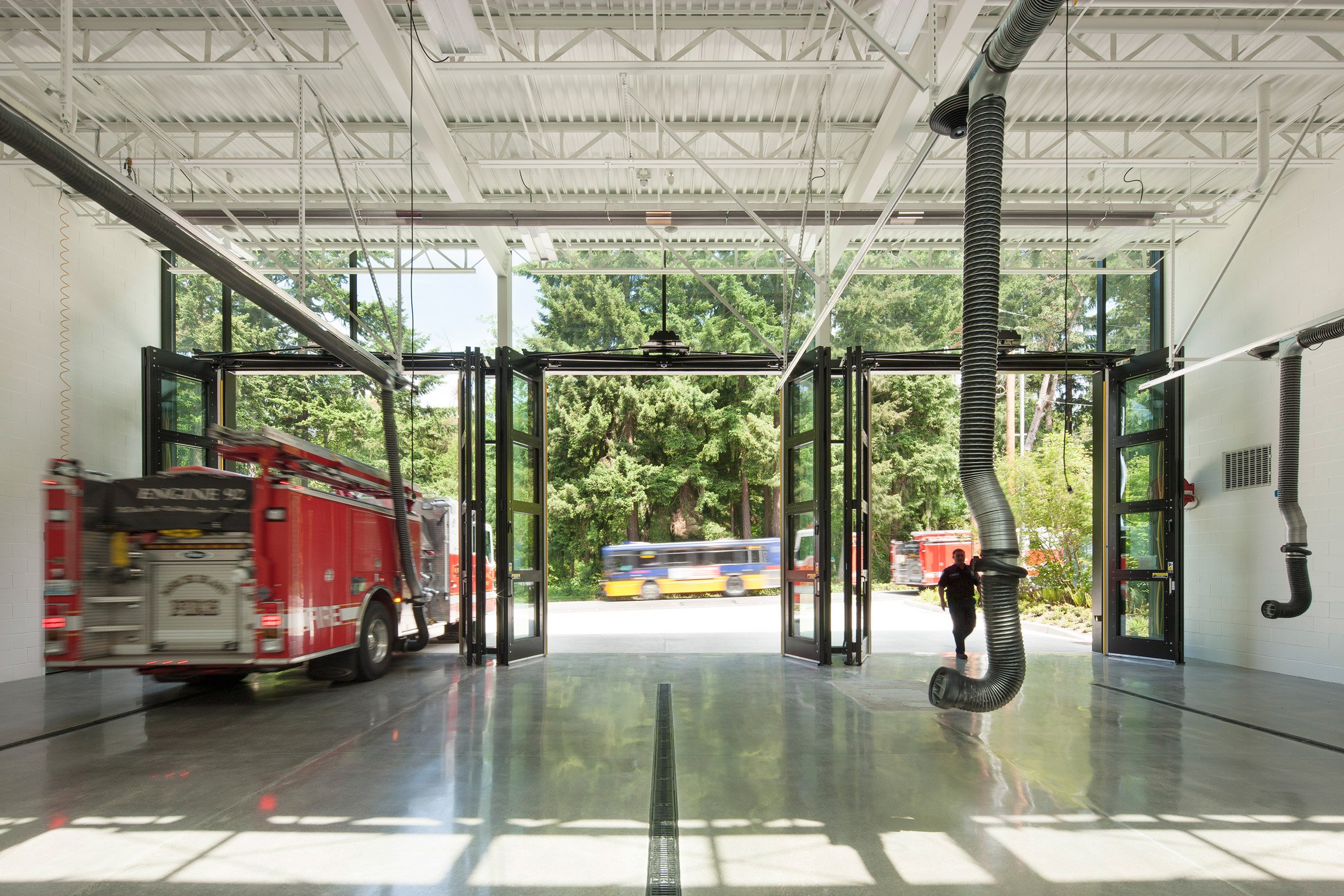 The front elevation features a wooden screen with an imprint of the number 92, and a series of glass garage doors that offer views into the apparatus bays. The “fast-acting, bi-fold doors” reduce the time it takes for the facade to open during emergency calls. 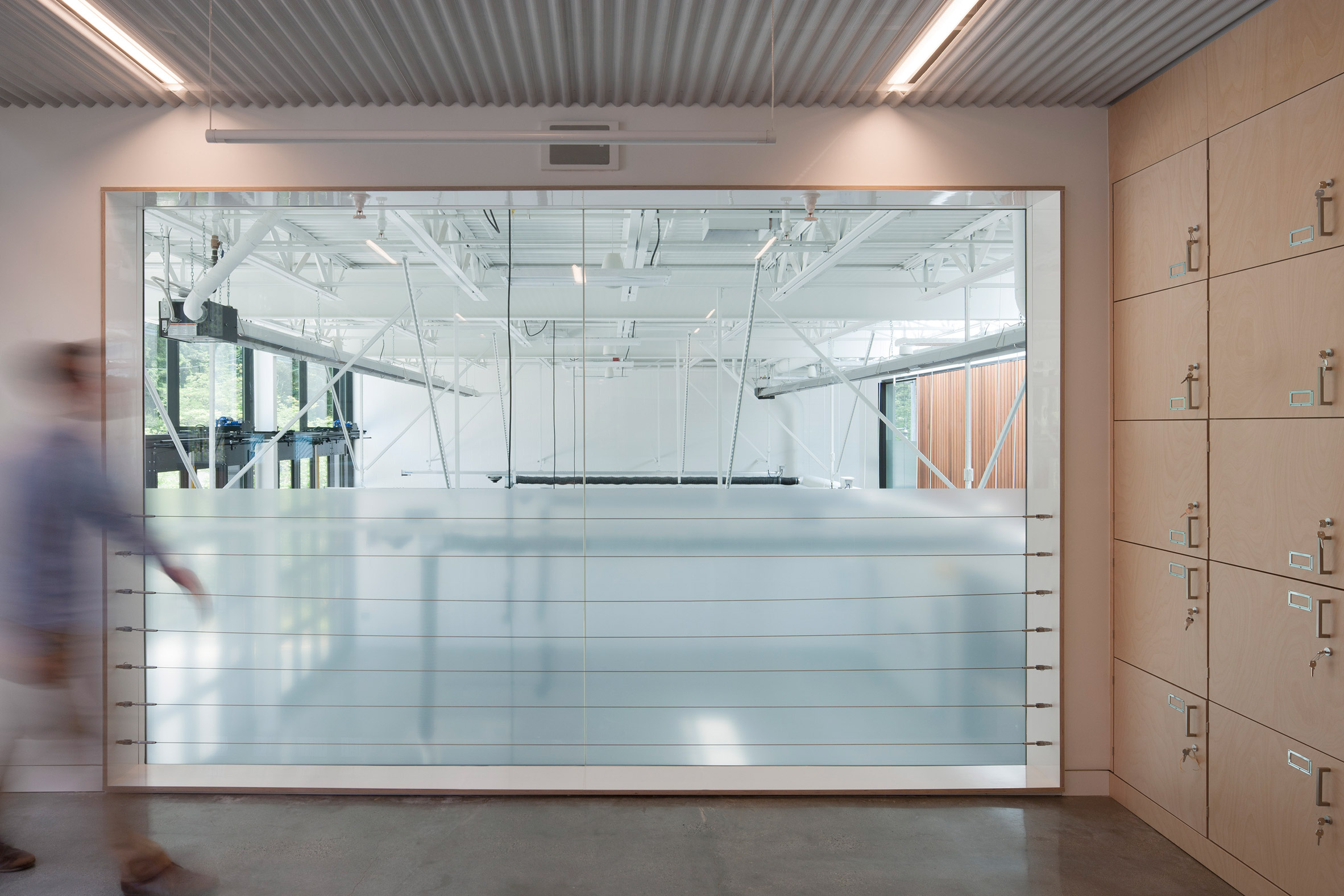 The interior features a straightforward layout and a minimalist aesthetic. On the ground floor, a public lobby, a decontamination room and a double-height garage with space for multiple trucks is situated in the front of the building. The back portion houses offices and various support rooms. 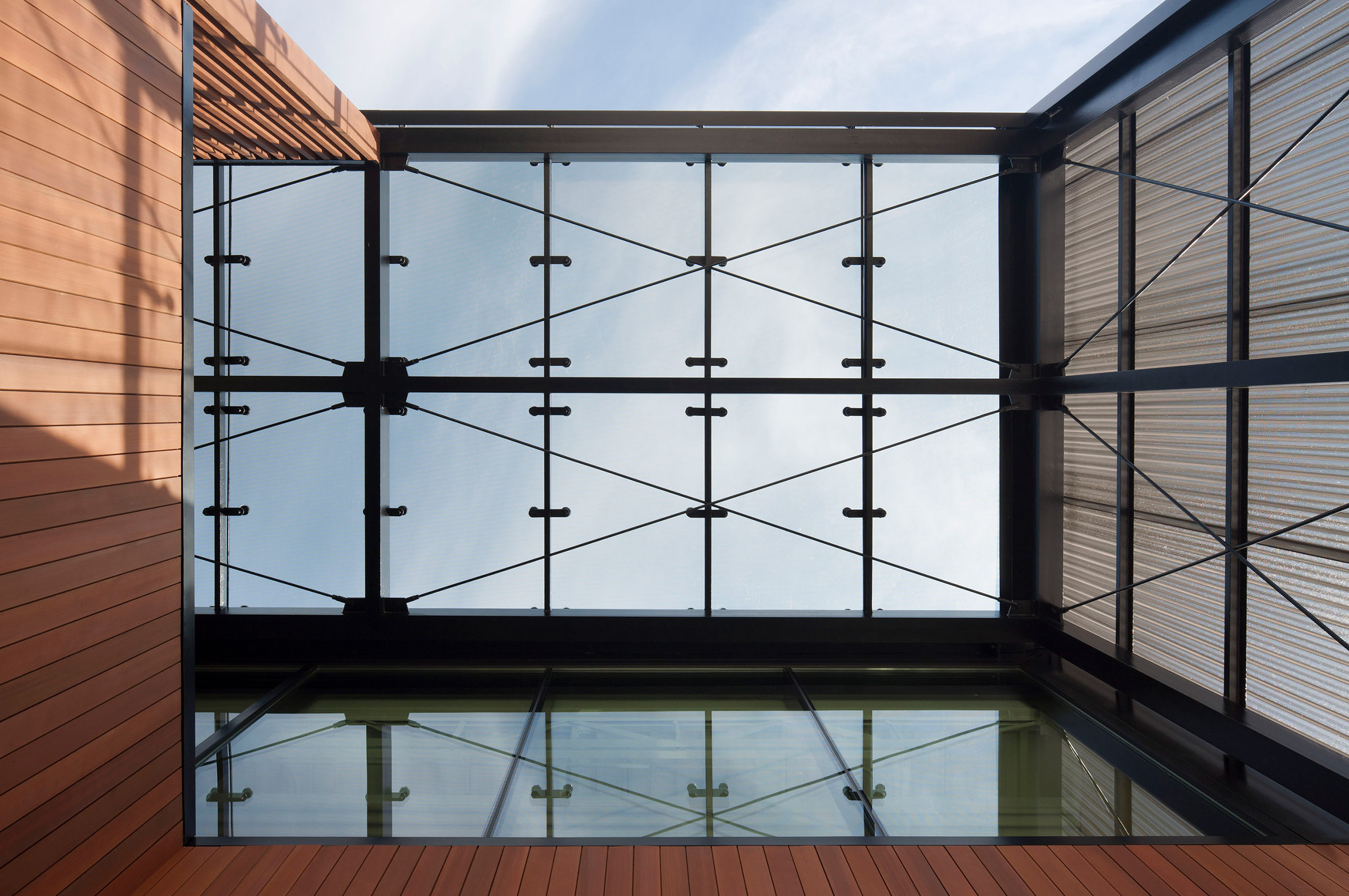 Upstairs, the team created a range of spaces for firefighters to eat, rest and socialise. One side houses a kitchen and dining area – called the “beanery” – along with a lounge and laundry room. The other side contains bunk rooms and a fitness facility. 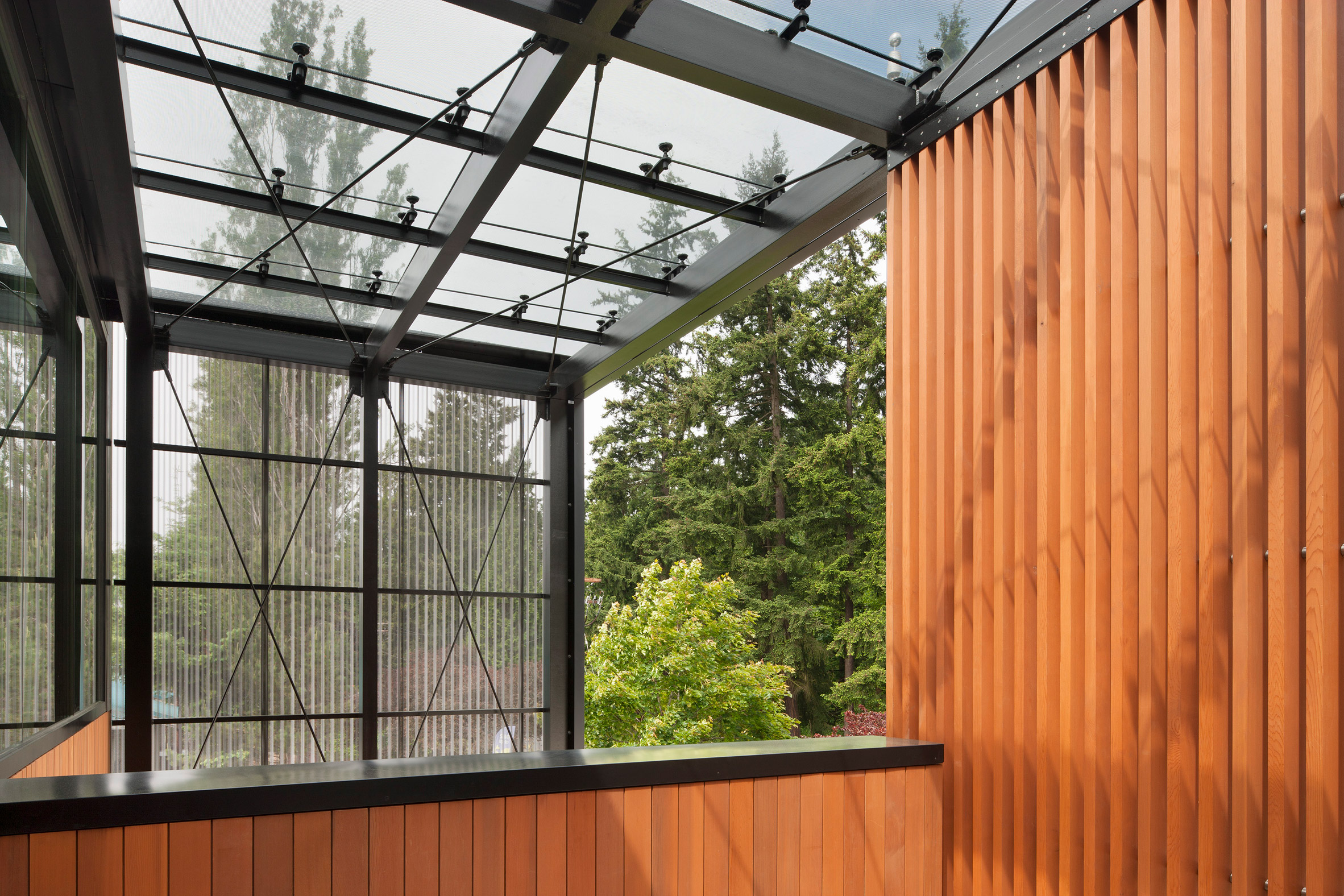 Minimising energy consumption was a driving factor for the team, particularly given that the building is open at all hours, every day of the year. The architects incorporated a thermally efficient building envelope, along with an outdoor air system with heat recovery, which helps with interior ventilation. The building’s ample glazing also plays a role in curbing energy use. 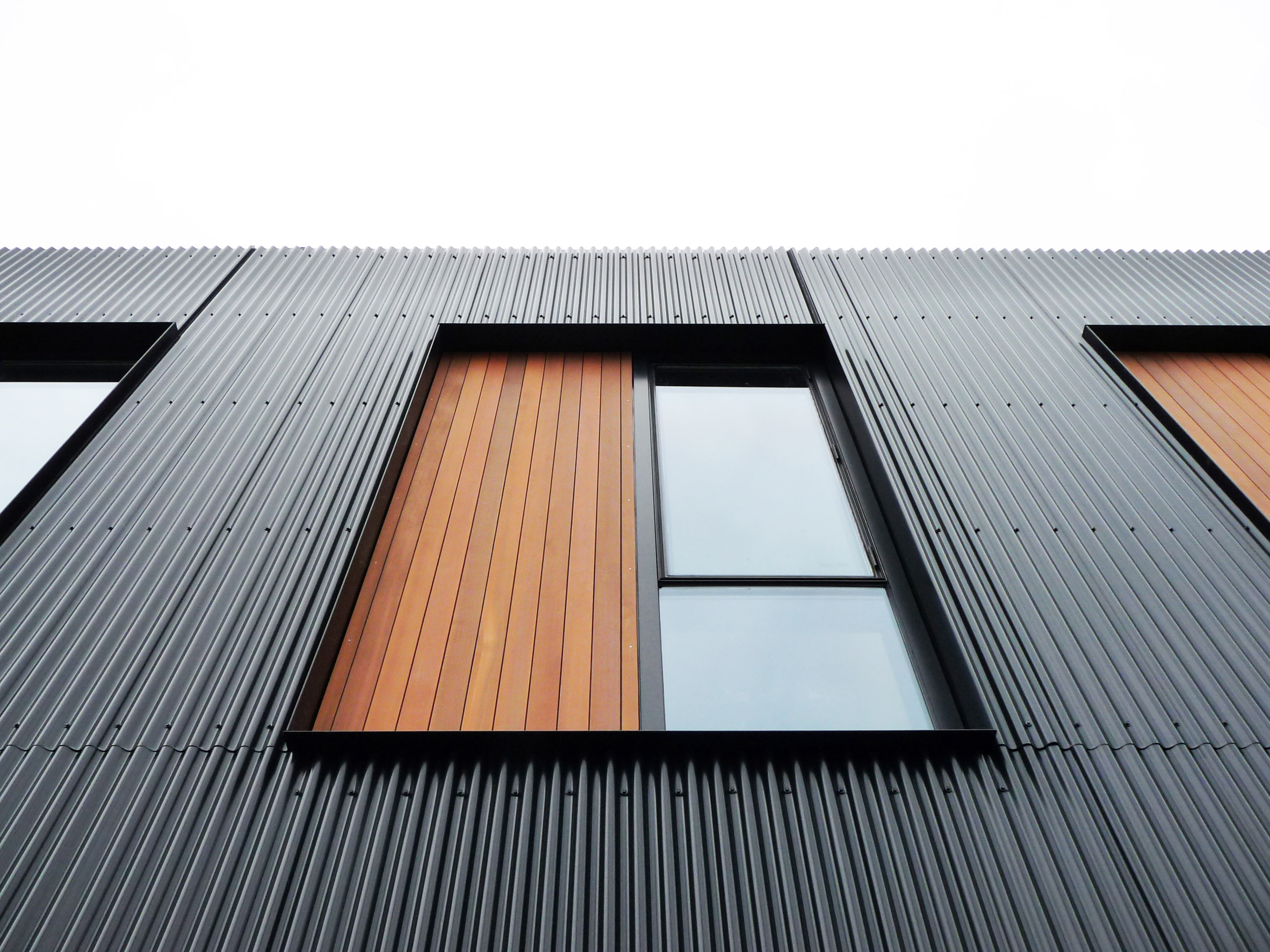 “A skylight at the public entryway maximises daylight, and several shared spaces borrow light from the north-facing vehicle bays, providing a direct and constant visual connection with the heart of the station,” the team said.

Other fire stations in North America include a Quebec building by STGM Architectes that is wrapped in black aluminium, and an Oregon station by Hennebery Eddy that features a burnt wood facade.

Photography is by Lara Swimmer.