The staircase at the centre of this Toronto house has mirrored balustrades that bounce light and reflections off one another to create a kaleidoscopic effect. 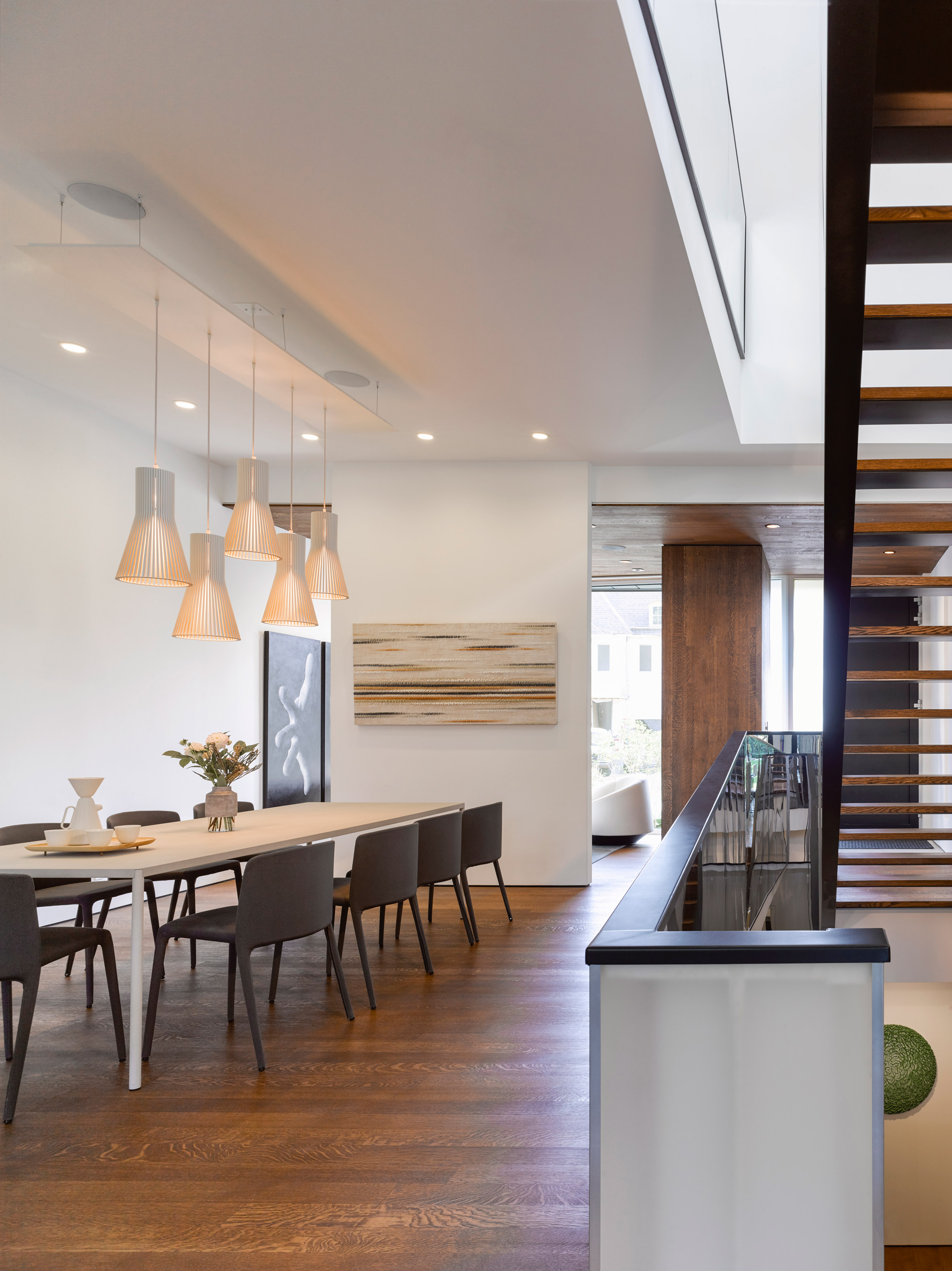 Kaleidoscope House is located in Chaplin Estates, an affluent neighbourhood characterised by its detached homes that have private gardens and driveways. 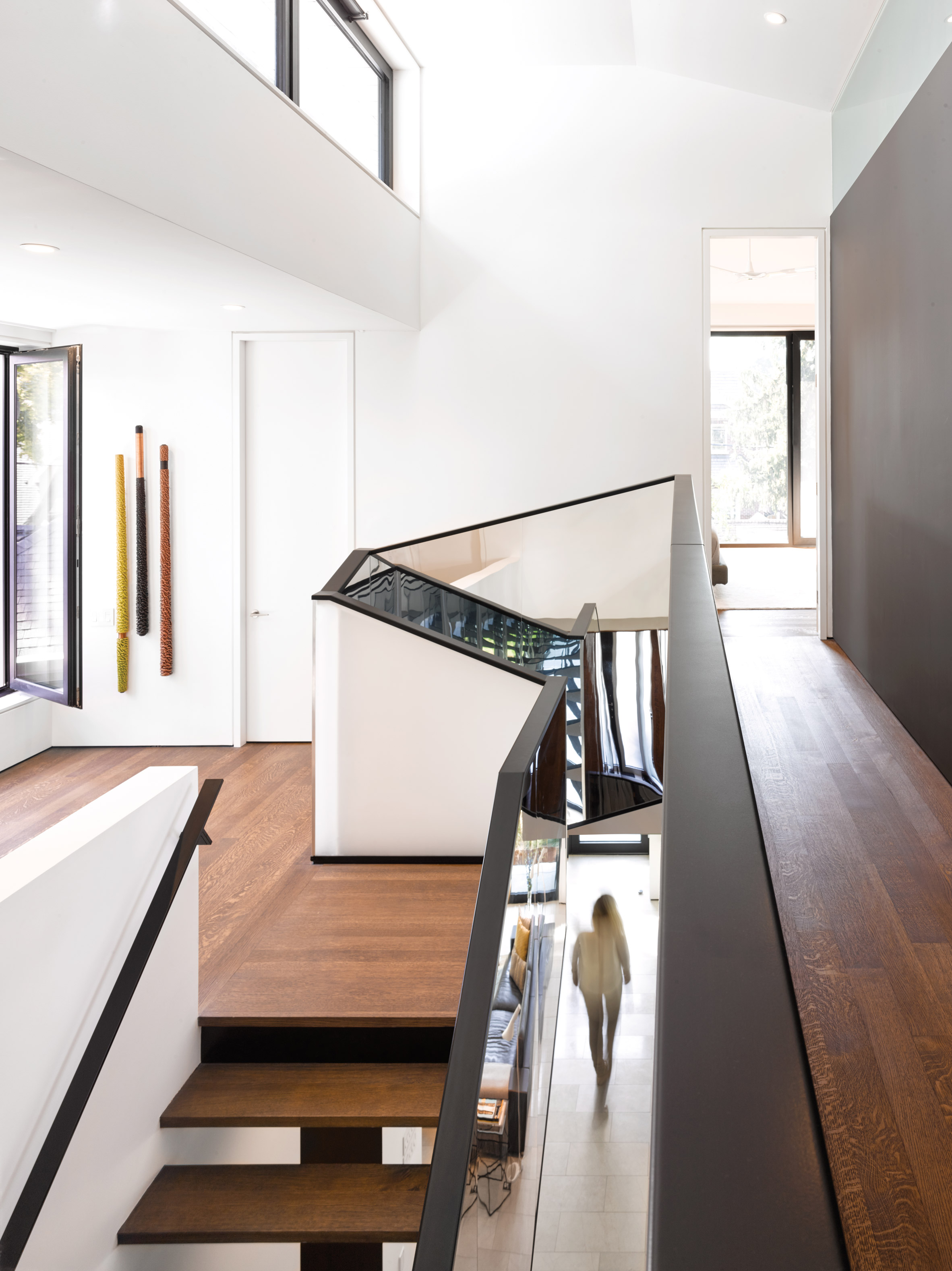 The focal point of the home is a reflective staircase, which Paul Raff Studio “designed to catch and reflect light, as well as various views, to create a complex and kinetic three-dimensional spatial play”. 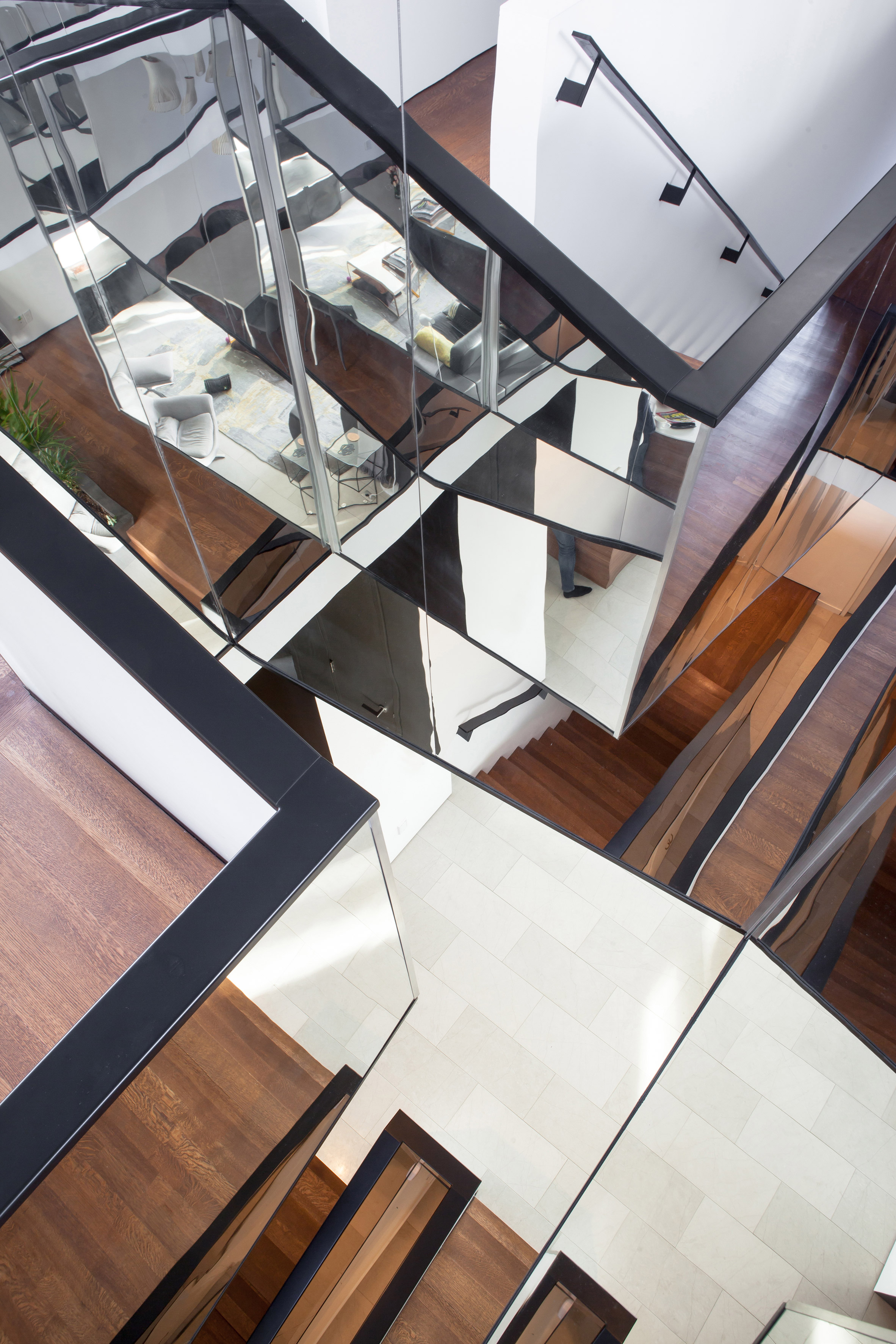 Mirrored panels cover one side of the balustrades, creating a continuous reflective band as the stairs dogleg up through the house.

“Its intricate form is like an origami sculpture, folding its way vertically through the building,” said the Toronto-based firm. 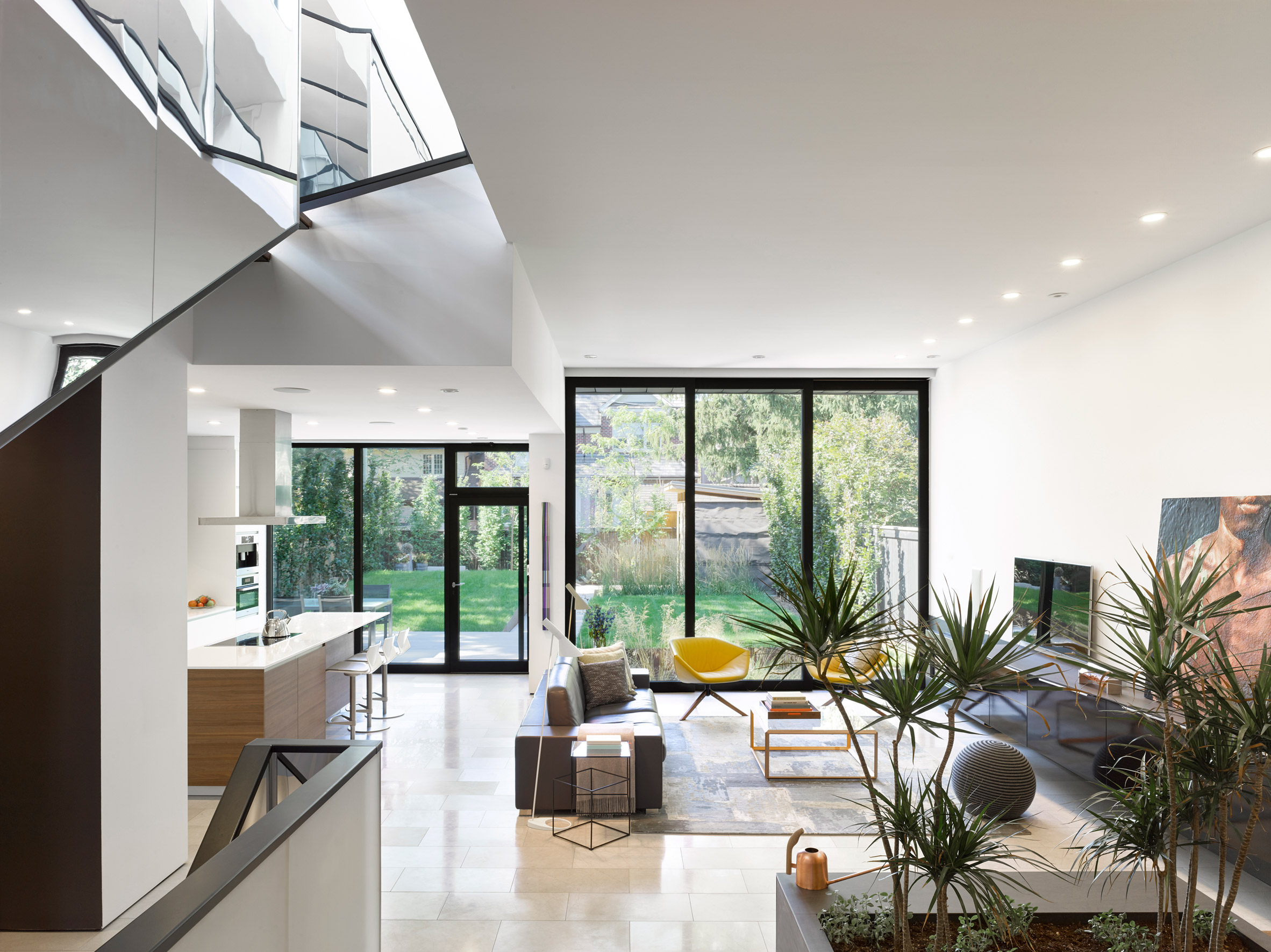 The material helps to distribute light across the three floors. Looking up the stairwell from the basement, the surfaces look similar to the disjointed geometric patterns created by a kaleidoscope. 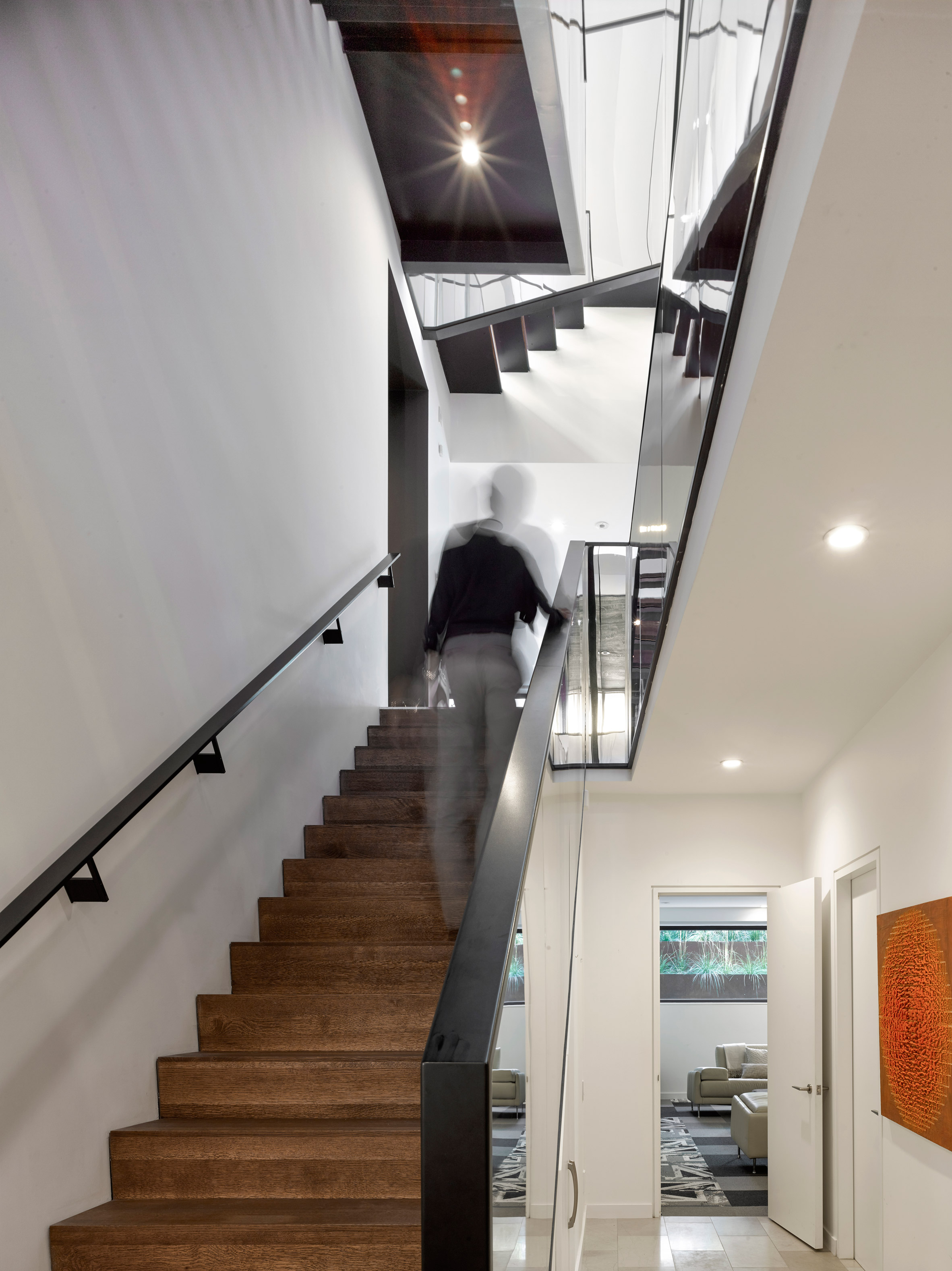 “Living in this house has been an adventure,” said one of the home’s residents. “We live with so much light, so many surprising reflections. Walking from one floor to the next is like travelling through a kaleidoscope.” 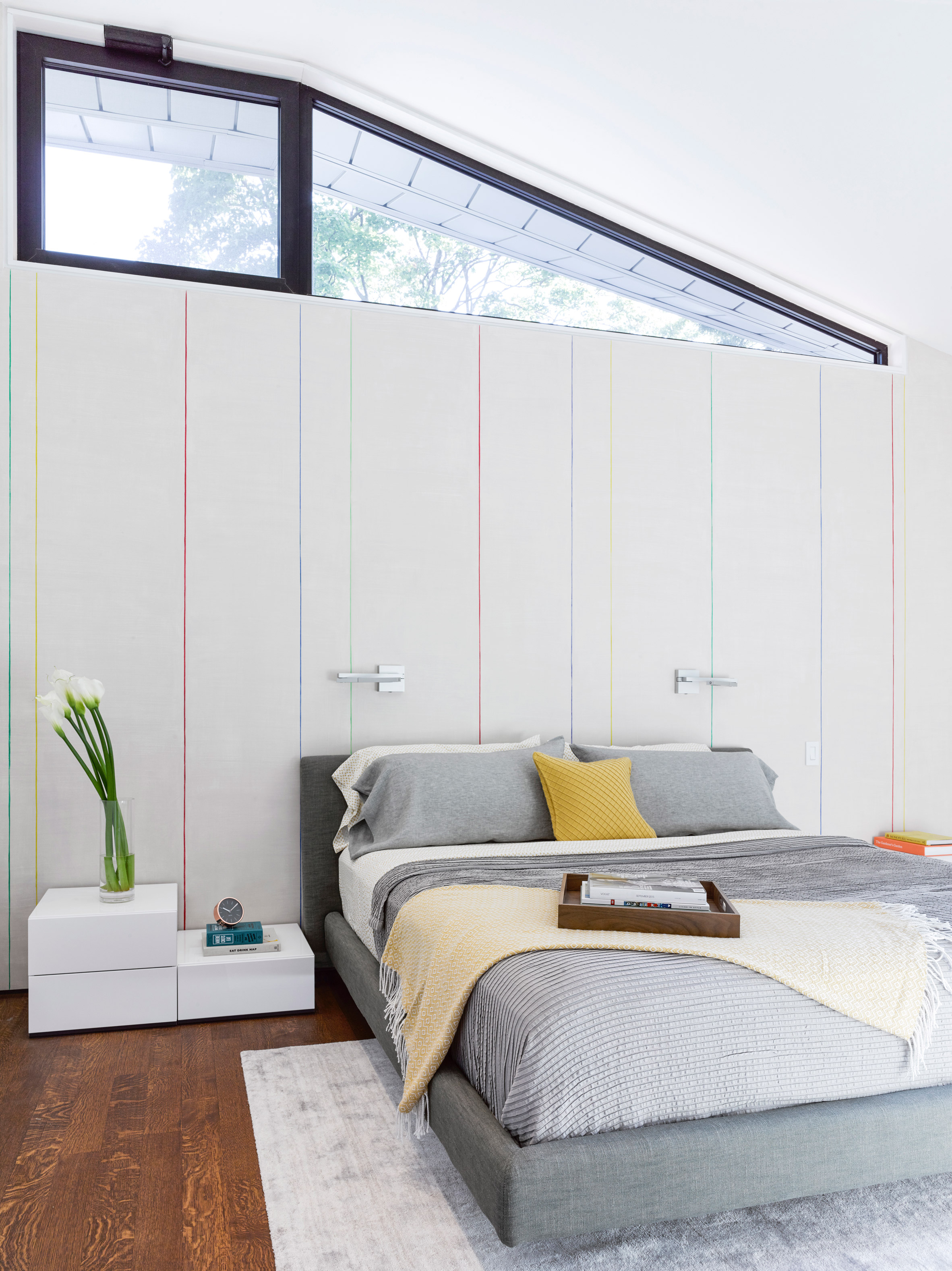 Upon entering, the first space past the foyer is a dining room with walnut floors, which also showcases the mirrored stairs. A step down beside a built-in planter leads to a living room and kitchen, with floors covered in Loire limestone tiles to reflect sunlight from the garden. 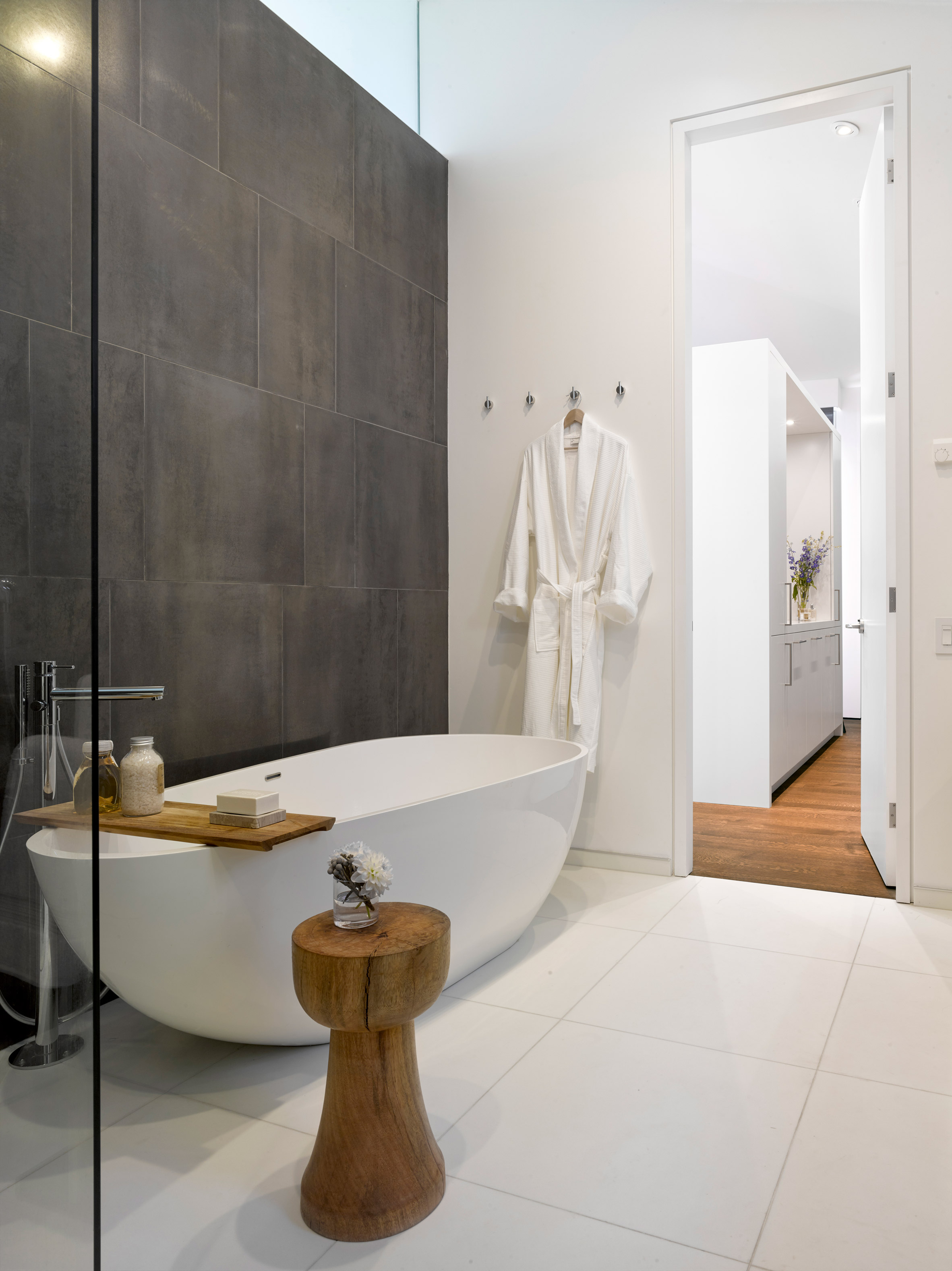 This open-plan layout allows light from the fully glazed walls at the back to penetrate all the way to the entrance. 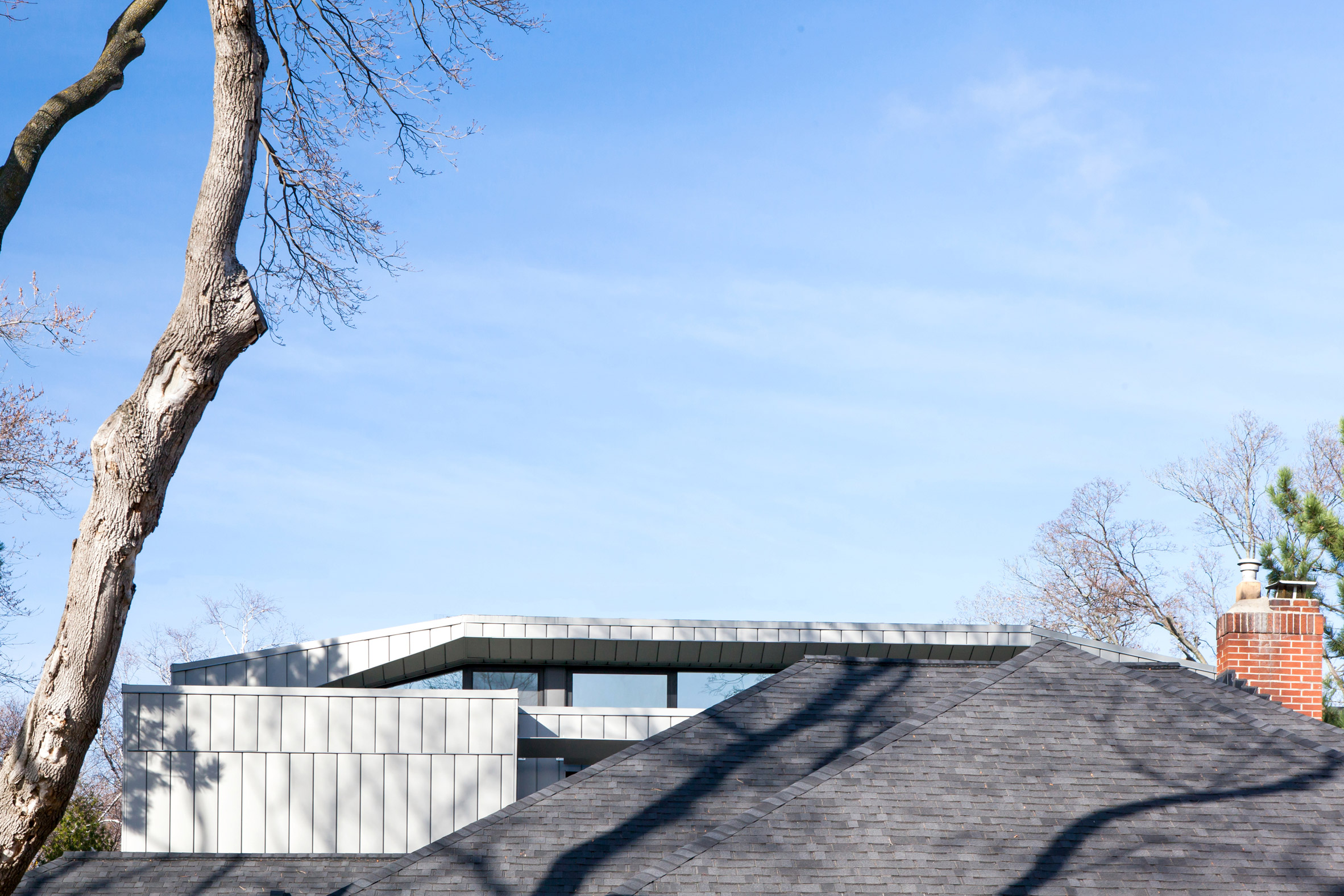 A sauna, office, and play room are located in the basement. Upstairs, a master bedroom with en-suite, two children’s bedrooms, a guest bedroom, and two additional bathrooms surround the staircase. 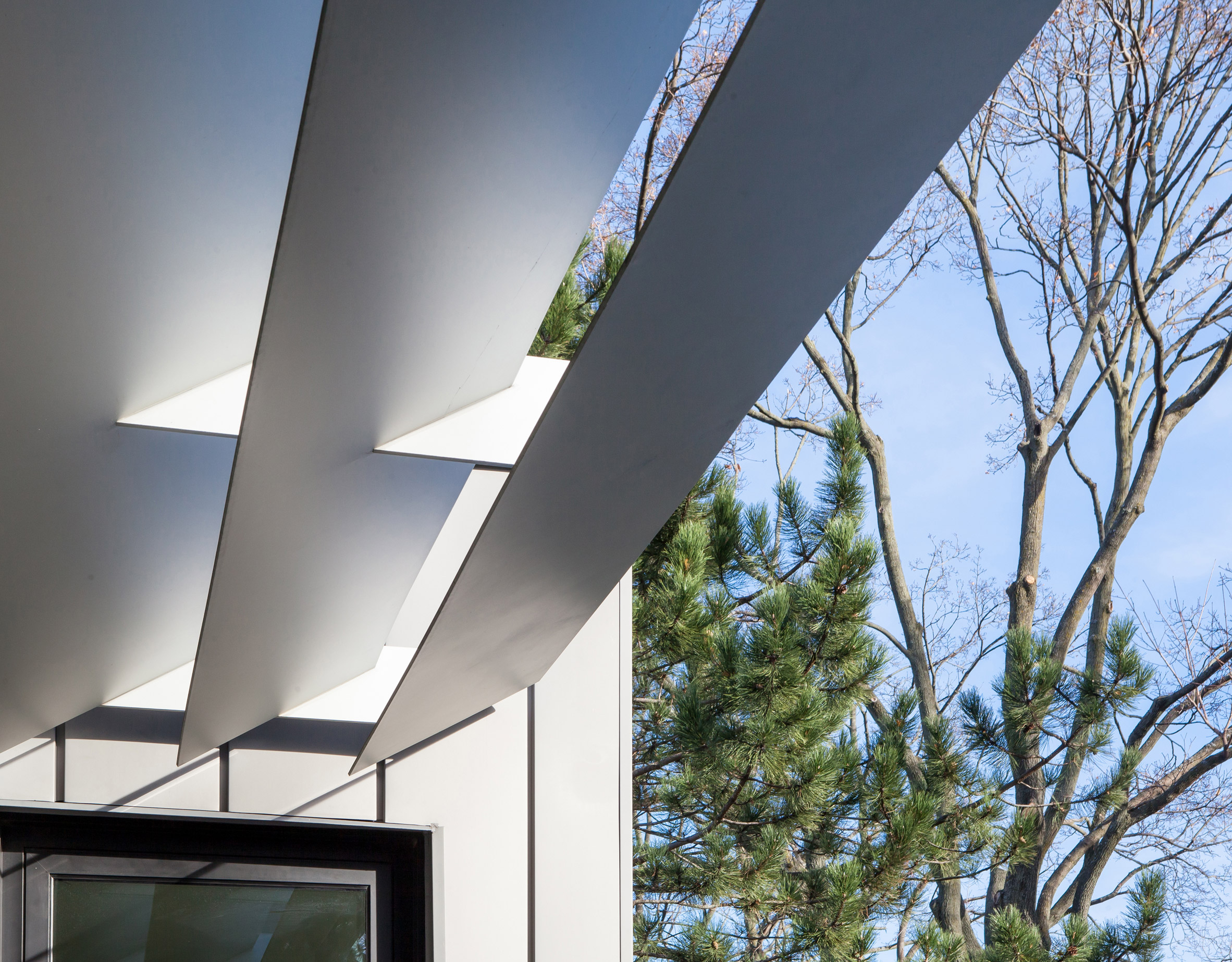 White walls and high ceilings inside make the the interior resemble an airy loft, rather than a suburban home. 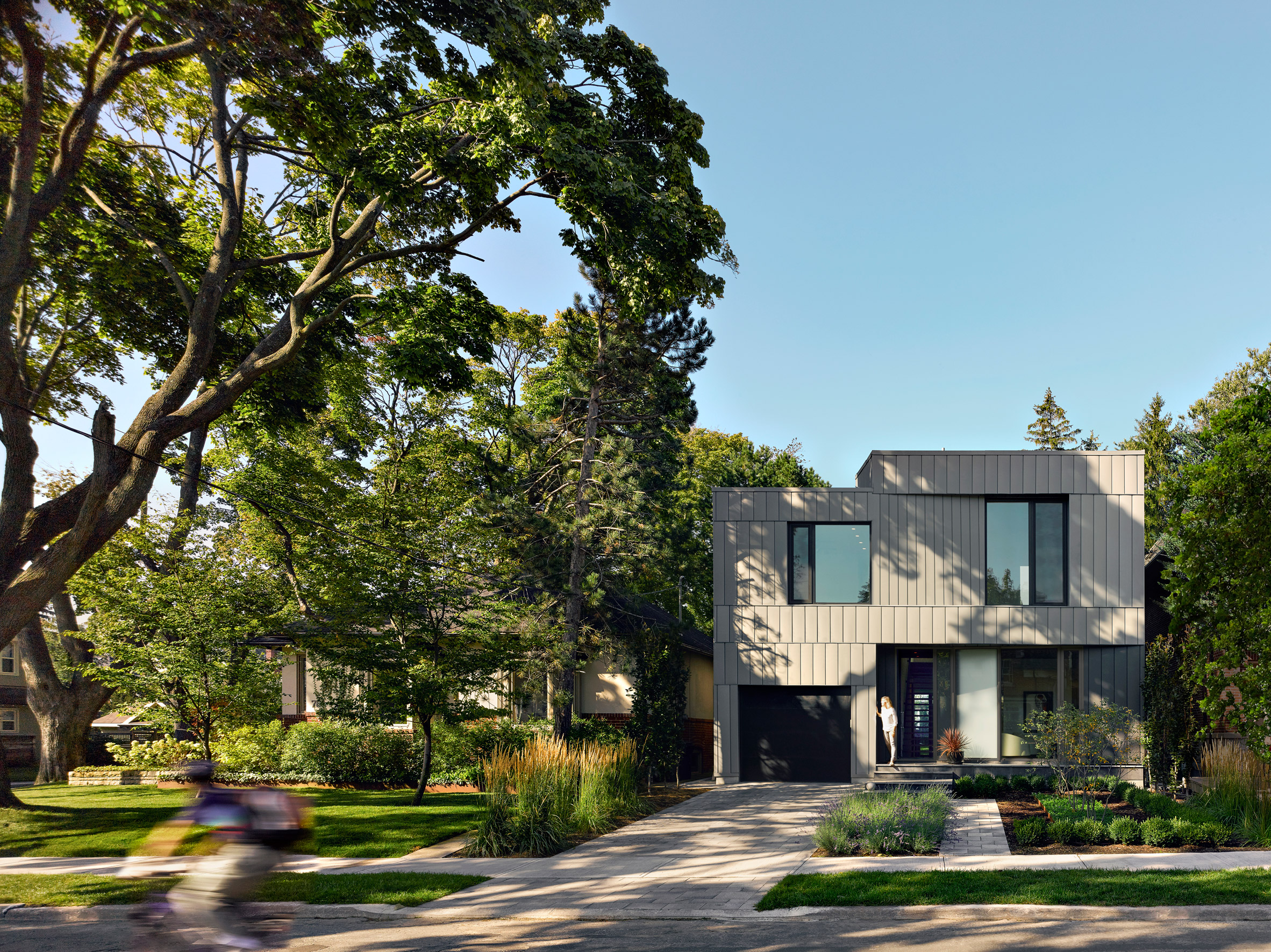 Paul Ruff Studio covered the exterior in zinc and scattered the elevations with expansive square windows. One of the south-facing windows on the upper floor is shaded by a set of angled louvres installed above. 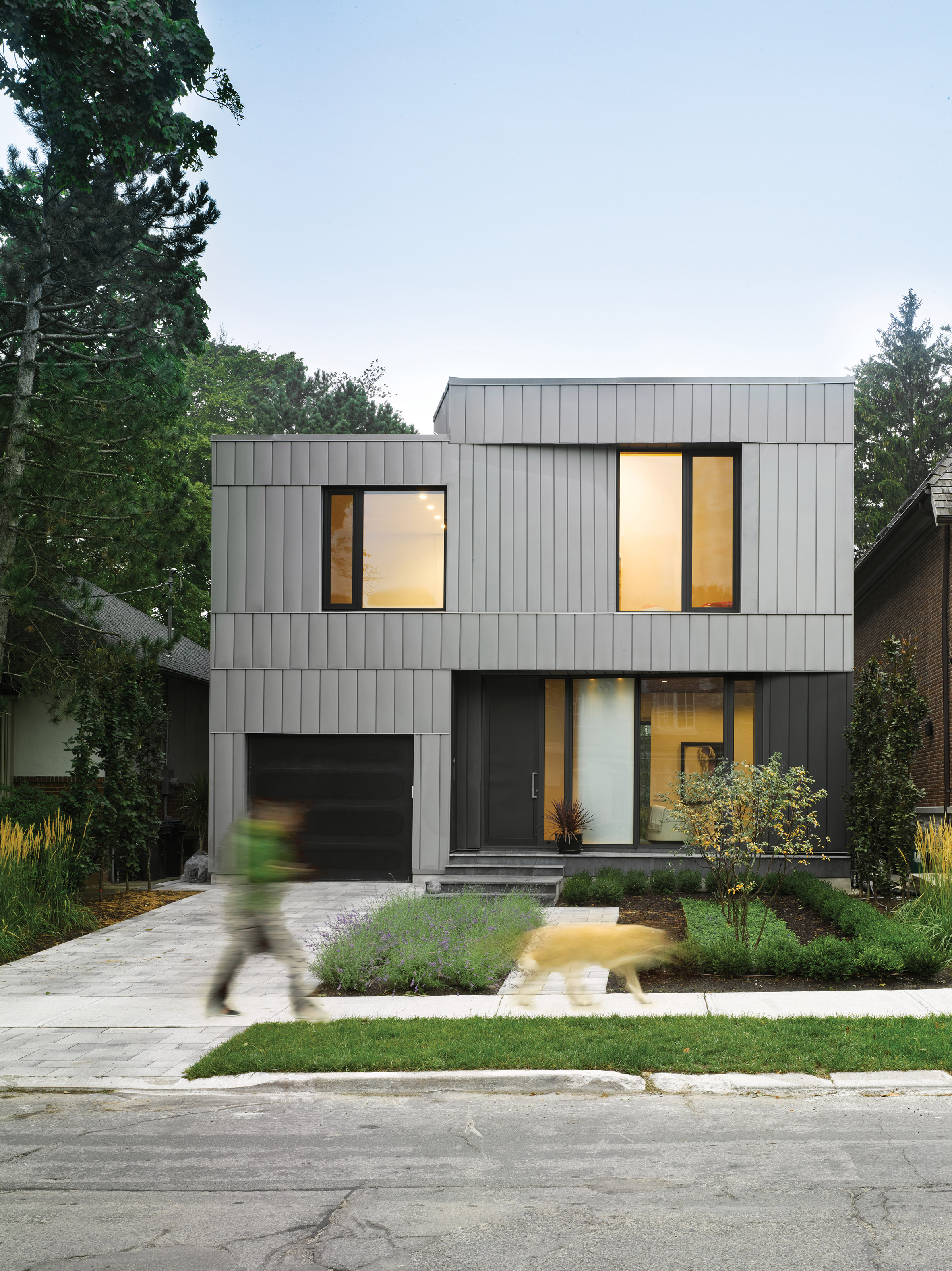 “[The louvres] are pitched at a very specific angle which is mindful of seasonal sun position,” said the studio. “In the winter months, based on the position of the sun, the louvers allow for a maximum of light to pass through; in the summer months, a minimum.” 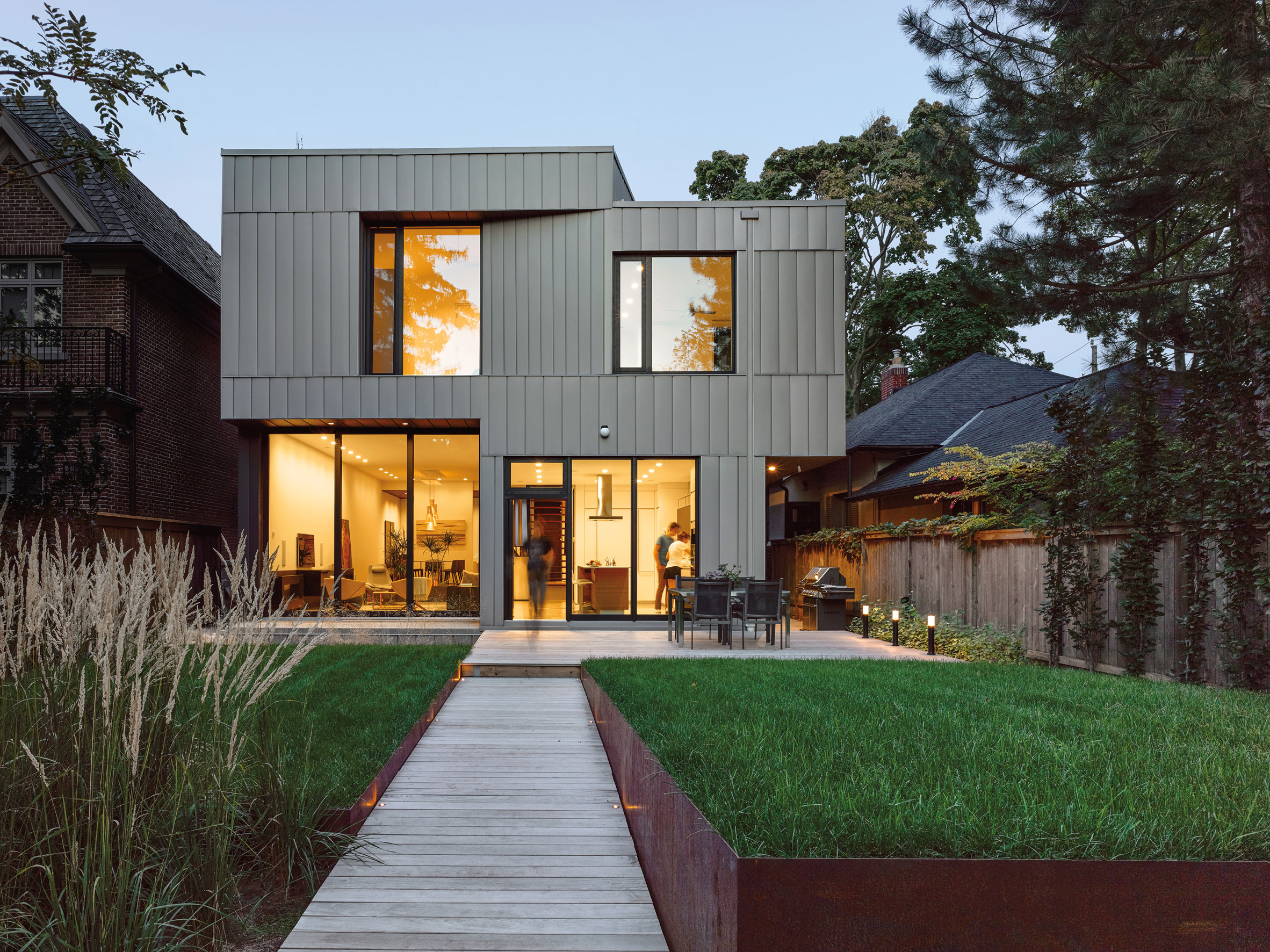 Paul Ruff Studio also used louvres at its Counterpoint House, where thin horizontal strips of metal cover the front of the top storey.

Photography is by A-Frame Inc. 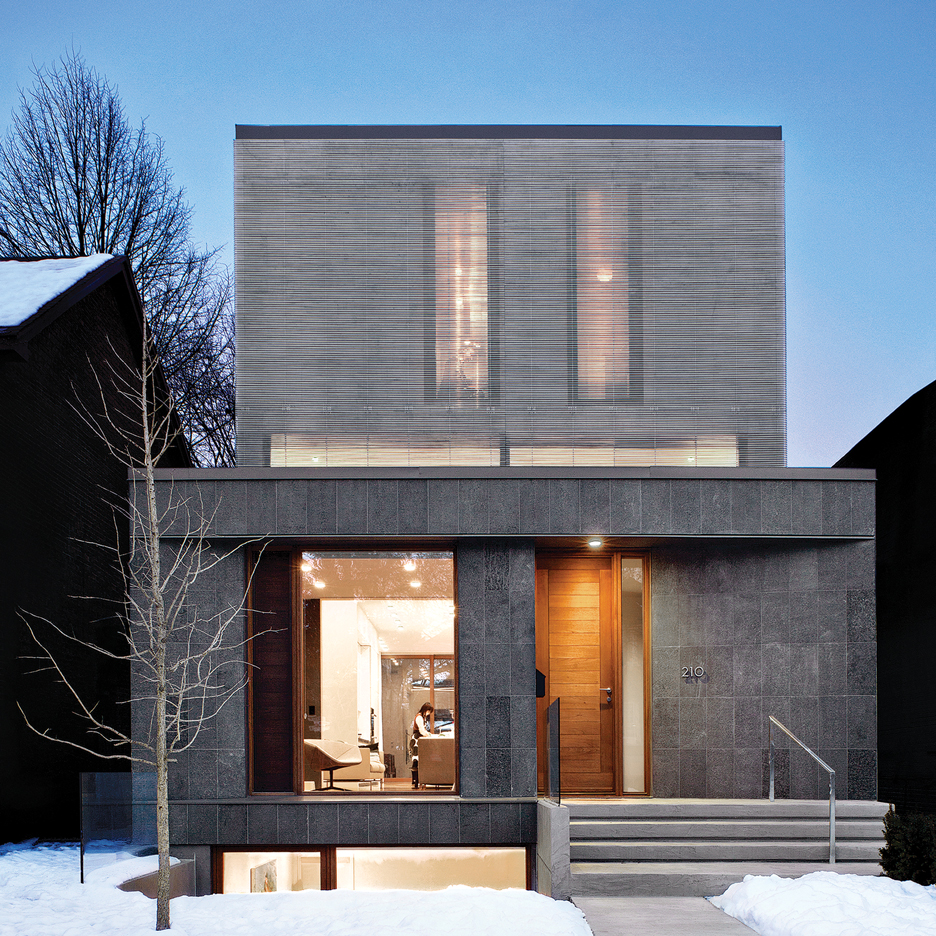