inspired by jules verne’s 20,000 leagues under the sea, the illustrated project by yunil nam entitled ‘the reef of silence’ is an exploration of a funerary venue and coral cultivation facility. through this fictional underwater structure, nam investigates the cultural and environmental issues in indian ocean. the architect studies the traditions of indian zoroastrianism, which involves the depiction of an historical and religious funerary place called ‘tower of silence.’ this tower is told to have the purpose of revitalizing endangered vultures which prey upon the dead bodies of humans. nam expresses the mixed media project through intricate pencil drawings, paper cut collage, and digital photomontage. 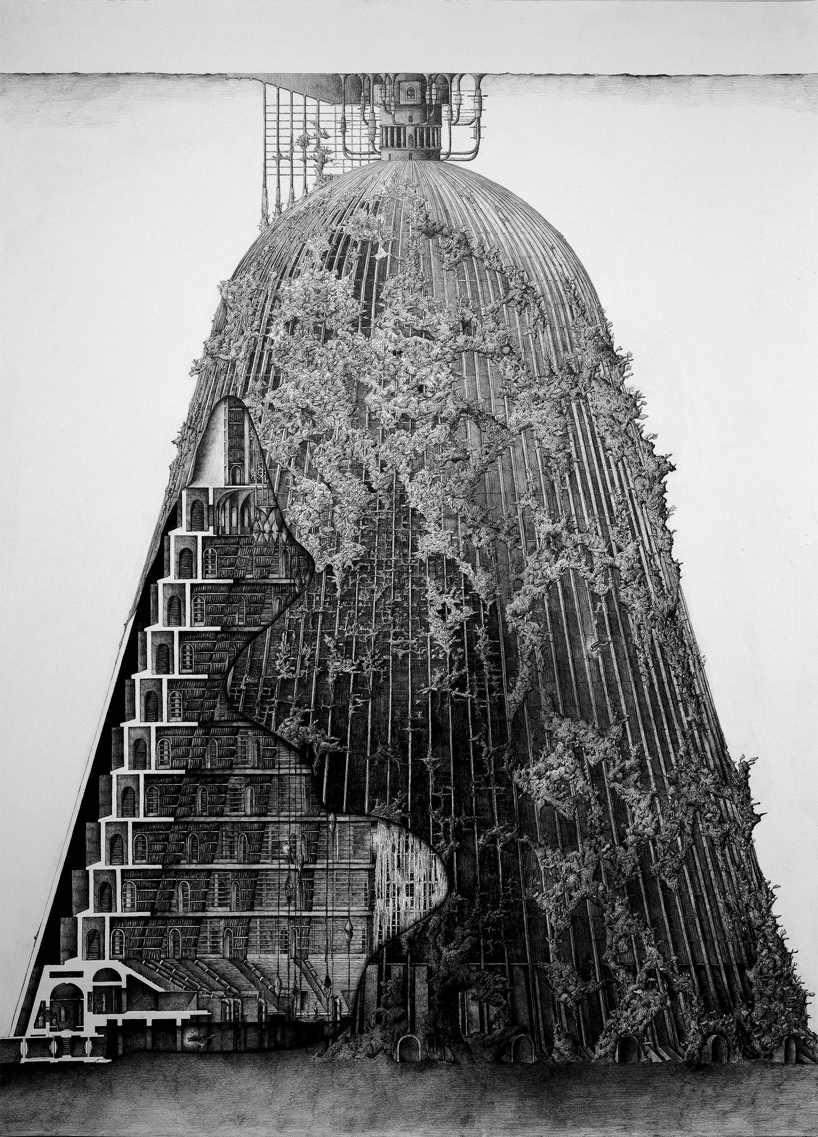 all images by yunil nam

through ‘the reef of silence,’ yunil nam proposes a process of decay and regeneration in the form of visionary burials called ‘tectonic vultures.’ this system consists of such new techniques in body decomposition as freeze-drying and liquefaction, transforming the human body into nutrients in the forms of powder and liquid. coral, the urban infrastructure of marine life, is then fed by those processes and subsequently reverted back into its natural condition. although these tectonic vultures are the most crucial components in this rehabilitation, a manipulated architectural skin plays a significant role as an underlying foundation for the growing coral. eventually, this substructure will be covered entirely in an amassment of growth and become a natural reef structure establishing a new underwater city of marine life. 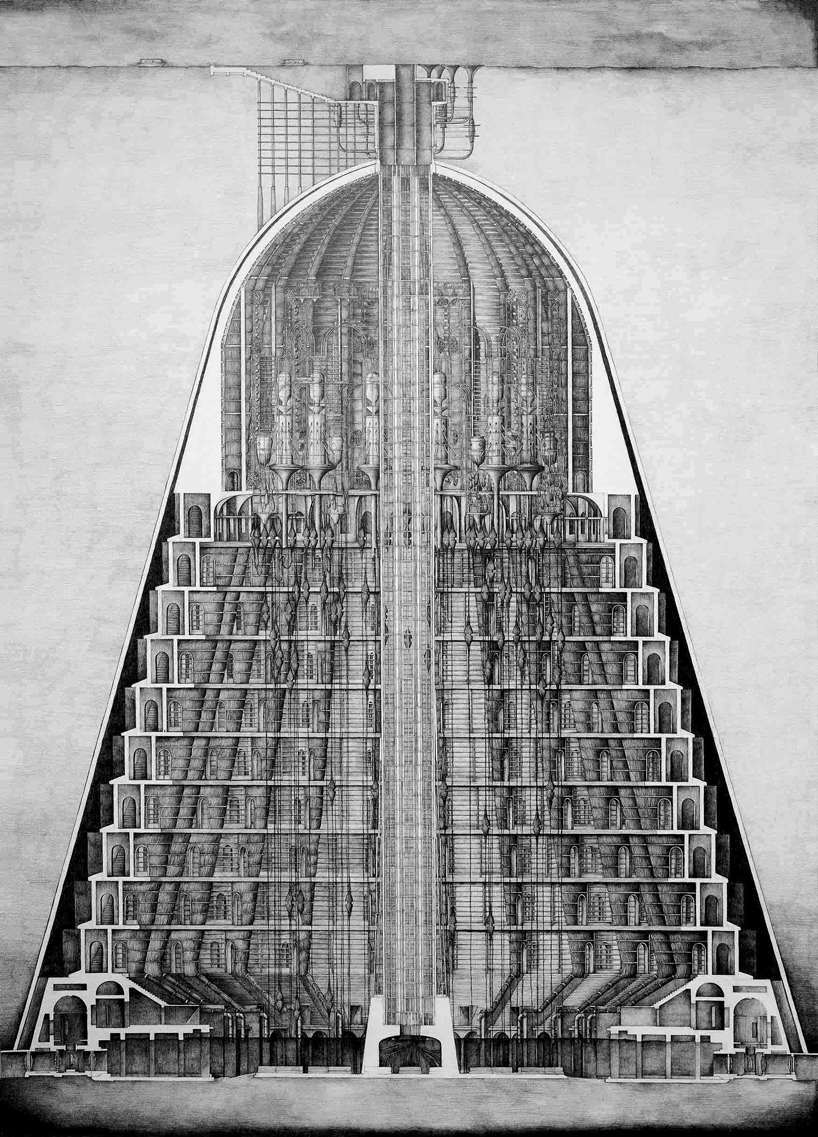 the intricately detailed pencil drawings depicts the monumental scale of the underwater structure with a dramatic contrast between light and shadow. the drawings are likened to those of giovanni battista piranesi’s eighteenth century ‘carceri’ series with disorientingly dense infrastructure, while the unfathomable scale of the project in relation to the human recalls the unrealized ‘cenotaph for sir isaac newton’ drawn in 1784 by étienne-louis boullée. the imagined structure is suggestive of such architectural motifs from antiquity as the arcade and the coffered dome, while the sectional drawing is rendered with a heavy, thickened poché. 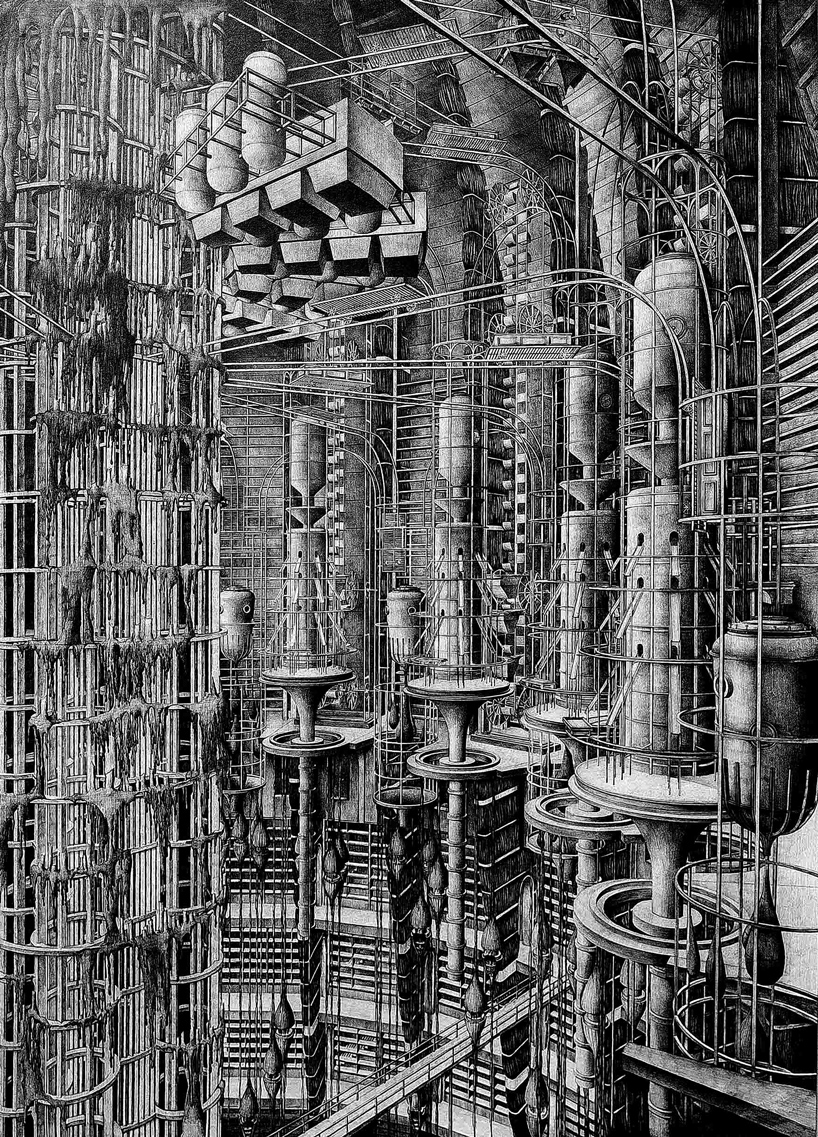 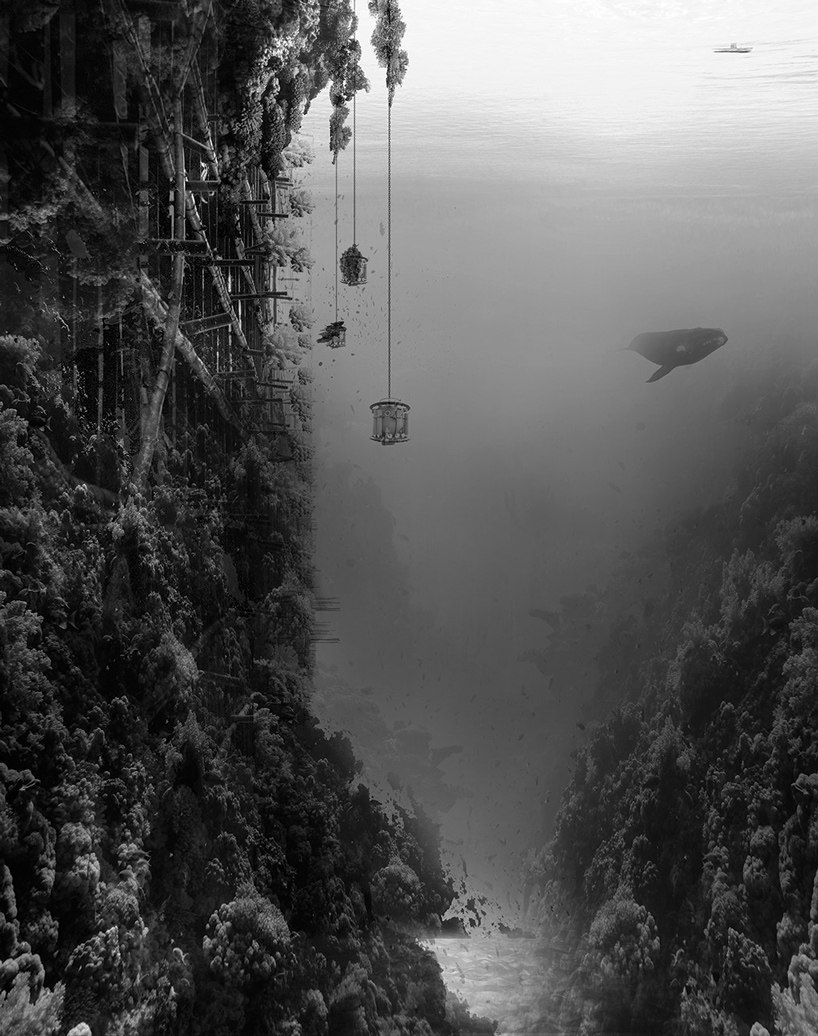 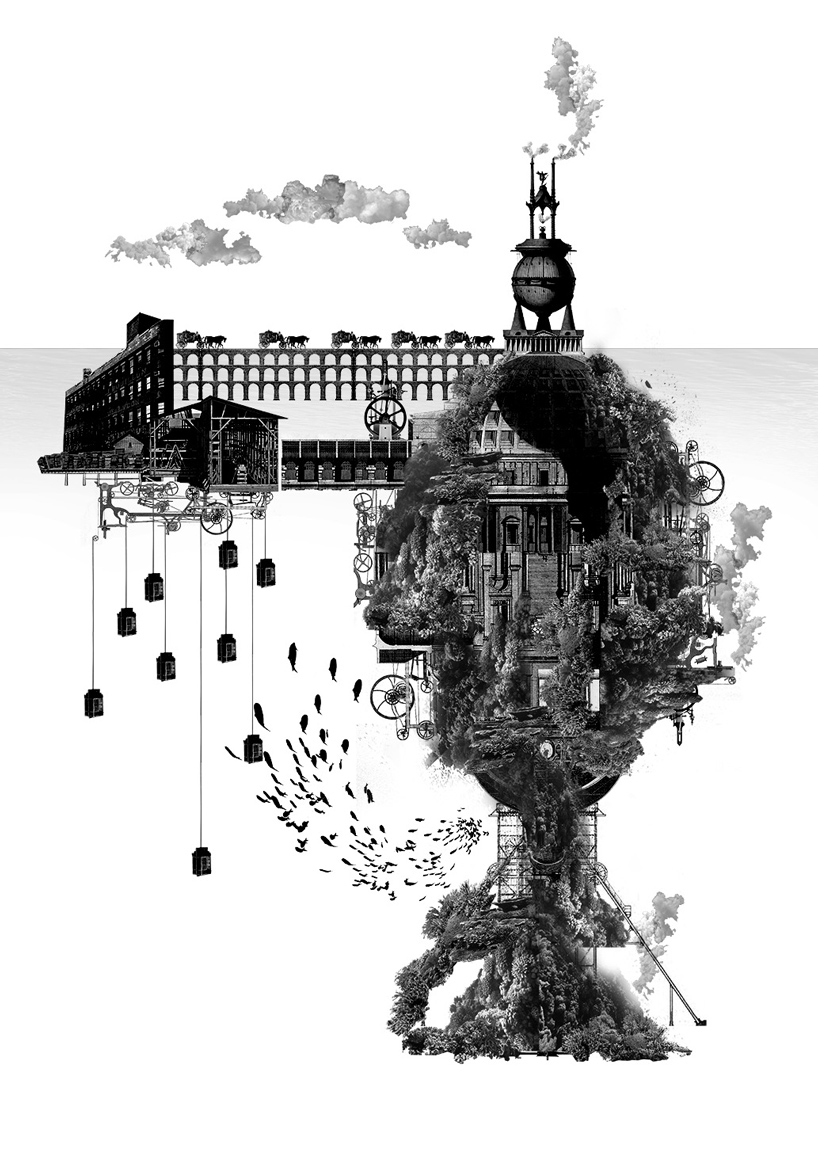 project title: the reef of silence