Architecture firm Morphosis has revealed its design for a swooping, striated building that will house an art museum in Southern California.

The Orange County Museum of Art (OCMA) is uprooting from its current location in Newport Beach, and moving inland to the Segerstrom Center for the Arts in Costa Mesa. 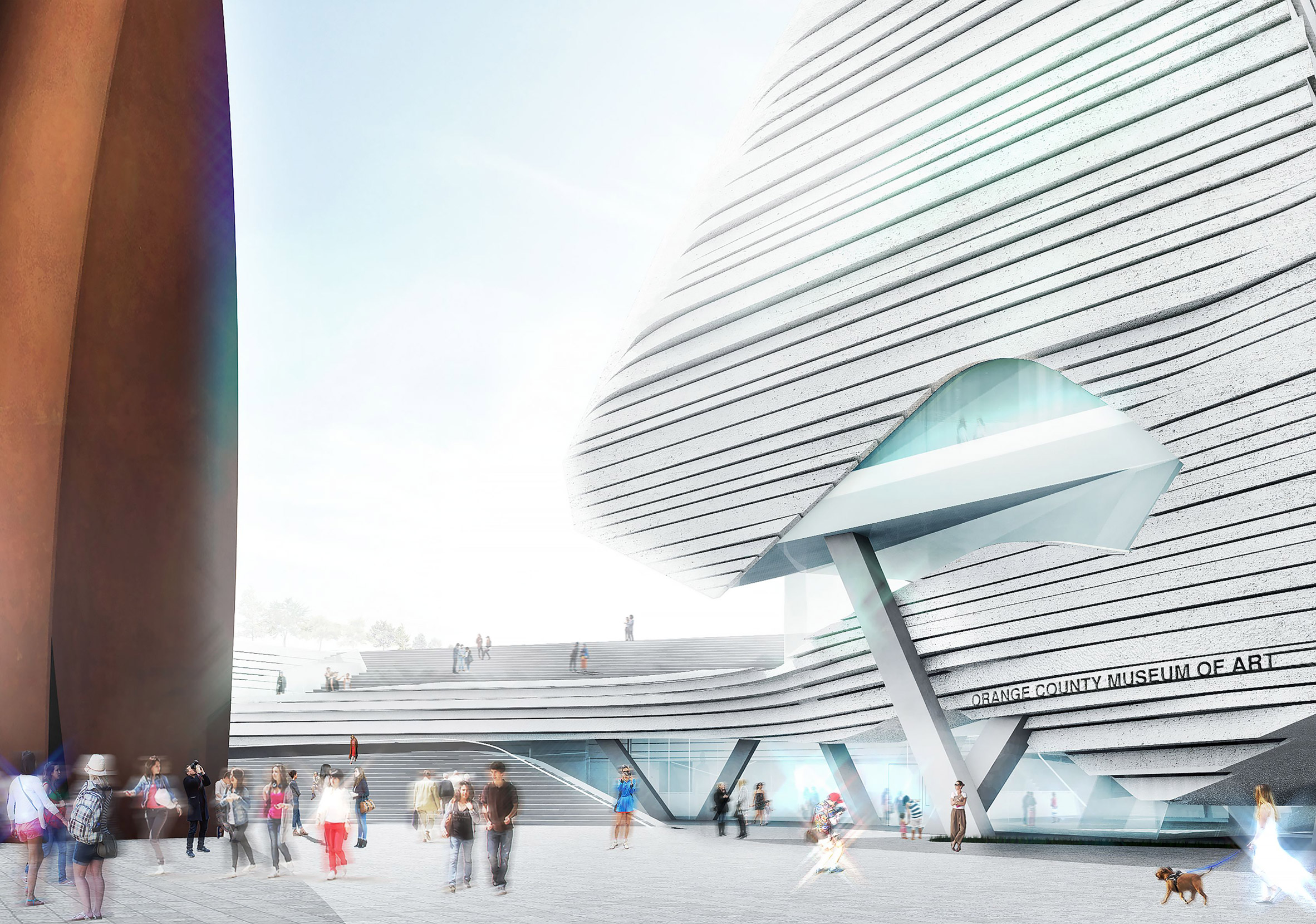 The extra space will allow the institution to host larger special exhibitions and installations, both inside and across expansive outdoor areas. 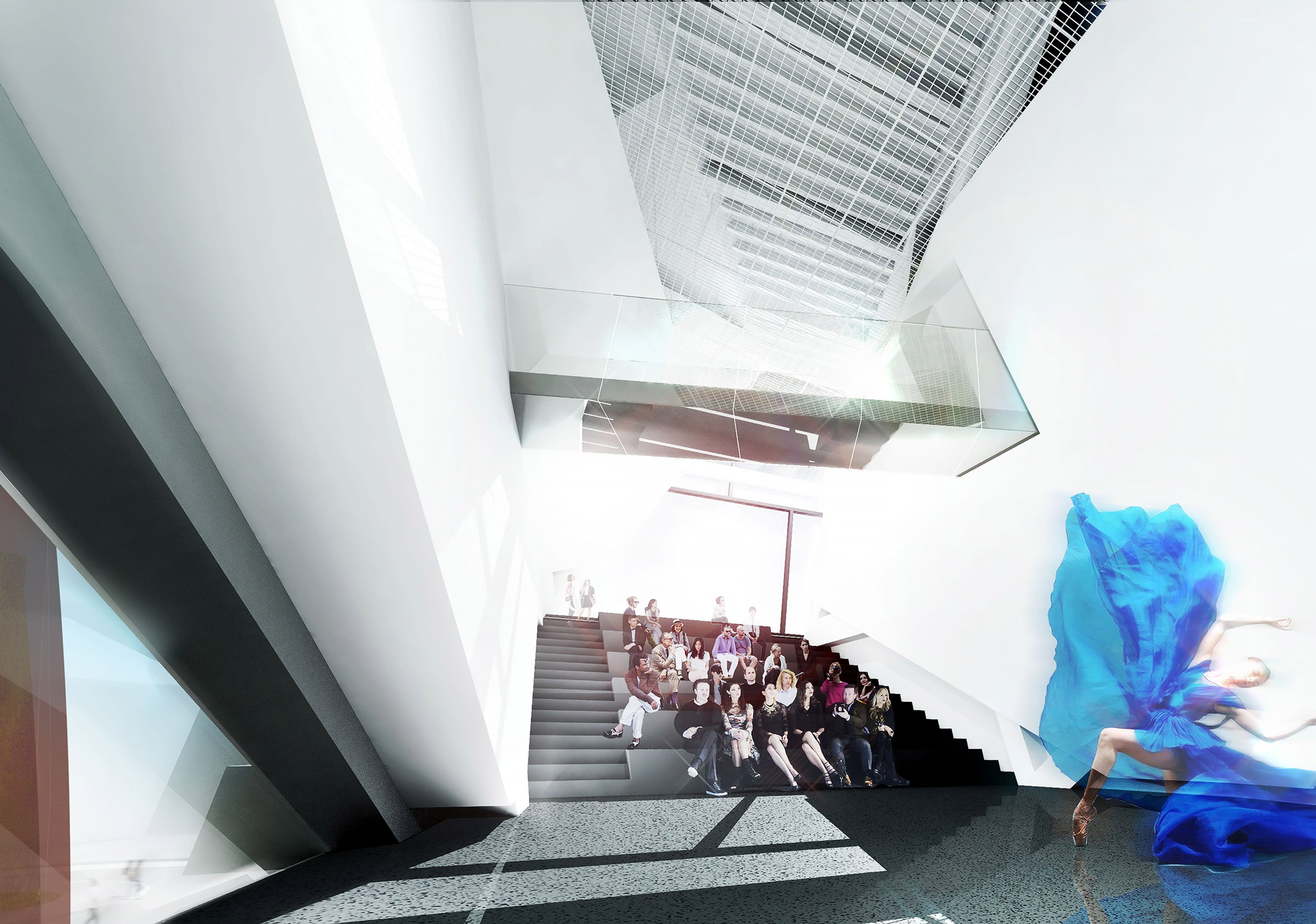 “Morphosis’ design for the museum evolved from both the ‘outside-in’ and the ‘inside-out’,” said Mayne in a statement. “The building is a final puzzle piece for the campus at Segerstrom Center for the Arts, responding to the form of the neighbouring buildings and energising the plaza with a cafe and engaging public spaces.”

“At the same time, the design also responds to a desire to enhance access to OCMA’s permanent collection through neutral, flexible exhibition spaces that can complement art of all media,” he added. 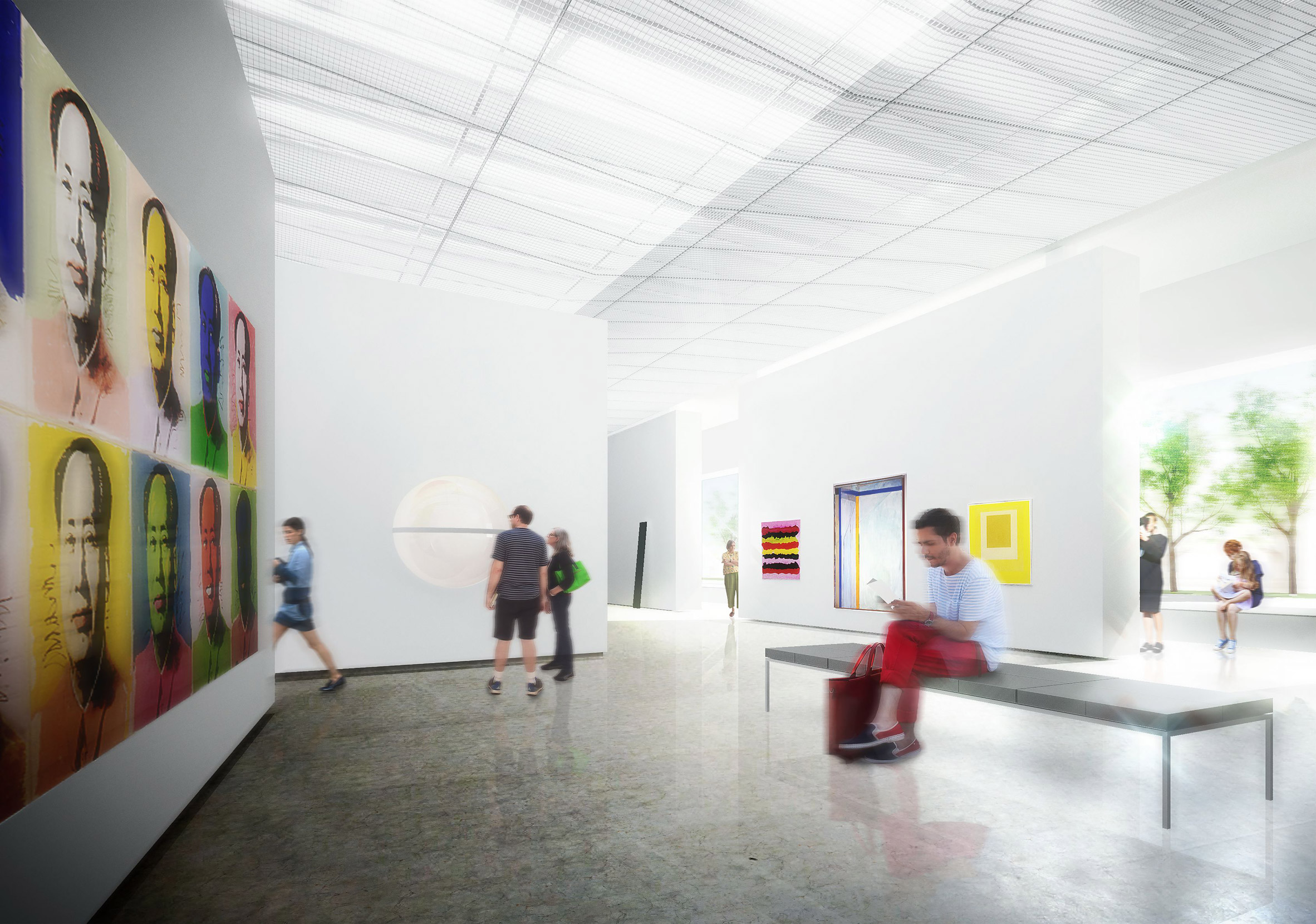 Spread over several levels, the museum will feature pale-coloured stripes of metal around its external walls, which will curve and slant to create a sculptural form. Areas of glass and exposed concrete will add to the material palette.

Steps will extend from a break in the building to connect the levels of the site outdoors, and create an area for the public to sit. A cafe will also spill out onto the plaza. 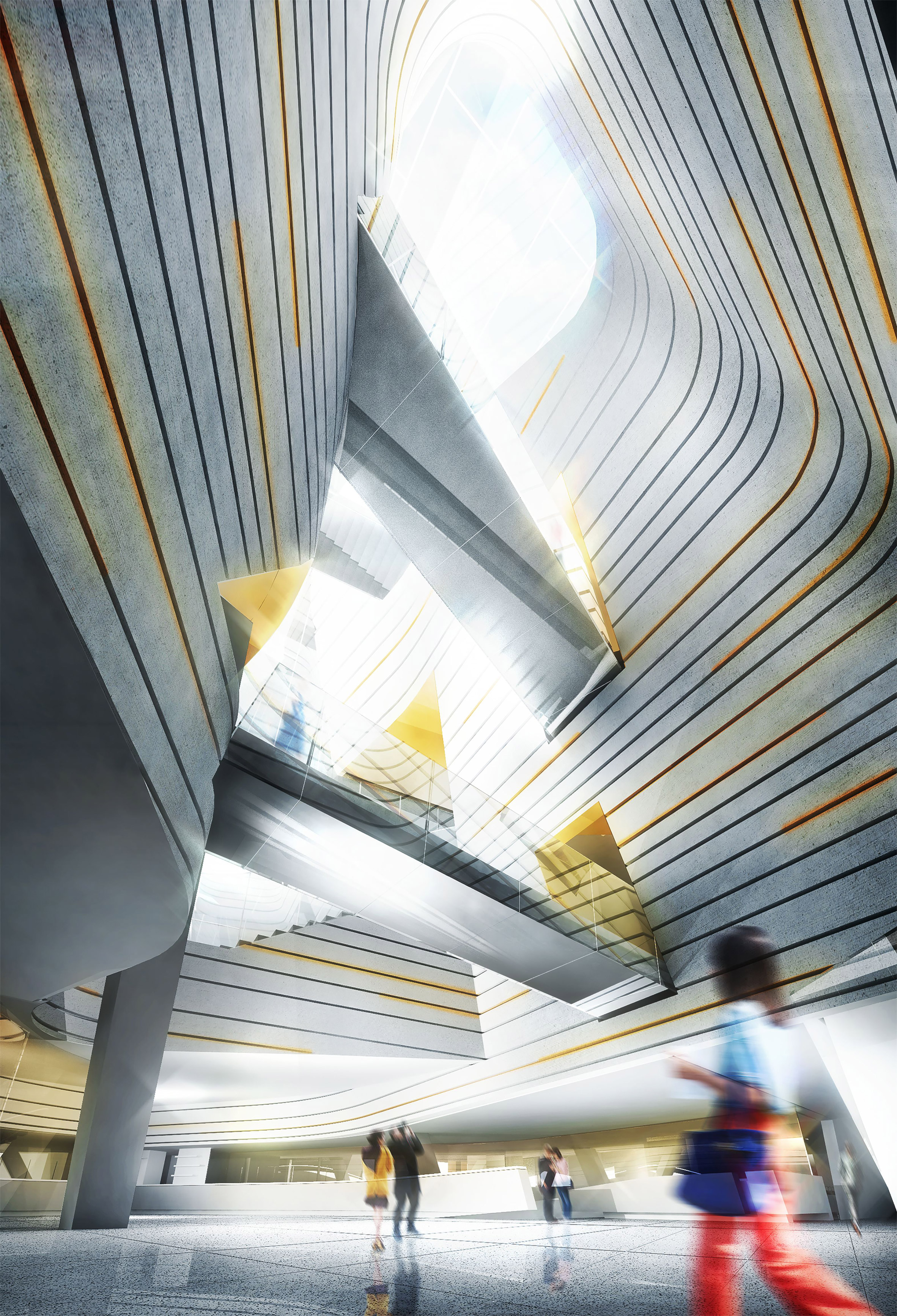 “On the outside, a grand public stair curves toward the entry, linking the museum to Segerstrom Center for the Arts’ Argyros Plaza and the adjacent performing arts venues, and creating an inviting public gathering space for pedestrians and visitors,” said a statement on behalf of the museum.

The spaces inside are intended to be flexible and reconfigurable, allowing OCMA to put on a variety of shows in different formats.

The main floor will be entirely open and used for multiple functions, while mezzanine and street-front galleries will provide options for showing the museum’s permanent collection and temporary exhibitions.

A spacious rooftop, covering 70 per cent of the building’s footprint, will allow visitors to enjoy installations, sculptures, film screenings and events outdoors. 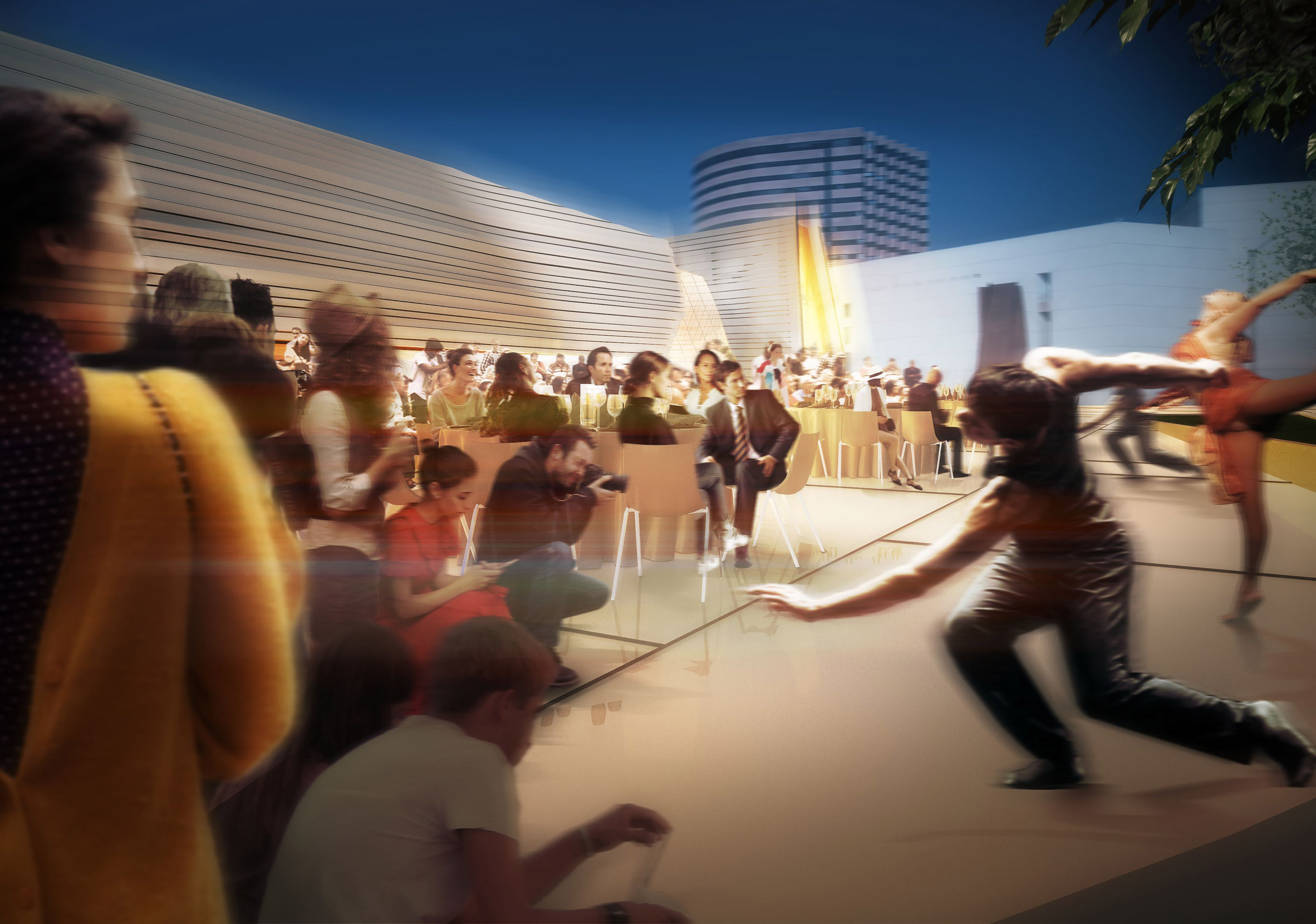 “Hovering over the soaring, light-filled lobby atrium is an inspiring and dynamic architectural space for performance and education, illuminated by a full-height window overlooking the terrace,” the statement said.

Education facilities, administrative offices and a gift shop will also feature in the museum, while a tall lobby with a full-height will provide a performance and learning space. 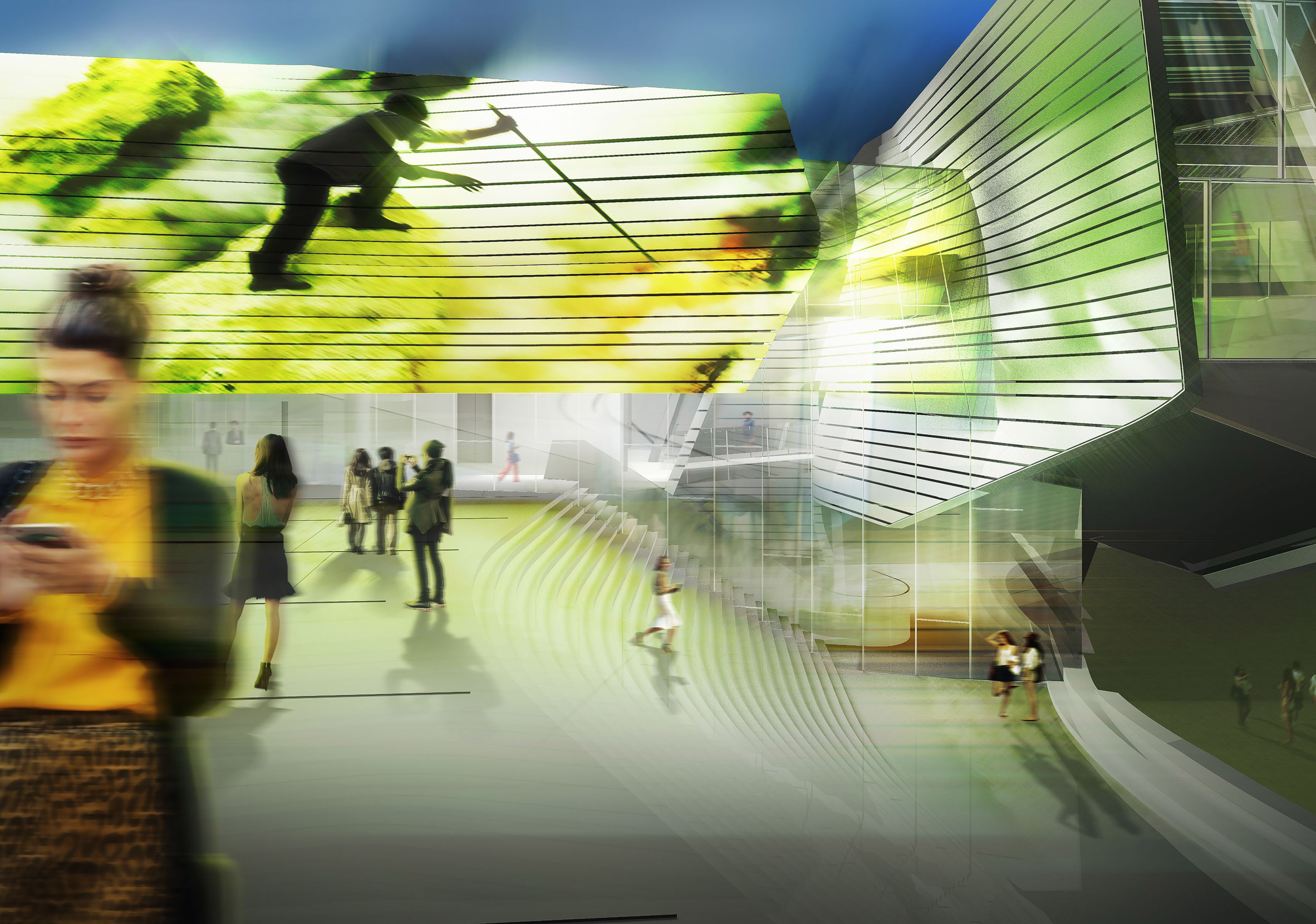 OCMA’s Newport Beach building will close 17 June 2018, but has plans to present temporary exhibition at a space in Santa Ana’s South Coast Plaza Village starting in the fall. Morphosis’ project is scheduled to break ground in 2019, with opening expected in 2021.

Founded in 1972, Morphosis has many cultural and educational buildings under its belt, including the Perot Museum of Nature and Science in Dallas and the Emerson College campus in LA.

The firm – which ranked at 90 on the 2017 Dezeen Hot List – recently completed Cornell Tech university’s home on New York’s Roosevelt Island, and unveiled a design for an island of unicorn startups in Chengdu.