The 2,023-square-metre house, named OVD 919, looks down over the city’s affluent beachside neighbourhoods Bantry Bay and Clifton from a lofty perch on a mountain known as Lion’s Head. 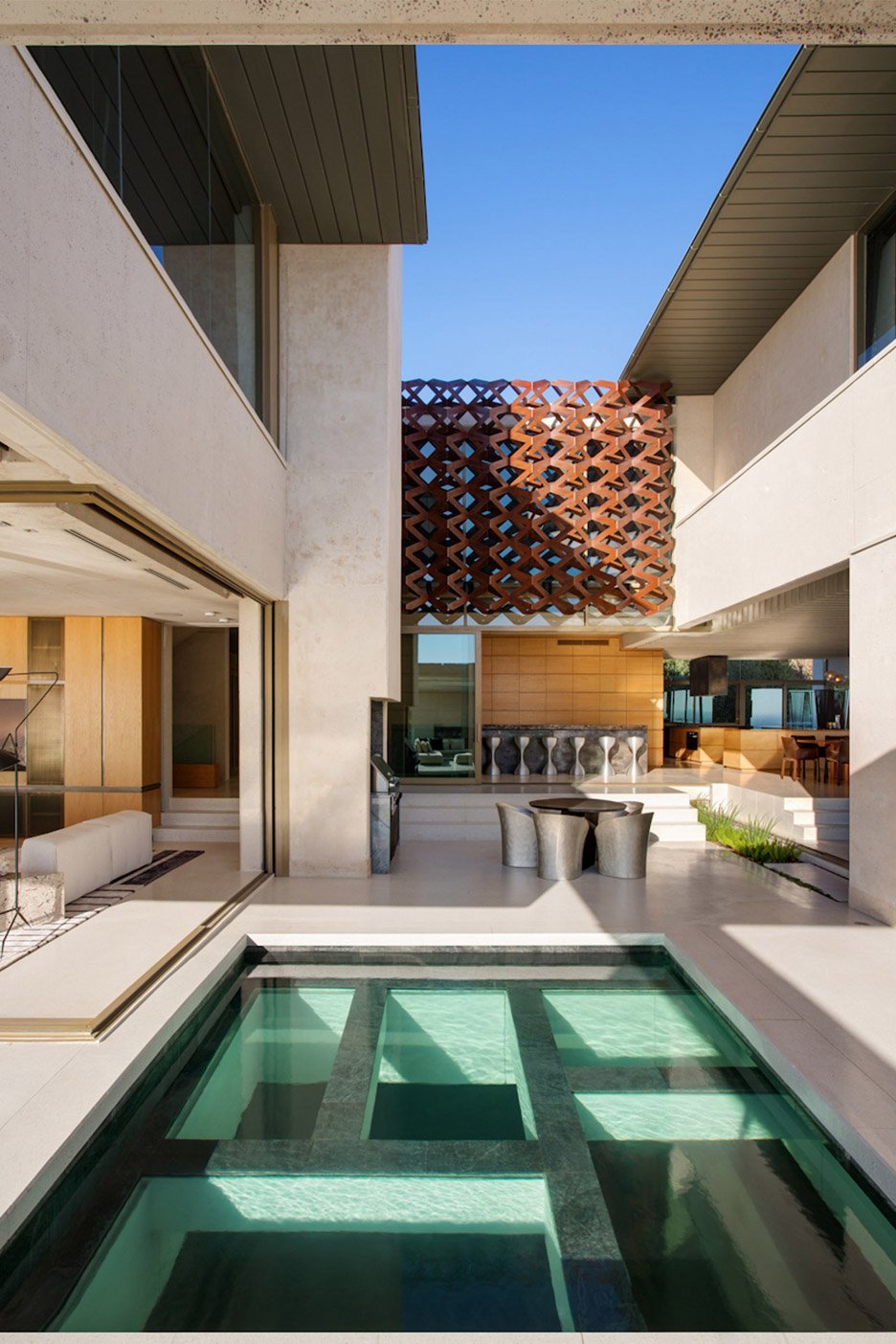 “Nestled below Lion’s Head, this family home capitalises on spectacular views,” said SAOTA, which specialises in luxury private houses on the Cape.

Because of the sloping site, the architects had to create a platform in order to provide a flat spacious garden from which to enjoy the vistas. 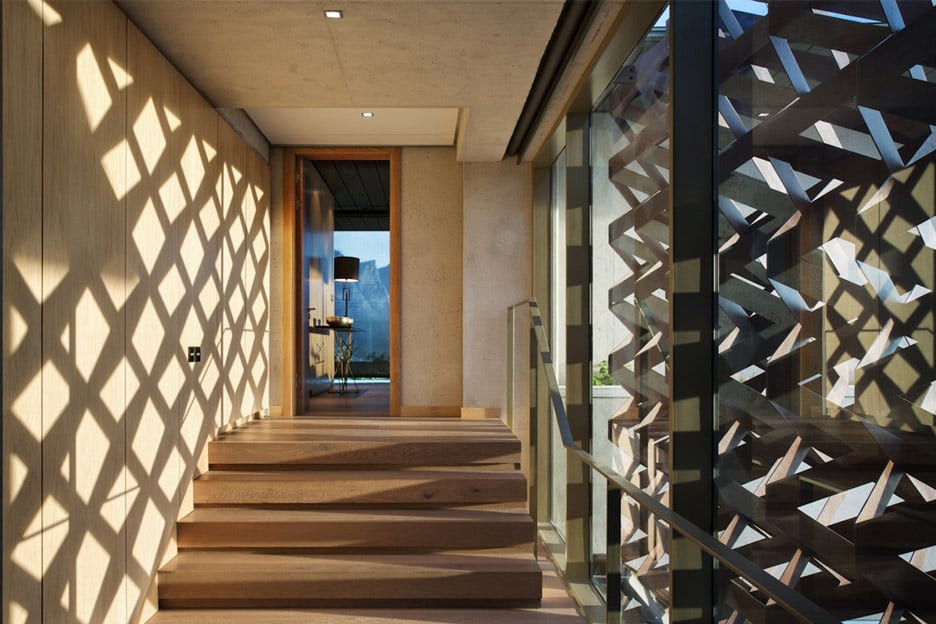 The building sits with its back to the mountain and opens out to the terraces in front. Sections of the external walls slide away completely, extending living spaces out onto the generous terraces.

A moat-like swimming pool surrounds an outdoor seating area and bar, covered by a roof that projects from the main building and folds down at the end to form a supporting wall. 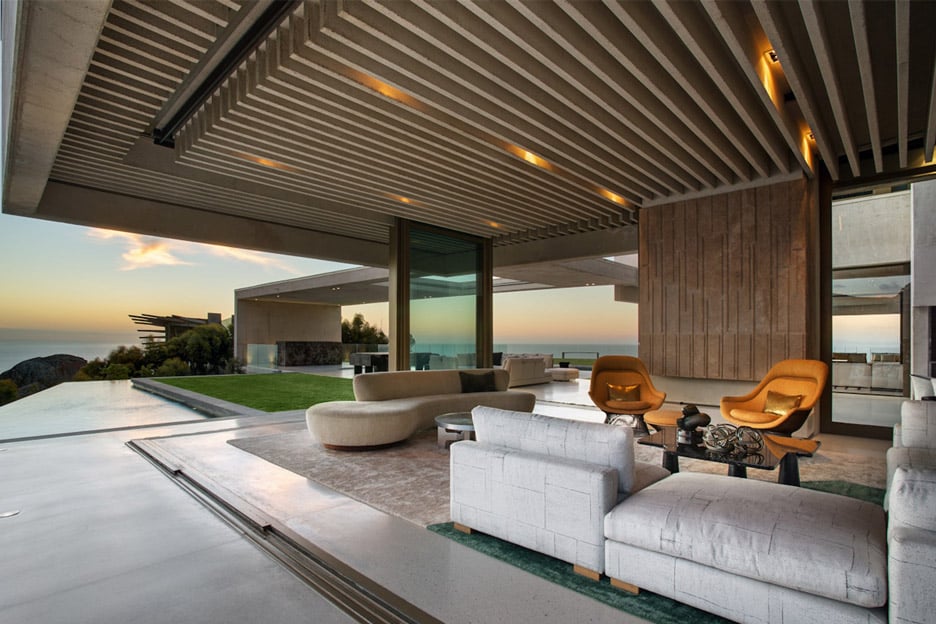 The concrete canopy creates a frame that outlines the dramatic Twelve Apostles formation to the south.

Concrete was also chosen as the dominant material for the structure and exterior finishes for the main volumes. 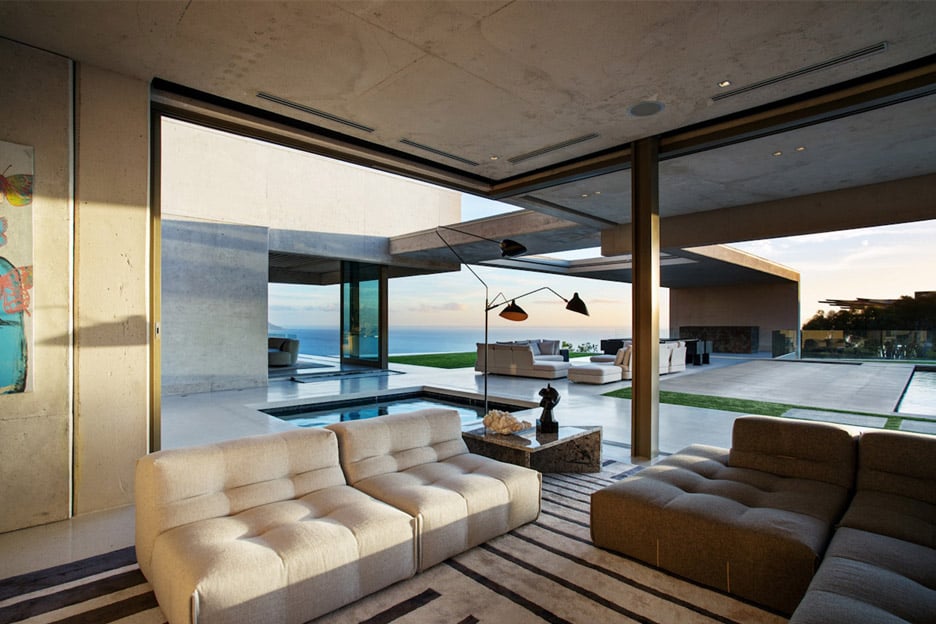 “The architecture draws strength from the concrete finish used to create monumental forms, which contrast with the copper roof,” the architects said.

A glass elevator connects the skylit basement garage with the other levels in the house, and a concrete staircase sided with wooden panels also doglegs up through the building. 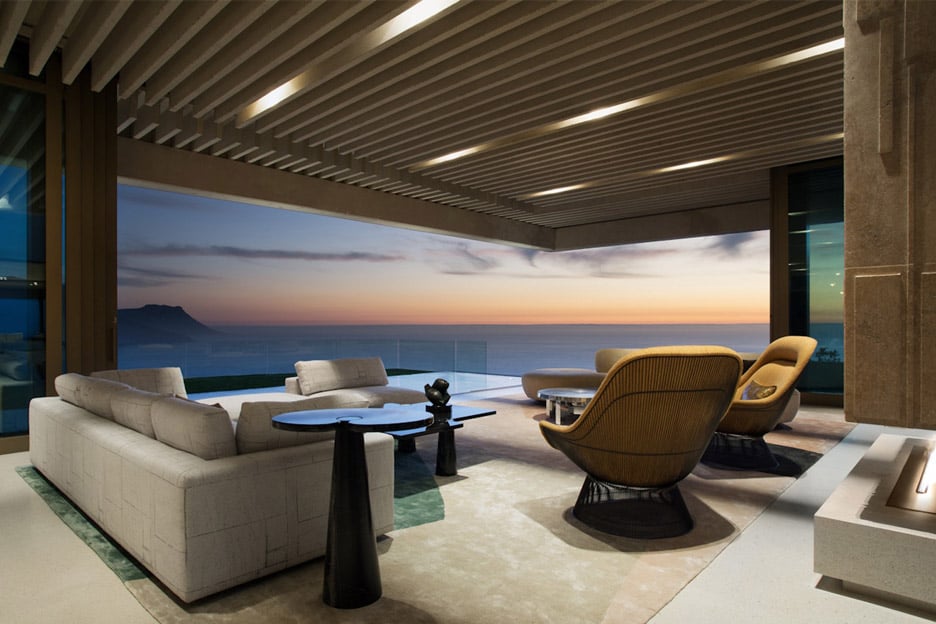 Wood accents are found throughout the interiors, designed by local firm Studio Parkington. Other features include exposed concrete surfaces, and large carpets and rugs to warm the floors. 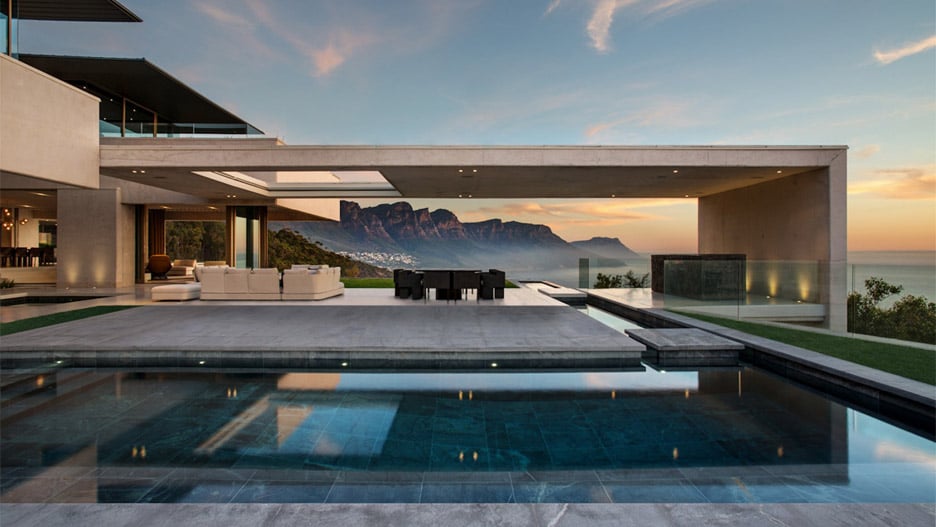 Organised by Architizer, the awards promote and celebrate the year’s best projects and products.

Their stated mission is to nurture the appreciation of meaningful architecture in the world and champion its potential for a positive impact on everyday life.

Find out more about the A+Awards › 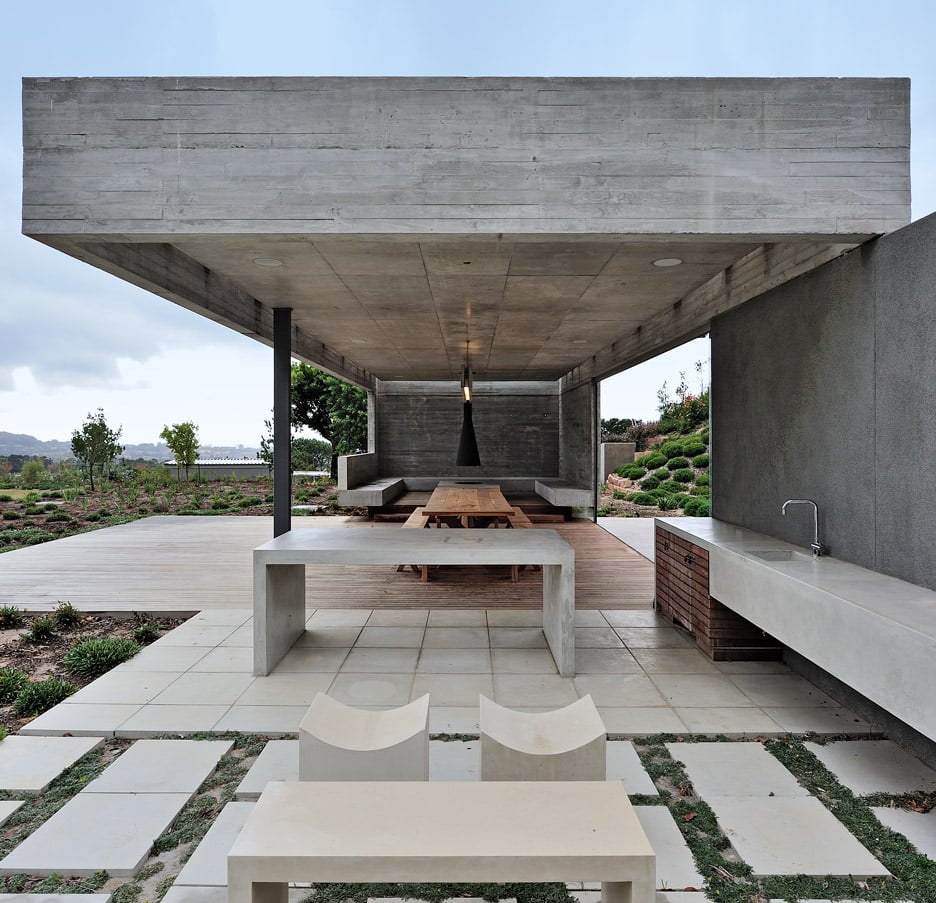