Four months after MVRDV revealed its plant-covered walkway on a former elevated highway in Seoul, photographer Jim Stephenson visited the project to see how it is settling into the city.

Known by locals as the Seoul High Line, Seoullo 7017 is a 983-metre-long park created on a disused stretch of road built in the 1970s. 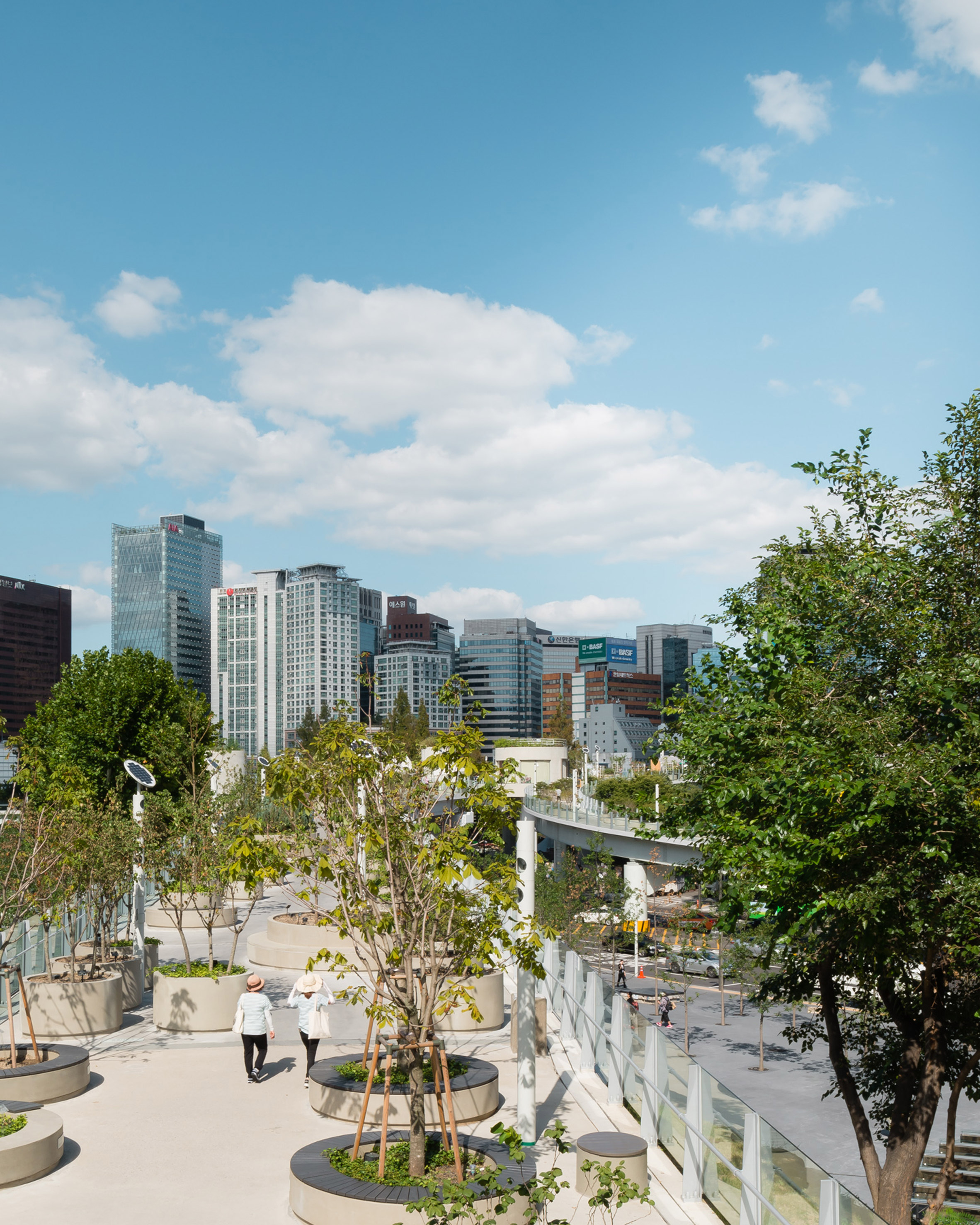 Featuring 24,000 trees, shrubs and flowers set into cylindrical planters, the park opened to the public in May 2017. But the project is currently in the spotlight, as the city hosts the inaugural Seoul Biennale of Architecture and Urbanism. 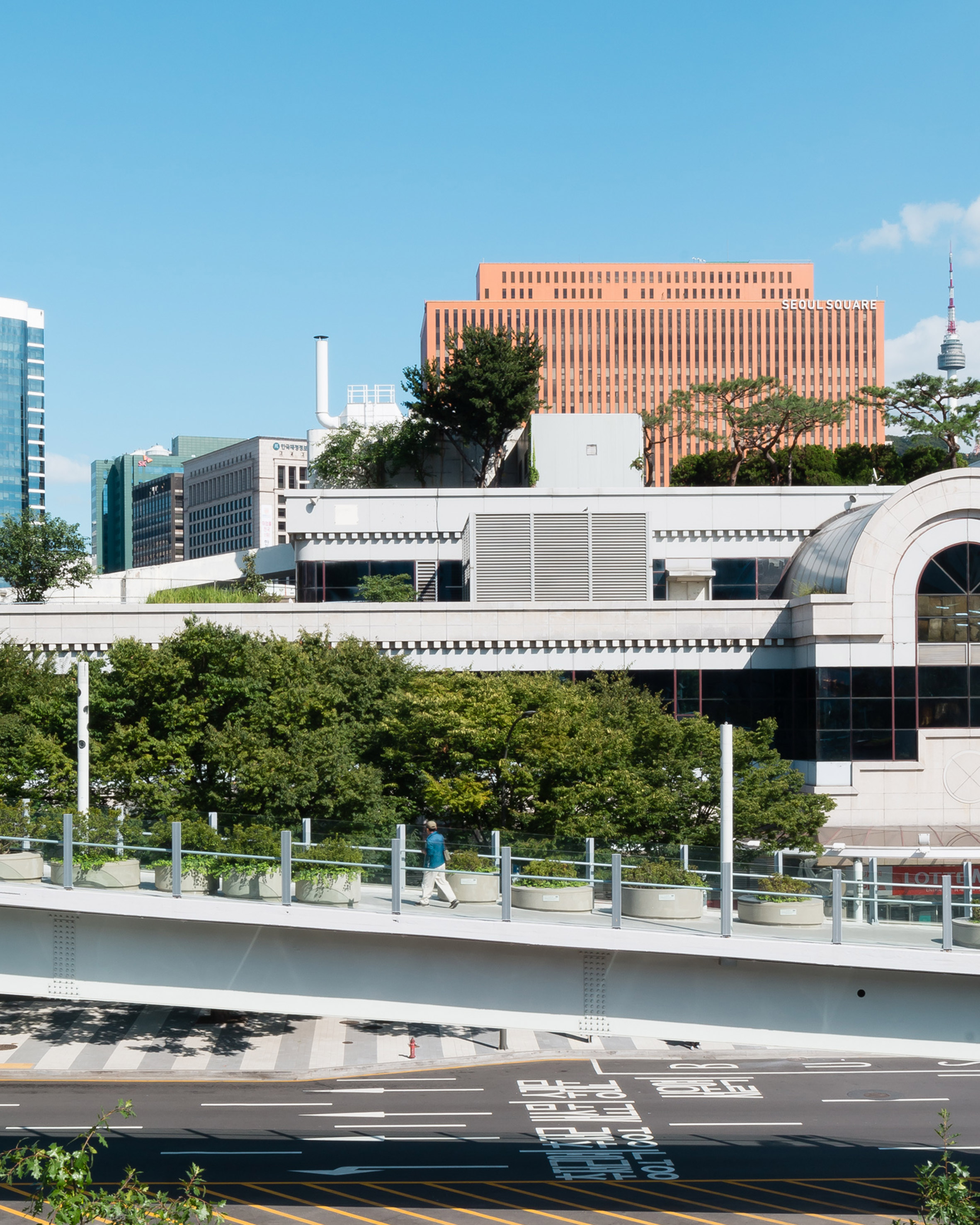 Stephenson‘s photographs show a steady stream of people traversing the route, which extends across several lanes of traffic to connect Seoul Station and Namdaemun Market with the city’s Malli-dong, Jungnim-dong and Cheongpa-dong neighbourhoods.

“I was very impressed with how busy it was at all stages – there seems to be a real enthusiasm for it in the city,” the photographer told Dezeen. 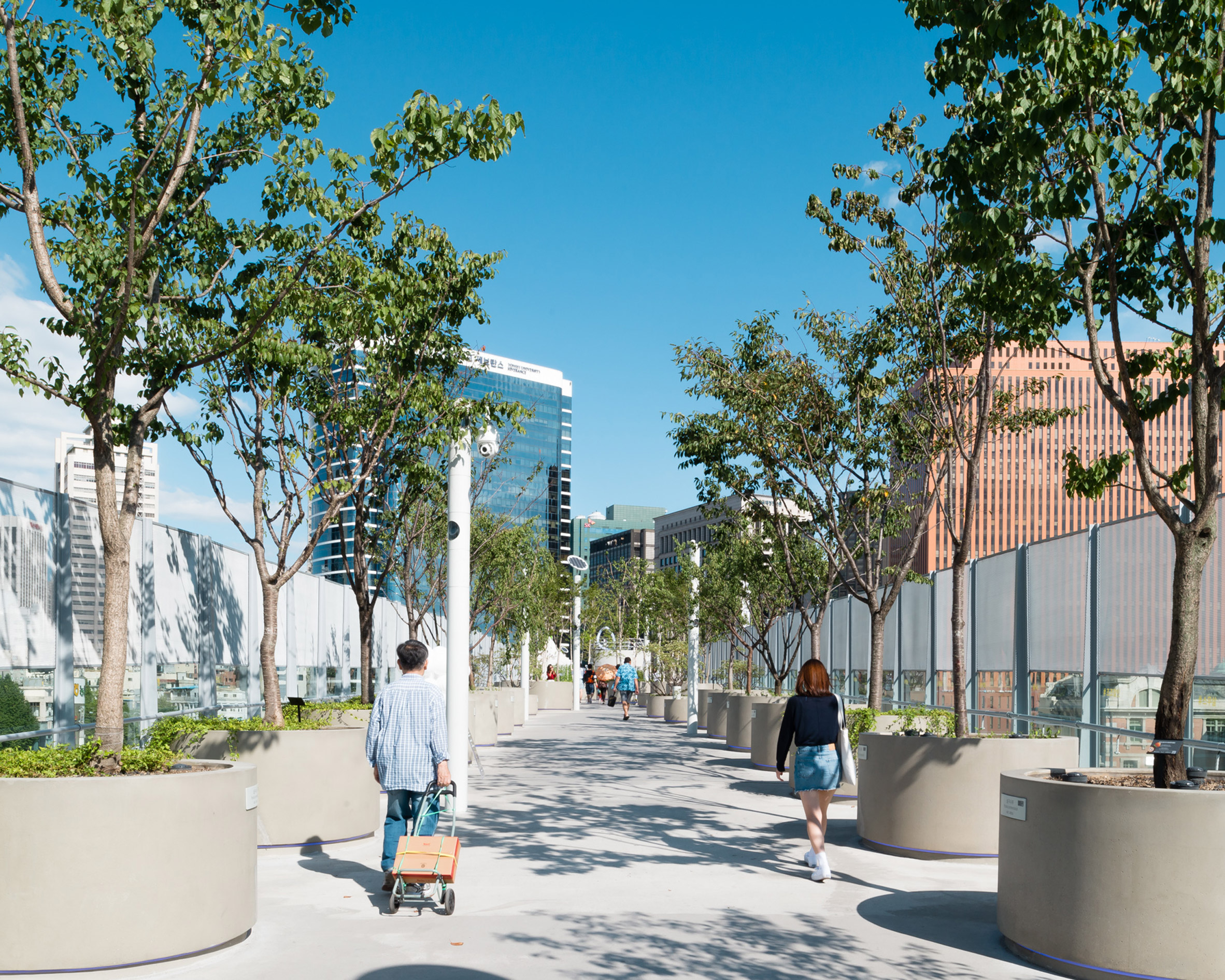 “Even though it’s only one kilometre long, it looks like it’ll be able to provide space for a number of different purposes,” he continued.

“There was a typography symposium in town when I was there and they had taken space for some participatory workshops, plus there numerous photoshoots, lots of gardening, a host of curious people checking it out and a lot of people of all ages relaxing in the shadier parts. All of this was happening without it feeling crowded.”

“I suppose that is the point of a park like this, to elevate the visitor above the hustle of the city and provide a slower, more relaxing space. If that was the purpose, then it has absolutely accomplished it.” Seoullo 7017 draws comparisons with the High Line in New York, hence its nickname.

But unlike the High Line, the project forms part of a string of major urban design interventions for its city, with others including the Zaha Hadid-designed Dongdaemun Design Plaz, the pedestrian-friendly renovation of the kilometre-long Sewoon Sangga shopping centre and the revival of the Cheonggyecheon waterway.

The majority of these projects came about following the appointment of Seung H-Sang as city architect back in 2014. The impact that he and his successor, Young Joon Kim, have had on the city also include the establishment of the biennale. 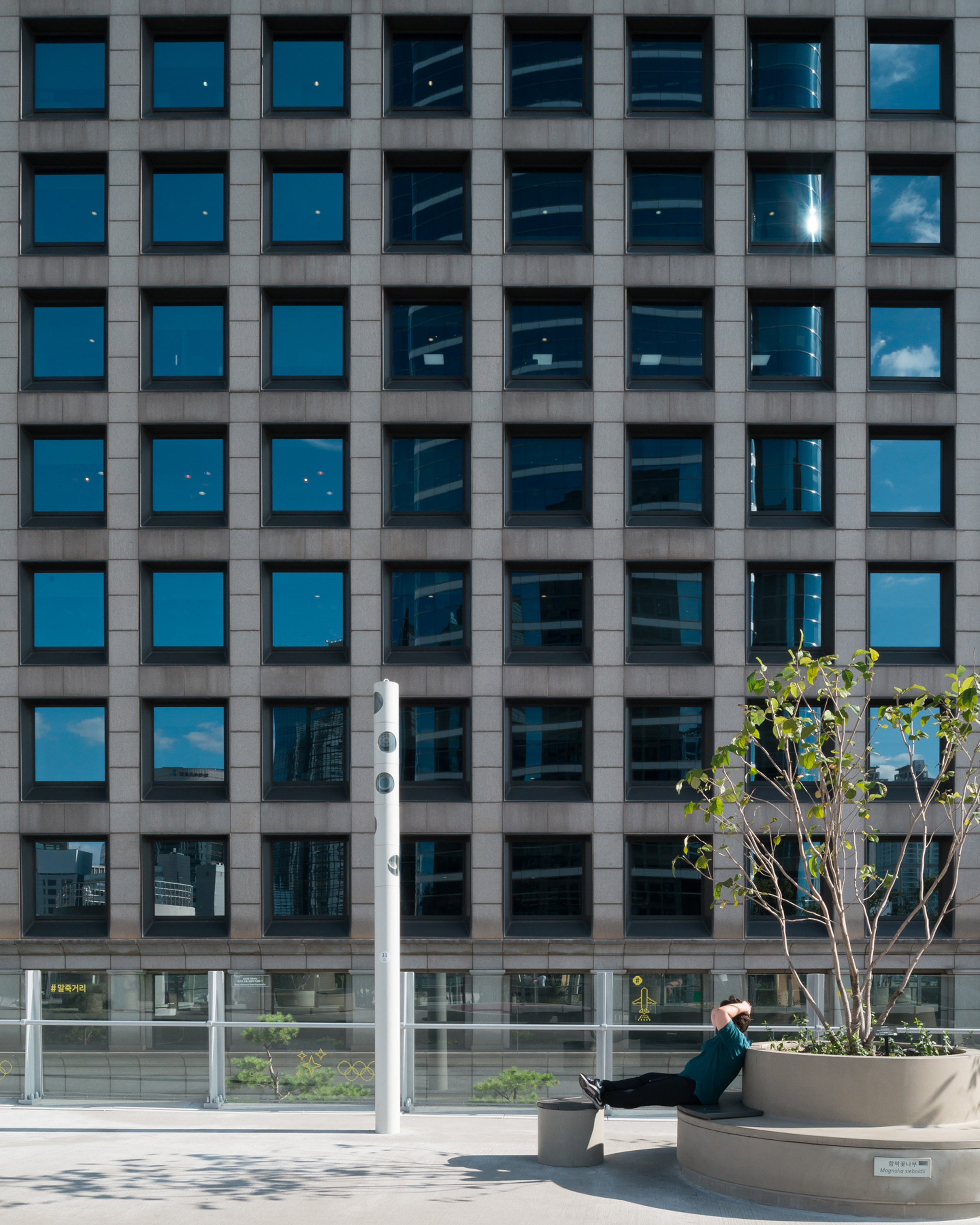 The Seoul Biennale of Architecture and Urbanism opened to the public last month, and continues until 5 November 2017.