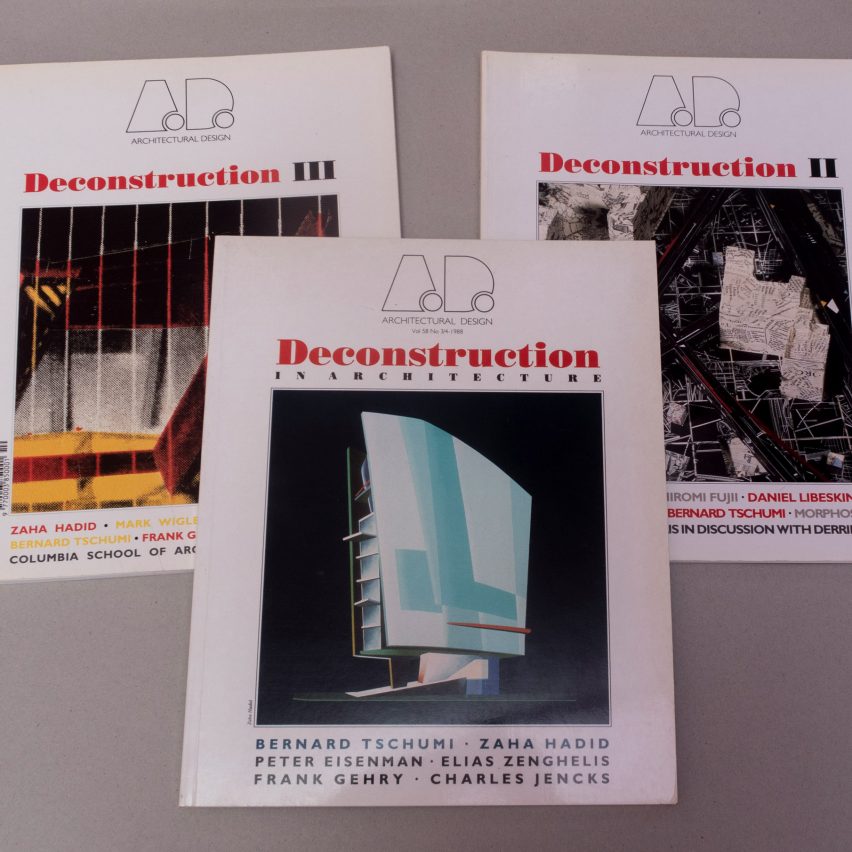 Dezeen’s deconstructivism series has overlooked the role publisher and editor Dr Andreas Papadakis played in defining the movement, according to his daughter Alexandra Papadakis.

I was surprised to read Owen Hopkins’ introduction to Dezeen’s series on deconstructivism to find no mention of the hugely important role played by Architectural Design magazine (AD) and my late father Dr Andreas Papadakis, who was the first to deliver the new movement to architecture via an international symposium and through an extensive series of publications.

Andreas Papadakis was not only AD‘s longest-standing editor, serving from 1977 to 1991, but was also the founder, proprietor and editor-in-chief of Academy Editions, one of the most unique publishing houses of the time.

1988 witnessed a hotly contested race between Academy Editions in London and The Museum of Modern Art (MoMA) in New York to be the first to present the new movement.

Speakers at the symposium included architects Peter Eisenman, Bernard Tschumi, Zaha Hadid, critic Charles Jencks and curator of MoMA’s exhibition Mark Wigley. Among the attendees was architect Patrik Schumacher, who met Hadid there for the first time and later joined her studio.

MoMA used the term deconstructivism while AD referred to it as deconstruction, but they were both essentially talking about the same movement.

AD dedicated an entire issue to Deconstruction, publishing the proceedings of the symposium in April 1988 and extensively featuring six of the seven architects whose work was to be featured by MoMA: Tschumi, Hadid, Eisenman, Frank Gehry, Coop Himmelb(l)au and OMA.

When MoMA opened its doors on 23 June, not only was the AD issue about Deconstruction already available but it had already been reprinted several times, such was its success on release. Andreas Papadakis wrote: “Few ideas in architecture created such as stir as Deconstruction in the relatively short time since it gained currency and public prominence”.

Indeed, The MoMA exhibition gave rise to great debate and controversy over their selection of work and even the terms Deconstructionist and deconstructivist.

Two further AD issues on Deconstruction followed in close succession. Deconstruction II featured the full transcript of the exclusive interview organised by Andreas Papadakis between British philosopher Christopher Norris and Jacques Derrida – the French philosopher who developed deconstruction as an approach to philosophical and literary analysis.

The interview was conducted at Derrida’s Paris home. Although I was only nine at the time, I remember it distinctly, for I fell in love with Derrida’s coffee-coloured cat who kept me company throughout the day while the interviews were being filmed.

This large hardback contained an assemblage of papers from the Symposium, first published in AD, together with philosophical writings, an in-depth study of the Russian Precursors written by architect and Russian scholar Catherine Cooke who had previously guest-edited several highly influential ADs on the Russian Constructivists in the early 1980s, and an extensive presentation of Deconstruction in both art and architecture. The high level of design and production, as well as its seductive content, led to over 30,000 copies being sold in over 10 different languages.

Andreas Papadakis loved instigating and provoking debate. His Academy Editions offices in Bayswater, London became an architectural salon with a gallery and editorial offices above and were used frequently for receptions and lectures.

The creation of the Academy Forum led to a series of symposia where international figures would lead discussions on architectural philosophy, urbanism or typologies. The Forum later moved to the Royal Academy of Arts where, in 1991, tThe Inaugural Academy Architecture Lecture was given by architect Norman Foster. The hugely successful RA Annual Architecture Lecture continues to run today. 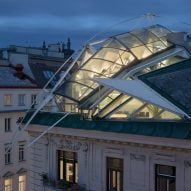 For two decades, through both AD and Academy Editions, Andreas Papadakis promoted various strands of avant-garde architectural thinking. He was a naturally intuitive and entrepreneurial publisher with business cunning and under his editorship, AD became the leading architectural magazine that was not only provocative but both prescient and relevant.

Proud of being a pluralist, Andreas Papadakis championed causes and movements that were ahead of their time, during a time of real change and creativity. His work defined an era and his publications are a lasting testament not only to architecture’s Deconstruction-inspired movement but to world architecture, upon which he had such profound effect.

The photography is by Alexandra Papadakis.

Alexandra Papadakis is an award-winning publisher, running Papadakis Publisher & Academy Editions. Since 2019 she has been chairman of the Motovun Group of International Publishers – MGIP, a worldwide community of 60 publishers from over 30 countries.

The post "My late father was the first to deliver the new movement to architecture" appeared first on Dezeen.