Glace et Chocolat has been designed as a sister store to adjoining patisserie À Tes Souhaits!.

The interior features striped soil walls of varying tones, made to appear like a cut ice cream cake with layers of different flavours. 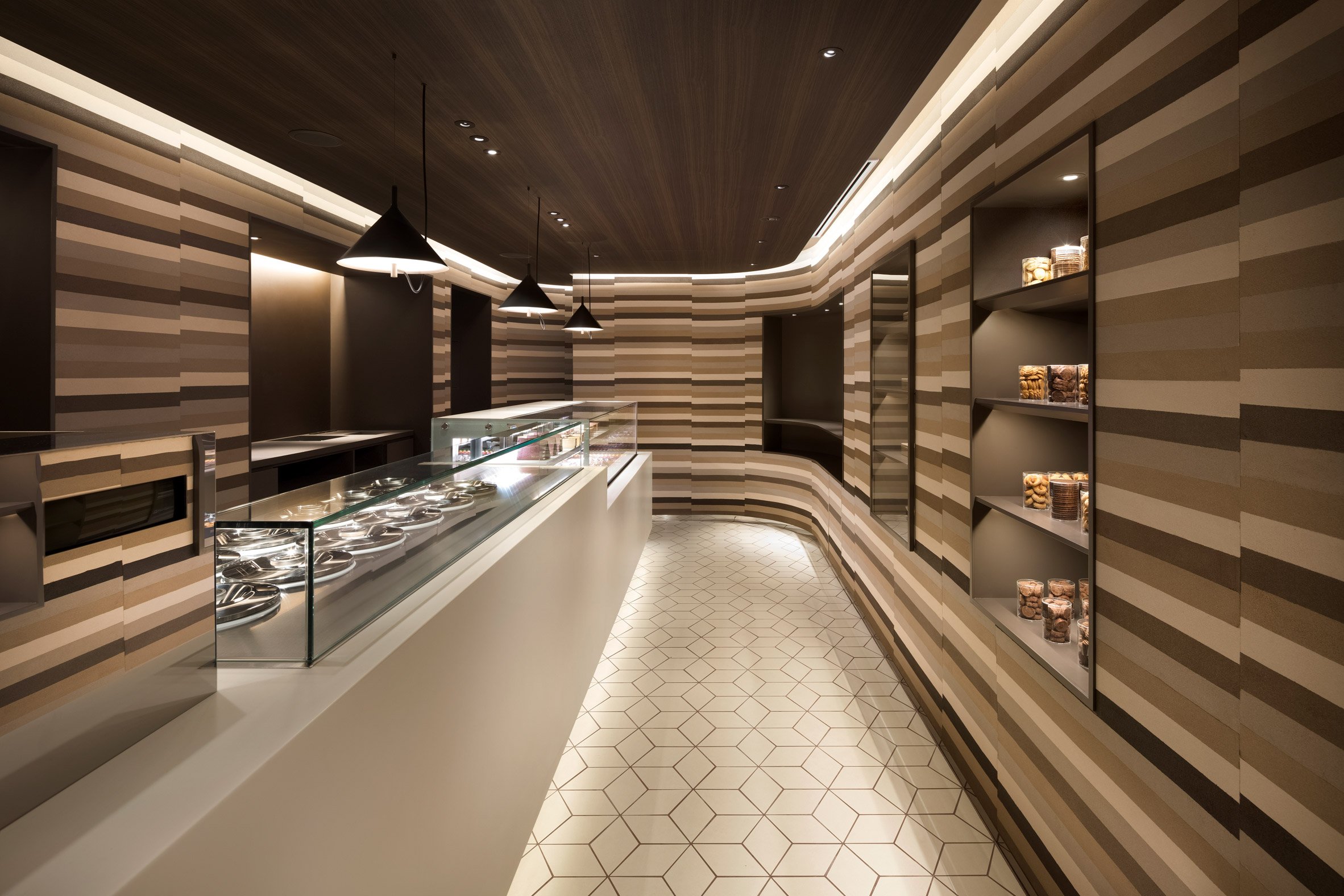 A fine aggregate was used to produce a smooth texture, similar to that of ice cream.

These gently curved walls help guide customers into the shop, creating an “all-enveloping effect, like a melted ice cream cake”, according to Nendo. In contrast to the bright, white interior of its larger sister store – which uses materials such as marble and metal – Glace et Chocolat features soft lighting and warm, earthy tones in the form of timber and other natural materials.

The aim of this was to differentiate the two shops and broaden the À Tes Souhaits! brand. Nendo’s previous store interiors include the womenswear and hat section of the Seibu Shibuya department store in Tokyo, which was overhauled using pastel colours and zigzag patterns.

The prolific design studio has recently taken on more architectural projects, including its first urban design project in Kyoto – a public plaza filled with white, concrete discs based on ancient tombs. Nendo was the highest-ranking design studio on Dezeen Hot List in 2016, coming in at number 20.