Chinese studio Neri&Hu has designed a luminous meeting room with glass brick walls in the Opposite House hotel in Beijing, which is furnished with bespoke pieces inspired by the city’s traditional street food culture. 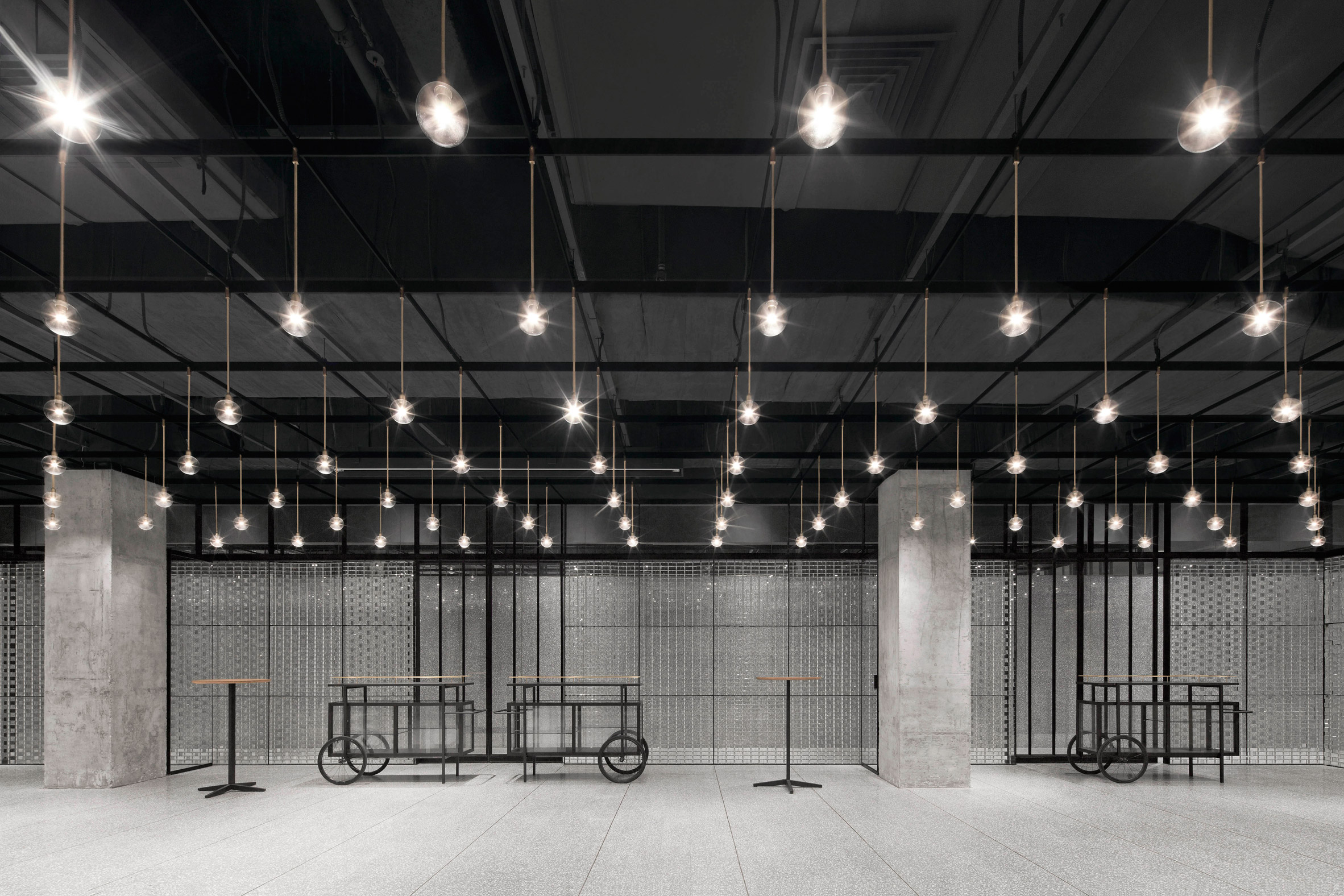 The glazing allows daylight to flood the entire space, and at night the walls of glass bricks that define the perimeters glow under the pendant lights like a jewel-box.

The Shanghai-based architectural designers had the cast-glass blocks hand laid in a typical brick bond pattern as a twist on the urban fabric of Beijing. 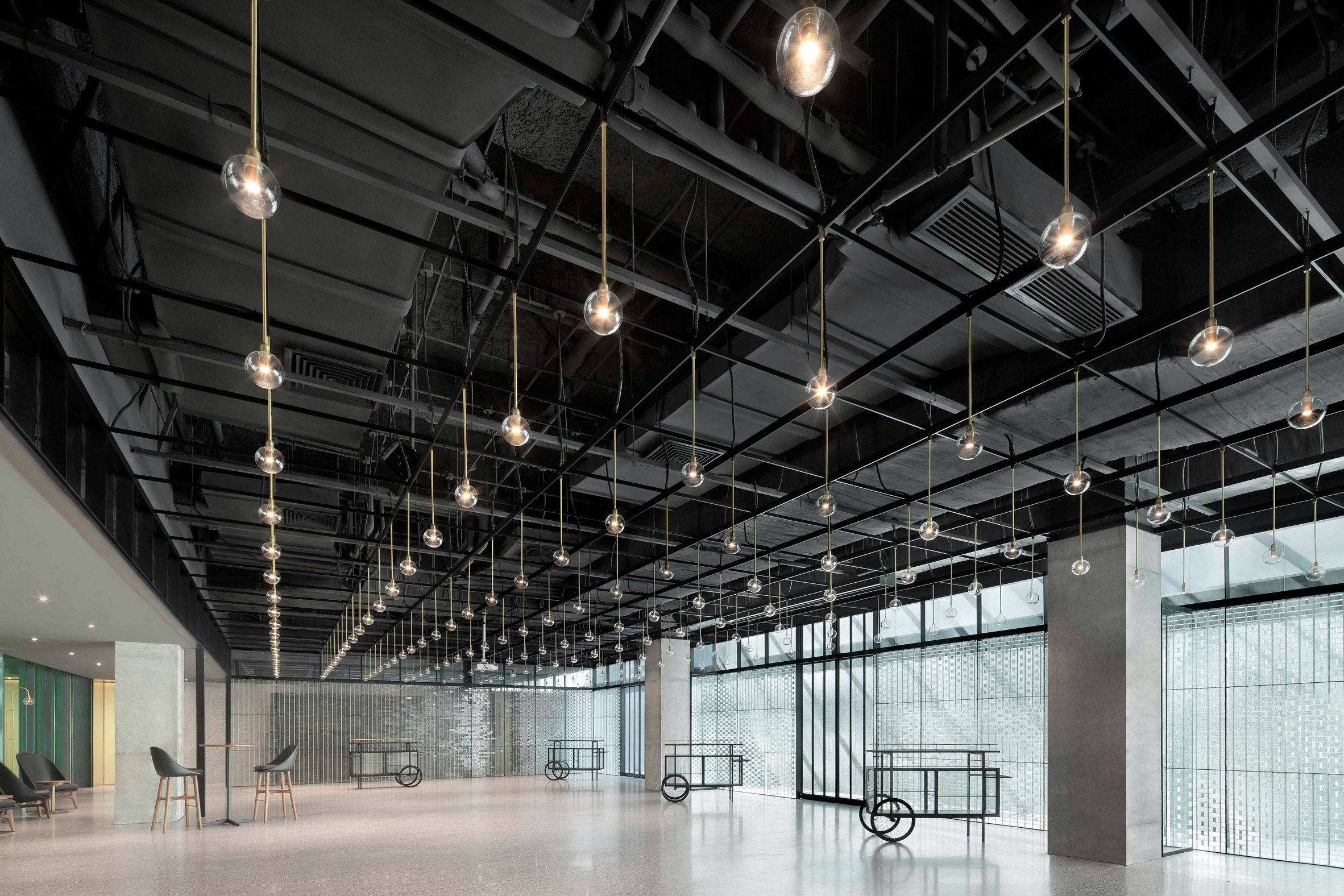 “The glass brick pattern is a reference in terms of scale and proportion, albeit different texture and qualities, to the traditional bricks around the old Beijing neighbourhood,” studio co-founder Rossana Hu told Dezeen.

Founding partners Lyndon Neri and Rossana Hu originally collaborated with Japanese architect Kengo Kuma on the Opposite House hotel when it was first opened in 2008. 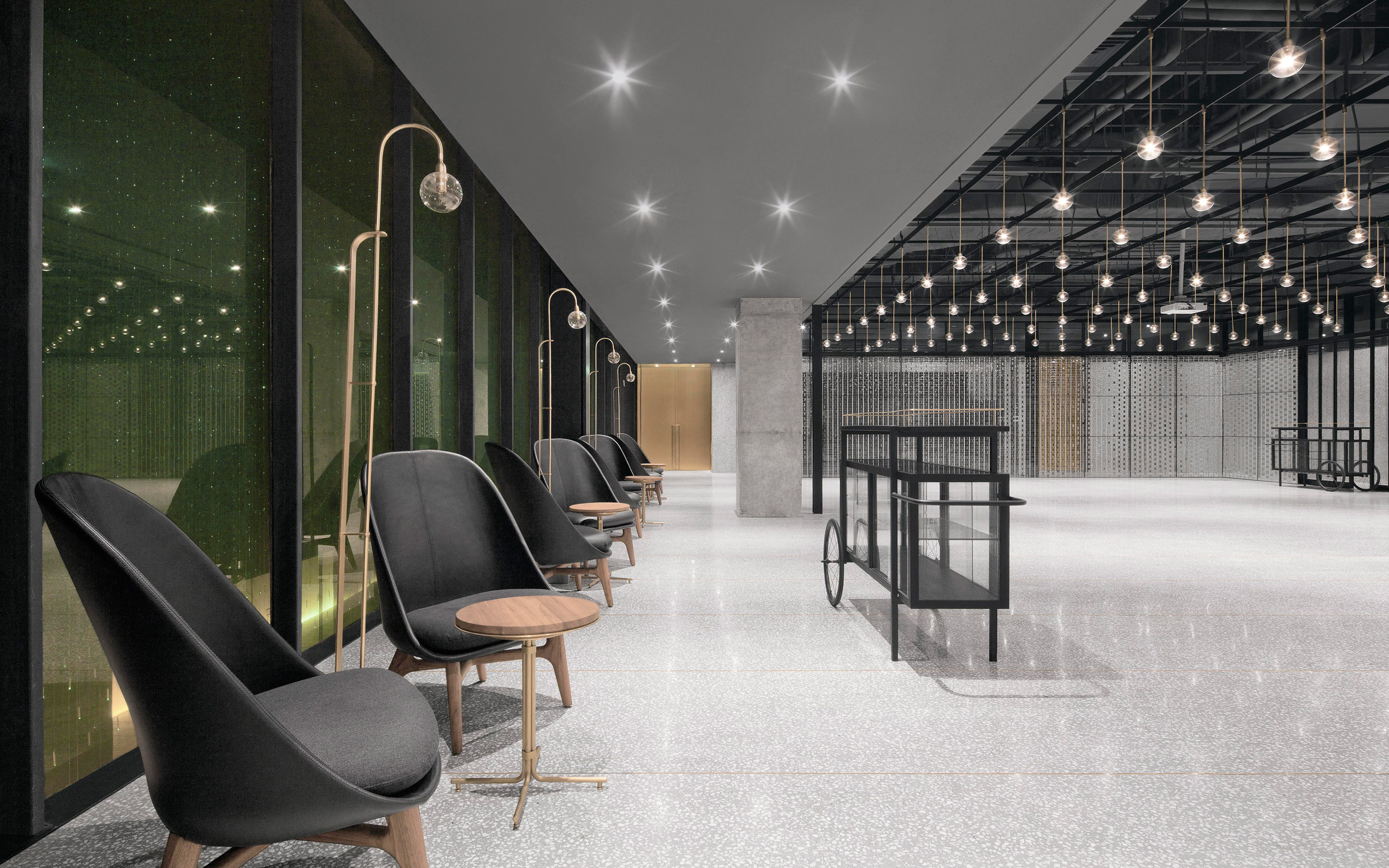 Eight years later they returned to redesign one of the hotel’s restaurants to create Bei Space, a multi-purpose function room to meet increasing demand for meeting spaces in the city.

The fact they were already familiar with the building helped streamline the process, but re-vamping the space was still tricky.

“Emotionally it was hard to see something that you like destroyed,” said Hu.

There was only one skylight, built into the southern wall of the space, to work with.

“These were the same problems we faced when we designed the restaurant Bei ten years ago,” Hu added.

“Since this is no longer a restaurant like Bei where we can make it dim and have the natural light be the focus, we try to have materials that are transparent so we can have maximum light for the multipurpose use required for this space.”

The glass walls can be moved around to divide up the space in different configurations, creating distinct screened-off spaces that still allow light to shine though.

The pair also designed pieces of bespoke furniture for Bei Space. Moveable stands for serving food and drink are minimalist versions of the traditional carts used by Beijing’s street vendors. 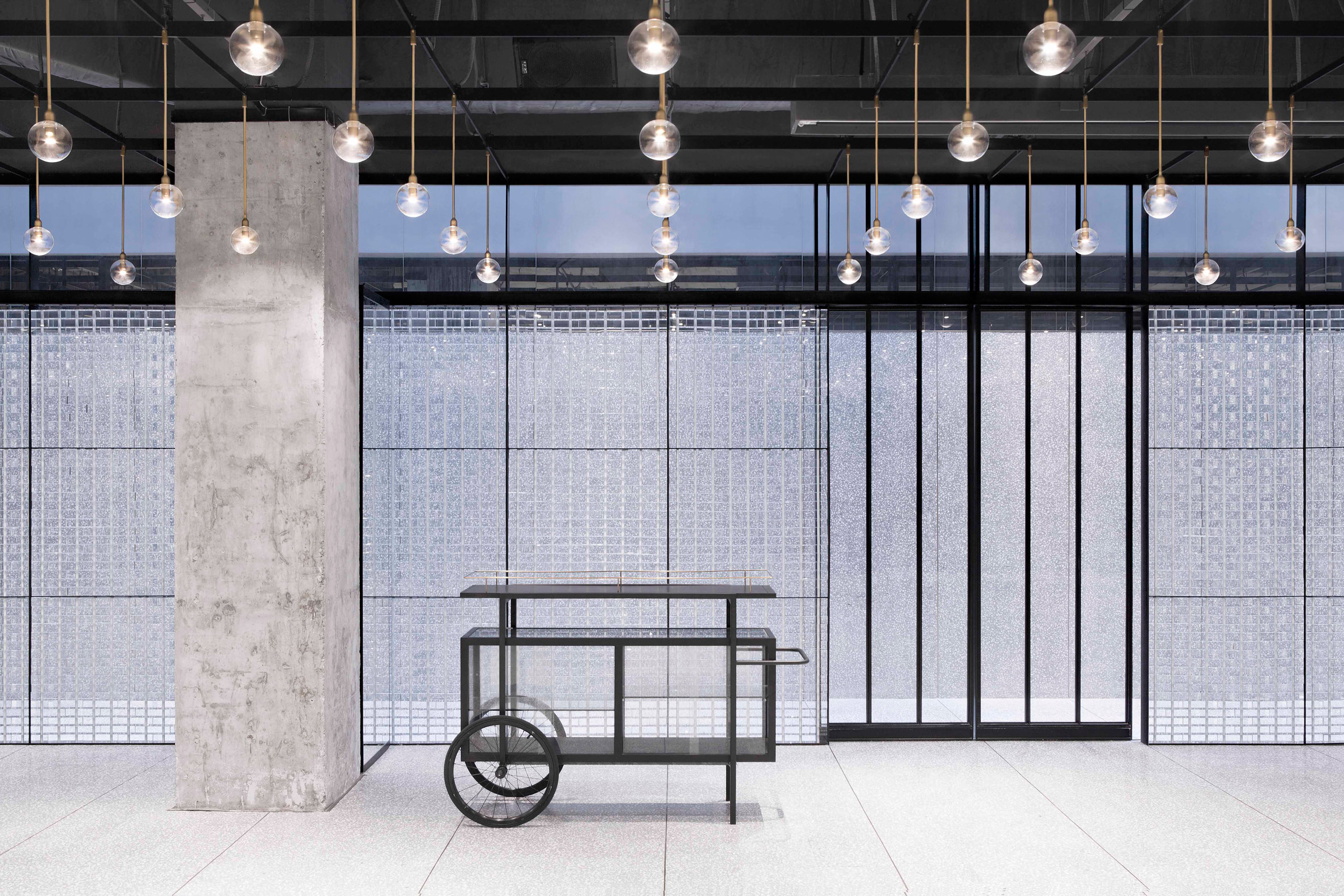 Light plays a central role in much of Neri&Hu’s work. For a hotel chapel in Suzhou the duo clad a cube shape in a veil of perforated white metal to allow natural light to fill the space within.

For Chi-Q, a restaurant in Shanghai, they designed a light-filled atrium and a dining hall with a canopy of suspended light bulbs.

Earlier this year they designed a lighting collection for Artemide intended to bring to mind delicate birds poised on electric wires.

Photography is by Xia Zhi. 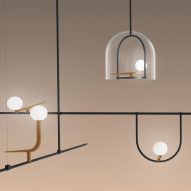