Nishizawa Architects has replaced the facade and interior walls of this residence in Vietnam‘s An Giang province with moveable corrugated metal panels to create a “half-outdoors” dwelling for three families. 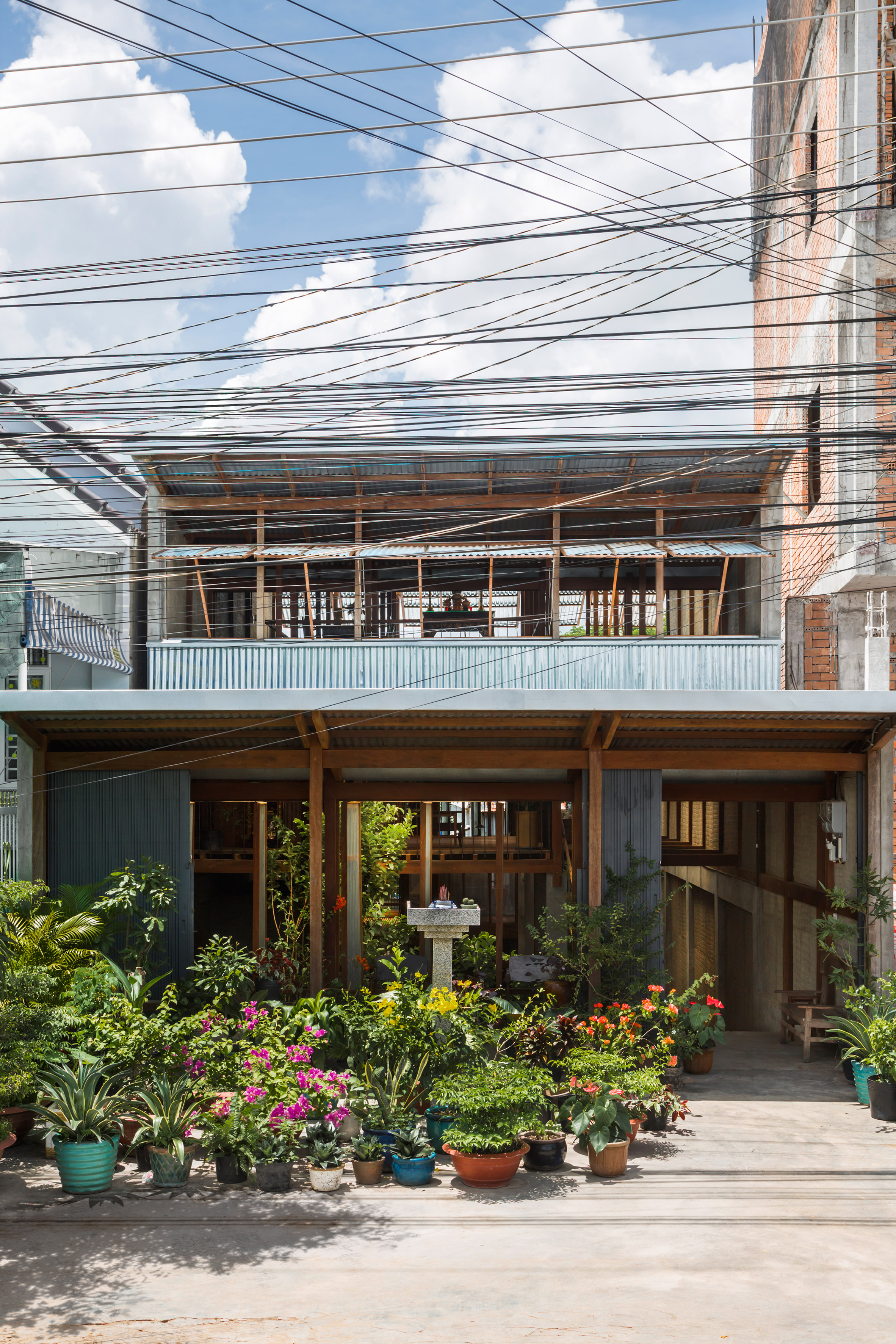 The house, which is set in the city of Chau Doc, is close to the Mekong river and raised on pilotis above flood-prone grounds. It is shared by three separate families, who asked the Ho Chi Minh City-based practice if it could improve living alongside each other.

To begin, the practice integrated corrugated metal shutters into the facade of the residence, permitting open views of the surrounding rice fields. 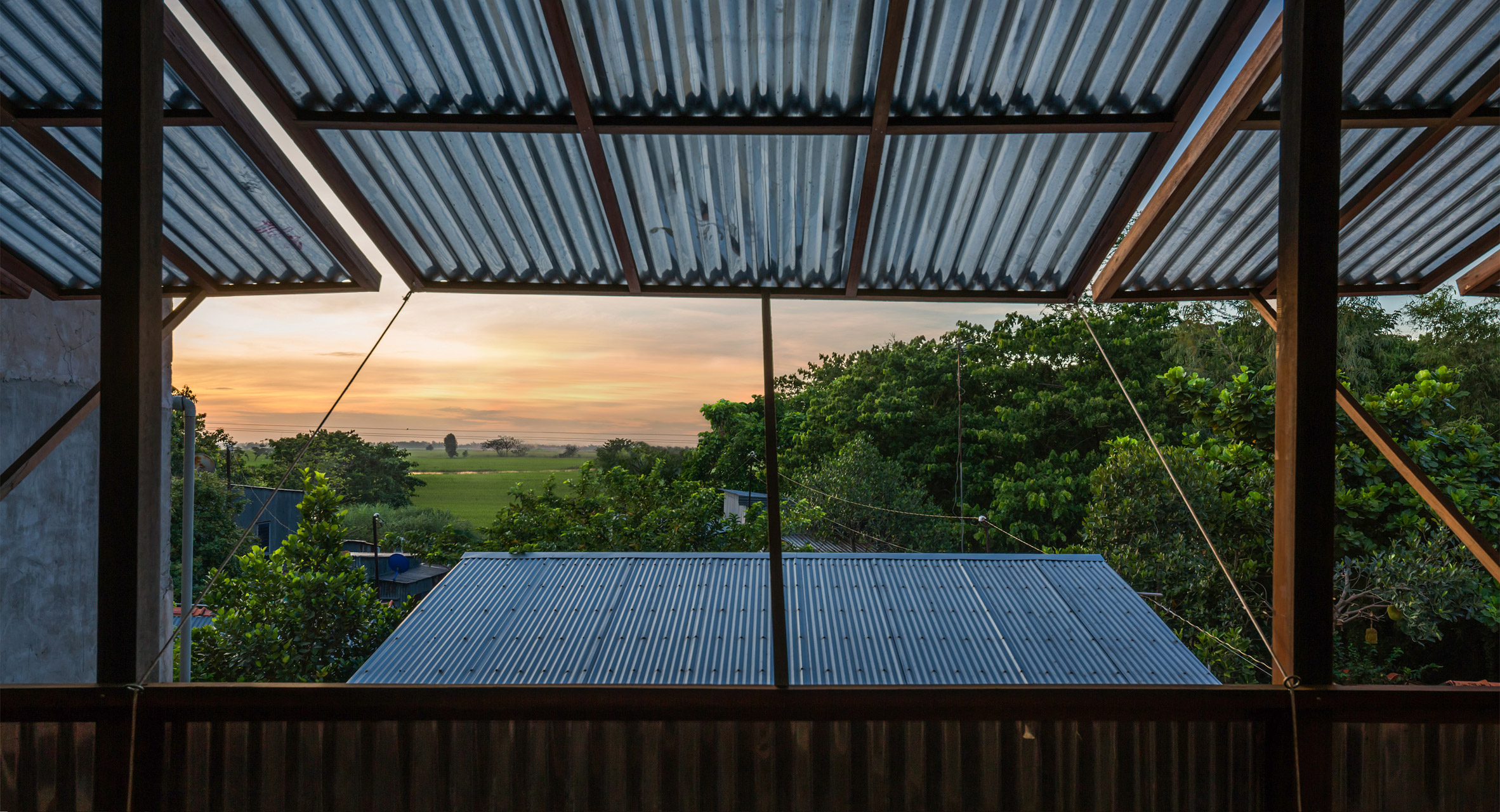 “We felt this ambition was attractive to collaborate with,” practice founder Shunri Nishizawa told Dezeen, “even though we realised this was a challenging project when we visited their original house”.

“We tried to satisfy the rich lifestyle which is fulfilled by sunlight, greenery and natural ventilation.” 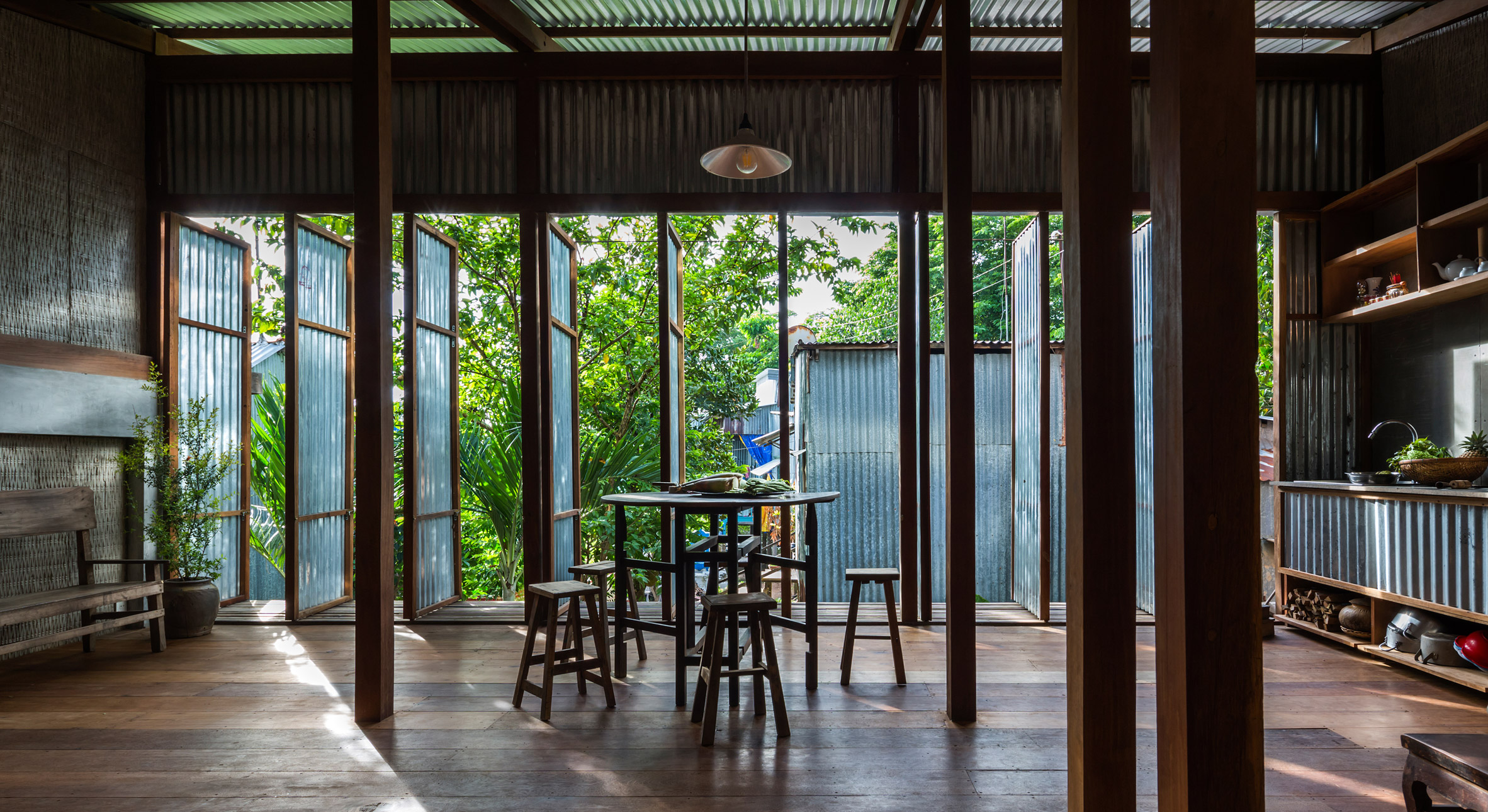 The internal walls of House in Chau Doc have been swapped for moveable metal partitions, opening up the layout and allowing the inhabitants to move freely from room to room, creating a “melting and ambiguous” space.

A self-contained apartment occupies the lower floor, while a duplex is set across a portion of the first and second level, where there is also a studio. 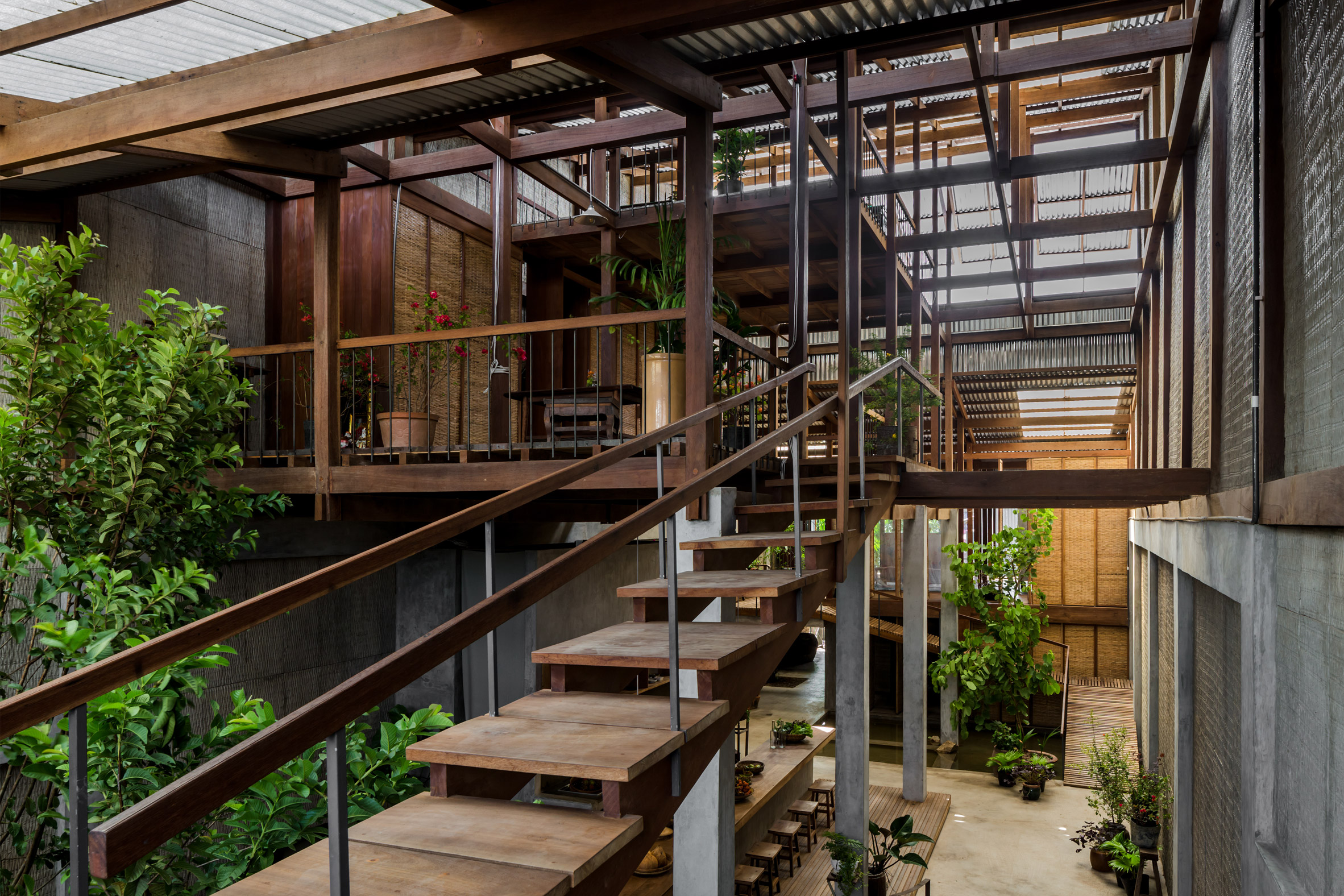 The frame of the house is configured by a network of timber beams that are left exposed.

The roof has been inverted so that it forms a butterfly-like structure when the metal panels are pushed open. 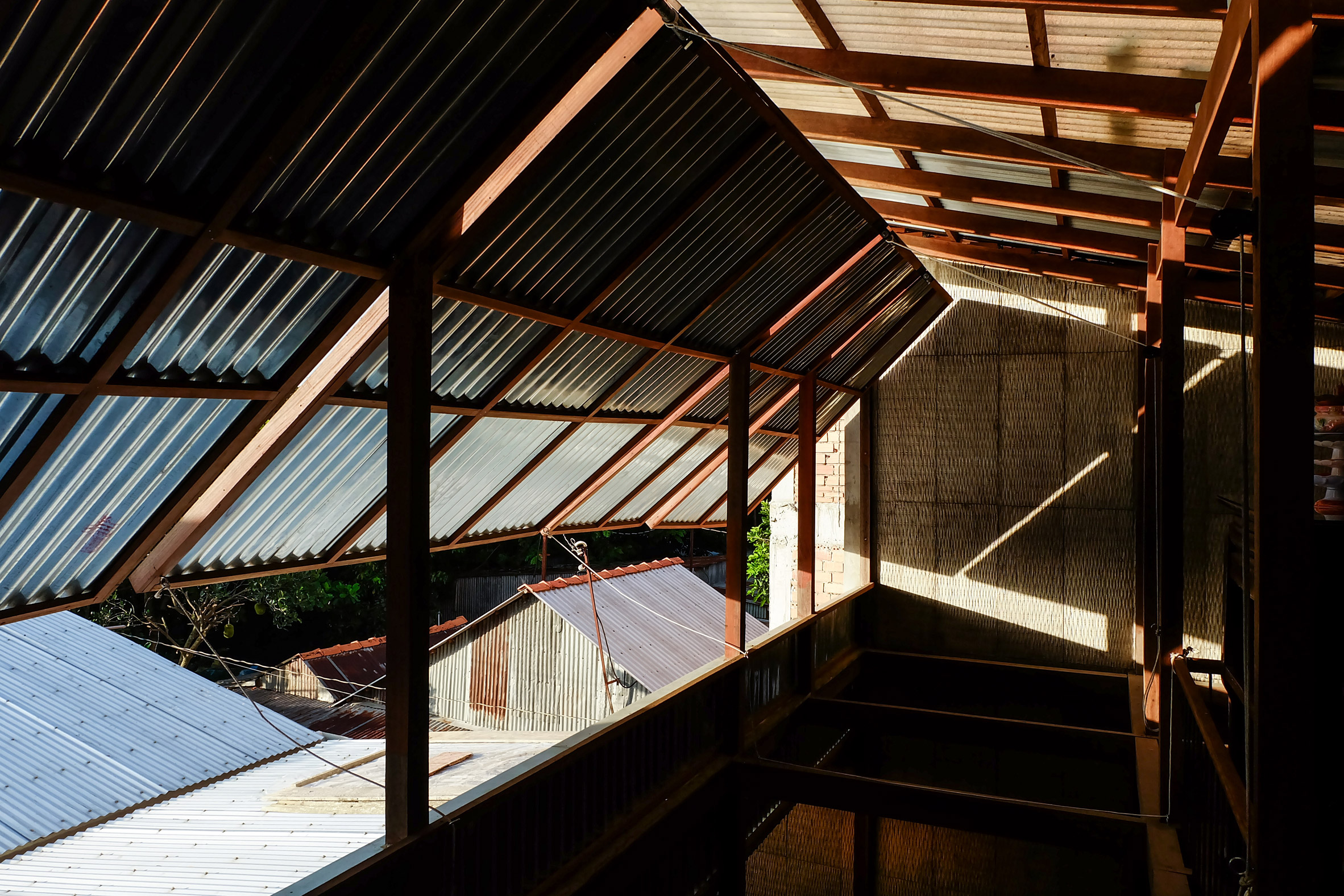 Keen to use local materials, the practice built the columns of the house from a Vietnamese hardwood called Shorea Obtusa, and sourced the timber for the flooring from a second-hand market nearby. 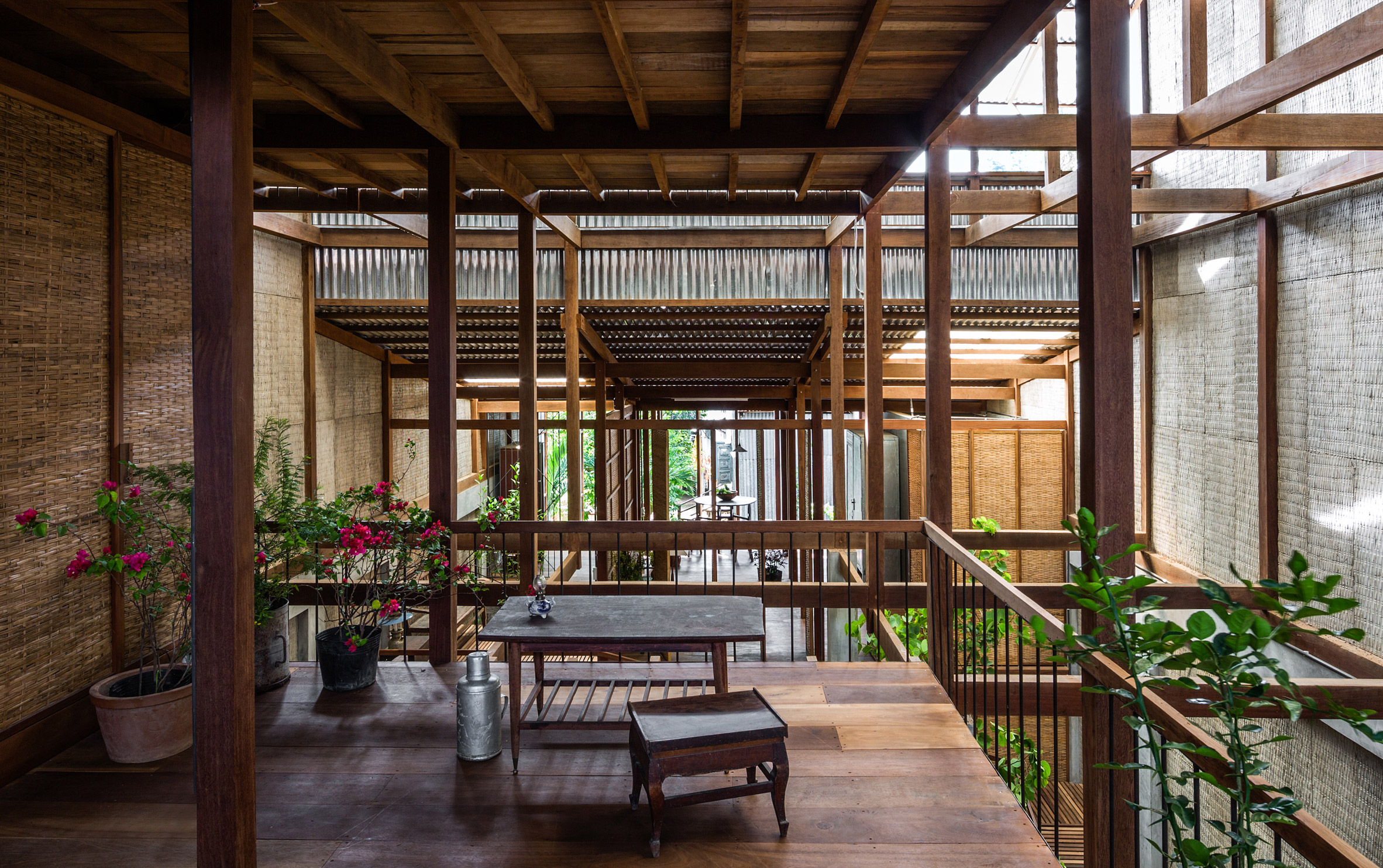 The outer walls have been made from concrete and then embossed with the pattern of woven bamboo to emulate regional craft techniques.

“It was an important theme for us to preserve the regional customs and spirits inside the house,” said Nishizawa. 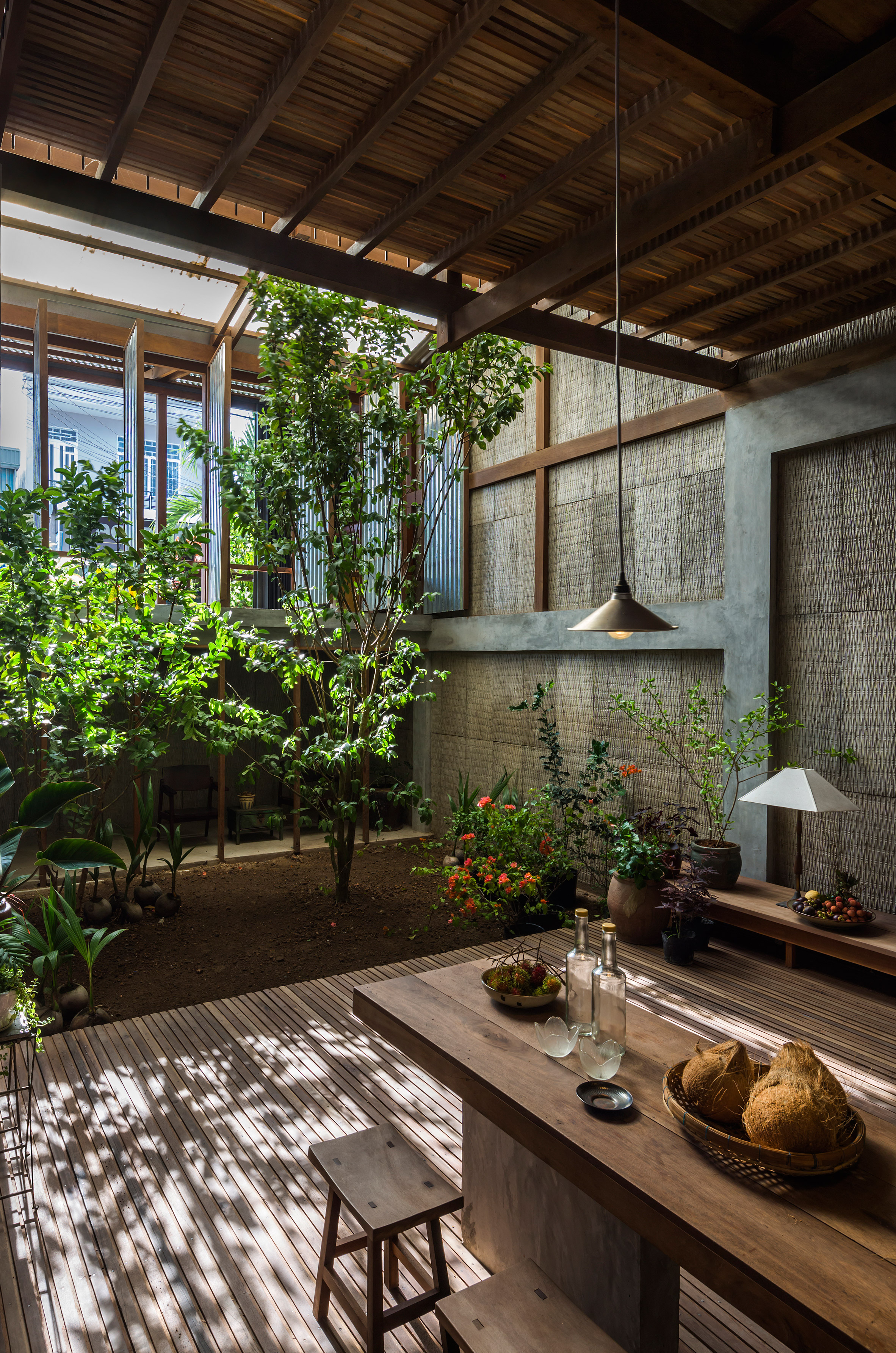 Other architects using moveable walls to improve the connection between living spaces and the outdoors include Benjamin Garcia Saxe’s use of folding wooden screens at the front of a house in Costa Rica to reveal ocean vistas, while an Italian villa designed by Bergmeisterwolf features an extension with sliding glazed panels that opens the living area up to the garden.