Nordic Office of Architecture has added a 300-metre-long extension with a curved roof to the airport in Oslo it designed in the 1990s. 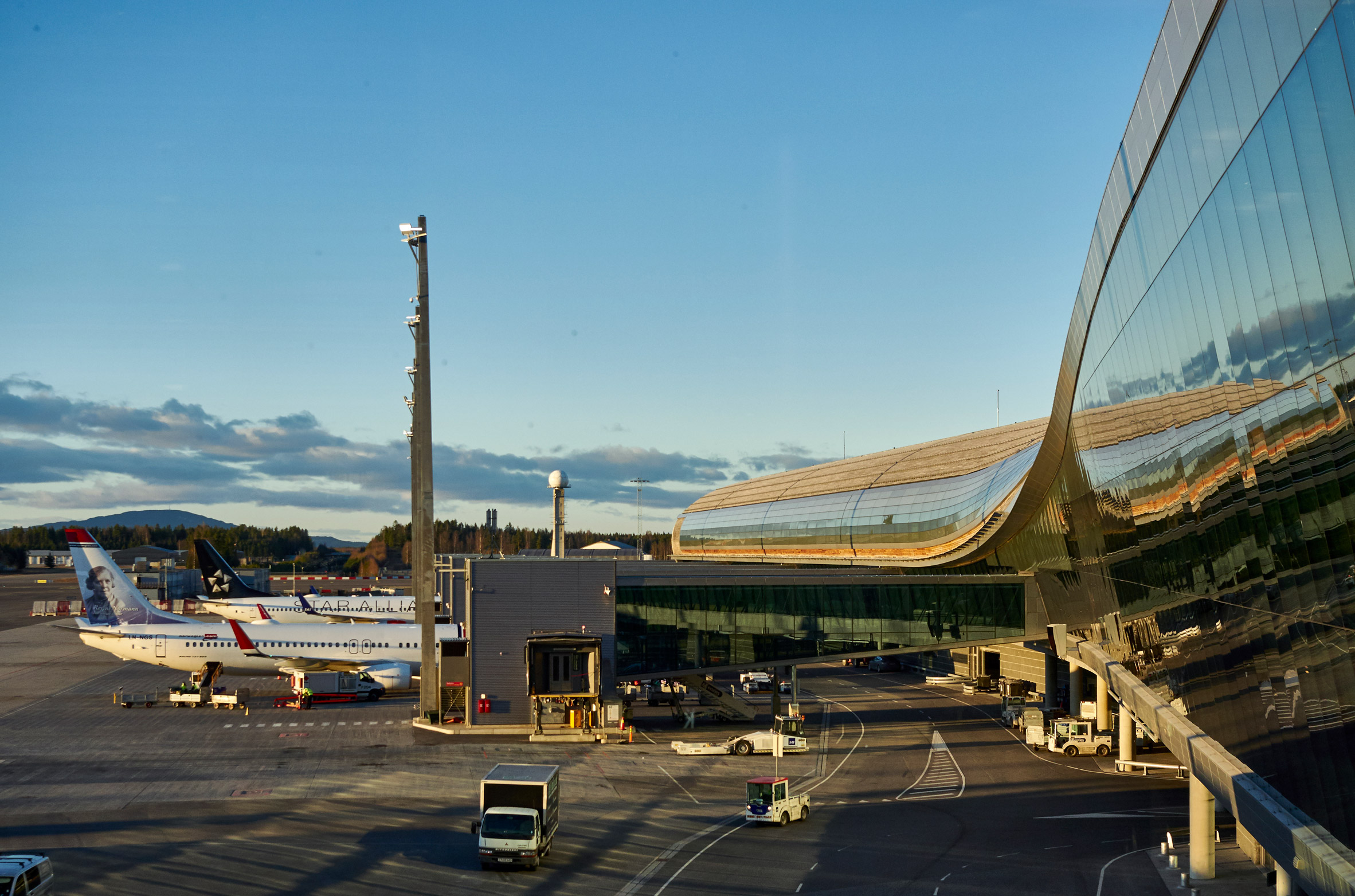 Oslo-based Nordic has doubled the size of the Norwegian airport with the addition of the 140,000-square-metre extension. It increases the capacity of the airport to 35 million passengers a year. 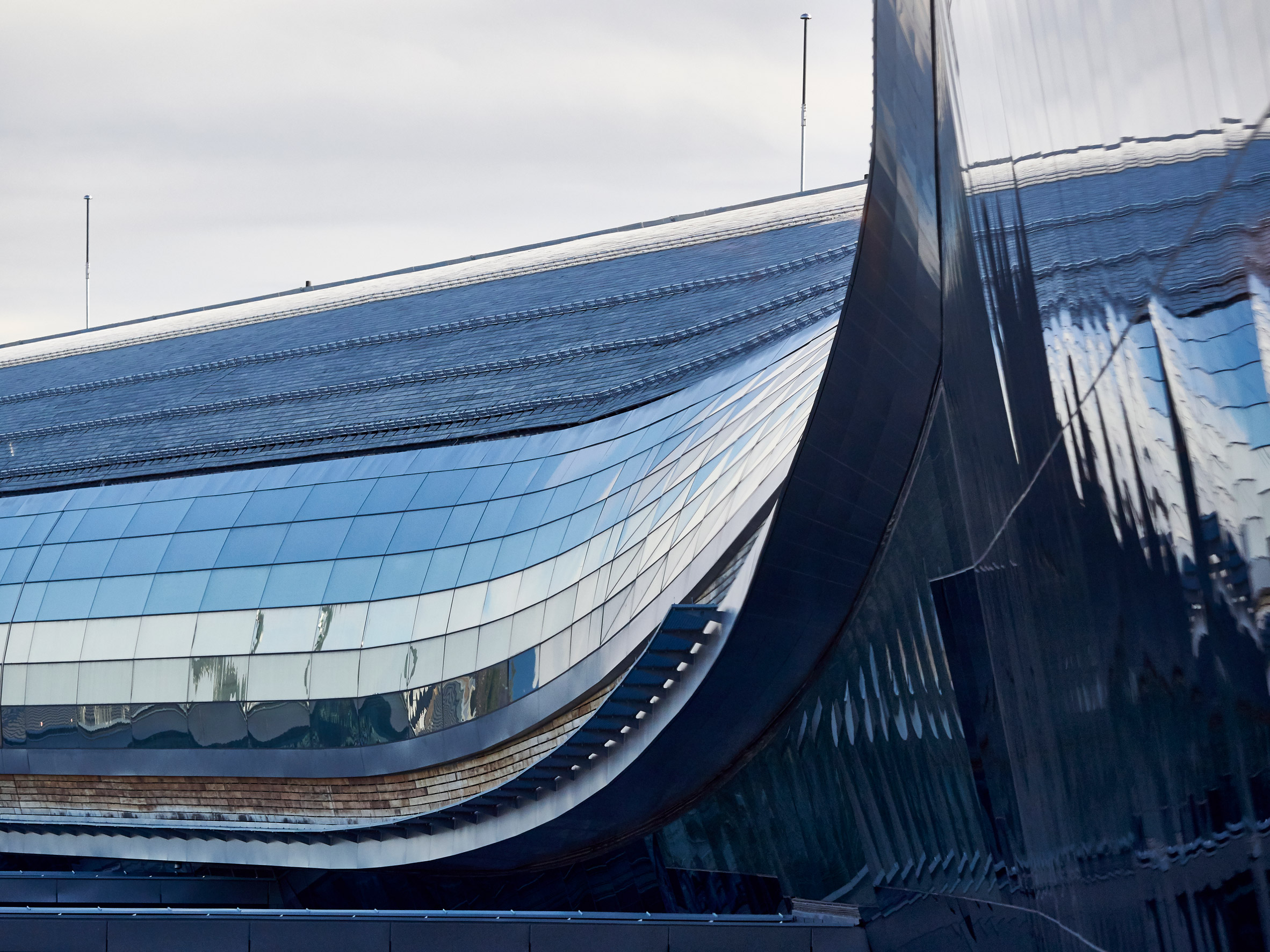 The project included the expansion of the existing terminal and the addition of a new train station, which is located at the centre of the airport. 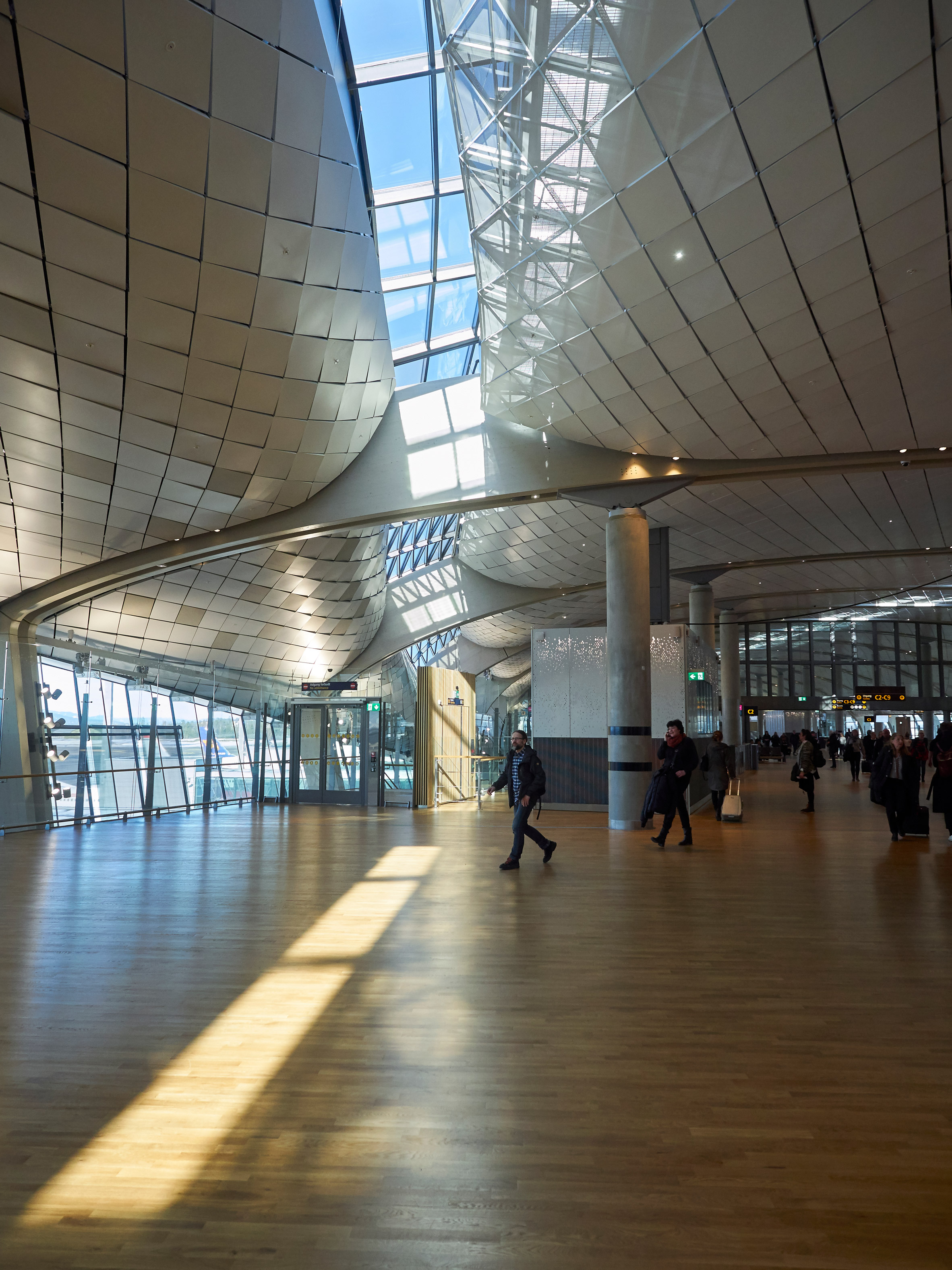 The new 300-metre-long structure branches out perpendicular to the existing terminal. It features a curved roof clad in a combination of reflective panels and timber sourced from Scandinavian forests.

Inside the terminal, domestic and international gates are stacked on top of one another.

A large window at the northern end of the pier and long expanses of glazing along the sides provide views of the runway, while the 300-metre-long skylight brings in natural light to the gates.

“The compact layout of the building, transparency and open spaces enhance visual legibility and wayfinding, providing reassurance and peace of mind for travellers,” said the architects.

The structure is glue-laminated timber, also known as glulam, which is manufactured by layering up multiple slices of wood and gluing them together. These ribs remain exposed inside, supported by thick concrete columns.

All the materials, including recycled steel and concrete mixed with volcanic ash, were chosen to be environmentally friendly. The architects claim this is one of the most energy-efficient airports in the world.

“By choosing environmentally friendlier concrete, the highest degree of recycled steel in armouring, and a wooden roof cladding on the new pier, along with other similar measures, the building’s CO2 emissions were reduced by 35 per cent,” the architects said.

“This will be the world’s first airport building expected to achieve BREEAM excellent rating, a global benchmark for sustainable design,” they continued.

Nordic Office of Architecture was founded in 1979 as Narud Stokke Wiig (NSW), but split in 1992 into two separate companies. The name Nordic was established in 2012.

The firm now has offices in Copenhagen and London, as well as Oslo. Its recent projects include a concrete and glass house with a view over Trondheim. 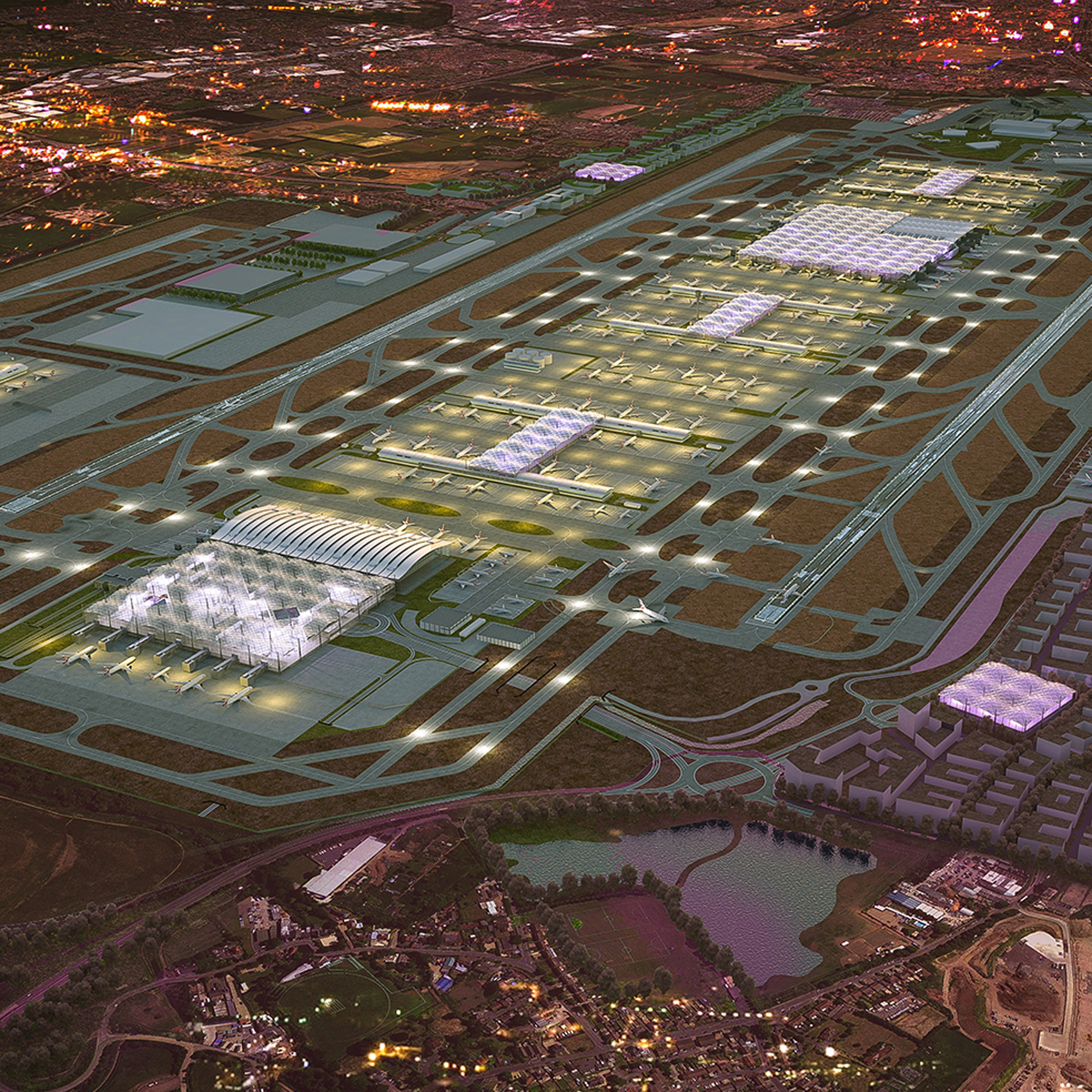 Photography is by Knut Ramstad, unless stated otherwise.

The post Nordic doubles the size of Oslo Airport with curved extension appeared first on Dezeen.