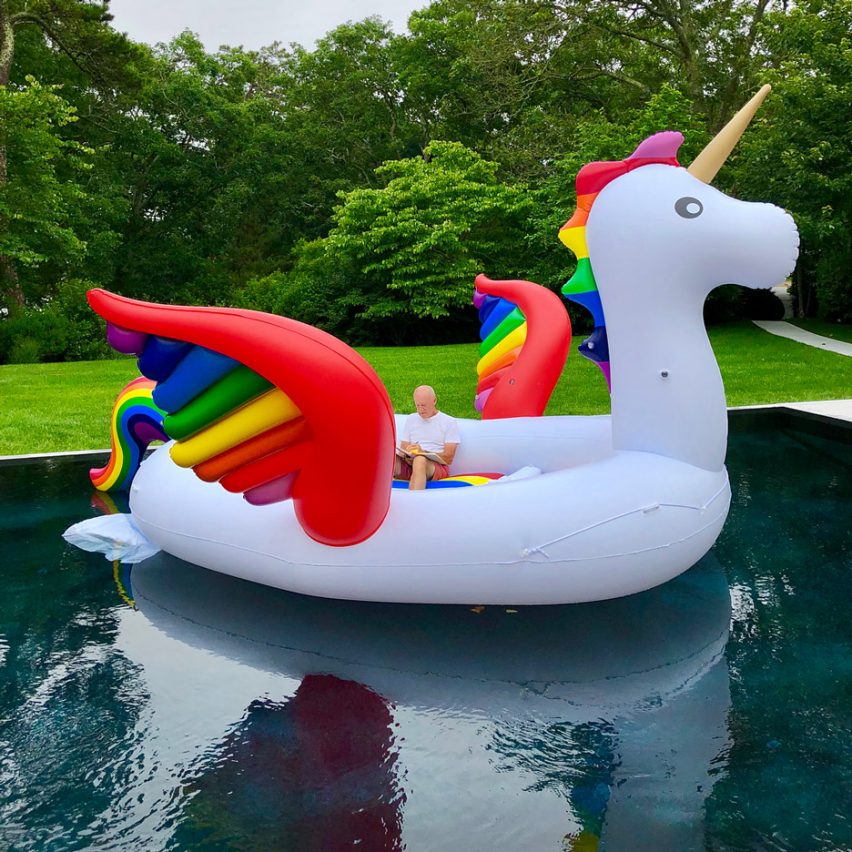 The soon-to-be-approved Tulip may be superseded as the tallest building in the City of London before it’s even built now that Norman Foster has revealed plans for a supertall co-working and living space suspended above Bloomberg HQ.

Called The Unicorn, the 307-metre tower will be shaped like the horn of a mythical creature and rise from the top of the £1 billion Bloomberg building, which won the Stirling Prize 2018.

Clad in iridescent glass that will reflect rainbows of light down on to the street below, the cone-shaped skyscraper will have several floors dedicated to hot-desking offices and sleeping pods aimed at London’s young, urban population.

“Millennials love to live precariously, which is why we have decided to offer them an exciting new way to live and work in London,” said a spokesperson from the project.

“Who needs to own your desk or your bed when you can have the best view in London, all for a monthly subscription fee?”

The Unicorn will feature giant slide

In keeping with the green credentials of Bloomberg HQ, The Unicorn will be clad in solar panels to generate its own energy and will channel rainwater down to a set of public fountains at its base.

Artist Carsten Holler is collaborating with Foster + Partners to design a helter-skelter slide that will spiral down the outside of The Unicorn.

“By sliding down the exterior of the spire, users will generate their own unique experience and help to save the planet by cutting down the need for return lift journeys,” said an architect at Foster + Partners.

“It will be much better than Anish Kapoor’s ArcelorMittal Orbit.”

As well as the slide and the fountains, Bloomberg has promised to give 50,000 free school-trips to The Unicorn a year, so state school children can learn about the economy whilst enjoying unrivalled views over the city.

“We know it goes completely against planning regulations by being so close to views of St Paul’s, but The Unicorn has the potential to become a landmark for London,” said a City of London planning officer.

“Think of all the members of the public that will enjoy splashing in the rainbow-filtered fountains at the base, safe in the knowledge that private security will quickly hustle any stray homeless people out of the way if they come too close.”

The Unicorn will rival The Tulip in height

News of the tower being submitted for planning may rile the billionaire owner of 30 St Mary’s Axe, also known as the Gherkin, which was awarded the Stirling Prize in 2004.

Joseph Safra, the world’s richest banker according to Forbes, has promised to make the 180-metre-high, vegetable-shaped tower “even better and more desirable” when he bought the building for a reported £726 million in 2014.

At just 305 metres, The Tulip plans to open a glass viewing platform surrounded by circular gondola rides. The Safra Group has promised to build “classrooms in the sky” for local state school children to use on designated days.

Neither building would be as tall as London’s tallest building, The Shard. Designed by Renzo Piano the 310-metre-high building has offices, bars and restaurants, and a hotel spread over its multiple floors.

Rumours that any architects who plan to build something taller than The Shard end up befalling a terrible death are entirely unfounded.

The post Norman Foster unveils plans for The Unicorn tower to rival The Tulip appeared first on Dezeen.