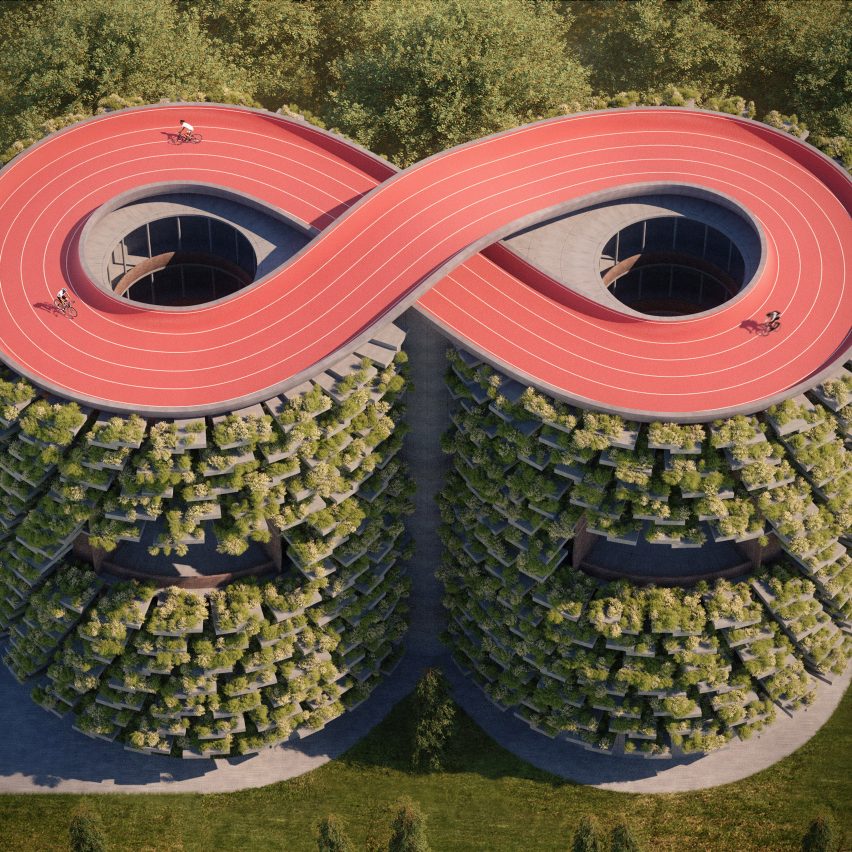 Architecture studio Nudes has designed a school covered in plants and topped by a cycling track shaped like an infinity symbol for Pune, India.

Forest School in Pune is the winning entry for a competition to design a new educational facility for the city in western India. 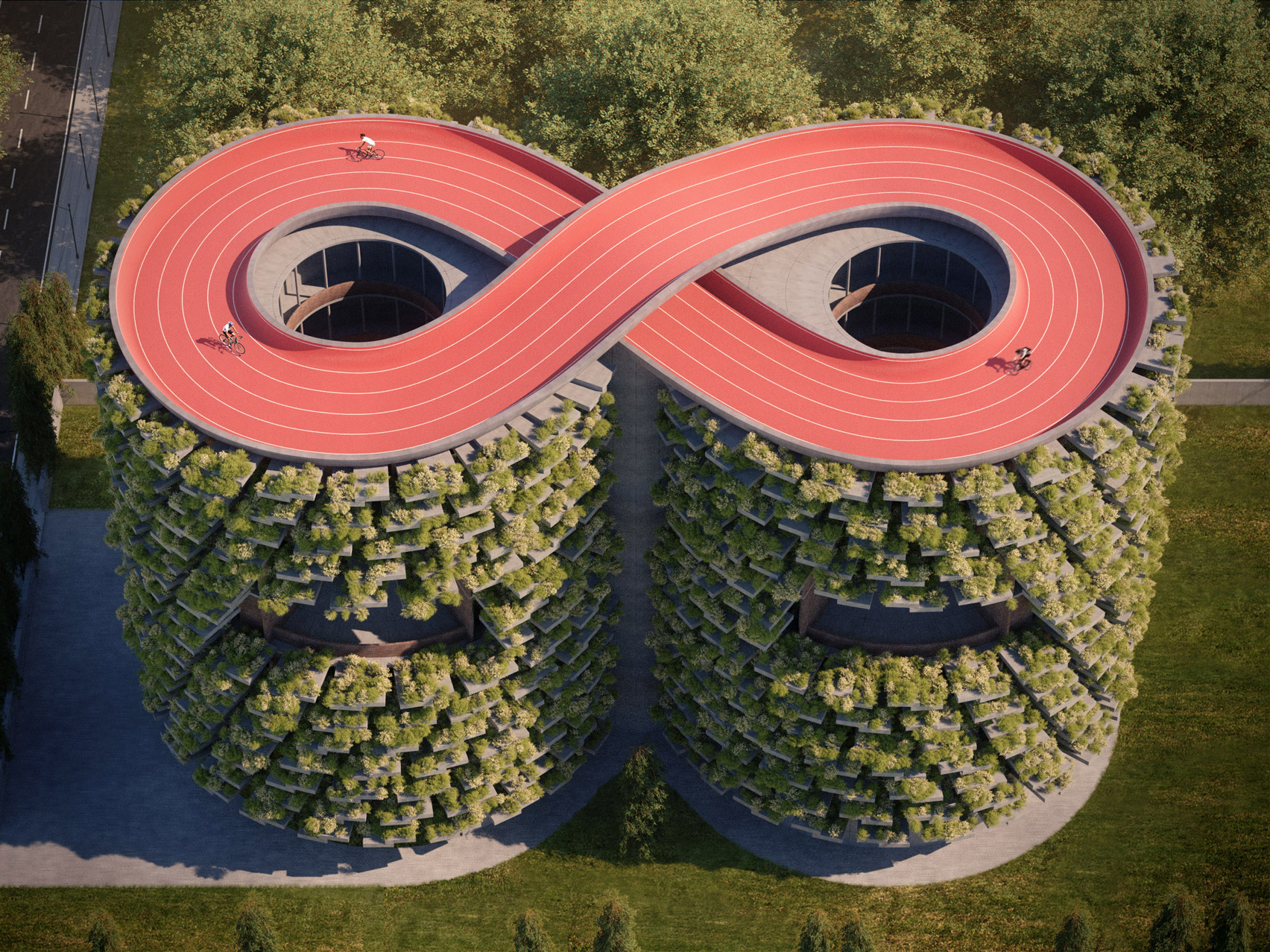 Nudes‘ plan for the school is to build a conjoined pair of six-storey cylindrical towers wrapped in greenery, with a looping cycling track on the roof.

At 32 metres at its highest point, the school will feature a double-height auditorium at ground level with five floors of classrooms above. 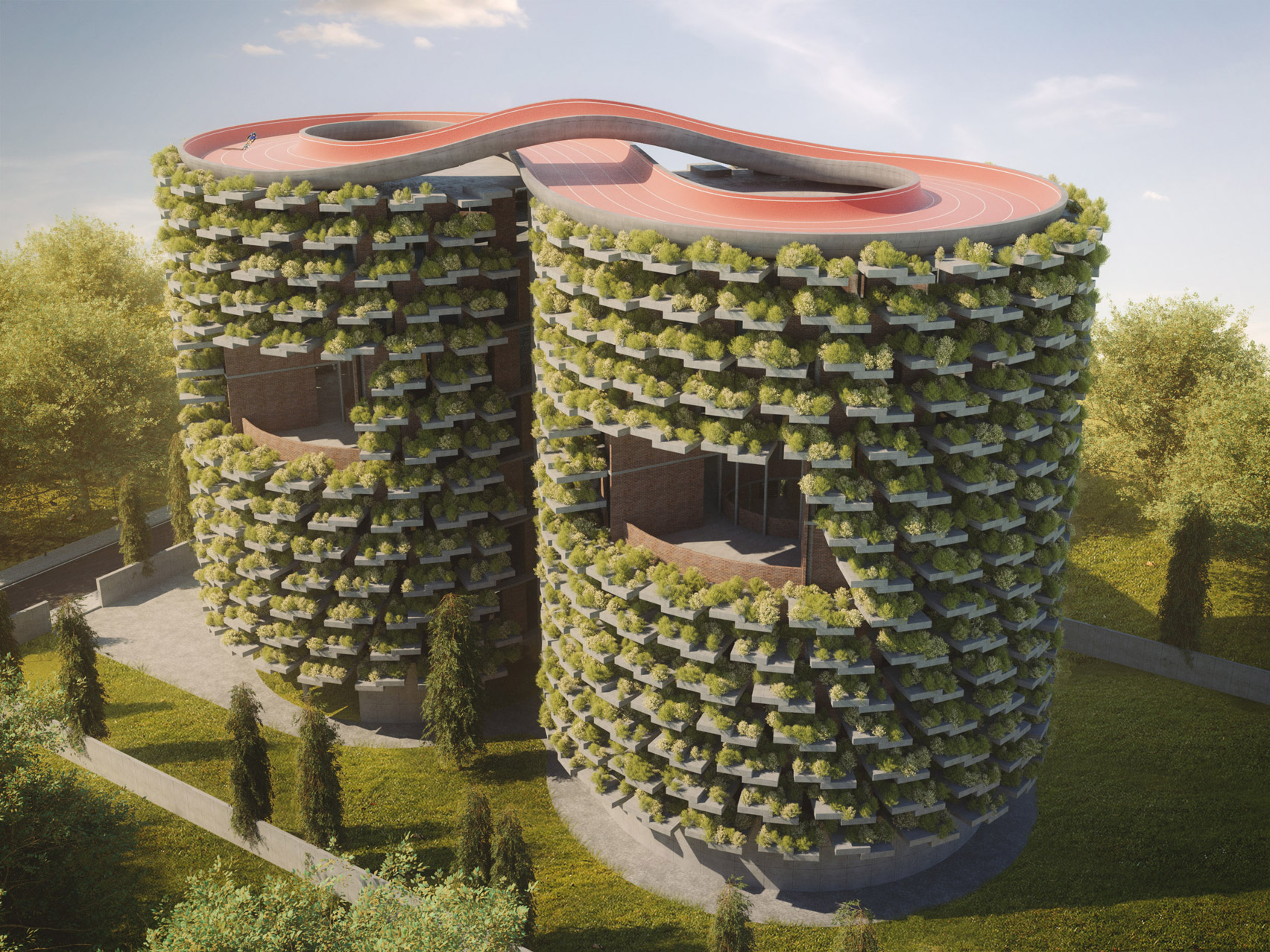 The cycling track that tops the building will create two bridges between the towers, one raised over the other to complete the endless circuit.

Stepped balconies covered in plants will ring the exterior of both buildings, creating a vertical forest up the facade. 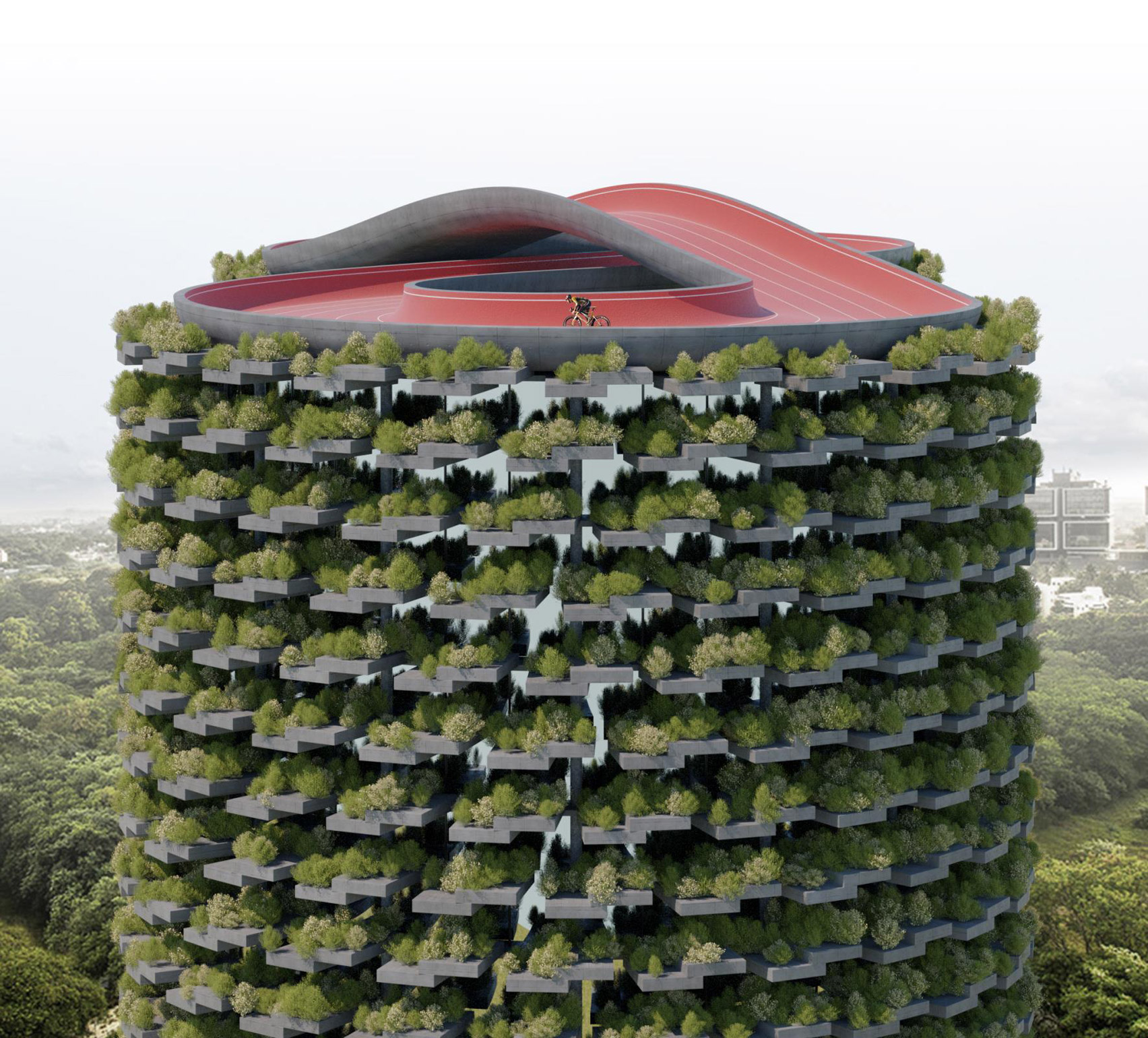 “Pune is approximately three hours by road from Mumbai, and the city has witnessed dramatic urban growth in the last decade,” said Nudes founder Nuru Karim.

“The ‘green living skin’ serves to purify the air from pollutants and related challenges affecting the health of the inhabitants of a city,” he added. 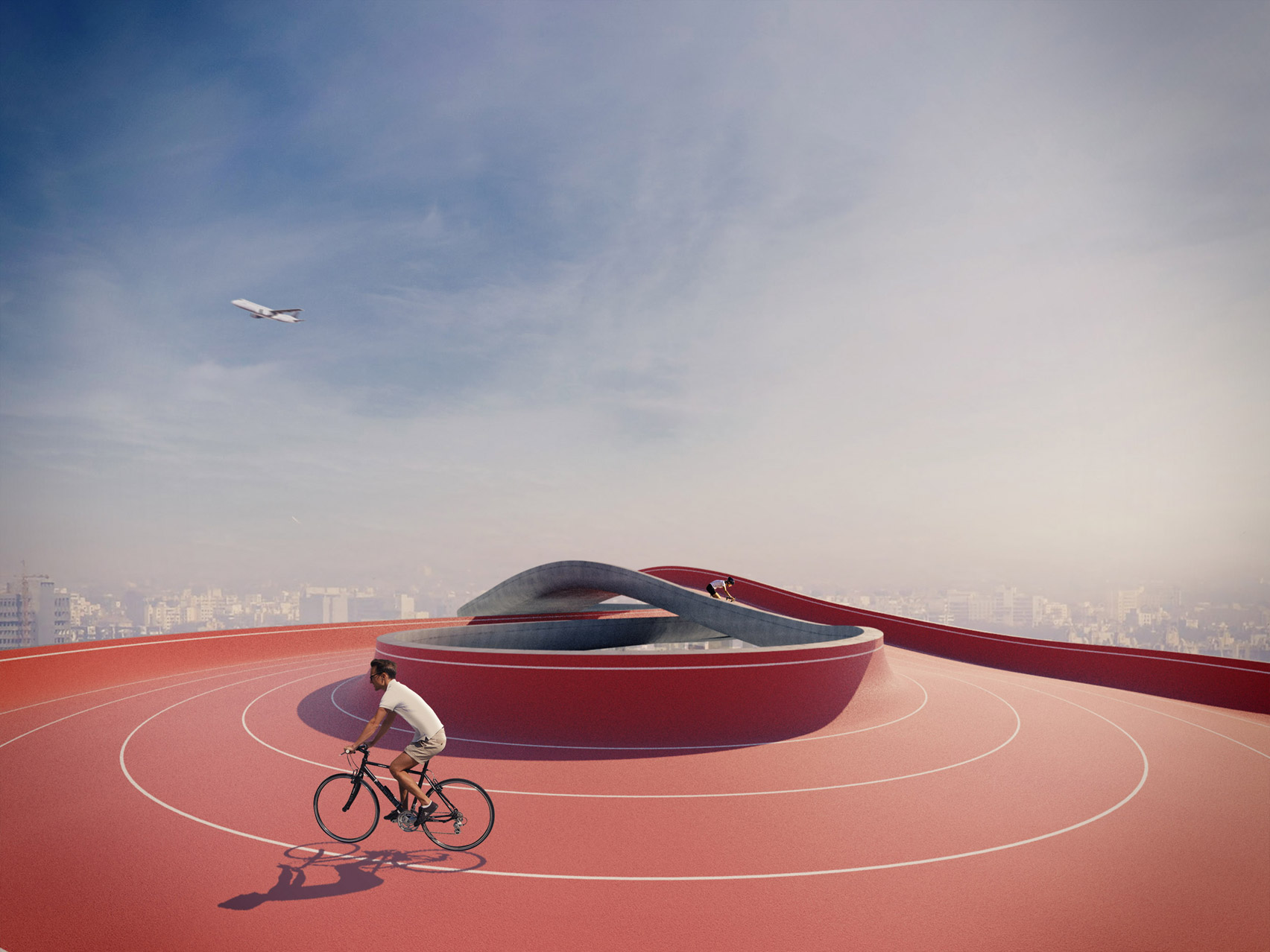 Plants can remove pollutants from the air by a process called phytoremediation, whereby certain plants are able to absorb toxic chemicals via their leaves or roots. They also convert carbon dioxide into oxygen via photosynthesis.

Pune is the eighth-most populous city in India and has been suffering from worsening air quality for years. In 2018, a study showed that air pollution in Pune was four times higher than the safe standard set by the World Health Organisation. 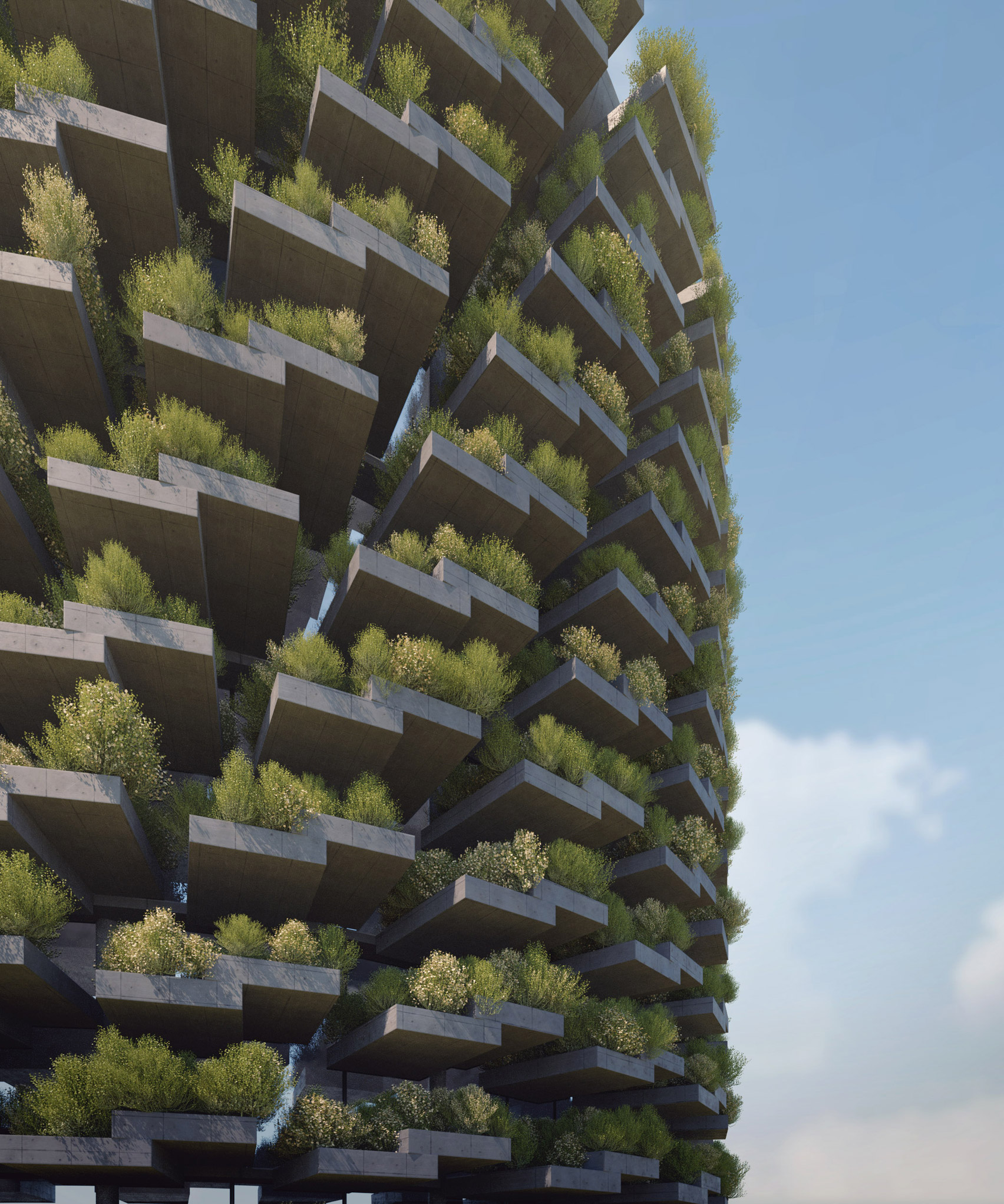 Nudes’ Forest School addressed Pune’s urban issues by adding plants at every level and creating “a bicycle track for a city starved for pedestrian walkways and cycling tracks”. A swimming pool and tennis courts will be built at basement level.

A service track accessible on each floor will allow professional horticulturists access to the green facade, so they can maintain the plants. 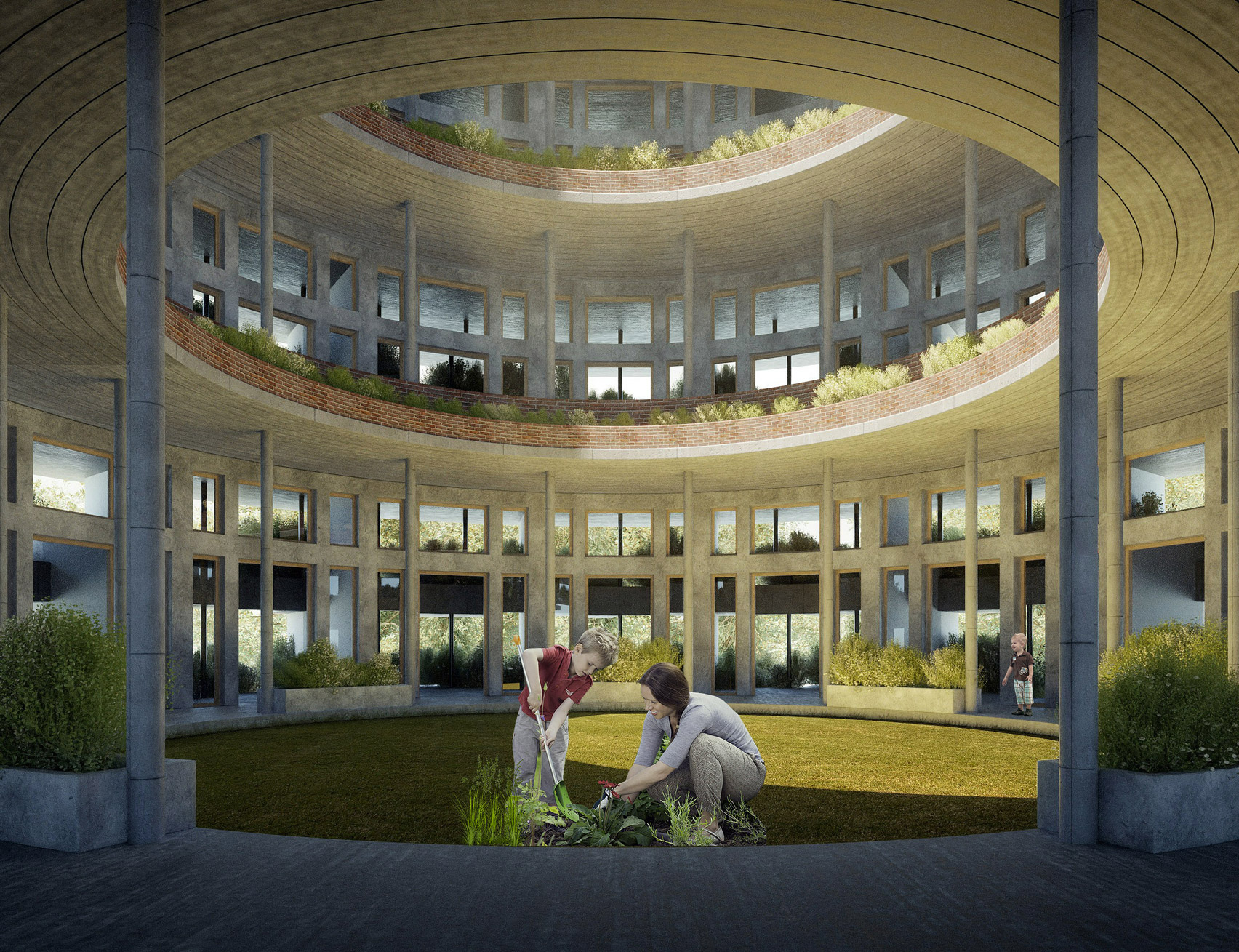 “Students would not be permitted to access these plants due to safety concerns,” Karim told Dezeen.

“However some of these plants would be grown and nurtured by students at the ground level and courtyard level before being placed by trained gardeners at higher levels.” 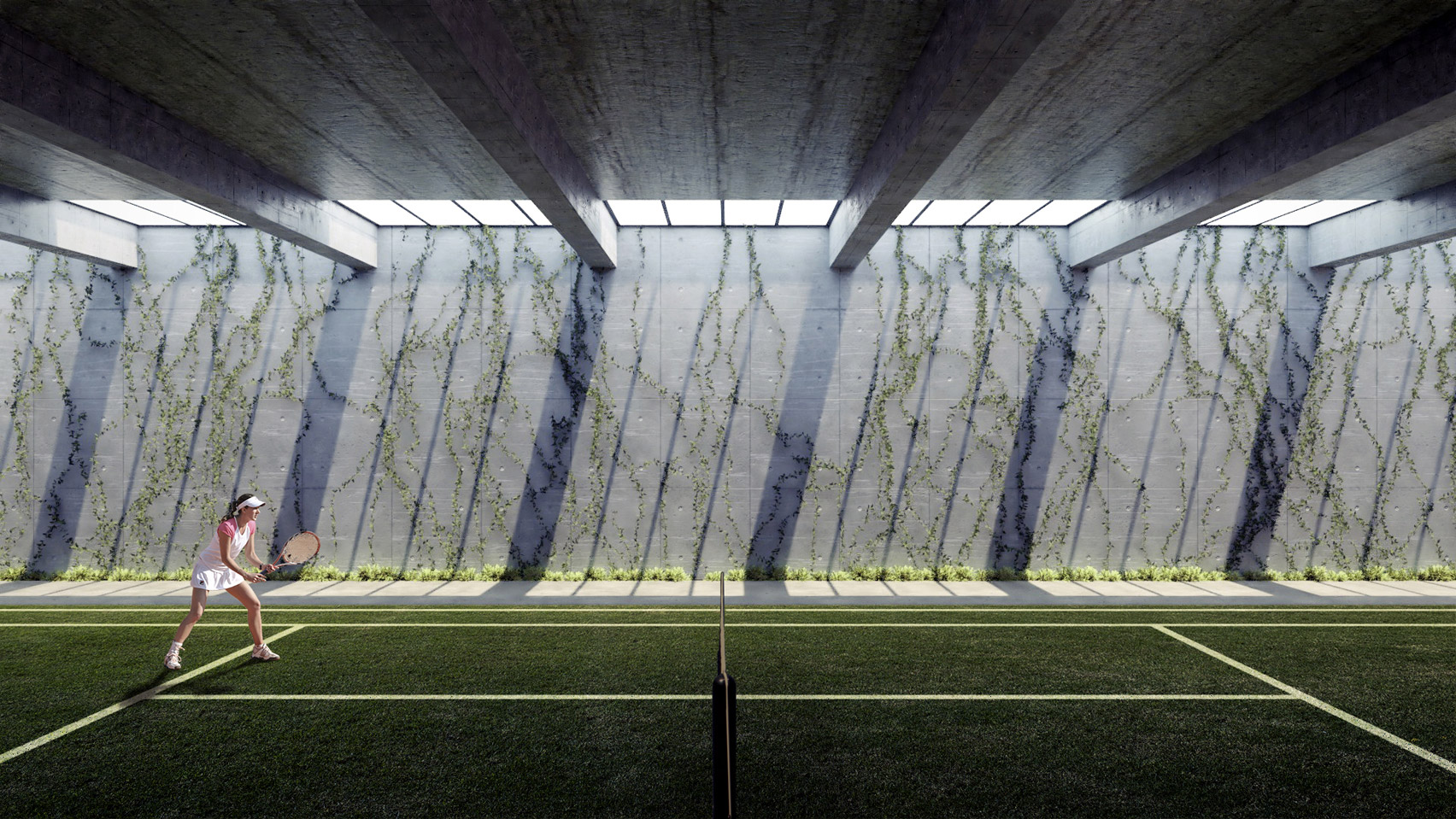 The leaves of the plants will also shade the building to help it keep cool naturally in hot weather, and provide a buffer for noise.

Forest School in Pune will teach children through from nursery age to 18. Nudes hopes the project will be a healthy school environment, with opportunities for hands-on learning about the environment and climate change. 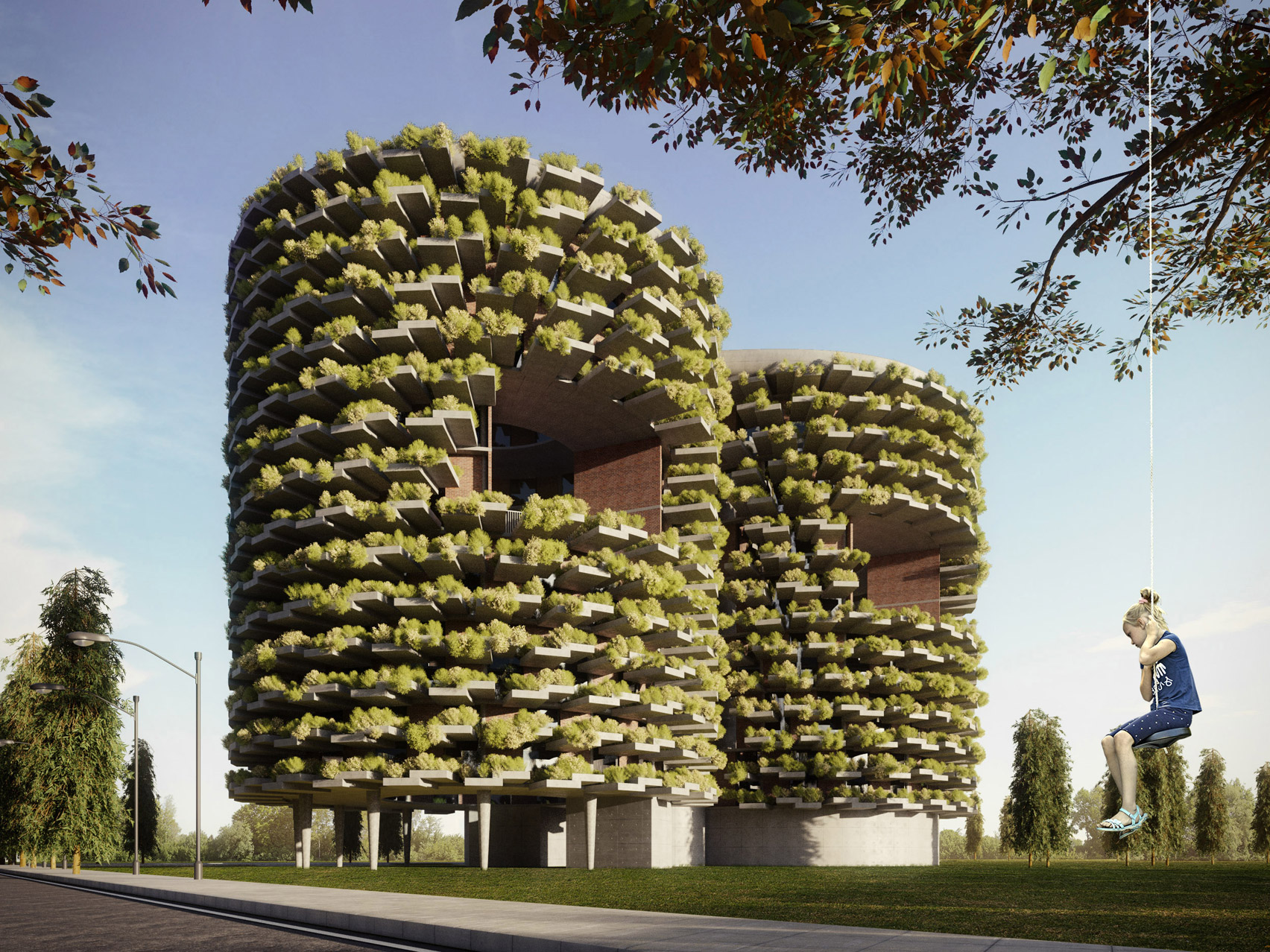 Due to the coronavirus pandemic, construction will not start on the project until 2021.

Nudes architecture office, founded by Karim in 2007, has a particular focus on sustainability and learning.

Other projects by Nudes include a pavilion made of undulating bookshelves to support adult literacy in Mumbai, and a cafe made from recycled cardboard.