As part of a huge revamp of the Central European University, Irish architecture firm O’Donnell + Tuomey has added a new limestone-clad building to a street in downtown Budapest. 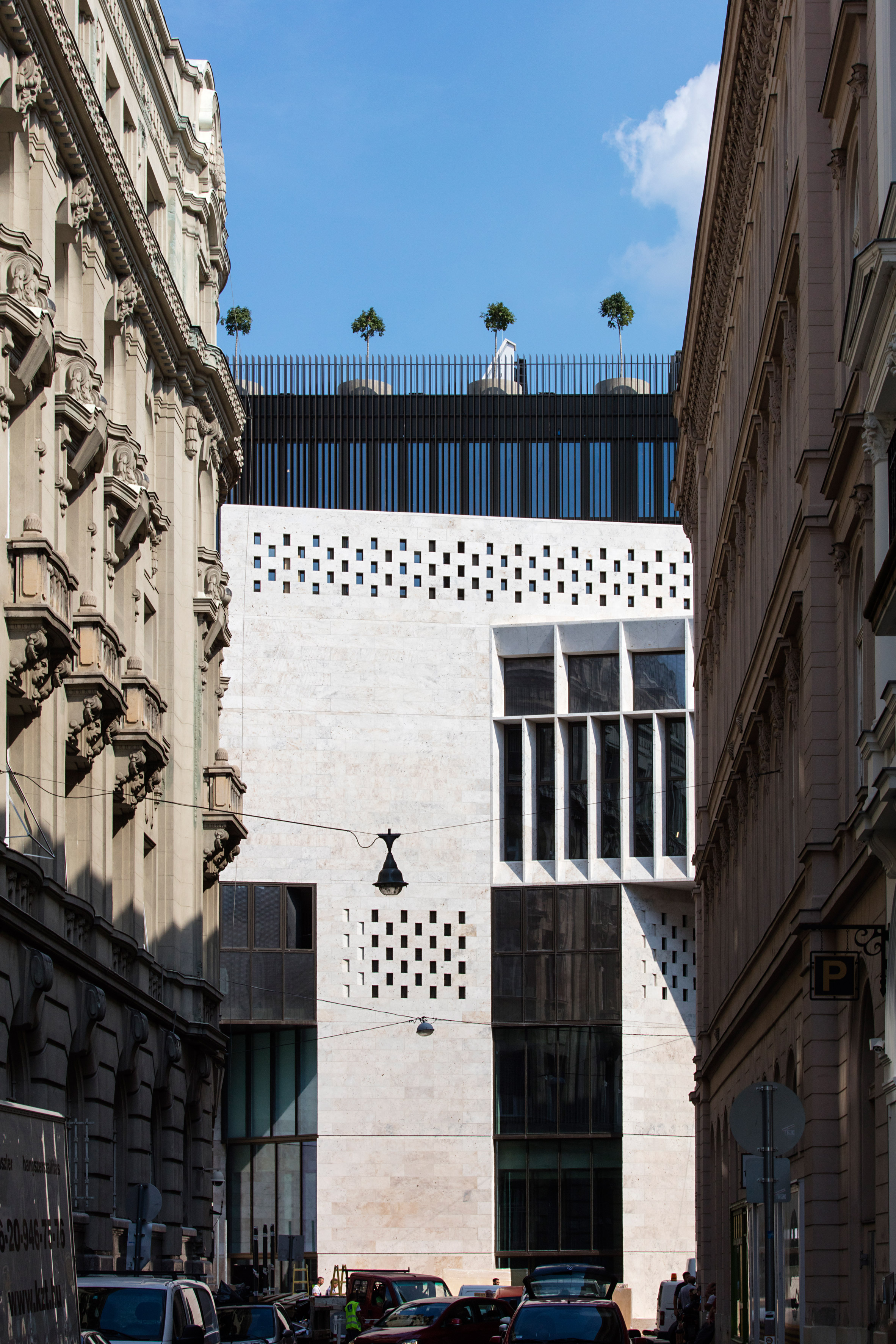 The firm led by architects Sheila O’Donnell and John Tuomey is completely overhauling the graduate school, with a masterplan that involves linking up historic structures and courtyards with new limestone-clad buildings.

To do this, the team have adopted a “surgical strategy” of removing unnecessary structures, adding roofs over courtyards, and creating new connections between existing buildings. 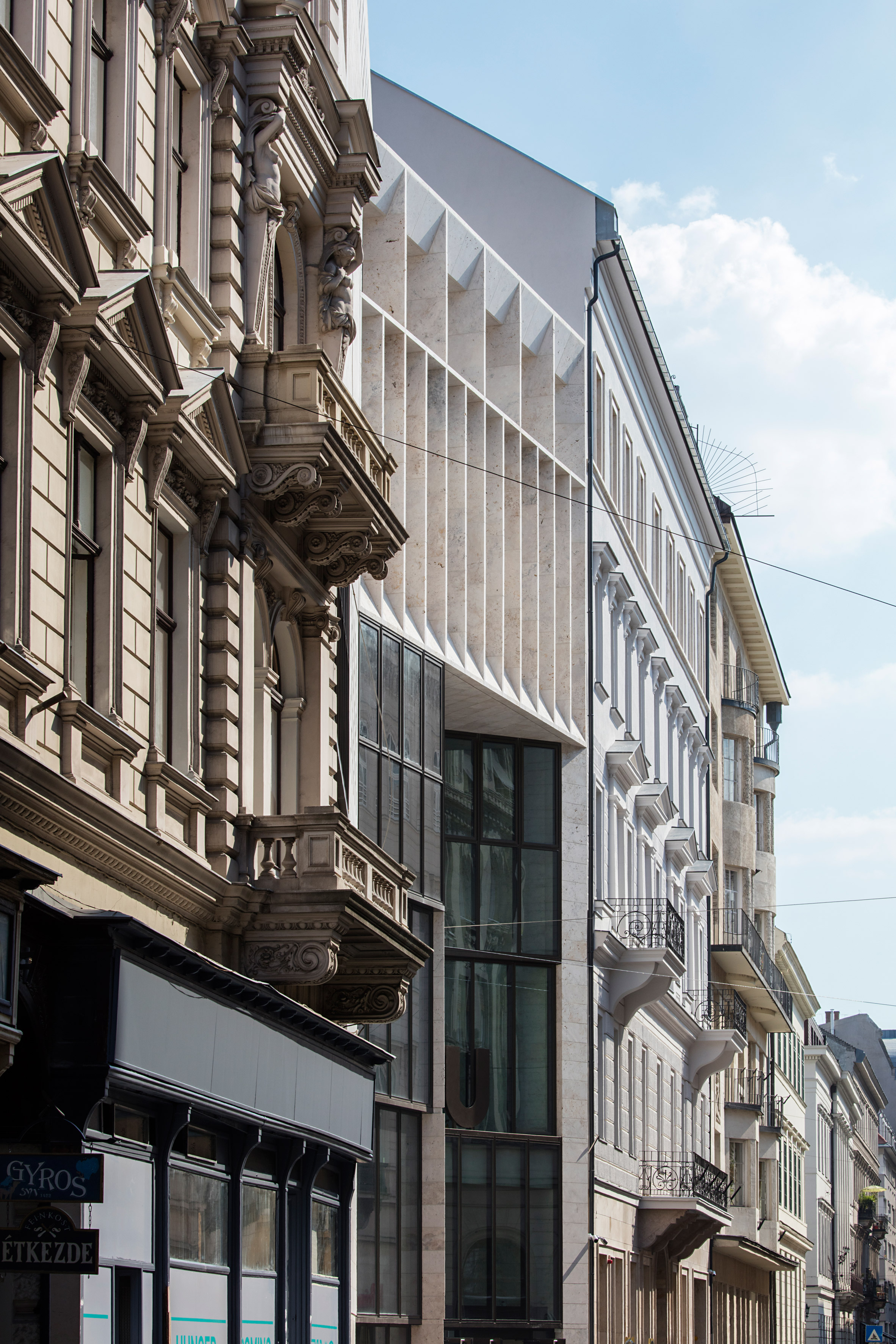 “We proposed a phased strategy, making connections between existing courtyards, demolishing inefficient buildings and designing new buildings around a series of courts,” explained the studio.

“Courtyards are roofed over to provide a tempered environment from the climatic extremes in winter and summer,” it added. “The courtyards are the campus, providing circulation system and social space.” 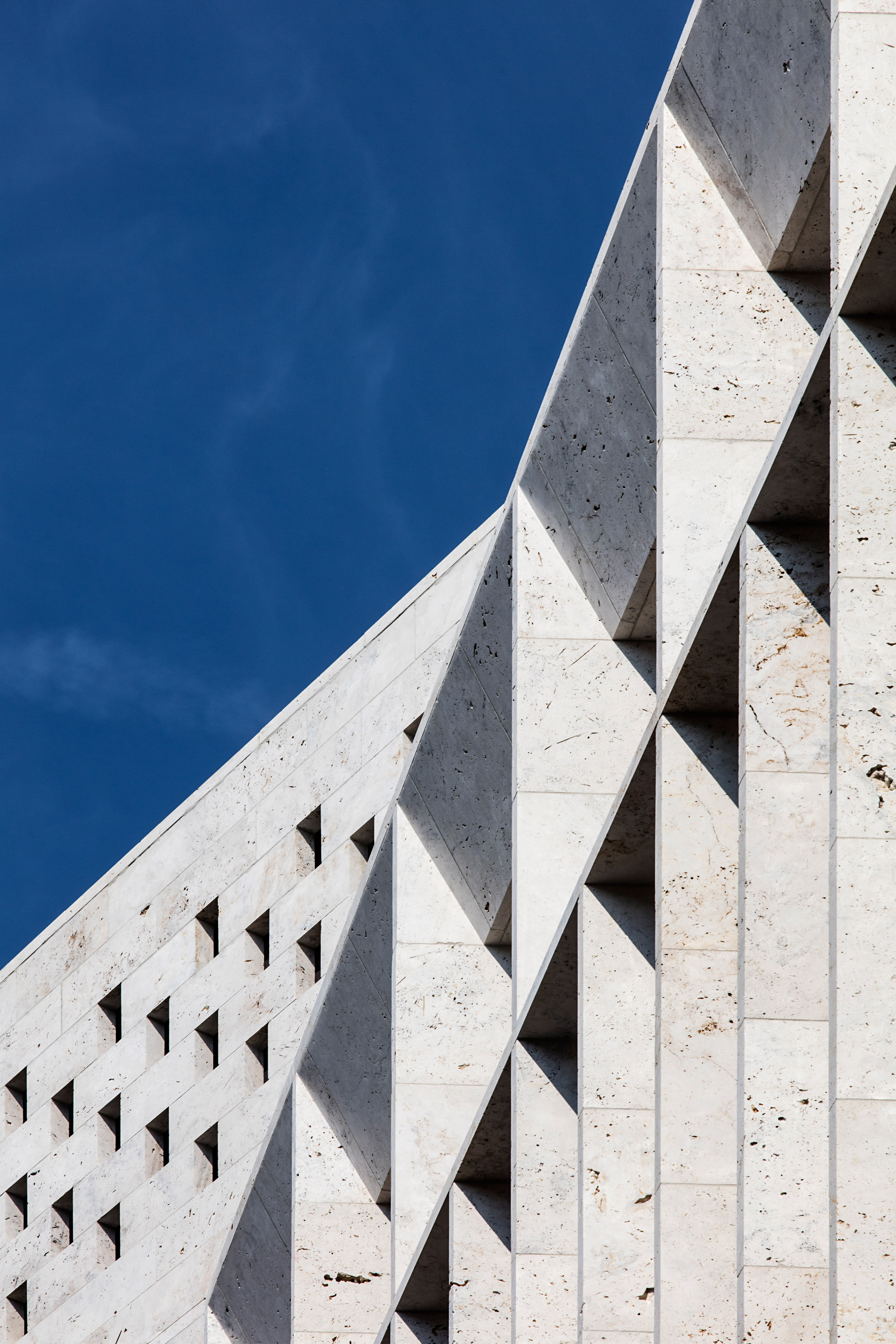 For the first phase, which is the only part completed so far, the architects have revamped one of the university’s buildings and added another alongside it.

The new building is designed to give the campus a new focal entrance. It features a limestone facade, patterned by small rectangular perforations, and broken up by a grid of contemporary glazing. 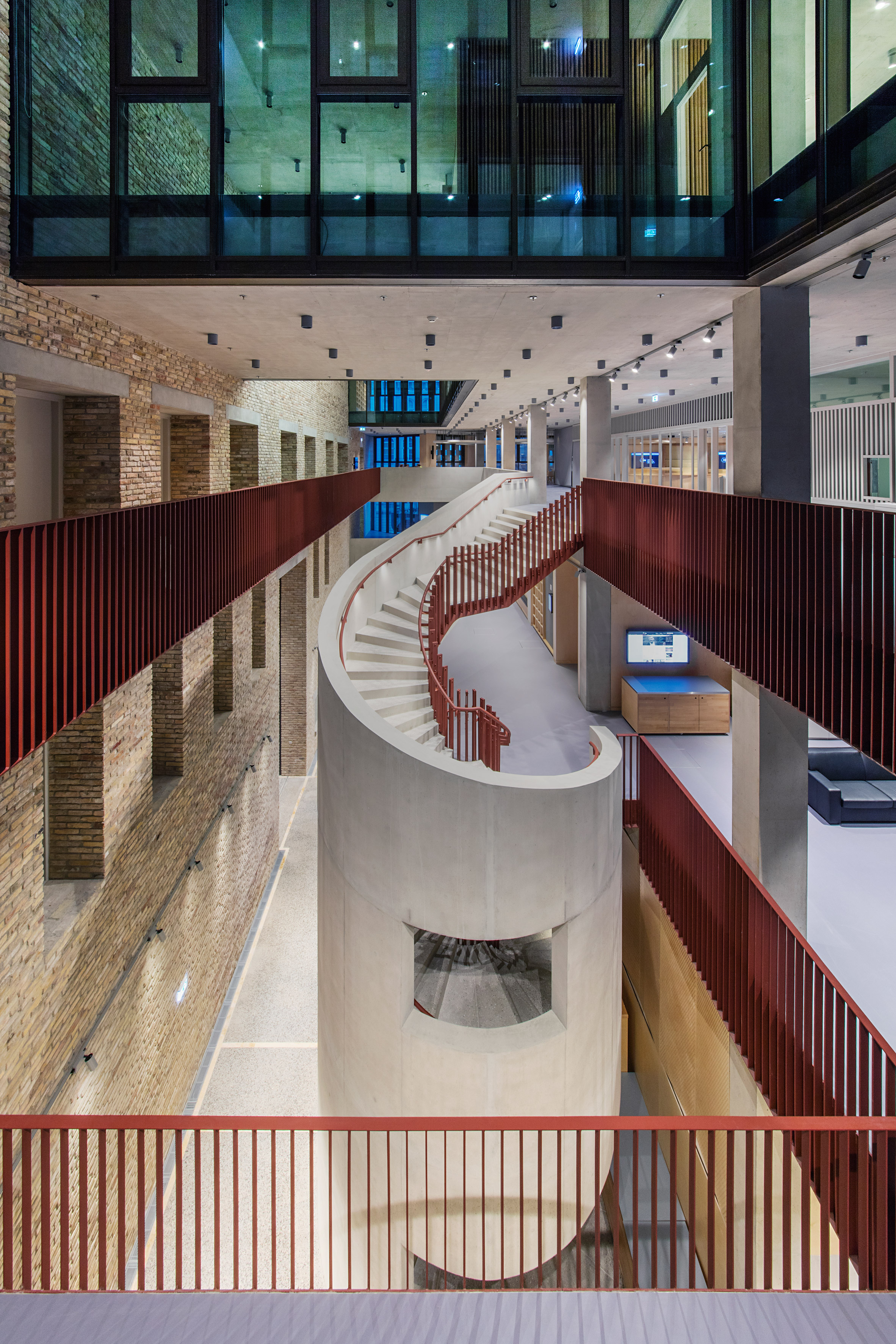 “The contemporary expression of the new building at Nador 15 is designed to be in sympathetic conversation with its neighbours,” said the studio. “The limestone facade is locally sourced from the same quarry as most of the historic buildings in the city.” 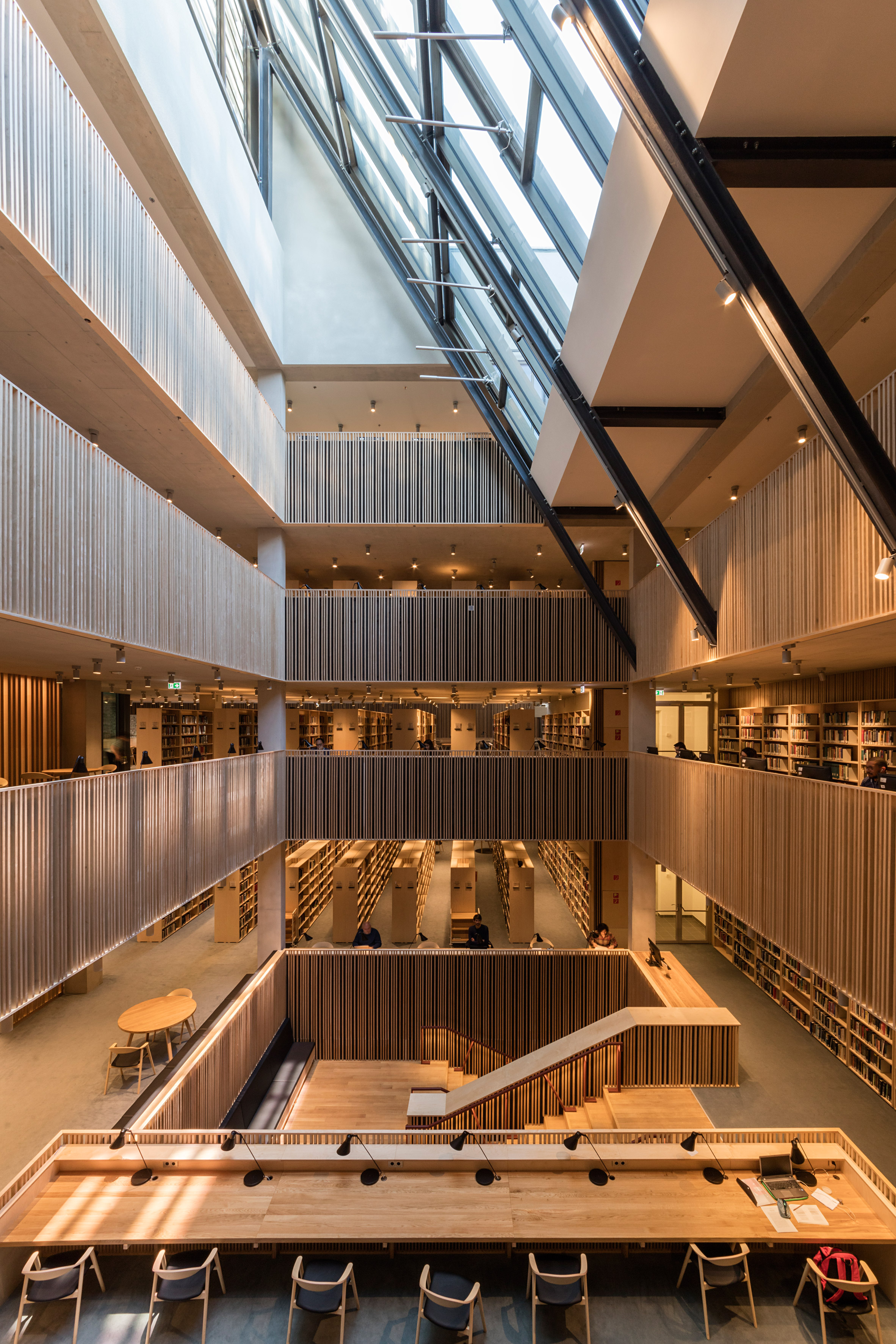 Inside, visitors arrive through a generous atrium with a spiral staircase at its centre and a cafe at the rear.

From here, they can find their way to a library, an auditorium and conference facilities. They can also access the refurbished neighbouring building, which now contains a covered courtyard used to host events, as well as a business school.

A new roof garden spans both buildings, offering views over the city’s rooftops. 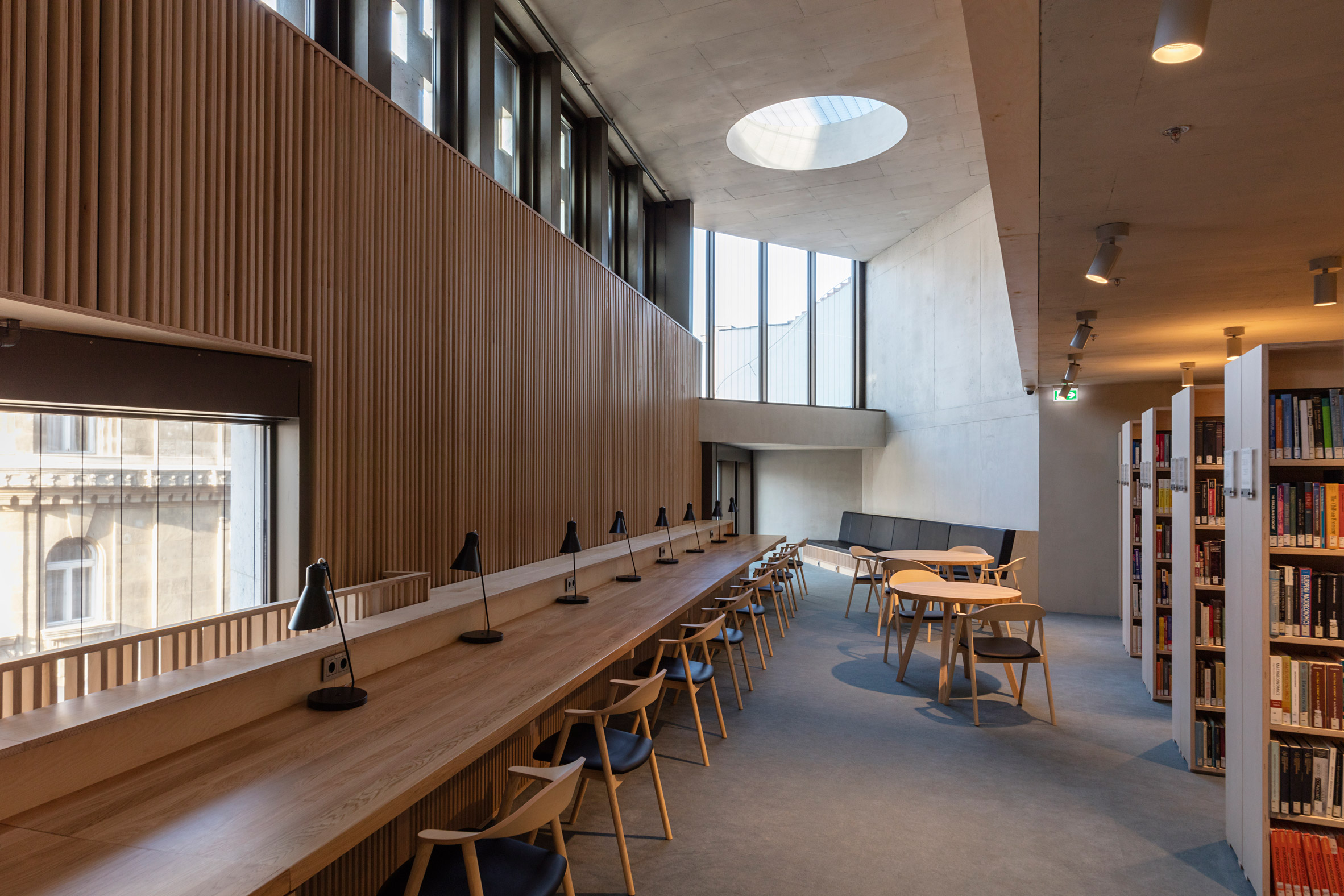 Central European University (CEU) is a US- and Hungarian-accredited graduate school specialising in social sciences and humanities. Up until now the school’s academic and administrative services were split across rented and owned property on both sides of the Danube river.

O’Donnell + Tuomey’s masterplan will consolidate the university into a single 35,000-square-metre campus, all located within a part of Budapest that is classified as a UNESCO World Heritage Site.

Later stages of the project will see the architects construct one more new building, and renovate four others. 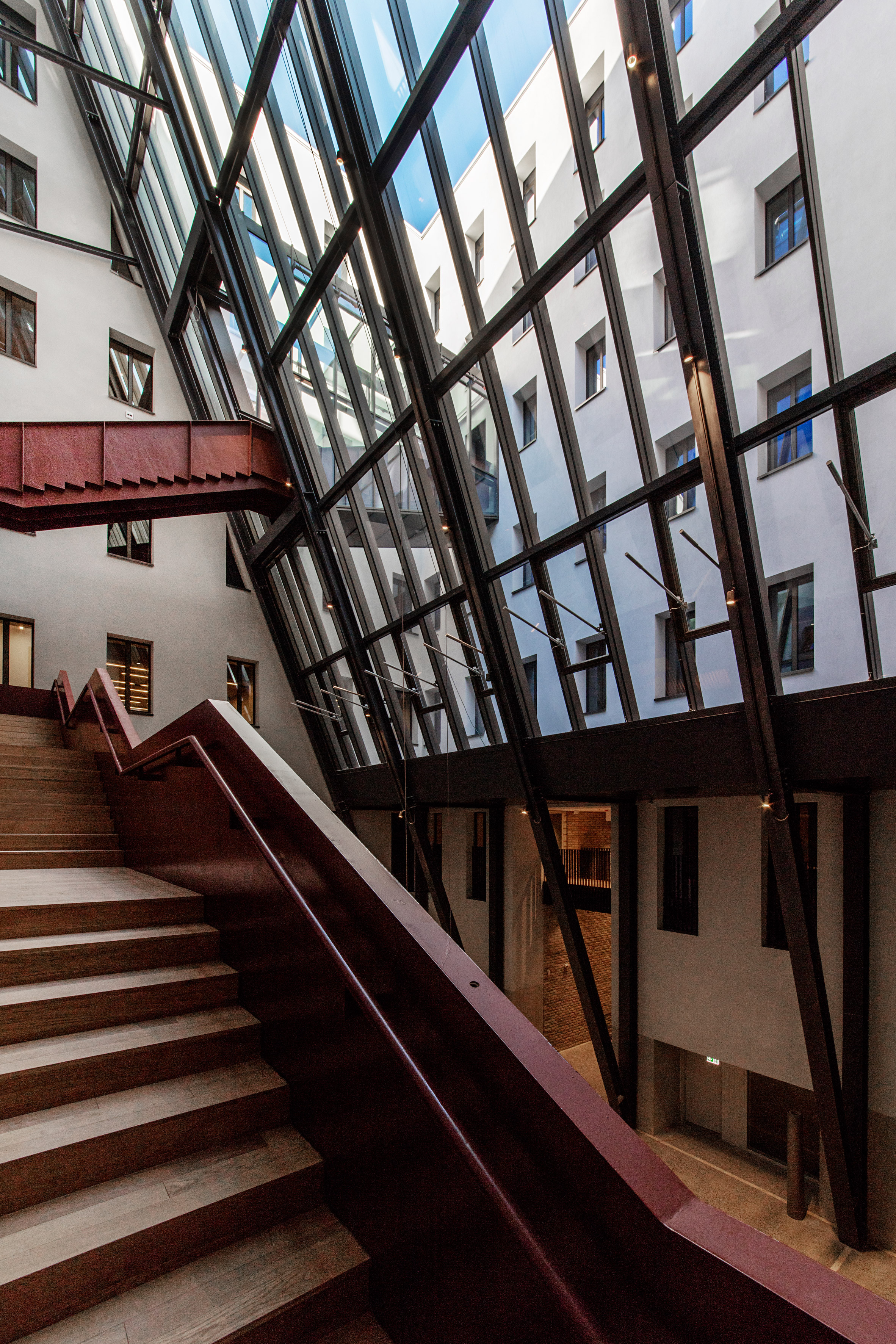 O’Donnell + Tuomey is based in Dublin. Its founders were awarded the Royal Gold Medal for architecture in 2015, thanks to projects including the Lyric Theatre in Belfast and the London School of Economics student centre.

The firm is collaborating with local firm Teampannon on the CEU project. Other current projects include the new £1.3 billion cultural quarter at London’s Queen Elizabeth Olympic Park.