Rem Koolhaas’ firm looked at urban-design patterns when drawing up plans for this laboratory building at an engineering school on the outskirts of Paris. 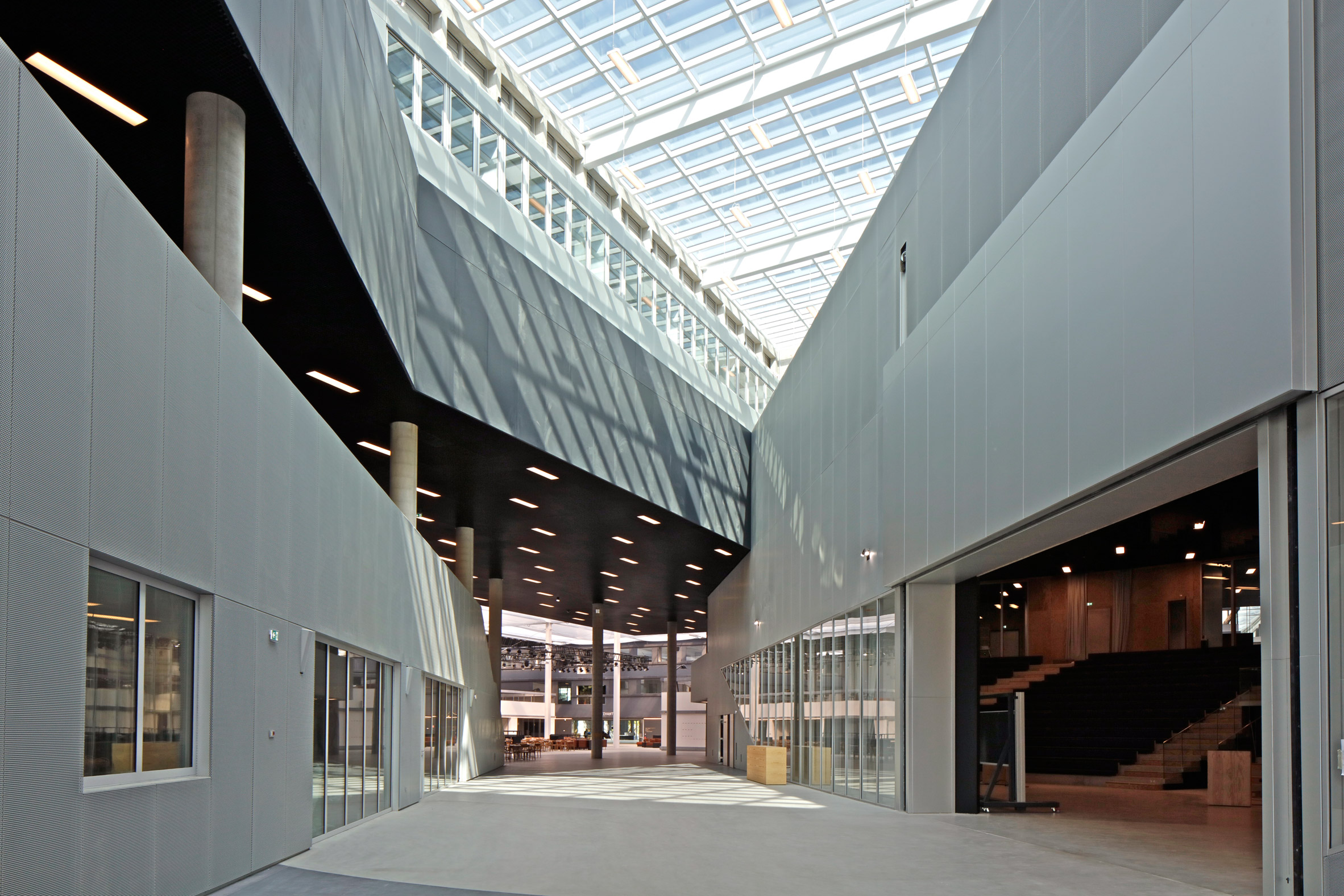 Called Lab City, the building was designed by OMA to provide a new facility for Ecole Centrale Paris, a French university that specialises in science and engineering.

But the design team – led by partner Ellen van Loon – didn’t want the building to follow the usual template of laboratory buildings, which it sees as bland boxes containing dark, maze-like interiors. Instead, the aim was to create a more bright, open interior. 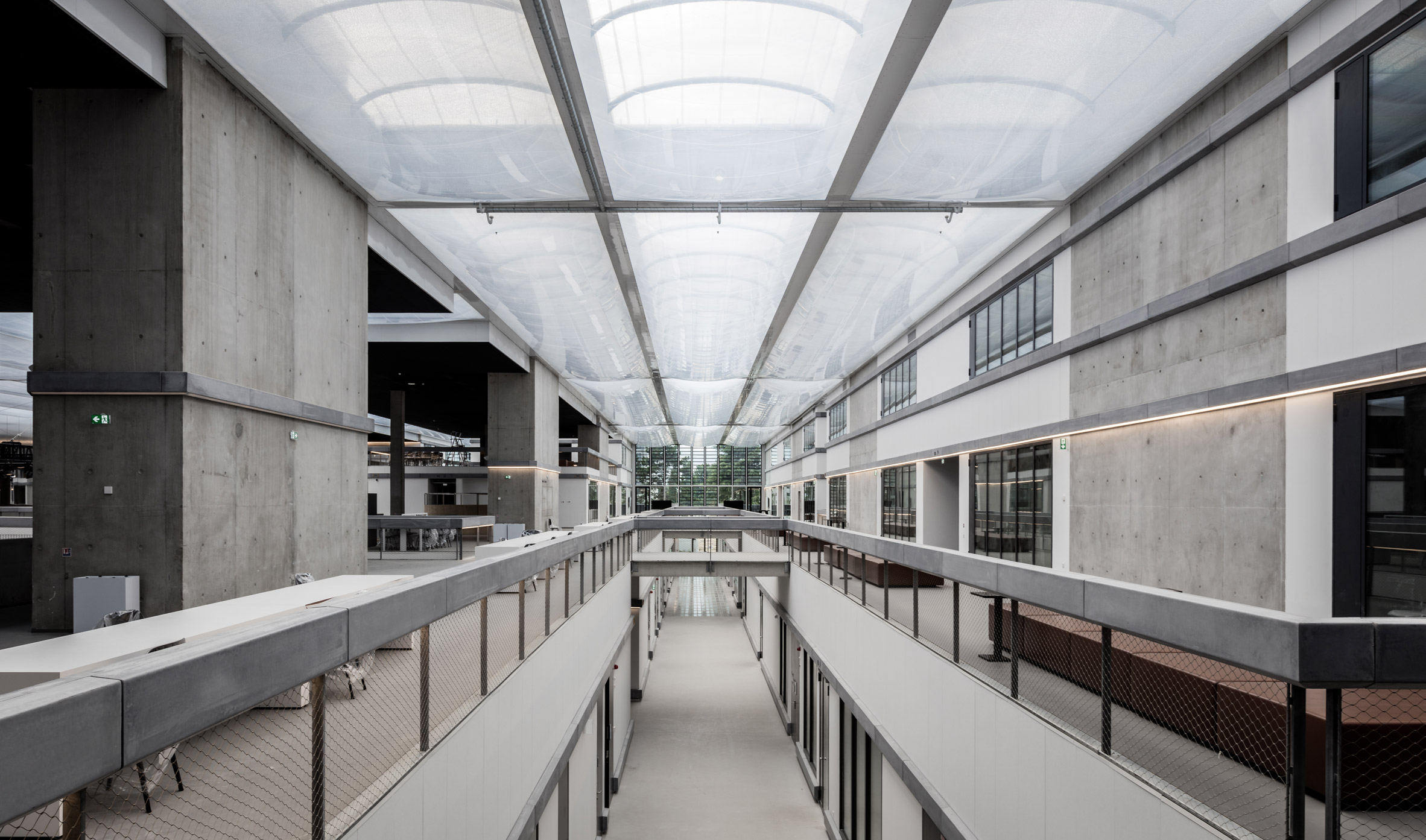 To achieve this, the building was conceived as a “superblock”, where each set of rooms feels like a separate building, and corridors are more akin to streets. The whole structure is then covered by a transparent roof of ETFE – a fluorine-based plastic that is a cheaper and more lightweight alternative to glass. “Laboratories are typically planned as linear buildings,” said OMA. “Such a typology creates a blackout of the urban conditions; the building becomes a gigantic wall due to its extremely isolated and internalised programmes.”

“We can instead imagine laboratories as a collection of discreet parcels in an open-plan grid; in this way, a ‘city’ can accommodate endless configurations of programmes and activities.” 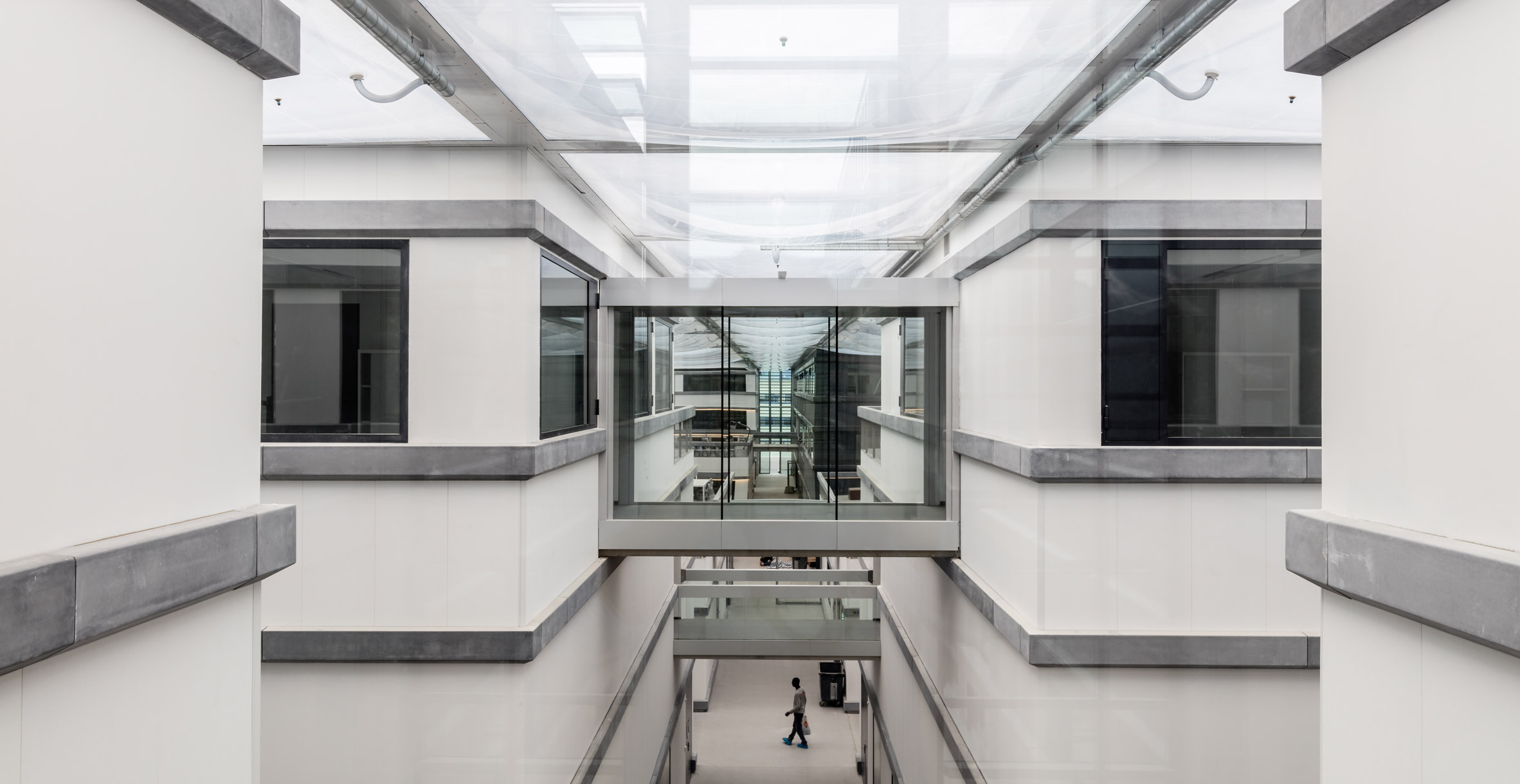 A main “street” runs through the centre of the complex, linking a neighbouring engineering facility with the site of a future metro station. This avenue is three storeys high, and crossed on upper levels by bridges.

A network of smaller passageways connects up with this main artery, creating the basis for the city grid. Offices, laboratories, a library and a restaurant are framed by this grid, occupying blocks in a variety of different sizes. There is also a plaza-like space filled with tables and chairs, an auditorium shaped like an amphitheatre, and a number of elevated terraces. The structure has an industrial feel to it, with exposed concrete walls and columns, metal mesh balustrades and screed floors. Meanwhile, the ETFE roof forms a series of barrel vaults that create a sense of grandeur.

“The design integrates urbanism with the school, supplanting the homogeneous experience of the campus,” said OMA director Clément Blanchet, when the design was first revealed in 2012. “It’s an attempt to define the actual aesthetic of science.” OMA ranked at number nine on Dezeen Hot List 2016. The firm, which was founded by Rem Koolhaas back in 1975, today has offices in seven cities around the world. 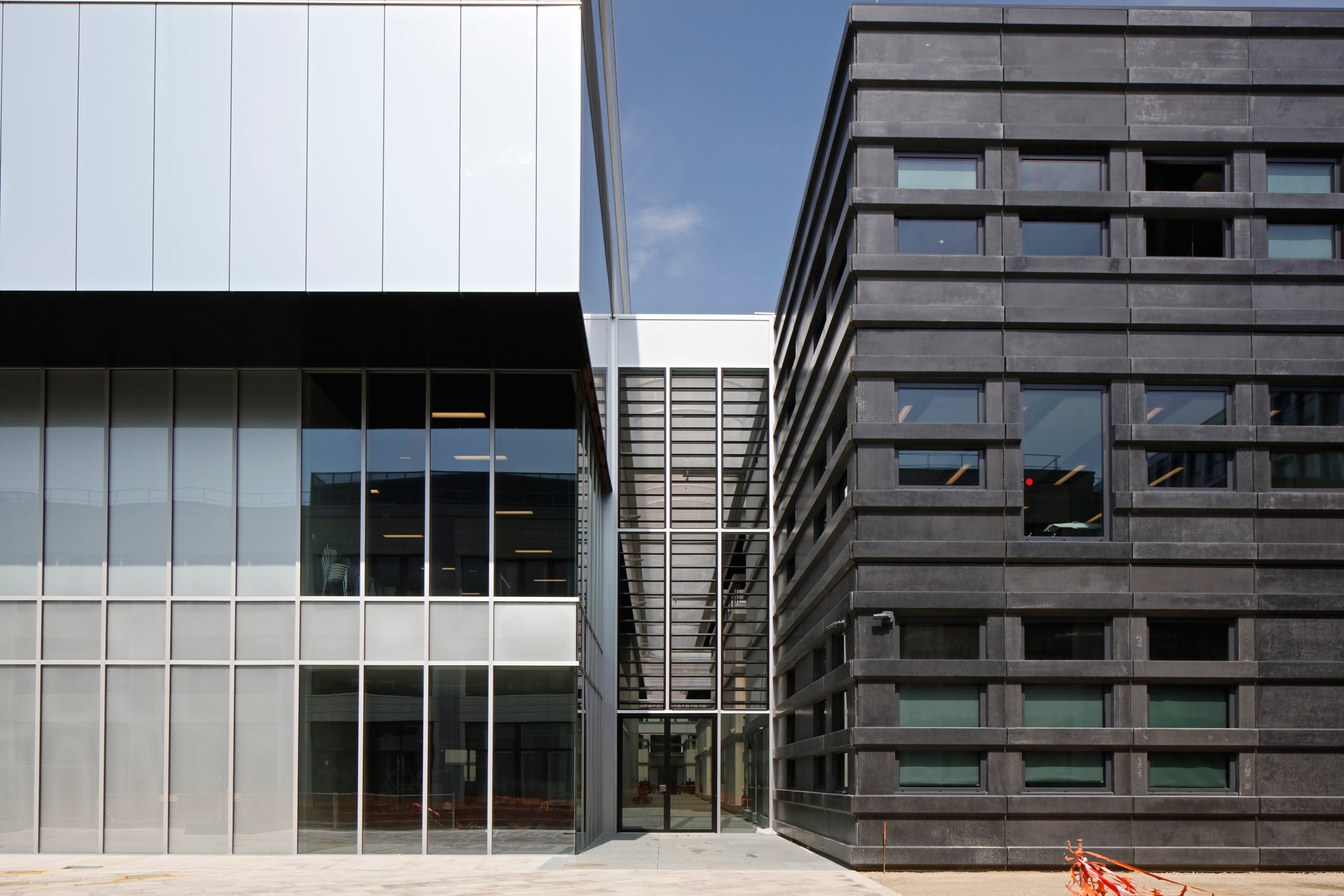 Other projects the firm has completed in France include the cross-shaped Bibliothèque Alexis de Tocqueville library in Caen and the flagship Paris store for jewellery brand Repossi.

It also won a competition to design a new bridge for Bordeaux and is working on plans to create a contemporary art gallery for Galeries Lafayette in Paris.

Photography is by Vitor Oliveira and Philippe Ruault, courtesy of OMA. 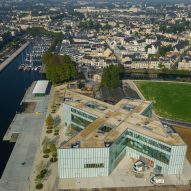